At some point during my two weeks in Antigua, I got the feeling that I should “do tourism.” This guilt starts to plague me occasionally when it’s been a while since I saw a sight, signed up for an activity or did anything, really, outside my comfortable non-travel travel routine of working, working out, and “researching” restaurants with wifi.

So one morning, as I walked Antigua’s cobblestone streets from my breakfast café office to my lunch café office, I signed up for an afternoon hike of Antigua’s most popular volcano, Pacaya. 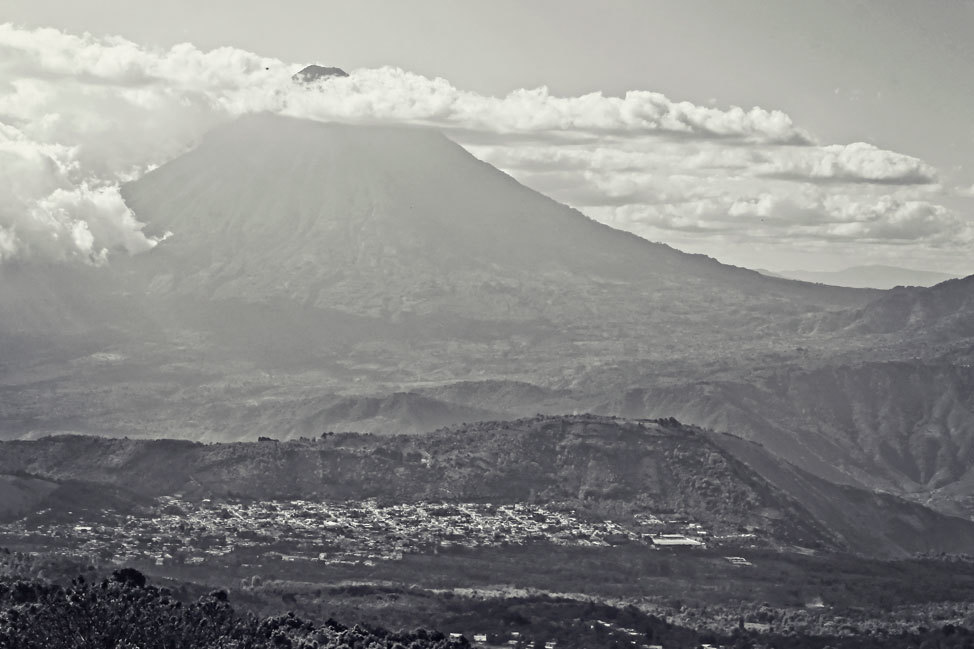 After a winding ninety minute drive outside Antigua — I’d later recall this as being the most physically testing portion of the trip — we arrived at the base of the volcano. There, I was surprised to hear our guide say it would be a mere 6 kilometers, or 3.7 miles, up and down (at first I thought he meant each way!) and it would only take us about ninety minutes of ascending to reach the summit.

Considering we’d doubled that mileage in our attempt to reach Hobbitenango on foot a few days before, I felt more than ready to conquer Pacaya. 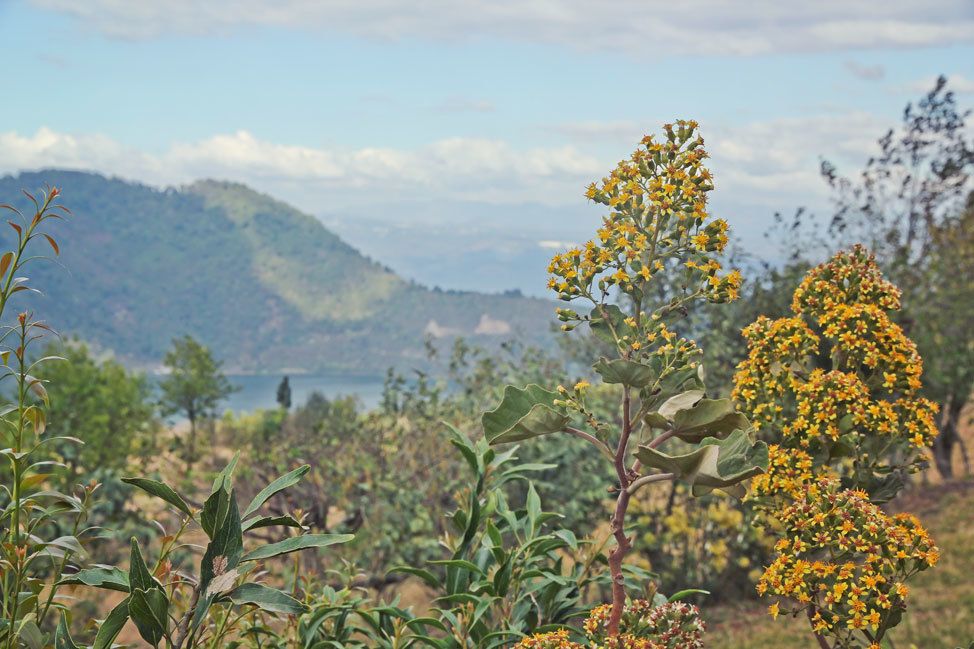 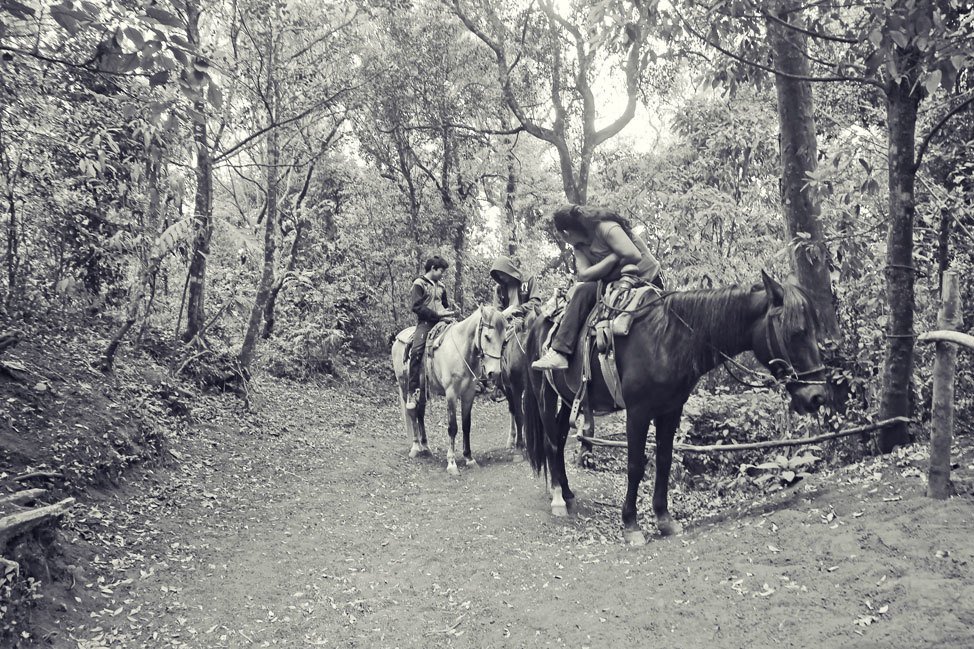 We stopped frequently along the way, though I found it somewhat unnerving that a group of horse “taxis” followed behind us nearly the entire way, hoping that some in our group would be unable to make it to the summit with their own two legs.

In spite of the woman who announced as soon as we set off that she hated hiking and was prone to fainting spells, we went horseless, and it wasn’t long before we reached 7,368 feet in elevation. 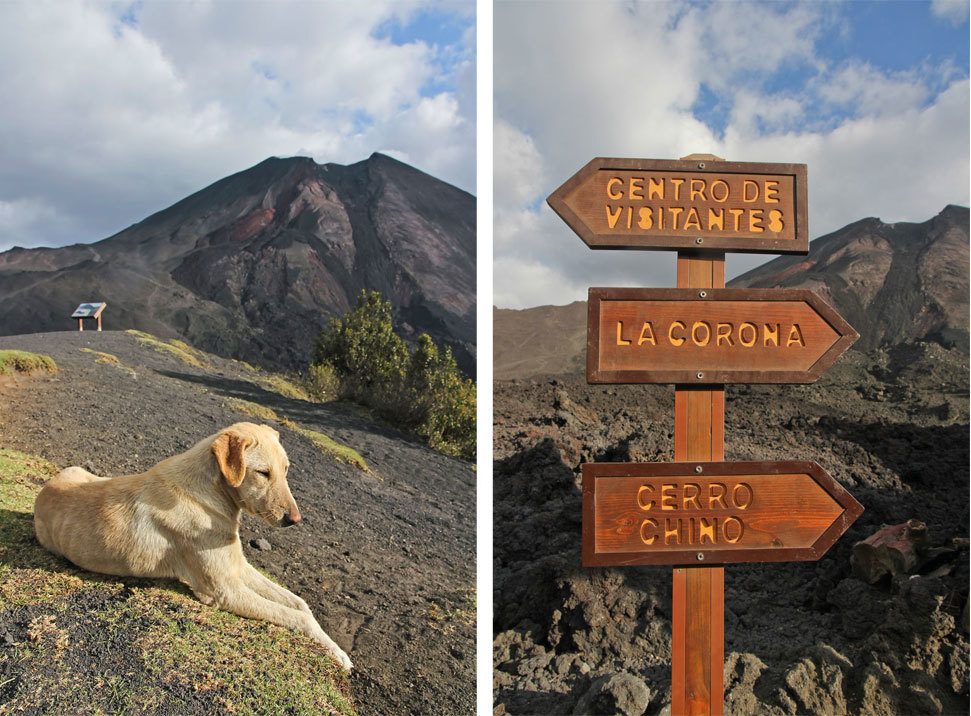 I admit I did a double take when we got to the steaming summit and found a small jewelry boutique there. The unique pieces, handcrafted from pieces of lava, were smartly designed and beautifully displayed. A fluently English speaking volunteer explained that they were from an artists cooperative of local women living around the volcano, and after hearing his speech I decided it would simply be rude if I didn’t pick up a pair of tiny triangle stud earrings made of black volcanic rock!

Rude, I tell you! 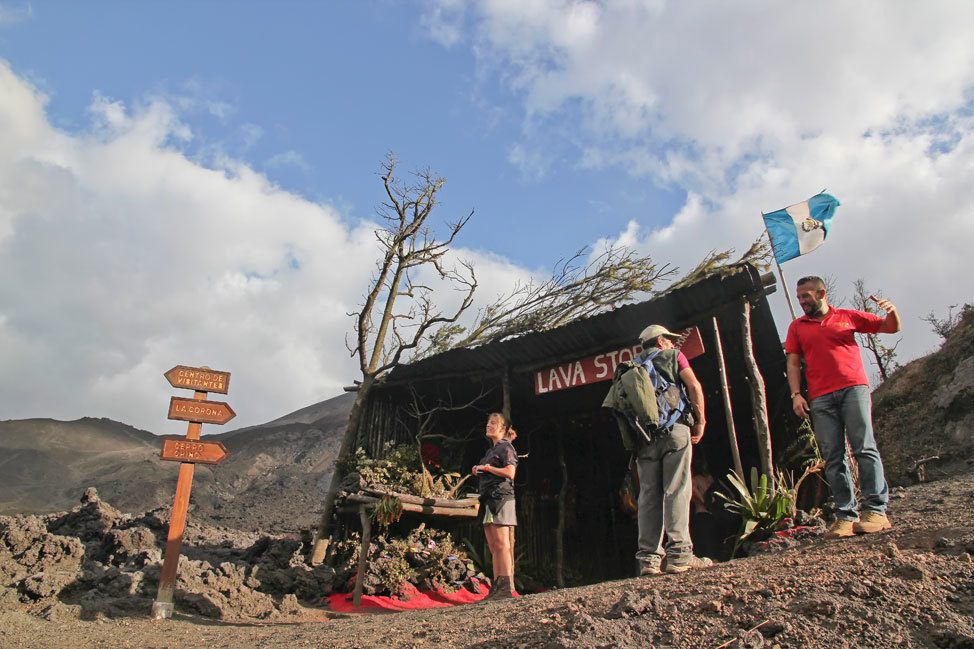 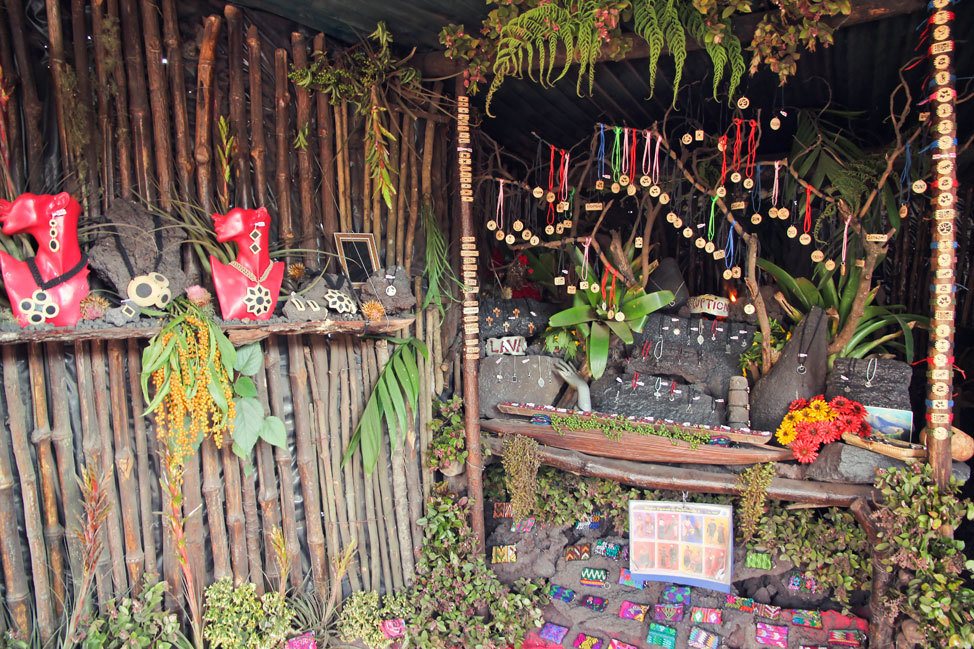 After all that exhausting retail purchasing, I was pleased to break for a snack in the form of the macarons I’d brought from Metiz back in town. Jewelry purchasing, precious snack eating… this was really shaping up to be quite the glamorous volcano trek. 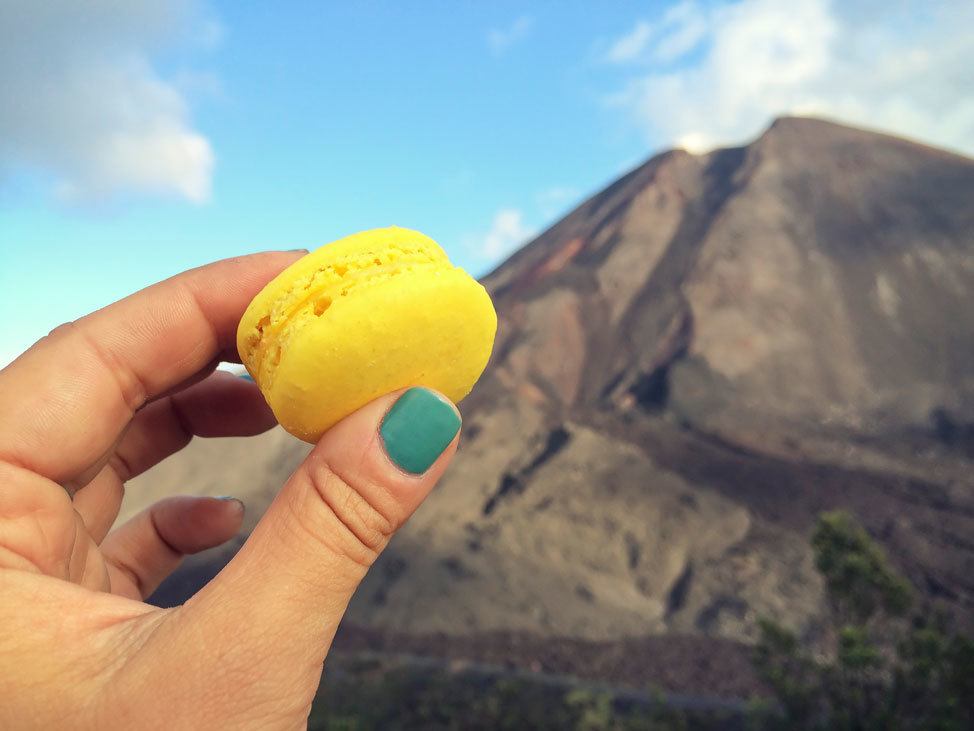 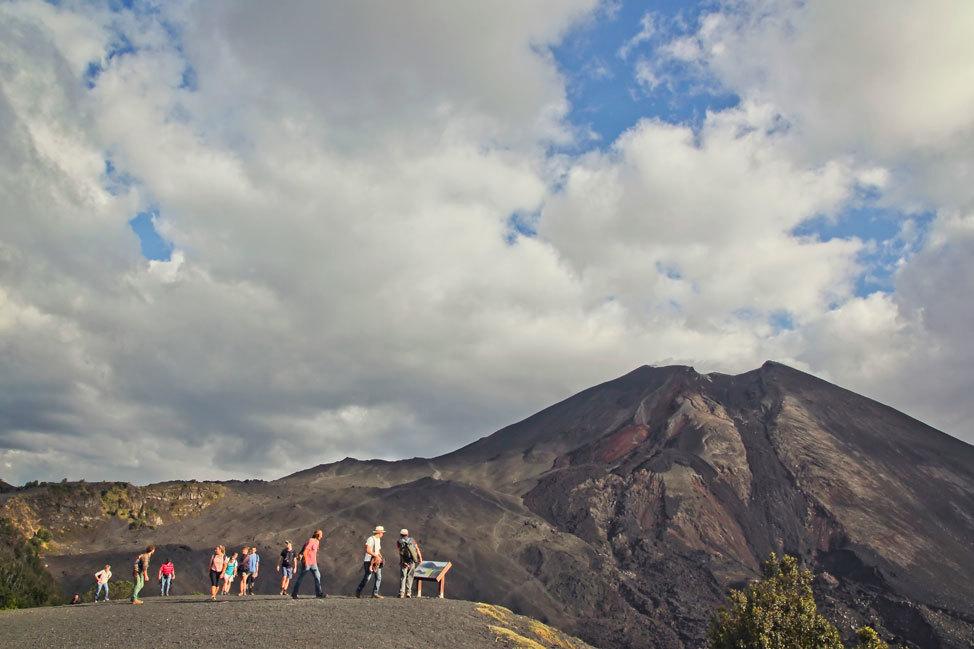 And then it was time for the highlight of any Pacaya trip: roasting marshmallows over a volcanic vent. 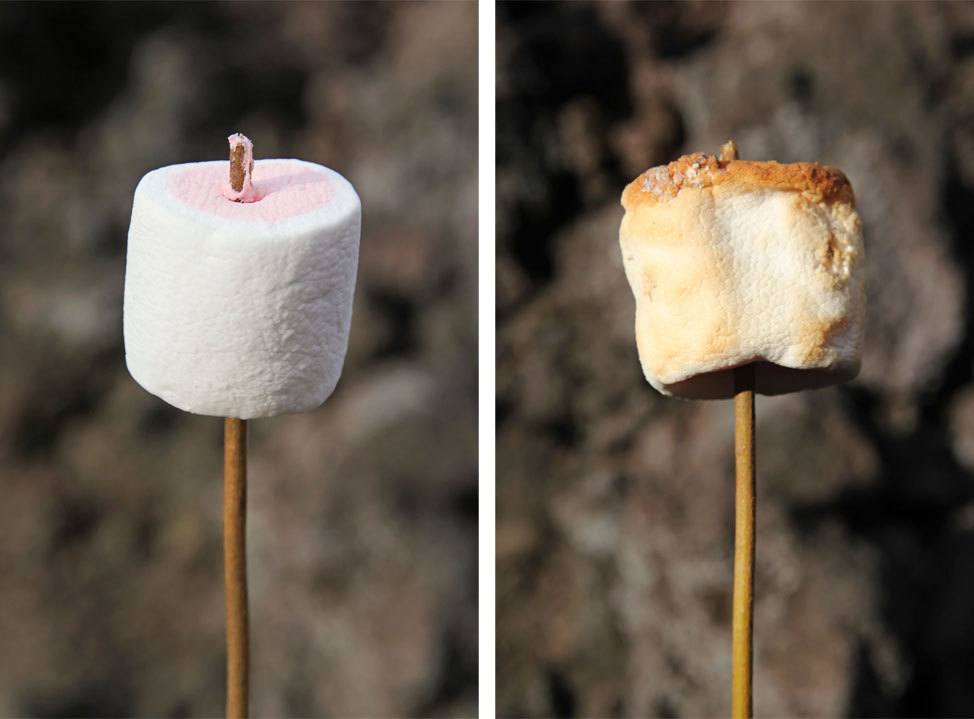 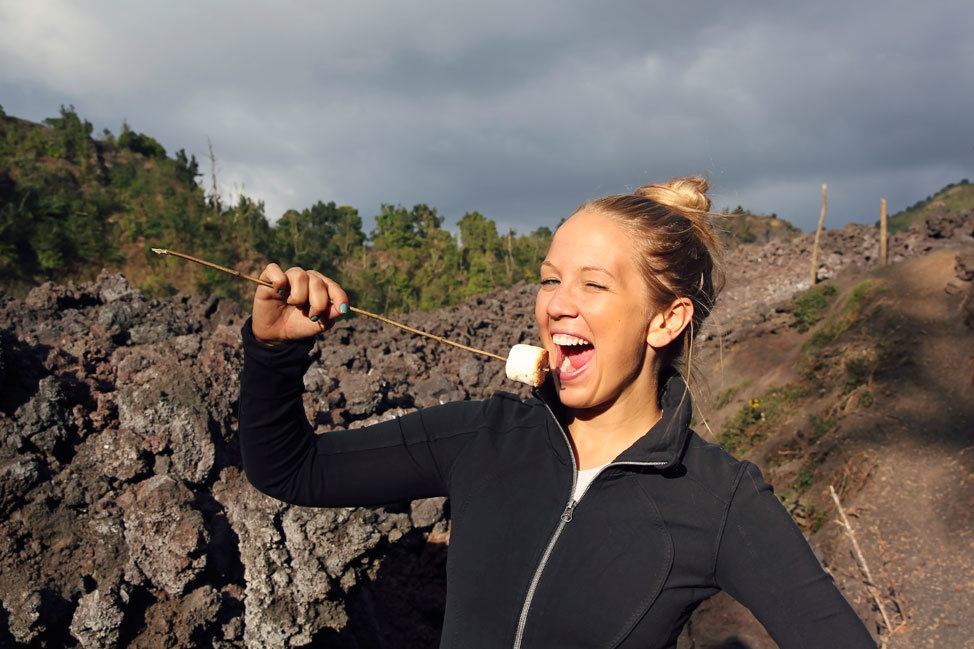 Was it gimmicky? Yes. Was it delicious and fun? Yes and yes, so that’s all that really matters. I only regret that I didn’t pack graham crackers and chocolates along with those macarons. 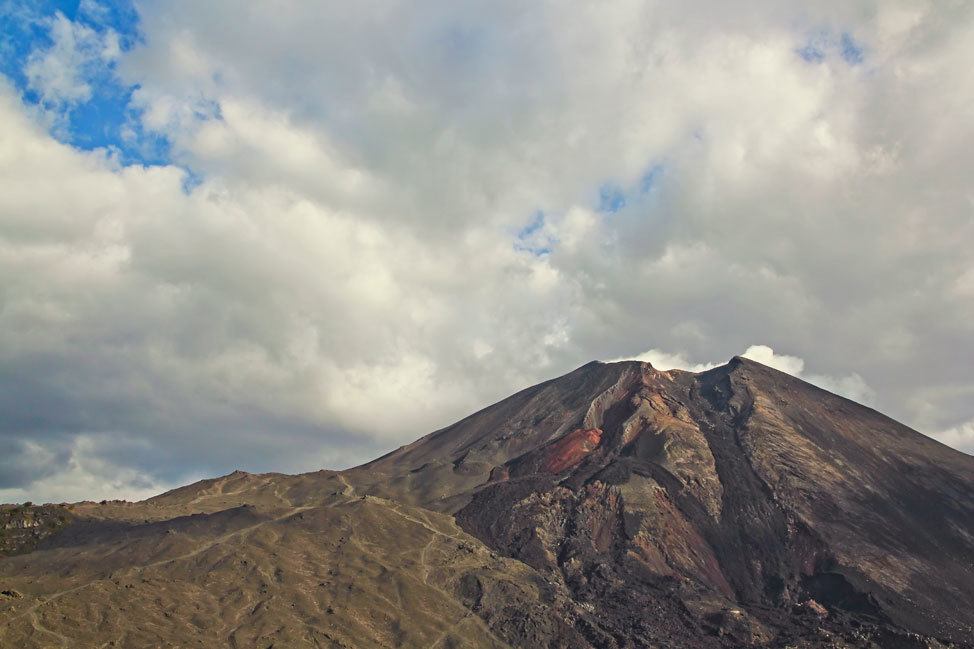 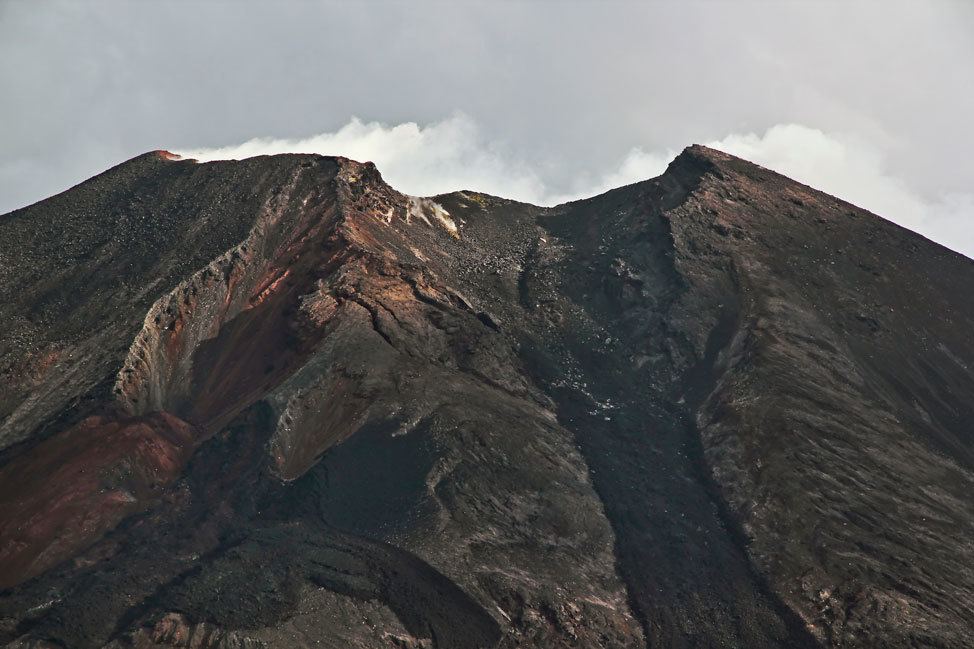 While technically billed as a “sunset hike” I wasn’t sad when we turned back prior to the big event. I was the only one with a torch, and it would have been a long walk back in the pitch black — not to mention the rapidly dropping temperatures.

Have I mentioned how shocked I was by Guatemala’s chilliness? If not, prepare for me to mention it one or twelve times. In fact, I swore off Antigua’s other popular and more strenuous two day volcano hike to Acatenango simply because I knew I’d be too cold to enjoy it. 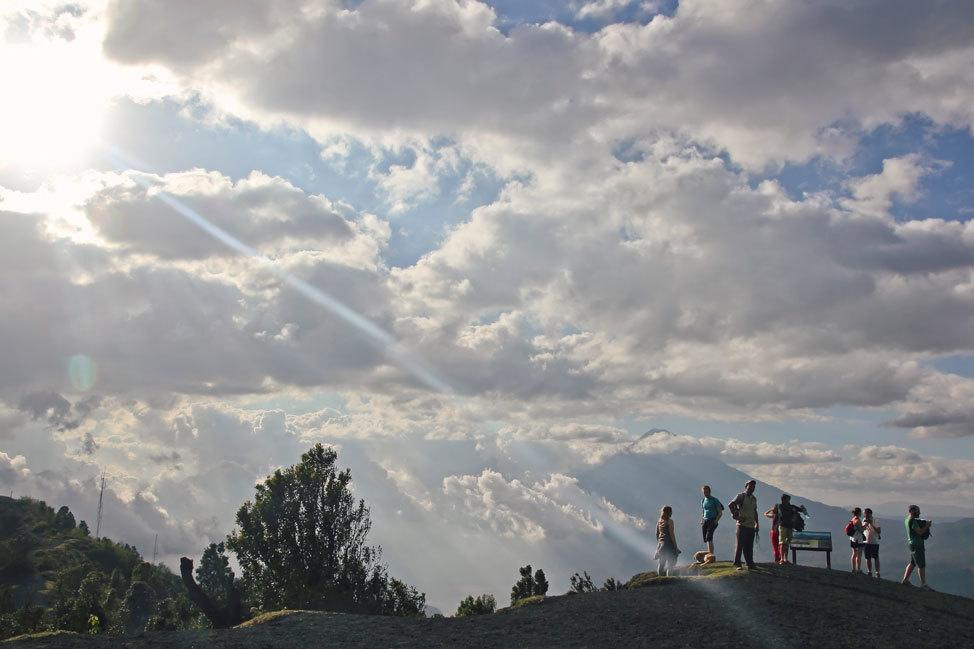 Overall, this is a great excursion from Antigua — fun and scenic for only a modest investment of time, money, and effort. Overall I spent 75 quetzales (less than $10) for the hike, 50 quetzales (less than $7) for the park fee and 100 quetzales (about $13) for my earrings. We left at 2pm and were back by around 8pm (morning 9am departures are also available) and at 6km round trip, it was only moderately challenging.

But you did, at least, burn enough calories to deserve a marshmallow or two. 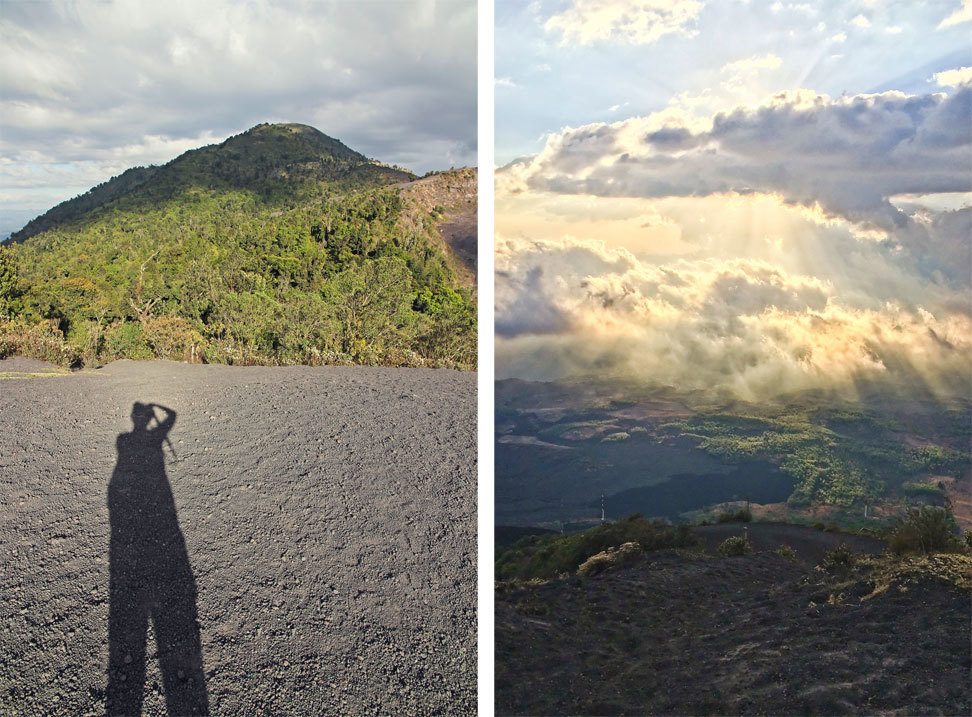 Have you hiked a volcano? Where?

Hike Your Heart Out Koh Tao: The Burmese Pagoda

Travel Confession: I Was Underwhelmed By Semuc Champey

Photo of the Week 206: New York At Home at the Hamilton Princess
52 Comments...