When I saw that my time at the Banana Bungalow would include a Saturday, the day of their famous Haleakala hiking trip, I briefly considered changing my dates. Yes, it’s true, I’ve become somewhat of a hiker lately, but this was another beast entirely. And while obviously the free tours aren’t mandatory, there’s no way I could forgive myself if I was at the right place at the right time and didn’t go for it. Four miles of knee-pounding descent into the crater, four miles across the sandy bottom, and then — just when you’re good and exhausted — another four miles uphill across steep switchbacks out of the crater. 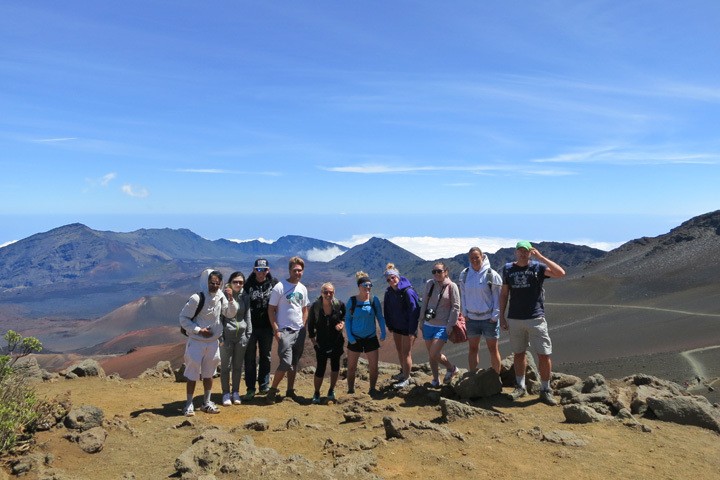 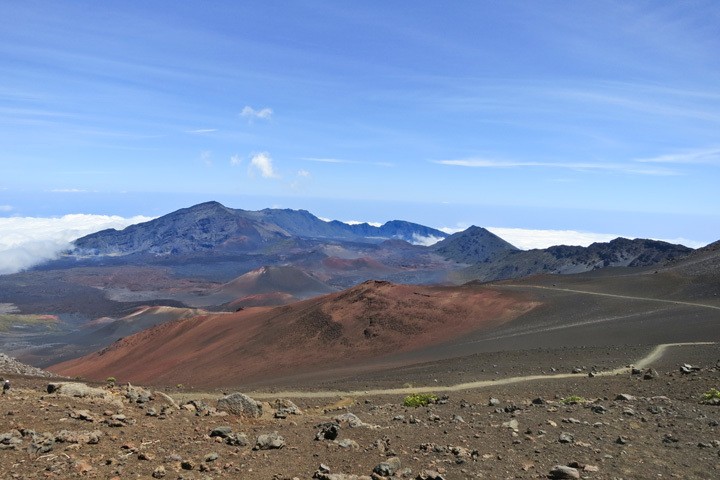 It was at around 8:30 in the morning twenty of us piled into vans and made our way up 10,000 feet above sea level, to the summit of Haleakala. The dormant volcano makes up over 75% of the landmass that is Maui, and is a sacred site to the Hawaiian people.

While Hawaii can be a pricey destination, so much of what there is to do and see is based on natural beauty. So with a low National Park entrance fee ($10 per car for three days!) and a cheap car rental or bus pass, anyone can visit this stunning site on a budget. 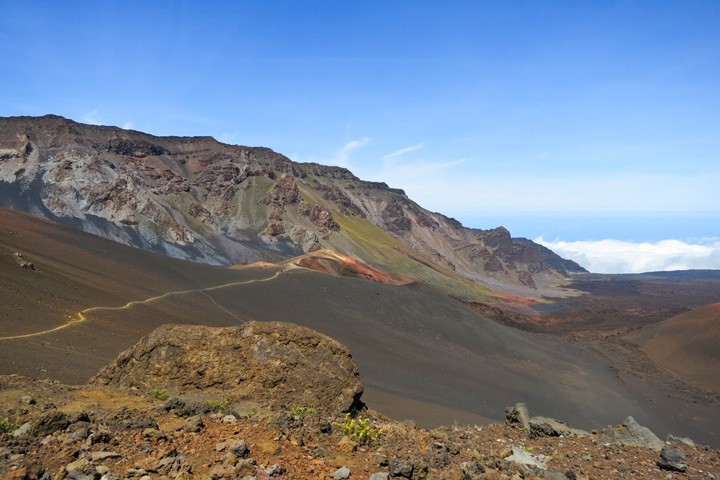 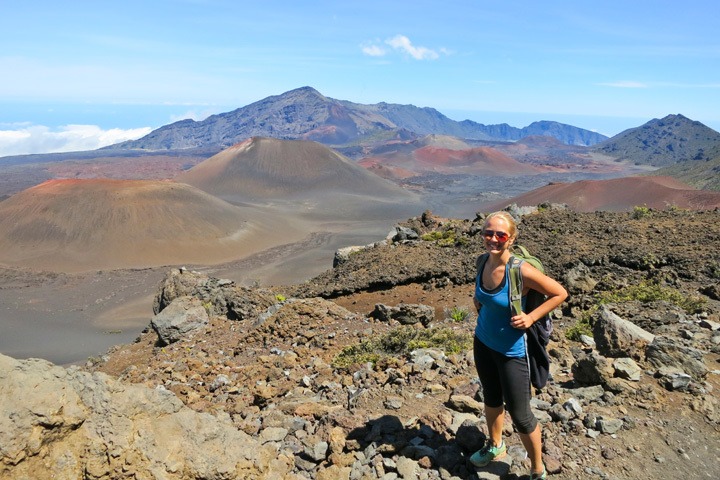 Splitting into two groups and departing 15 minutes apart to comply with the parks anti-overcrowding rules, we all eventually set off. The first few hours were relatively painless as our group got to know each other by chatting about — what else? — our travels in Hawaii and beyond. We marveled at the cool air — about 30 degrees cooler than sea level –, the other-worldly scenery, and the ever-present blooming ahinahina, or silversword plant. 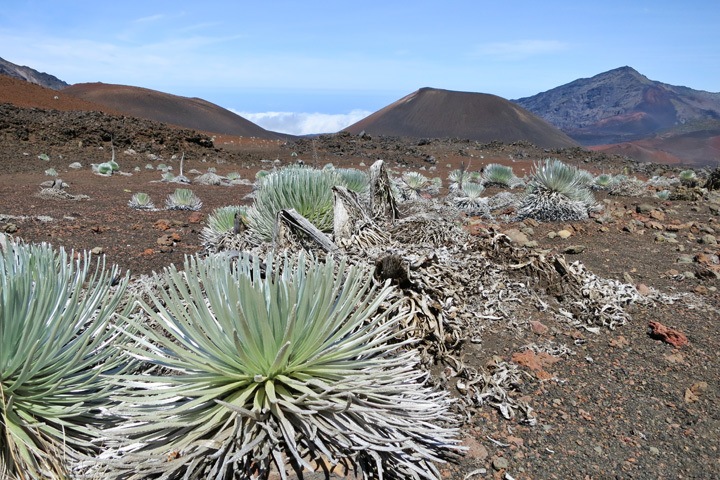 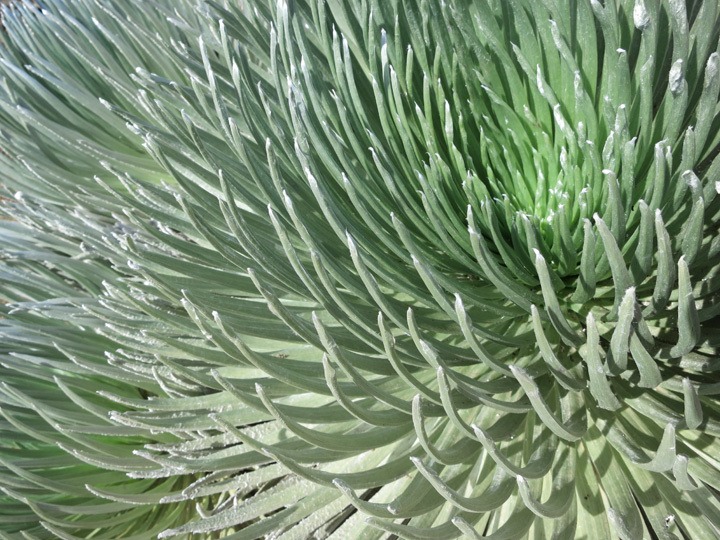 Hiking across the Halemau’u Trail in the flat center of the crater provided its own challenges, with a mostly sandy bottom making walking difficult. I reflected on my previous major hiking accomplishment, summiting Ben Nevis in Scotland, and laughed remembering how out of desperately out of shape I was (it was even in my post title!) This route would bump Ben Nevis out of first place my a mere two miles — and hopefully a lot less tears. 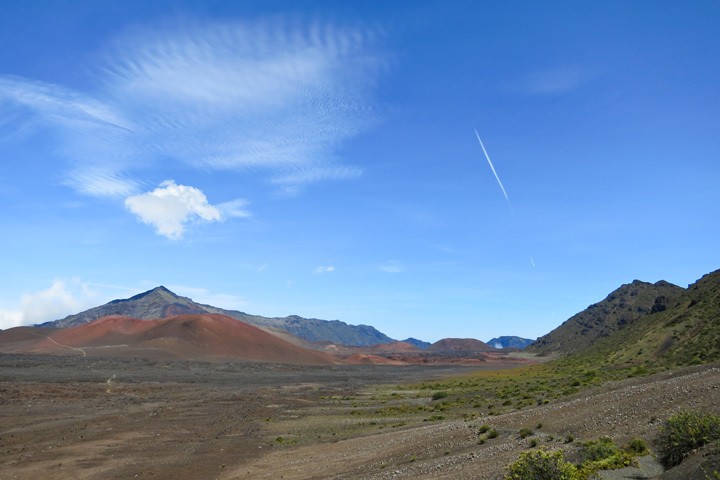 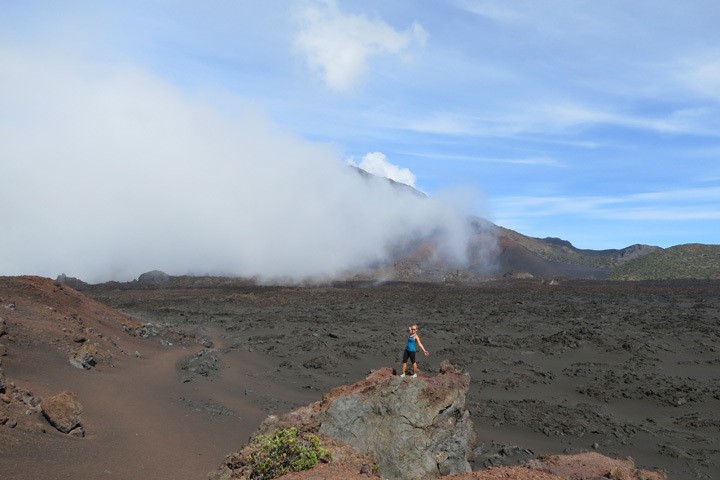 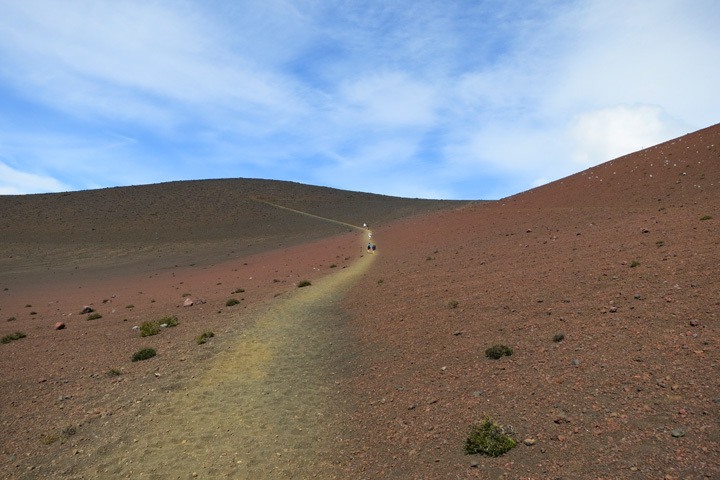 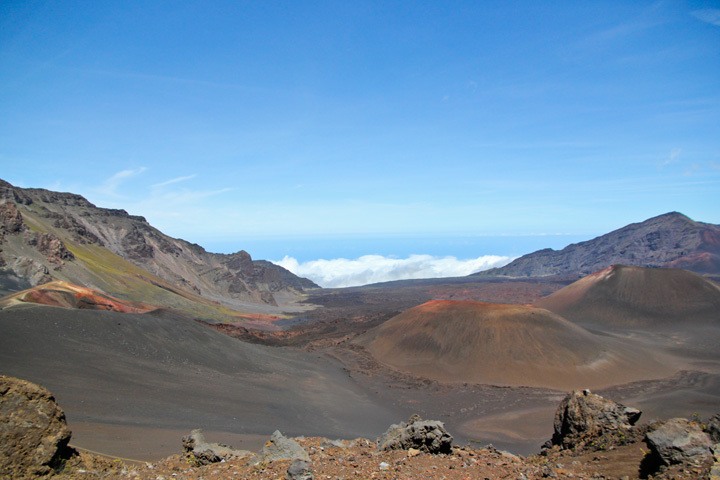 After hours and hours of non-stop movement, we came to the final test: the switchback ascent out of the crater. Here, the scenery changed from an outer-space like desert to a gradually lusher tropical forest. Now afternoon, fog cover began to roll in and we found ourselves hiking quite literally through the clouds. 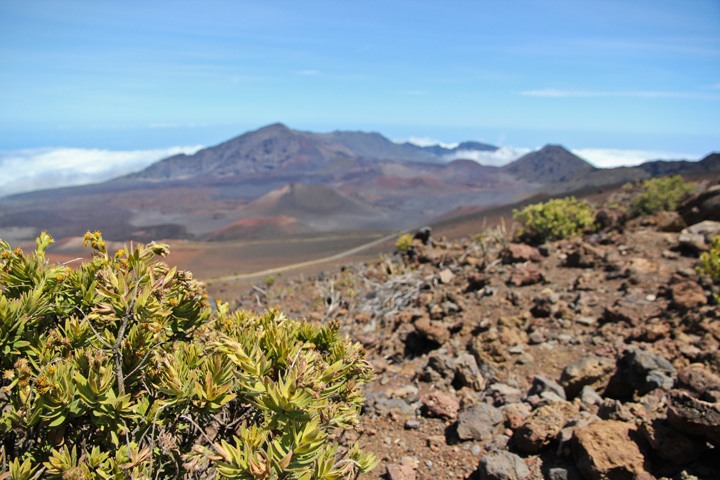 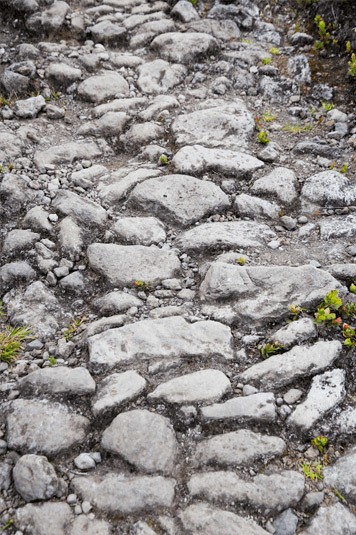 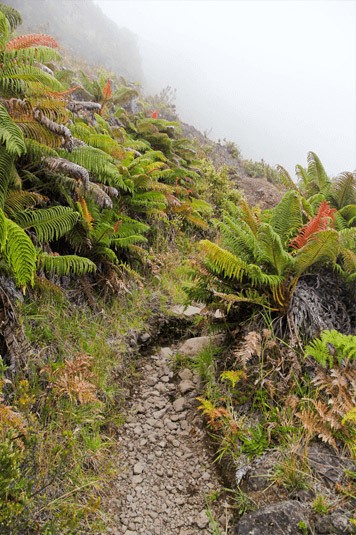 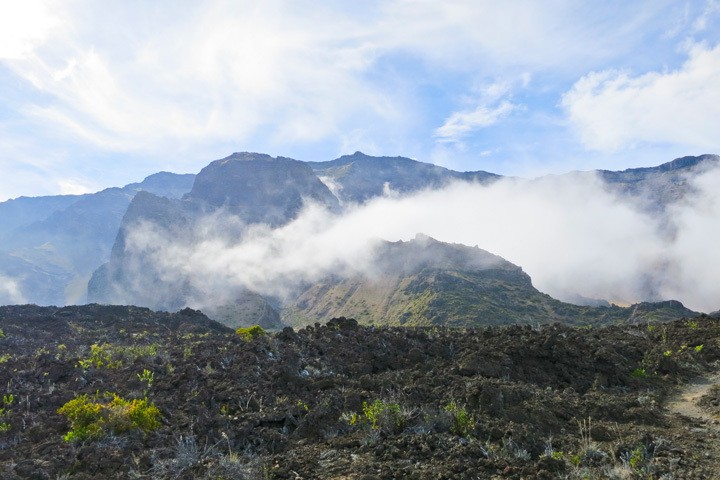 This was where the pain set in. As our breathing became labored and our steps became slothish and one girl even shed a few tears, we spread out and gave ourselves space to push through the final few miles. 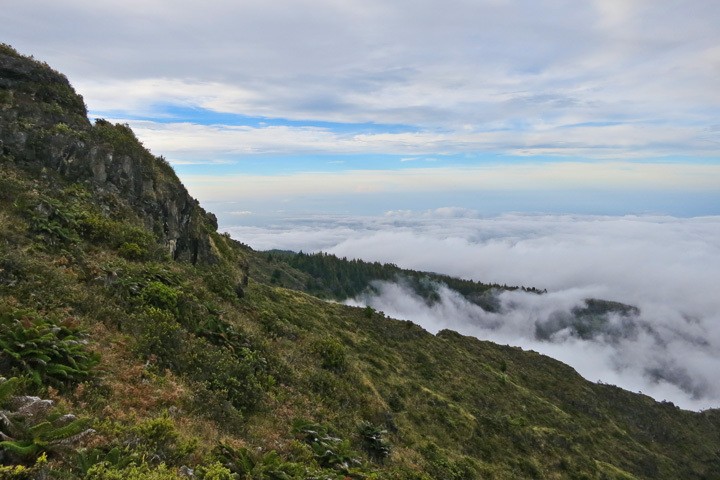 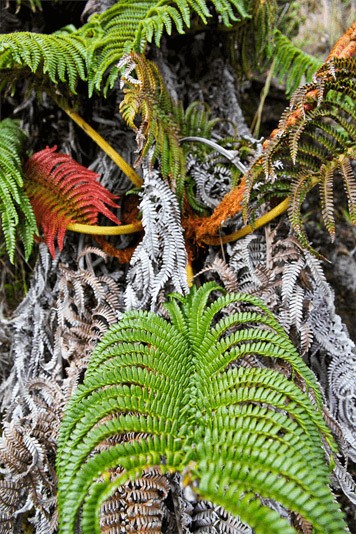 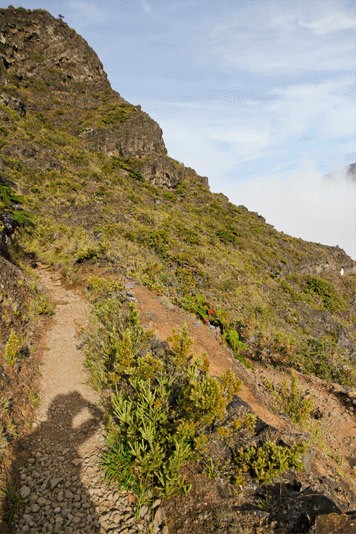 I was glad for the solitude, as it allowed me the privacy to curse the universe and wonder aloud if the trail would ever end. 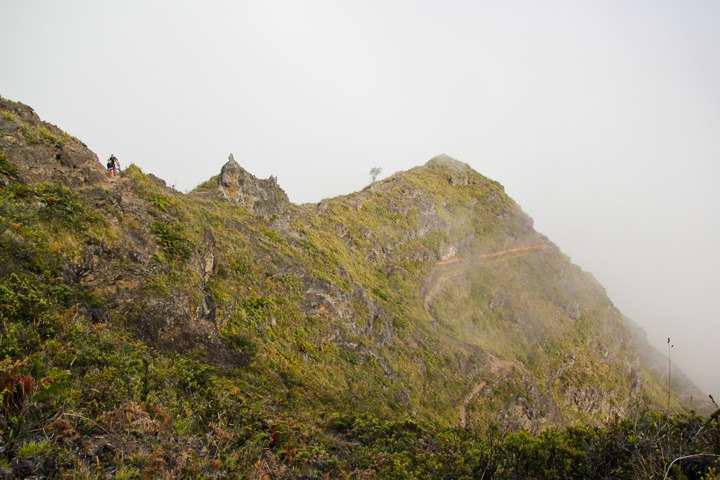 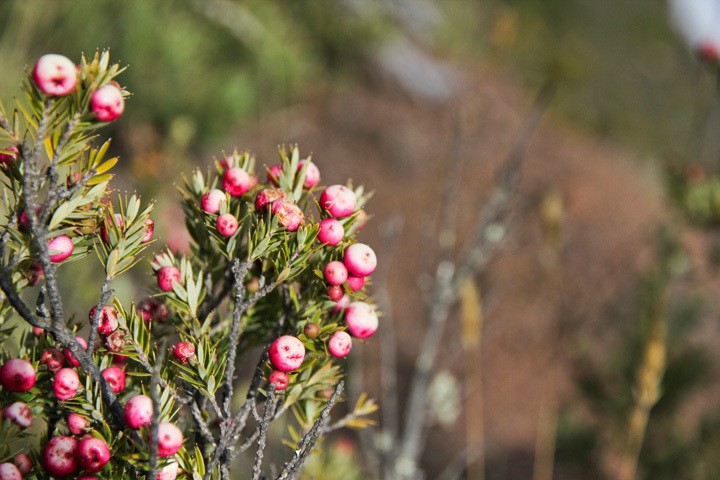 Eventually, it did, and I joined the cheering heap of bodies collapsed in the parking lot while we waited for the rest of the group to join us. While there had been some spotty moments, I was thrilled to find that I was able to complete a full day and twelve miles of hiking with only a bare minimum of wishing for death. It was a major milestone for this former physical-activity fearer.

And we were about to be rewarded for our hard work. With the stragglers hopping in the van, we raced to the summit area in time for sunset. The sky darkened with brilliant colors, and I noticed even our guide Isaac pulling out his camera in preparation for our arrival. One thing I’ve learned in my travels — when the tour guide, who in this case had done the trip 140 times(!), takes out his camera, it’s going to be a good sunset. 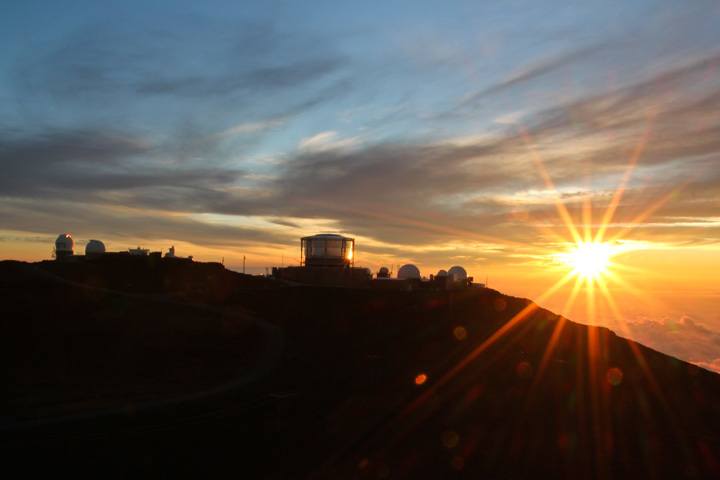 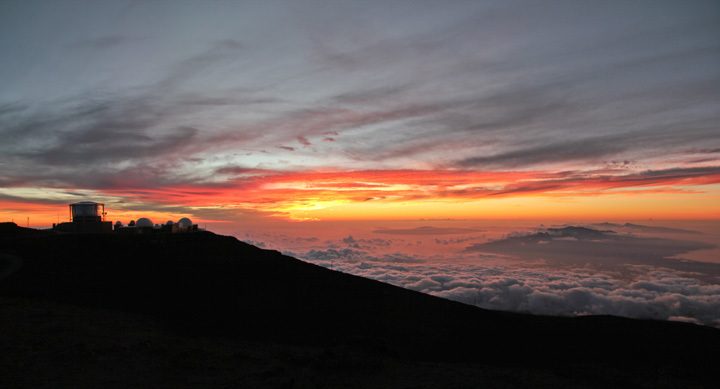 Through the tops of the clouds we could see the entire island, way down the mountains of West Maui. The sky swirled with colors, and the massive crowd gathered at the summit cheered as the sun finally slipped below the horizon. I couldn’t believe this whole day had been practically free, aside from the park entrance fee and the generous tip I gratefully handed to my guide — viva Banana Bungalow hostel and their free tour program!

Any lingering sadness I had about missing sunset at Mauna Kea was more than soothed by this amazing gift of a view. It was without a doubt the most beautiful sunsets I had ever seen, and Isaac confirmed it was among the best he’d witnessed on his time living in Maui. 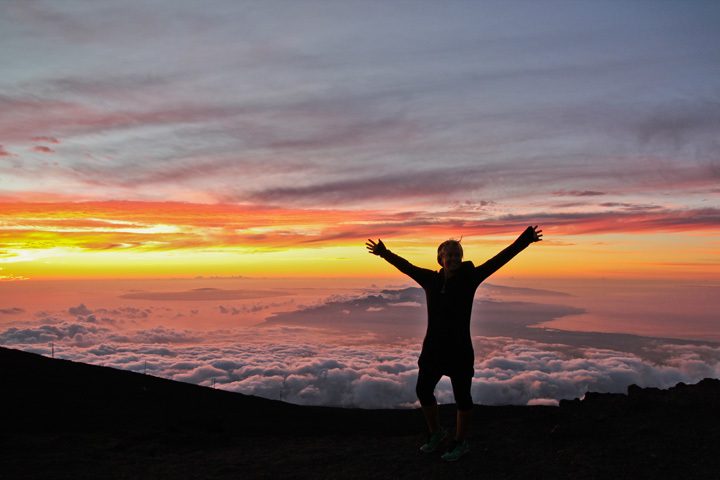 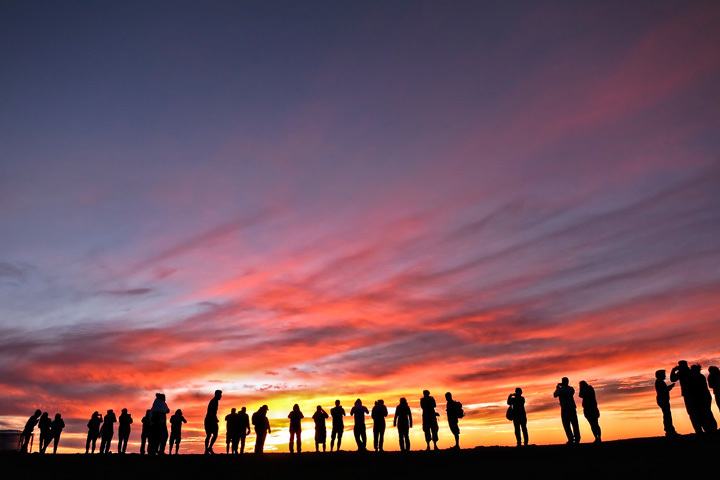 It was the perfect ending to one of my favorite Hawaii days. Stunning scenery, laughter with friends, being active and out in the sunshine — this is what Hawaii means to me.

Are you a hiker? What’s your greatest hiking accomplishment? Go on, put me to shame!

In other news, my first assignment doing tour reviews for Viator is now live! If you didn’t read my person account here, read my official review of the Las Vegas Helicopter tour here!

My Travel and Blogaversary: Year Two