All Kinds of Love: A Philadelphia Wedding

Once upon a time, on Caribbean islands far, far away, lived two amazingly awesome people who were totally perfect for each other — they just didn’t know it yet. Actually, they hadn’t even met.

But that all changed one day when a girl took a ferry to a different Virgin Island than the one she lived on and developed a little crush on a boy she met there. After that the two of them made any excuse possible to get on that ferry and travel to the other person’s island. Eventually, they decided they were ready to live on the same island, made difficult by the fact that her home island of Hawaii wasn’t too receptive to throwing around work permits to people from his native island of Great Britain. 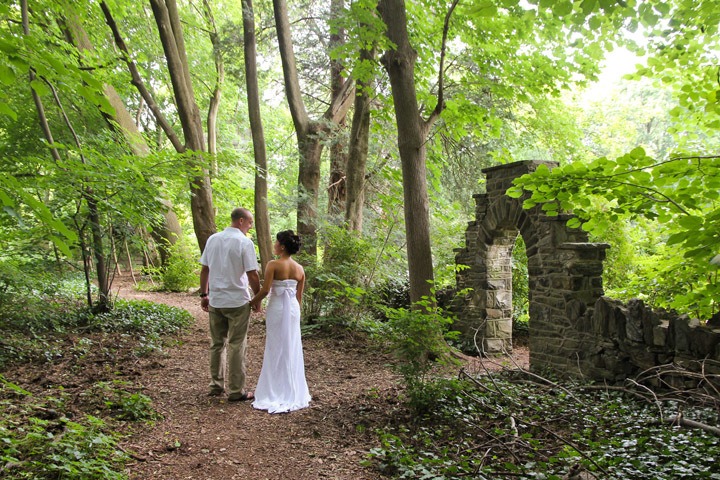 So they found a compromise, and island where they both could live and work while they figured out exactly how much they liked each other — and that island was Grand Cayman. There, they met in insanely fun and witty young blogger/scuba diving instructor couple and became best of friends — the boys worked together and had regular poker nights while the girls went to yoga and had frequent ladies’ nights.

THAT BLOGGER IS ME GUYS. I’m sure the suspense was killing you. And the dive instructor was of course my then-boyfriend, Mark, and the lovely couple? My dear friends Wim and Dave. I don’t mean to brag here, but they are the coolest people. Wim is a travel nurse while Dave has worked as a dive instructor in maybe a dozen countries around the world, and since they’ve been together they don’t let living on a tropical island stop them from traveling — they’ve made trips to Cayman Brac, Jamaica, Costa Rica, and Southeast Asia!

When I think back to that summer in Cayman my mind overflows with happy memories in which Wim and Dave are front and center — road trips out to East End, barbeques on the beach, and boozy blurry nights on a pirate boat. 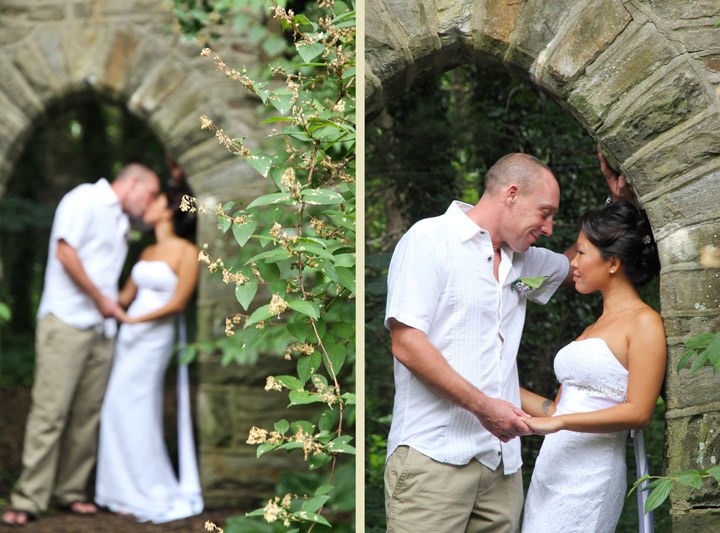 I was so sad to say goodbye to Cayman and to all my friends there but I knew the universe would make sure I saw everyone again, and I was right. This spring, Wim and Dave traveled to Asia for a pre-moon and I was able to meet up with them for five lovely days in Chiang Mai. At the airport, as I flew off to Laos and they flew off to Bangkok, we all cried (I’m sure Dave was just hiding his tears really well) and I realized I just wasn’t ready to say goodbye again.

So you can only imagine how happy I was to watch them get married two months later in Philadelphia. 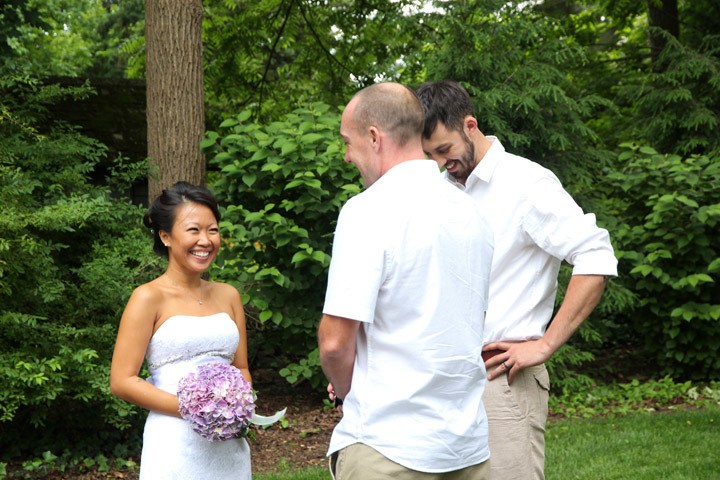 I woke up on the Friday of the wedding weekend absolutely overwhelmed with happiness. First of all, I was about to watch to wonderful people get married. Secondly, it was my one year travel and blogaversary! And what a better way to celebrate that than to reunite with two of my best girlfriends from my travels — Heather and Wim. Of course I had seen Wim recently in Thailand but Heather I hadn’t seen in two years, despite frequent life-update chats and Skype calls.

Heather was my boss in Grand Cayman, but she was so much more than that. A mentor, a friend, and an inspirational example of someone out there living the dream — a creative career and a life of travel. Wim took advantage of having a photographer friend and asked Heather to shoot the wedding, and I had fun playing “second shooter” again. Except whenever I shoot alongside Heather — who along with her natural talent also has a photography degree, years of experience, and the greatest cameras money can buy — I want to drive over my own camera with an SUV. 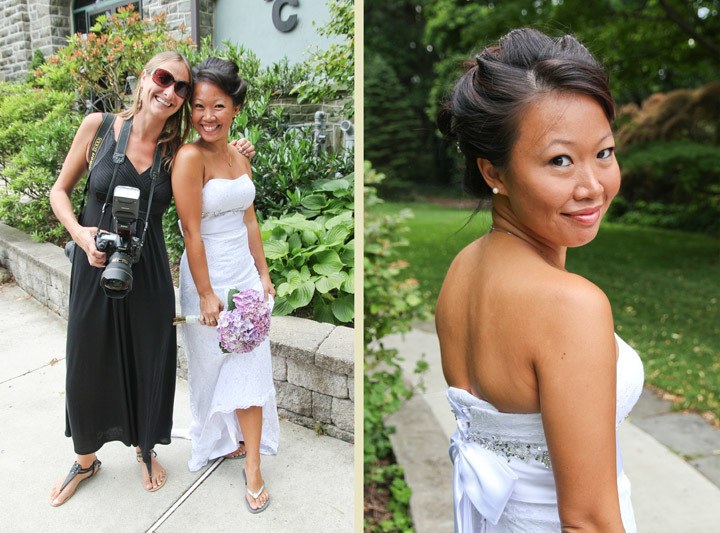 Don’t I have beautiful friends?

Heather wasn’t the only friendor (a friend vendor, as we used to say in the wedding world) that weekend. Wim’s sister arranged the flowers, friends helped set up the tent in the backyard, and an acquaintance baked the cake. Oh, and I was the bride’s chauffeur. 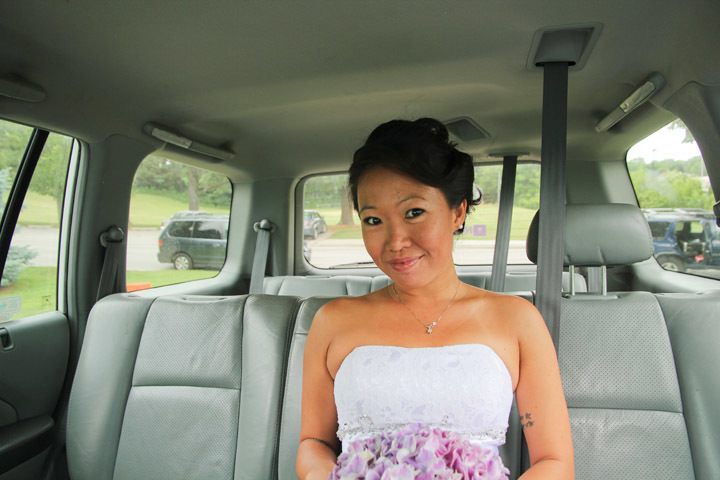 Yeah, Wim threw that in all casually. Hey Alex, you get to drive me to the ceremony! I was pretty upset that she dropped that bomb at the last minute, therefore depriving me of the chance to make a mix CD featuring Billy Idol’s White Wedding and a “Bride on Board!” sign for the rear window, but whatever.

Wim was without a doubt the most laid back bride on earth. This girl was painting her nails an hour before the ceremony, didn’t go bridezilla on me when I broke a light setting up the tent, and didn’t even know the directions to her own wedding ceremony location. It took us a few turns to find the place because, seriously, Wim hadn’t been there in years. Got to love a tatooed bride in flip flops who books her ceremony location blind and then doesn’t bother to print directions. 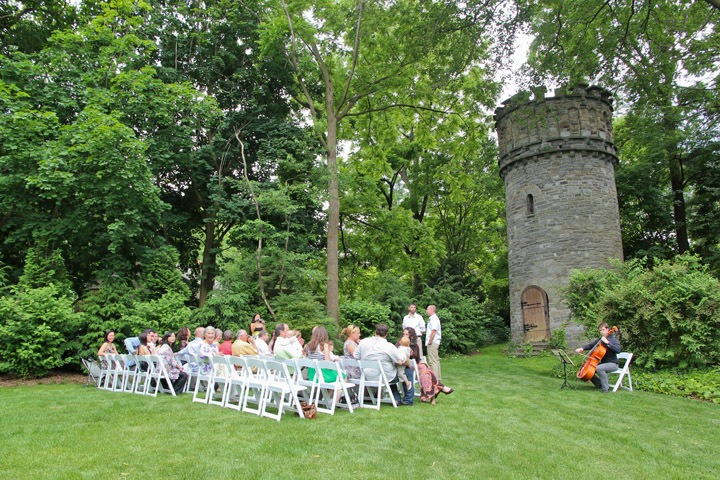 But why stress? This was a small, simple wedding and the emphasis was not on fluff but on the globetrotting couple’s amazing love story. 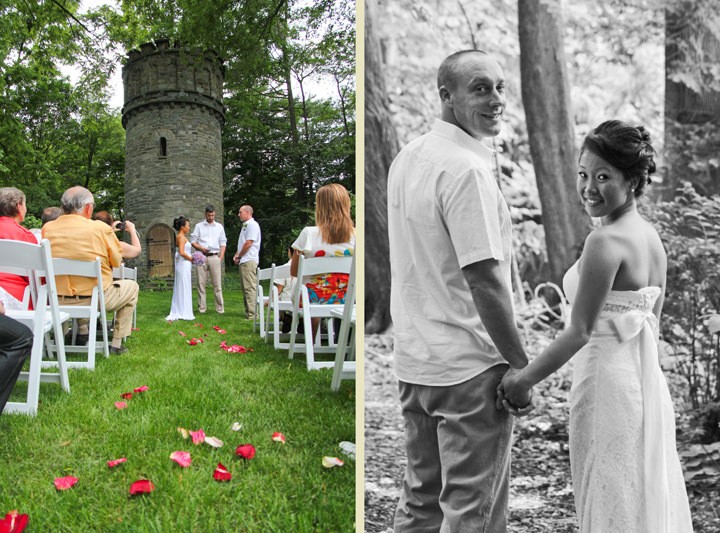 They laughed through the whole ceremony. And faster than you could say Green Card Marriage! (just kidding) they were husband and wifey. 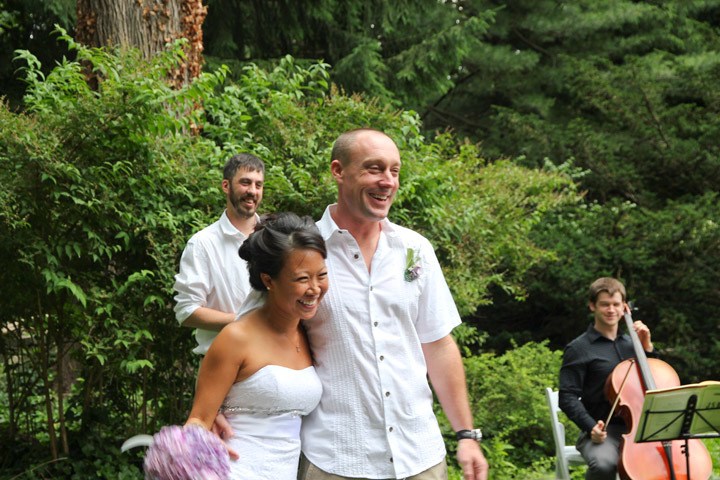 After the ceremony they took the standard family portraits, but then moved onto some more unique categories. Philadelphia friends, then Virgin Islands friends, then Cayman friends… 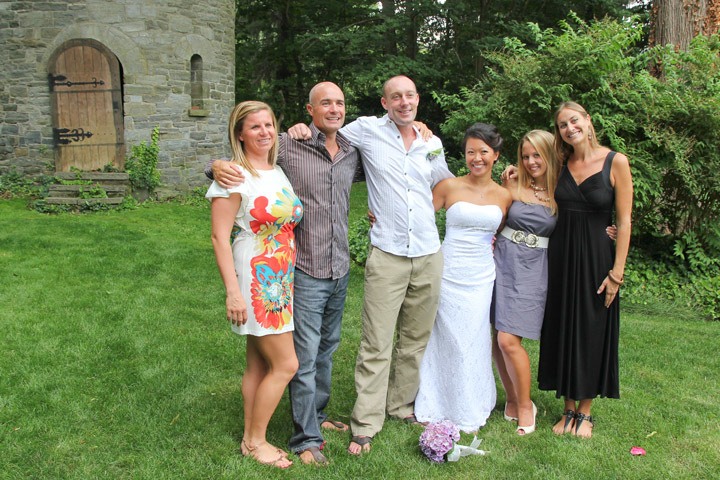 Now, technically this was Wim and Dave’s second wedding as they were married in Grand Cayman earlier in the year for technical reasons (and I am such a sap I cried big time when I saw the photos). Between that and the engagement shoot they did with Heather, Dave was a little photo-ed out. He was a pretty good sport but eventually tapped out and instead starting taking pictures of Wim, Heather and me. We were primping and posing and having a grand old time and eventually he was like, “You guys could do this all day, couldn’t you?” 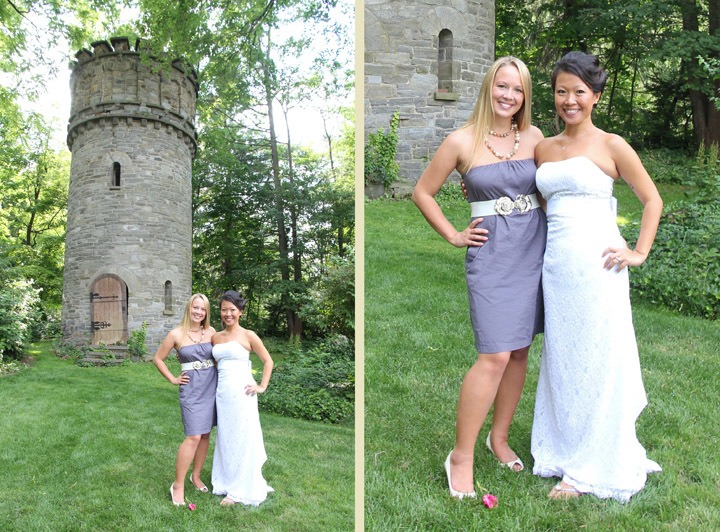 Answer: Yes, Dave. Yes we could.

When the four of us were done with our camera-vamping, it was time to get to the reception. Once again I was pretty excited to be the chauffeur, and enlisted Heather to help with door-opening responsibilities. 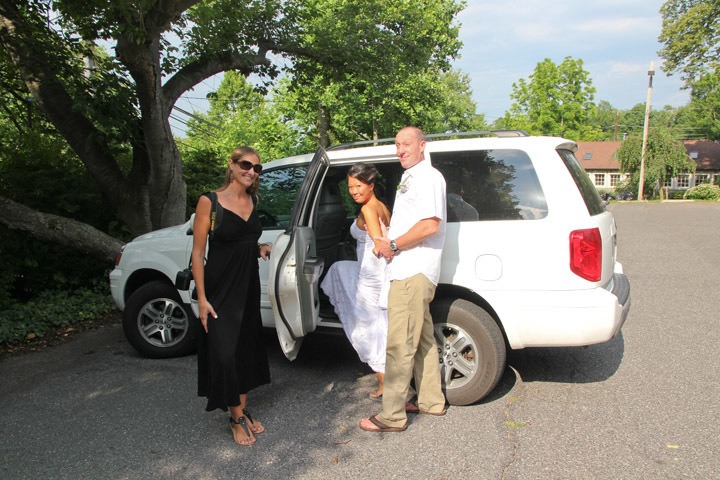 The wedding was stunning. From the invitations, which featured Heather’s engagement photos of the couple, to the nods to Philadelphia’s LOVE park, to the beautiful home-made flower arrangements, everything was done with love. 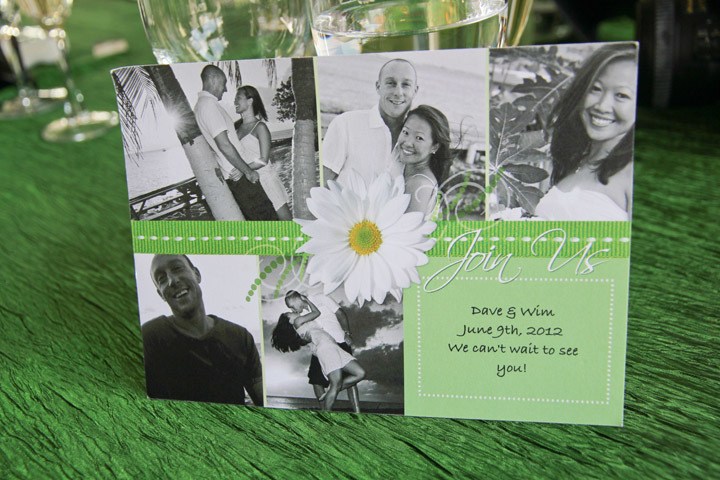 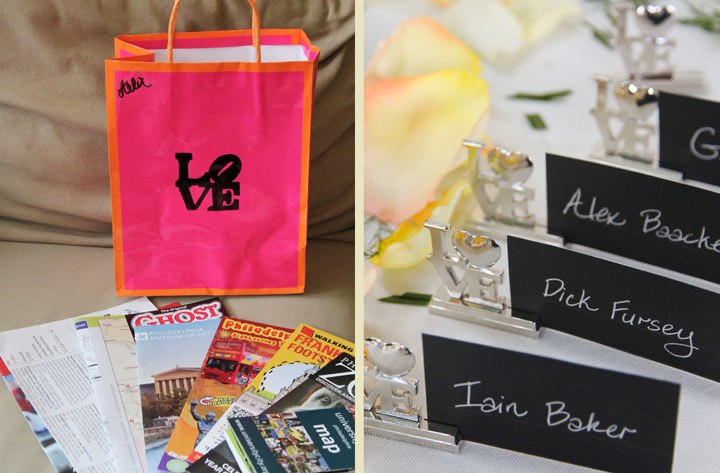 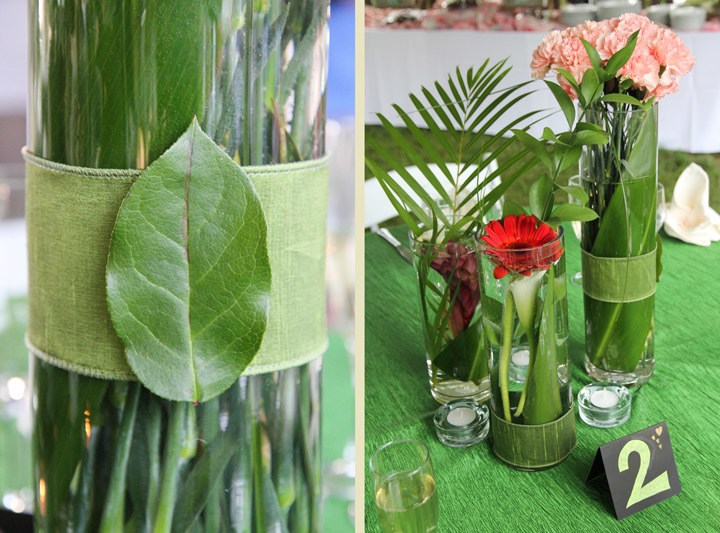 It was the perfect night. No flash and no fuss, just a great party and two people in love. It sounds funny to say but in this era it’s a rarity — it was heartwarming to go to a wedding and think, yeah, these guys are going to make it. 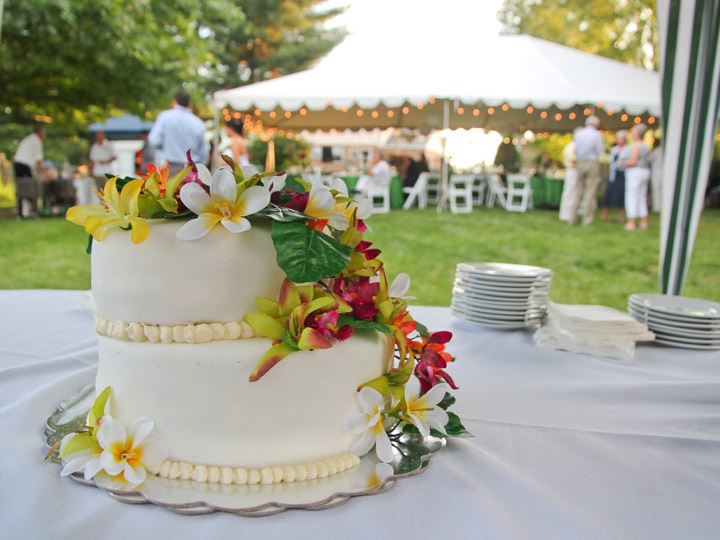 As the day turned to night and we danced away under the lanterns, I thought about how funny life is, and what a crazy era we live in. How a nurse and a dive instructor ended up meeting in the Virgin Islands, falling in love in the Cayman Islands, getting married in Philadelphia and moving to Hawaii. How I went to this little Caribbean island and two years later I have these friendships that have spanned time and the globe, friendships with people that I care so deeply about. 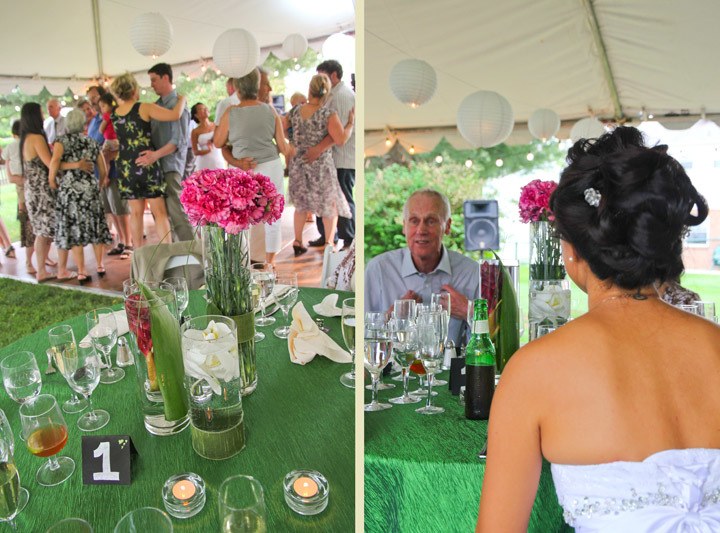 People say that the nomadic life can be a lonely one, and that can be true. There are far too many goodbyes, way too many missed milestones and even more little mundane moments when it hits you that most of your friends are millions of miles away. 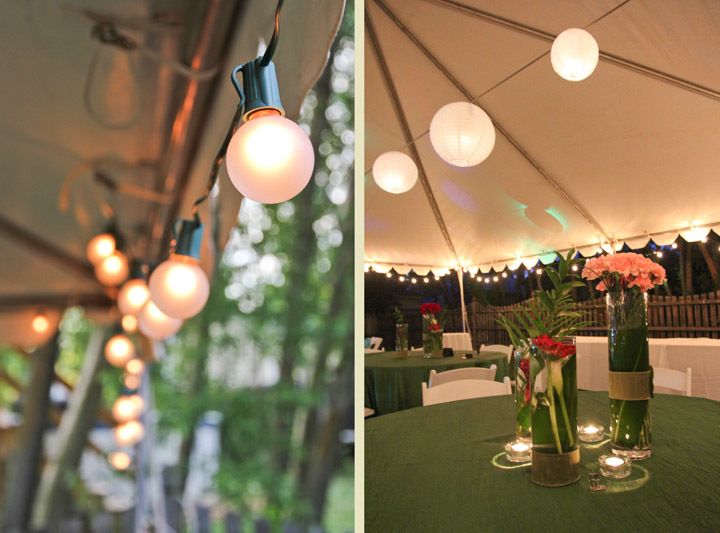 But most of the time, the friendships you make traveling are an amazing thing. You meet kindred spirits with bonds based on deeper things than simply working in the same office or being from the same town. I looked at that little group of people at the wedding and I thought, this is the real thing. From Grand Cayman…

… to a life changing event in Philadelphia! And while plans aren’t confirmed yet, we are in talks about a Hawaii-based reunion. I can’t think of a better group — Heather and I will do photo stuff, Dave will take us diving and surfing, and Wim will nurse us back to health when we inevitable fall into a volcano.

Wim and Dave, I couldn’t be happier for you or more excited to have been a part of your wedding day. I look forward to many more adventures together in the future, and a lifetime of happiness for both of you!

Do you have travel friendships that have lasted long after the trip was over?

Florida Fanatic: My Summer Plans for the Sunshine State

The Great Escape: Month 12 Roundup Getting Back in Shape for Travel
15 Comments...