I drifted into consciousness to the familiar hum of a plane preparing for descent. Heather and I were in the midst of a twenty-seven hour transit marathon from Sagada that would involve a bus, another bus, a cab, a flight, a trike, a minibus, and another final trike ride.

This flight, which turned a twelve-hour bus ride from Manila into a one hour hop to Legazpi, had been a splurge at $59. Of course, that probably seems like a major bargain to those in North America, but it was more than twice my daily budget for the Philippines. Yet as we started to circle Legazpi, the legendary Mount Mayon — which graces the cover of Lonely Planet Philippines — came into view, and my stress over our long and pricey journey melted away. 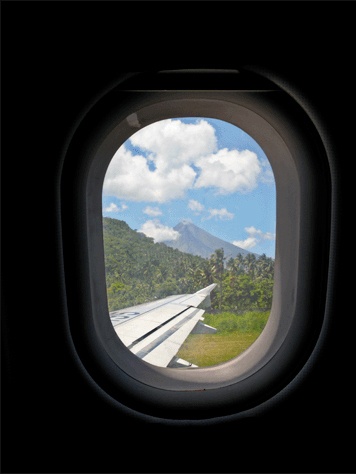 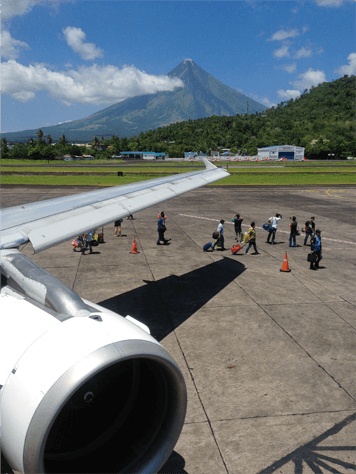 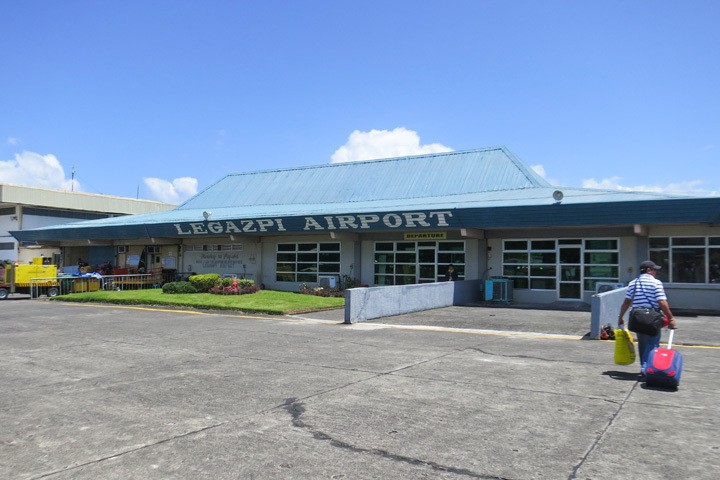 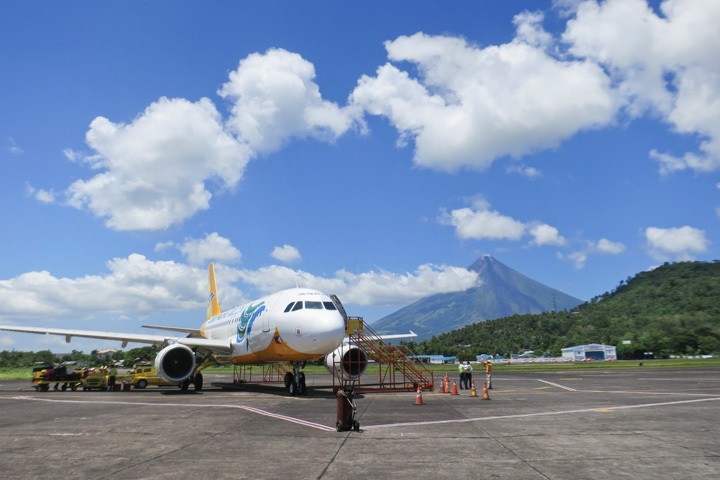 It was the most scenic and dramatic flight landing I’ve ever had, and well made up for the financial indulgence. Our high off of such a unique and beautiful experience was tempered by the frustrating afternoon that followed, which was typical of the roller coaster ride that was my three weeks in the Philippines — and specifically Donsol, which left me in tears a few times. A trike from the airport (40 pesos) brought us to the bus station, where we had to catch a minibus to Donsol (112 pesos), our remote seaside final destination. While we could have hired a taxi straight from the airport to our desired hotel, it was far too expensive. So the buses operate on a “first come, first serve, leave when full” system, and after a long wait we were shocked to be kicked out of the minibus without explanation when a few more Filipinos showed up at the last moment. Luckily we were able to get on the next one — though not before another long, sweaty wait and being strong armed into paying extra for our bags. At that point we were fighting off sour moods, though the stunning jungle scenery on the minibus route did help greatly. 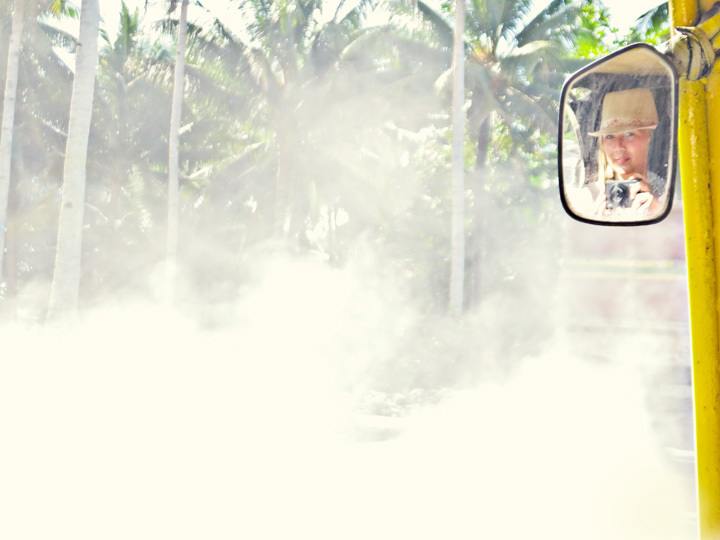 As I’ve mentioned in many posts, it was very hard to find practical travel information about the Philippines online. So I hope those of you reading for a wanderlust inspiration and pretty photos will forgive me for providing a little more practical information that usual for those actually heading here in the near future! When we made it to Donsol, we had to pay yet another trike (40 pesos) to take us to the beach where all the accommodation and tourist services were. The accommodation situation was much more complicated than usual in Donsol. The cheapest rooms were at Woodland Beach Resort, where three bed backpacker dorms were only 500 pesos/person and had private bathrooms, hot showers, double beds, and an infinity pool on the premises. This would have been my first choice, except there was no WiFi, and Heather wasn’t so hot on the dorm idea.

My main desire was WiFi, which at the time of my visit was only available at two locations: Giddy’s Place, a more upscale and out-of-my-budget dive resort, and Shoreline, which was in our budget but I’m so glad we didn’t end up there, as we tried eating in the restaurant the next day and the food was quite bad and the WiFi was terrible anyway. In the end, we settled on Amor Farm Beach Resort. It was charming and homey and had a good restaurant and was just a tad out of my budget at 1000 pesos per night, so Heather happily offered to pay a bit more. There was no WiFi, which made life a bit stressful, but at least the Verizon data plan on my cell phone was working so I could keep up on emails. 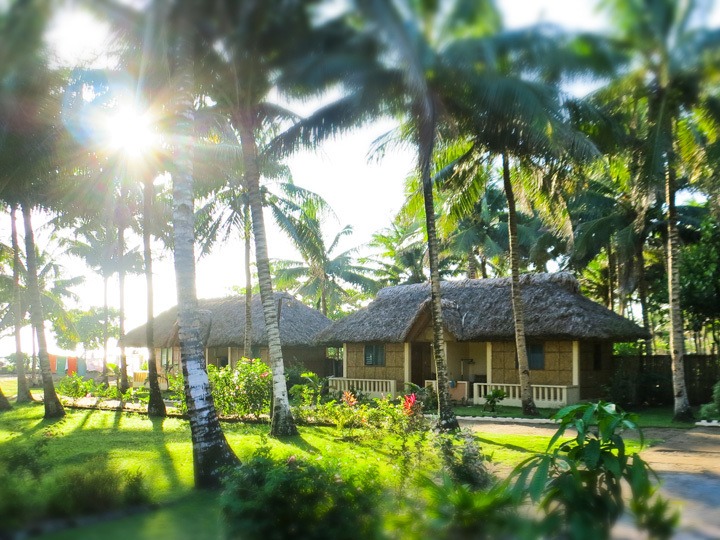 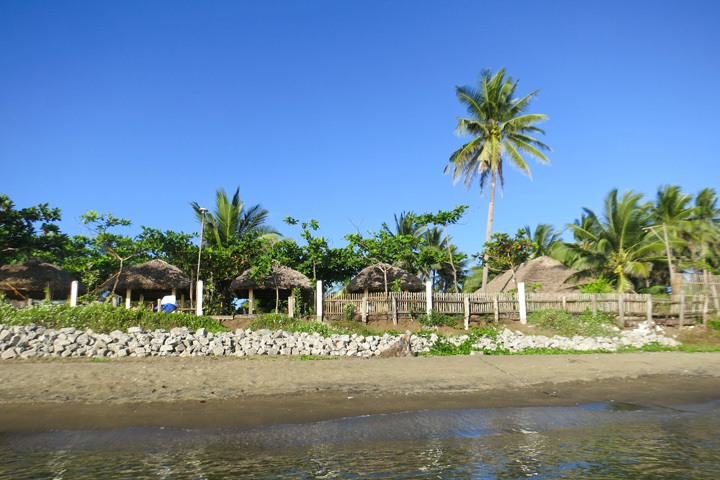 However, we did have one major complaint about Amor Farm and unfortunately I saw it over and over again in the Philippines — severe mistreatment of pet dogs. In much of Southeast Asia, the term “pet” is used loosely as most dogs are left to roam unattended at all times. While that system has flaws, it is certainly better than what we saw in Donsol, which was dogs being left tied on foot long chains all day long, every day, for what I can only assume is their entire lives. They were clearly being driven mad by their small range of motion and complete lack of interaction, and we went to sleep and woke up to the alternating sounds of their viscous, frustrated barks or their dejected, heartbreaking cries. The younger dogs were so excited when you came over and showed them attention that it brought tears to my eyes, while the older and wearier dogs flinched at the sight of humans, as if expecting an angry kick. It just made us heart sick, and a good part of the reason we left town earlier than expected. For these two animal lovers, it was torture.

Donsol did have it’s highlights — the beach is still dotted with thatch roof huts, and the shore is lined with colorful local fishing boats. It has retained its laid-back fishing town charm even as tourism grows. As admitted spa addicts, Heather and I were thrilled to find a massage place — the first I’d seen outside Manila — where we had hour long treatments for only 250 pesos.

One of my favorite memories from Donsol was simply walking along the deserted beach and watching Heather work her magic with the camera. I love traveling with Heather for many reasons, a major one being I get to have memories like these of our trip… 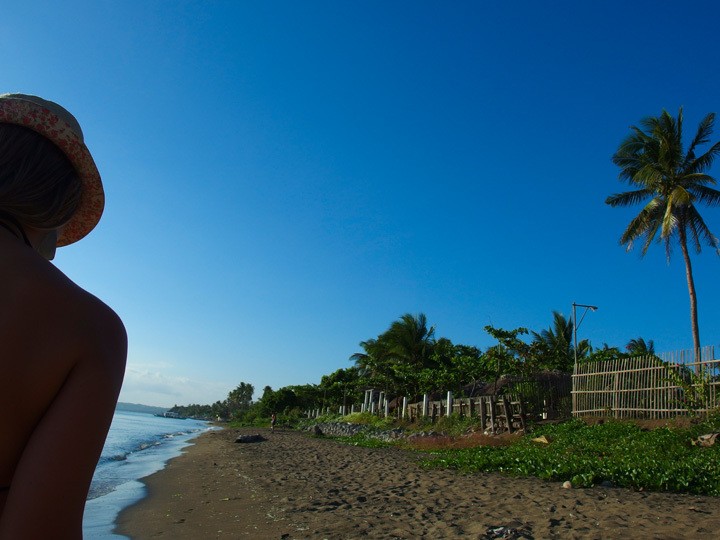 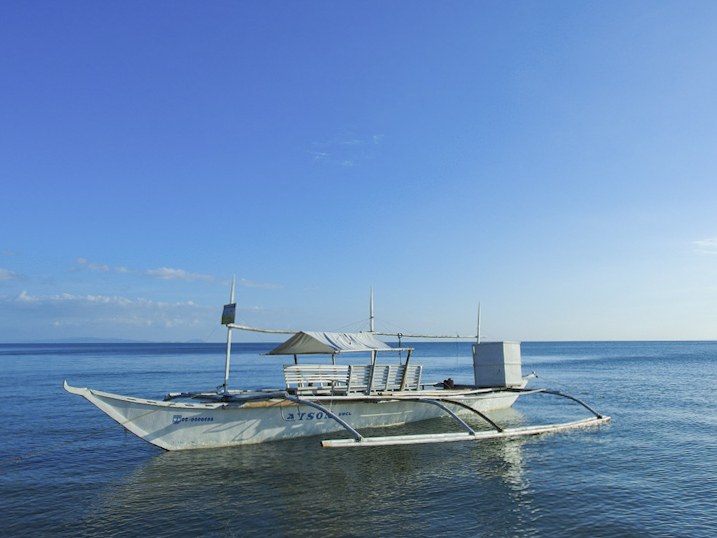 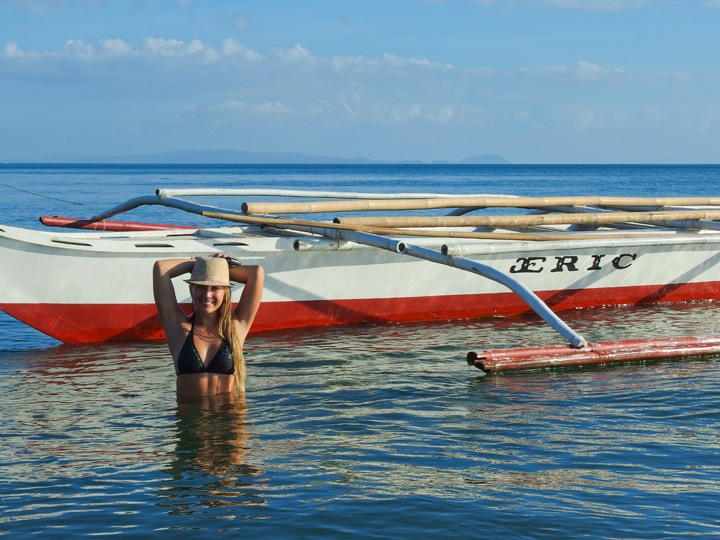 This particular boat was my favorite, because when we saw it I excitedly yelled, “Look, Heather, a narwhal!” And she had to let me down by pointing out that it was probably not an arctic whale but rather a local sunfish. Fair enough. 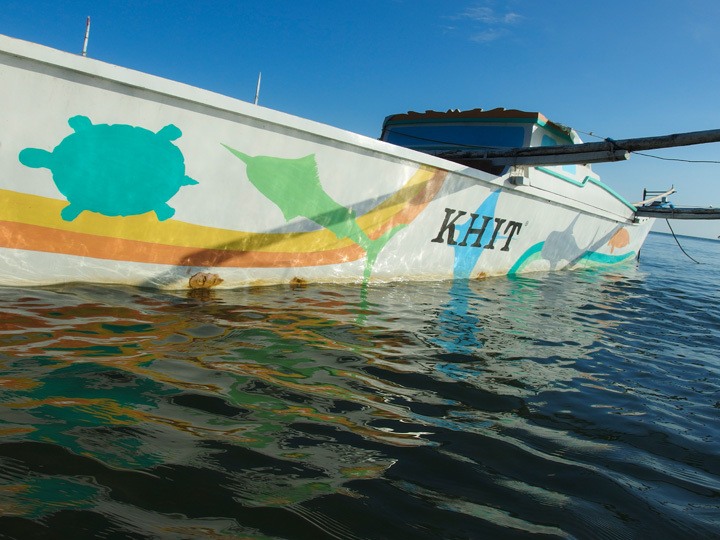 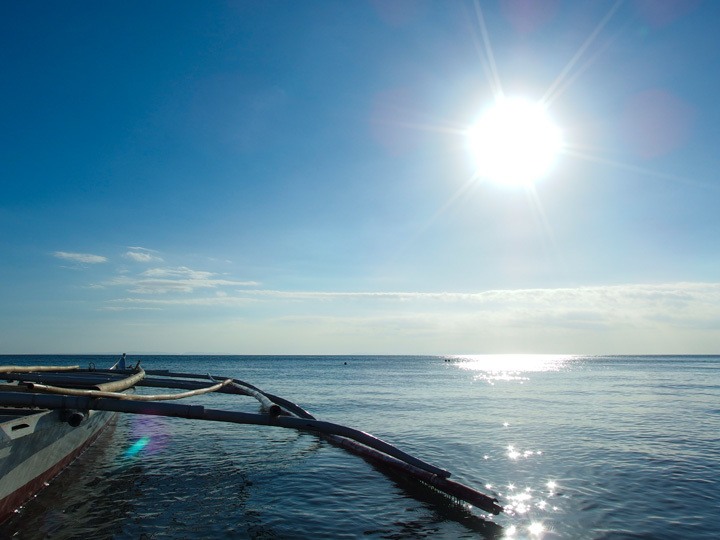 Donsol has one major tourist draw, and outside of that there isn’t much developed to keep tourists around longer. However, locals are working to change that with initiatives like the popular new firefly spotting tours being offered. We were both super excited about this but unfortunately, we missed out due to major miscommunications, confusion, and a possible scamming attempt. Hence, I can’t provide any clarity on the contradicting information available about how much these tours should cost, how to find them, and how to get there. If any readers have been to Donsol and done the firefly thing, I’d love for you to leave any advice in the comments so this post can be helpful to future travelers!

So of all the white sand, idyllic islands in the Philippines, what had brought us to remote and rough-and-tumble Donsol? Stay tuned, but here’s a hint… 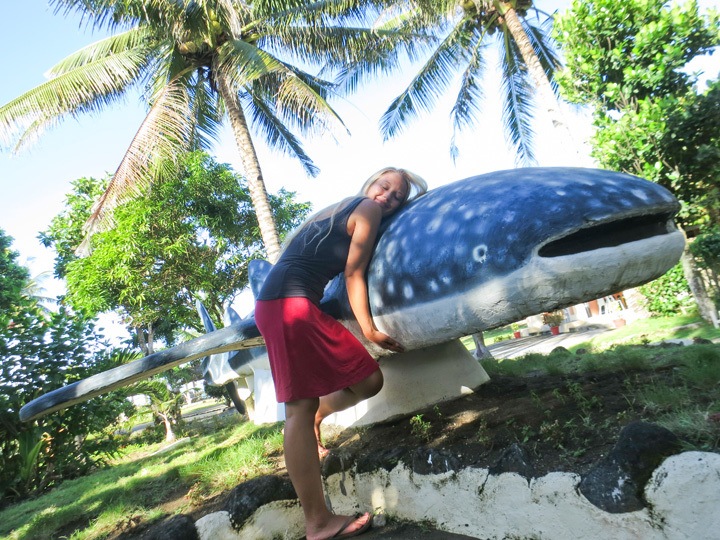 Think you can guess what we got up to in Donsol?

Two Thousand Feet Below The Philippines: The Cave Connection in Sagada

My Travelversary: Seven Years of Travel

Two Thousand Feet Below The Philippines: The Cave Connection in Sagada Photo of the Week 102
19 Comments...