Equilibrio — that beautiful, intimate and intense festival I attended in El Salvador this year — was all about balance. Its logo, shown above, represented this balance with two trapezoidal inverted shapes; one black, one white. My previous post focused on what I’d consider the pieces of the festival that fit into that light shape — enriching moments made up of knowledge and movement workshops, spiritual ceremonies, and an emphasis on learning and sharing.

This post focuses on what I felt nestled nicely into that dark shape — hedonistic hours filled with ecstatic dance parties, silly fun swim sessions, hand crafted cocktails served in coconuts, and an emphasis on entertainment, pure and simple. It’s all about that equilibrium, right? 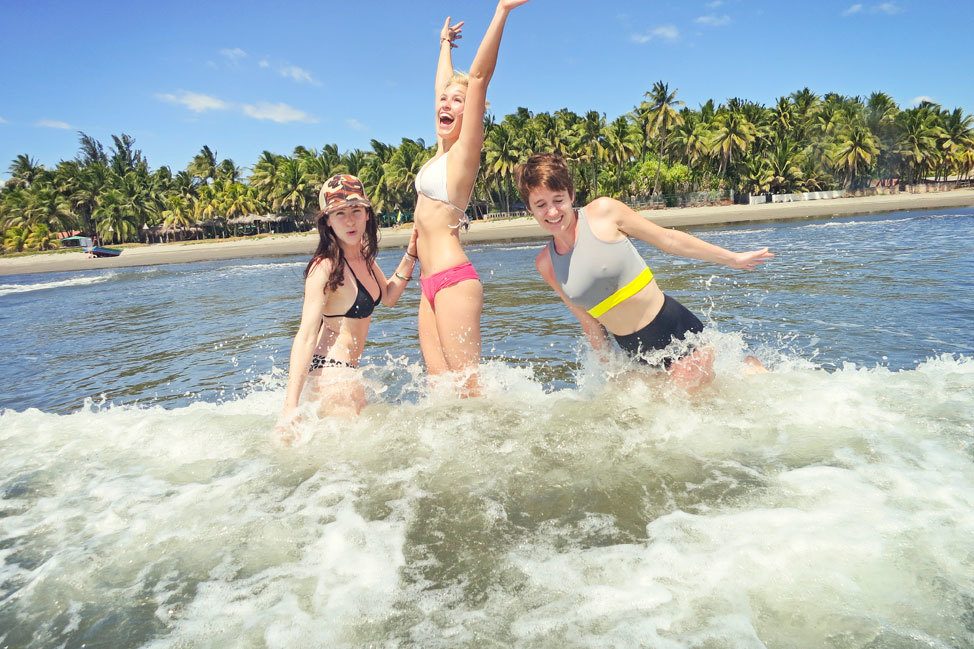 Though all four days of Equilibrio — especially the first two — were tightly scheduled with a long list of activity choices, there always seemed to be a spare ten minutes to make a dash for the sea. And with such an inviting ocean just literal steps away from our rooms or tents or hammocks, how could we not?

Some would surf, some would sit in the sand and gossip, others would go for a refreshing swim or take a dunk to cool down after an intense yoga session. 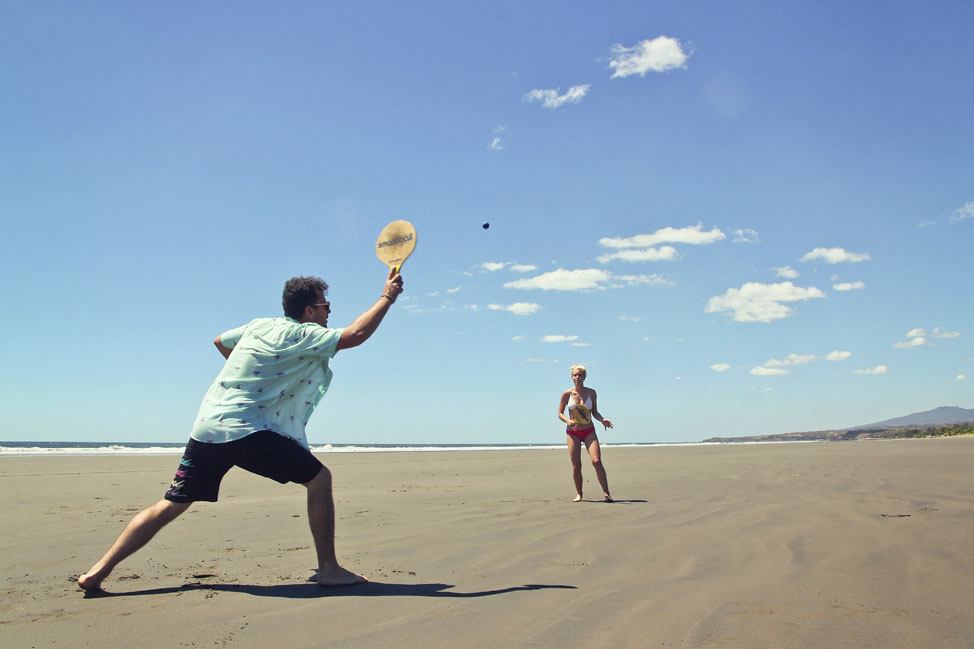 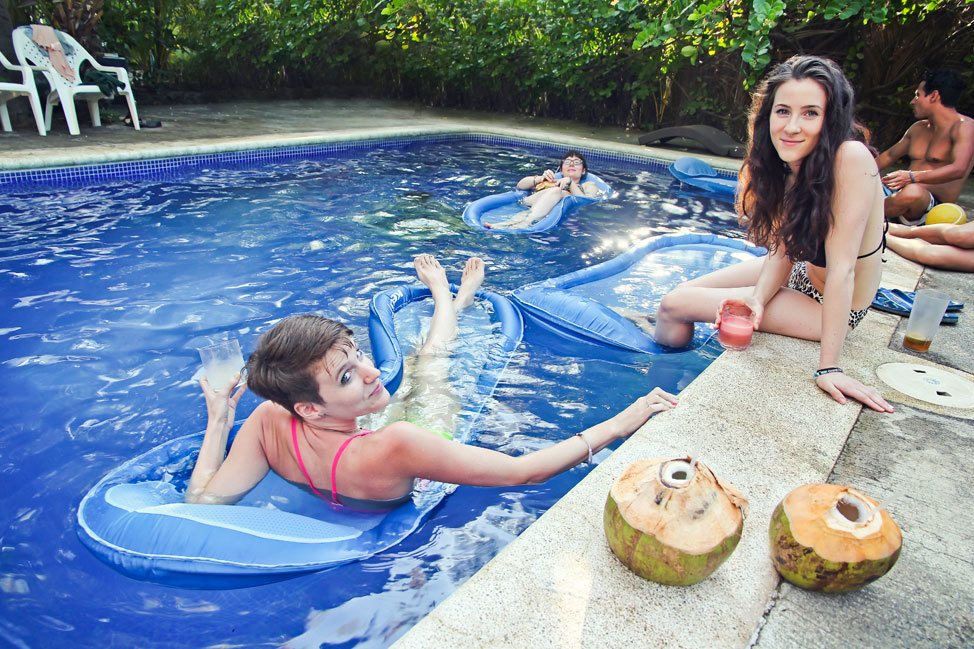 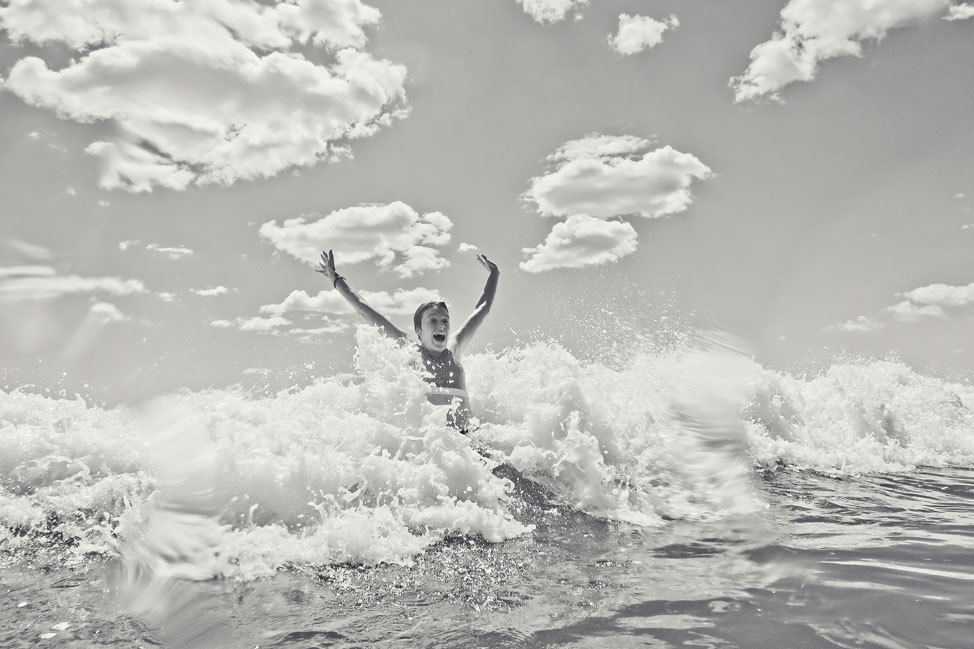 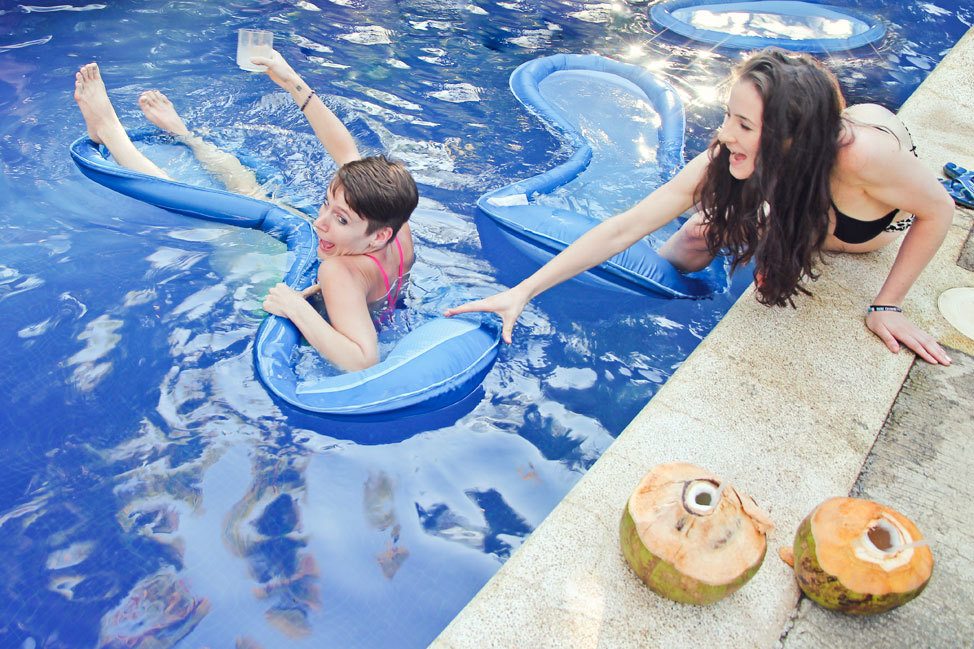 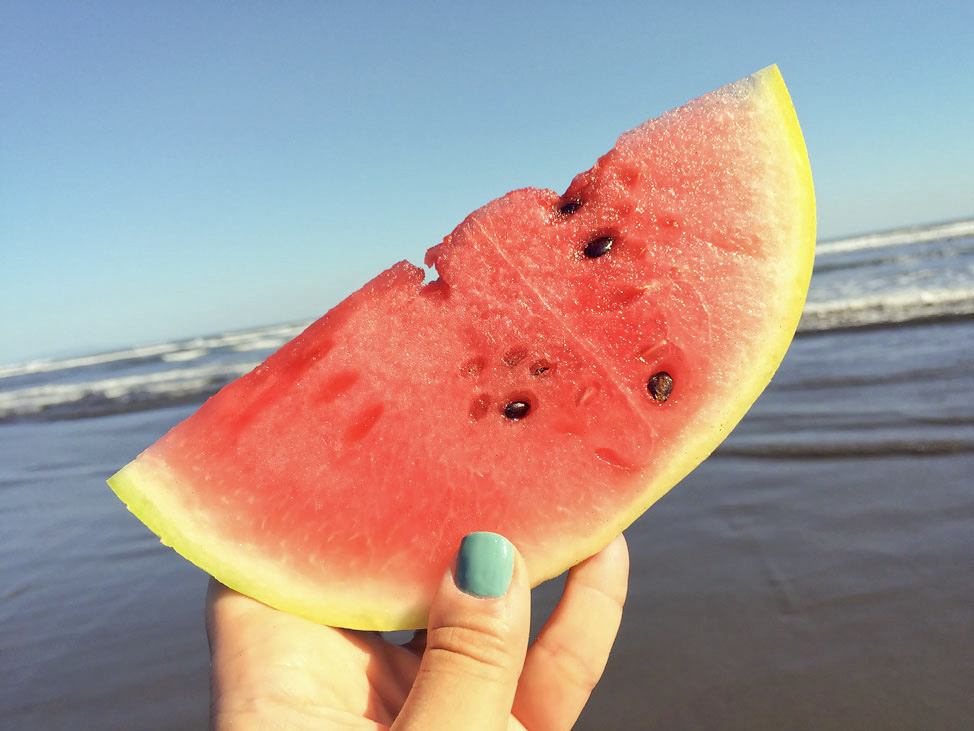 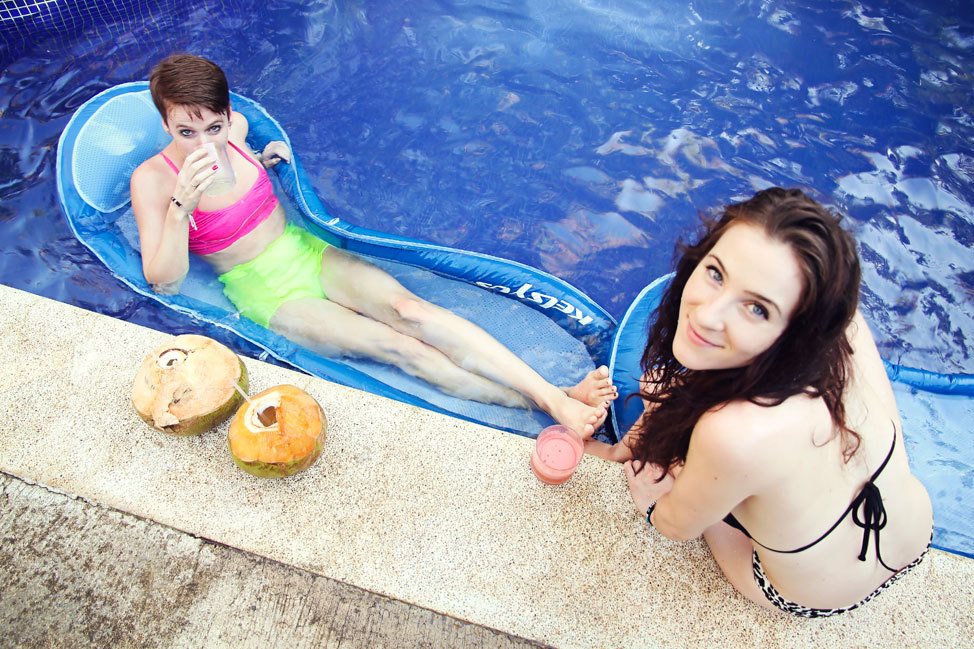 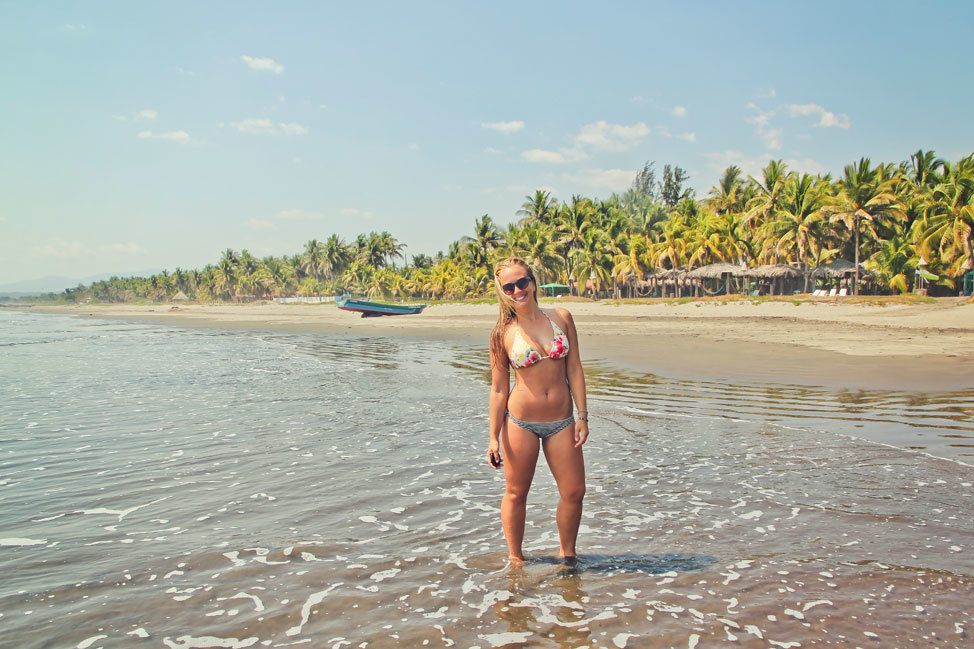 Nights were not neglected at Equilibrio. On Night One, the solemn opening ceremony was followed by a local marching band leading a joyful dance party from the street down to the beach, and later, a Salvadorian circus performed on the sand for a mix of locals and festival go-ers. On Night Two, there was a variety show in which the amount of talent contained in one little festival amazed me all over again.

On Night Three, we spiffed up for a black and white party catered by a local fish shack and highlighted by a beach bonfire. And on our final evening together, we kept the fire theme going with a dramatic beach burn and one final cacao ceremony — yes, there had been several. On all the nights, there was music, and dancing, and friendship. 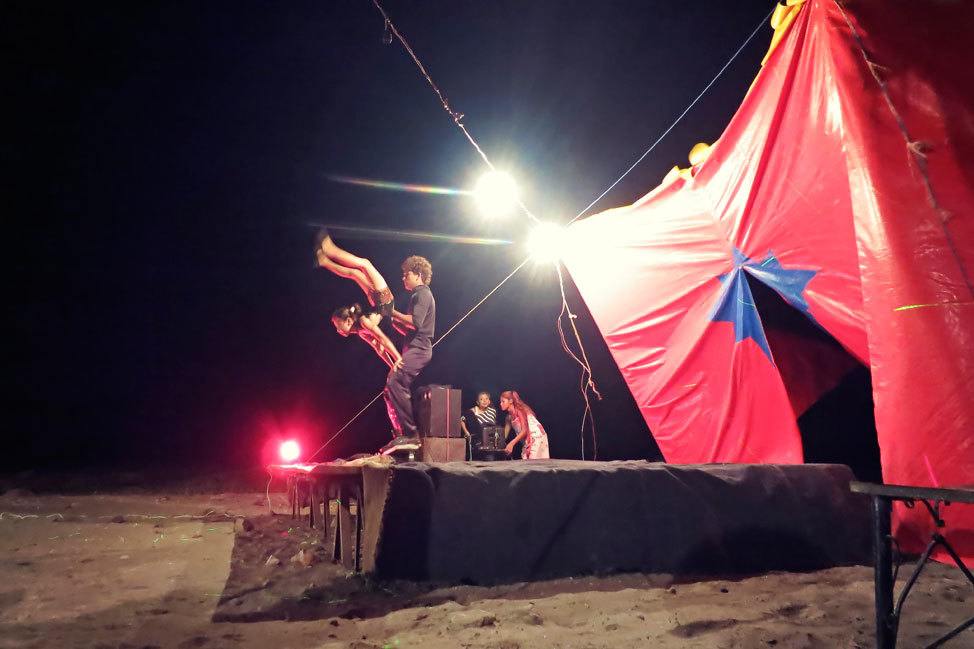 The small size of the festival — just one hundred and twenty people — meant that the partying was far from overwhelming. For once, I left a festival feeling energized instead of exhausted. I had no interest in sleeping the days away for this one — so in that spirit of balance, I had two big late nights of indulgence and two that ended with relatively reasonable bed times.

And those two big late nights were worth ever moment of lost sleep — different DJs took turns beneath the palms, fire twirlers elicited oohs and aahs by the pool, handmade cocktails were served up in the Cosmix bar, and there were plenty of hilarious dance floor antics abound. Sand below, stars above, drinks from a thatch roof bar — that’s my kind of dance party bliss. 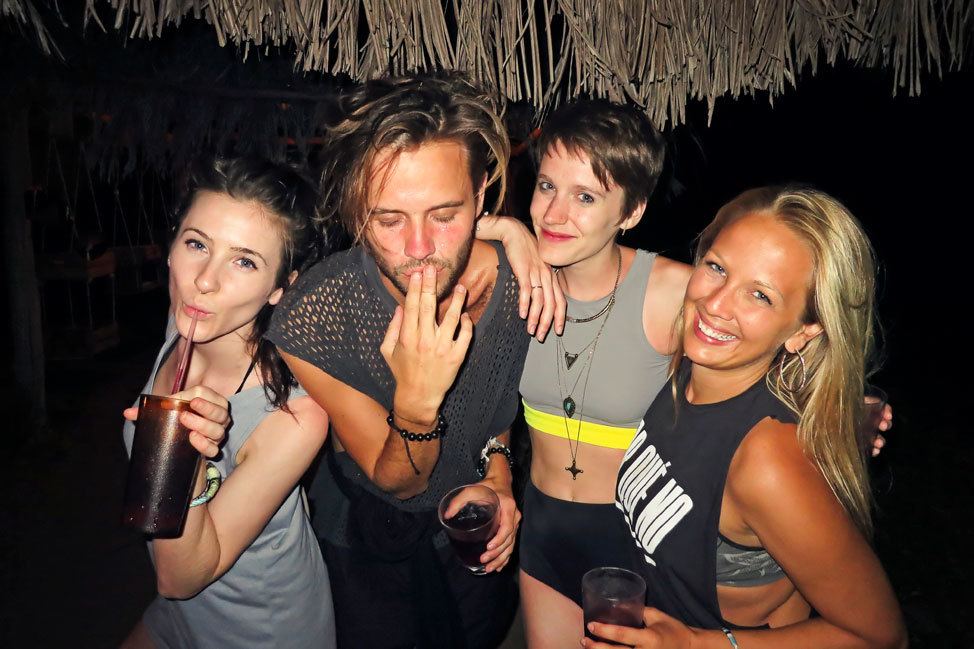 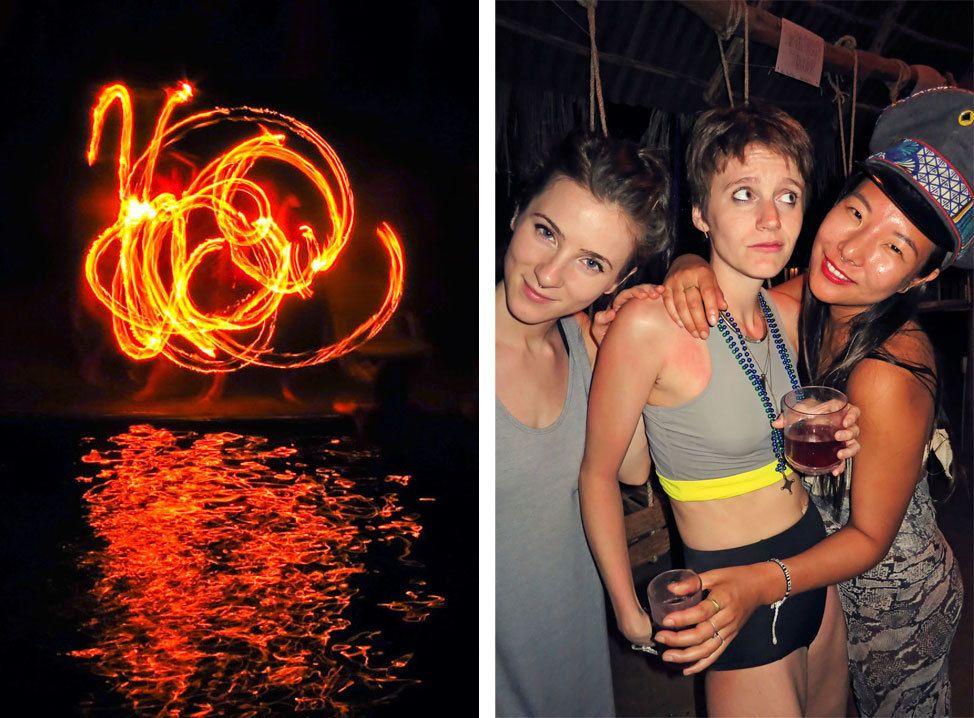 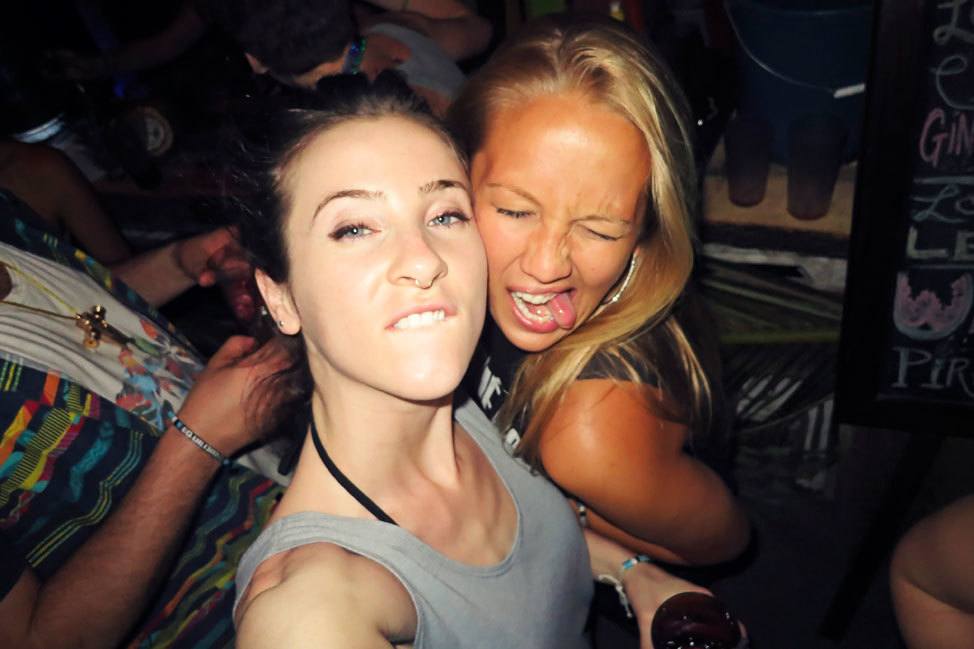 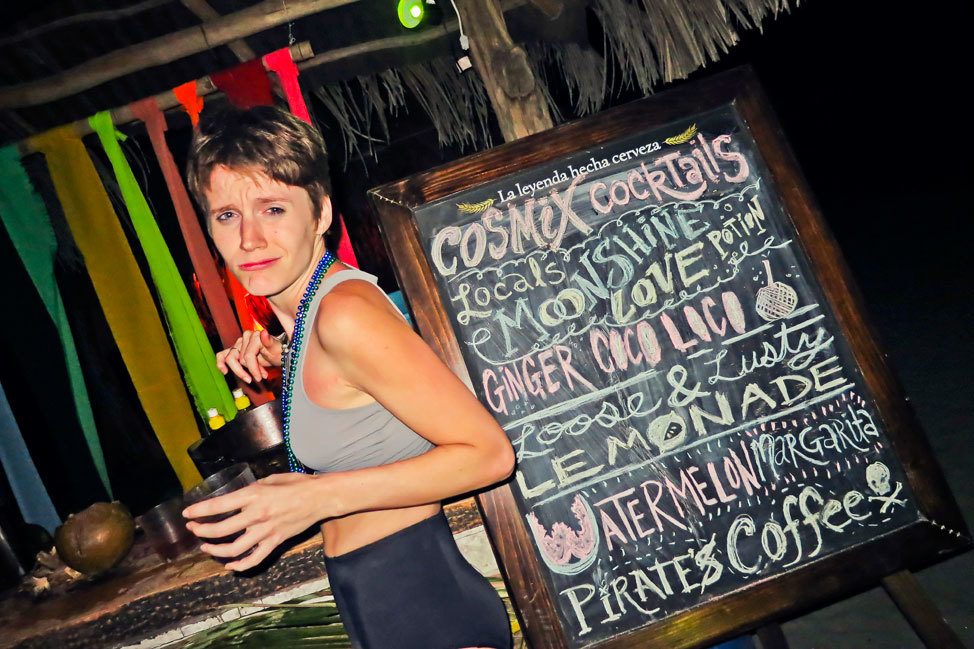 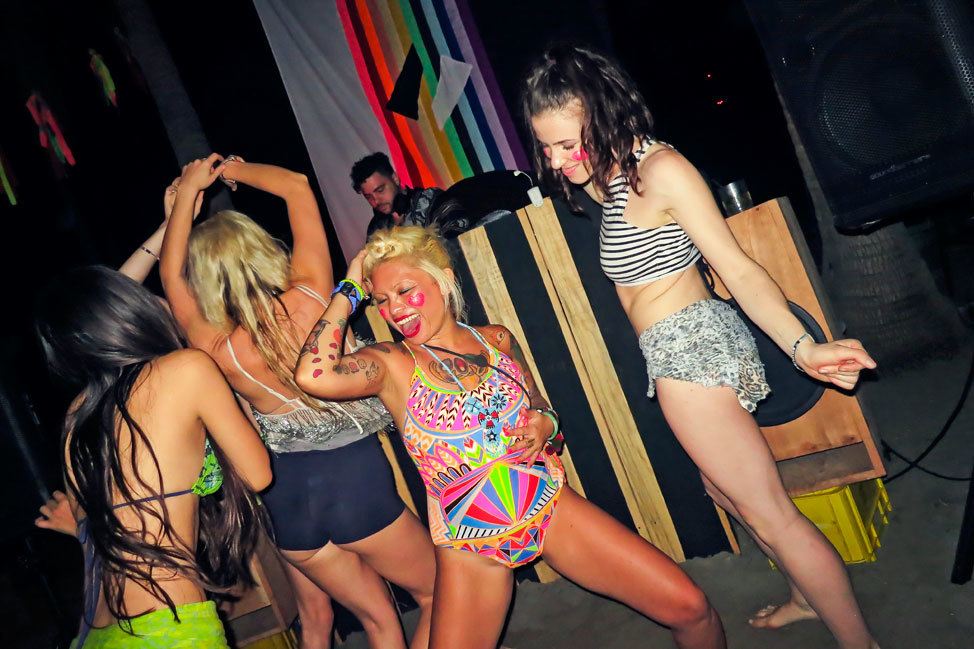 While I’d be hard pressed to narrow down just one favorite moment of Equilibrio, I can say with full confidence that the aforementioned black and white party cleared the top ten. As we posed in our finest beach bum attire, I felt like we were all spiffed up for a hippie prom.

It was a night I won’t easily forget. 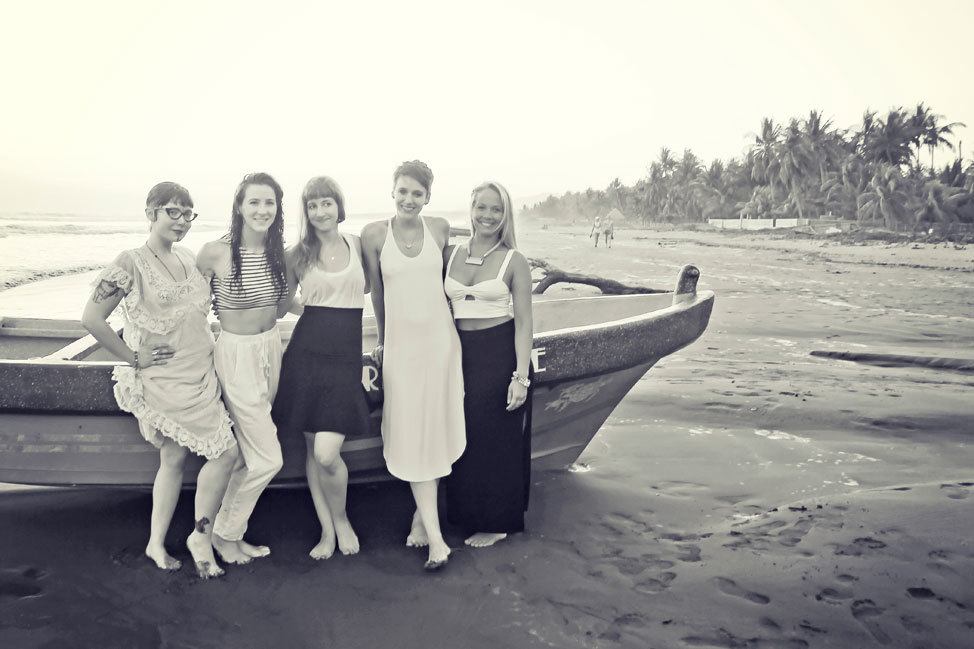 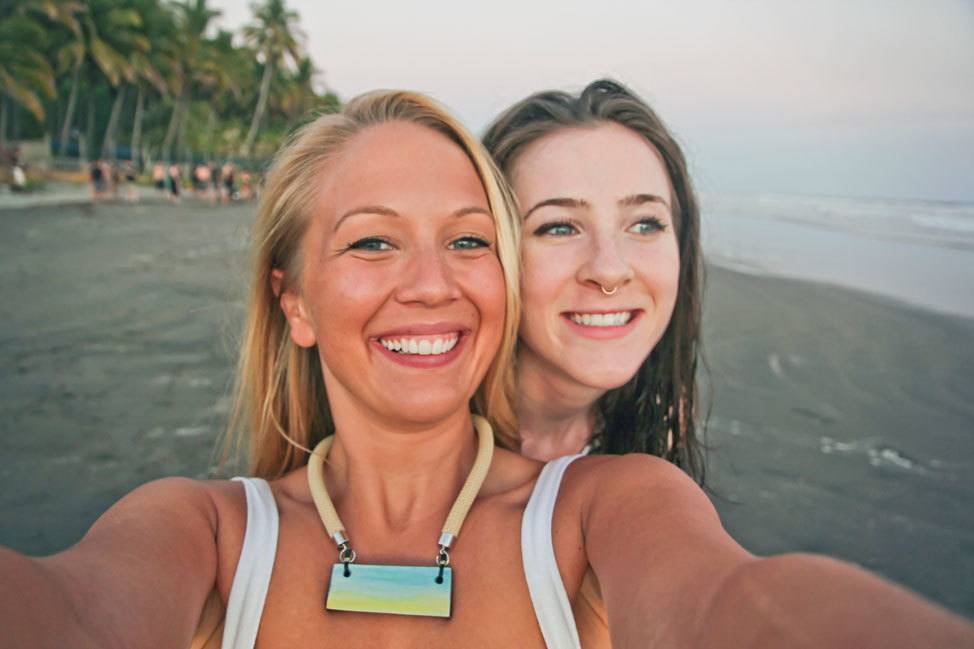 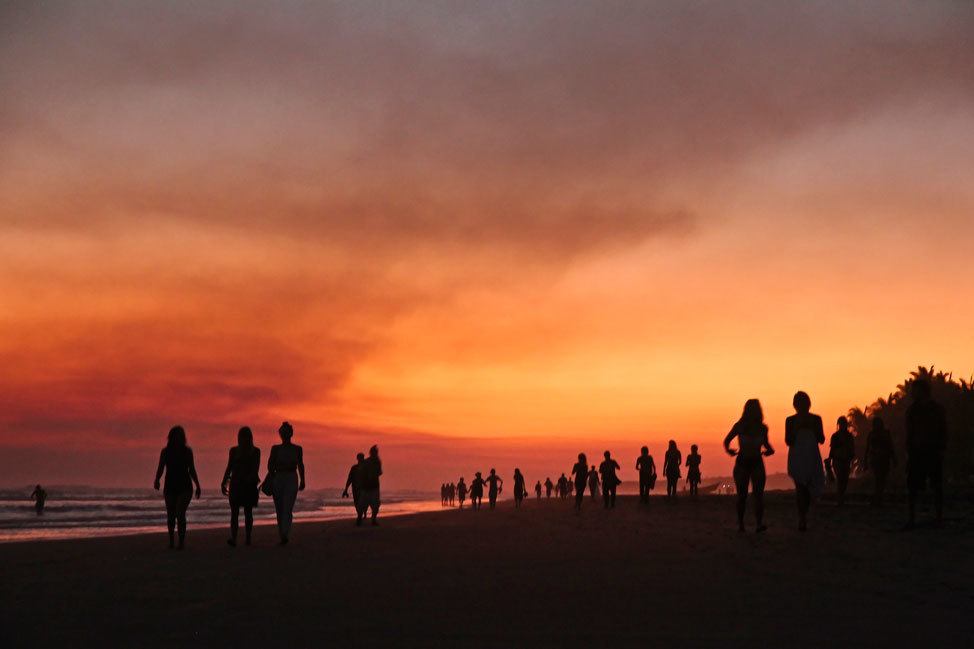 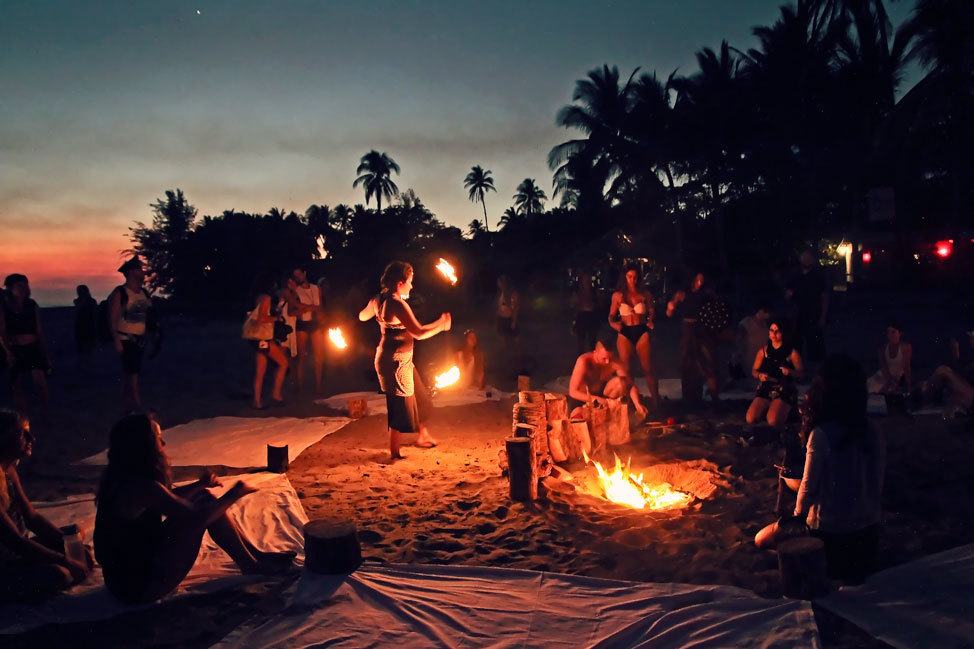 The last night was, in contrast, a quiet and reflective one. The light from the fire that had been burning since our opening ceremony was carried out to the beach, and after a meditative closing one (we really liked our ceremonies at Equilibrio), we watched in silence as the sculpture we’d been living amongst for four days burned down the the sand. 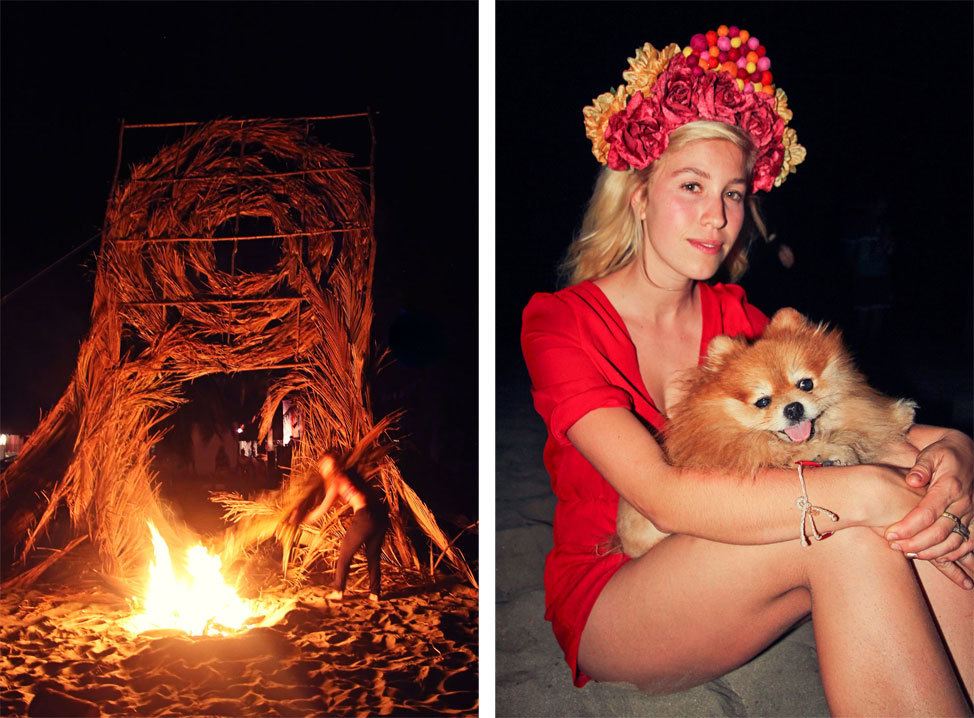 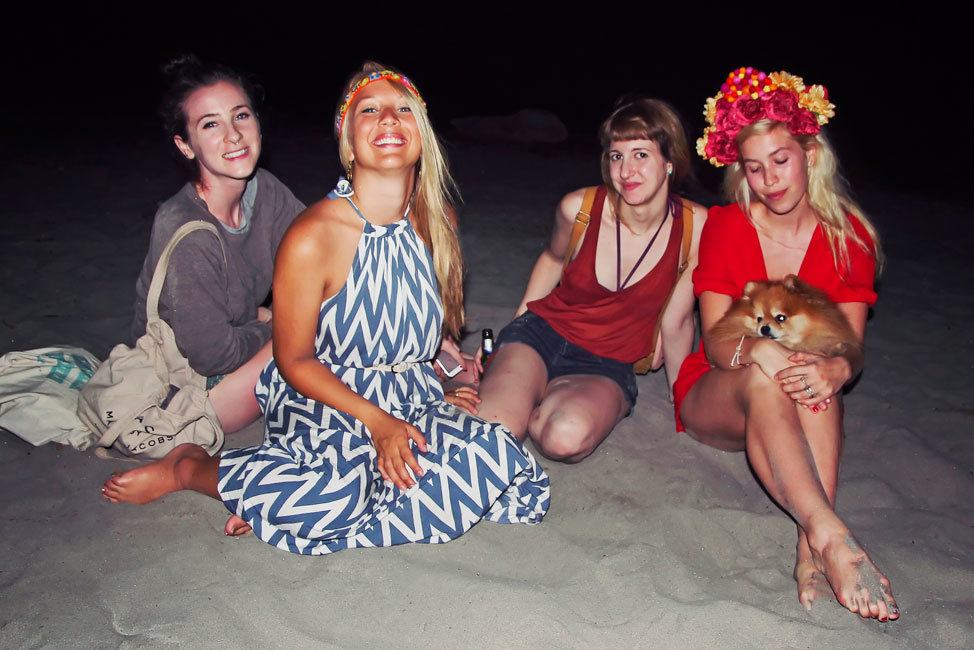 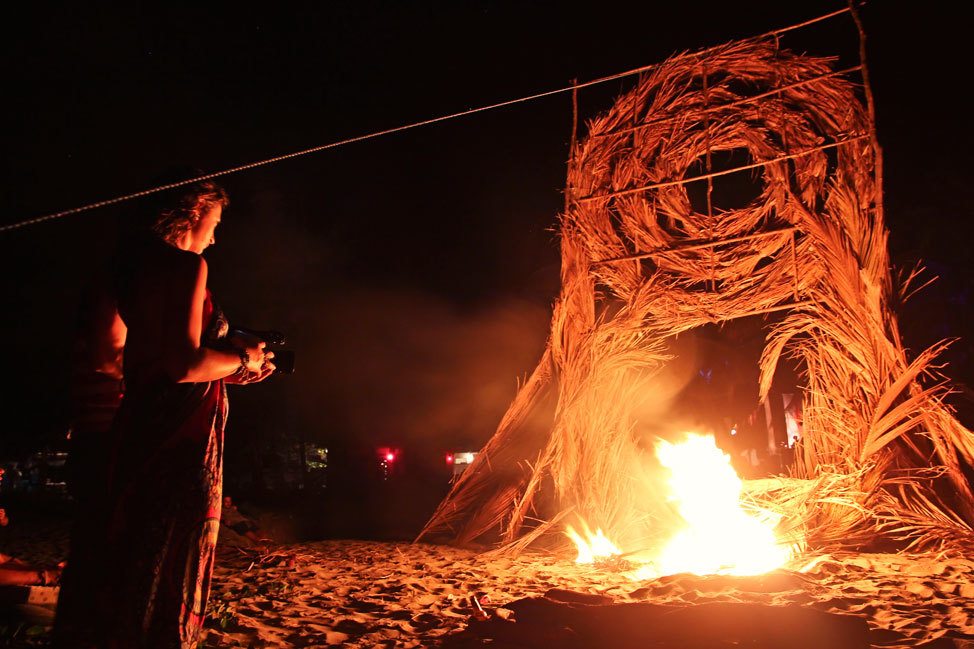 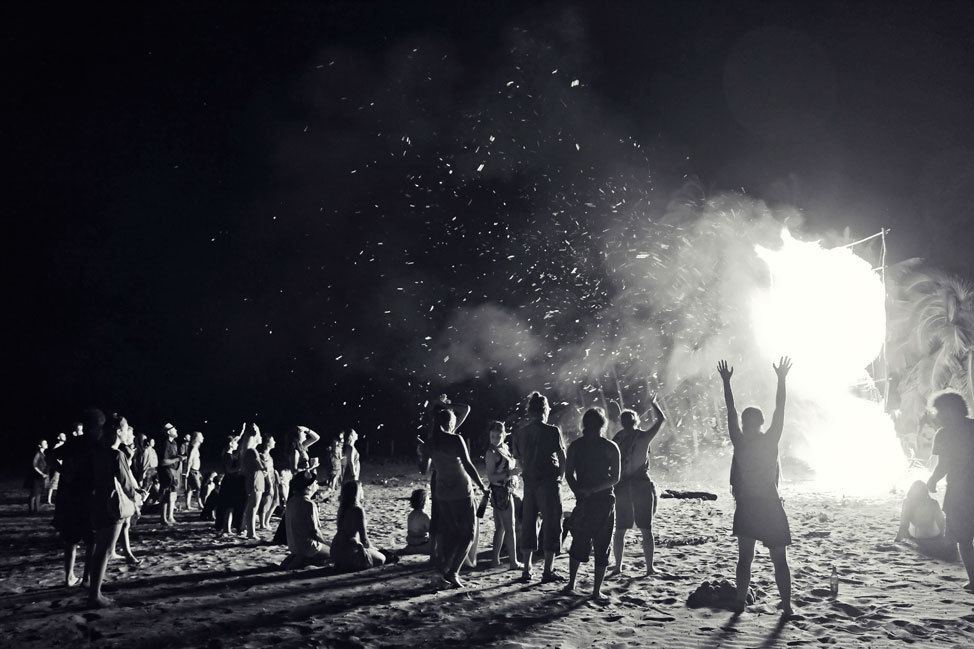 When I got back from Burning Man, I wrote a post called What the %$#* is Burning Man?, a post that tried to answer that frequent and difficult question. Yet I’d struggle to even start trying to answer the same question for Equilibrio, so layered and unique and refreshing was my experience there. Frankly, it wasn’t like anything I’ve ever been to, and I think that’s because nothing like it exists.

Equilibrio was the inaugural international festival put together by Future Clear, and there were some first time fumbles — sometimes organization was a tad unclear and the schedule started unraveling a bit towards the end of the event. But those were minor speedbumps to an overwhelmingly successful first time festival — I can’t wait to see what they come up with next. 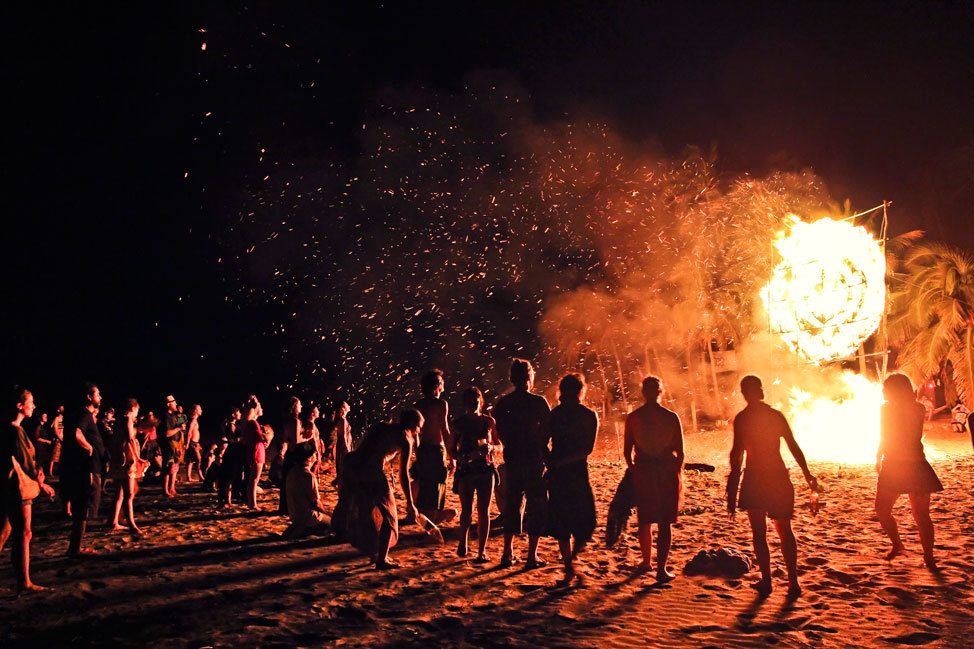 You could say that my experience at Equilibrio was so impactful for me because it was created by some of my dearest friends. And that is true — I felt remarkable pride and awe surging through me, knowing that these people who have been important pieces of my life for more than eight years, who in many ways I grew up with, had built this unbelievable thing. However, I think the special thing is that by the end of the festival, anyone there could have said the same — because we were all connected, and we all created it, together.

There was no quietly observing at this festival — everyone was a participant and a contributor and an artist, in some way. And months later I am still grateful for the people that came into my life as a result of Equilibrio — weird, wonderful, special and talented souls who I know I’ll collaborate with and travel with and laugh with for a long time to come.

It was surreal to watch it come together, and I was honored to be a part of it. 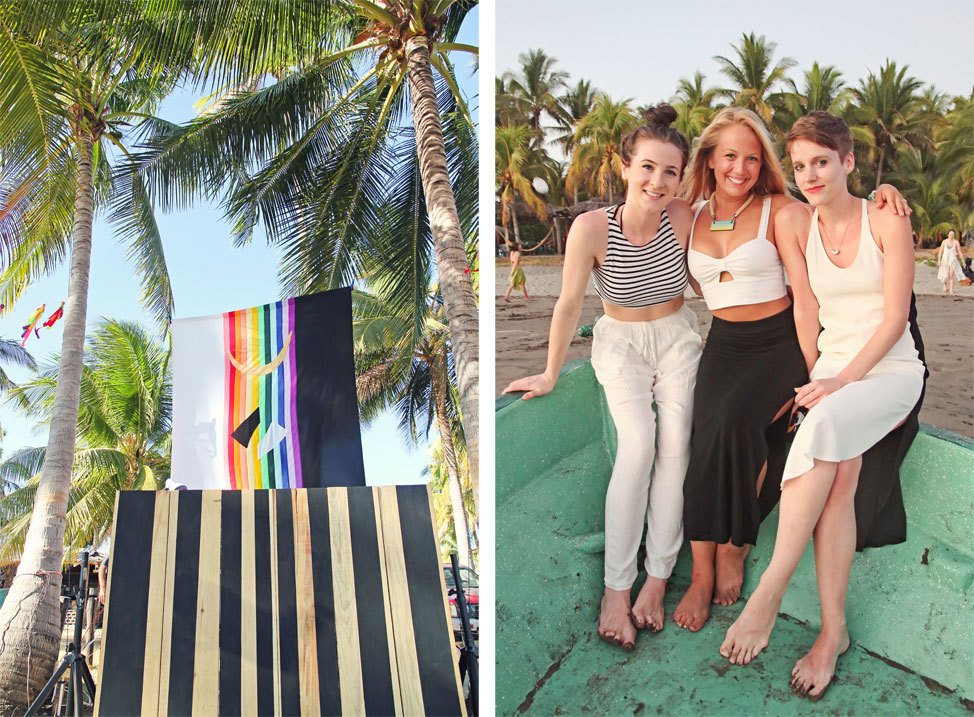 Thank you again to the Future Clear crew for a fabulous event!
So what do you think? Will I see you there next year?

Fifteen Photos That Will Put Burning Man On Your Bucket List

Photo of the Week 205: New York In Search of Electrolytes in El Tunco
38 Comments...