Move to The Bleat! Goat Yoga in Martha’s Vineyard

One of my favorite things about being the in the US for the summer is getting to try out crazy fitness trends. Aqua cycling in a pool? I’m in! Zumba with drumsticks? Sign me up. Hot yoga to hip hop? Literally obsessed (All three of those are real classes in my regular rotation when I can find ’em!)

So imagine my excitement when I read that goat yoga, the latest asana style to sweep the nation, had arrived in Martha’s Vineyard. 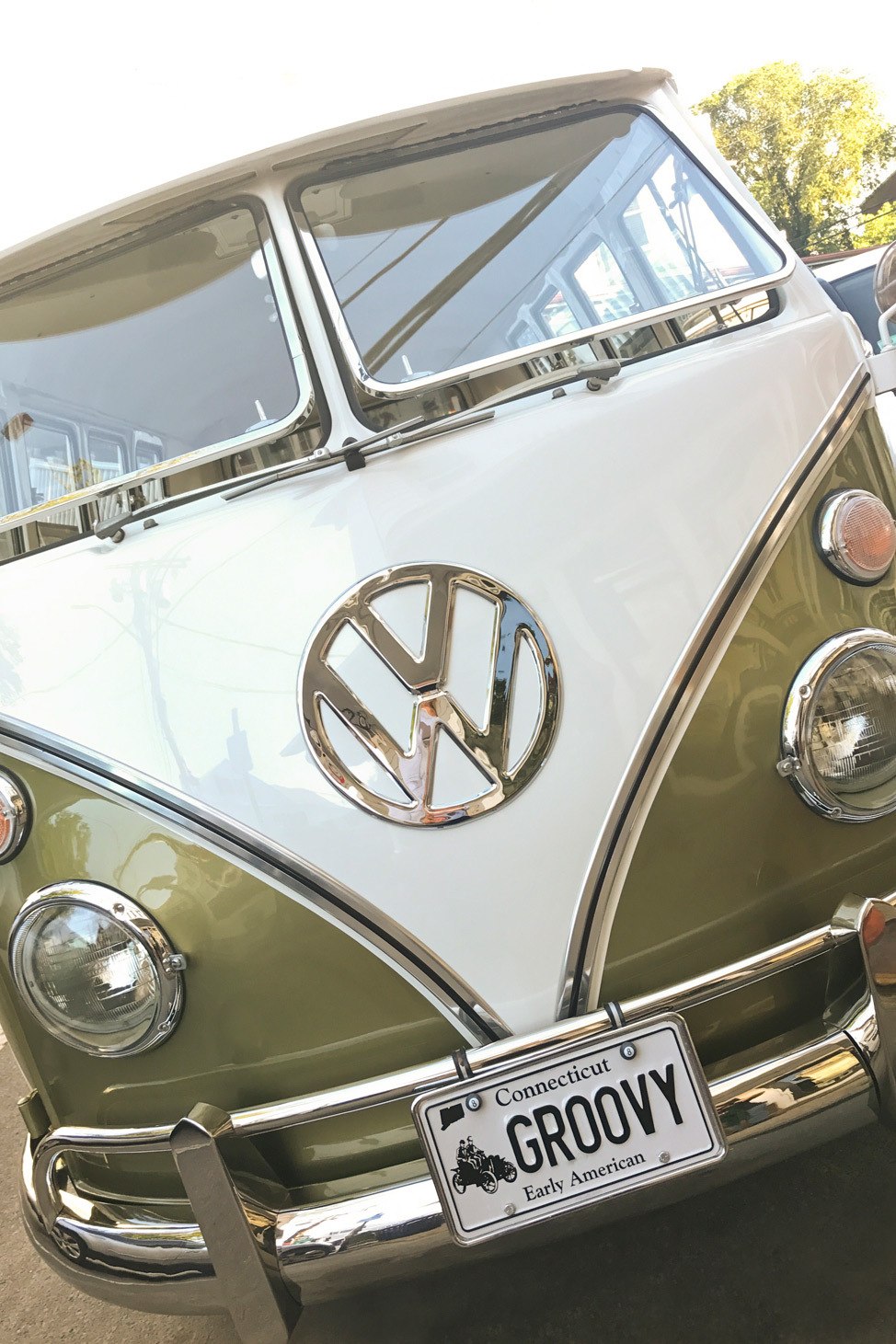 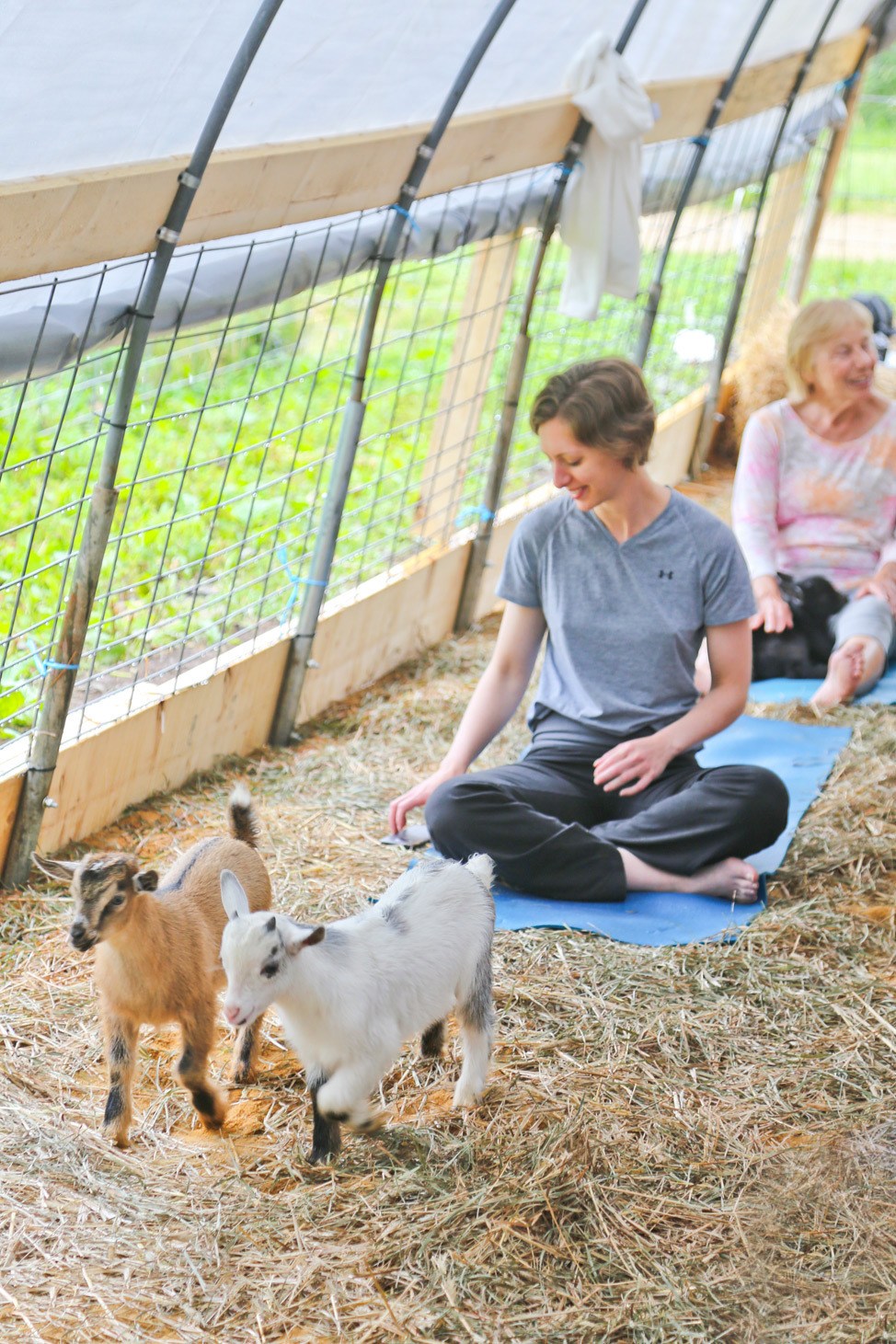 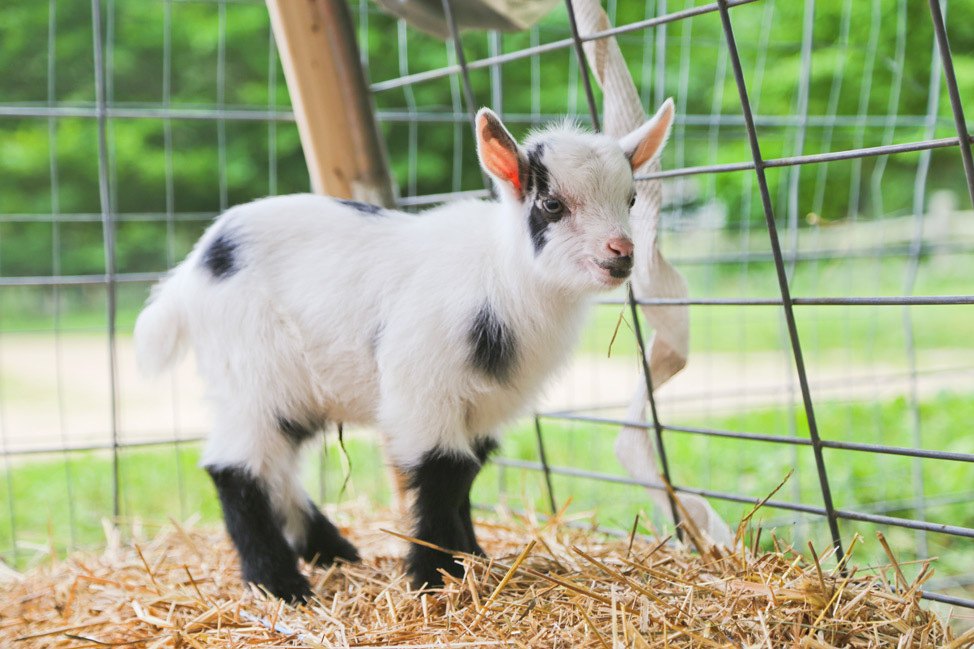 Ian was my bemused partner for this adventure, and as we drove the windy roads up-island on this particularly rainy morning, I hoped the weather wouldn’t divert our goat-date. I was relieved when we arrived to find that the class was being held in a covered farm structure, rain or shine.

As we settled onto our mats, we met our instructor Josey Kirkland, a goat owner and enthusiast, an environmental educator at Felix Neck Wildlife Sanctuary and a yoga teacher for seven years. I was pretty pumped to be practicing outside with our without furry sidekicks, something I’ve come to love on my international travels but rarely find within the US. Josey agrees, teaching both at Native Earth Farm, where we were settling into our sun salutations, and also standard vinyasa classes at Long Point Beach. 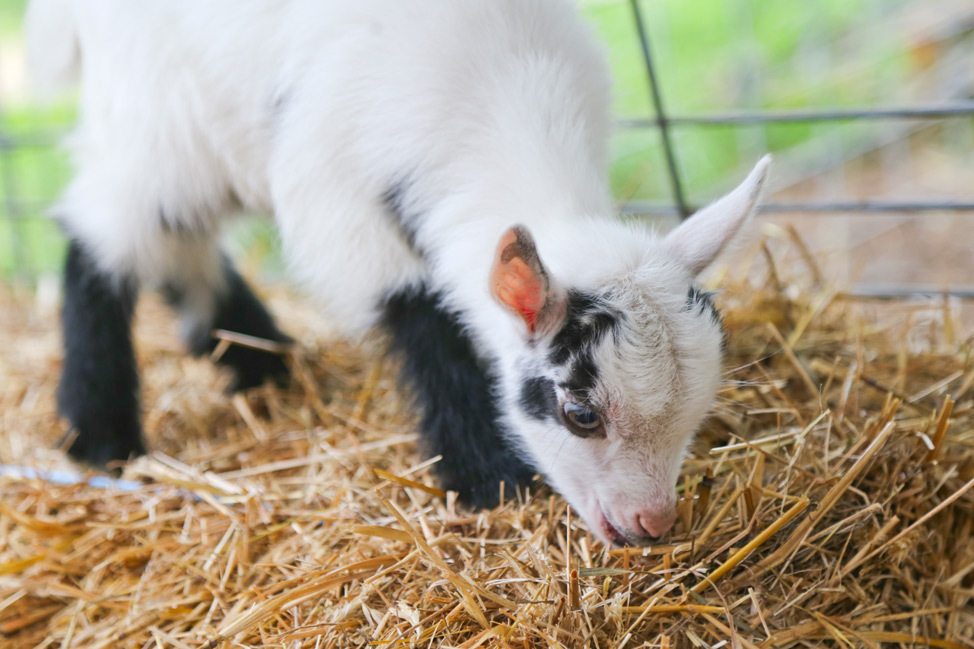 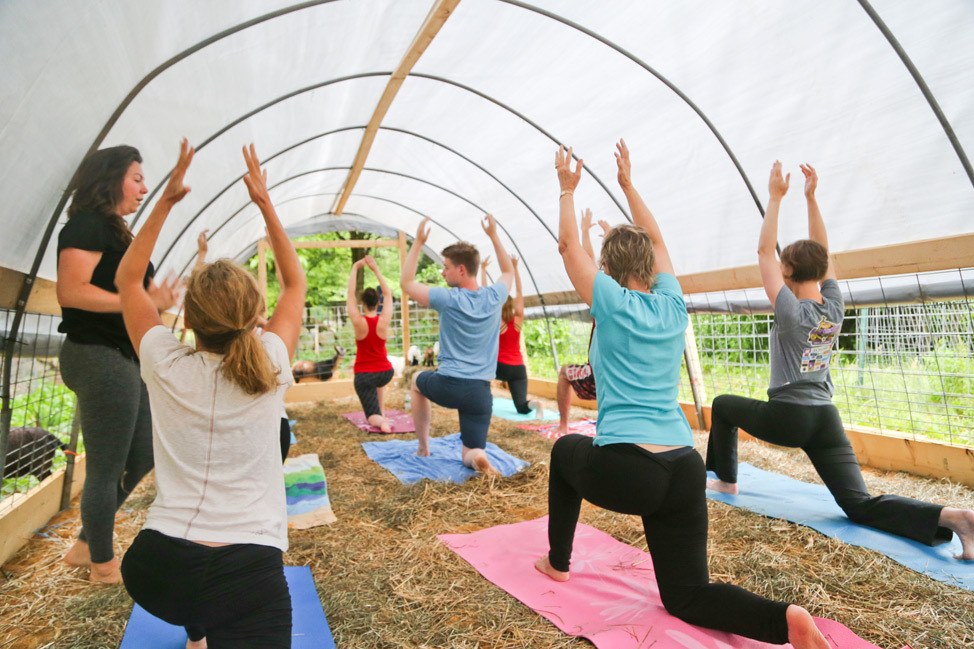 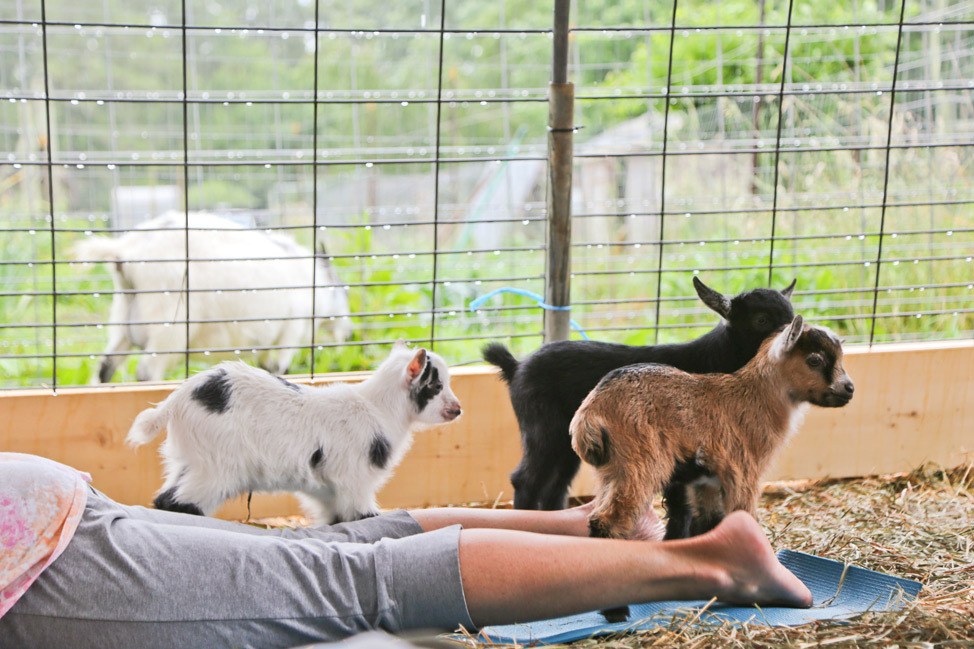 We attended the first ever edition of Goat Yoga MV, which meant there was a little learning curve for everyone — but mostly for the five baby pygmy goats that attended, most of whom were away for their mothers for the first time. Josey assured us this was a totally natural process, though I admit that the first ten minutes of the class were fairly stressful as the goats darted around looking tense and bleating their little hearts out.

Soon, though, everyone got into the groove. The class was a gentle vinyasa style, perfect for beginners, of which there were many in our session. Familiar asanas were punctuated with the occasional goat nibbling on a big toe, or jumping up on someone’s back or chest for a balancing practice of their own. 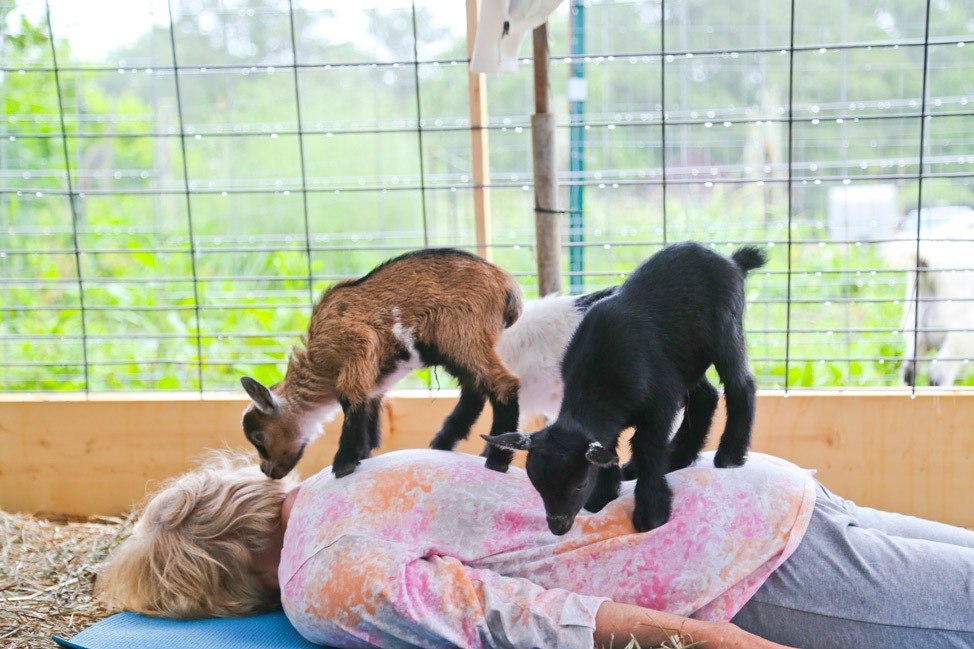 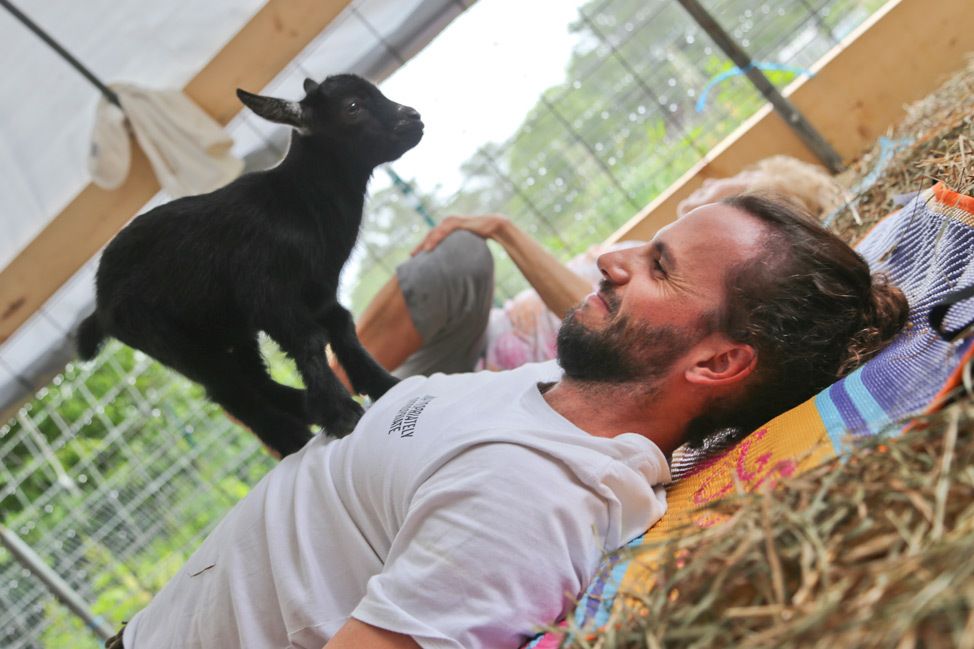 The goats were a little less interactive than the ones I’d seen in online videos and articles, but I chalked that up to them just needing to warm up to us — most of the goat interaction took place in the final fifteen or so minutes of class. But once they did they were the cutest cuddliest little yogis I’ve ever seen!

I loved that throughout the practice, Josey explained to us why she felt such a connection to goat yoga. The healing power of spending time with animal is no secret, and domestic pets and farm animals alike are often used for therapy — they’re credited with lowering blood pressure, releasing endorphins, and even extending life expectancies. Goat yoga isn’t just a cute Instagram fad (though it’s definitely that too), it’s a way for people to move their bodies, fill their hearts, and remember to smile and be playful throughout their day. 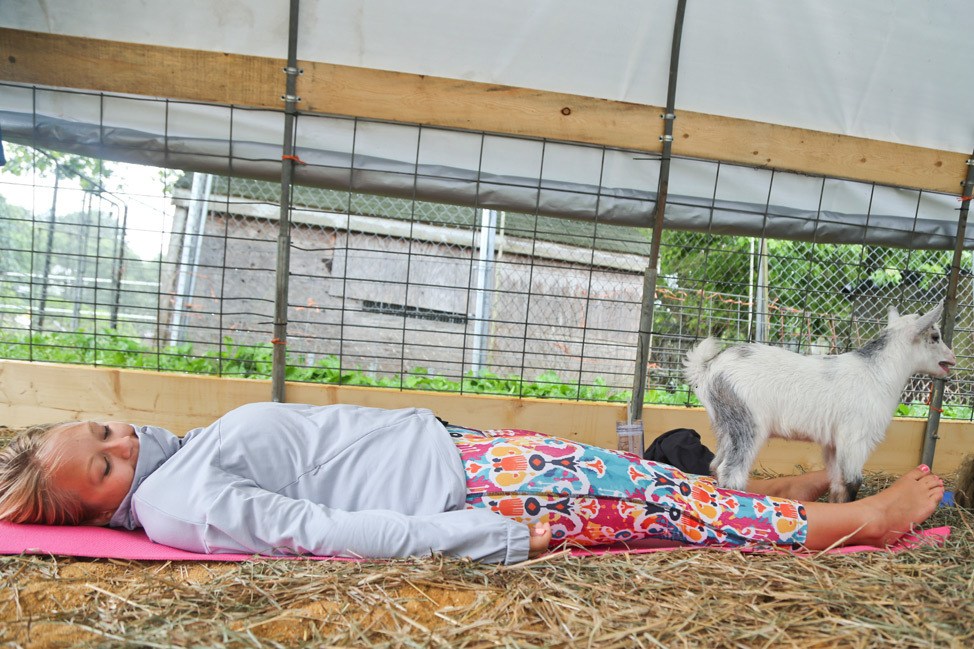 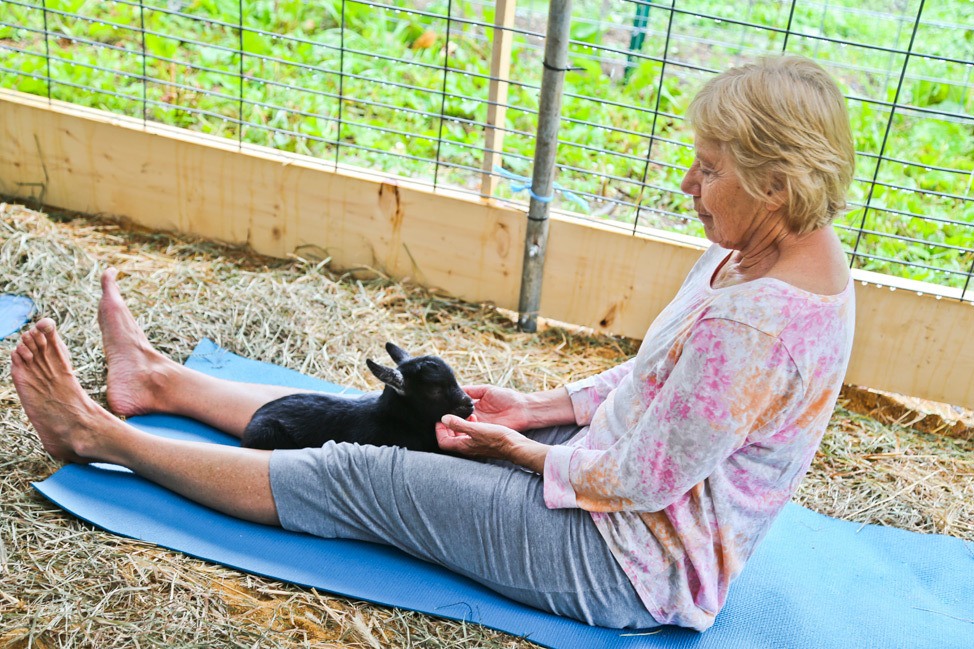 After class, there were plenty of time for goat selfies. We had such a good time in this class I wanted to come back the next week, but it was already sold out! Classes are filling up across the country — some studios have waiting lists over one thousand people long — so if you have the chance, don’t hesitate! At $25, it’s about comparable with other yoga classes on Martha’s Vineyard.

Next up: Check out my post on where to practice on Martha’s Vineyard! 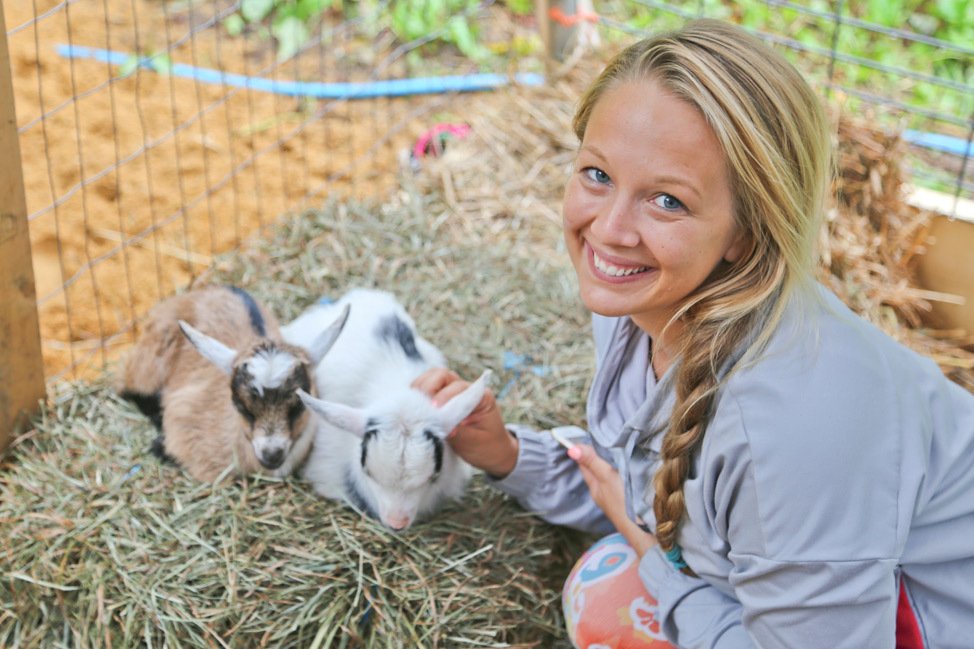 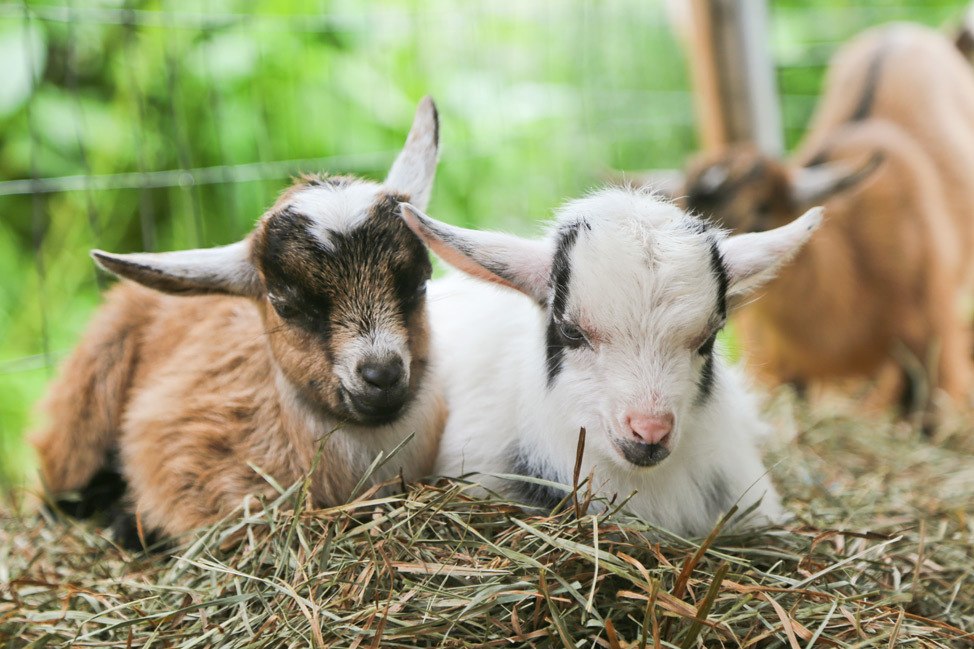 I get that this is a thing that’s kind of easy to throw shade at, but I had the best time trying out goat yoga. I loved that our instructor highlighted why this is more than just a trend — there’s a restorative power to being around animals, to moving your body, and to being outside. Goat yoga combines all three!

Plus? I got to be on the cover of the MV Times, and that meant my mom had something to put on her refrigerator. So really a win-win for everyone. 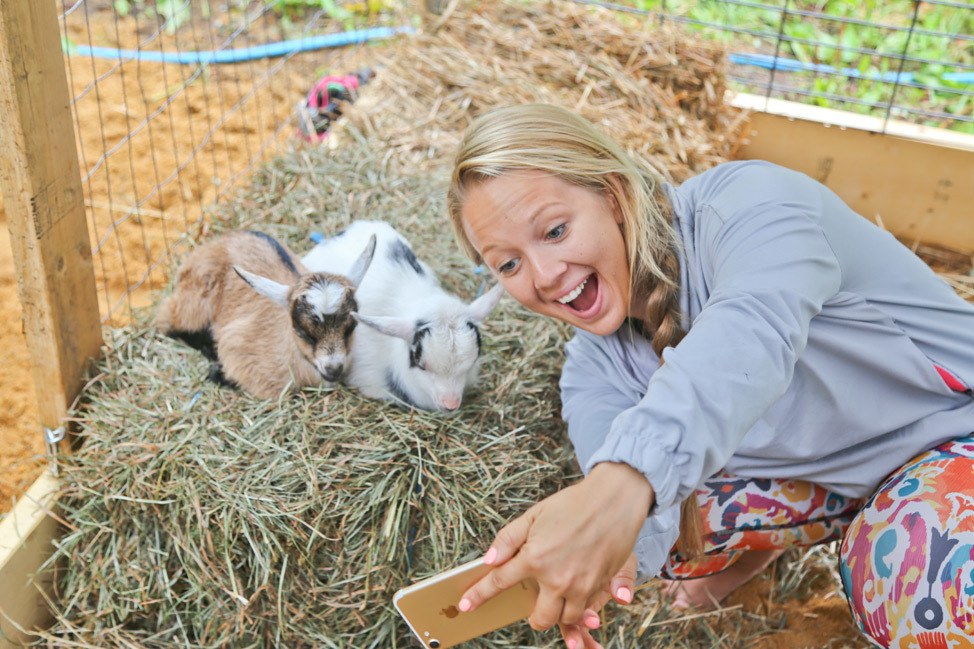 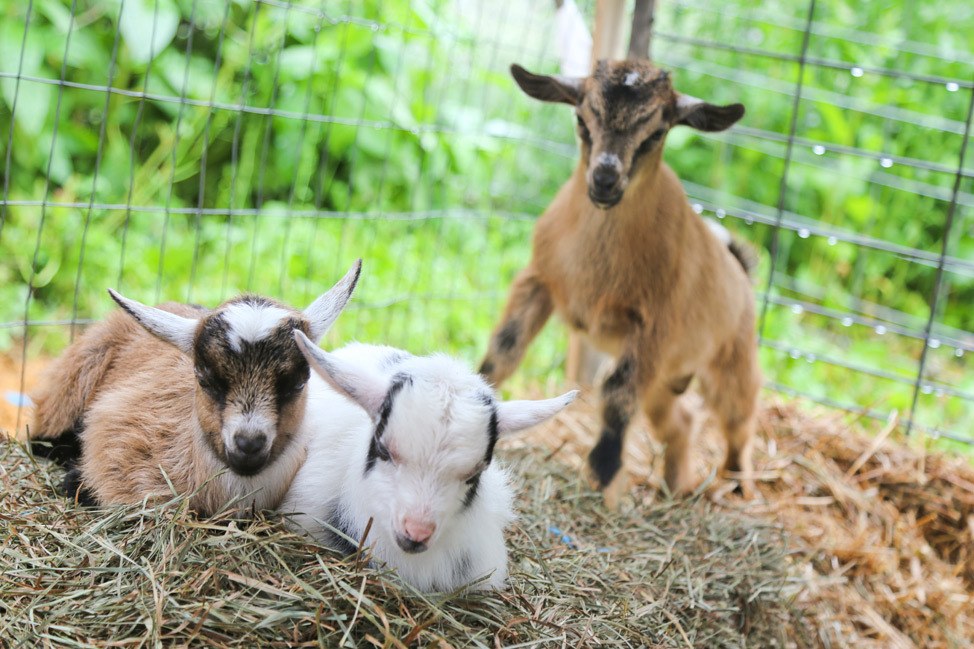 If you’d like to see Martha’s Vineyard through my eyes, my family’s historic Oak Bluffs gingerbread cottage is available for weekly rentals. We renovated each room by hand and I’d love to share its magic with you! The Wanderland Dive Guide to the Florida Keys

What To Wear on Travel Days: My Encircled Obsession Cupcake Contests, Mermaid Floats, and Other Fourth of July Traditions
30 Comments...