Central America, Take Five: Getting into the Granada Groove

I arrived in Nicaragua knowing not more much more itinerary-wise than the city I planned to sleep in that night. I was returning to Central America for the fifth time, and I was more unprepared than ever. I didn’t have a single hostel booked, a single tour planned, or a single bus schedule notated. But yet, I knew what I wanted from the four months ahead.

I wanted to move slowly. I wanted to spend more time in less places, to allow for both travel and work, and not to feel guilty for skipping other people’s “must-sees.” I wanted to pay out-of-pocket for accommodation and activities, and to mostly avoid press comps and obligations. I wanted to focus on my health, and to work out and eat well as much as possible. I wanted work to feel like a source of creative energy and pride, and not an anxiety-inducing drain. And while I had a few firm dates on my calendar — a festival in El Salvador, and meeting my family in Belize — in between, I wanted to figure out my route and itinerary on the fly.

Basically, I wanted to finally find that sweet spot where I was both a bohemian world traveler and a successful, stress-free businesswoman. And I got off to a great start in Granada. 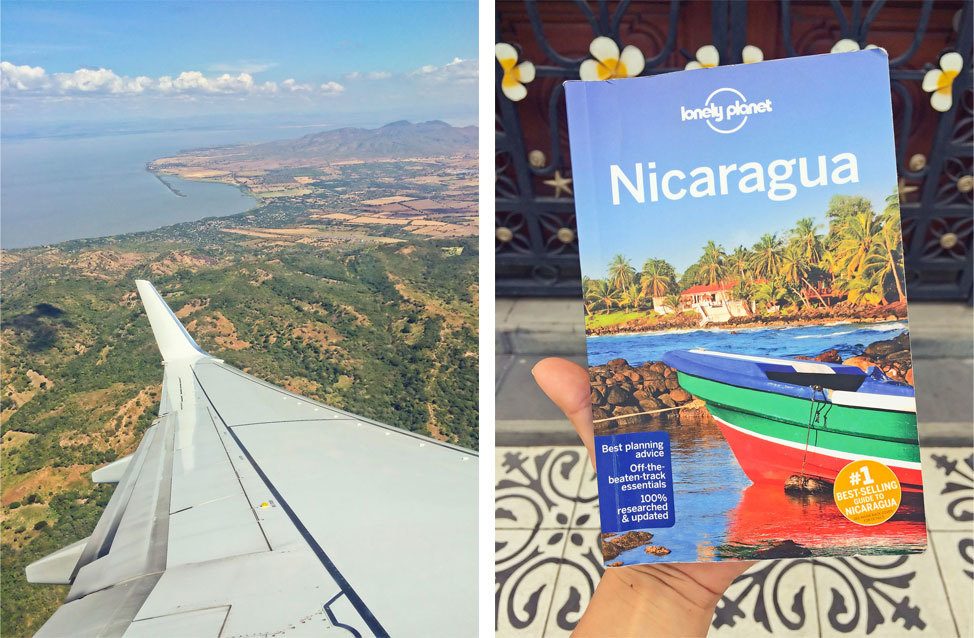 My flight from Miami was so short that I was suspicious I was really landing in a different country. As I caught my first glances of Nicaragua from my window seat, I flashed back to my arrival in Peru about a year prior, which was planned with military precision and involved upwards of eleven pages of documents.  In anticipation of this arrival, I had vaguely decided to give Managua a pass, and started looking online for a shuttle about twelve hours before my flight, which, I discovered, is a little too late. But no hay problema, I strolled out of the arrivals terminal, found myself a shuttle, made a few pleasantries in Spanish with the driver, and fell fast asleep.

When I woke up, I was in Granada. After dumping my bags in the first hostel with vacancy, I hit the streets, hungry for both lunch and my first impressions of a country I’d long ached to visit. 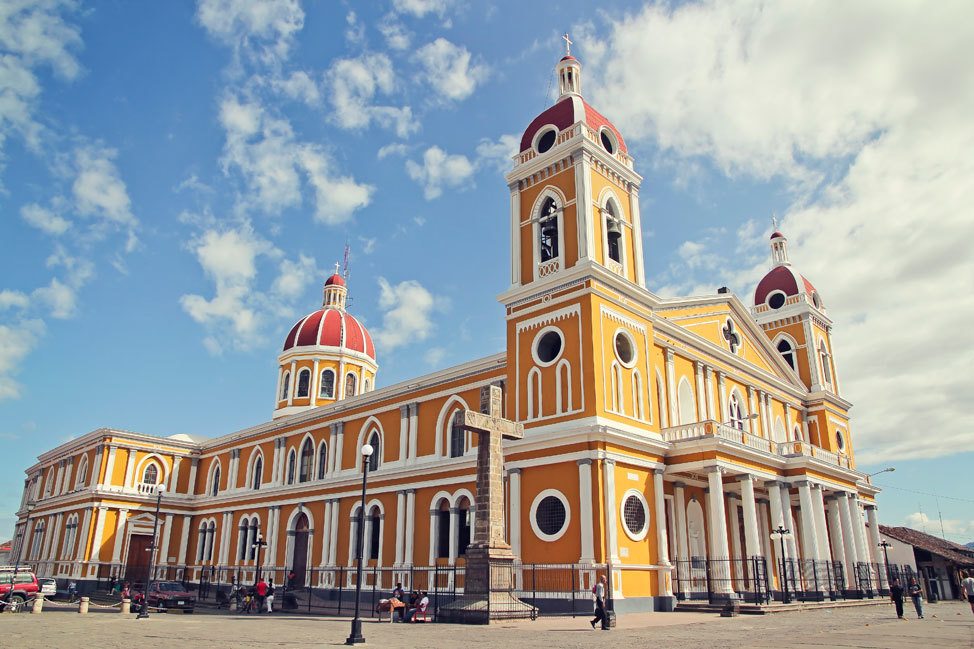 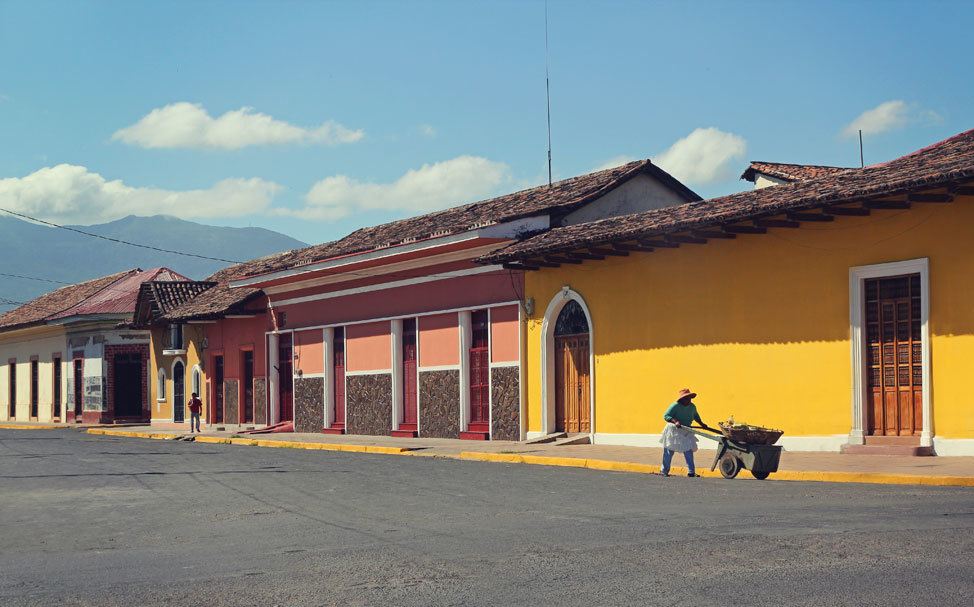 I’d had a surprising number of pre-trip jitters considering this is a region I’ve traveled to multiple times with a language I can easily get by on. Looking back, I think my anxiety had more to do with missing Koh Tao than anything else — but as soon as I hit those streets I knew I’d made the right decision. I was exactly where I needed to be. It felt great to be back on the road and back on my own.

At the worst of times, solo travel can be inconvenient and downright lonely. At the best of times, it’s recharging and exhilarating and so incredibly freeing. This was the best of times. After the holidays and an intense, action-packed and family-and-friend-filled month of domestic travel right before my departure, I declared myself on a people detox while in Granada, and reveled in the anonymity that a new city brings. I spent mornings wandering alone with my camera, afternoons typing away in café bliss, and evenings curled up reading or catching up on my favorite TV series with takeaway. It was perfection. 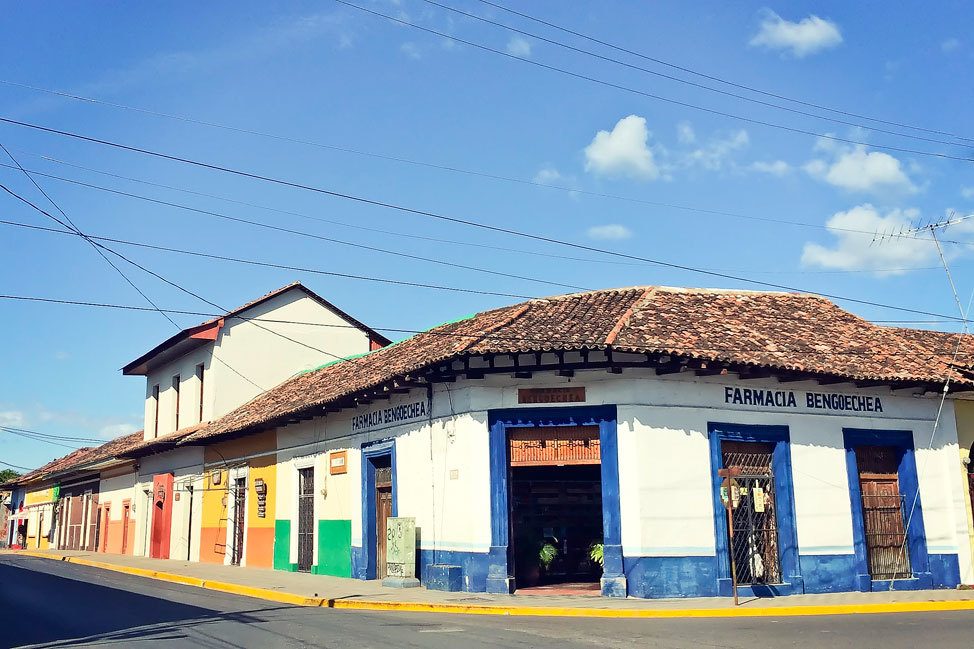 I had heard mixed reports on this tiny little colonial city of Granada — many fellow travelers seem to find it a bit too touristy and I wondered how I’d feel. When I landed, I thought I’d give it at least a few days. I stayed a week — and I loved it.

What I found was a city quaint and colorful, with cobblestone streets and horsedrawn carriages, small enough to feel like you can get a handle on it; enough to do not to get bored but no so much to feel overwhelmed. It’s touristy enough that all the amenities I wanted were on tap, but, having just landed after a few months in the US, still exotic enough to feel lost in a foreign land. The forecast was blue skies and sticky heat — my favorite. And catcallers aside — who were generally more infuriating than intimidating — I took joy in my small local interactions each day; buying fruit from a market, asking directions, and just generally hacking the Spanish language apart once again. 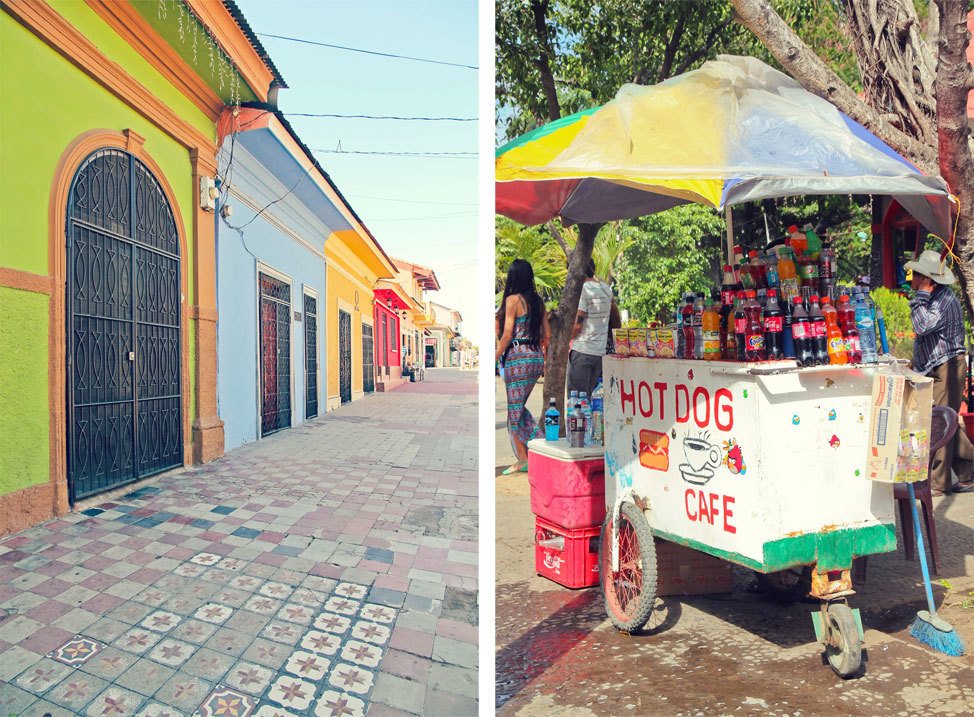 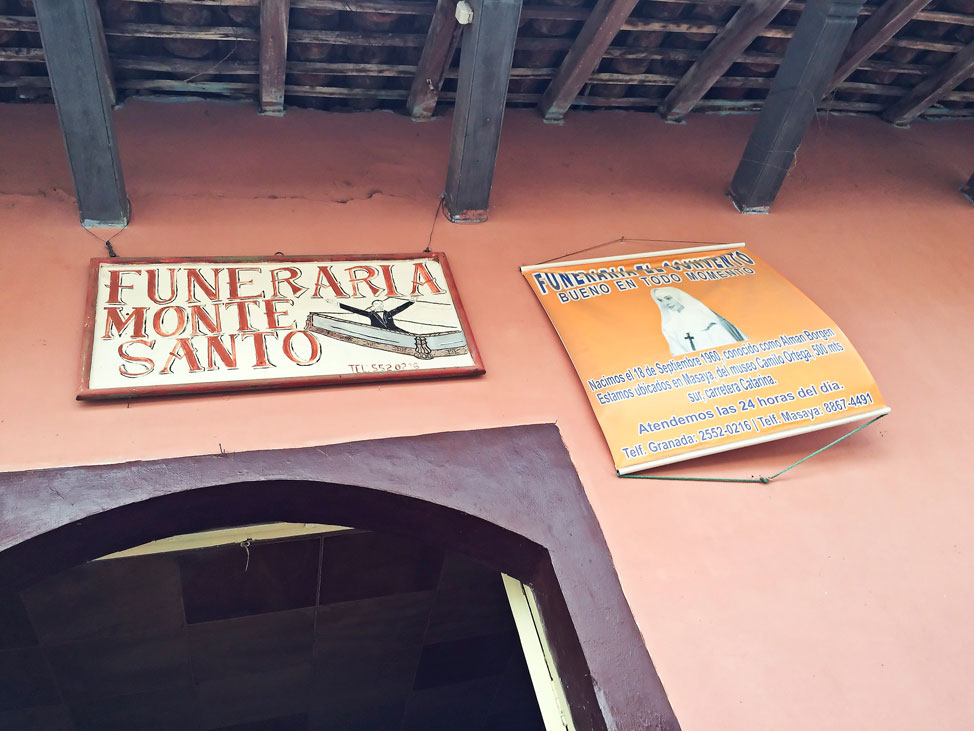 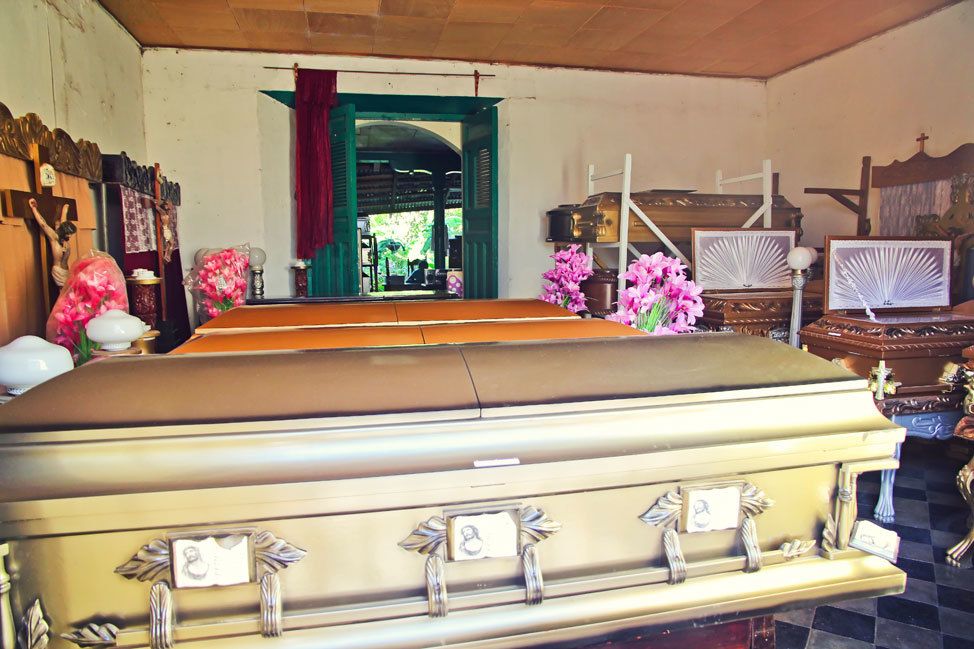 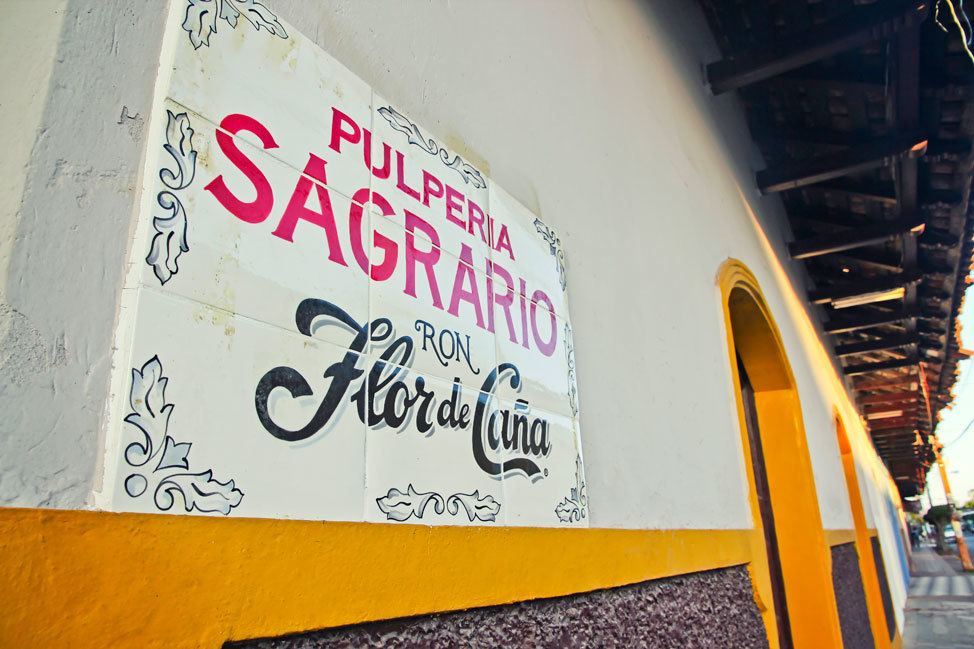 I was also surprised to hear some backpackers complaining that they found Granada boring (my favorite being a girl in San Juan del Sur who claimed she “really got a feel for the city” when her shuttle bus passed through it without stopping.) There is, technically, quite a bit to do in and around Granada. You can hike Volcán Masaya. You can take a boat tour to Las Isletas. You can bike the Peninsula de Asese. You can take a day trip to Laguna de Apoyo. Or, like me, you can do basically nothing.

I mean, I suppose I tried. About ten days before I left Florida, I fell on my face while out for a run in Tampa and twisted my ankle, hard. By the time I arrived in Granada it was still painfully swollen and hot to the touch after a short walk, so I decided hiking and biking were out. I did attempted to sign up for a boat tour, but both travel agencies I approached seemed puzzled that I was by myself, and insisted there was a two person minimum. Though I left my contact information for the next time they had a group, I never heard back — and that was fine. I had a lot of aimless wandering to do. 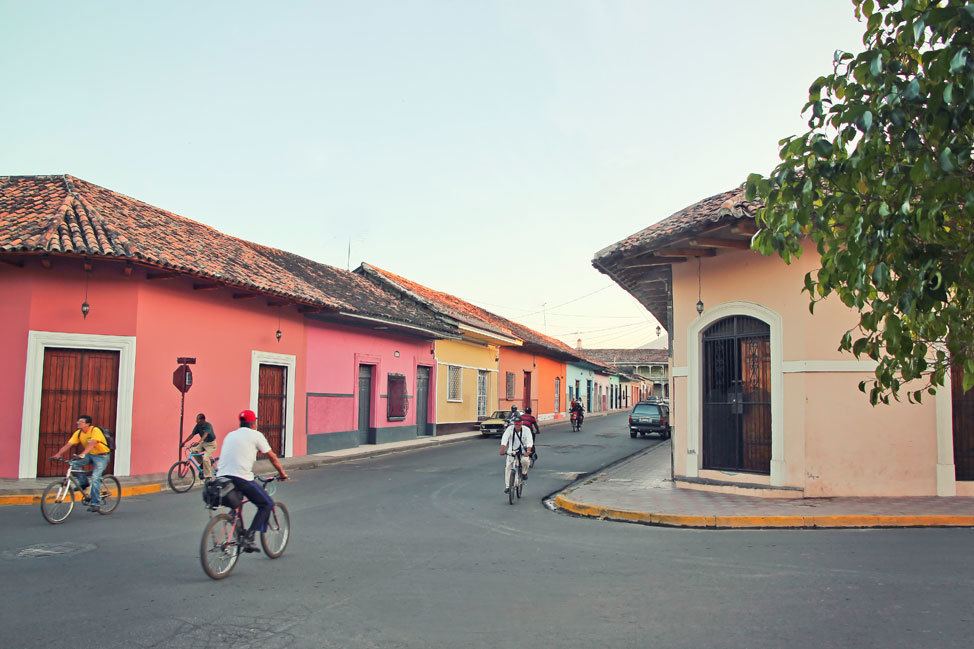 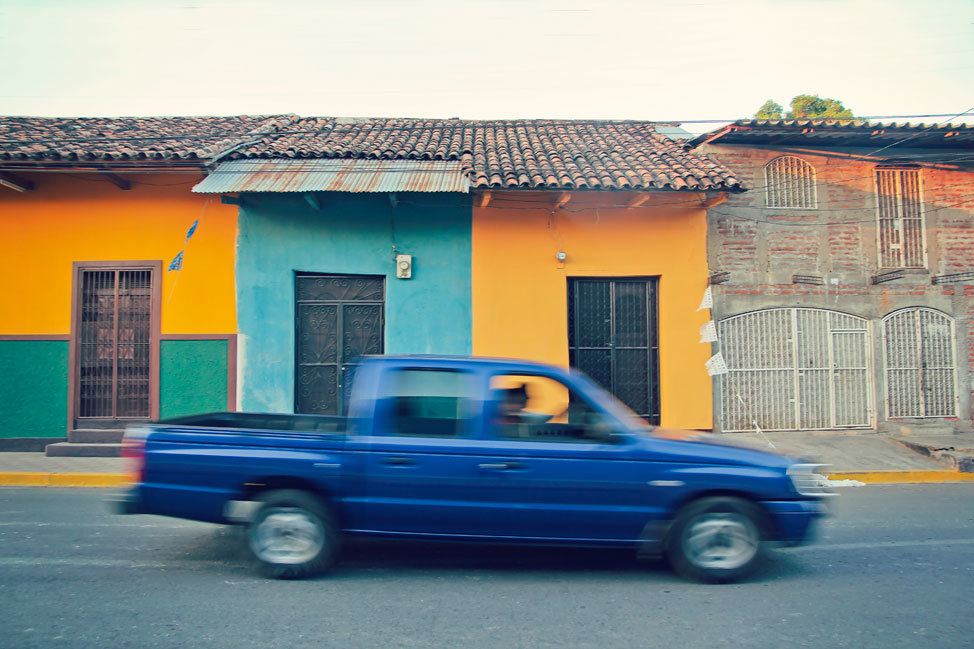 Granada had something that is a key ingredient to my travel happiness: an abundance of places with both wifi and fresh healthy food. I was extremely behind on work by the time I landed in Nicaragua, but for once I felt not frazzled but just patiently determined to get back on track. My next stop was the beach, and I knew myself well enough to know that I’d have a harder time avoiding temptation there, so I’m glad I remained so focused in Granada.

While eating fancy salads in internet-equipped cafes is a pretty pricey habit, it’s a splurge I’m generally thrilled to make. 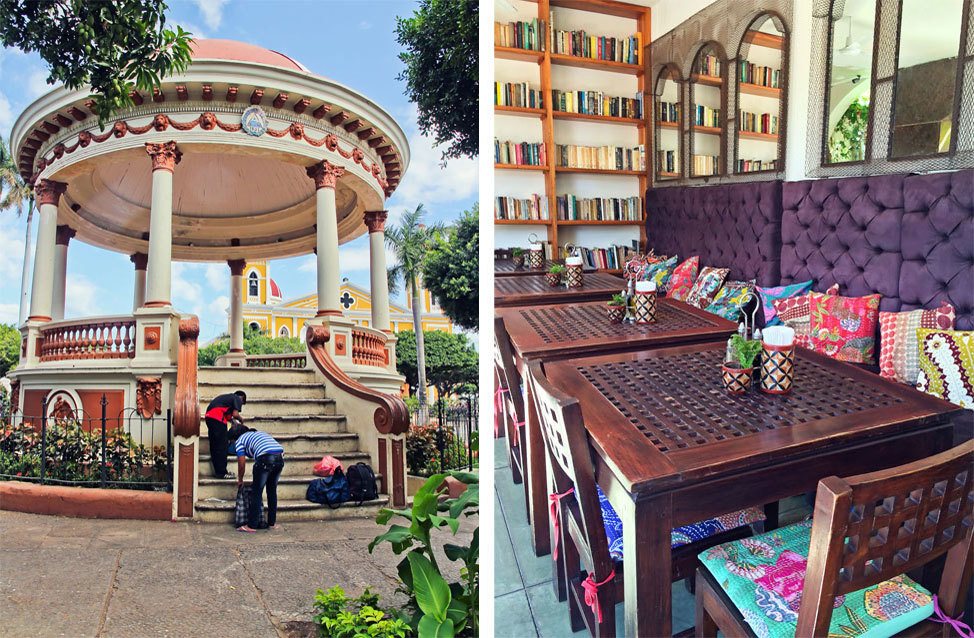 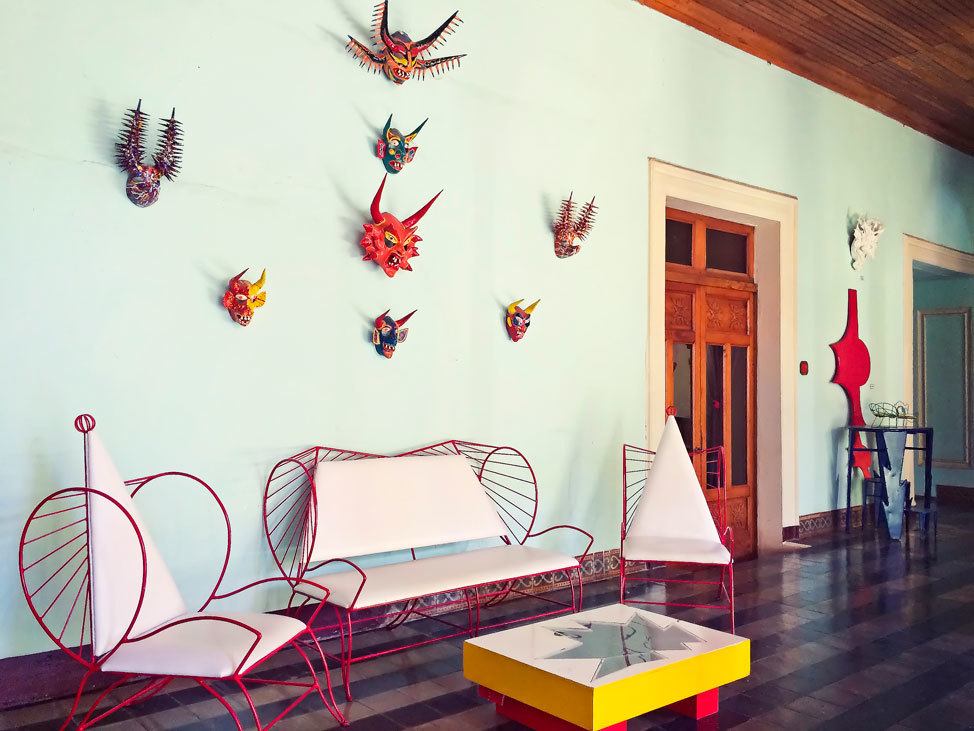 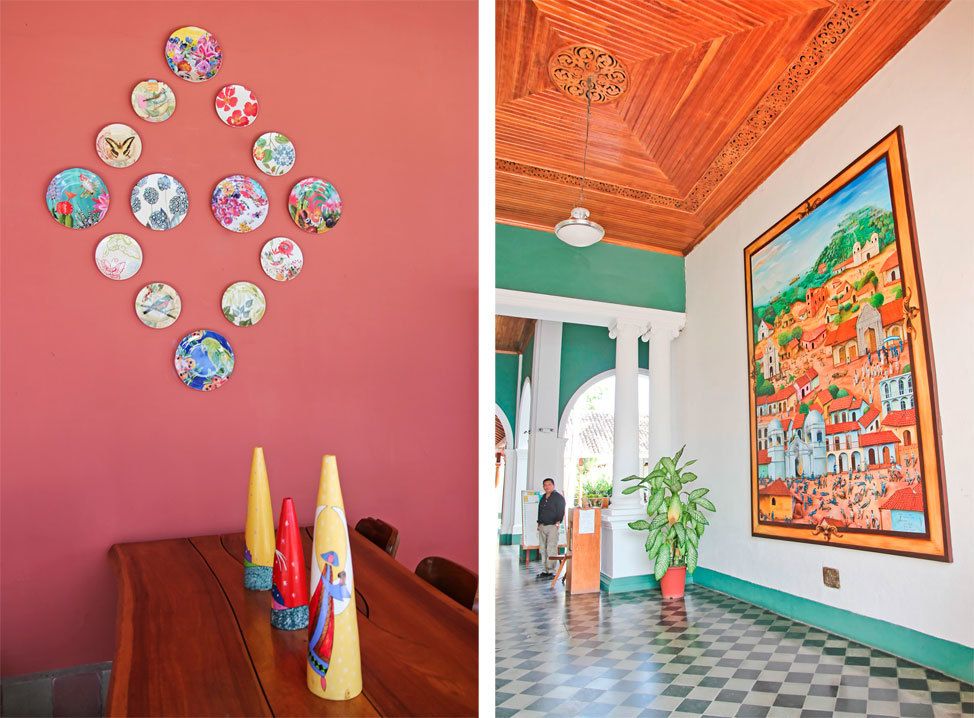 Other than my work, I focused on being active every single day. Granada was surprisingly health conscious — I don’t think I’ve ever seen so many gyms in one small city. My favorite was Pure, a gorgeous gym and spa housed in a beautifully restored colonial building and packed with a diverse mix of locals, expats, and tourists. Pure was a place that made me think, um, could I live here? That’s how much I loved it. Originally, I found myself walking through the doors in search a massage, which turned out to be the best one I’ve had in Central America, for a very reasonable $30 for an hour. But that was just the beginning.

I found myself returning to Pure almost every day. First to take a yoga class, then to use the gym, and eventually, to try something I swore I’d never do — Zumba. (And seriously, I wonder why it took my ankle a solid two months to heal.) Granada has Zumba fever — I’d walked by three different gyms in which enthusiastic classes were taking place. I couldn’t help but wonder why I was paying so much for a yoga class filled with other Westerners when the locals were next door sweating up a salsa-inspired storm. I became intrigued.

So, finally working up the courage to be the only gringa in a class of sexy writhing Latina ladies, I made my way to Pure, paid my forty cordobas (about $1.50 — a fraction of the price of a yoga class), and prepared to shrug apologetically at my helpless lack of rhythm. An hour of non-stop movement, reggaeton hits, and choreography that would make your grandmother blush later, I didn’t know if I’d ever had so much fun inside the walls of an exercise studio. I quickly caught on to Granada’s obsession and I sought out classes all over the city. A great workout, a hilarious local experience, and an unbeatable price? I take back everything I ever said about Zumba — at least the Nicaraguan version. 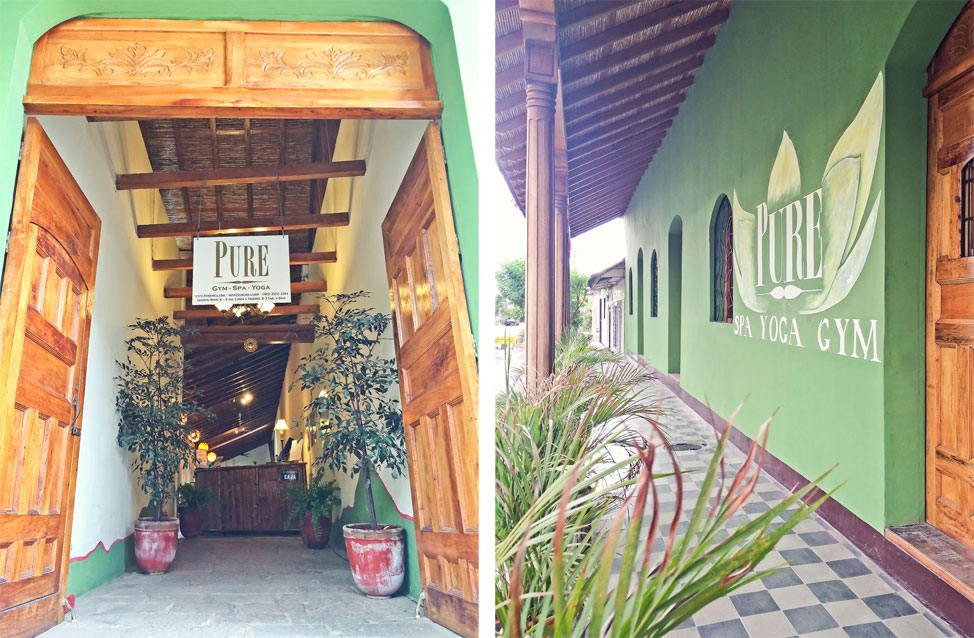 I look back on my week in Granada with such fondness. I will still finding my footing on a grand new adventure, and I only had an inkling of all that lay ahead. 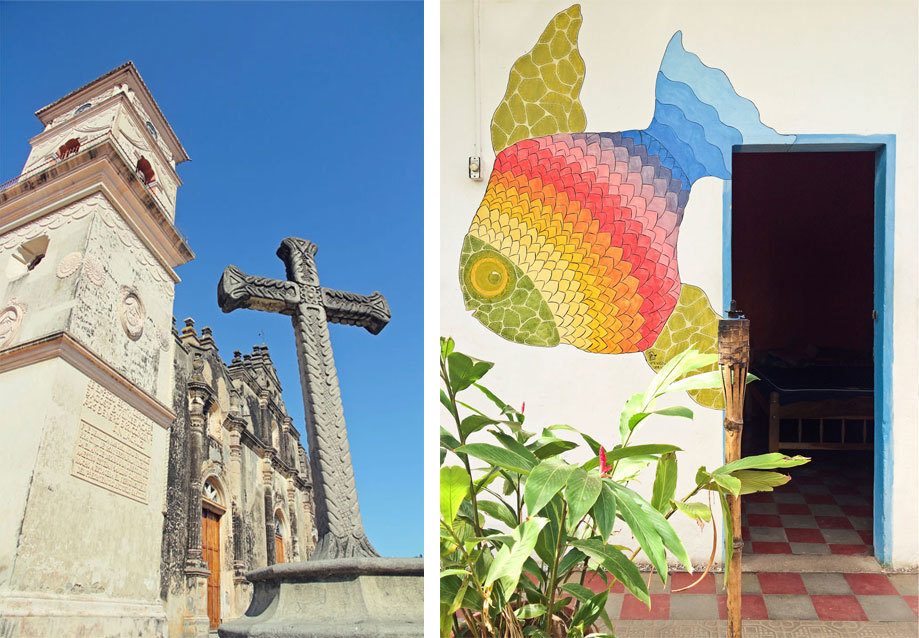 I don’t think I can sum it up any better than I did writing in my journal one night before bed: “I am so grateful for where I am in this moment, focusing on the fact that I love my own company and thinking how spoiled I am with time and space — time to hear my own thoughts, time to work selfishly, and mental space to immerse myself in a beautiful new place.”

Stay tuned for one more post from lovely little Granada.

Where I ate: Garden Café was my go-to for healthy salads and smoothies and I ate there for lunch or dinner almost every day. El Pizzaiol was my delicious and well-worth it caloric splurge, and El Tercer Ojo had creative international fare in a trendy setting.

How I got there: I paid $35 for a private shuttle from Managua airport, which took about an hour (I’m not sure if it would have been cheaper with more people — I tried and failed to find other travelers heading in the same direction.)

Bonus tip: If you’re a single woman traveling alone, seriously brace yourself for the catcalling. It was the worst I’ve experienced anywhere in the world and at times it truly tested my affection for an otherwise lovely city.

Spring has sprung! Travel Blog Success is on sale for the first time in 2015! You’ve probably heard me sing the praises of this online course for helping me make Alex in Wanderland what it is today, and it is the first thing I recommend to those who write to me for blogging advice. Travel Blog Success helped me move Alex in Wanderland from a hobby to a business. The secret member’s group gives me daily inspiration, feedback, and assistance (and a heavy dose of humor!) This is truly the warmest community in travel blogging, and all memberships are on sale now.

Photo of the Week 192: Nicaragua