Yesterday was Earth Day, a fact I overlooked here in Thailand where it isn’t recognized with quite the same fervor as it is in the US. As a scuba diver and general underwater enthusiast, I tend to see Earth Day through the lens of that mass that makes up over 70% of our planet…. the ocean.

The statistics on the destruction of the coral reefs and the general health of our oceans are staggering. At this moment in history 25% of the world’s coral reefs are effectively lost, while an additional 45% are under serious threat (source). And the fish aren’t faring much better: over 70% of the world’s fish species are either fully exploited or depleted (source). There is a patch of marine litter in the Atlantic Ocean that some statistics quote as being the size of Texas (source).

via The New York Times

But don’t feel defeated; feel inspired. Last year I heard Jean Micheal Cousteau speak at a panel titled “The State of Our Oceans” and I found his message deeply inspiring: that the most important thing we can do as individuals is not to place blame on corporations or governments, but to change our own actions and be loudspeakers for our beliefs. In that spirit, I am making some Earth Day pledges, and I hope you will join me in them.

1. I will not use single-use plastics. 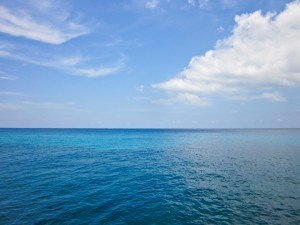 Oceanographers have found that between 60 and 95 percent of today’s marine debris is made of plastic (source). Considering the relative ease with which many plastics can be removed from the average person’s life… this is a no-brainer. For most people it comes down to two main culprits: plastic bags and plastic bottles.

I have a 90% success rate at turning down plastic bags. Here in Thailand it is a constant battle to grab the one small item you are purchasing off the counter before the cashier triple bags it and gives you seven straws. Just this week I stood in line at 7/11 in Ayuttaya and watched the woman in front of me buy three small items… each of which the cashier put in its own individual small plastic bag. My brain more or less exploded. Still, in rare moments of weakness, when I’m not carrying a canvas bag over my shoulder, I often purchase a few items and take the plastic bag out of convenience. Well, no more. If I can’t carry it in my own two hands or a reusable bag I have with me, I will wait to purchase whatever it is I need when I can return with an appropriate bag. This will be much trickier when I get back to the US and do major grocery shopping again, but I will simply be forced to plan ahead better when I need to do big shopping trips.

Back in the US, I have a 98% success rate with plastic bottles. I always drink water from the tap, and when I do drink beverages from a plastic bottle, I always recycle them. Here in Thailand, I have about a 3% success rate. Why? Tap water is not safe, meaning I’m often purchasing up to 5 different bottles in one day just to avoid dehydration. And recycling facilities are well hidden, if they exist. Basically, I don’t see any other option. In the future I might consider buying a SteriPEN (have any of you used one? feedback?) but it’s too late for that on this trip. I think my only option here is to buy the largest bottles of water possible to reduce the number I buy in a day, and then redouble my efforts to avoid plastic bottles and always recycle when I return to the US.

2. I will eat seafood sustainably. 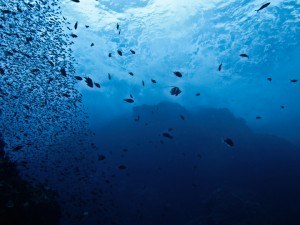 Okay, so this one is cheating. I don’t eat seafood at all, for much less noble reasons. But I’m grateful for that right now, because it makes it easy for me to sleep at night knowing I haven’t eaten something that was raised or caught via unsustainable methods. Luckily for you seafood lovers out there (at least in the US), the Monterey Bay Aquarium has made things easier for you. You can download either pocket or mobile guides based on your region that breaks seafood down into Best, Good, and Avoid categorizes based on sustainability, overfishing, and other factors. If you live in the US and you eat seafood, you have no excuse not to follow that link and take advantage of an amazing, free resource!

Also: I will never, ever eat shark. Here is why. If you know of restaurants in your area that serve shark fin soup, be brave and hand them a card explaining your position, available for download here.

3. I will spread the word loud and clear. 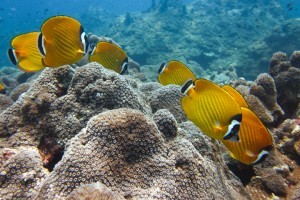 Of the behavior changed that I have mentioned here, I think this may be the hardest. In our society it is looked down upon to “preach” to others or to comment on others’ behavior. Live and let live, right? Well… no.

We all share this Earth and if we see another person abusing it, I think it is fair and right to step forward and talk to them about alternative actions in a polite and non-condescending way. I’m starting with this post (which I hope you will share using the buttons below!), but I’m going to continue by talking to friends and family about plastic use and recycling, handing out seafood guides and anti-shark fin soup cards, and continuing to use this blog to show off what a treasure we have in these great big oceans of ours!

What do you think, readers? Will you join me? Please share this post with your friends and family, and tell me what you do to be green in the comments below!