As much as we love islands, we had come to The Jungle River Lodge to enjoy other things: mountains, rivers, and all the land based adventures we felt we were missing out on in Cayman. The Lodge sits along the Rio Canrejal, supposedly the best place in Central America to try white water rafting. I had always been slightly intrigued by rafting- it seemed like fun but the idea of mucking around in a river of freezing water kept it in the realm of maybe-someday. Well maybe-someday was here, and it was so hot out that the idea of cold water was the only thing keeping me going. 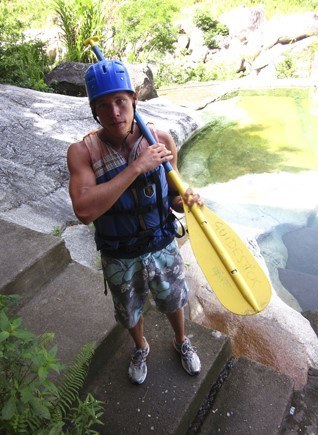 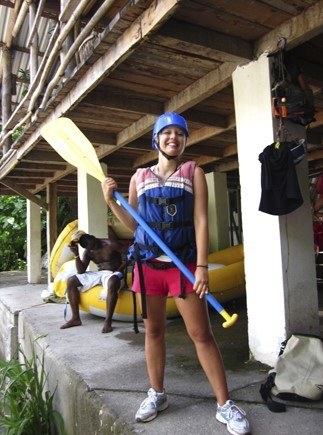 After breakfast we were met by the rest of our group that was bussed in from town. As we were fitted with helmets, lifejackets and paddles we sized up the rest of the group trying to determine who would be our best raft mates. We were all shuttled up the river to a clearing where we got a safety and instruction briefing before heading down to a calm area in the river to practice our commands. 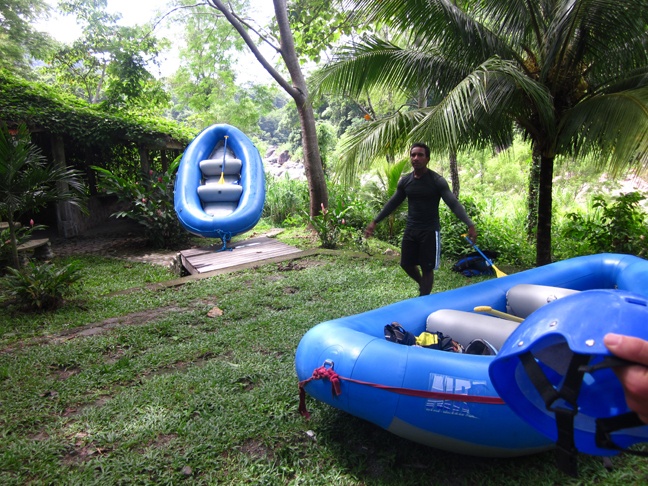 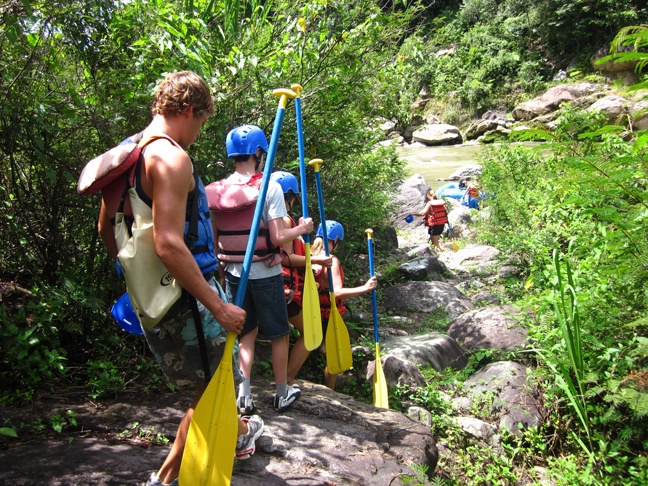 We learned most of the rapids would be class II, with an occasional III or IV, depending on the river level. This suited us just fine as we were both newbies and I was pretty sure my helmet was about as protective as wearing a lampshade on my head. We started out down the river and I was shocked how much actual paddling was involved. I was in the second row with some girl and Mark was in the front with her boyfriend who clearly was as surprised by the physical exertion as I was. In the back was our guide, bleating out instructions constantly. The guides all spoke a fantastic dialect of pidgin English in which pretty much every statement began with “it is possible….”. For example, I learned that “It is possible washing machine” meant GET DOWN IT’S A HUGE EFFING RAPID. 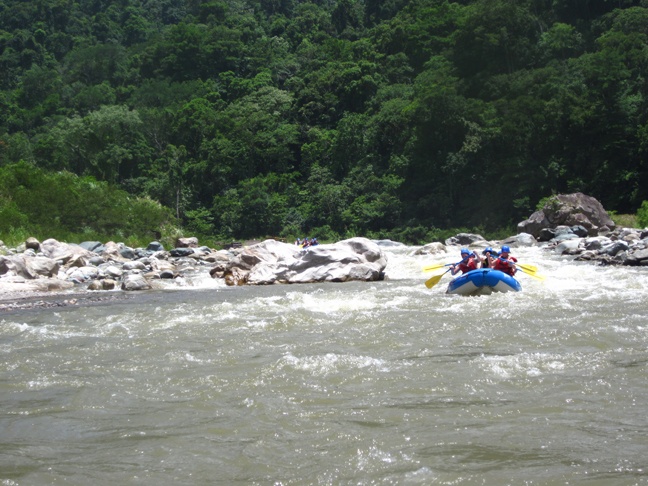 As we approached one of the biggest rapids the guides had us go down two at a time to prevent flipping over. The other couple went first and as I watched them disappear down the water line I had momentary second thoughts. But when the guide came running up the bank with the raft over his head for us I saw I had no choice. And what an adrenaline rush! I made like a tourist and shrieked the whole way. As you go over the rapid you actually sit down into the raft and just hope you land in one piece. Assuming you do, its paddle slap in the air and down the river some more. I loved it. 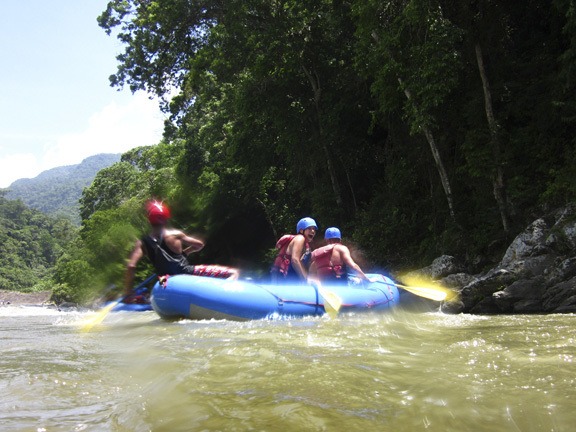 During calm stretches of the river we jumped out and floated on our backs, legs up so they didn’t get caught on the rocks below. The scenery was stunning. Lush jungle in every direction, blue skies, a waterfall far in the distance above us, and not a building in sight. The calm never lasted long and all too soon we were at the last big rapid. After clearing the first section the guide’s commanded us to paddle forward while facing the direction we had come. After a few moments of this I started to wonder why exactly we were doing this when all of a sudden WHOOSH I was underwater. I was not expecting this I thought as I felt my head butting up against the bottom of the raft. Just as my panic was starting to rise I broke the surface. Air never tasted so good. 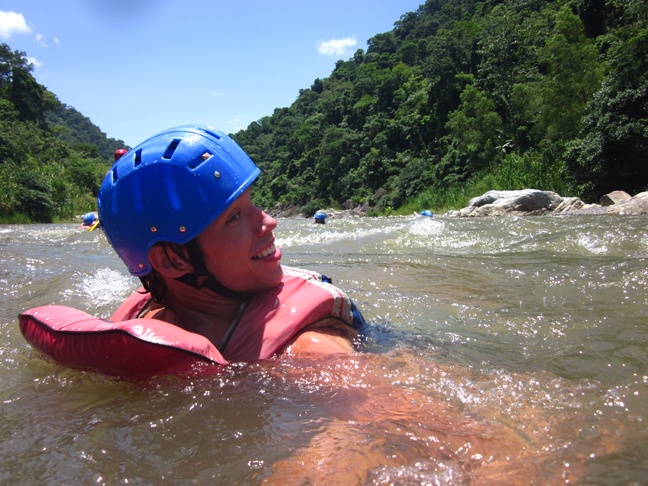 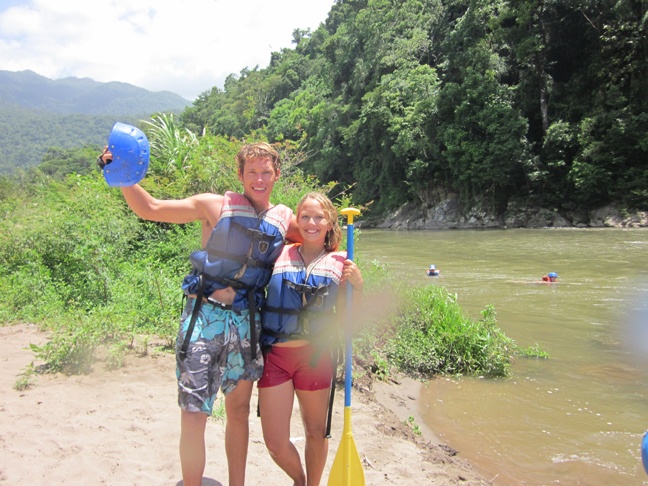 We begrudgingly left the river to hop in the pickup truck that had followed us down to take us back up to the lodge. We assumed they would do a few trips like before, but instead they decided to put eighteen people on one pickup. Oh Central America, I love you. Upon return to the lodge most people left to head back to La Ceiba but us and a group of four that were staying the night decided to sign up for ziplining that afternoon. 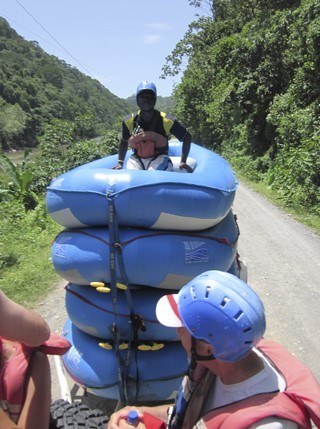 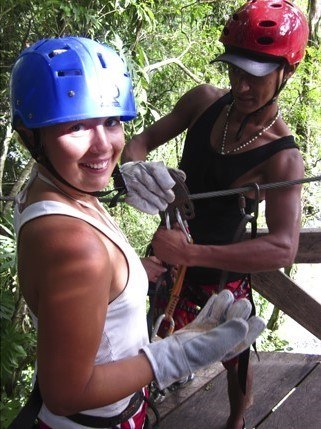 Everyone I talk to seems to have tried and loved ziplining. My girlfriends did it in Costa Rica, my mom did it in Hawaii. Somehow I’ve never been. Approaching the course I started to feel slightly apprehensive. The first “zip” went straight over the river and ended on a giant boulder. I racked my brain trying to remember if I had ever come across any tragic stories of grisly tourist ziplining deaths, but couldn’t come up with anything. So off I went. 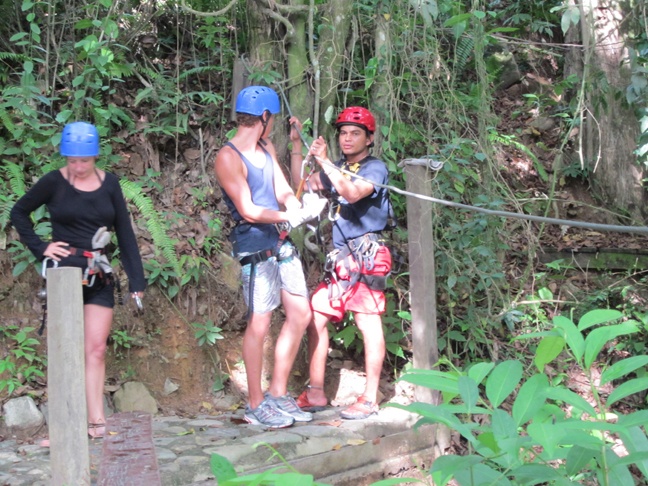 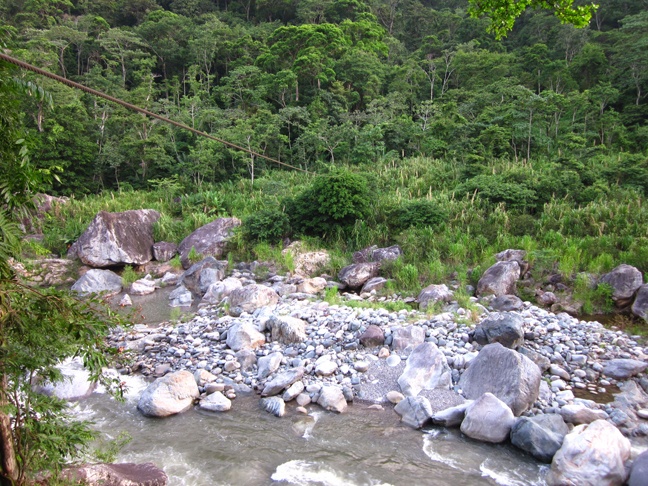 The course was 8 different ziplines, with a few short jungle walks interspersed in between. We had been planning on going on a hike the next morning but this reminded me that I like the idea of hiking a lot more than I actually like hiking. So we took in as much jungle as possible right then and there. 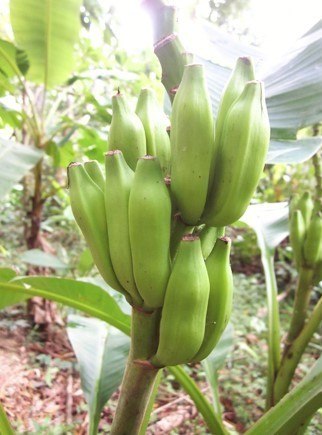 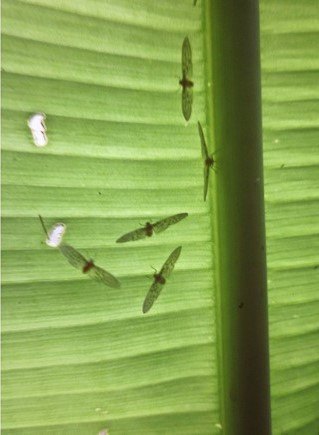 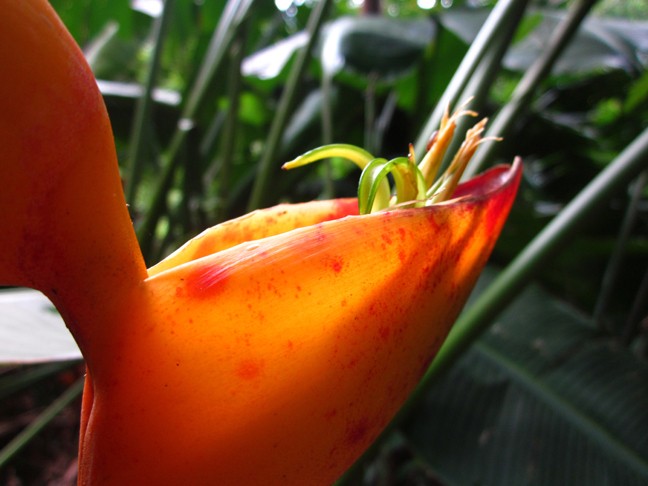 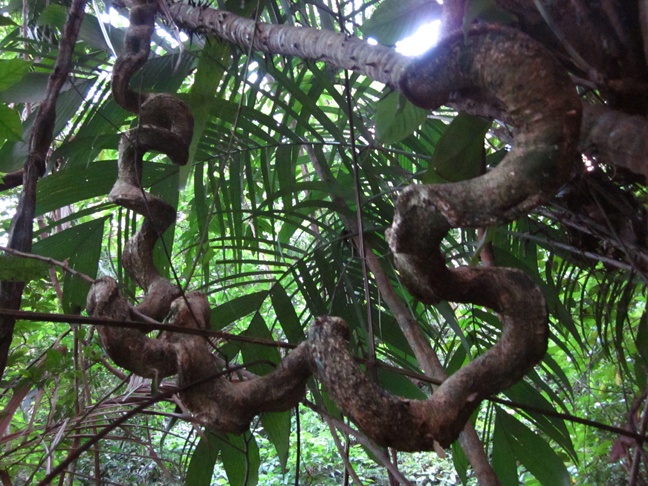 In conclusion: Rafting was AMAZING. I feel like I’ve used all caps pretty judiciously in this post but it was that good. Mark and I agree its wonderful and we’ll definitely seek it out in our future travels. Maybe my expectations were too high or something but I thought ziplining was nice. Not mindblowing. But I had just come off a huge adrenaline rush so maybe anything would have seemed meh after. It was a great way to see the jungle and the first go was definitely a heartpounder. All in all, a fantastic, fun, A+ kind of day.

It was one of my goals for this trip to take more movies, and I think I did a pretty good job this day. Weirdly I was paralyzed with song choice for the first time in trying together a movie, but I’m pleased with the end result. Enjoy!

Adventures Off The Strip: Helicoptering Over The Grand Canyon

Honduras, Here We Come: A Rocky Start to A Rockin’ Country Bay Islands Bound: An Untraditional Arrangement in Roatan
6 Comments...