How much do I hate not having 20/20 vision? Let me count the ways. I’m not going to lie: this is a post about disappointment, medical drama, and dealing with corneal scarring. It’s kind of a downer. On the upside, there is some Star Wars in there too. But don’t say I didn’t warn you.

Back in December, Ian and I found ourselves back in our favorite Southeast Asian city. It was my third time in Bangkok since touching down in Thailand a few months earlier — we’d spent a couple days sleeping off jetlag there upon arrival, and I’d returned not long after to speak at a conference. This time, we were en route to a visa-run turned holiday in Siem Reap, and stopped in Bangkok for a few days to get the ball rolling on some eyeball-focused medical tourism. Yup, I’m talking Lasik! Over the years, as I became familiar with the incredibly high quality and low cost of medical care available in Bangkok, I knew that this was where I’d finally kiss my glasses and contacts goodbye, someday. 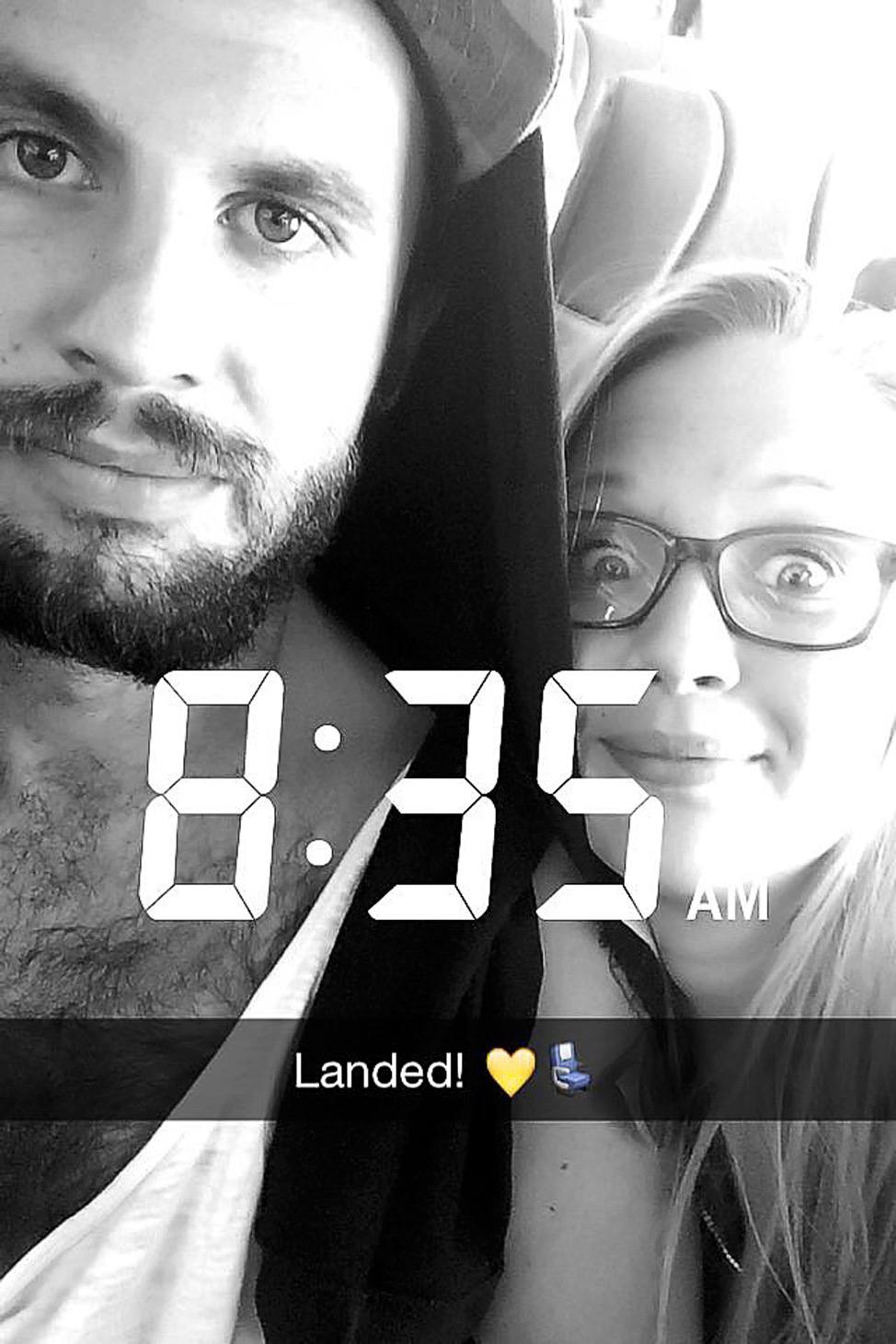 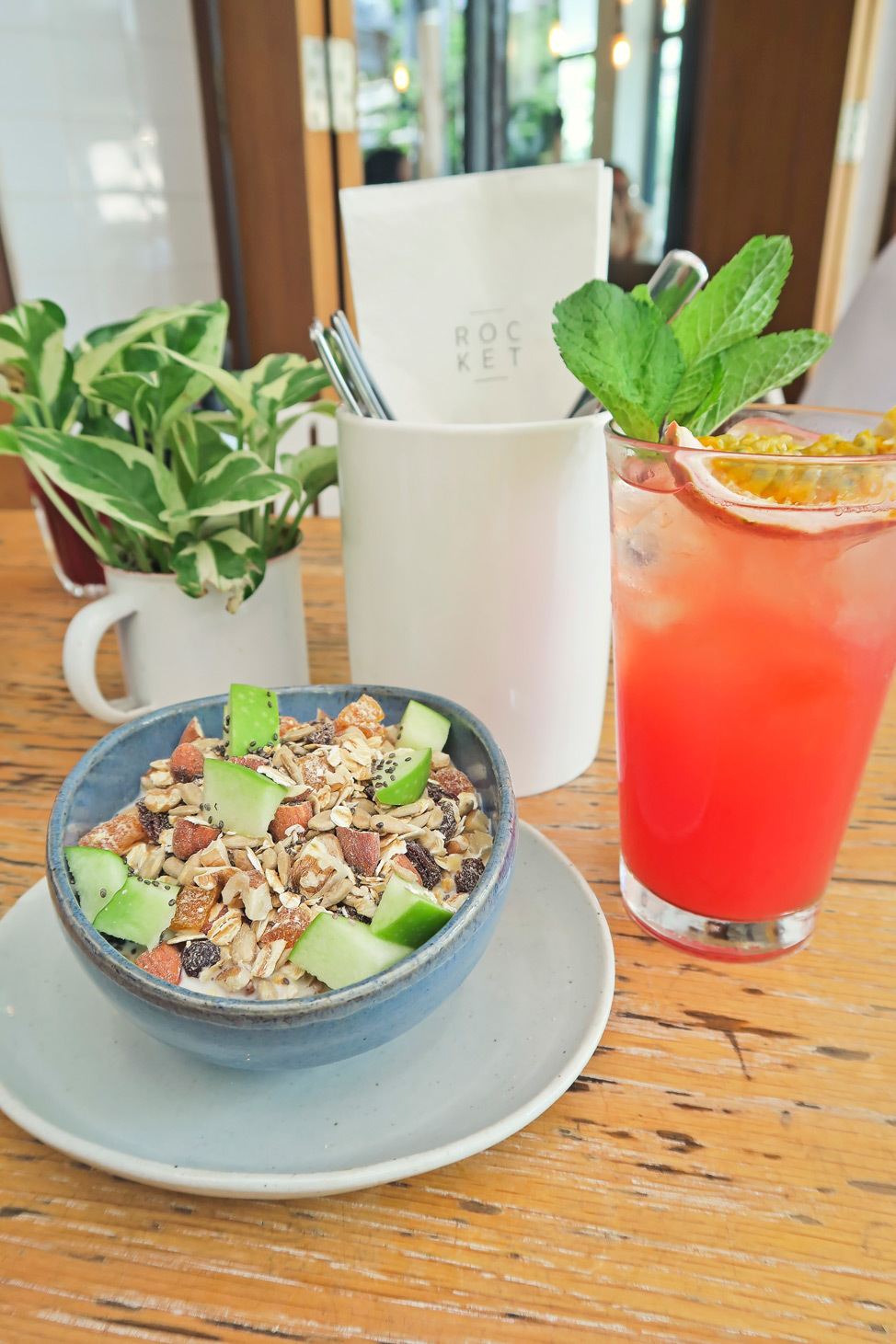 While I am ever grateful to my eyes for allowing me the gift of literally seeing the world, they have been a regular source of stress. Last summer while home in the US, I paid over six hundred dollars out of pocket (and this was when I still had health insurance!) to deal with two nasty eye infections that cropped up, one minor and one serious. It was the latest in a long line of ocular issues, including one saga back in college that was so nasty it required surgery on my right eye to undue all the damage. Most of the time, doctors would point to my contacts as a possible source of the trouble, but as an extremely active outdoors kind of gal, everyday glasses were just not a workable solution for me.

Infections and injuries aside, it’s a hassle to travel with glasses and contacts. You have to keep them clean and safe, replace them regularly, and haul them everywhere you go — not to mention the constant threat of being stranded blind without them if something were to go wrong.

And glasses, contacts, solution, eye drops and doctors appointments aren’t free — you pay a hefty fee for the pleasure of all that annoyance! For years I’ve been sure that “someday” I’d spring for laser eye correction surgery and finally free myself from the contacts that cause me so many head — and eye — aches. And someday had finally arrived.

While in Bangkok for the aforementioned conference back in October, I accompanied my dear friend Chris to his own surgery at the widely recommended TRSC Center. I was nervous, but when I walked into the futuristic Jetsons-like waiting room filled with obscenely qualified surgeons, luxurious seating and a glorious snack selection, my hesitations eased. When I saw him the next day, smiling and laughing over dinner without a corrective lens in sight, I was sold. 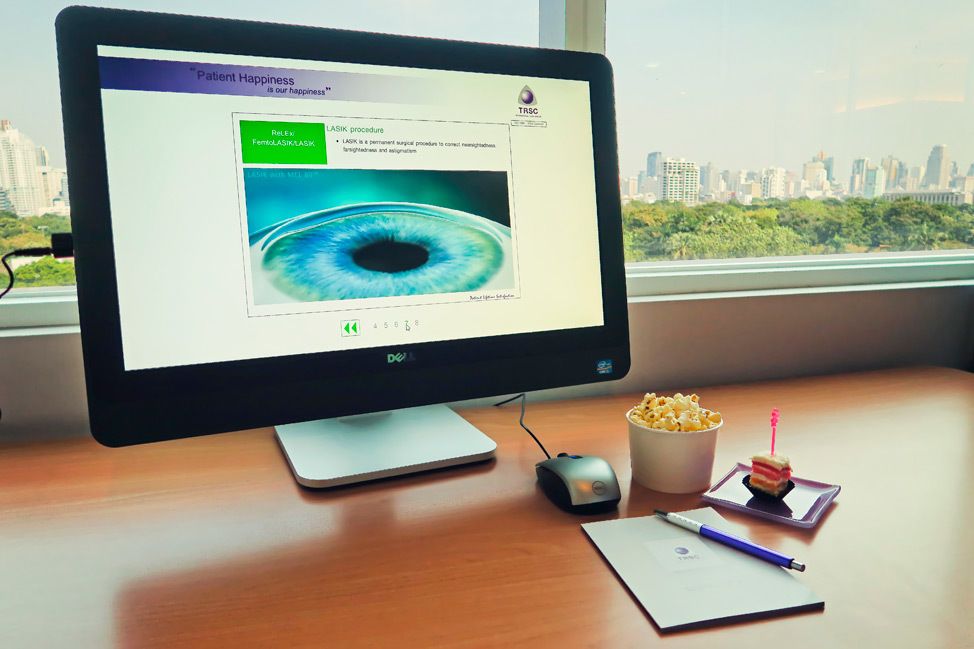 I immediately went back to Koh Tao and started plotting to get the surgery as soon as possible myself. I did phone consultations with the patient advocates at TRSC, I played around with my calendar, I started saving money, and I booked a hotel for the recovery period. Because I live on Koh Tao and the surgery would take place in Bangkok, I’d have to travel back and forth a couple times for various appointments, and stick close by the center for a few days after the surgery itself. My mom, nervous about me being operated on abroad, even started making plans to visit and nurse me back to health.

My initial appointment finally arrived. We hopped an overnight ferry to the mainland, got on the first flight of the day from Chumphon to Bangkok, grabbed a giddy breakfast at Rocket Coffeebar, and I was in the doctor’s office signing in by mid-morning. 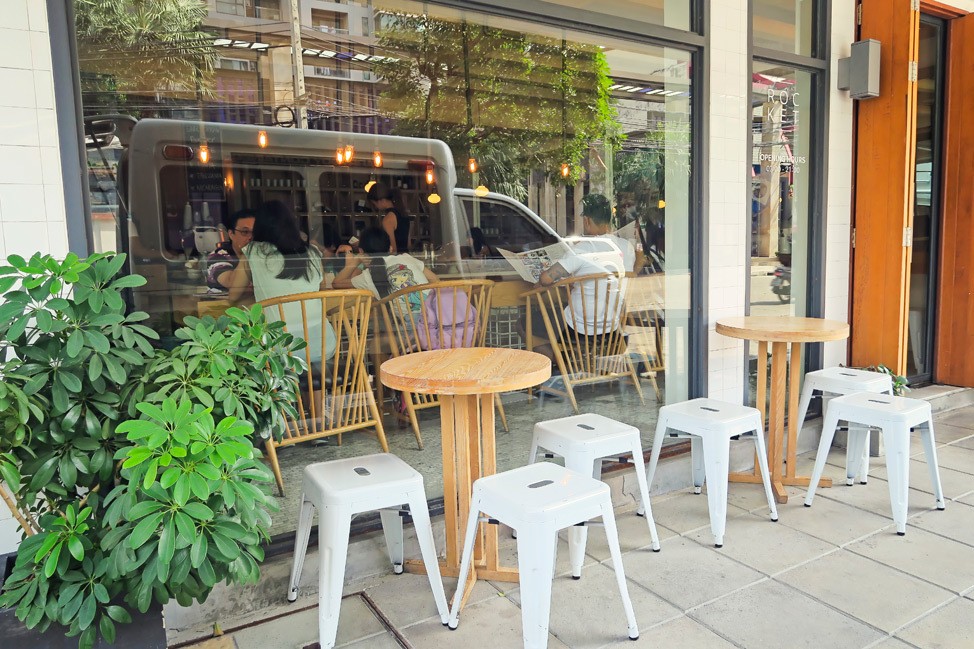 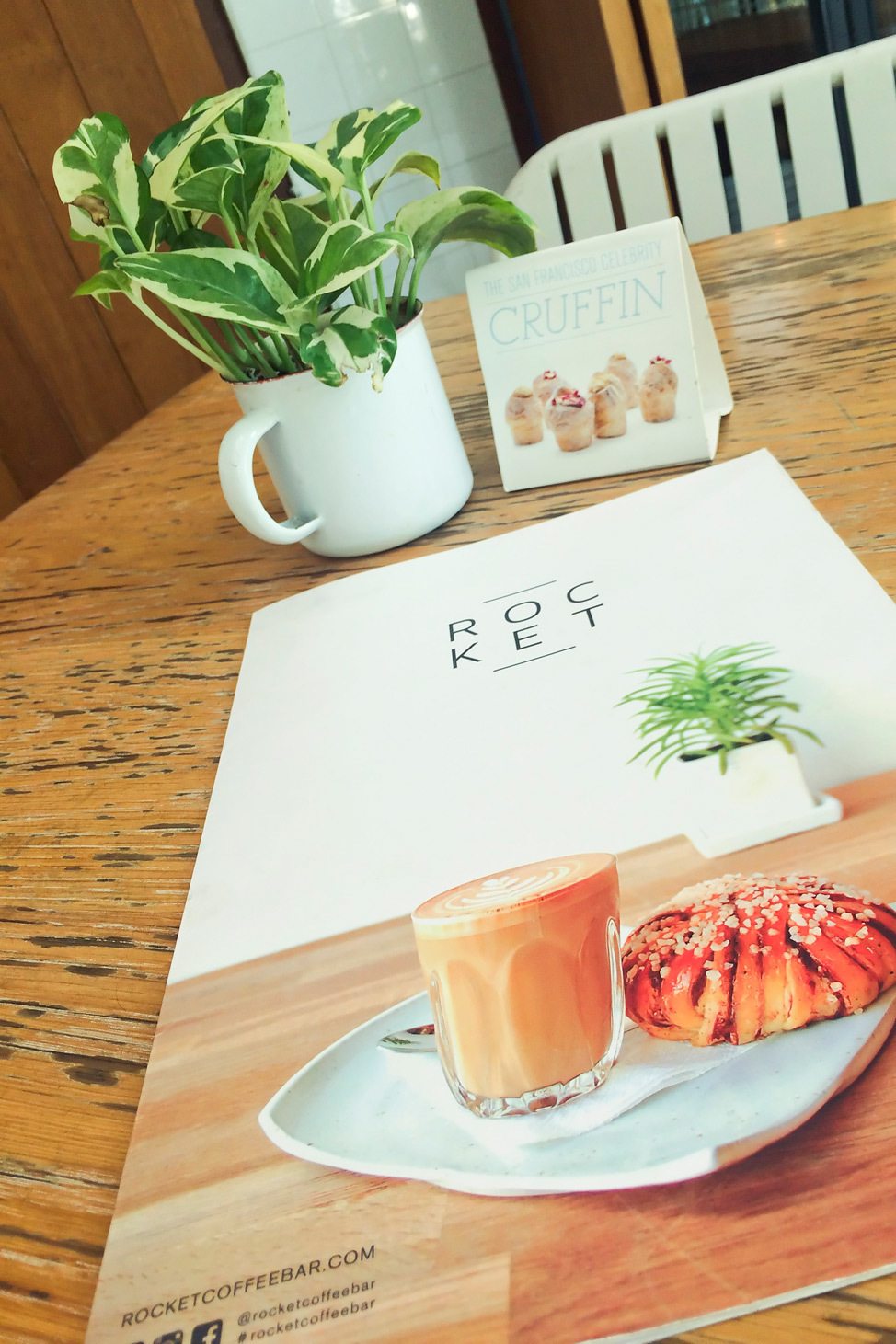 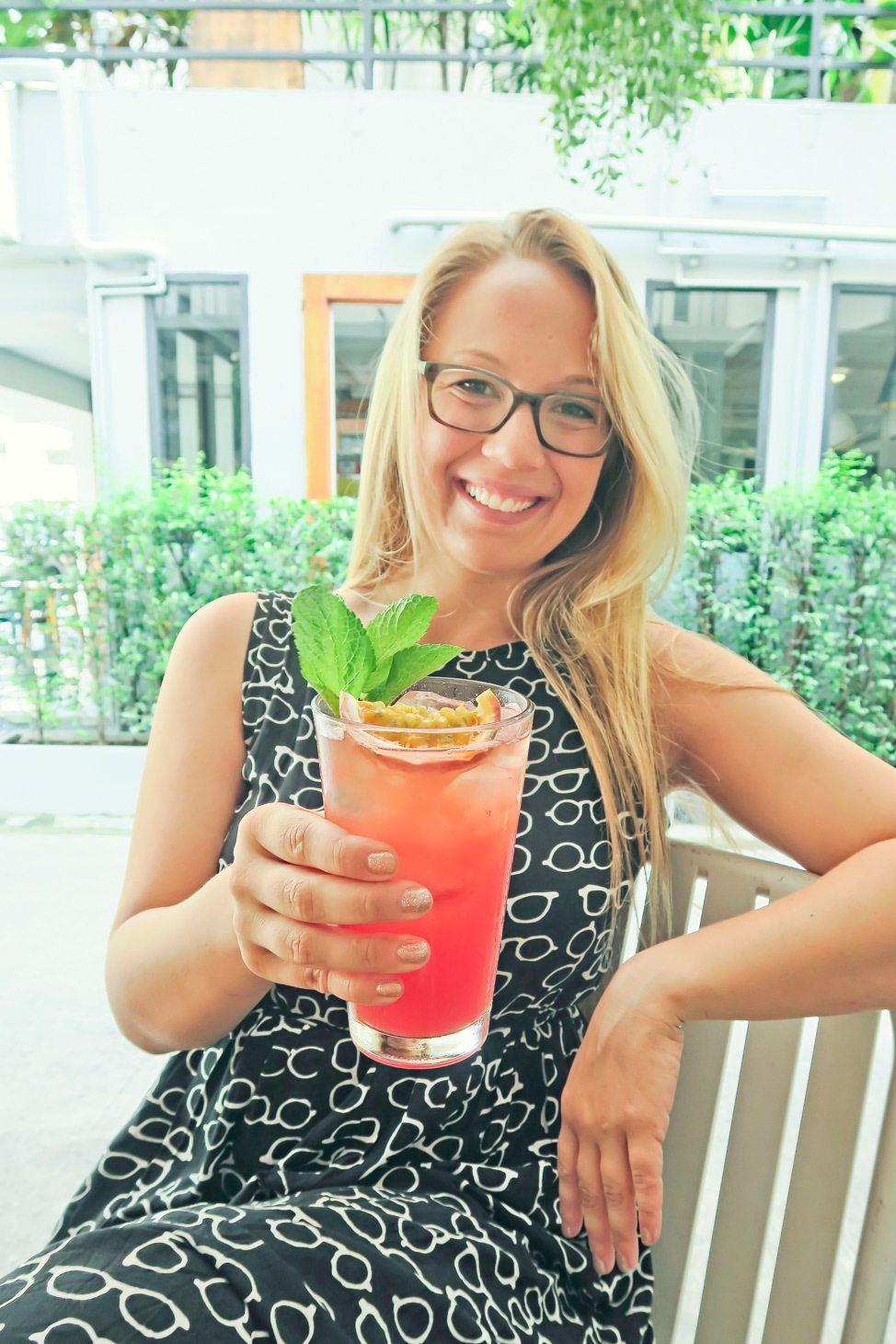 While the surgical appointment itself takes less than thirty minutes, this first one lasted hours as I went from room to room, having my eyes poked and prodded while meticulous measurements were made. Finally, I met with my doctor, a woman with a resume of qualifications that would put any nervous patient at ease, and beamed as she looked over my charts.

She frowned, which isn’t something you want doctors to do when looking over your medical charts. And then she broke the news — my contacts were here to stay.

She explained that my corneas were extensively damaged from the eye infections that had driven me to her office in the first place — the one that had led to surgery had left a deep corneal scar, and the ramifications of the most recent offender were still actively healing, though also looked serious. She assured me I would never qualify for either ReLEx or Lasik, the two surgical options I was considering. I was crushed.

She did raise the possibility of PRK, the painful predecessor to Lasik. Compared to ReLEx or Lasik, the recovery was brutal and required daily visits back to the doctor for at least a week to check on the healing of the delicate surgery. Overwhelmed, I left to look for a second opinion.

I immediately made an appointment at Bumrungrad, a respected hospital I’ve been a satisfied patient of in the past. Unfortunately, the doctor there came to a similar conclusion — I would never qualify for ReLEx or Lasik. She agreed I could be a candidate for PRK but noted she wouldn’t perform any surgery for at least six months, until she saw what happened with the actively healing corneal scar. Also? She suggested that my long history of picking up prescription eye drops was very likely the result of an allergy to contacts! Who even knew that was a thing?

It was quite the catch 22. The very reason I wanted the surgery so badly — my contacts were causing me constant grief and ailment — was keeping me from getting the surgery at all. I was crushed. Frankly, I don’t hear “no” very often in my life — sure, people say it to me all the time, but I typically take it as “work harder” or “try again.” But this was one of those rare times when I heard a no there wasn’t a damn thing I could do about. In the end, it’s an elective surgery and there are far greater tragedies in the world than not being eligible to have it. I’ve come to peace with that now, but it did take me a while to come to terms with. 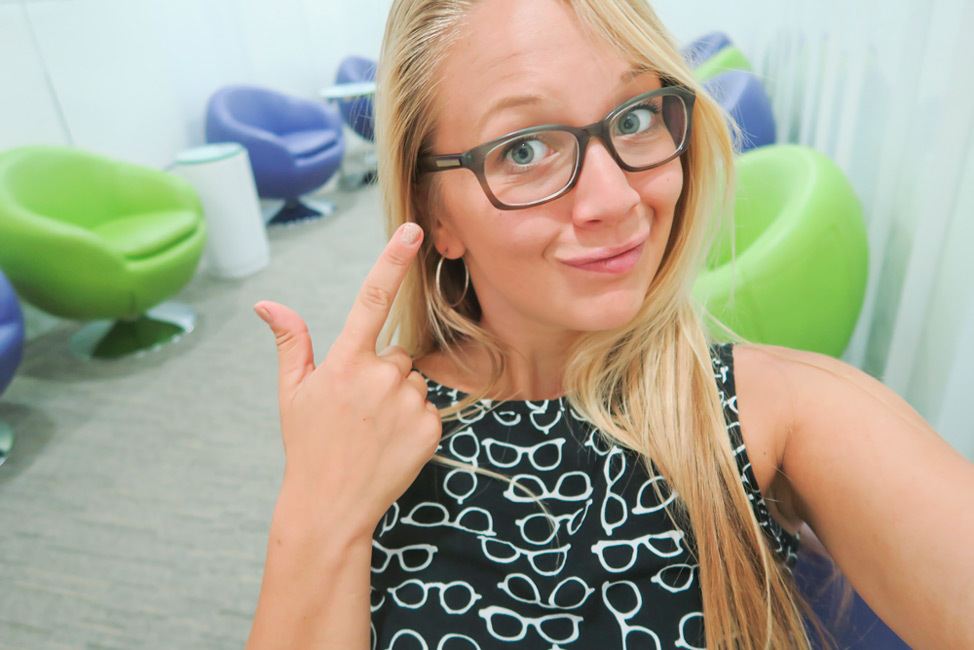 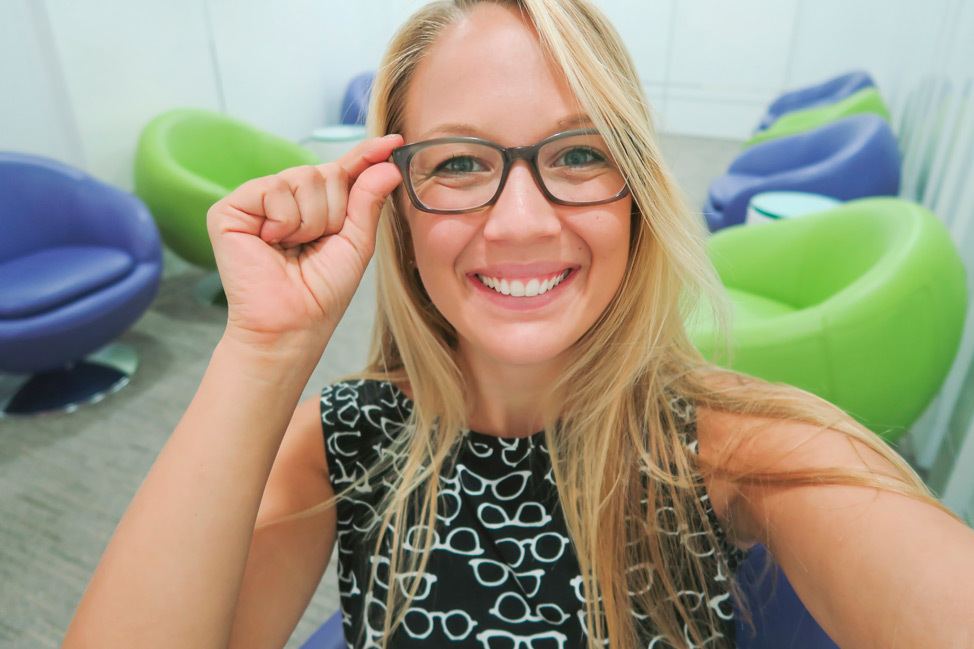 Now that I’ve gotten over the disappointment of not being able to have the surgery I wanted when and where I wanted it, I’m back to the drawing board. I’m weighing up if I’m ready to have PRK surgery, and if so, if I’m willing to do it — a scarier surgery with a more difficult recovery — so far from my family and a familiar medical system. Part of the reason I wrote this post is I’m hoping some of you reading this might be able to reassure me that you too had PRK, and it wasn’t as bad as it sounds in the pamphlets!

And to add insult to injury? This is why I didn’t go to Burma this year.

It’s become kind of a running joke, both here on Alex in Wanderland and in my real life, that I just can’t seem to get to Burma. It seems that almost every year, I announce a trip there, only to later come back with my proverbial tail between my legs and admit that nope, I’ve still never been to Bagan, or Inle Lake, or anywhere in Burma other than the border that I occasionally run over and back across to restart my multiple entry Thai visas.

So how does Burma play into all this? Some sacrifices had to be made. Looking at my bank account and my calendar when I first made the decision to move ahead, I knew I couldn’t fit in the surgery, the recovery time, all the necessary follow up visits, my visa runs and extensions, and the two week backpacking trip to Burma that I’d been planning with my friends Anna and Janine — who were having some scheduling issues of their own due to various visa and work issues. After some soul searching and tough talks, we all mutually decided that this wasn’t our year, and I took the money and time I’d mentally earmarked for Burma and put it towards my eye surgery instead. I was bummed, but my excitement over finally ridding myself of my contacts and glasses was greater.

Obviously, this would be a much better story if my surgery went ahead as planned. “I gave up a girl’s trip to Burma to get my eyes fixed” is a much nicer pill to swallow than “I gave up going to Burma for a dream that never happened and then it was too late to undo it after,” but I suppose there is always next year! (Ha.)

Which brings me to another reason I wrote this post. If you’re considering vision correcting surgery, and especially considering doing the surgery abroad like I was (oh, how excited I was to document the process of participating in medical tourism), learn from my mistakes and don’t start prepping until you know that you are indeed a candidate for the surgery! In retrospect it’s silly that I didn’t even consider that as a possibility while working out all the travel planning and logistics, but I suppose hindsight is 20/20 — unlike my regular sight. Cue the punchline drum.

So yes, our weekend was definitely overshadowed by bad news. Thankfully, I had Ian by my side to valiantly attempt to cheer me up, tell me I look great in glasses, and distract me with a night out on the town. In Bangkok and looking for a prescription to turn a frown upside down? I recommend dinner at La Monita Taqueria food truck inside Siam Paragon, a movie at the Blue Ribbon Theater, and dessert at Mango Tango. It worked, mostly, for me. 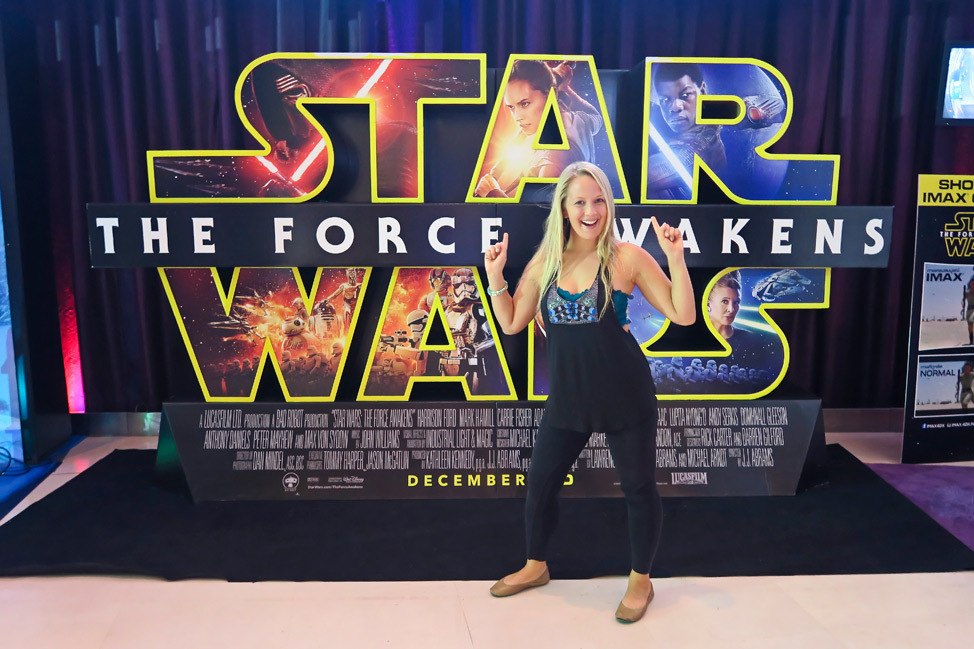 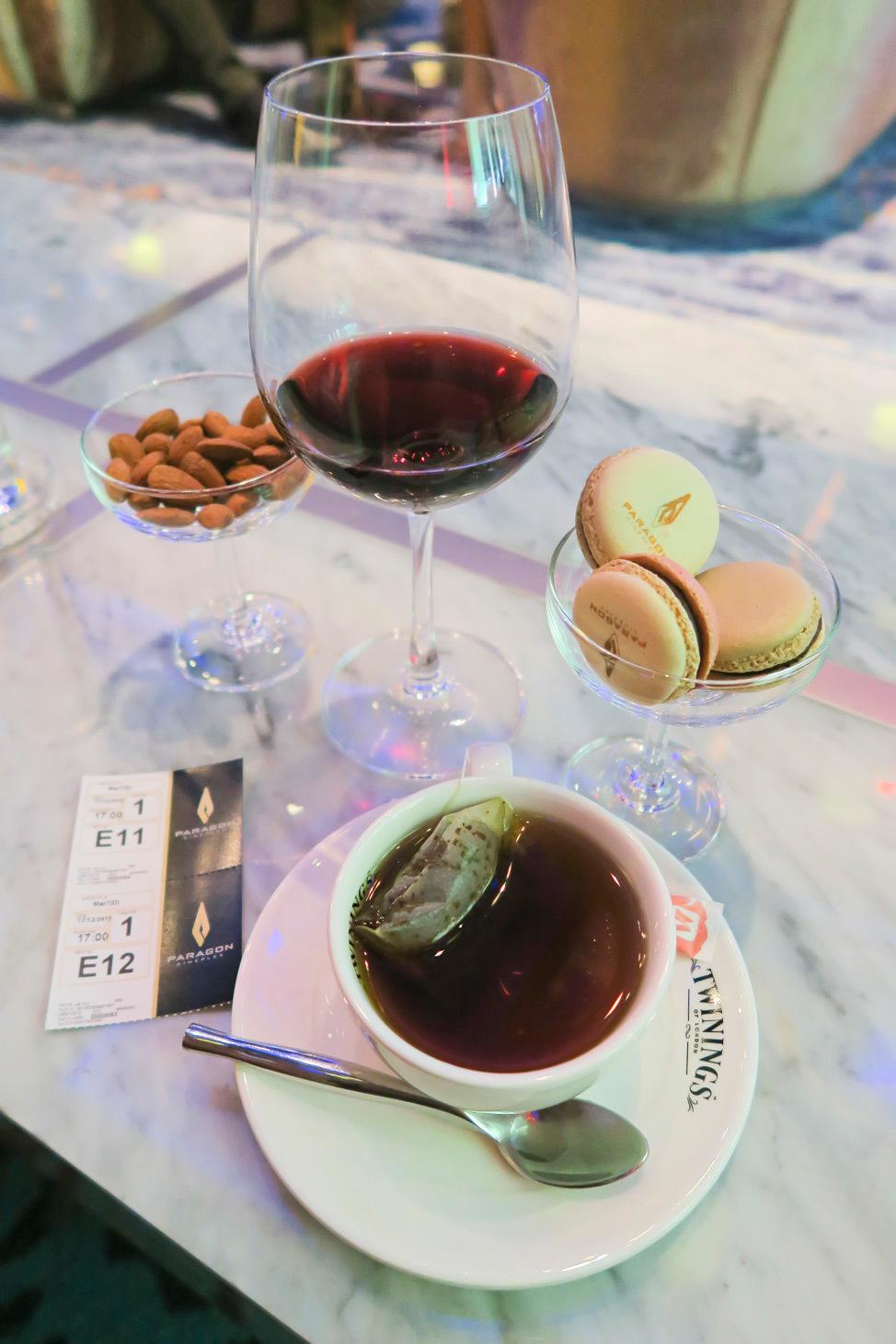 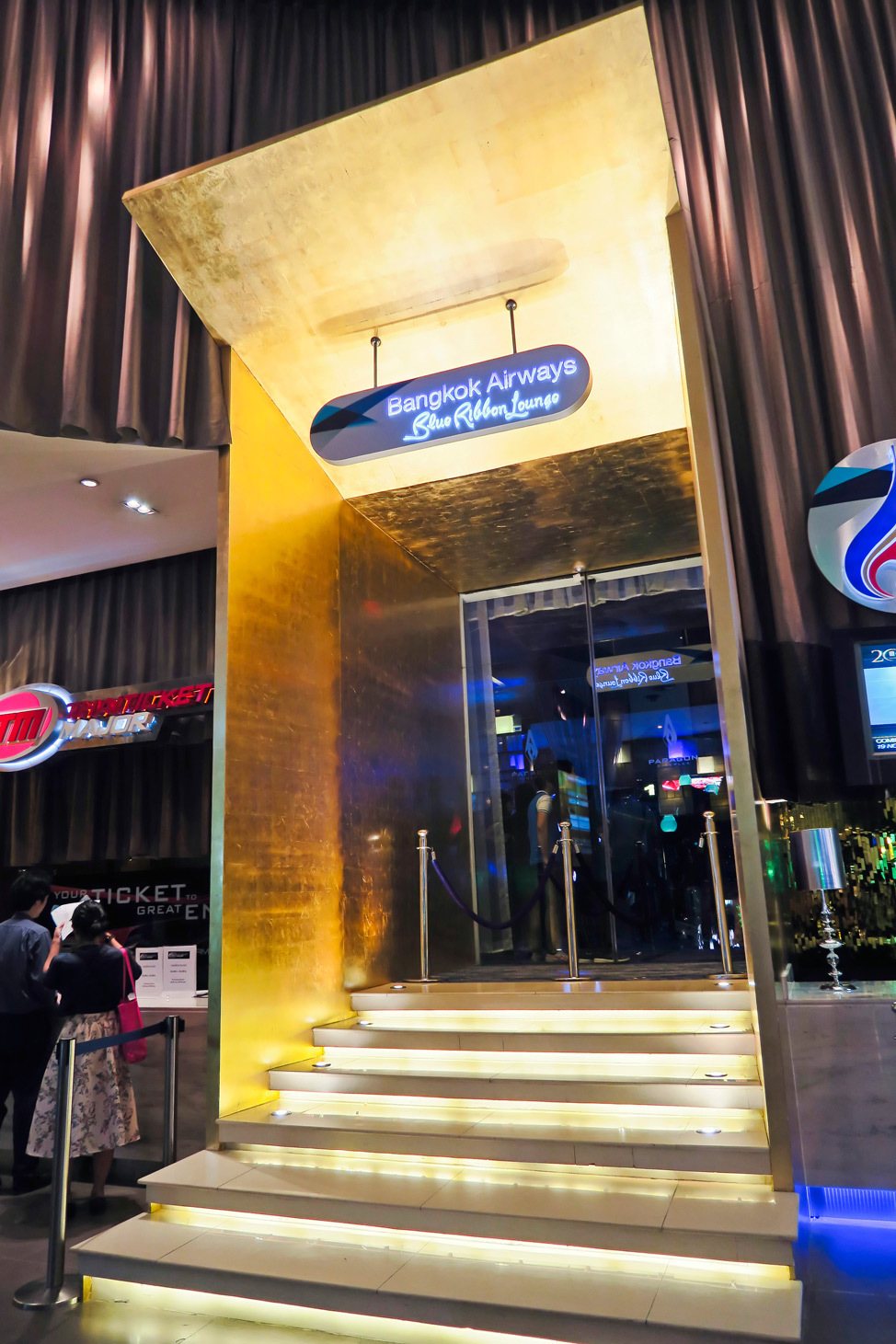 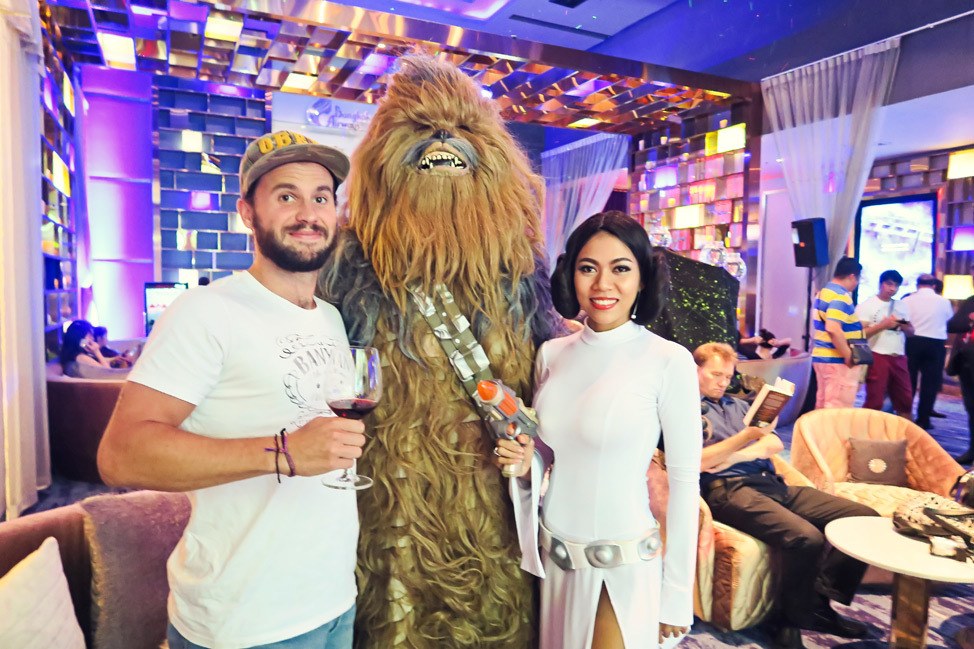 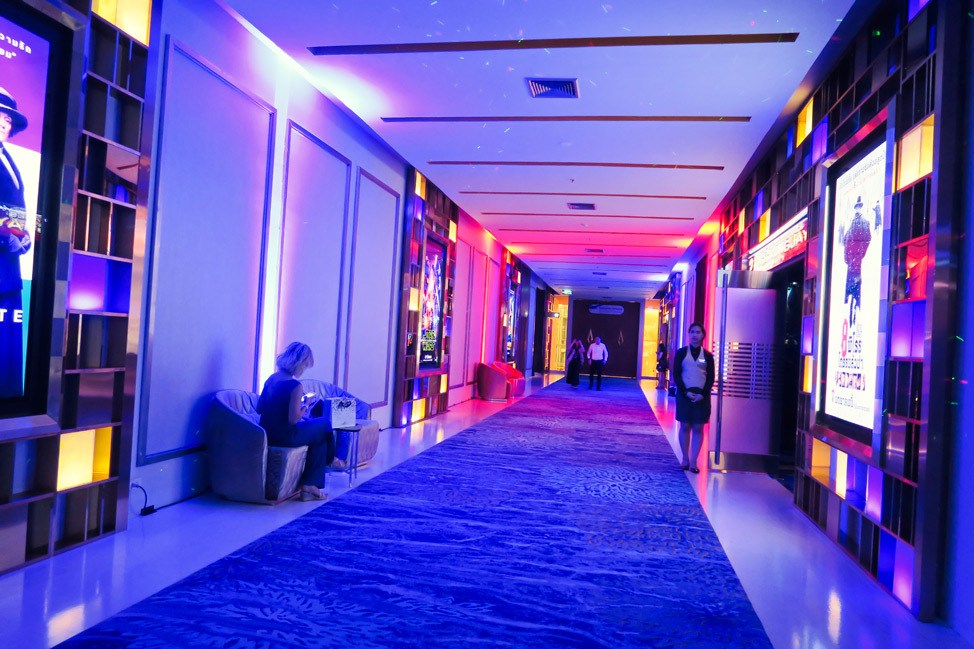 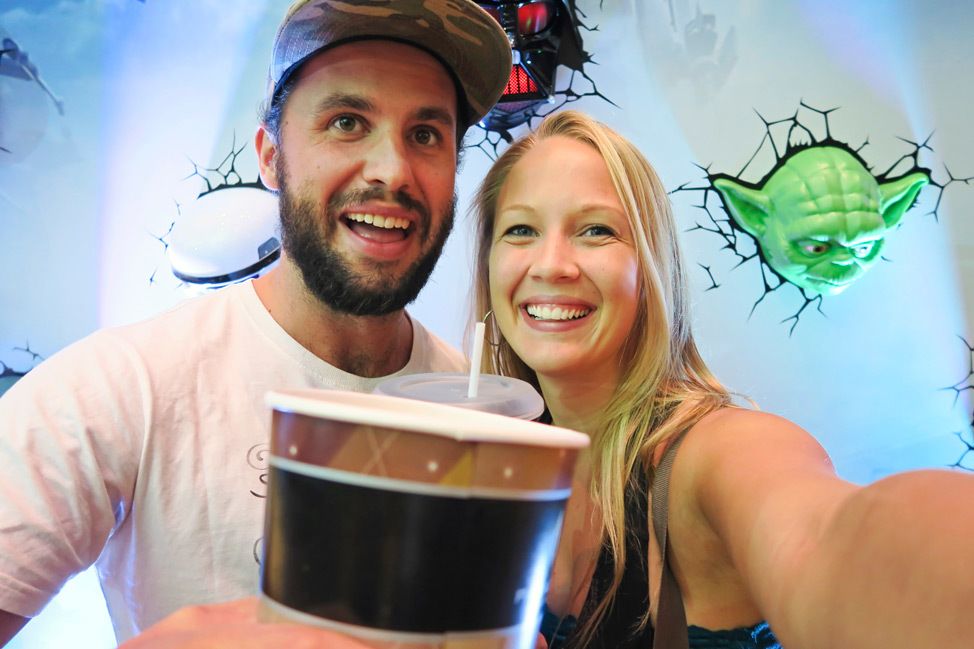 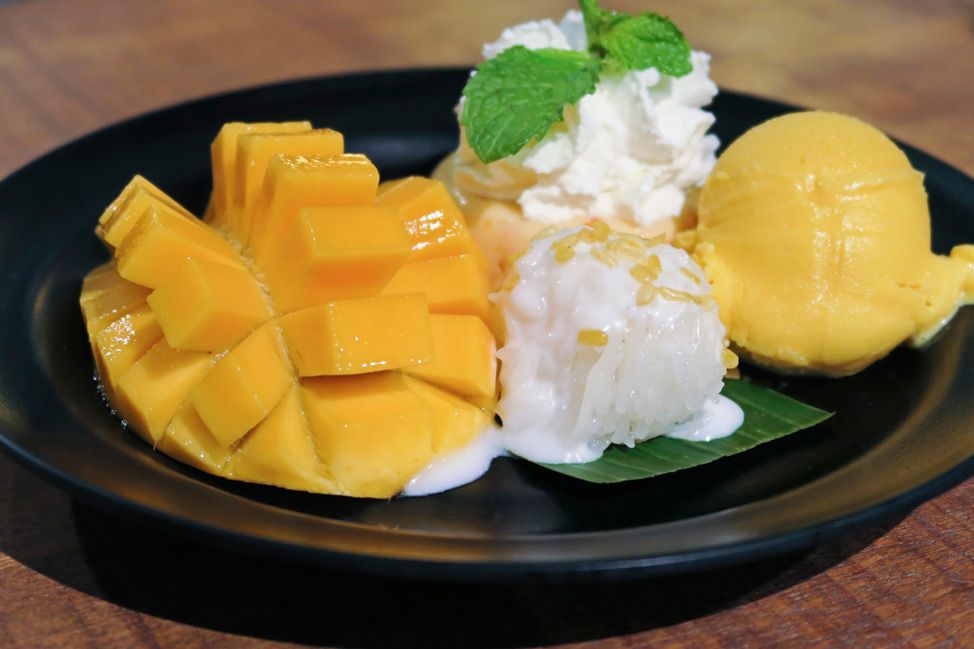 By the time we took off for Siem Reap, I’d promised to leave my blurry vision blues back in Bangkok. If there was one thing I could see clearly, it was that through glasses, contacts, or surgery, I had a lot of this world I wanted to see.

Do you travel with glasses and/or contacts? Have you considered — or already had — corrective surgery? I want to hear about it in the comments!

Where to Eat on Koh Tao