While I continue to recap the remainder of my endless summer, I’ve decided to jump out of chronological order and start sharing snippets of what I’ve been up to since I reached Southeast Asia this fall. Thanks for sticking with me!

Guys, can we talk about jetlag for a minute? Generally, I’ve prided myself on handling this great traveler’s nemesis in stride. When I returned to Thailand this fall, I spent my hours in the air dreaming of exciting days ahead in my beloved Bangkok. Ian, who had flown in a day ahead of me, was already waiting at the Radisson Blu Bangkok, where we’d spend two days and three nights getting back in the Southeast Asia groove.

Or, you know, just endlessly battling jetlag for sixty hours. One of those two.

In the end, we barely left the hotel, so stricken were we by travel fatigue. But I’ve got to say, as far as bases for recovery go, the Radisson Blu Bangkok was not a bad choice. My mission to eventually stay at every hotel in Bangkok is a grave one (okay, I might be being a little facetious there — after all, Agoda lists 1,950 of them) and I really enjoyed adding this one to my review roster, a list that includes U Sukhumvit, Luxx XL, The Aloft, The Four Points, Shama Suites, S15 and the trendy hostels in Silom. Radisson Blu Bangkok can run with the best of ’em. We booked our stay using Club Carlson points, a simple and straight forward process. 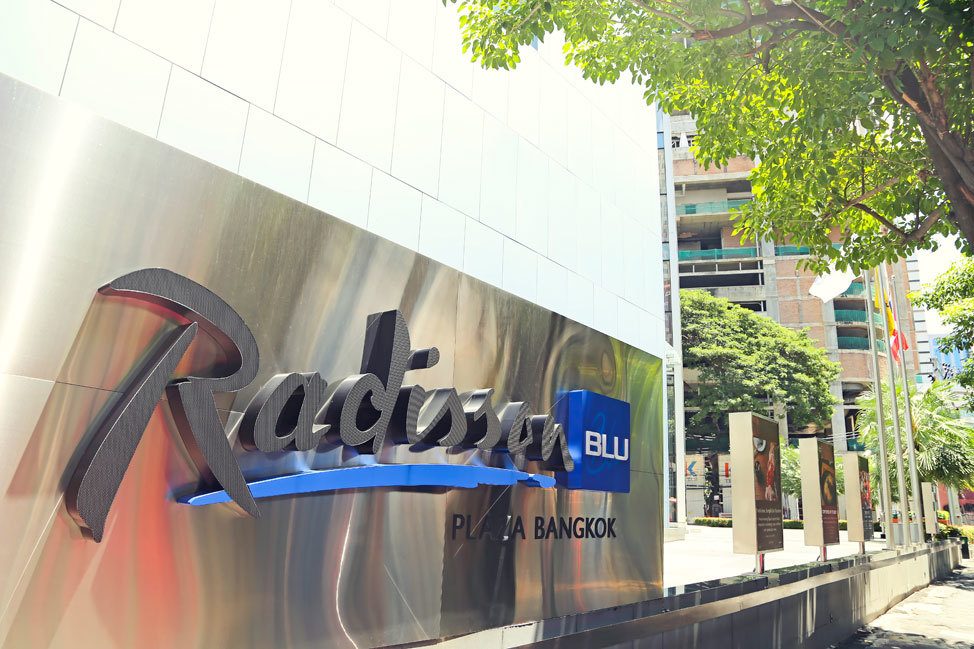 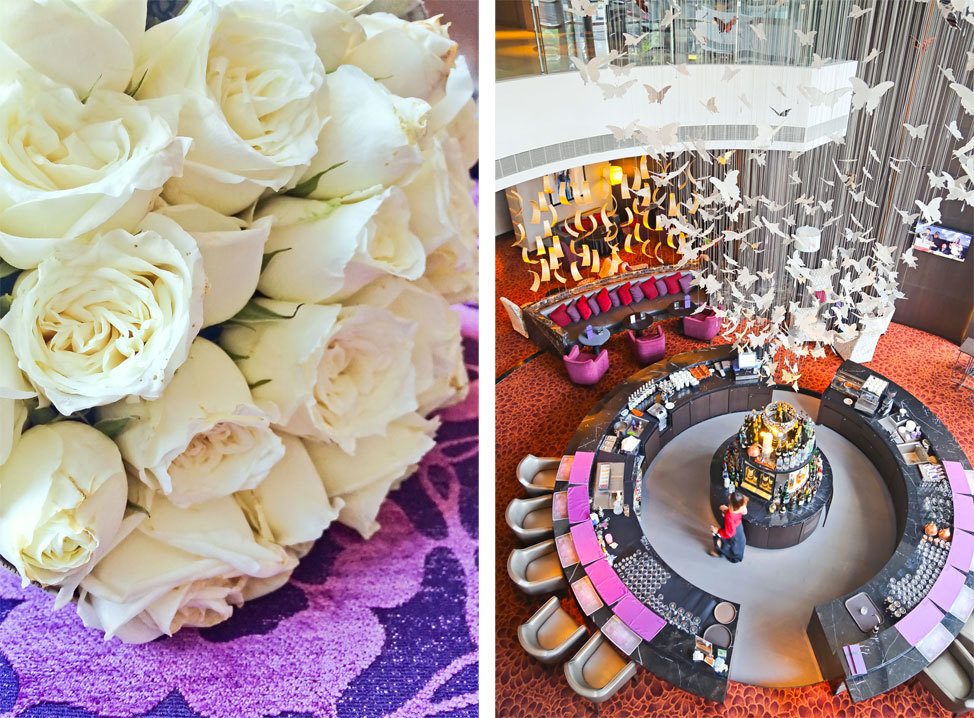 The Radisson Blu Bangkok is located smack on Sukhumvit Road in front of Soi 27, about a five minute walk to the Asoke and Phrom Phong skytrain stations and a seven minute walk to the Sukhumvit subway station. Sukhumvit it my favorite area to stay in Bangkok thanks to the abundance of restaurants, bars, and mega malls (while I’m not much of a shopper, the movie theaters and international food courts are a long-term traveler’s dream come true). And it’s the city’s best connected area when it comes to public transportation.

That said, we mostly used our own two feet to get everywhere we needed to go. It was an easy walk to Terminal 21, one of Bangkok’s coolest malls, where Ian ran errands and I got my phone sorted out (new regulations mandate you have to register your passport at a telecom agency in order to have a Thai phone number), or to Sukhumvit’s many bustling side sois, where I met a flight attendant friend on a layover for cheap Thai food and foot massages.

One evening, we walked to Bangkok Comedy Club, about a seven minute walk away on Soi 33. We loved the stand up but loathed the improv — check the schedule to see what’s on (and stop by Sunshine Tacos after for a midnight quesadilla). The next night we hopped in a quick cab down Thonglor to the much-buzzed about Soul Food restaurant, hailed by trendy locals and in-the-know expats alike. We adored it but almost fell asleep into our lamb massaman curries — did I mention we were struggling with the time zone change? 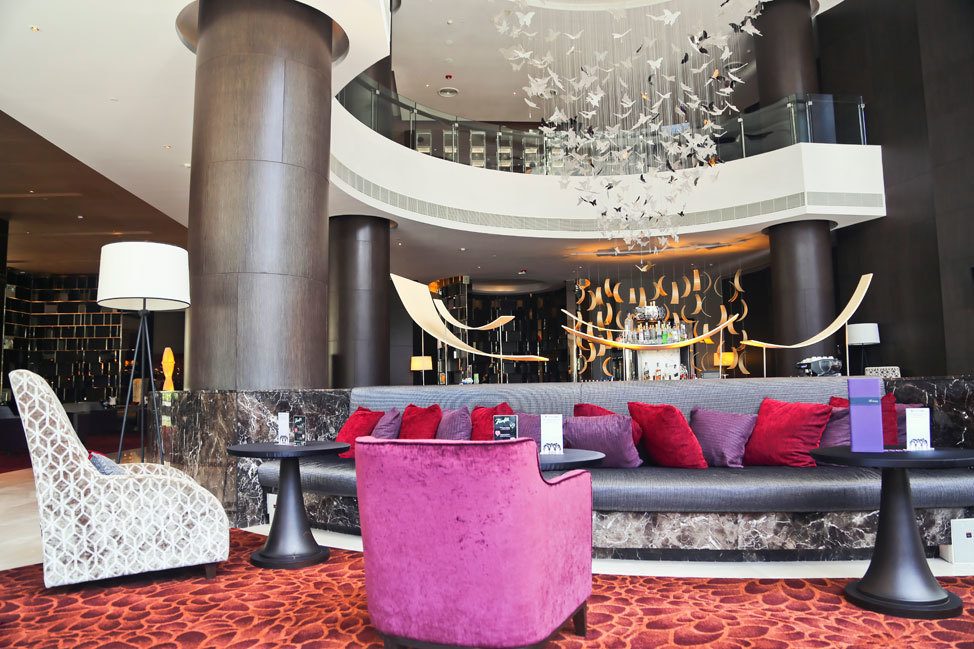 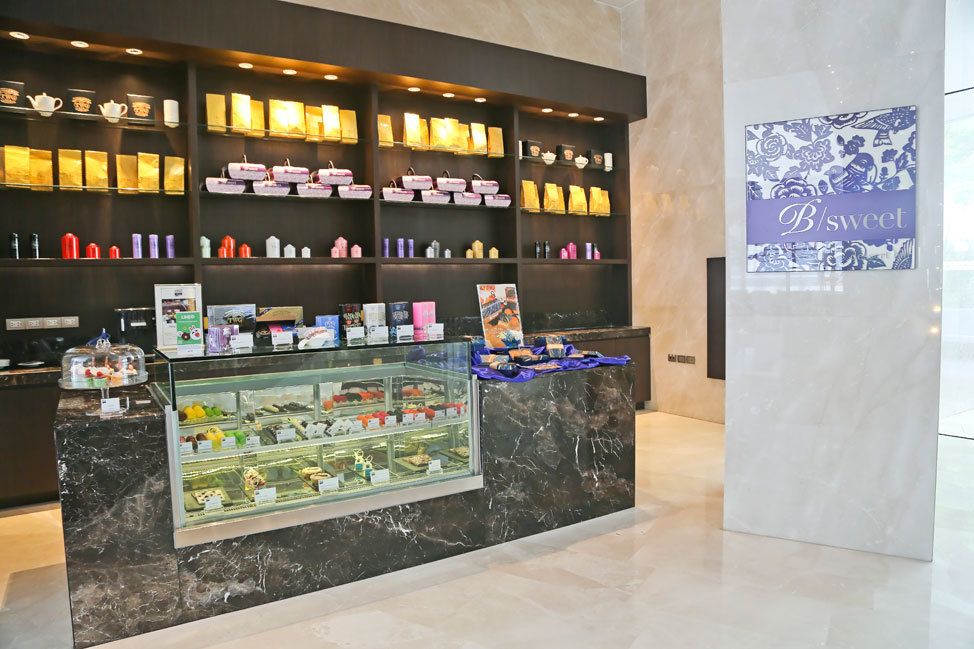 Radisson Blu’s chic lobby is a welcome oasis when walking out of the chaos of Sukhumvit. The chandelier around which the B/Sharp bar sits is a show stopper, and the dainty desserts at the B/Sweet counter make for the perfect midnight snack. 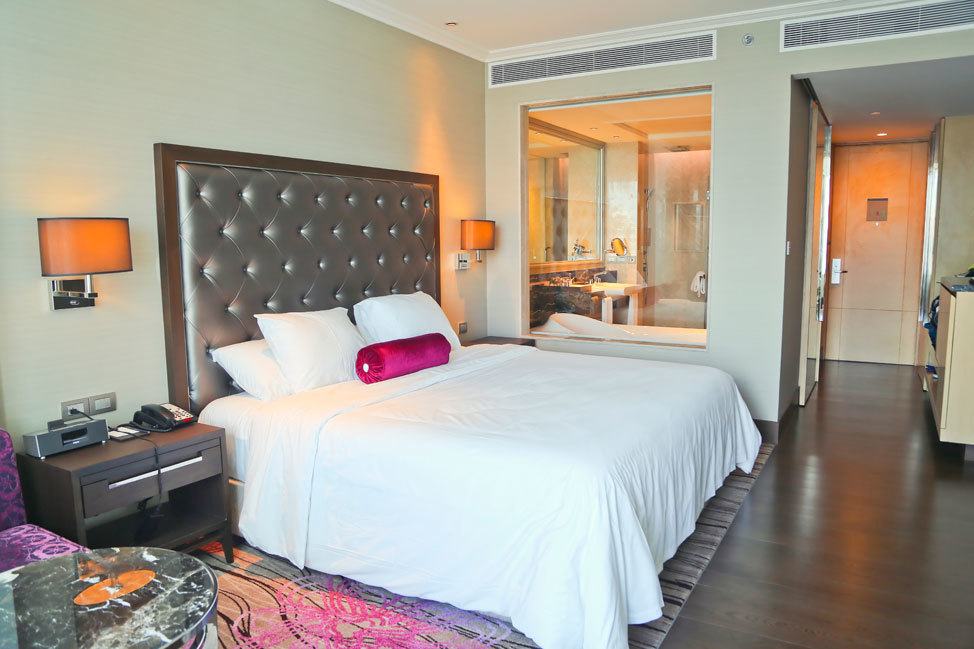 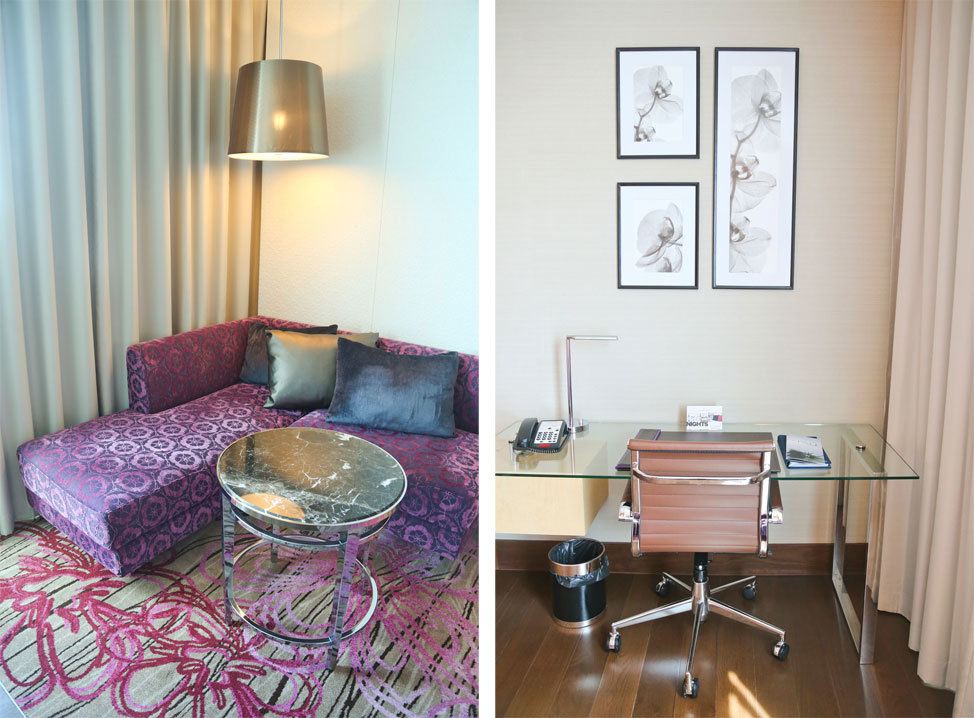 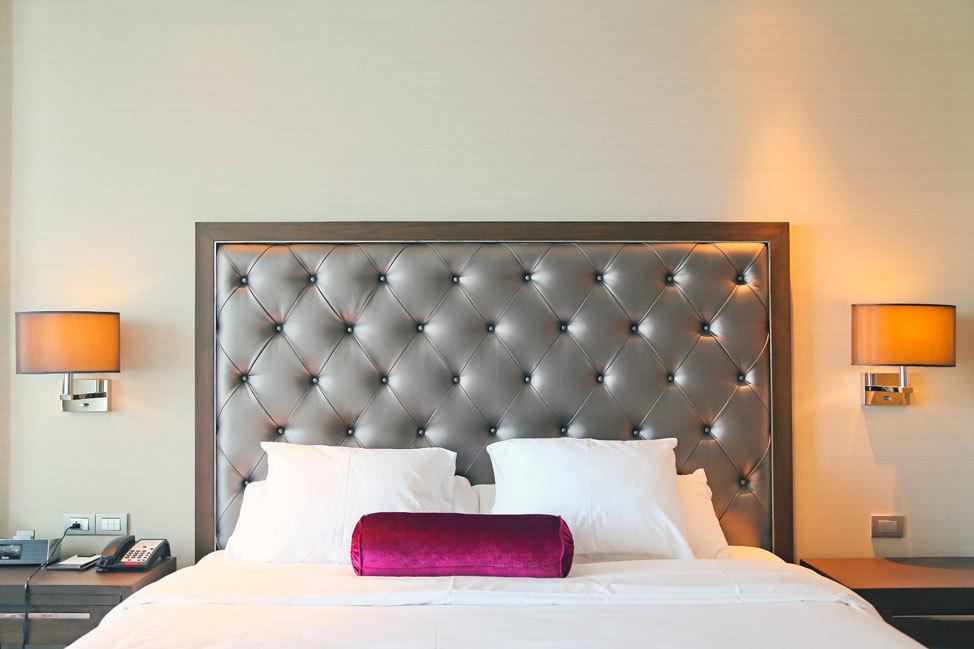 I adored our stylish and spacious room at Radisson Blu. It felt for more boutique than big chain with details like textured wallpaper, modern art, and pops of bright color. I found the desk a comfortable spot to dash off “I’ve arrived!” emails and both the bed and lounge to be equally appealing nap locations.

And check out that view! 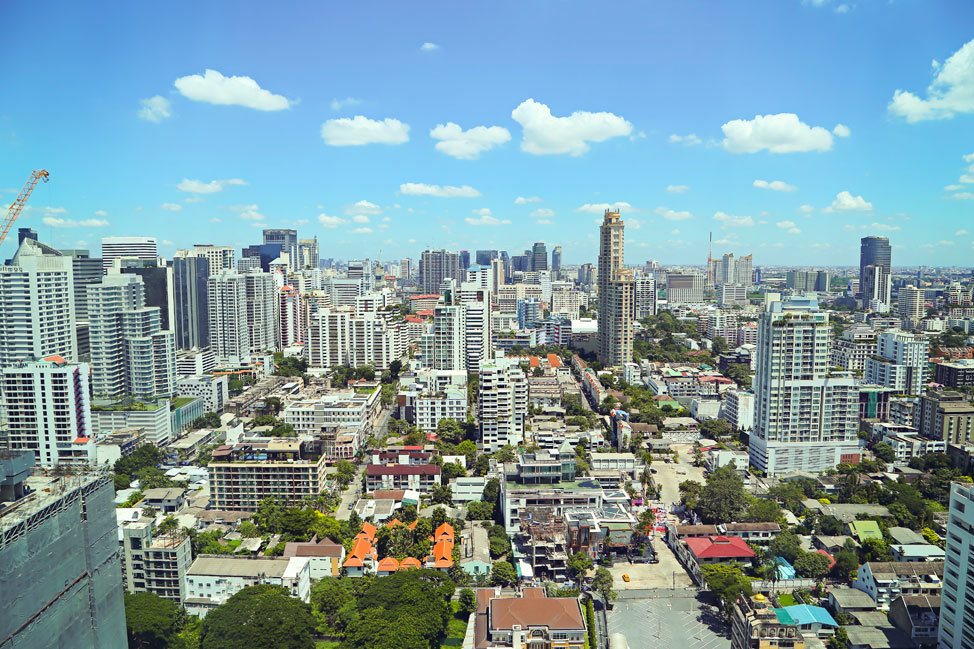 The bathroom boasted both a shower and a bathtub, perfect for a long soak after more than twenty-four hours in transit. 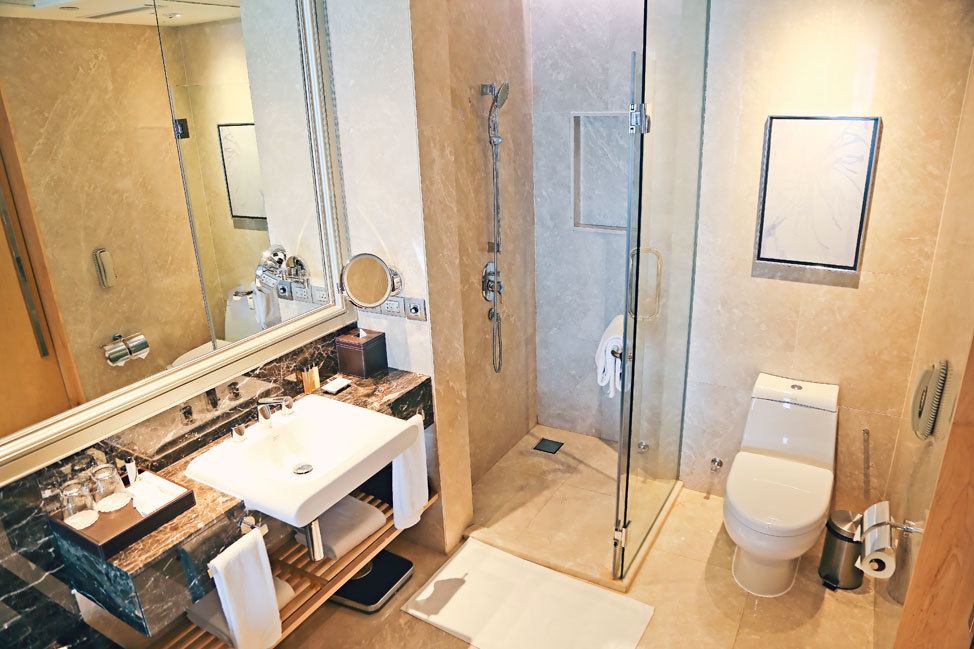 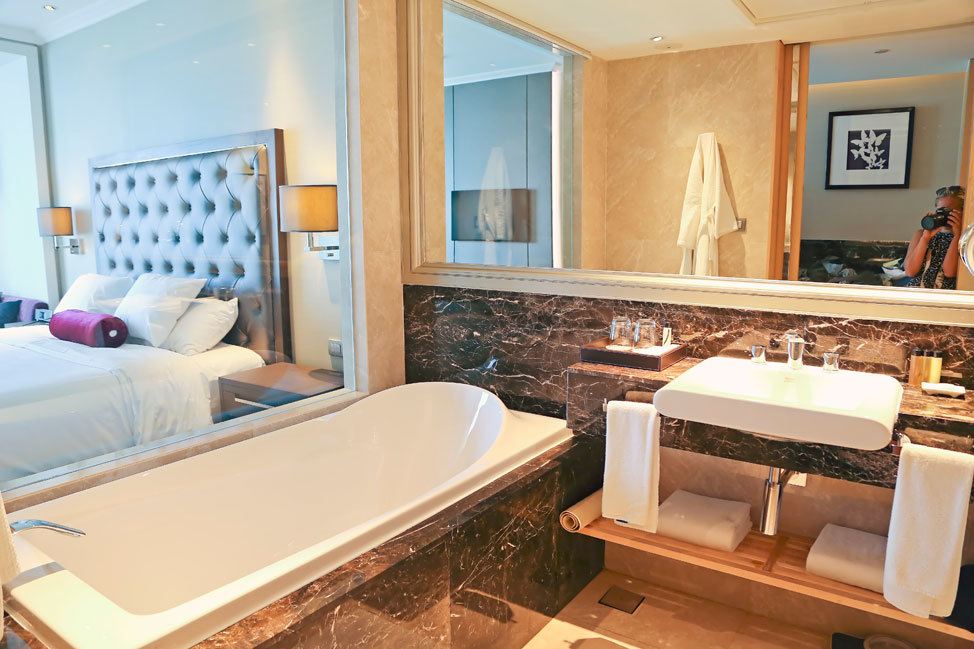 Radisson Blu boasts not one but three onsite restaurants: Attico, an Italian eatery, The China Table, a Cantonese restaurant, and Twenty-Seven Bites, the hotel’s main buffet and brasserie. All the restaurants’ menus are available to download online, which as a consummate planner I give two forks up to. Yet even compared to some of the city’s most trendy eateries just a short walk away, the prices at the hotel restaurants ran quite high, so outside of breakfast we ate offsite. 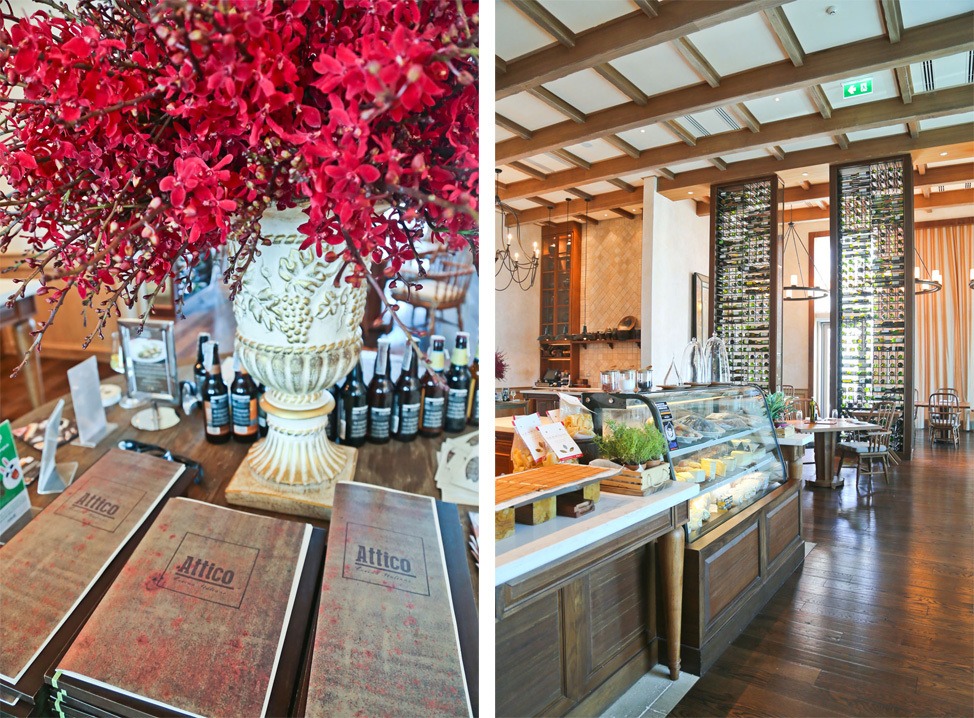 We enjoyed the extensive breakfast buffet at Twenty-Seven Bites, which also is knows for a lavish weekend brunch. Because we booked with Club Carlson points, breakfast was not included, though as guests we were offered an hefty discount on the buffet. 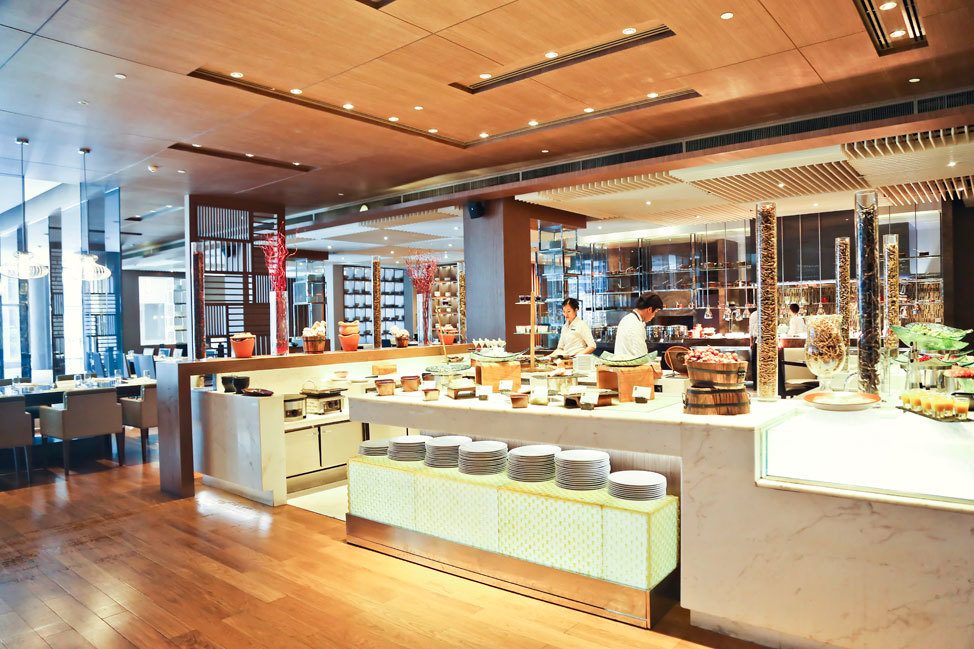 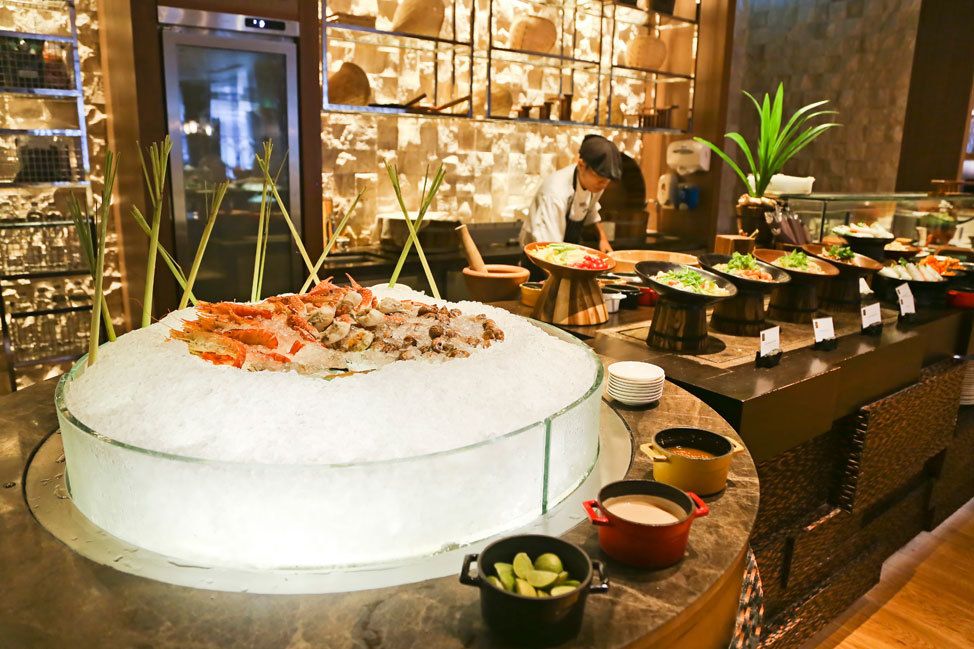 In addition to the B/Sharp lobby bar, there’s also Vintage, a stand-alone bar atop the Radisson Blu. We came up quite late one evening and after confirming the bar was still open (another hour, they assured us) we splurged on 400 baht cocktails — again, a tad more pricey than some of the city’s hippest rooftop bars. We would have been happy with our indulgence had the moment our drinks arrived, the music not been cut and an entire team not arrived to rearrange the furniture!

We awkwardly sat sipping our drinks while every scrap of furniture in the room, including the table we’d been resting our drinks on, was removed to prepare for an event the next day, until our chairs were basically the only thing in a big empty hall. The drinks were amazing, the view was divine, and the location unique — but our experience left something to be desired. 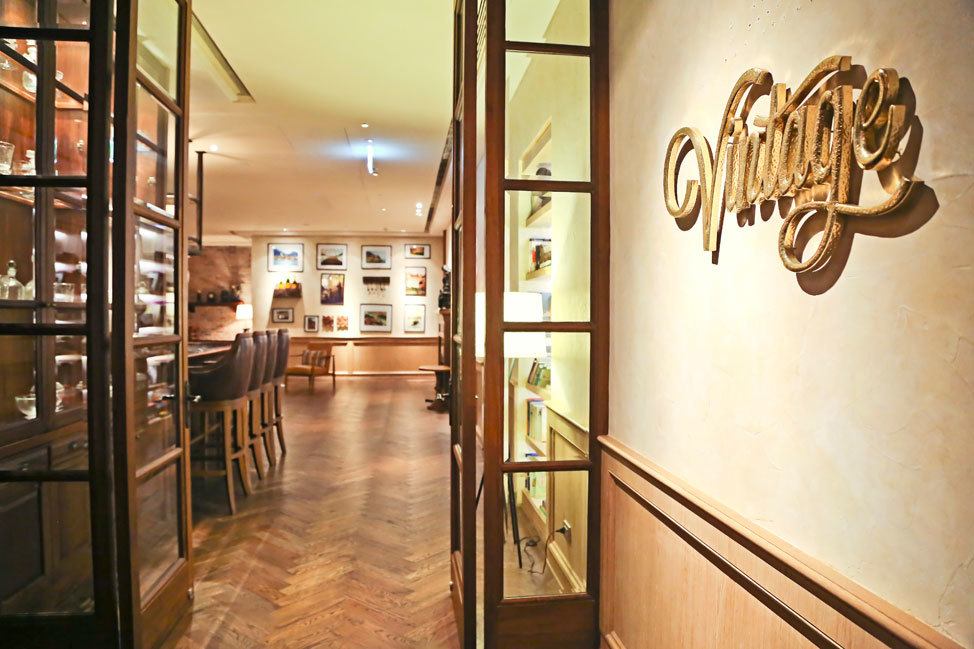 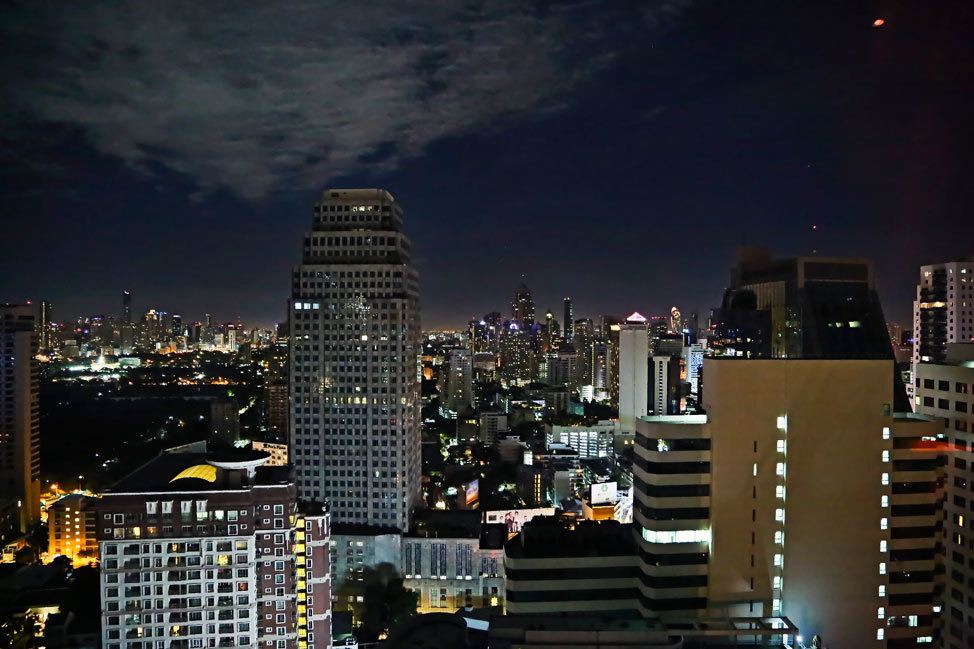 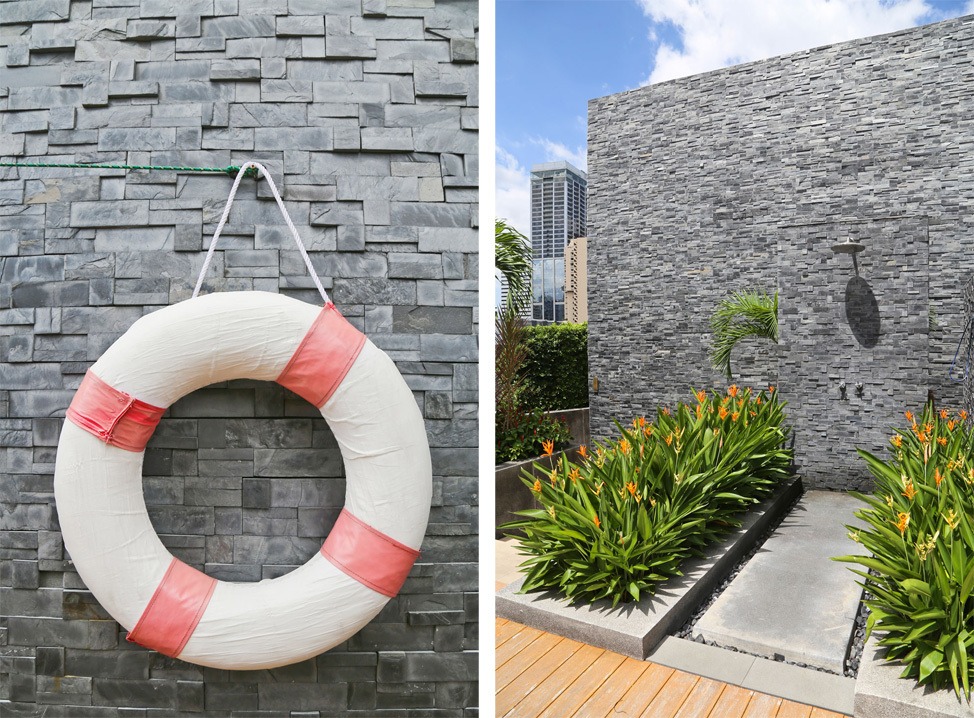 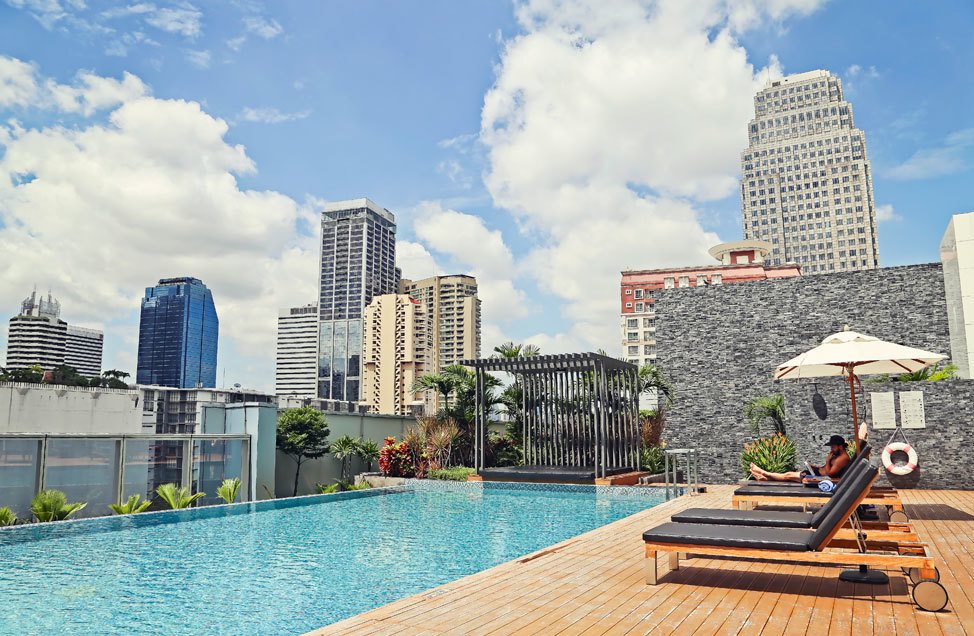 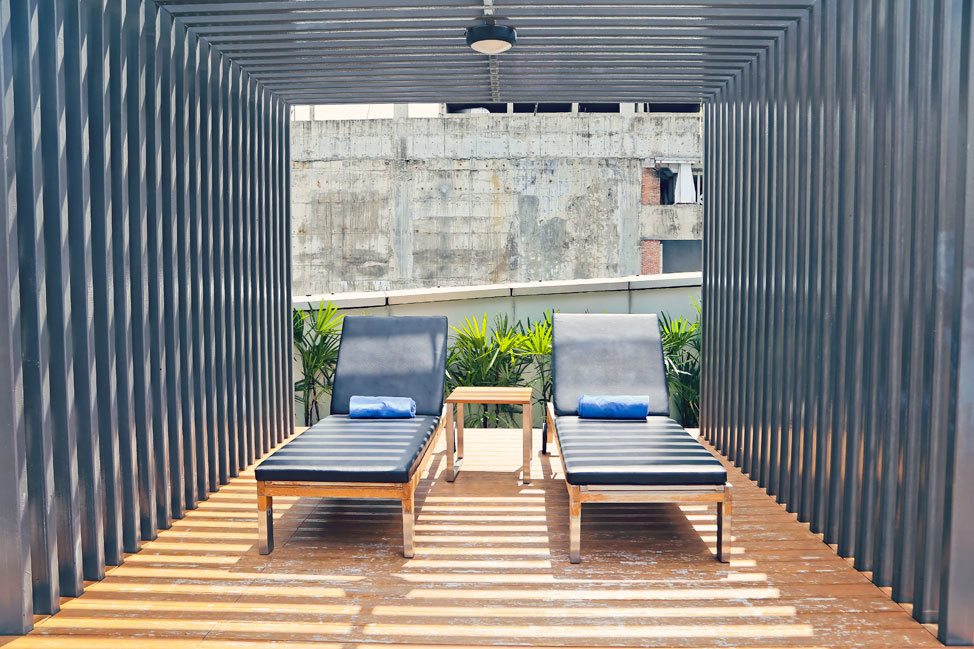 Rooftop pools are one of the best things about Bangkok, and Radisson Blu doesn’t disappoint. We passed many sunny hours in these lounge chairs, counting clouds and skyscrapers. While the hotel was bustling during our stay, the pool rarely felt crowded — often, we had to ourselves.

On the pool deck there’s also yet another place to solve any hunger or thirst issues — Bar Esc. 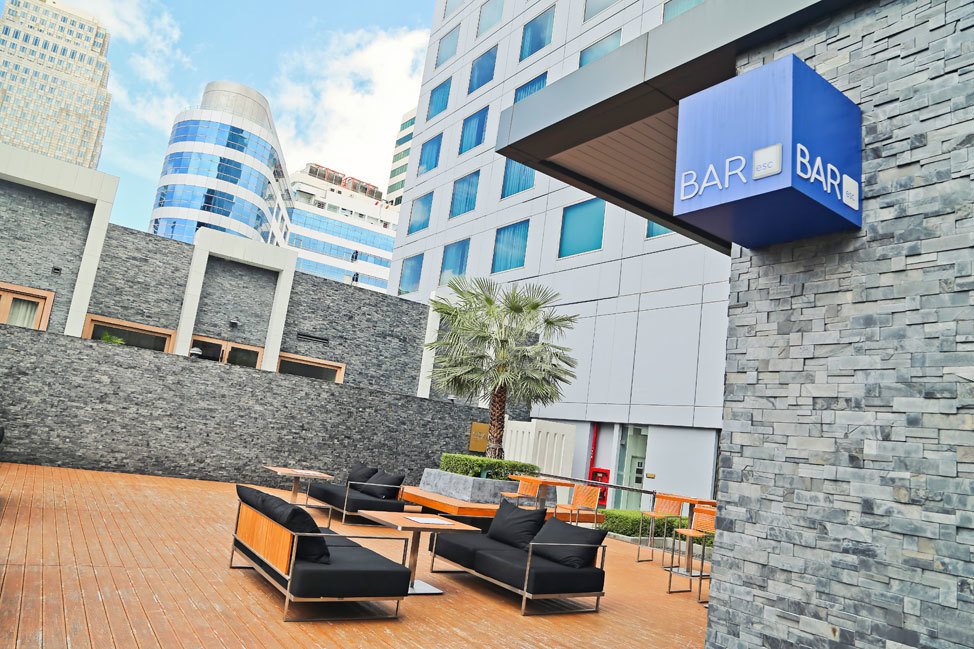 While I didn’t indulge in the onsite spa, I did take a peek inside — and concluded it would be the perfect place for an afternoon of unwinding. Sadly, I didn’t make use of the gorgeous fitness center, either, because I can’t imagine a more beautiful spot to get your sweat on. I’ve been to a lot of five star hotel gyms that look like broom closets, so I really appreciate the effort that was put into making this one as beautiful as the rest of the hotel. 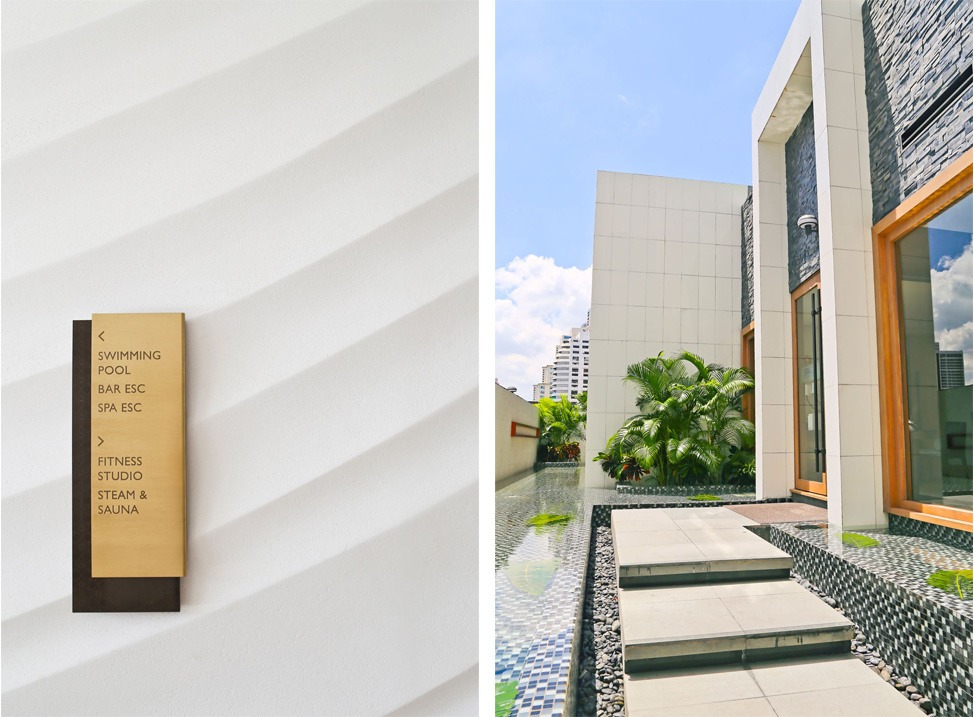 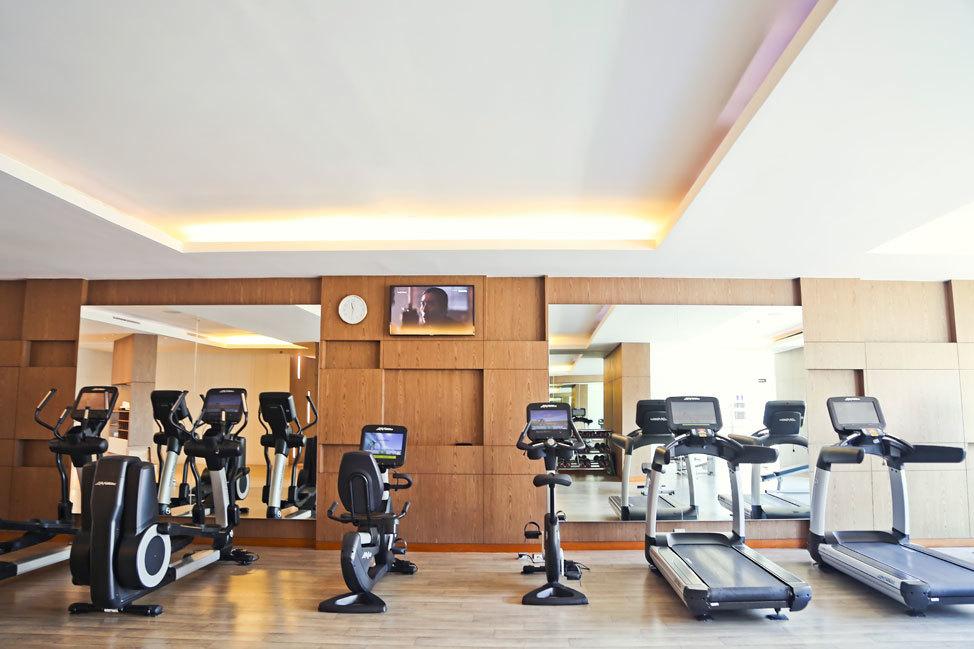 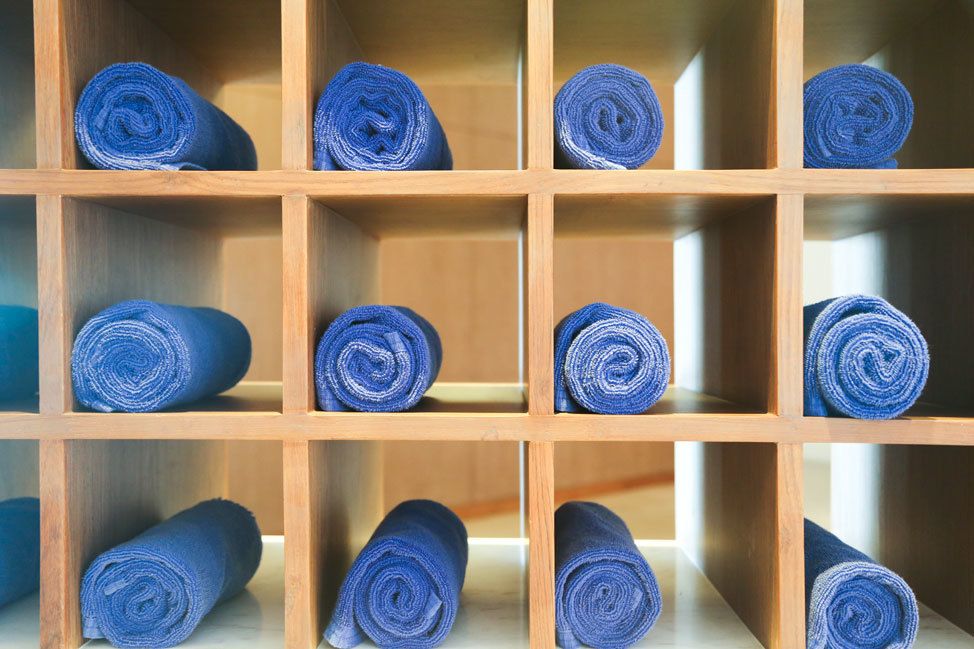 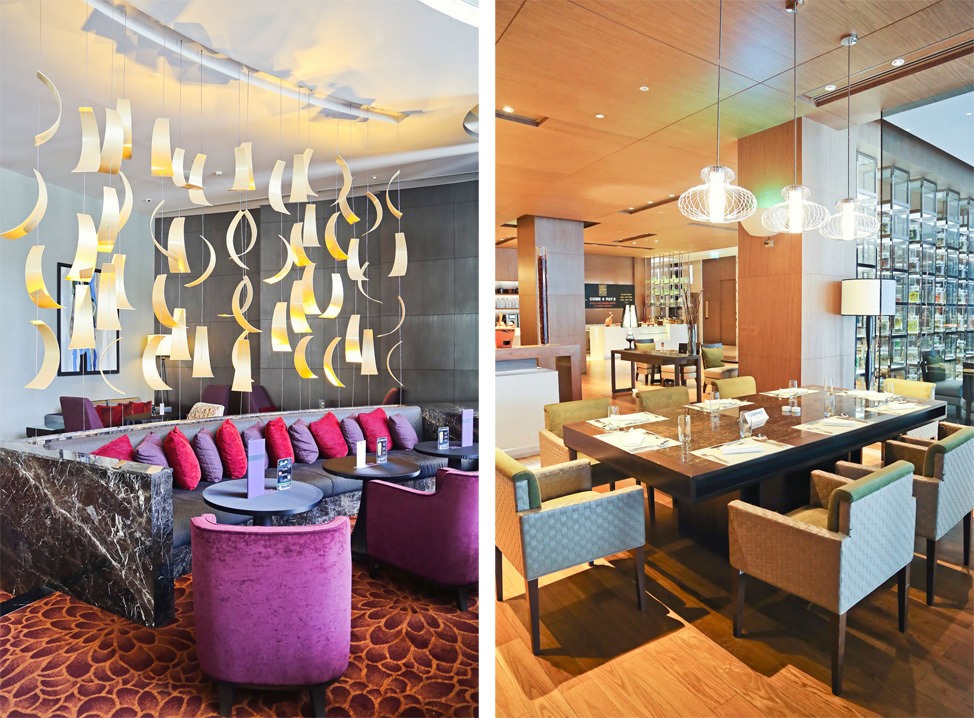 I loved this hotel a lot more than I was expecting to. Frankly, I’m somewhat biased against international chains — but I couldn’t get over the feeling that we were actually staying in a boutique hotel! The room was perfection, the pool was lovely, and the location was unbeatable. That said, while the variety is impressive, I think the prices of the onsite bars and restaurants need to be a little more competitive in a city that hosts so many of Asia’s best restaurants.

Overall, I was sad to say goodbye to Radisson Blu Bangkok, and wished we had just one more night. With rooms starting at $100 per night, why not? Though I couldn’t be too sad, considering our next destination was the hotel’s sister property in Phuket…

What’s your favorite hotel in Bangkok?

I visited the Radison Blu Bangkok as part of the #ClubCarlsonAmbassador initiative, and was compensated for my time in doing so.

Stop And Smell The Rosé: Winding Down Thailand Wine Weekend at Alcidini

Turning Twenty Five with a Bang