You know what, readers? I think we are getting pretty serious. We’ve known each other for years now, some of us. I think it might just be time to take that next step in our relationship. It’s time to meet the family.

After all, you are going to be hearing a lot about them. When I announced last year that my travel plans would have me missing Christmas at home for the first time ever, the family decided that me spending the holidays without them just simply would not do. Which is how it came to be that my mom, dad and little sister descended on Thailand for two weeks of family time and travel.

I could not be more grateful to them for putting aside their own holiday season desires and coming out here just because I decided I had to live on a tropical island in the Gulf of Thailand. My parents are separated and I don’t take for granted how lucky I am that they are able and willing to travel together for the benefit of my sister and I. It meant the world to me, especially after spending Thanksgiving in Vietnam, where I realized that the holidays without family lead to embarrassingly blubbering Skype calls. Plus, I love having visitors abroad! In the past I’ve managed to rope five different family members into visiting me in the Cayman Islands, four friends into joining me in Honduras, my dad to meet me in Cambodia and my Mom to take me to Greece. Just like I was in Cayman, I was super excited to show off my new island home. The following are some of the characters you will be reading about and seeing so much of in the coming weeks. 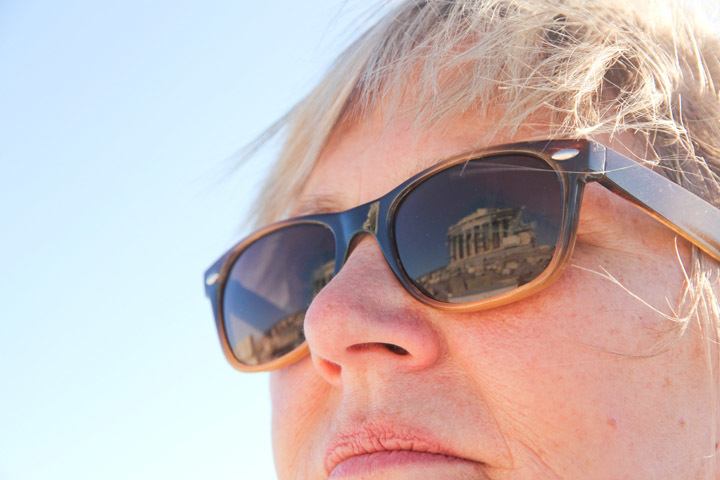 A few years ago, I don’t think my mom would have so much as considered stepping on a 24 hour plane ride. She was so crippled by a phobia of flying that we had to drug her to get her in the 8-seater plane we took on a family vacation in Belize. But her overwhelming desire to see the world and make it better forced to her challenge herself. Last summer she flew to Indonesia to live on a navy ship and use her background in both public health and writing to craft the blog for the non-profit Project Hope. She later returned to the project for expeditions to Jamaica and Peru. Blogging runs in the family!

My mom is extremely supportive of my unconventional life choices, something I realize from reading other travel blogs is not the norm. When I’m homesick I miss our quiet nights at home when I get spoiled with homemade dinners and we watch Law and Order reruns. She is also very physically active and when we travel I look forward to hikes, kayaking, and other non-lazy pursuits.

My momma has been featured on this blog before, both when she visited me in the Cayman Islands and when we took a lux Mediterranean cruise together! 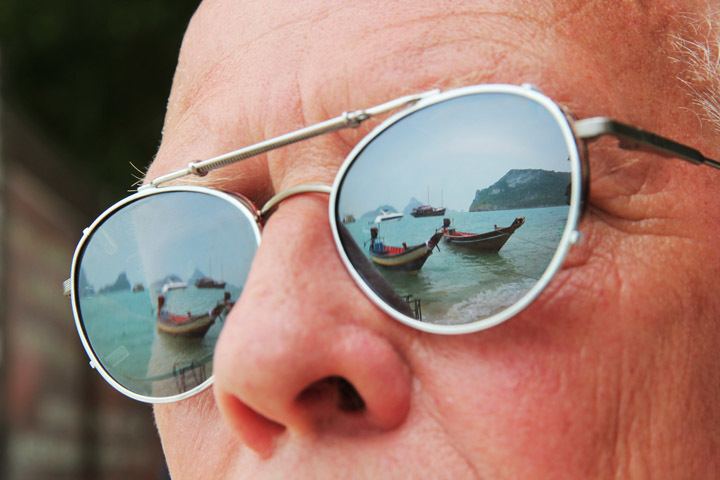 My dad is one busy guy. He runs an extremely successful (hey, kids can brag about their parents too!) health care company in Massachusetts and still manages to spend oodles of time with his four daughters and two grandkids. I wish I was as good at blogging as my dad is at what he does.

He’s one of the first people I call when faced with a seemingly unsolvable problem. Somehow he manages to see through the hysteria and help me remember my priorities. Like my mom, he is my biggest fan and a staunch supporter of my unusual life and career paths. He loves Scottish whiskey, Frank Loyd Wright houses and convertibles, and has the honored distinction of being our dog Tucker’s favorite human on earth. He is a major history buff and when we travel I’m excited to explore museums and historic sights together.

My Dad has also made cameos on this blog, both during our 2009 two-week trip to Cambodia and the extended weekend visit he and my sister made to Grand Cayman. 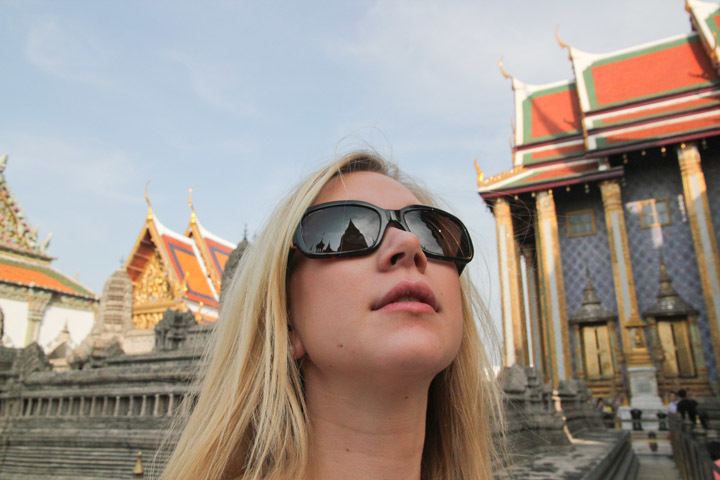 Olivia. How to describe Olivia? She started out as a musical theatre major at NYU and just a few years later is set to take over the world. Well, not quite, but she has manged to design her own major in Social Business, get elected President of the Housing Counsel, landed internships with the likes of Nike and Red Bull, and was named one of NYU’s Top 15 Most Influential people.

Upon seeing us both together for the first time many comment that we must be twins or even mistake us for one another. That pretty much ends the moment our mouths open because we could not be more different. If you were to find us at a party I would be the one hiding in the corner looking for someone I know while Olivia would be holding court over the room, regaling them with a hilarious tale of the time she met Rhianna’s personal trainer. She loves shopping, I love saving. She works out, I watch TV. She loves to hate our hometown, I love to love it.

I was a bit nervous about Liv coming to the island as she once famously stated she was going to “wait until [she was] rich to travel… so [she] didn’t have to go bumming around the world like ALEX!” She did manage to survive a weekend in Grand Cayman when she visited me with my Dad (see post links above).

I am one lucky chica. Not only was the family coming to visit, but I have a few friends that were willing to spend their hard earned cash and vacation days (they have these things called “real jobs”) coming to Thailand as well.

Steffi and her boyfriend Anton (at left) were arriving on Christmas day. Steffi is one of my closest girlfriends from home and has appeared on this blog when she came to hang out in Honduras. She’s an amazing industrial designer and one of the hardest workers I know, so I was honored she wanted to spend her time off with me. She also makes me laugh and I love hanging out and having heart-to-hearts with this chica. Her boyfriend Anton is a super internet genius and gets along great with Mark, so I was thrilled he was coming along as well.

Zoe (at right) was my other half throughout college. She also earns the distinction of being the one friend to shed tears at my departure, thus winning 10,000 bonus friendship points. I simply could not miss her more. But she’s busy taking over New York’s publishing scene, so I’ll forgive her for not coming to live here with me. She has been to Thailand once before with boyfriend Tom, who grew up in Bangkok. I adore Tom and spent years dreaming of having him show Mark and I around his home city! Zoe made plans to arrive in time for New Year’s Eve, where we’d be joining Tom, back in the country to visit his family.

Those are the characters. I have a hunch you might just grow to love them as much as I do. Up next, my massive travel mistake that threatened to ruin the start of my family’s visit!

The Great Escape: Month 6 Roundup The Case of the Forgotten Passport
20 Comments...