The Case of the Forgotten Passport

Those of you that were keeping up with my Photo of the Week project/real time updates know that as soon as we got back to Koh Tao from Vietnam I locked myself in our bungalow and glued myself to the computer for two weeks straight. I was not only catching up on work I had avoided while traveling, I was also trying desperately to work ahead so that I could enjoy the holidays with my family and friends. I was overjoyed at their visit, but that also meant that in addition to trying to cram in loads of work projects, I was juggling the travel plans for three different groups of people. I was slightly overwhelmed.

Which may be how I ended up making the biggest mistake of all my travels.

My family was flying into Bangkok, and they generously bought me a flight from Koh Samui (the closest island to Koh Tao with an airport) to Bangkok so I could meet them at the gate. As usual, I was packing at the last-minute and having my typical packing anxiety. When I finally had a moment of calm I was on the ferry and thinking of how lucky I was to be missing out on the hassle of the 12 hour bus ride to Bangkok. Smooth sailing for me!

It was smooth sailing, until the moment I realized I didn’t have my passport. Or any photo ID. 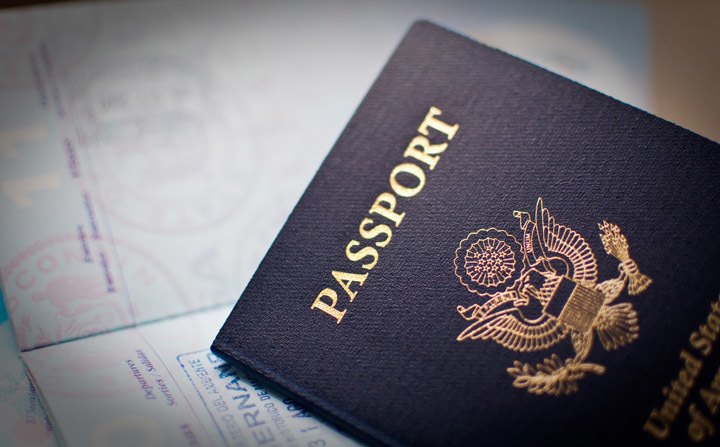 I quickly tried to do damage control in my head. My flight was at 6am the next morning. There were two ferries a day from Koh Tao to Koh Samui. I was on the first one. Could I get back to Koh Tao in time for the second one? (No.) Could I show up at the airport and try to fly domestically without ID? (Ha.) Could I pay a speed boat one million dollars to take me from Koh Samui to Koh Tao and back? (I considered it).

At this point I was lathered into a complete panic. I called Mark, sure that he would see through the dark tunnel and clean up my ridiculous mess. His solution? “Sigh. Well, I guess you’ll have to take a bus.” Well, we can’t all be crisis resolution managers. At this point my mom and sister were already en route, so there was so way to contact them if I couldn’t sort this out. I pictured them waiting for hours at the airport meeting point and I wanted to cry.

I decided to call my friend Suze, who I interrupted from decorating her apartment with paper snowflakes. She is the calmest person I know and I had a feeling she could talk me down from the edge. Mark had beat me to it and the two of them were already devising a plan to send my passport as cargo on the afternoon ferry. There was nothing I could do but wait. I checked into my hotel and tried in vain to get some work done. Suze called and told me my passport was now in the hands of the ferry company, Lomprayah, who had been briefed on the urgency of the situation. I walked to McDonald’s but my stomach was still in knots and I could barely finish half my meal. That’s how serious this was, people. An hour before the ferry was due, at 5pm, I made my way to the dock to spend my time more productively: wringing my hands and pacing back and forth. I trust Lomprayah and wasn’t worried about theft, but still… this is South East Asia, and organization standards are relaxed. 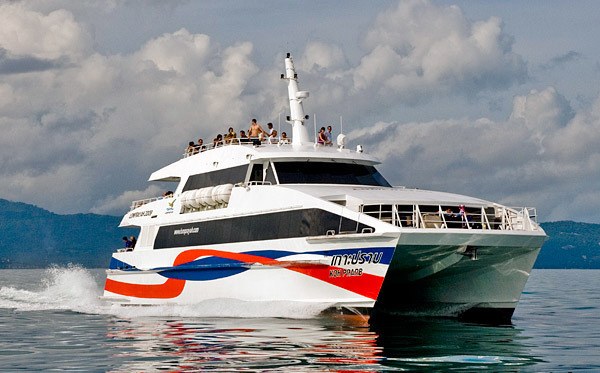 The Lomprayah employees quickly took me under their wing. Despite very little shared language, they insisted I take a seat and proceeded to share weird fruit and kind smiles. When the ferry finally appeared in the distance, the youngest girl pointed at the boat, smiled, and patted my arm. I wish I was as sure as she that everything would be alright.

As passengers came flooding off the boat I was back on my feet, anxiety rising. Where was the cargo? If I didn’t intercept it now, where would it go? Would I be able to access it by 6am the next day? The young employee saw a man carrying a brown folder step off the boat and discreetly waved him over. While she kept a lookout for her superiors I thumbed through the pile of manila envelopes. There, in Suze’s sweet handwriting, was my name. I ripped the envelope open and out came my passport, and a tiny paper snowflake. My stomach un-knotted itself for the first time in 7 hours.

I know what you’re thinking. How could I have been so stupid? Well, I was just going to Bangkok and back. Not leaving the country. And every single other billion times I have gone to Bangkok and back has been by bus. So I think the concept of “passport” did not even register in my frazzled mind. Did I mention I was kind of stressed? And I’m also kind of a head case? Bad excuses, I know. But believe me, I was properly punished. I have never thrown out McDonald’s french fries before.

With proper photo identification in hand I was off. In just over 12 hours I would arrive in Bangkok and reunite with my family.

Floating on a Feeling: One Night at Rainforest Camp