Remember Wes? I asked him to share another travel tale in his signature witty style… 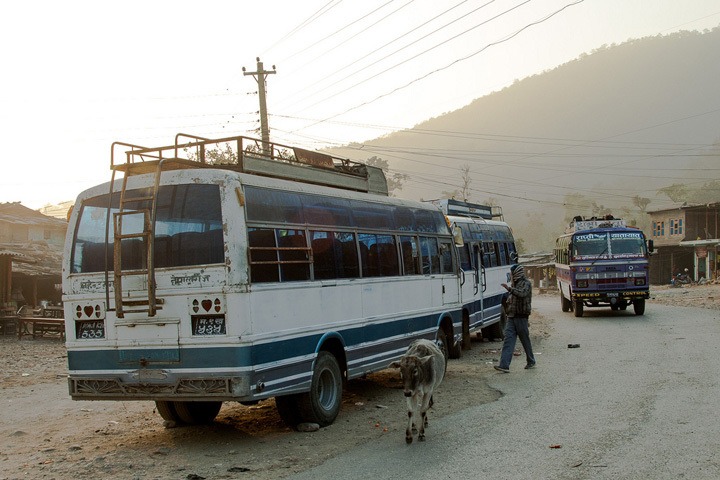 Why is the travel industry called the travel industry? It should be called the ‘being places’ industry. The actual traveling part kind of sucks. I mean there are some pretty awesome trains, I’m a huge fan of a good ferry ride — and the best thing I’ve ever done was a road trip. But by and large it’s 6-dollar coffees, lost passports and queues. So, recently, I realized I do too much of the travel part, and too little of the being places part. So I’ve decided to revive the lost art of the side trip. A little more Alex in Wanderland, a little less groundhog day.

I guarantee that if you have been to anywhere I’ve been, you’ve seen more of that place than I have. I include in that my own country – Australia. I haven’t been to Kakadu or Uluru or Oodna-bloody-datta. When I get time off work, the very last thing I want to do is travel. I want to be places, without necessarily moving. That’s why I like Alex’s blog — she’s good at being places, and has perfected the art of the side trip. She can make a side trip out of a trip to her own home town, for chrissakes.

I write this time from India — yesterday I was in Nepal. Just back from Anapurna, then?- you might assume. Just off the bus from Pokhara? Just done a scenic everest flight or camped at base camp, or even taken a taxi out to Bakhtapur or taken some panoramic shots at Nagarkhot. No, no, no and no. I’m missing out on a lot of the good bits. Including the best parts of travel. The banana pancakes and the backpacker’s kitchen, and the 5-way chip-in for a busted up car. But worse, I’m not seeing the Chiang Mais, the Pais, the Perhentians, The Taj Mahals, the Louvres or the southern beaches of Cambodia, right next door to me in Thailand. 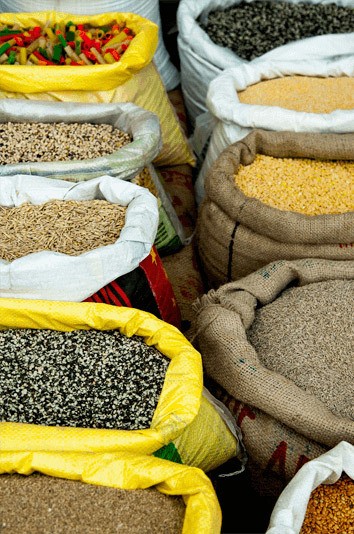 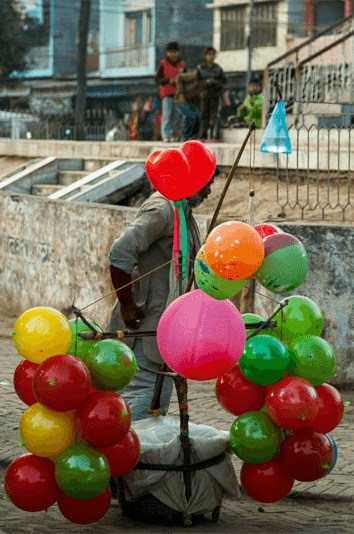 So, my solution is the side trip. To be fair, one ill-fated side trip cost seven grand and three weeks, but I have forgiven fate for that. I mean, I don’t want to get carried away — down time is good, and I’ll have to de-brief with people afterwards, and give advice, and blog, and I mean, who can be bothered. But here and there, a little of this whole traveling caper, minus the queues, is probably quite good.

This time in Nepal, I got to take some students out to the far west, to learn a thing or two about this and that. One presentation from my colleagues at NNSWA had a picture on the last slide (powerpoint being the principle instrument of development, you see) of a bridge. Having asked no other questions about the actual content, one student asked of the bridge. Some days you learn nothing, others you learn Asia’s second longest bridge is about 8kms away from where you are, just to west of the middle of nowhere. So, vehicles were rented, mathematics were done, and the trip was planned. And it was absolutely fantastic.

I don’t know if you’re a bridge buff. Can’t say I was, but I could be convinced. Anyway, this bridge was very, very cool indeed. I posted some of these pictures on my flickr, and, as it turns out, there are bridge buffs, and the shots were discussed and added to galleries. I guess bridges are cool. Anyway, this is a long one, and pretty good looking.

So that was a side trip worth doing. I swear the samosas were the best I’ve ever had. Indian food is, in my view, very often the culinary equivalent of the colour brown – just throw anything and everything in there and it’ll do. Street food on the other hand – amazing, delicate, diverse, textural, and just damn good – with a beer or chai, well that’s me done. So I know my samosas from my aloo parantha and by God the ones at this bridge were good.

So after a few more days of mailing guys who mail other guys who know people who actually do anything valuable, the weekend rolls around again. I’m a big fan of a decent sunday breakfast – living as I do on streetfood and salad during the week. Not the stodgy oily variety the English and Americans favour – but the the poncy, pretentious 2-latte and italian sage foam variety Melbournians prefer. I knew I wasn’t going to get it in Kathmandu, so my favoured alternative would have to do. The momo – Nepal’s favourite snack. I recalled a trip to meet some friends a few years ago, and a dinner in Bhoudanath – a very important place in Bhuddism, and a focus for the many Tibetan refugees (and now their kids and grandkids) in Nepal. So off I went, with my average sense of direction, in search of a momo restaurant off a lane down a lane off a lane.

Long story short, I was wrong about the cafe scene. For better or worse, Bhoudanath has a few cafes you’d put in the posh euro category. And a beeline to the pick of them I made. Power out, coffee machine out. So the roasted eggplant sandwich had to do. I found the Tibetan place anyway, and it looks as brilliant as I remember it – so I returned later for dinner. If you’re in the area: Double Dorjee Restaurant FTW. There’s footage of it in this little vid.

A bridge, and an amazing stupa. A blue sky, smells of cyprus and dried moss offerings on the coals, a sandwich and later – when the power came back on – a passable espresso macchiato. Okay, so still no trekking, and I haven’t run off and joined a monastery or enrolled in a chanting workshop – but this counts as traveling – and I actually don’t mind it. Maybe I’ll buy a lonely planet and some zip-off pants after all.

Everyone please thank Wes for his guest blog and hopefully we’ll get to hear more from him in the future!

Wes is based in loosely based in Bangkok, from where he travels constantly for work and is heavily involved in the Couchsurfing community. In his copious spare time he heads to the Gulf of Thailand for a dose of diving and other underwater shenanigans. You can find out more about Wes here, see more of his fantastic photos here, or follow him on Twitter here.