Ironically, the final two weeks of the first year of my grand world tour were spent hanging around in my hometown of Albany, New York. When I chat about my hometown with people from other parts of the world — and, funnily, people from other parts of the country — they are often surprised to hear that Albany is in fact the state capital. I guess that whole “New York City” thing kind of throws people off. We don’t call it Smallbany for nothin’. 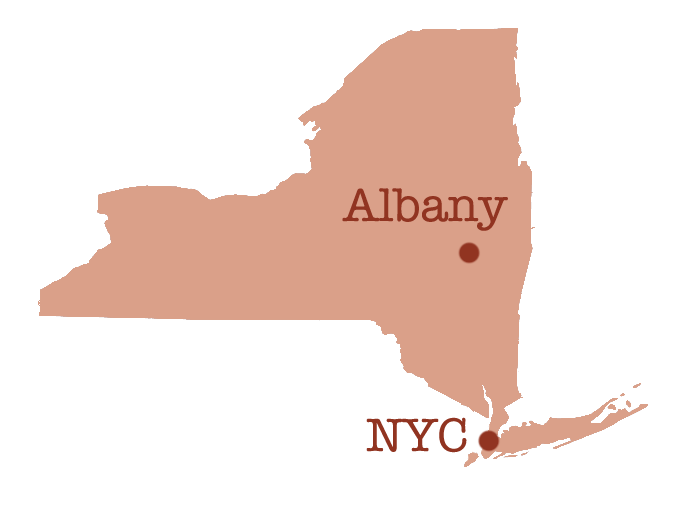 I actually consider both Albany and New York City, two and half hours apart by car, to be home bases for me. After all, I spent four years living in Brooklyn before I took off to travel. Yet there’s nothing like coming back to the place where you first learned how to crash a car, where you bought your first prom dress, and where you have friends who stood by you through that horribly awkward eyebrow stage. 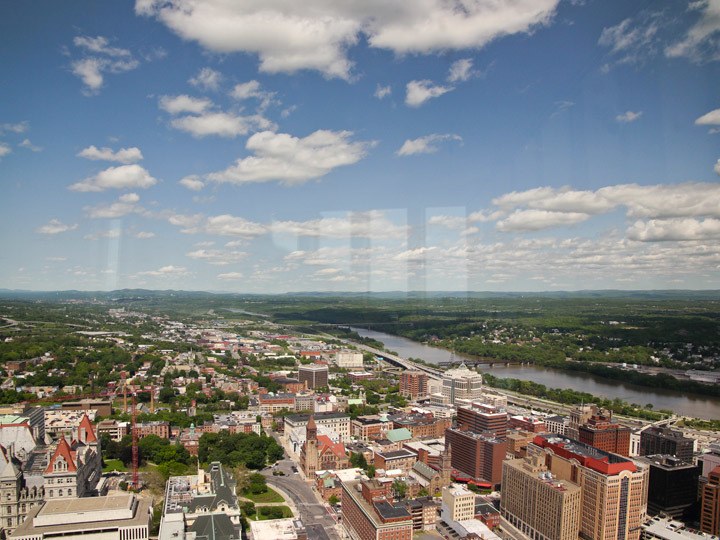 On my travels I often struggle to describe my hometown, and wish that I could bring all the friends I’ve made along the way on a grand tour instead. So, just like my blog buddy Angie Away did with her hometown, I’d like to propose to you the Alex in Wanderland Summer Tour of Albany, New York. 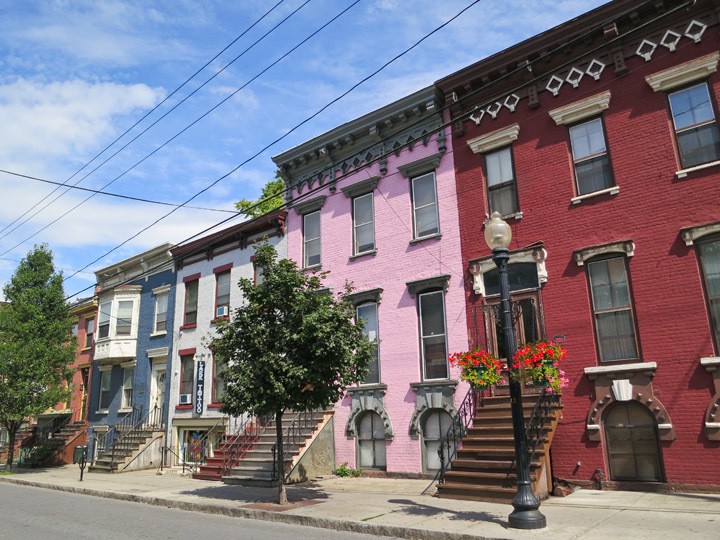 The tour would start when I picked my guests up from either Albany’s International Airport (grandly named thanks to a daily flight to Canada) or at the bus or train station. Our first stop would be my childhood home, located down a leafy street just five minutes outside downtown Albany. There you’d be treated to a grand tour of the house, which would mostly involve my mom showing you embarrassing baby scrapbooks, my dad showing you the pond he build in the backyard, and my dog acting ashamed of us. Hanging out around the Baackes compound is a big part of any visit to Albany. And how could it not be, when there’s an inviting porch beckoning you to read the newspaper, a lovely pool inviting you to jump in, or a big comfy couch just waiting to be snuggled into for a Law and Order marathon?

When I grew up our house was always filled with people, be it visiting relatives, friends crashing on couches, or members of the Albany Symphony Orchestra who my parents put up whenever they were in town. One time we let a homeless guy stay in our basement for a year, but I’ll tell you about that in person. It’s always a little hectic, and that’s the way we like it.

While many of my friends have moved to NYC or elsewhere, I still have half a dozen close childhood buddies and a large network of family friends nearby (our Thanksgiving dinners rarely seat less than twenty!), so there would be tons of people dropping by to say hi. The most important meeting, however, would be between you and Tucker, head of the household. He rules with an iron paw and frequent requests for human food and strolls through Albany’s beautiful parks.

Tucker, in the tan coat, bossing around his buddies

Eventually, we’d peel ourselves away from the house to explore Albany. The first stop would be the Empire State Plaza, heart of the state government and center of bizarre Albany architecture.  South American guests may relate to the frequent architectural comparisons to the Brazilian capital of Brasília. The Plaza, which holds offices for 13,000 state employees, took $2 billion dollars and strong waves of controversy to complete. Critics sneered at the so-called fascist architectural style and human-rights activists were horrified when  9,000 low income residents were displaced to make space for the complex. 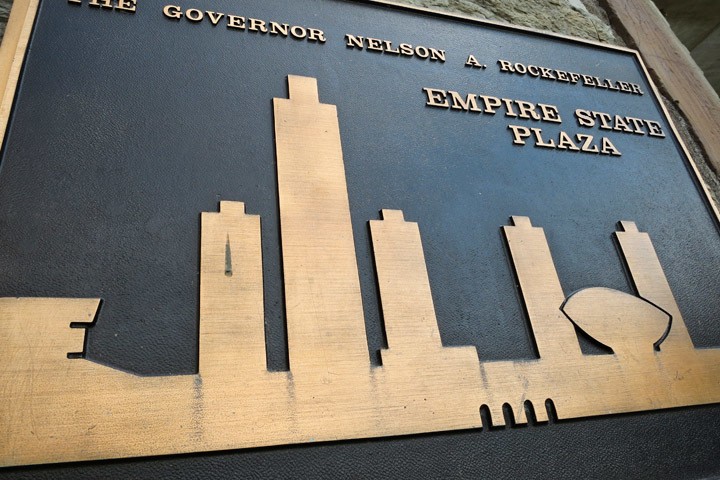 First I’d point out to you my favorite building, The Egg — the most iconic shape in the Capital District skyline. The Egg serves as a performing arts center, played the historic location of my senior prom, and even inspired a song called “The Egg” by the band They Might Be Giants. 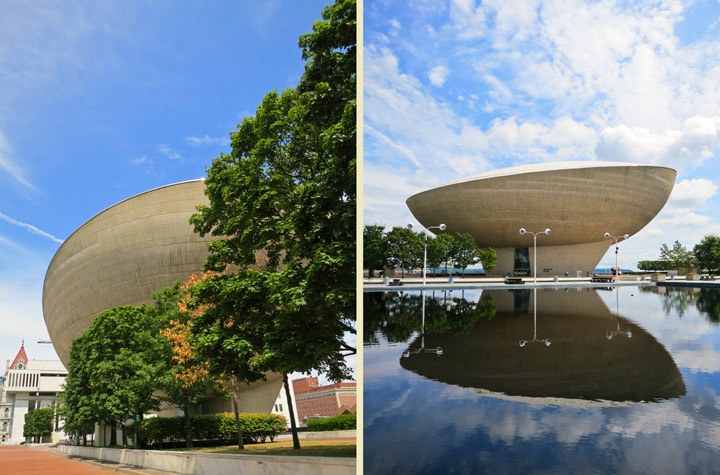 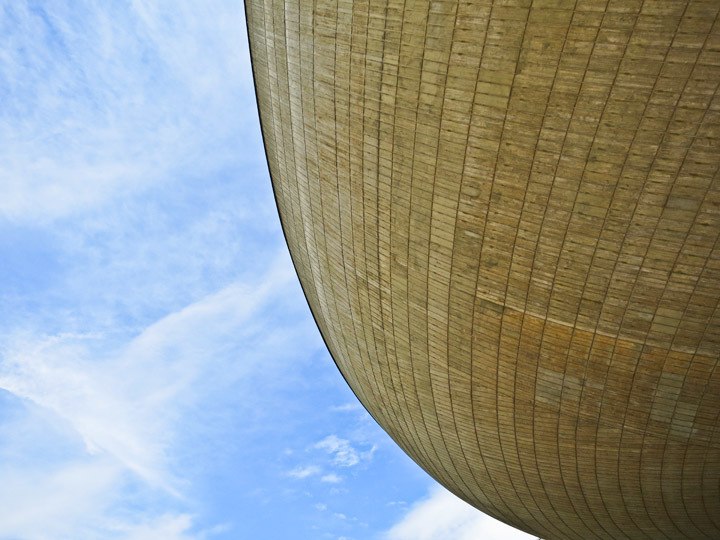 At one end of the Plaza is the State Capital, housed in a 19th century building. On the other end is the New York State Museum, home to an actual mastodon skeleton. If it turned out you were a major museum lover, I’d also take you to the Albany Institute of Art, which once hosted a retrospective of The Supreme’s greatest costumes. No big deal, but my parents then threw a party attended by Mary Wilson. Are you impressed yet? Have you booked your ticket? 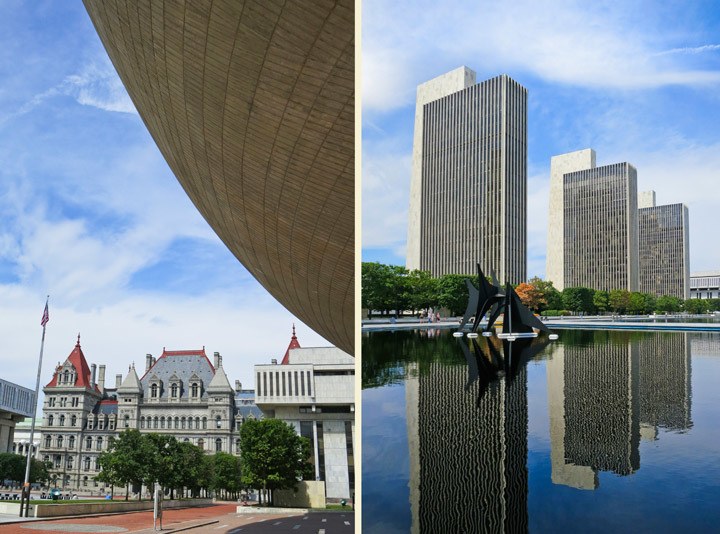 The State Capital on the left, Agency Towers 2-4 on the right 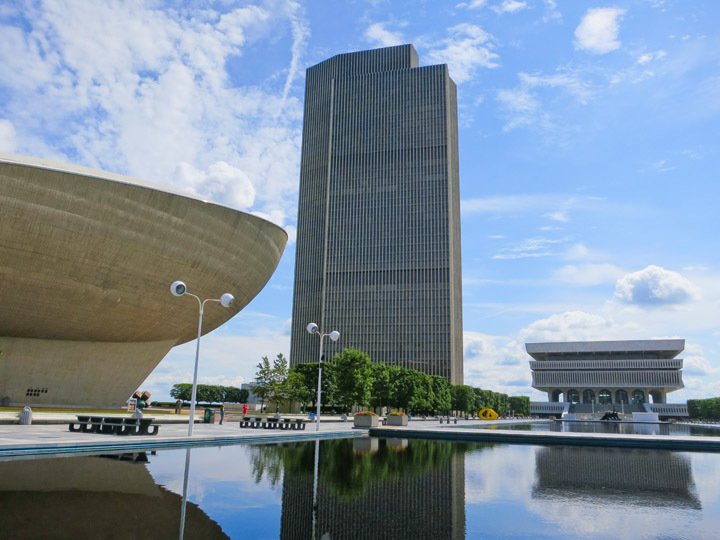 From left: The Egg, The Corning Tower, The New York State Museum

The highlight of visiting the Plaza is taking a trip to the Corning Observation Deck. I actually visited this landmark for the very first time this year, and I couldn’t believe I had gone my whole life without knowing about it. From the 42nd floor deck you get stunning views across Albany. 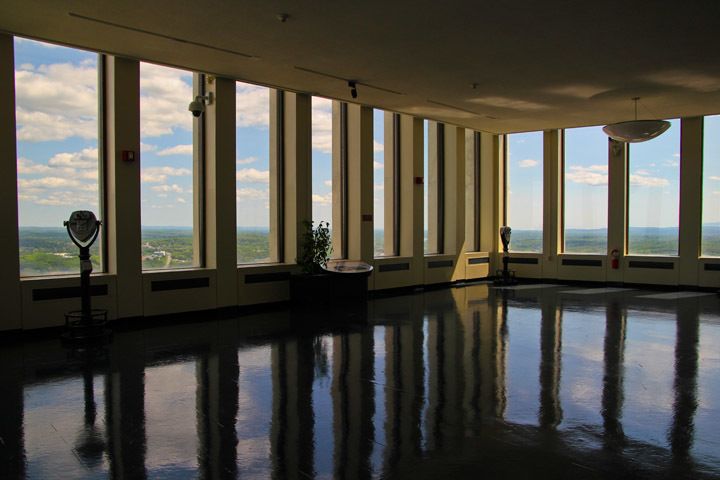 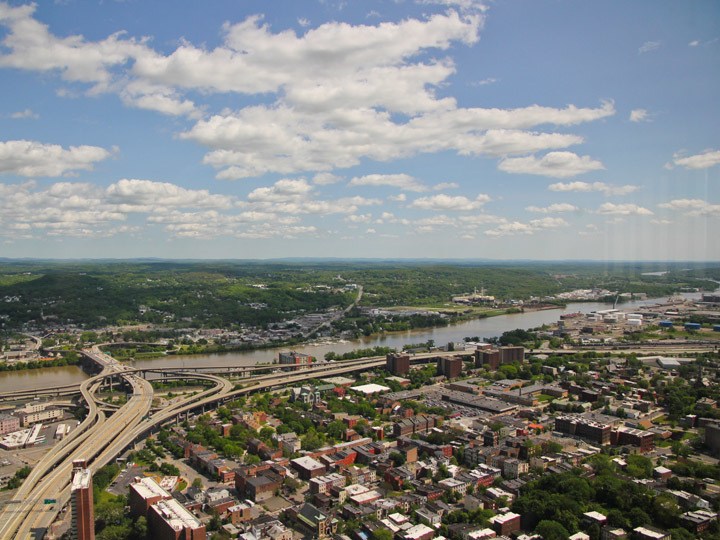 While there are a host of historic homes and other minor attractions available, summer in Albany is less about sightseeing and more about events and things to do. Albany has amazing events year round, like two of my spring favorites, the raucous St. Patrick’s Day Parade, (which I attended in March) and Tulip Fest. But in the summer things really come to life.

If you happened to be here on the biggest summer holiday, the Fourth of July, I’d take you back to the Empire State Plaza, ground zero for fireworks. But really, in the summer no holiday is necessary for a celebration.

One of the Capital Region’s greatest summer events is Alive at Five, a riverfront concert series every Thursday featuring free music, views of the water, and a way to unwind at the end of a long workweek. While the music selection changes weekly, you can always count on local vendors selling food and drinks, a great block party atmosphere, and the co-mingling of state office workers and SUNY Albany students as they both try to hide their flasks from the police. 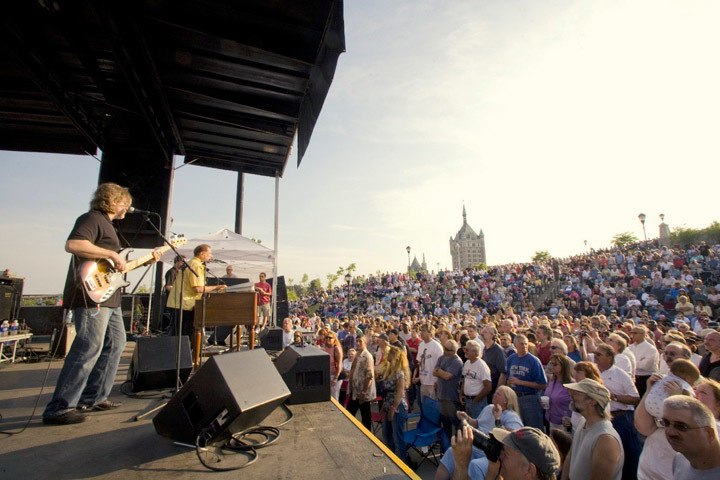 The summer calendar is bursting with local events, so I’d find out what my tour guests were into. Foodies will love the Albany Food Festival or the nearby Saratoga Beer Fest, while sports fans will enjoy watching the New York Giants training camp. And it’s just not summer if you don’t make it to one of the nearby county fairs and get your farm animal racing and cotton candy on.

[getting out of town]

What Albany residents really love about living here is the proximity to so many other great places. While downtown Albany’s Knickerbocker Arena (which I refuse to call the Times Union Center) hosts some pretty famous names year-round (I recently caught Cirque de Soleil’s Micheal Jackson Tribute there), the best place for summer shows is without a doubt the open-air Saratoga Performing Arts Center, or SPAC.

Saratoga, just 30 minutes north of Albany, is the place to see and be seen in the summer. During the day, everyone flocks to the racetracks the bet on horses and socialize. At night, they head to shows at SPAC or to the upscale bars and clubs downtown.

Lake George, a further half hour north, is another summer hot spot. Those lucky enough to have lake houses or boats, or to have friends with lake houses or boats, spend their weekends on the water. Other nearby diversions include Six Flags Theme Park and even the opportunity to try hot air ballooning.

Feeling active? I can bring you to Howe Caverns, one hour to the west, where we can negotiate underground caverns, or to Bash Bish Waterfalls, one hour south, where can hike up a trail to the New York – Massachusetts border and take funny photos of ourselves being in two places at once. At nearby Thatcher State Park, just thirty minutes away, we’ll find 12 miles of trails, including the famous Indian Ladder Trail and its excellent views.

So, at this point you’re probably a little bit starving. Albany will never be known as a culinary destination, and even if it were I would certainly be no authority on it. I relish just a little too much in the opportunity to hit up my favorite chains such as Boston Market, Macaroni Grill, Chipotle, and Bruegger’s Bagels (started in nearby Troy, New York!) Unfortunately I learned long ago that The Olive Garden is not considered an impressive place to bring guests (though I was amused to learn on my travels that TGI Fridays is a happening date spot in places like Glasgow and Istanbul).

Some of my favorite local finds include the new Dinosaur BBQ restaurant (technically now a New York chain started in Syracuse) situated on the Hudson River, and any one of Albany’s many Japanese hibachi restaurants. Really though, if you’re looking for a definitive guide to local dining in Albany, look no further than Metroland’s Albany Restaurant Guide. 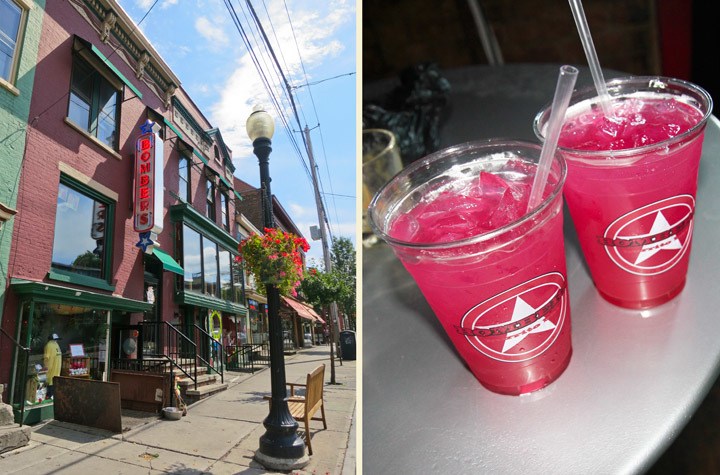 But as my guest, there is one place I would never let you leave Albany without trying — and that’s Bomber’s Burrito Bar, Albany’s strongest bid in its claim to hipness. Not only is the food delicious, but the drinks are great and the atmosphere is amazing. Mexican food with a side of hipster — You’ll be charmed, I just know it.

After we have dinner at Bombers, we’ll take a stroll down to The Spectrum, Albany’s alternative movie theater. Sure, we’ve got all the big box iMAX theaters at our mega malls, but the Spectrum is really something unique and special — and I’m a major movie lover at home and abroad. They play indie films you wouldn’t think would be available outside of New York City, and they serve cake and popcorn with real butter. The only thing better is the occasional trek out to one of the nearby drive-in movie theaters. 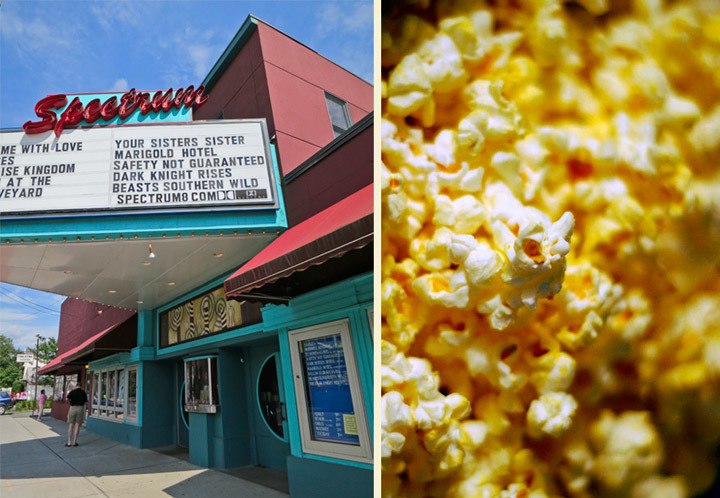 Once our movie gets out, it’s time for the nightlife portion of our tour. Albany has two main nightlife districts: Pearl Street and Lark Street. If you are looking for the equivalent of the stilleto and spandex clad Chelsea nightclub scene, look no further than Pearl Street. While many of my friends have outgrown this area, I still love to return every once and a while for an epic night of dancing at Jillians, Legends on Pearl, and Blue 82. 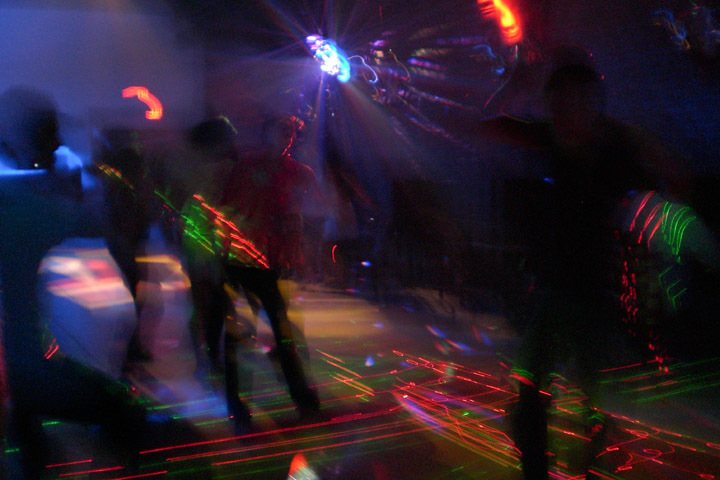 If you prefer a musical selection that does not include the American Top 40 and find groveling in front of a doorman to be demeaning, consider more of an alternative scene. Lark Street, only a few blocks north of Pearl, is Albany’s answer to Williamsburg: A place where people try hard to look like they aren’t trying hard. The street is lined with funky boutiques, tattoo shops, and happening bars. Most nights start at Bombers, then continue on a pub crawl of favorites like Justin’s, Lionheart, and DeJohn’s.

A more recent find for me has been river-based nightlife. In the summer I want nothing more than to spend every moment outside and so recently I’m loving The Rusty Anchor and The Riverfront Barge. Both are floating restaurants/bars that feature live music and dancing on the weekends. Another alternative is a straight up booze cruise down the Hudson on either the Captain JP (site of my Junior Prom!) or on Dutch Apple Cruises. Albany will never rival New York City for nightlife, of course, but I would never let my tour guests get bored. 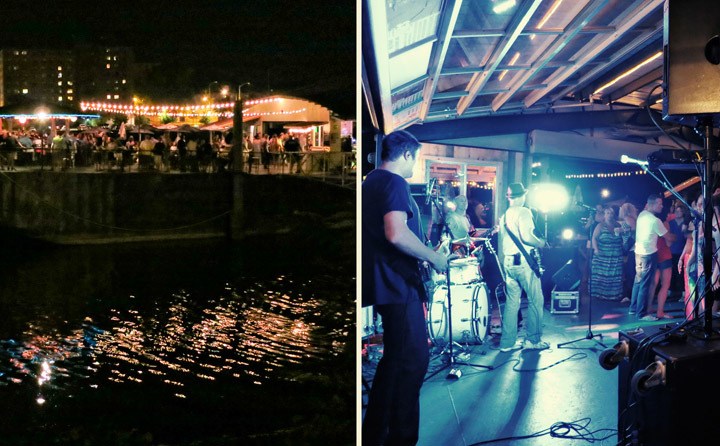 Do you think my tour will be a hit? I think I might have to come up with one for each season… it’s a whole different city in the fall!

Readers, where do you hail from? Do you love going back as much as I do?