The Seven Thousand Dollar Passport: An Adventure in Accidental Travel

I meet some pretty amazing people on my travels. I hesitate to start naming favorites, but lets just say that if I were to do so, my friend Wes would be somewhere near the top of the list. Wes and I met on Koh Tao and I knew we were destined to be friends when I overheard him answer the question “So what do you do?” with a Chang-fueled response of “answer emails.” We have since bonded over the fact that despite the differences of our professions, they both kind of boil down to taming the inbox. While technically Wes lives in Bangkok in reality he spends about three weeks a month on the road working at his job that I would tell you all about, except that (A) it’s a few genius points above my IQ and (B) then I’d have to kill you. When I wrote my post about forgetting my passport in Thailand, Wes laughed and raised me a losing-his-passport-in-Beirut, a teeny little travel snafu that cost him a cool seven grand. Over to Wes:

I didn’t mean to – I swear. But I have become a bit of a work-traveller. I take an international flight, on average, about every week and a half – and have done for the last 4 years. Before that, just one every few months – which I guess is still a lot. What’s that – 300 flights? Sounds like a lot. Maybe 200. Whatever. Last year I spent more than two weeks in the air – I mean actually flying. Well, actually asleep, drunk, or watching a movie on a little grainy TV. Maybe this is why Alex in Wanderland thinks I’ll have something to say about travel. I suppose I do – get good headphones, carry a little waterproof plastic container, always a knife and fork (I have some made out of aircraft grade titanium), and always buy spare batteries when you buy a gadget. Pack light, pack well, pack often. But you already knew that, and if you didn’t, you’d work it out after a few months on the road. 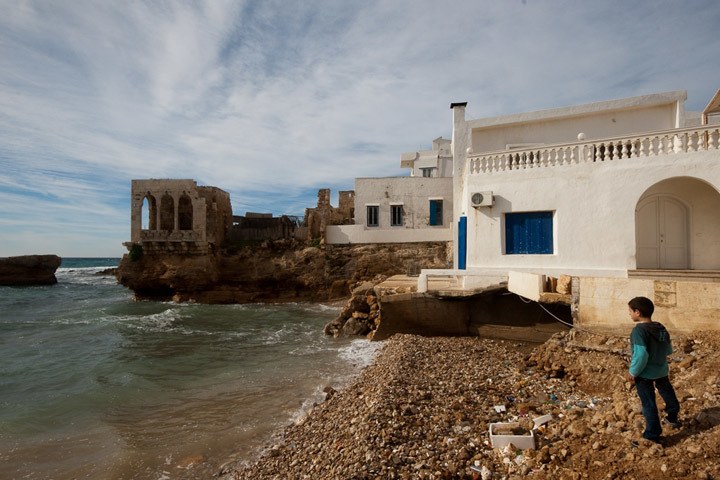 But I never really think of it like I’m traveling. Sure, I’m going somewhere – but I never think of it as a process in itself. It’s just accidental. A means to an end. But, I never really played sports, either, except for the time I accidentally became a pinch-hitter in the 3A state runners-up in a Texan High school baseball competition. And I didn’t mean to become a divemaster – Alex’s boyfriend at the time and his mates just told me it would be a good way to get some cheap diving in on the weekend. I certainly didn’t mean to get mugged in an Iraqi market – only to be rescued by Iraqi market-vendors throwing oranges and grapefruit at the bad-guys. If you’ve ever bought grapefruit in Iraq, you know at those prices, this is a gesture of great affection for foreigners. The week before that, I slept in the taxi rank of an airport in the same town. I didn’t mean to arrive in Kyrgystan while houses still burned after ethnic violence, and I definitely didn’t mean to be doing something like that every couple of weeks. I didn’t mean to be a PhD scholar. I didn’t mean to live in India for years, visiting Kashmir 8 or 10 times working up in villages that are the stuff of fairy tales.

No, I never meant to do any of this. I’ve been to 30-something countries, 25 of them more than once, and about half at least 3 times – and I’ve paid for precisely 3 of those trips. What I meant to do, I think, was get a degree and go to work. But I didn’t.

And I sure as hell didn’t mean to go from Damascus to Beirut for dinner one afternoon, and lose my passport, and wind up staying for 3 weeks and spending unholy amounts of money on the ordeal. My best guess on where I lost the identity document in question was at a bar while talking to a Lebanese-Japanese woman, where quite obviously I lost my brain. Or it could have been in the deep bucket seats of the 300 thousand dollar Porsche a perfect stranger let me drive around the block in. But anyway, I lost this passport. And it was good. 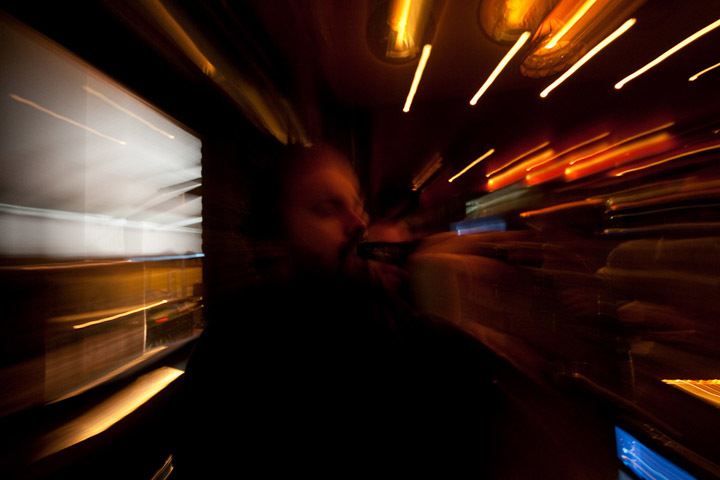 If you’re ever going to lose your passport in Beirut, the 29th of December is, in some ways, not the best time to do it. You may need your embassy to issue a temporary replacement, for example. But the embassies are closed, so no help there. Even the detectives are having a hard-earned break, and you need one of those to verify the police report – the one in which you verify in triplicate that you are a complete knob, and dropped your passport in a bar. And then early the next year, the courts open, so a judge can verify that. And by then the head of the security forces is back from the snow or Cancun or wherever he was, and he is able to add his signature to the stack of paperwork. Not, of course, before offering tea and cigarettes – and I mean – why not, you seem like nice kind of guy. And sure enough he was, and duly issued me with the necessary paperwork to apply for an exit visa, which would only take a few more days down at the Ministry of Stupid Foreigners Who Dropped their Passport in a Bar. This afforded me time to leverage my equity in a second hand Volkswagen and a record collection to first grab a kebab, and then buy some last-minute plane tickets back to Australia.

See, to make a bad situation worse, I lived in India at the time, and India only issues working visas in your country of origin, and only in proper passports, not temporary ones. Not to worry, just take some additional vacation time, work on the road, and catch a few Aussie rays. It would be worth the $3000 ticket, $1000 accommodation, $700 total passport and visa replacement costs (Australia has a punitive system for people foolish enough to lose their passports), a new ticket back to India, and whatever other sundry living costs including the aforementioned kebab. They call them ‘chawarma’ there. I mean, this is seriously exotic stuff. 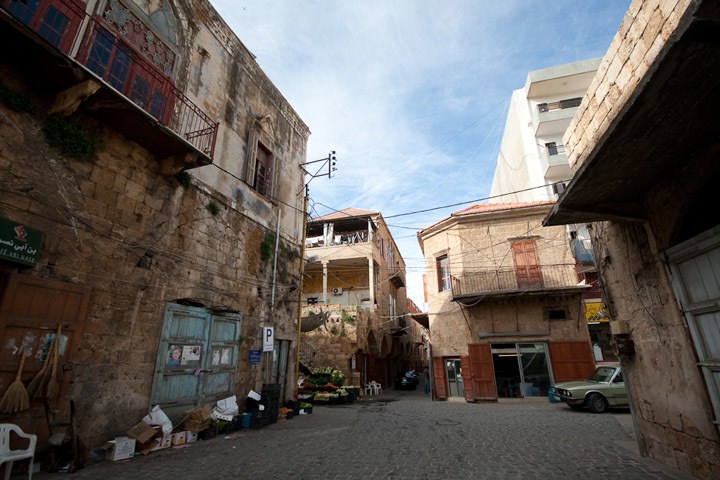 But all of this was fine. Expensive? Sure. But for that money I got to be temporarily stateless, completely dependent on the system, and just take a big dose of traveller humble-pie. I called in favours. The Australian Embassy employees were extraordinary. And as a thank you to them – here’s a public service message. If you’re a tool and lose your passport or get in trouble – they are doing you a favour. They are not obliged to bail you out, and you need to accept that the minute you set foot into a travel agent (or log on to one). They don’t have to pay for anything. They might – but they don’t have to. They are not a travel insurer or your mother, and do not have a chopper on standby to airlift you to the nearest Starbucks if you crave a berry mint frappe.

I called in more favours from Couchsurfing, who’s members took me to see a 3000 year old wall. It was at once the oldest and loveliest wall I had ever seen. I met their families, their dads, and their friends. I ate oysters off a rock. I saw New Year’s Eve fireworks with 100,000 people at the Place d’etoile downtown. I both discussed and avoided discussing politics. I ate Lebanese food which now jostles for my #1 spot with Japanese and Thai. And all of that was good. The best 3 weeks of statelessness seven thousand Australian dollars can buy. Alex does the detail stuff – all I will say is Beirut and Lebanon are amazing. Go there. Take care of your passport.

And now, more than 2 years later, I recall all this from a hotel room in Ouagadougou, Burkina Faso. Perhaps obviously, I didn’t plan to come here. So, if I’m a traveller, I’m an accidental one, and that’s ok. And I don’t know how all this blogging stuff works. It’s hard enough to keep myself entertained, never mind anyone else. But, if you’d like to know anything more about anything – perhaps this whole lost passport business which turned out to be pretty awesome, ask Alex, and she’ll ask me. I never meant to meet her, you know. It was an accident. 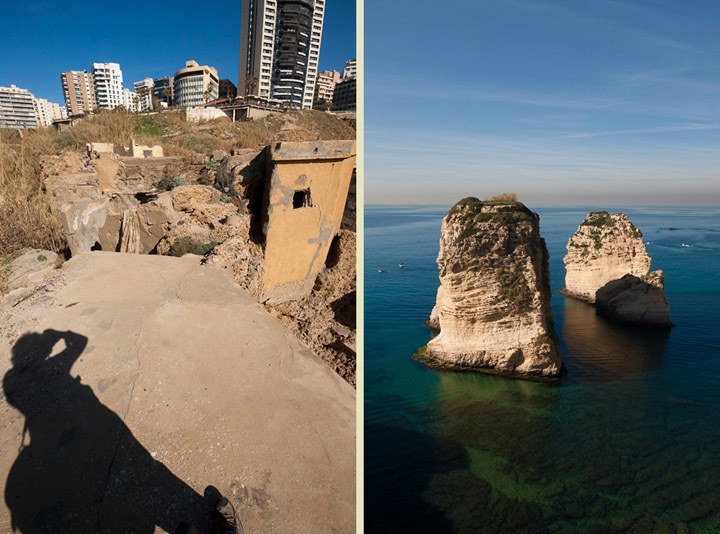 Wes is based in loosely based in Bangkok, from where he travels constantly for work and is heavily involved in the Couchsurfing community. In his copious spare time he heads to the Gulf of Thailand for a dose of diving and other underwater shenanigans. You can find out more about Wes here. All photos in this post were taken by Wes in Lebanon.