When I was a kid, my parents gave my sister and I an allowance each week, earned by doing our homework and basic chores. Our funds were kept in matching gray fireproof suitcases in the hall closet, and were divided evenly into three crumpled envelopes. One was for spending, one was for saving (the money in that envelope would one day be used to open my first ever bank account), and one was for charity. Giving generously was a given back then, and looking fondly to my parents, who are active volunteers and major contributors to local charities, I’ve always known it would be a part of my future as well.

It was at Burning Man last year, as I contemplated the idea of radical generosity, that I wondered about that middle bit between the hand-held giving of my childhood and the anticipated altruism of my hopefully-comfortable adulthood. When would that day come? When would I be suddenly be ready to start regularly giving away a percentage of the small sums of money I so painstakingly earn and so begrudgingly part with?

What about now? Could I give at this time in my life, when occasionally I feel like my own charity case? Could I give when, if it didn’t quite hurt, it strained somehow? I decided to try. 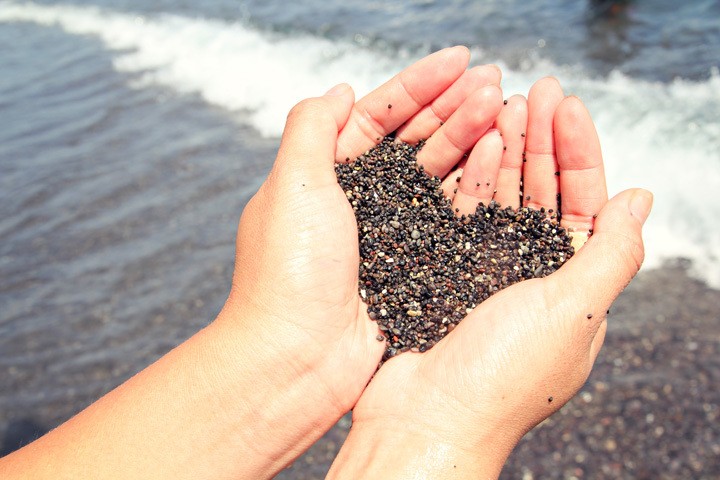 Though my exotic travels might portray otherwise, I live quite frugally and thought goes into every penny I spend. Example: My rent in Indonesia was $250 a month, and I didn’t have a sink in my bathroom. There are still months when I take a small hit instead of turning a small profit. I had been sporadically donating to causes that moved me for years, but the idea of a more regular commitment scared me. So I started small. I decided I’d give about $50 a month to a different charity for a year. Without revealing too much (RARE I KNOW), that falls within the American average for percentage of my income.*

When I first committed to making a monthly gift, I wondered if at the end of the year I’d feel resentful of the more selfish ways I could have spent the money. After all, the $600 I ended up donating over the past twelve months could buy a plane ticket somewhere pretty fun, or be a nice chunk towards the new lens I’ve been eying. But I’m relieved to report that I’m not quite as materialistic as I suspected — the only emotion I feel as I think about where that money did go is content. Though my donations have been extremely modest I’ve contributed to causes such as animal shelters in New York and Panama, to friends’ runs and walks for cancer, and to a social services organization my parents have been involved with since before I was born and that is a cornerstone of the community I grew up in. I’ve donated to the travel blogging community’s Passports with a Purpose fundraiser and I’ve donated to a group dedicated to preserving traditional culture in Hawaii. When Typhoon Haiyan struck, I donated to a rebuilding fund for Malapascua, an island I’d fallen in love with just months prior. Picking where my donation went each month become a rewarding — and dare I say fun — part of my routine, especially when I came across meaningful causes in my travels.

I’ve waffled endlessly about this post, and have curiously examined my discomfort with publicly writing about the subject — after all, I publish regular financial roundups that intimately detail my spending on food, entertainment and accommodation across my travels. Yet I’m mortified by the idea that someone might interpret this post as boasting, or giving myself a big virtual pat on the back. But no — I know I get just as much out of the deal in warm fuzzies (and what the hell, tax write offs) every time I donate. Obviously, as you’re reading this, I’ve decided to hit publish, both because philanthropy is a topic that fascinates me and because this time last year it was flopping around in my brain quite a bit, and Burning Man was the catalyst I needed to realize that the time for giving was not some mythical date in the future where I’d be financially secure enough to be throwing blank checks at every non profit in my path.

It just clicked that that time was now, and that I was ready for financial generosity to be a small but regular part of my early adult life and my modest business. Maybe one of you is looking for that catalyst as well and this will spark a discussion or a thought that will lead to a year of giving that as rewarding for you as my own has been for me. Or maybe you’re all super generous regular contributors to charity already and you’re like, “Duh, Alex, get with the program!” In which case, why are you guys doing everything without me and what are we wearing on Tuesday.

On a more serious note, long ago I had a conversation with my dear friend Angie, who has as giving a heart as anyone I’ve ever known. While the exact wording left me long ago, her sentiment did not — she assured me that she has given when it hurt, and when it was a struggle, and that in return she has always had a deep trust that it has and will come back to her when she needs it most. That idea, that concept of a karmic insurance policy, stuck with me and was another step on the path to where I am today with this.

My year of giving might be over, but a new one has begun. I can’t wait to see where it brings me.

Do you have a charity of choice? Let me know in the comments so I can check it out too! I’d love to hear your thoughts on how charitable giving fits into your life and travels.

*How many Americans regularly donate to charity and how much? According to The National Philanthropic Trust, 95% of Americans give to charity. How much is a harder question to answer. The average percentage of income gifted is between 3.1–4.5% according to various sources. However, the religious practice of tithing can greatly skew those statistics. Some organizations state that average percentage of income gifted to secular, non-religious charities is just 1.1%. Interestingly, the wealthier Americans are, the lower the percentage of their income they give.

Whaling in Iceland: My Plea to Tourists

Playing Well With Others: Traveling with Contiki

Why This Traveler Fell in Love With Solid Shampoo (Plus a Giveaway for You!)

Third Time’s a Charm to be Charmed by London Reuniting in the United Kingdom
63 Comments...