Recently, I was having the usual “getting to know you” conversation with another traveler – where we were going, where we’d been, etc. He asked if I’d seen much of Europe. I kind of curled my nose and said “No, not much….” before going on to rattle off a list that surprised even me: Spain, Scotland, England, Greece, Turkey and Iceland. I guess I’ve seen more of that continent than I thought!

The thing is, Europe has never captivated me in the same way that Southeast Asia or Latin America has. But the more I think about it, and the more I hear about it, there are European destinations that sit very firmly on my bucket list… 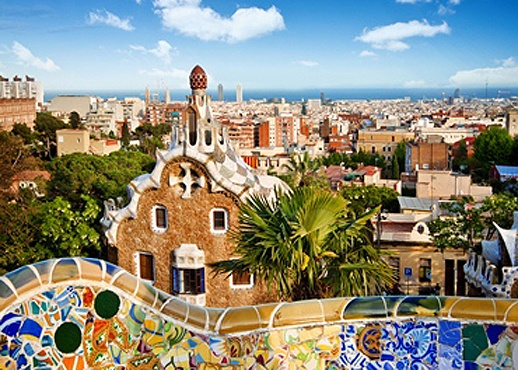 There’s something about Berlin – it seems to have found the sweet spot of cutting-edge design, hedonistic nightlife, and underground cool. I also have great respect for the city’s famous atmosphere of social tolerance and openness. I’d love to get lost in this bohemian city and get to know all it’s gritty and glamorous corners.

I’ve been to Spain twice – to Grenada, Costa del Sol, and Ibiza – but thus far the country’s most cosmopolitan city has eluded me. I’ve always maintained that in order to settled down somewhere, it would have to have some non-negotiable baselines: warm weather, a big city, and a nearby seaside. Who knows, Barcelona could be my someday-home! Not to mention, I am ecstatic any time I get a change to practice my español. Oh Barcelona, I can’t wait to meet you!

When I picture Amsterdam, I see myself biking joyfully through fields of tulips, walking with awe past the world’s largest collection of Van Goghs, and darting wide-eyed through the city’s notorious red light district. Adding to my wanderlust, one of my best friends from Thailand is now based here – and if I’ve learned one thing about travel, it’s that there is no better way to explore a new destination than with a local at your side.

What about you readers, what’s on your European bucket list?!

This post was brought to you by one of our valued advertising partners.

The Hipster Guide to Dublin

Discovering Stand Up Paddling in Kauai Photo of the Week 85
46 Comments...