Well hello there, 2016. A new year, a fresh start. The time for making ridiculously optimistic resolutions.

Join the gym. Eat healthier. Be on time more often. (No? That’s just me?) All mighty fine intentions, rarely carried through. Yet my good friends at Overnight — seriously, I know and love this crew — have made one resolution that I couldn’t be more excited about. They’re asking adventurers around the world to commit to travel. How great is that? Excited to pledge a New Year’s resolution I feel confident I can achieve, I enthusiastically signed up.

Here’s how I plan on keeping it. 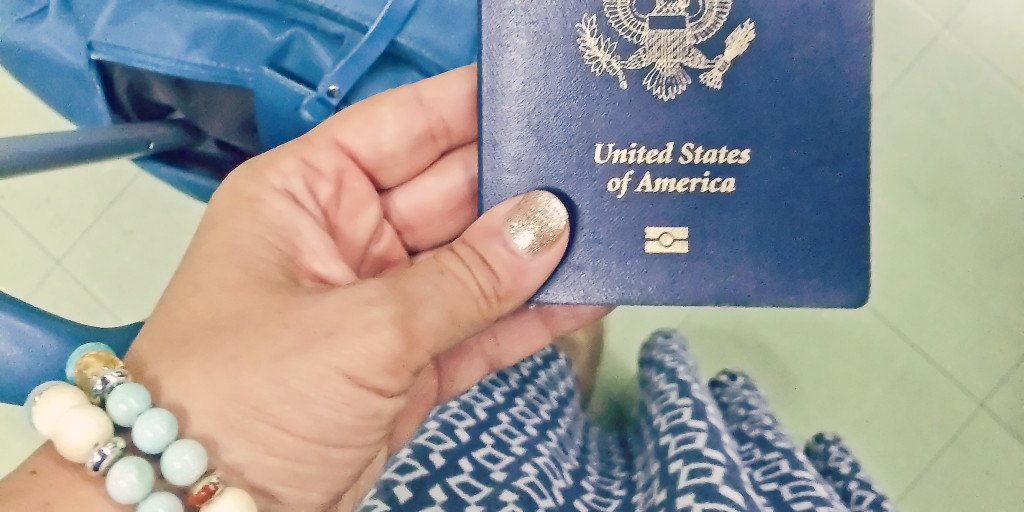 First, the big new. Guys. I’M GOING TO BRAZIL. I’m not really exaggerating when I say this is the trip I’ve been waiting my whole wanderlusting life for – Brazil first captivated my attention in high school and in the decade since I first felt gripped to go there, it’s remained at the absolute top of my bucket list. Yet year after year, I haven’t gone. Why? There were times when I felt like I didn’t have enough time, or didn’t have enough money. I also think in a way I was scared – I wanted to do this dream justice!

And in 2016, I will. Going to Tomorrowland Belgium in 2014 was a highlight of my travels. So when perpetual travel buddy Heather proposed we make our way to the second edition of Tomorrowland Brazil in 2016, it was an impossible proposition to turn down — and with tickets in hand, we started building a trip around it. Suddenly, the dream is becoming a reality. Brazil and I are having our moment. 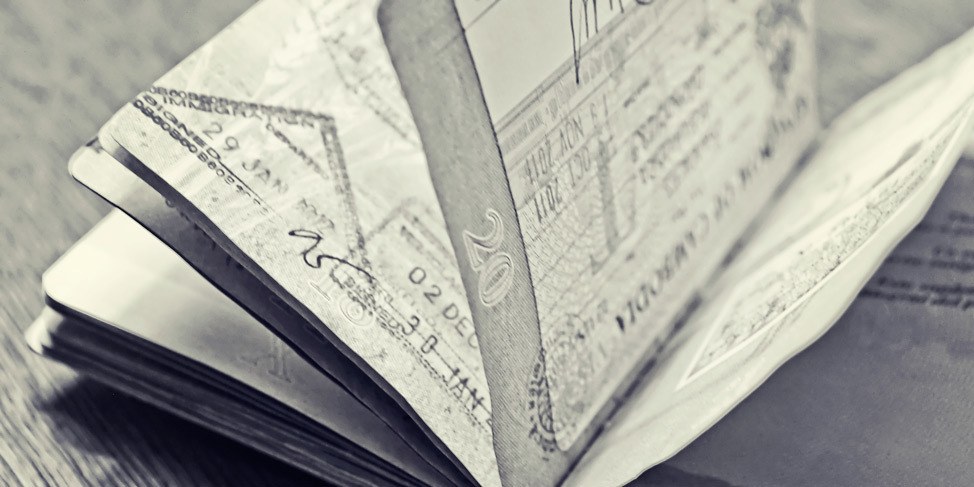 Of course, that’s not my only destination on the docket for the year ahead. Here’s what I’m looking forward to in 2016!

Jan-April // Thailand (and beyond!)

My year is kicking off low key – just the way I like it. I’ll spend the first three and a half months of 2016 in Koh Tao, where I’ve been since October. I’m super excited to use this time to continue getting back in shape, geting ahead on work, and just soaking up every second of stillness before things get crazy again. 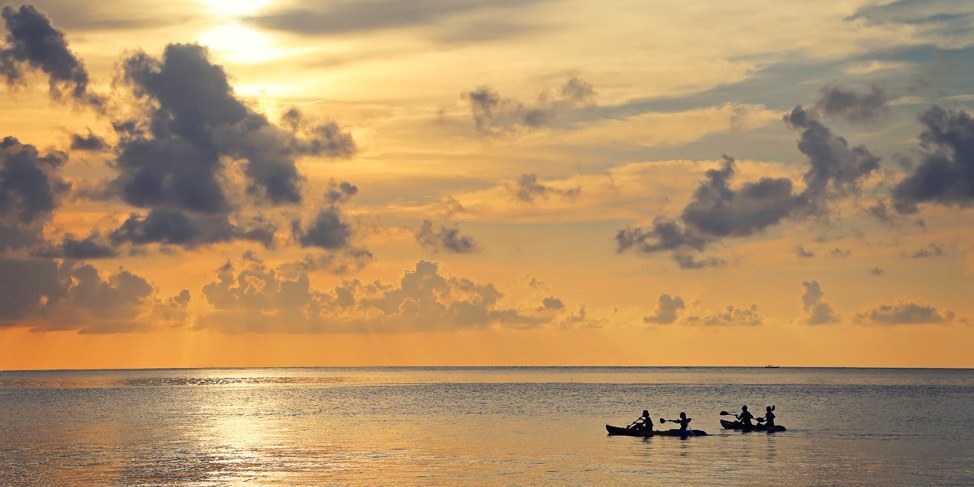 Of course, I am a travel addict after all, and so even this period of self-imposed downtime is dotted with bits of travel. On the docket are trips to both Khao Yai and Khao Sok National Parks, a weekend getaway to Thailand’s wine region with a big group of friends, two trips to Bangkok, and quick separate jaunts to both our neighboring islands, Koh Phangan and Koh Samui. 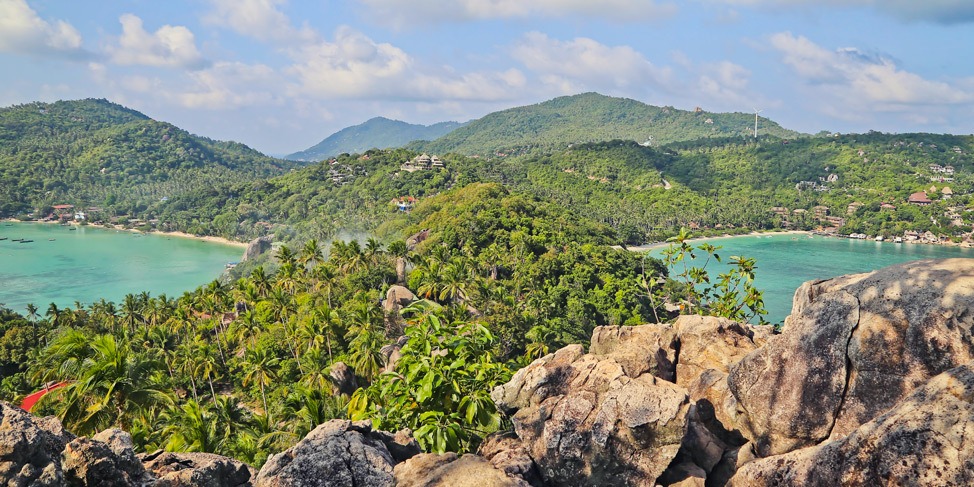 I also have to leave the country one more time for visa purposes, and while I could do a quick bounce to the Burma border I am looking at possibly heading to Penang, Malaysia for a long weekend instead. I haven’t been to Malaysia in years, and Penang is just a quick direct flight from Samui, where I plan to be anyway for a midnight fun run. Some of you may remember that I had big plans to visit Burma early this year. Unfortunately, that trip is once again postponed indefinitely – long story for another post. This one is about the places I am going! 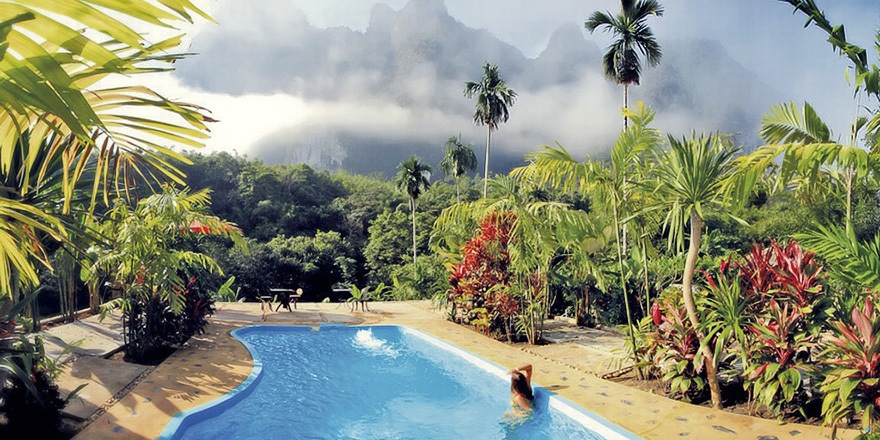 I’M SO PUMPED ON THIS. I can’t wait to listen to all the samba music, eat all the açaí, drink all the caipirinhas, and lay my cheesy Brazil flag towel on ALL the beaches. And, of course, return to Tomorrowland! 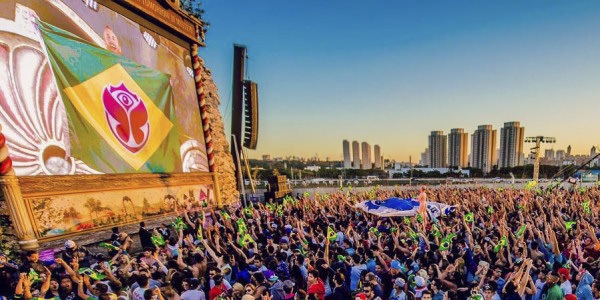 Brazil is the fifth largest country in the world and so clearly I have no plans to cover all of it in my five to six weeks there – or even come close. After much research and soul searching, we’ve more or less settled on a route. We’ll be kicking things off with the festival, buffered by some time in Sao Paulo prepping for and returning from it. After, we’re going to recover with a crawl up the coast to Rio, hitting several of the country’s top beach destinations en route. Finally, we’ll hop a flight to Iguassu Falls for one last hurrah before Heather heads home.

Due to the cost of traveling in Brazil (a little higher than its neighboring countries) and the shorter length of our trip (LOL, I know) this will likely be a pretty well-planned trip before we touch down. We just don’t want to waste our time on the ground deciding things like where to stay, or worrying about things like the cheap domestic flights getting snapped up before our arrival. 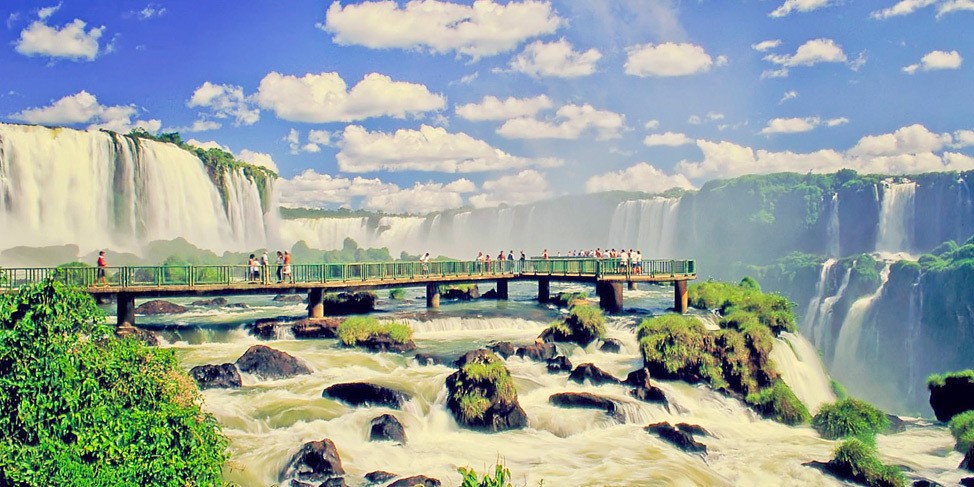 For the first month-ish, this is what we’re up to:

Seven destinations in just over four weeks has this currently stationary blogger feeling frantic, but we don’t want to cut anything more than we already have, and some of them are shorter stops (Tomorrowland is four nights, and due to the internet situation we can really only stay in Ilha Grande for three or four as well). That said, we are still pulling together the details on this and I’d LOVE hearing from you guys in the planning stage. Have you been to any of these places? What did you think? How many days did you spend and did it feel like enough? Please spill all in the comments — I’ll be taking notes!

After Heather heads back to the US, I’m considering staying on for another week or two. However, I’m fairly undecided about where to go. Based on the time of year and what’s logical and easily accessible from my starting point, I’ve narrowed it down to:

I’m very hung-ho about visiting Brasilia (I grew up hearing it compared to my hometown of Albany for their bizarre shared architectural syle), and then pretty much plan to choose to visit either Campo Grande and Bonito or Cuiba. The Pantanal in particular has me baffled and so anyone with first-hand experience, I’d love to hear from you!

Overall, I think we’ve got a great itinerary planned — some idyllic beach towns, some dynamic cities, and a heavy hit of natural wonders. Want more? Check out my Brazil Bound Pinterest board for all kinds of Brazilian eye candy. 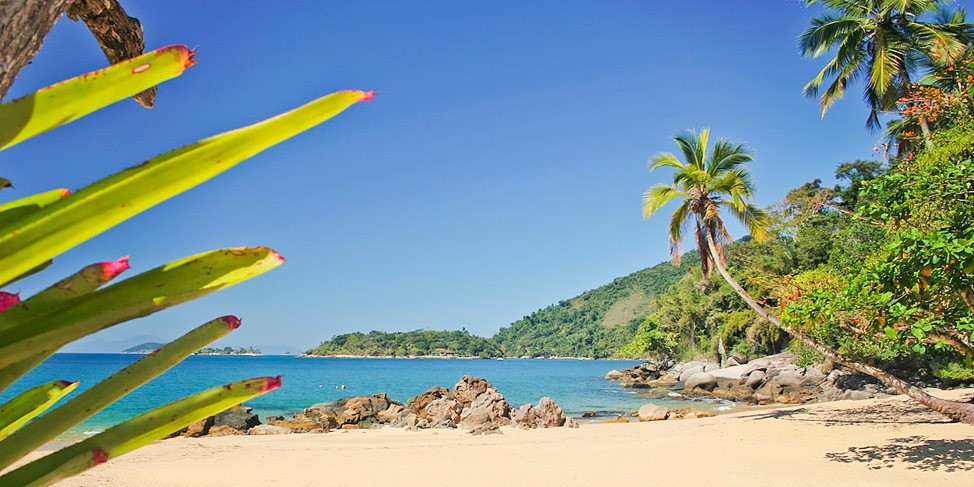 If you’ve spent much time around here before you’ve probably picked up on the fact that I love spending my summers stateside. This one will feature the usual suspects of New York, California, and Massachusetts (home bases for the Allen-Baackes clan), though I’m also trying to work in a trip to Chicago to see family and a first-time trip to Seattle to see friends. I have grown to truly cherish my domestic travels, and really look forward to this time. 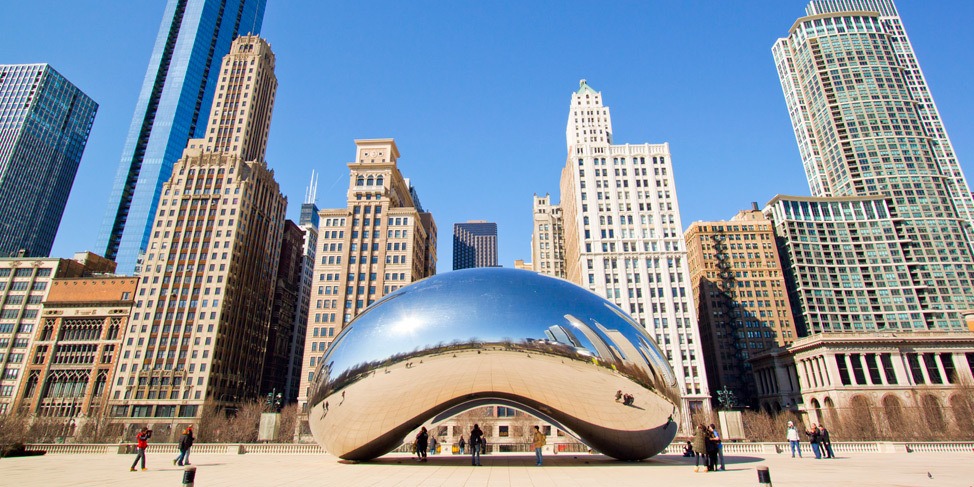 I’m also flirting with two possible international trips. One to Newfoundland, which I planned to visit last summer but scrapped after waiting too long to pull the trigger and accepting the reality of astronomical flight prices and too tight of a schedule. The other potential jaunt is a journey to Scandinavia to attend TBEX in Stockholm and visit a friend in Helsinki. This is one of the few regions of Europe that really captures my imagination, but it would be a pretty frivolously expensive trip, so whether it pans out or not will depend on finances and flights – and how the rest of the summer fills up. 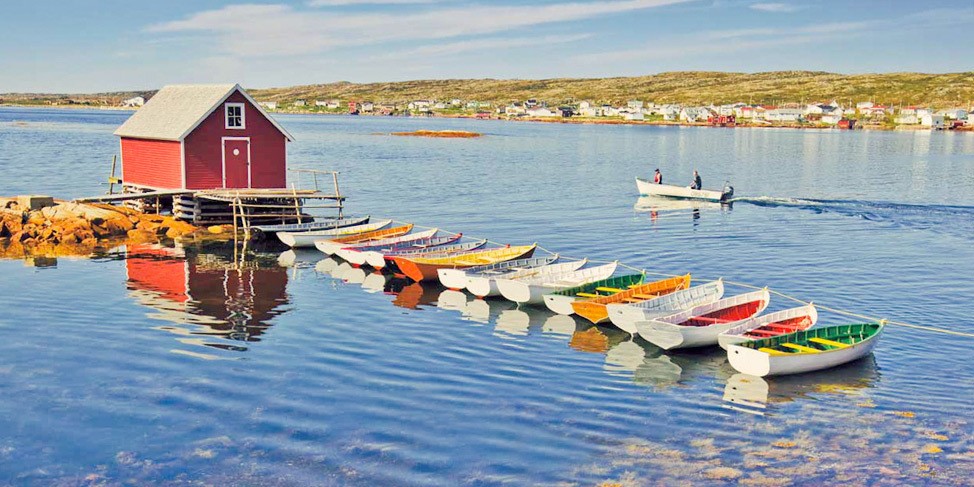 This is so far away it’s silly to even attempt to nail down where I’ll be. I’ve got a ton of events on the calendar (in pencil!) but am not sure which ones I’ll attend or what might fill in in between –TBEX Asia in Manila, Thanksgiving in New York, DEMA in Las Vegas… we’ll see how it all shakes out.

One thing I do know about this period is that I’ve blocked off election day and the three weeks leading up to it off in my calendar — with my little sister working on a big campaign, my mom and I have decided that we’ll dedicate those last three critical weeks to knocking on doors, handing out bumper stickers and volunteering at polling places. I have a history of getting chocked up at the polls, and so I can’t wait to get more involved in the democratic process! 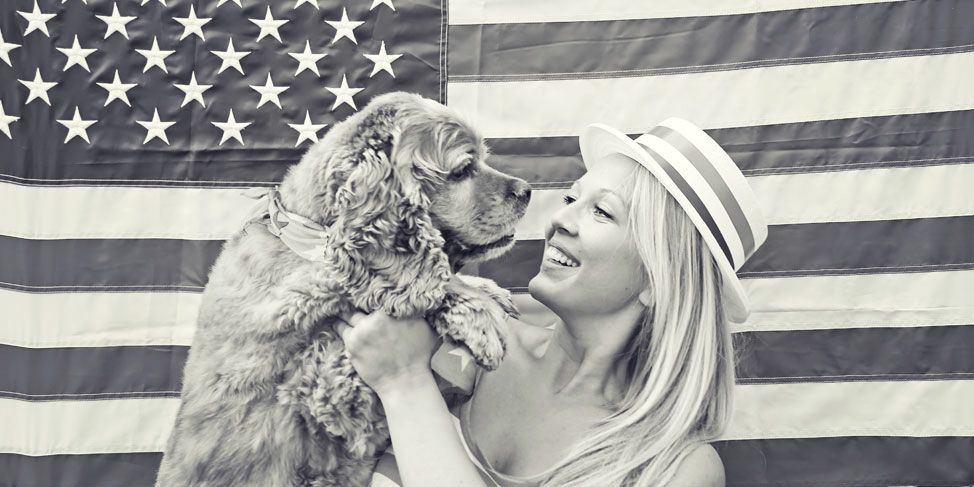 So that’s what’s on the docket for 2016. Much of it in pencil, little of it in pen. One – maybe three – new countries. A new state. A few months of familiar old favorites, a few months of wide-eyed exploring, and a few still up for grabs. One traveler buzzing with excitement for the year ahead.

Is this your year? Again, my friends at Overnight are asking adventure lovers around the world to make the pledge to travel more in 2016. I don’t know about you guys, but like I said — that’s a New Year’s resolution I can get behind. 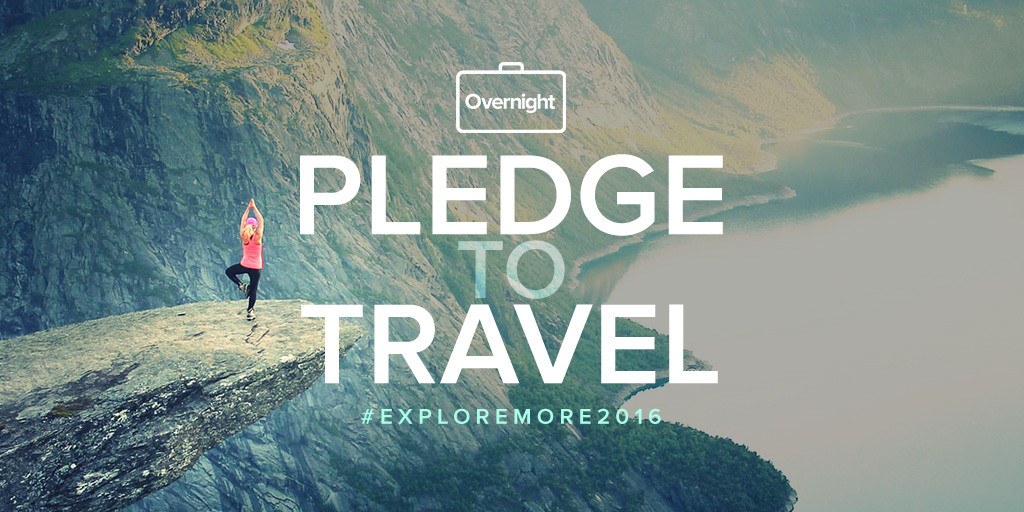 I understand how easy it can be to let work, money, fear and other obstacles get in the way of your wanderlust. But if you’ve been itching to make travel a bigger priority in your life, make this your year. Whether it’s a weekend trip to visit a friend in a nearby town or the international adventure you’ve been dreaming about for a decade, take the leap. Join the community and use the hashtag #ExploreMore2016 to stand with me in pledging to:

Take a trip with my best friend.
Have breakfast in one city and dinner in another.
Live out of a bag for a few days. Eat where the locals do.
Watch a sunset every week.
Learn how to say ‘Cheers’ in three different languages.
Say yes to unexpected invitations.

I can’t wait to hear what you think of my announcement, and absorb all the brilliant travel advice I’m sure is coming my way (you guys always give me the best tips and tricks.) More importantly, I want to know about your upcoming travel plans and dreams — let me know what you’ve got on the docket! 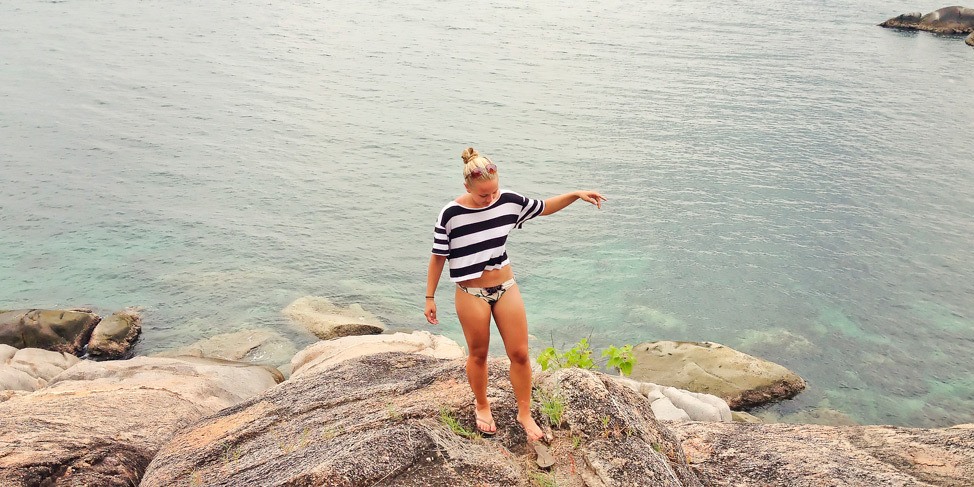 This post was brought to you by Overnight. If AirBnB and HotelTonight had a baby, Overnight would be their bundle of joy.

The Odd Sensation of Returning Home

Her Maine Squeeze: A Wedding at Live Well Farm

Spring in Albany Part II: April Showers and May Flowers

Crushing on Cape Panwa: Phuket As It Once Was Exploring Phang Nga Bay from Phuket
152 Comments...