New Orleans from Above 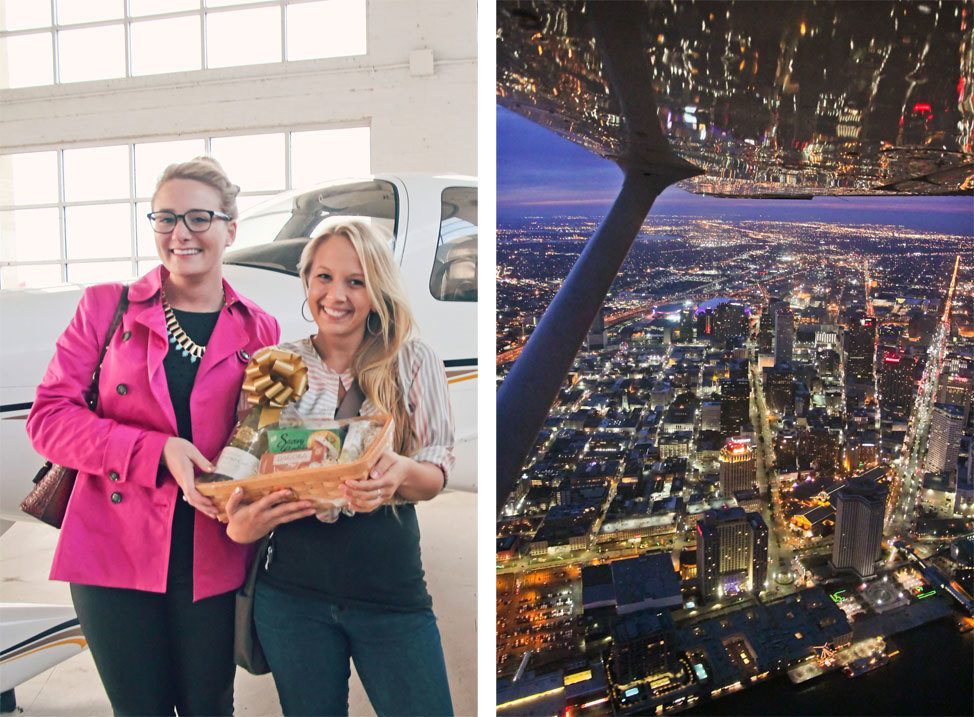 The weather was somewhat moody throughout my visit, and our VIP Sightseeing Flight got bumped back until it could get bumped back no more — my final evening in the Big Easy, just hours before I had to board a much bigger plane pointed towards Florida.

But as soon as we arrived and were handed our basket of white wine, cheese, crackers, and gourmet chocolate, all scheduling stress was very quickly forgotten. 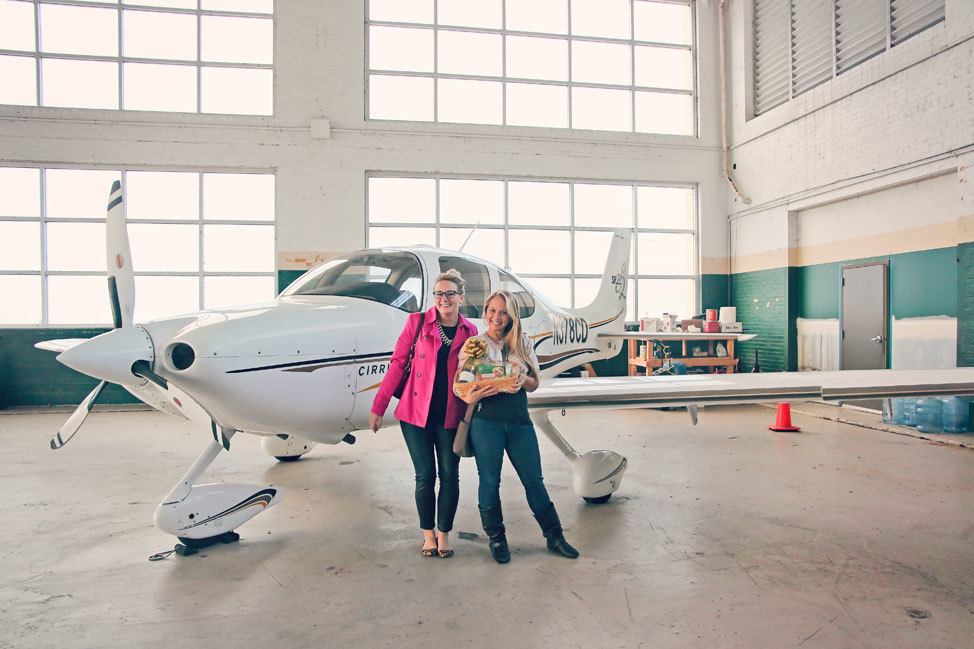 I was joined by my sister and her friend and fellow teacher Taylor, who were as pumped as I was about seeing their city from the air. We were also just a tad bit anxious — while I’ve been lucky to take quite a few air tours in my day, I find small planes slightly more intimidating than their helicopter cousins.

Good thing we had that wine. 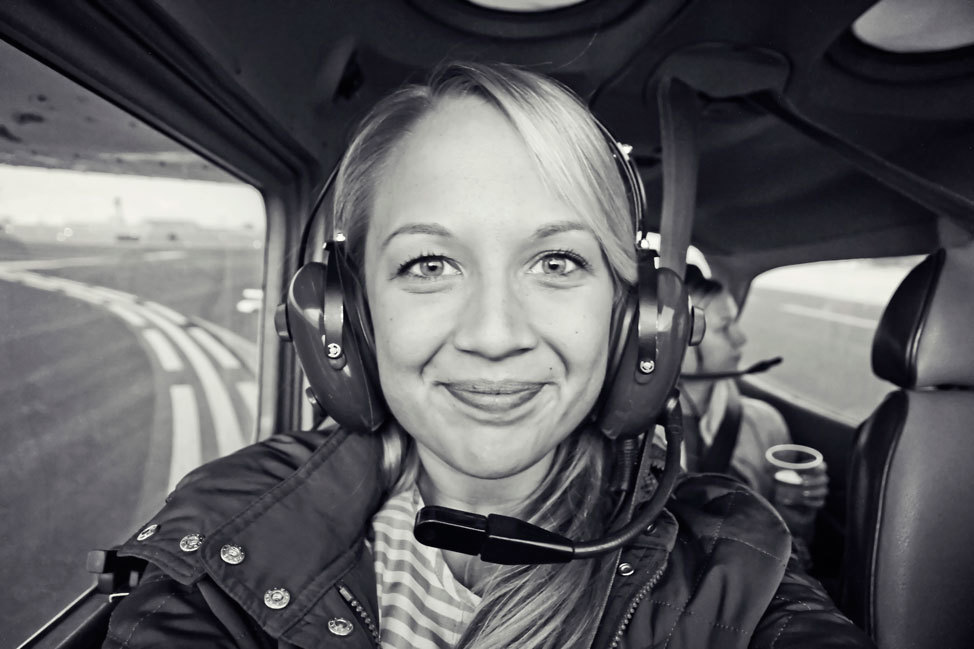 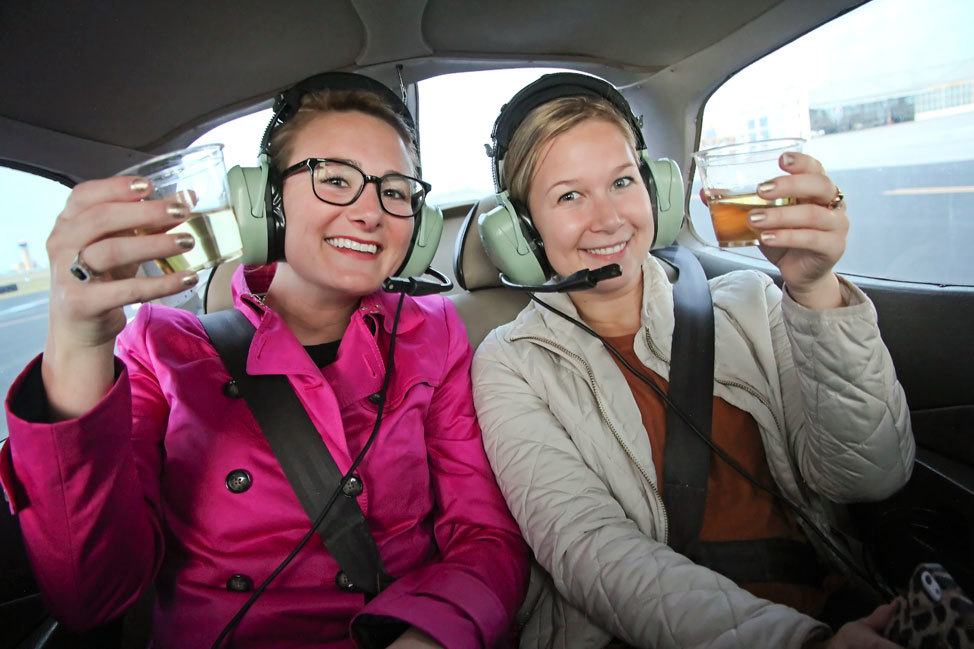 Our pilot picked up on our jitters and greatly enjoyed joking through his thick Louisiana accent about being honored that we were his first ever guests as head pilot. I laughed at first, but by the third time he made a joke along those lines I was actually getting ready to start asking for credentials.

But soon, there was a city unfurling below us to offer distraction. There were the lingering ravages of Hurricane Katrina — a Six Flags park that was flooded and abandoned, its star attraction roller coaster still half underwater; errant boats overturned and forgotten. Later, my research revealed that the eerie Six Flags remains have found new life as a movie set for films like the upcoming Jurassic World. 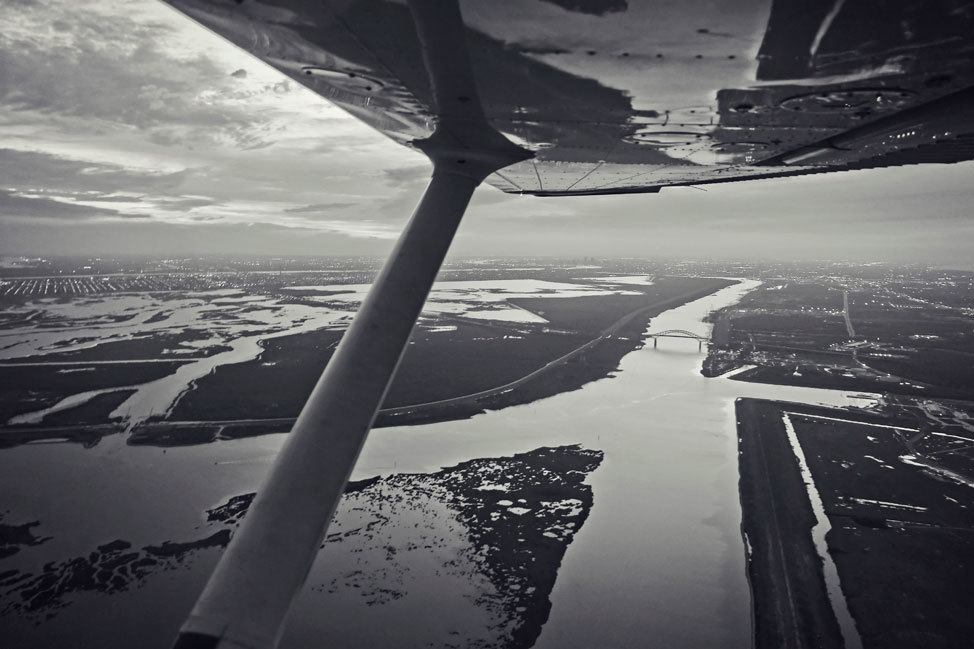 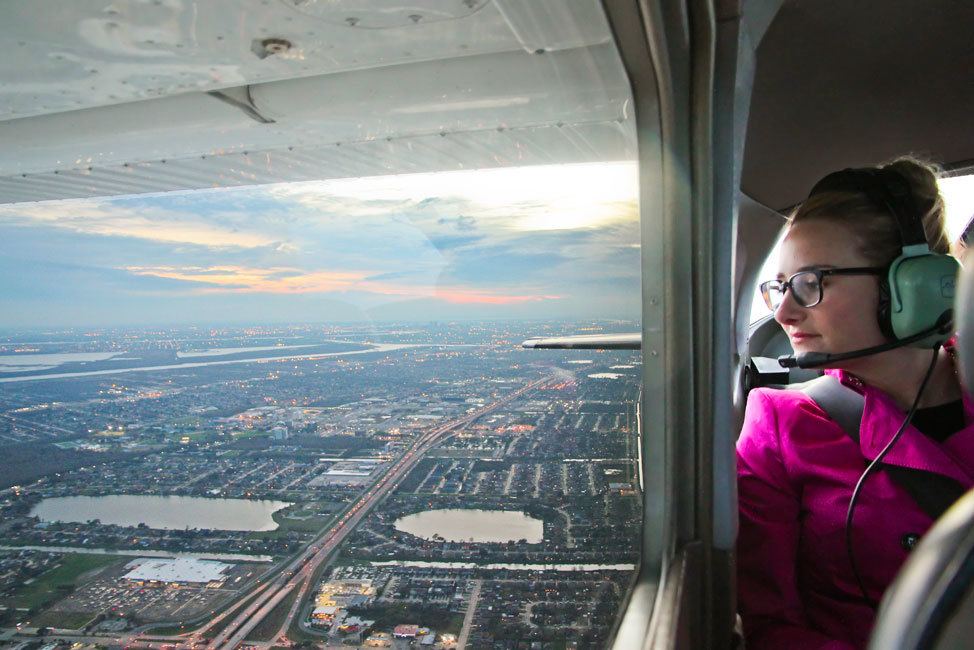 We timed our forty-five minute flight to take in the sunset, which we hoped would allow us to get a taste of both the daytime and evening flight options. It turned out to be a spectacular choice — the city was undoubtedly more attractive lit up for the evening, and the dusky, muted sky allowed just enough light for photographs. 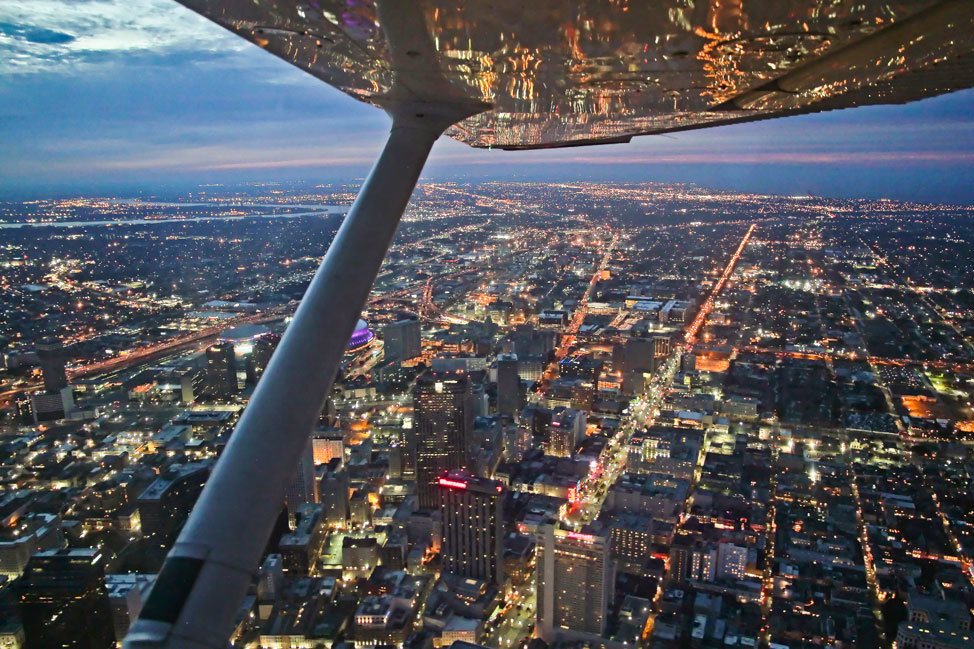 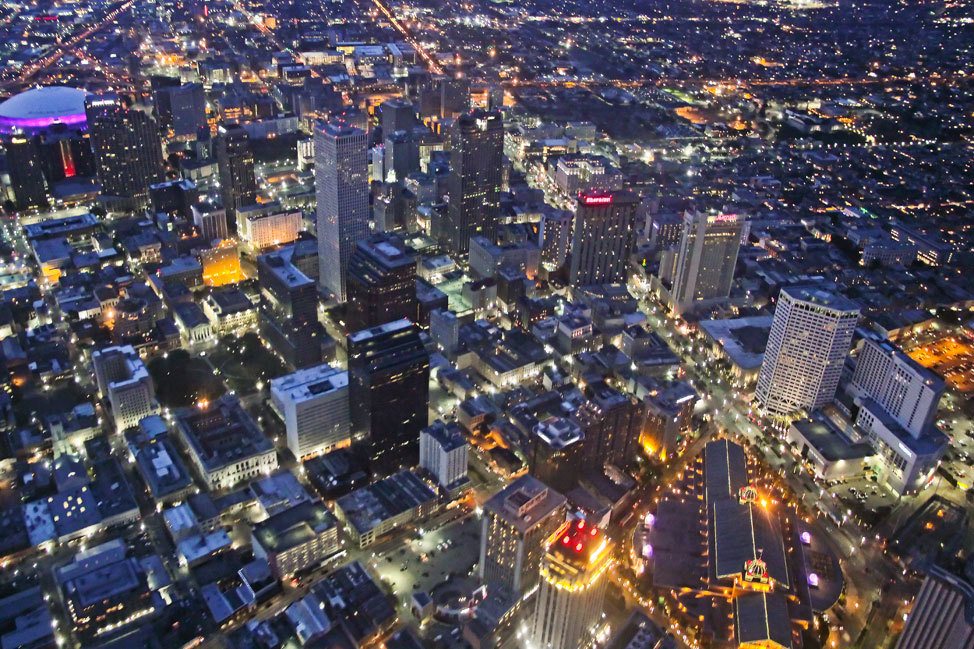 New Orleans is not a city with a distinctive skyline — it’s most famous district, The French Quarter, looks like nothing more than a dark rectangle from the air. But Downtown danced with life, and we squealed at the sight of the Superdome.

At one point, to Olivia’s loud protests, I even took control of the plane. Feeling the plane respond to my commands, even for a brief moment, was thrilling. 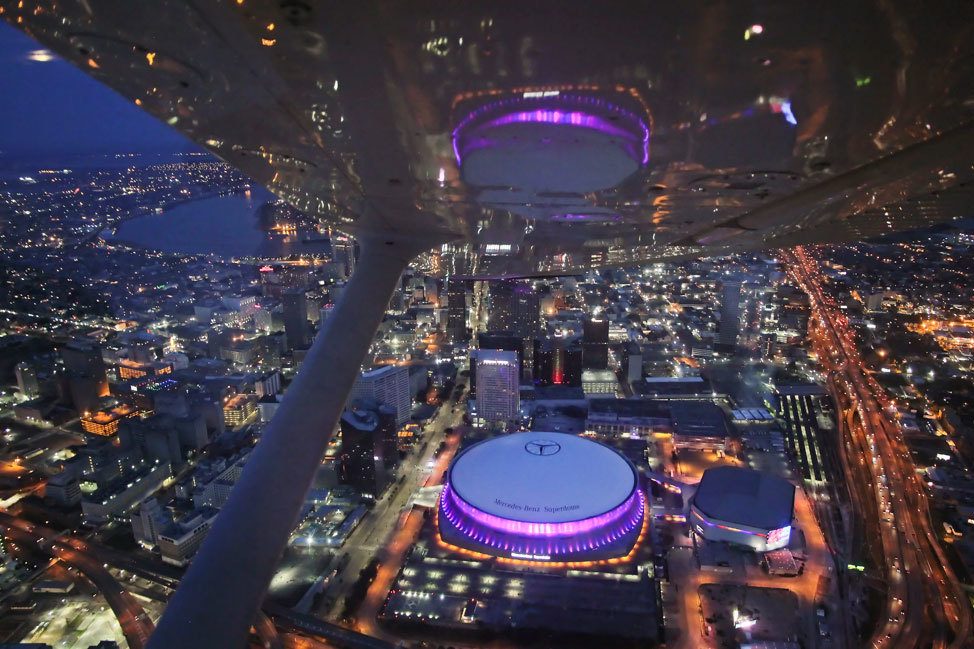 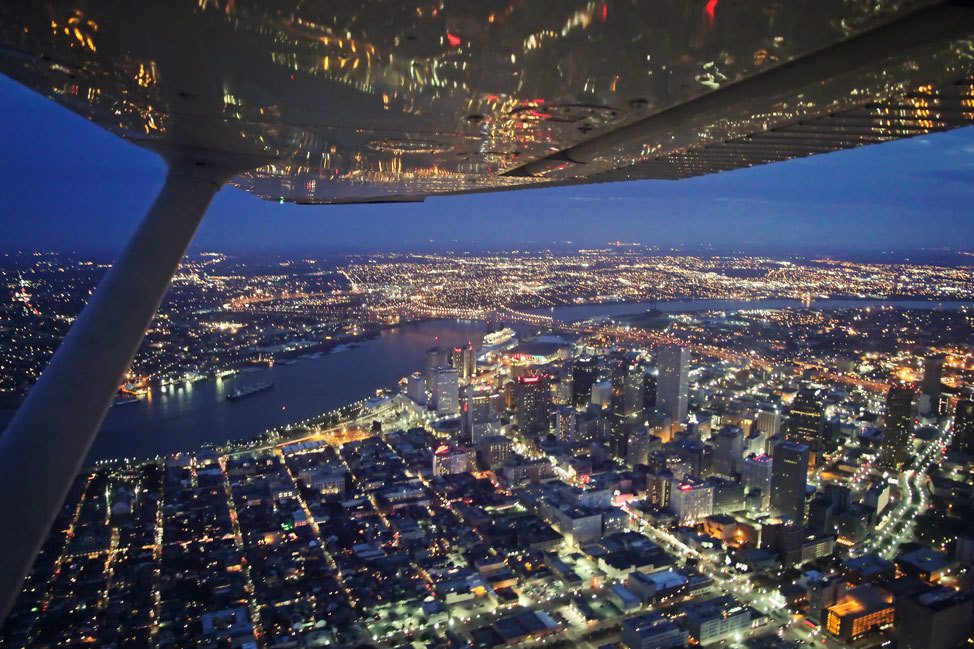 Towards the end of the flight, the pilot asked us if we liked rollercoasters. We hesitated at the question, suspicious of what action our answer might trigger. He tried another tactic. “Do you trust me?,” he asked, and we grudgingly admitted that by this point, having been safely navigating over the city for the better half of an hour, we did indeed.

And then the intercom filled with ear-piercing shrill screams, as we reacted to the wheel jamming down and then sharply up, the plane’s trajectory suddenly taking on the path of a track-less roller coaster. It was one of the greatest adrenaline shots of my life. 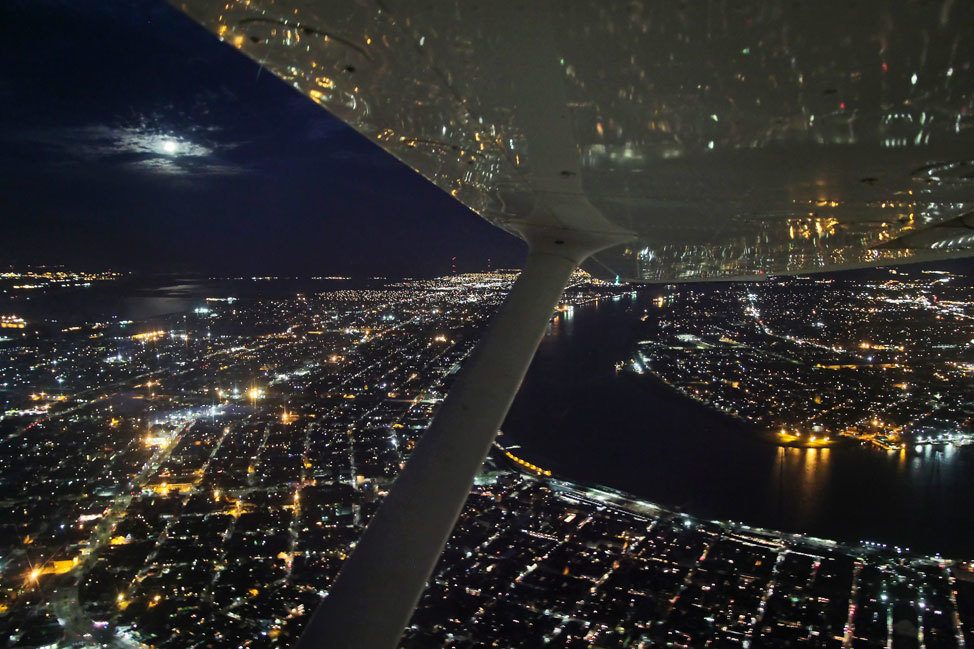 Making our way back to solid ground, we cracked up when we realized Taylor’s was one of the many voices blaring landing coordinates over the intercom. “Whisky, tango, foxtrot,” she mumbled into her headpiece. To our laughter, she looked bewildered. “Haven’t you always wanted to say that?”

And we had one more surprise upon landing — The New Orleans Lakefront Airport lit up in all its Art Deco glory. Later, while poking around on Instagram, I discovered that there’s actually a fully restored café inside — a must do for my inevitable return to the city. 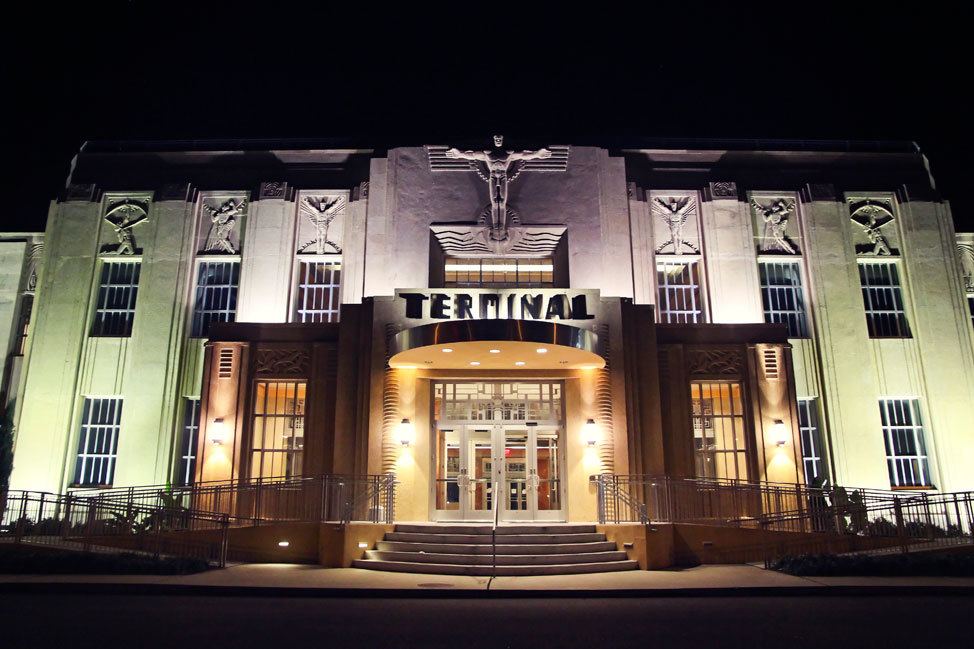 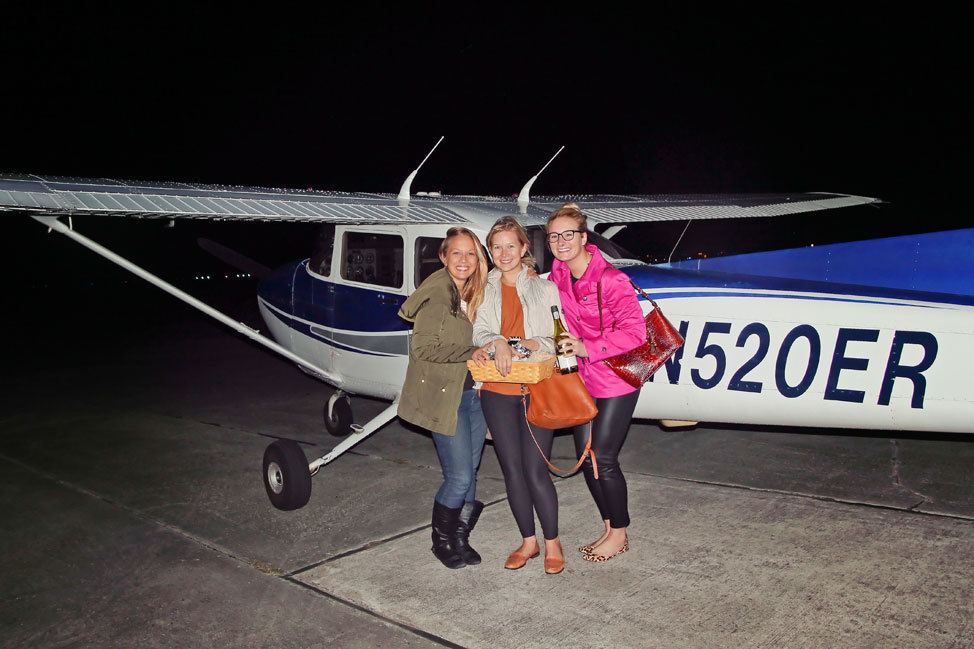 Whether you’re a first time visitor or a long time veteran of New Orleans, I can’t think of a better place to toast to the city than from hundreds of feet in the air above it.

Lots of love, New Orleans — see you next time!

Sippin’ and Kickin’ Around Keuka Lake

Diving on the Big Island