One Last Night in Rio: Retreating to Copacabana To Plan My Next Move

Making the spontaneous decision to cancel our trip to Iguaçu Falls was the quite possibly best call I made in all of Brazil. Within seconds of deciding to skip our flights and spend two leisurely extra nights in the State of Rio de Janeiro instead, I felt a weight lift off of me. But I still had one major decision left to make: where to spend the last leg of my trip, after Heather’s departure left me solo.

I’d been waffling big time. I fully intended to make a decision before I ever arrived in Brazil, but kept putting it off and putting it off until literally less than twenty-four hours before Heather’s departure. After a blissful bonus night in Buzios, we’d decided to spend our last night and day together in style — splurging on a night in a beachfront hotel in Copacabana. For about $80 each we’d have a rooftop pool overlooking the beach, a fancy hotel gym, a lavish hotel breakfast, and welcome champagne — sold! We’d never actually made it to Copacabana Beach over our previous week in Rio, favoring Ipanema instead, so we were excited to see what all the fuss was about. 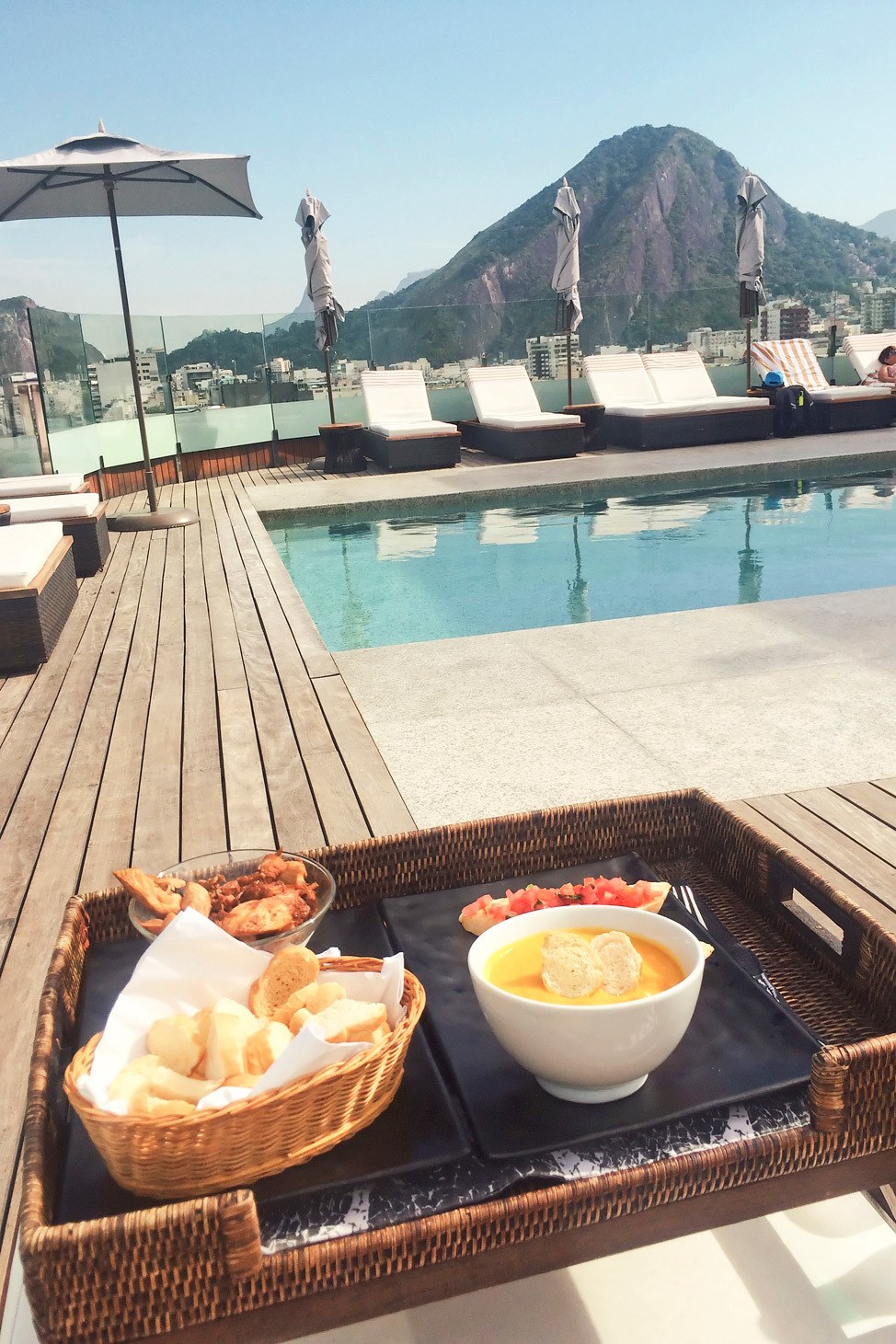 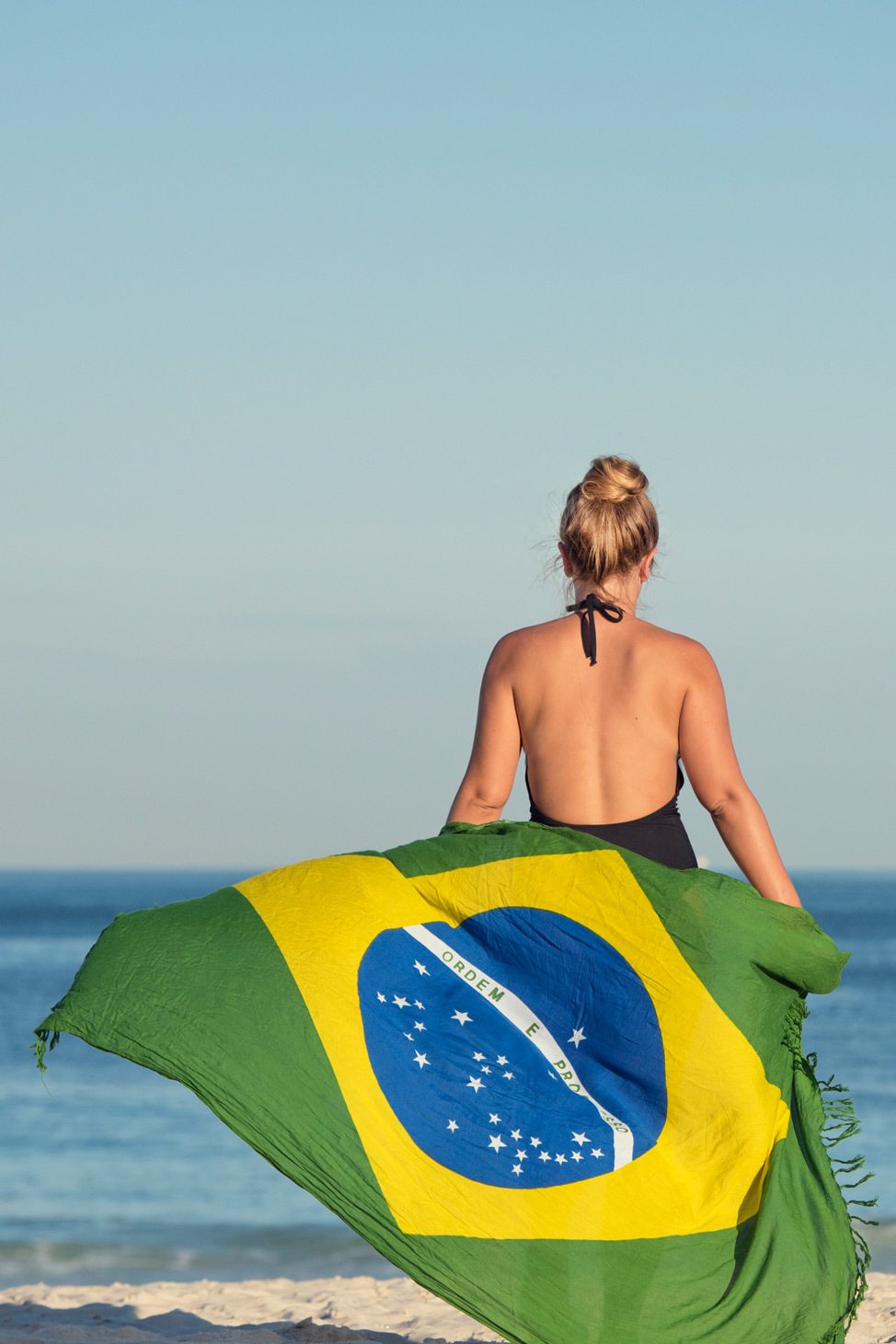 Um, this spontaneous-and-indulgent-decision-making thing? Amazing! The rooms at our hotel, PortoBay Rio, were nothing special — but the views? Worth every real we’d payed for them.

Over bubbly on our rooftop pool, Heather and I went over options for my next move. Together we’d tackled São Paulo, Paraty, Ilha Grande, Rio, and Buzios — and now I had all of Brazil to choose from. In fact, I even considered flying down to Argentina and spending a week with a friend of my sister in Buenos Aires (too cold, I determined in the end.) Slowly I dismissed several of my other ideas. Another week in Rio in a lively hostel? (Actually, I was eager to check out somewhere new.) A trip to the contemporary art wonderderland of Inhotim and the colonial mining towns of Minas Gerais? (Didn’t seem like the most fun place to travel solo.) 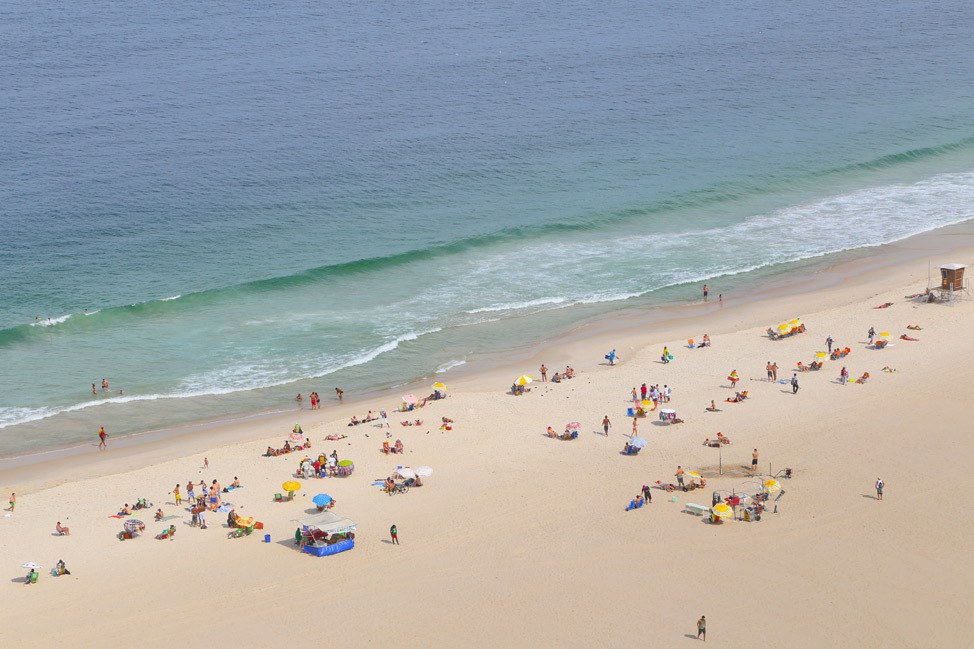 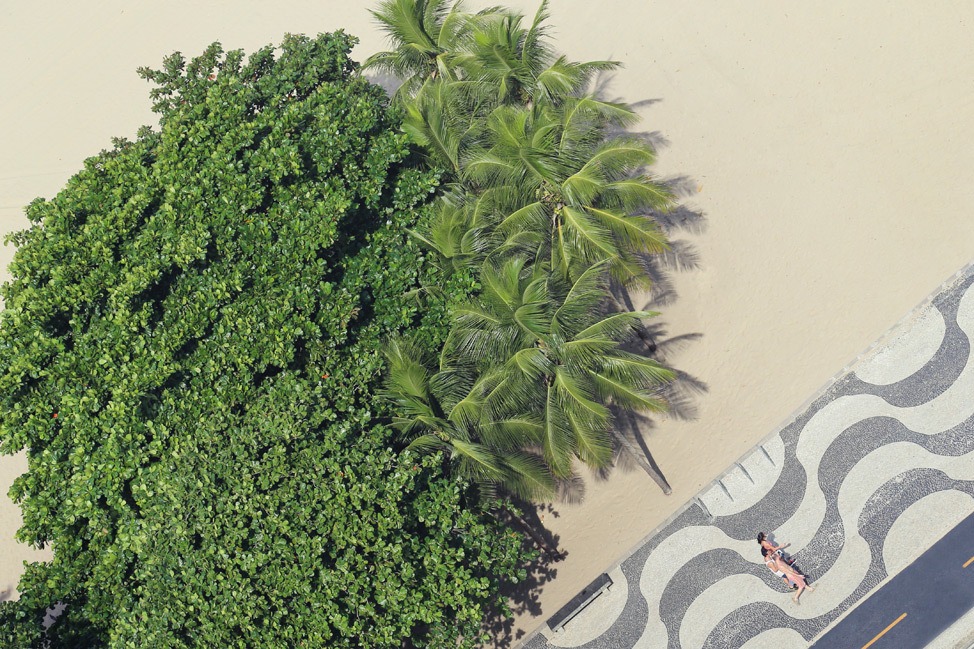 Finally, I narrowed my options down to three and turned to my Facebook page for advice. And y’all did not let me down! I got tons of great feedback when I asked for help deciding between these three:

• Brasilia: I’ve always been fascinated by the architecture of Brazil’s capital city, and it was incredibly cheap and simple to get to.

• Jericoacoara and the Lençóis Maranhenses: My heart was telling me to go here, despite the fact that it was logistically difficult, expensive, and pretty much as far away as I could get from Rio. But this beach girl just loved the idea of saying goodbye to Brazil on the sand!

• Bonito and the Pantanal: It was best time of the year to go to these top wildlife spotting destinations, though they are expensive destinations and mildly logistically difficult to plan. Mostly I was drawn by the freshwater diving possibilities.

Now guys, I have to confess something to you. I tried to change my flight to go home early. It’s no secret that I was really struggling with some of the miscommunications and frustrations we’d faced in Brazil, and so for the first time in years and years of being full-stop obsessed with travel, I tried to just throw in the towel on a trip and head back to New York to see my family. Brazil had turned out to be way more overwhelming than expected, and I just wasn’t sure I could do it without Heather to at least laugh along the way with.

In the end, the ticket change fee was over a thousand bucks and so price pretty quickly knocked that out of the running. Looking back, I am so, so grateful I couldn’t change that ticket — because what came next ended up being the highlight of the trip. 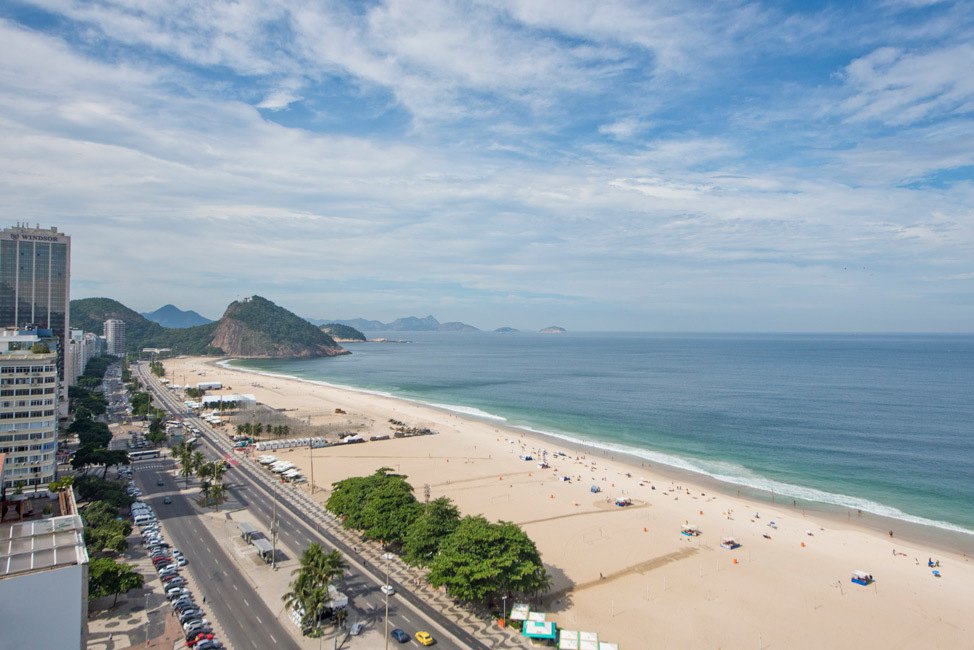 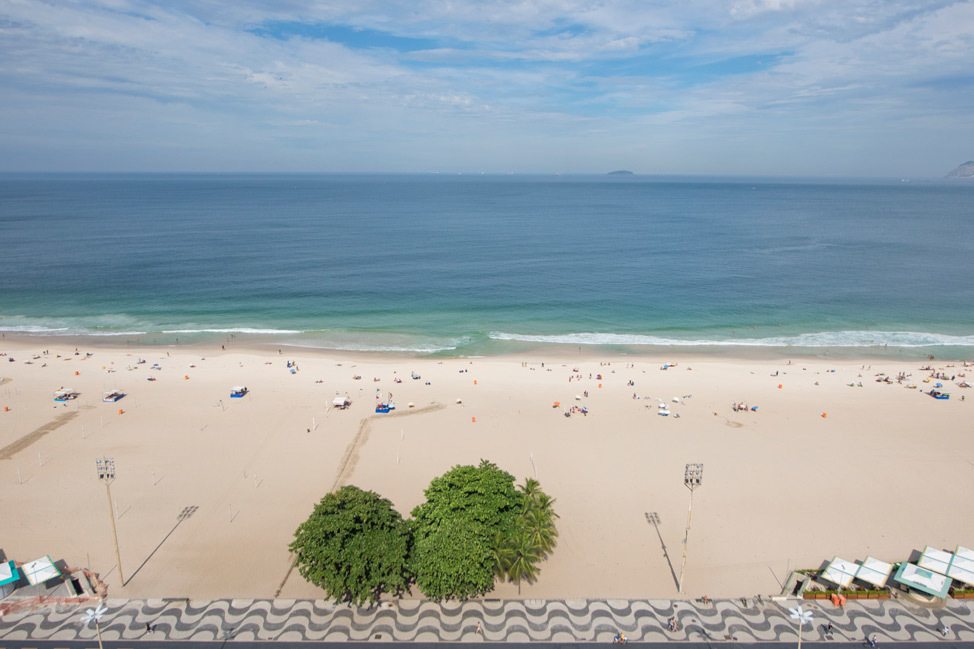 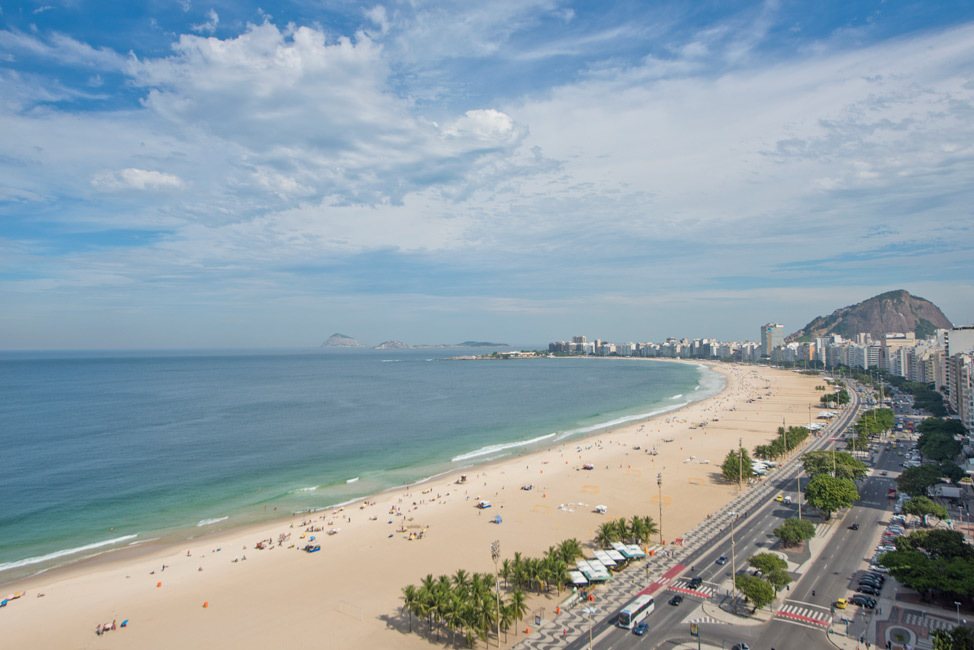 In the end, one thing made the decision for me: the fear of loneliness.

I’d been warned that Brazil was a tricky place to travel solo if you don’t speak Portuguese, as most hostels are filled with domestic travelers (very cool if you do speak the local language!) and Brazil is skipped over by many backpackers who are scared off by the higher prices and more stringent visa requirements than those of neighboring countries.

I kind of brushed off those reports before arrival, but over time I was bowled over by how accurate they were for us, as well. Listen, I love my solo travels — but I have never been more grateful to have Heather by my side! The more I looked into Brasilia and Bonito, the most convinced I was that I’d end up feeling quite isolated and spend my trip more or less completely in my own company. In some cases, that would be exactly what I was looking for. In this particular moment though, it just sounded lonely.

I booked a flight for less than twenty-four hours later to Fortaleza, Brazil — the gateway to Jericoacoara. 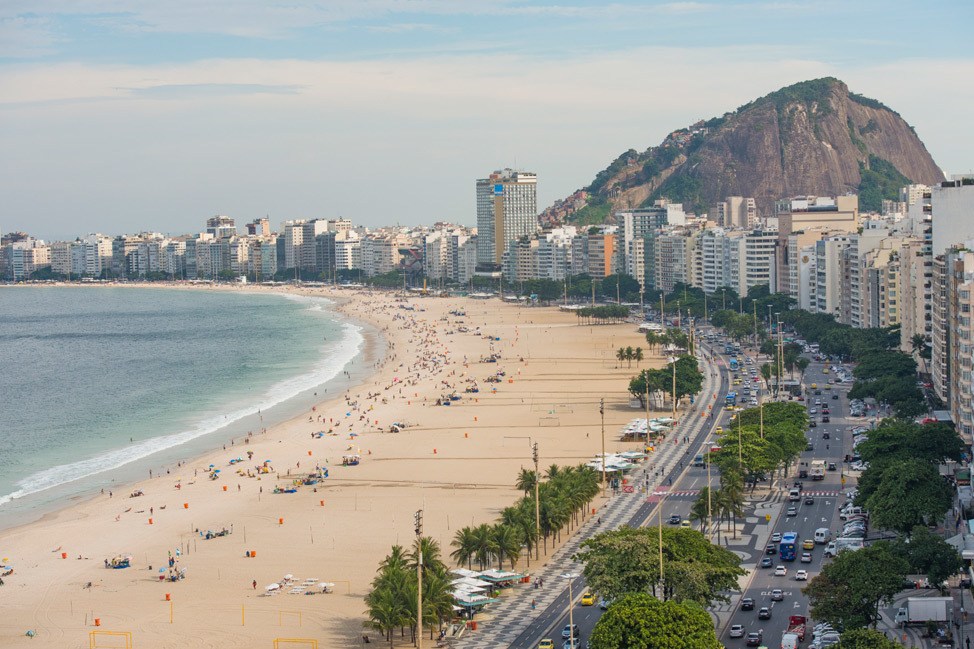 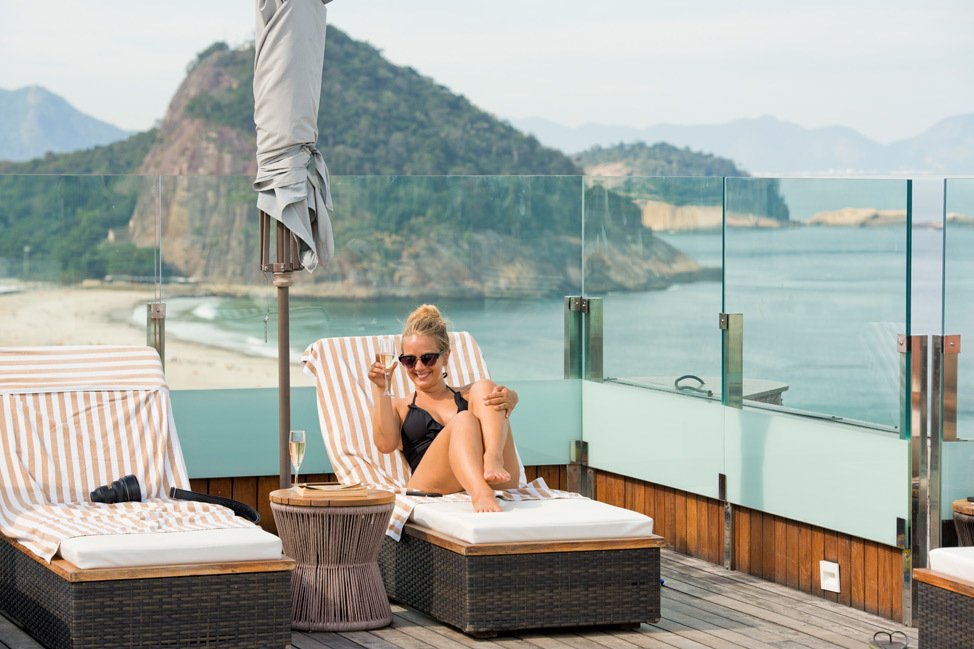 To celebrate my decision, we headed down to the beach!

One thing I wasn’t celebrating? The price of my flight. Brazil is not very conducive to spontaneous travel — flight prices were extremely reasonable when I was researching a few months out but absolutely skyrocketed closer to departure date, leaving little room to wing it. One of the things that really pushed me to cancel the Iguaçu Falls trip was that I waited too long to book a flight away from the falls, and by the time I really needed to make a decision on where to go next, they were just painfully astronomically priced! As in literally, the day before we cancelled I started looking up flights and actually burst into tears. And um, yeah, considering the distances between Iguaçu and anywhere, anything but air travel was an automatic no.

Flights from Rio were luckily a bit more reasonable but also had gone way, way up since my initial searches. Thankfully I had the resources available to stretch myself but it definitely would have been better — from a financial perspective, anyway — to book ahead. If you want flexibility in Brazil, it appears you really will have to pay for it. 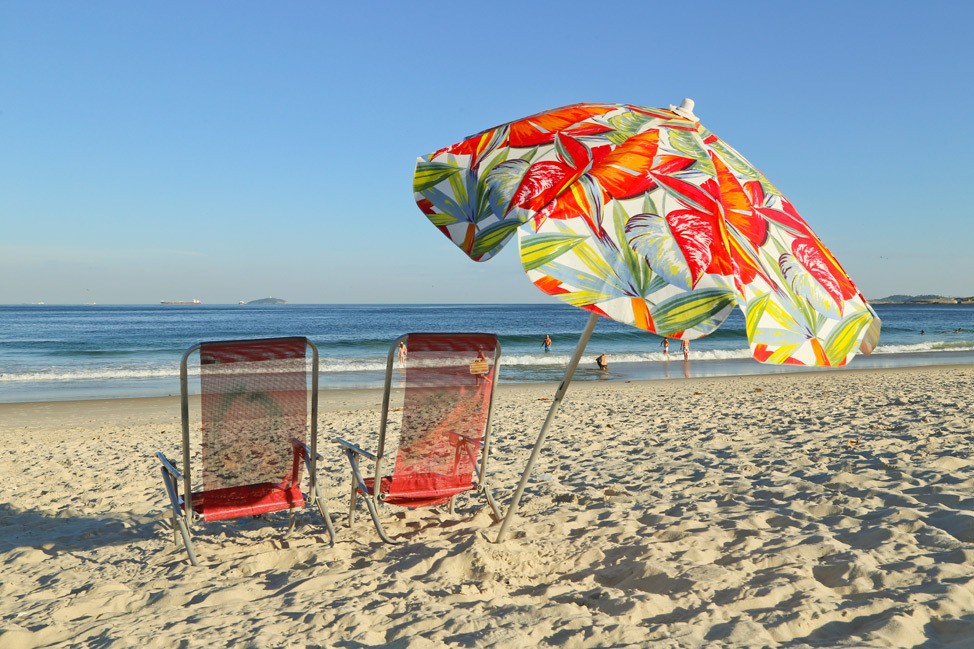 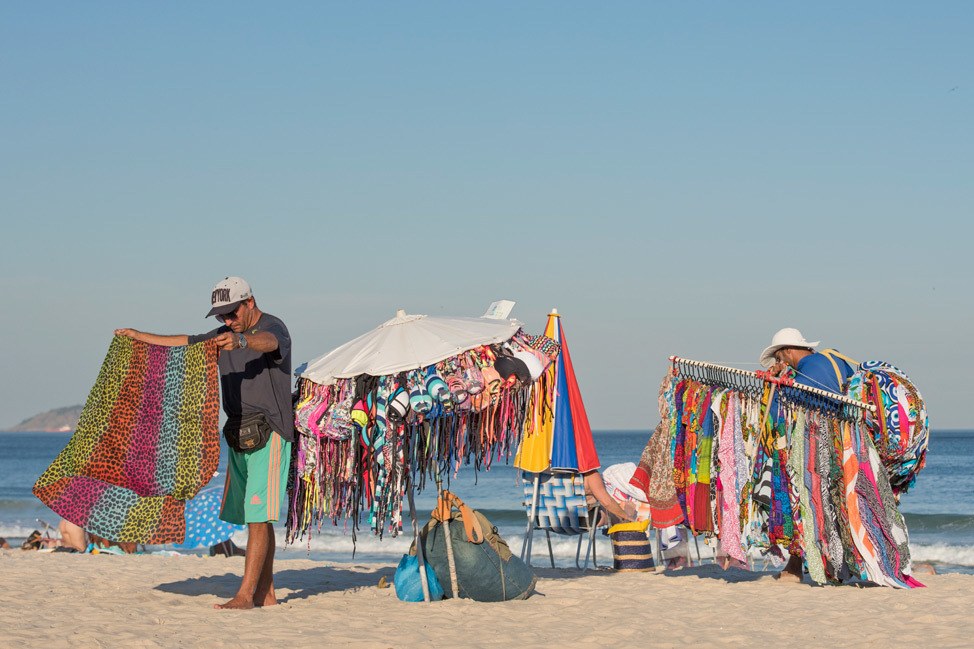 Once again, I felt a massive relief after making my choice. I think I felt like because I’m a scuba diver, I should go to Bonito. Because the flights were cheap, I should go to Brasilia. Instead I chose the least practical, most expensive and most logistically difficult option of going to Jericoacoara.

But dang, it just felt right to follow my heart. 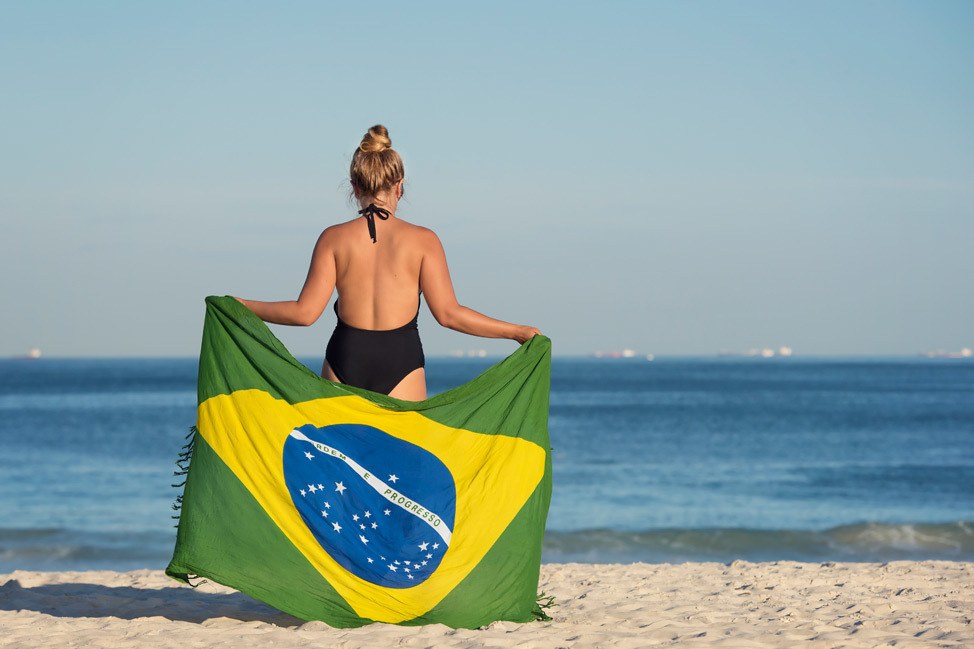 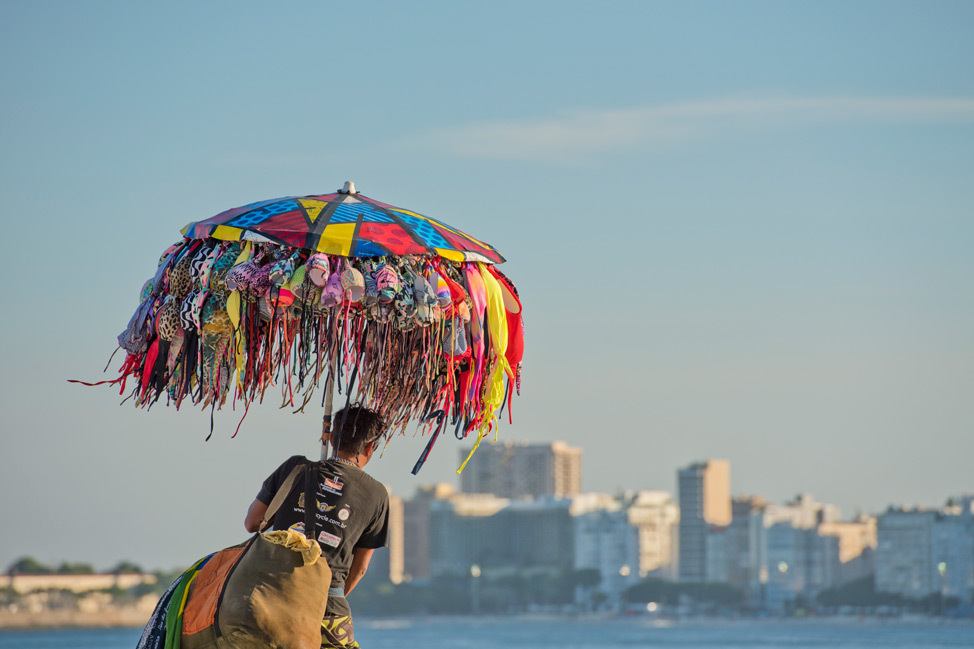 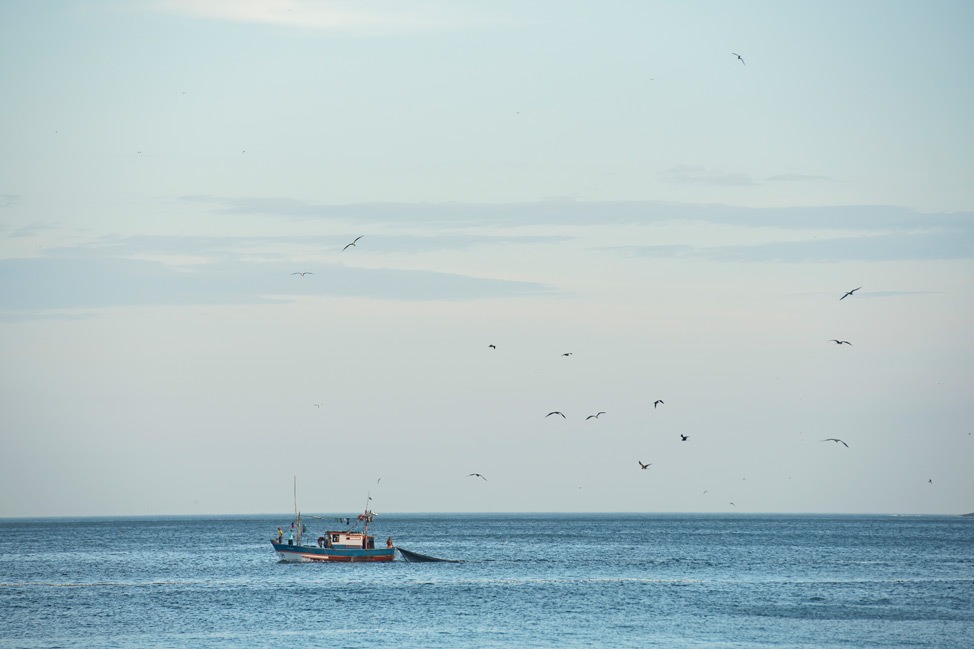 After a beautifully lazy day spent beach and poolside, we headed out to toast to the last night of our trip with tapas at Zot. Unfortunately I am a full-blown failure at reading restaurant’s opening hours, and we soon found ourselves wandering the streets looking for a stand-in. Lo and behold, we stumbled onto El Born, another absolutely fabulous tapas restaurant that our Barcelonian friend confirmed via my live-text stream of our meal was incredibly authentic.

Granted, we didn’t do much with our final 24 hours in Rio. But in contrast to our jam-packed first week, it was bliss. Personally, I wildly preferred hip Ipanema to more touristy Copacabana, but they are both beautiful stretches of sand. (Want to learn more about Rio’s beaches and Brazilian beach culture? Go here next!) Our treat-yourself-palooza was the perfect end to the latest chapter in Heather and I’s globetrotting friendship! 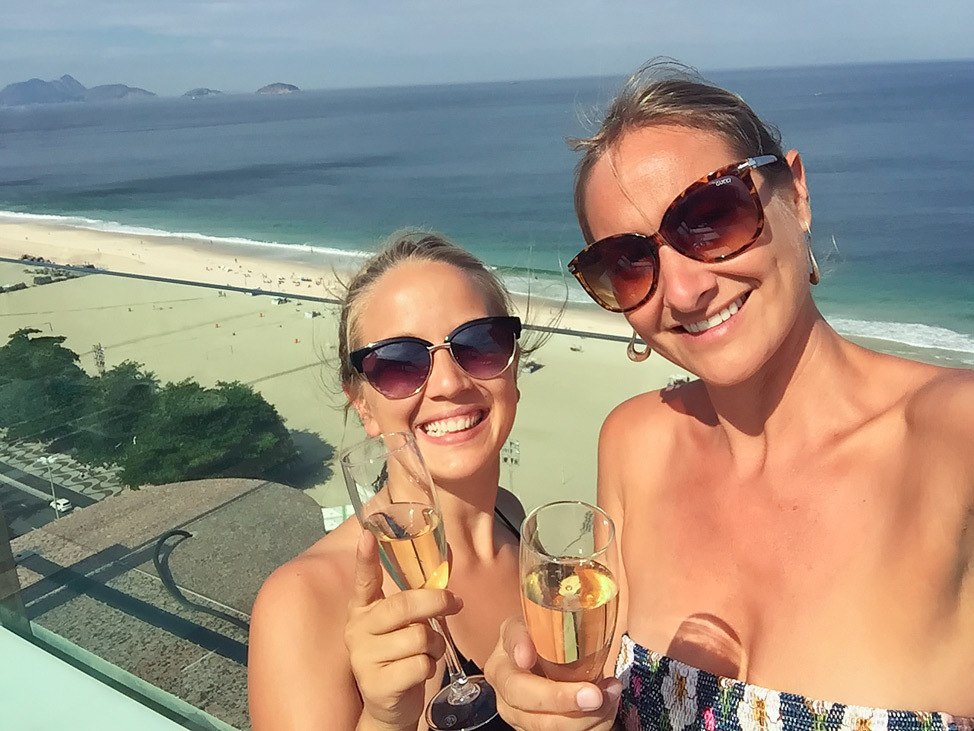 And with a long, sad goodbye hug, I was off to tackle Northern Brazil — solo!

One Week in The Cidade Maravilhosa

Waking Up With Christ Redeemer in The City of God

Two Tanks Are Better Than One: My Review of the PADI Sidemount Course Florida Fanatic: My Summer Plans for the Sunshine State
22 Comments...