One Week in The Cidade Maravilhosa

It doesn’t take long to understand why cariocas love to say so. Palm fringed beaches bookended by iconic granite morros, the world’s largest urban forest, and one infamous statue of Christ perpetually watching over the city. One of the most geographically blessed cities I’ve had the privilege to visit, it’s hard not to believe that whatever or whomever created this universe, they had a soft spot for Rio de Janeiro. 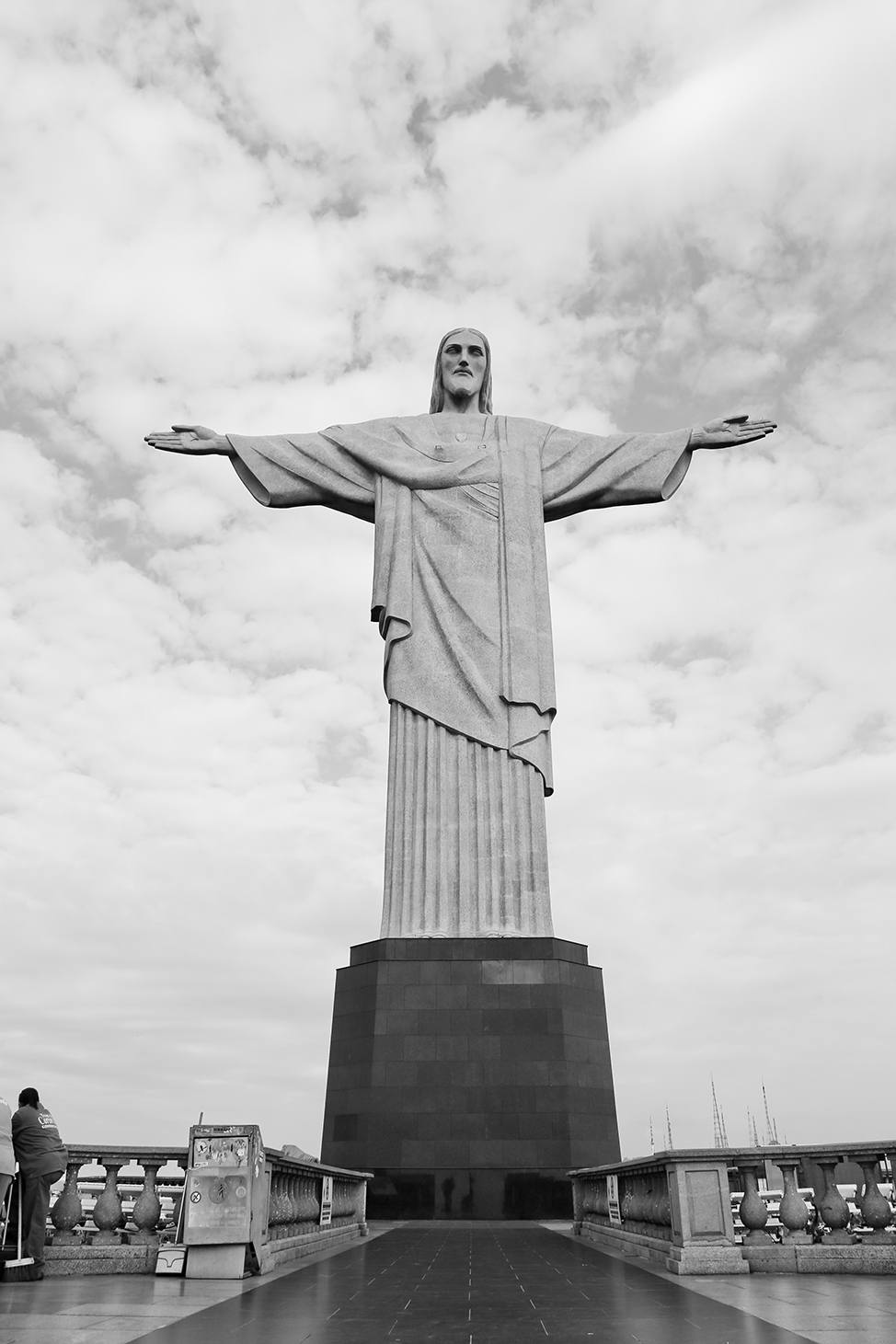 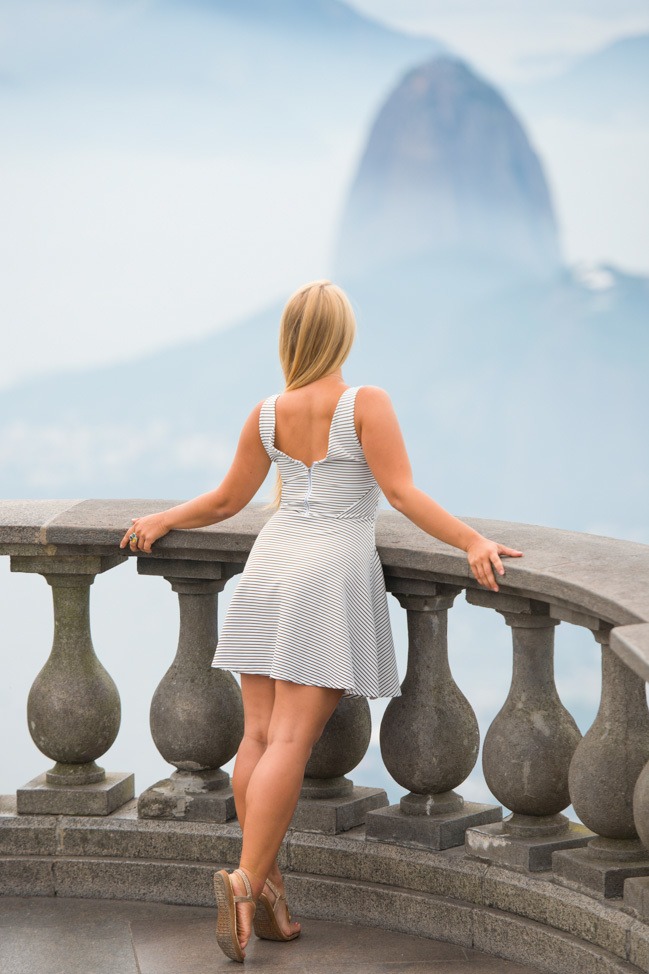 And so did I, long before I first set my own eyes on the city. When I was cleaning out boxes of old college notebooks and projects last summer, I came across detailed ramblings about a fantasy semester in Brazil scribbled in the margins of many a class note. More recently, my mom took on a similar project purging my sister and my’s grade school stockpiles, and came across a report I’d done when tasked with researching any continent – I’d lovingly selected South America. For years, when asked what destination topped my bucket list, I barely had to hesitate.

For as long as I’ve loved travel, Brazil was a tornado force of a desire, with Rio at the eye of the storm. That’s a lot for one city to live up to, regardless of how marvelous it may be. 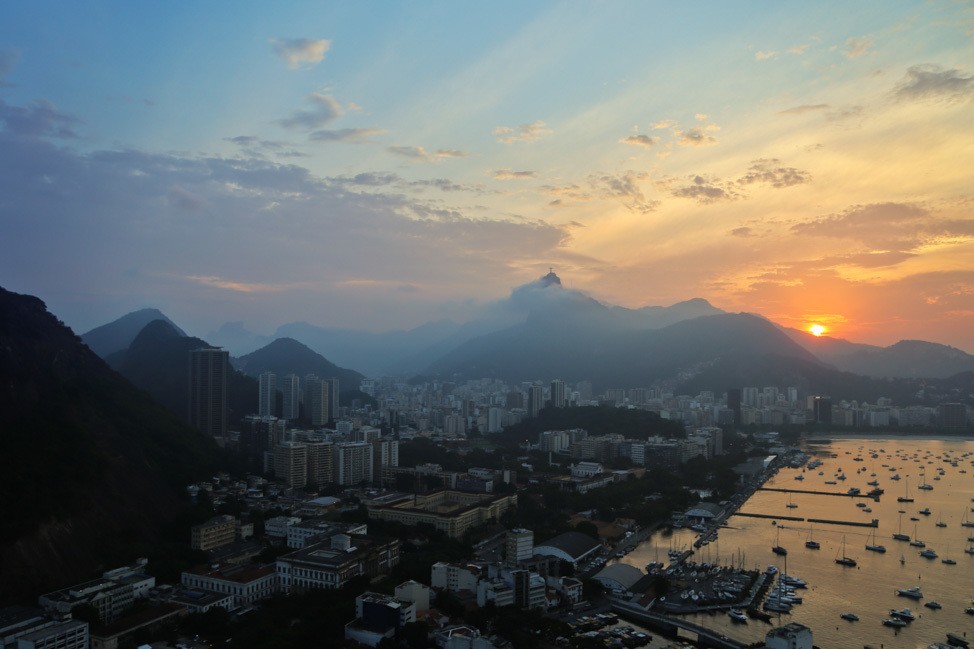 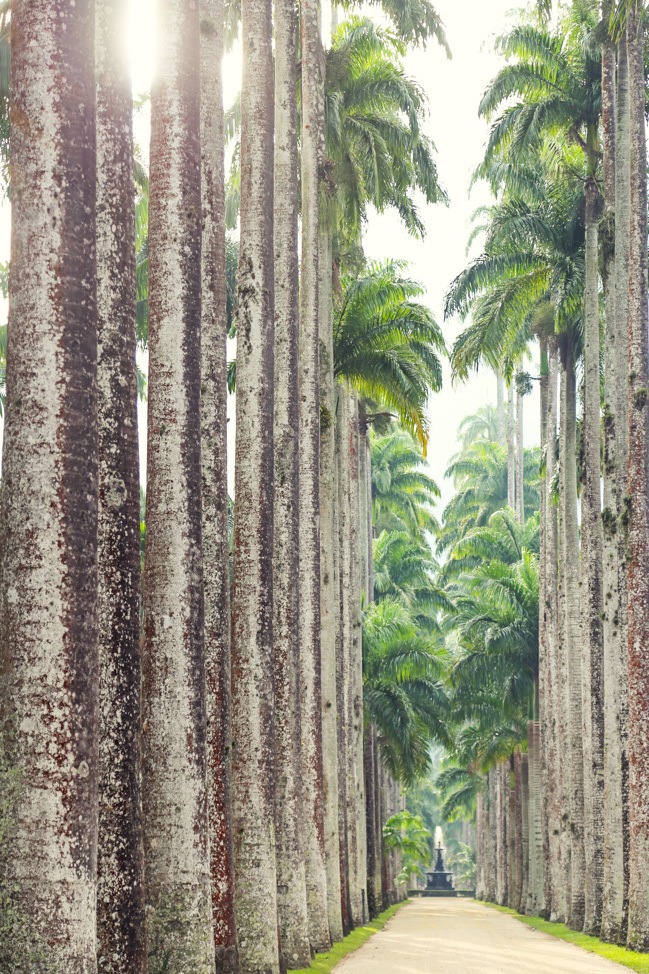 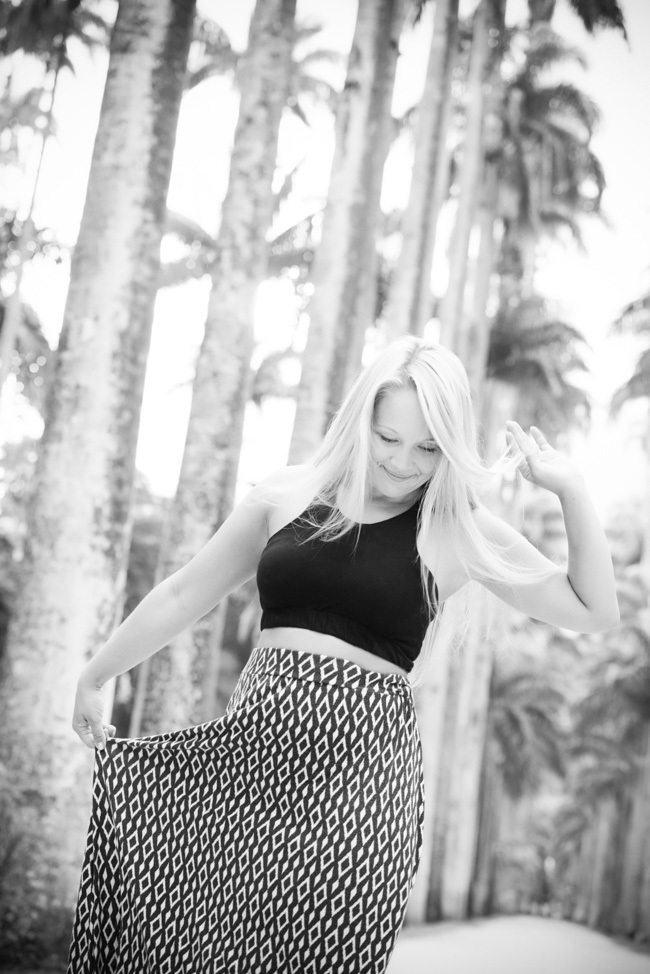 Originally, as this dream began to take shape in reality, I hoped to spend two full weeks in the city. Later, as I negotiated with Heather, my travel copilot, and accepted how much else of the country I wanted to see, that time was pared down to just one week.

I was determined to make the most of it. 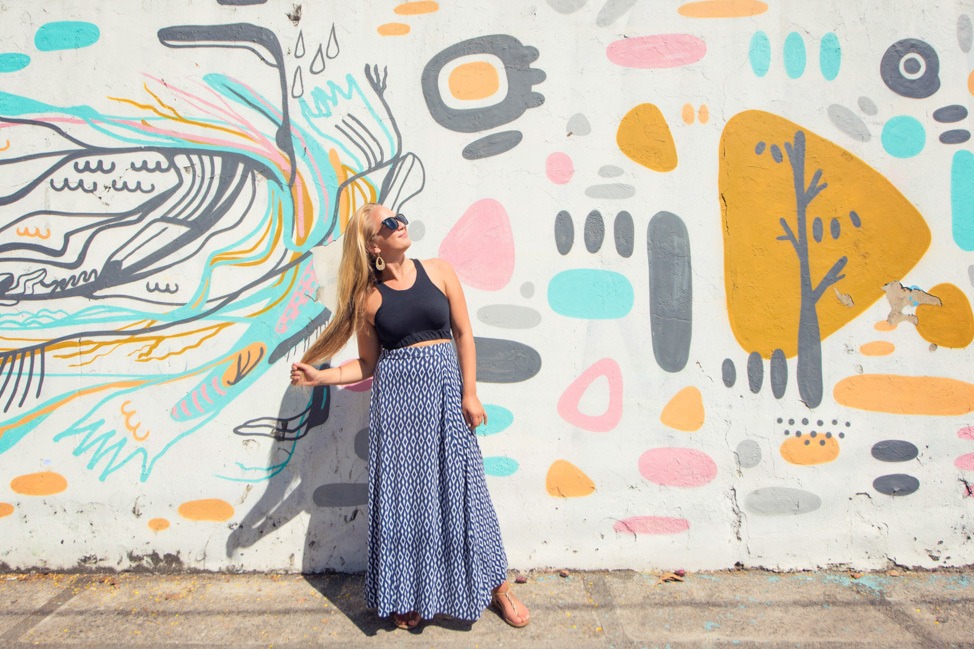 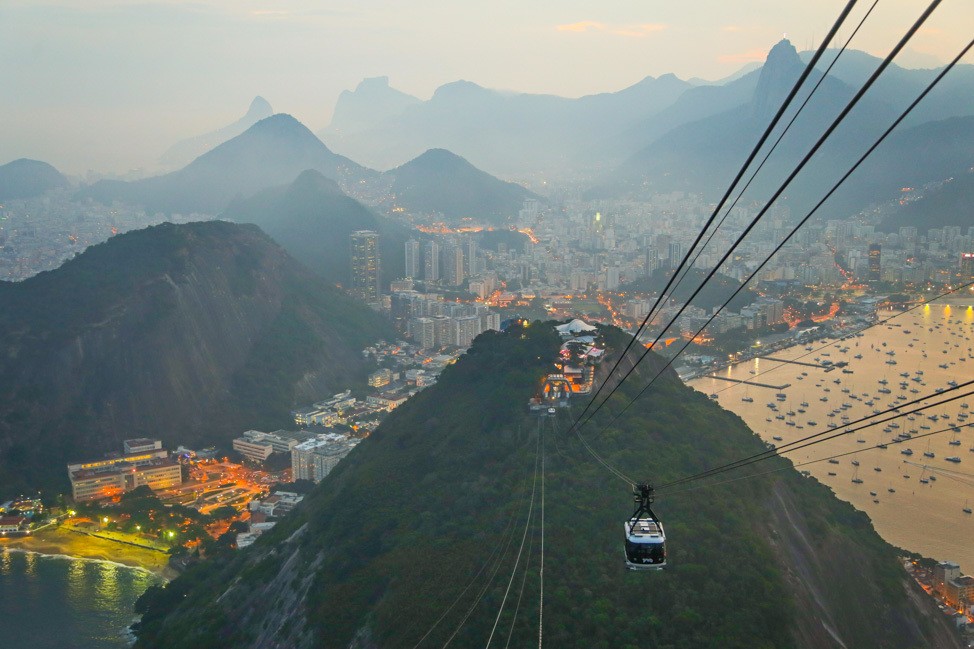 By the time we arrived in the Cidade Maravilhosa, we had partied at Tomorrowland in Itú, fallen for the biggest baddest city in Brazil in São Paulo, been charmed by Paraty, and got lost in wild Ilha Grande. We were ready for Rio.

After careful consideration, Heather and I had chosen to split our time in Rio between two different digs – kicking things off at a hostel in Botafogo (which has since shut down), and then later moving to an Airbnb near Copacabana Beach (get $35 off your first booking!) We bit off a lot before we’d even arrived, booking several tours and creating an exhaustive itinerary. We were so excited we were practically powerless to do otherwise, despite being fully aware of how burnt out we’d be by the end of the week. We even skipped one tour we’d pre-payed for, a favela nightlife tour – pretty much unheard of from this penny pincher — because we were too exhausted and hungover to make it.

In one week, we crammed in a sunrise tour of Cristo Redentor, a DIY photo safari of Lapa and Centro, hang gliding over São Conrado, a sunset at Aproador, a walking tour of Santa Marta favela, a night out in Ipanema, a street art tour, a trip to Jardim Botânico, two beach days, and sunset at Pão de Açúcar. We literally loved every single one of these activities and I’ll be writing in more detail about each of them.

Even so, we left with much not crossed off our lists.  Rio is a big, sprawling city with so much to see and do — it could take weeks, or months, or a lifetime to explore. I think one of the biggest struggles for any do-and-see-it-all-er heading to Rio will be accepting that in this city, that would be an impossible mission. 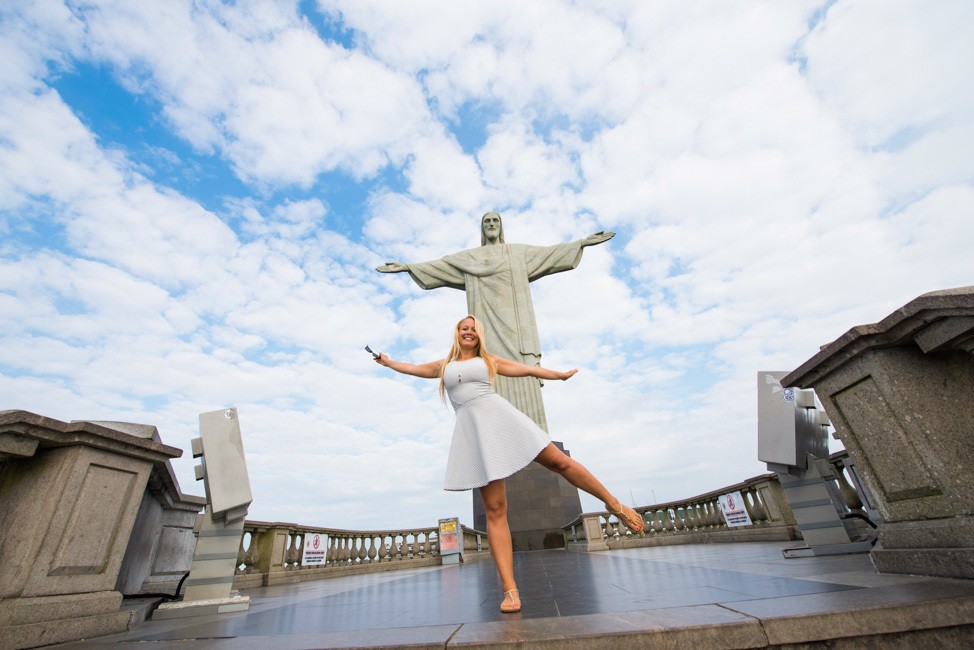 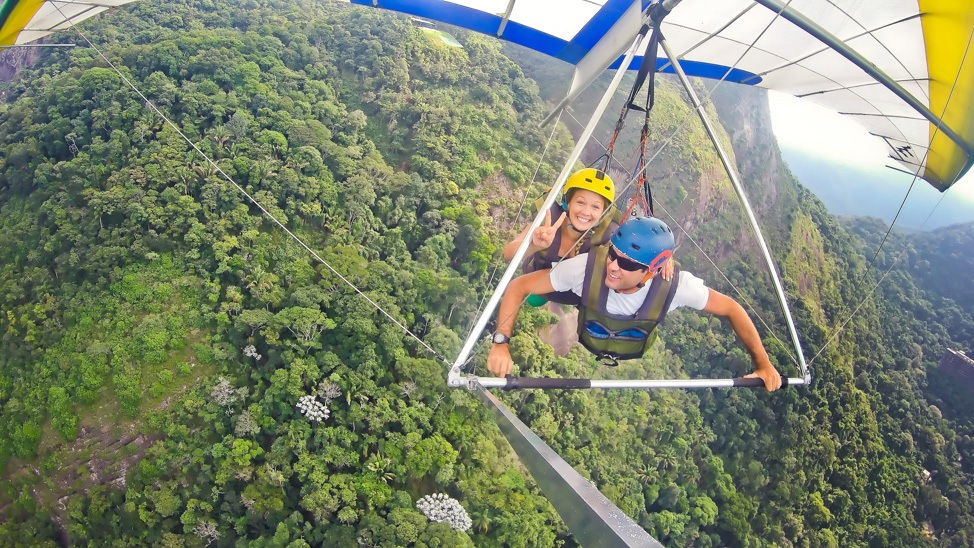 There’s a famous comparison that Rio is Brazil’s Los Angeles and São Paulo, Brazil’s New York. After being well and truly and very unexpectedly swept off my feet by São Paulo, I couldn’t help but see why. 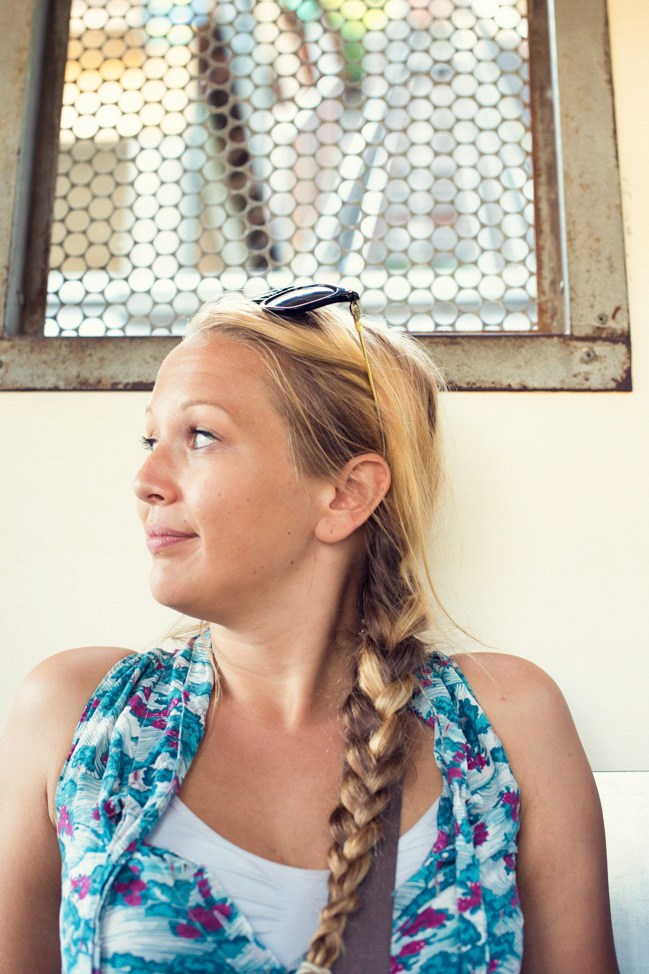 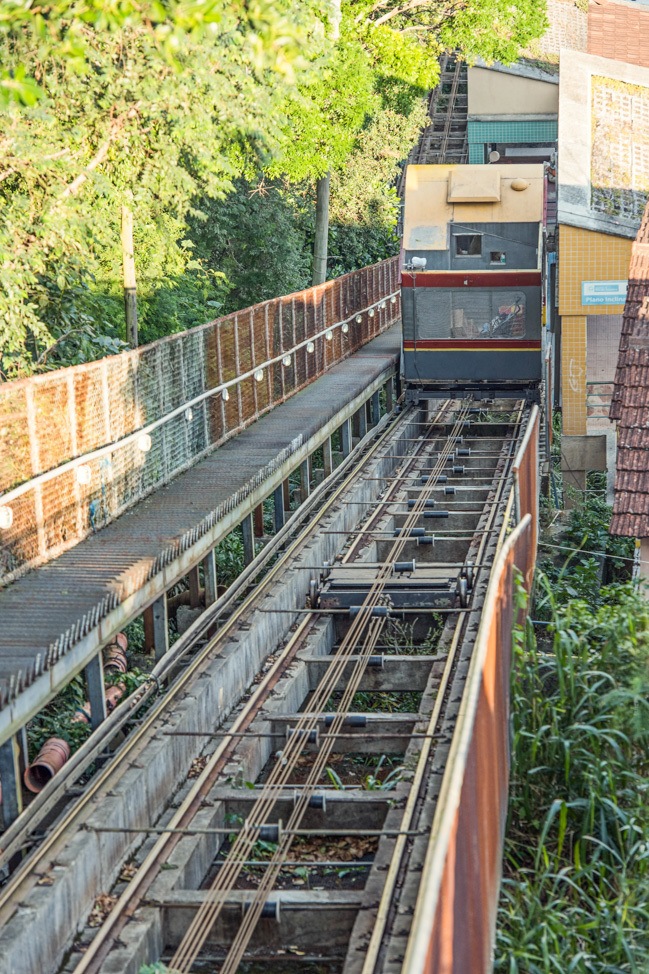 The rivalry between the Cariocas (people from the city of Rio de Janeiro) and Paulistas (residents of São Paulo) is an intense one, just like that between residents of the US’s largest east and west coast cities. To state the obvious, Rio wins by a landslide when it comes to setting. The city’s natural beauty is unrivaled, and the ocean it’s surrounded by is its number one draw. 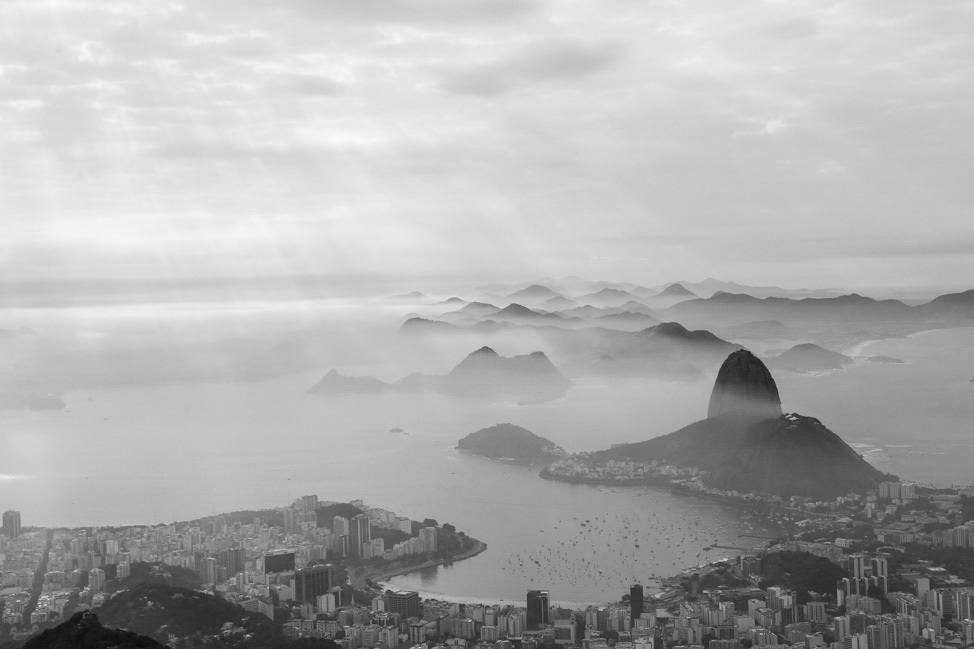 Experiencing this city’s unique beach culture was the highlight of my time in the city, so much so that I’ll be dedicating a whole post to it coming up — stay tuned! While we were visiting in Brazil’s autumn, we found the beaches pleasantly buzzing.

The weather, our busy itinerary and a few unexpected wrinkles in our plan (hello, last minute work assignment and Heather going to the hospital) meant we spent less time there than we would have liked to, and so I dream of returning one day in the summer to spend a whole week doing not much more than beach bumming. 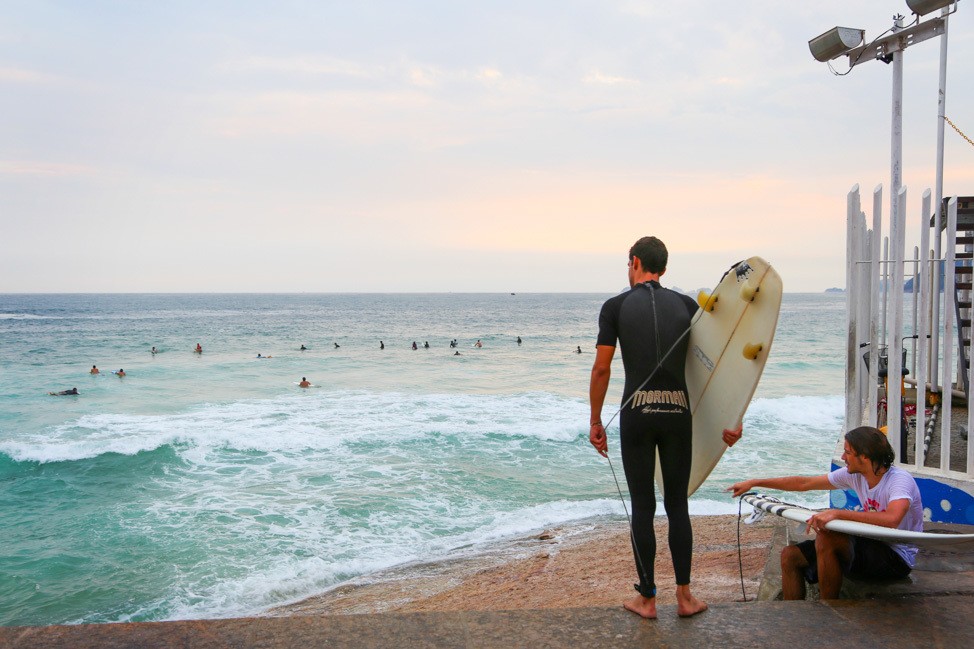 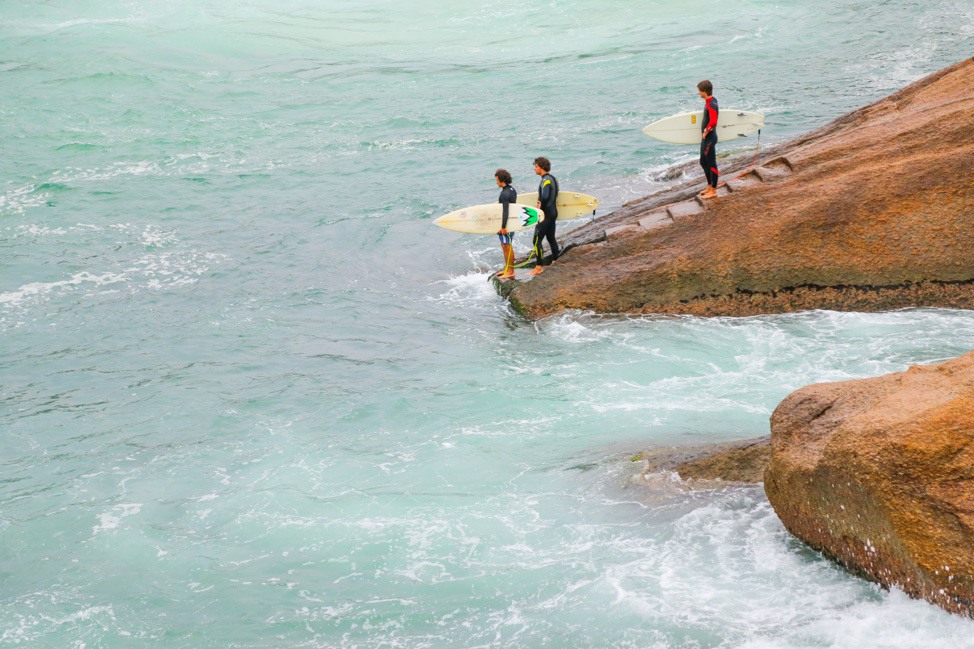 Beaches aside — and I admit, it’s a rather important factor to put aside — I was surprised to find myself favoring São Paulo in many other categories. Through my eyes, São Paulo had an undeniably chicer, hipper vibe. The art scene was a bit more sophisticated, the restaurant scene a bit more diverse and trendy, and transportation was more accessible (though traffic in both cities was insane).

The more I travel, the greater emphasis I have placed on food. After really swooning over the restaurant scene in São Paulo, especially for Heather as a vegetarian, we were a little disappointed in Rio’s — though I was warned. That said, we did find a few gems. We fell in love with hip Meza in Bogafoto (we went for both dinner and Sunday brunch – with a bubbles bar!) and bohemian Zaza in Ipanema, and made three different trips to cute Oficina Gelato. Yet overall, we were super grateful for the kitchen in our Airbnb – it meant we could cook a few meals, eat takeaway in comfort and not rely on eating every meal out at a restaurant. 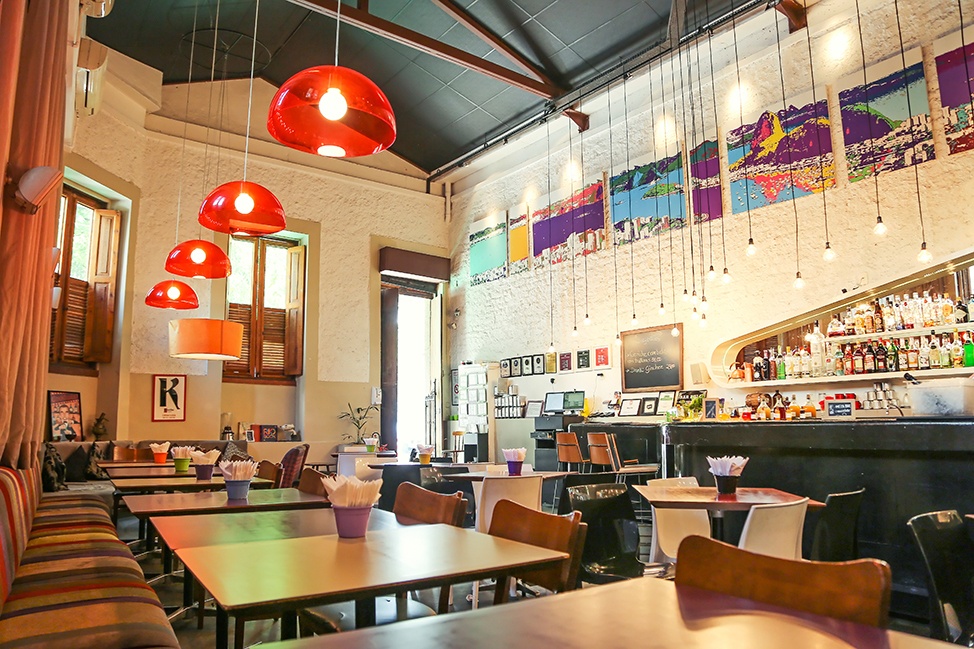 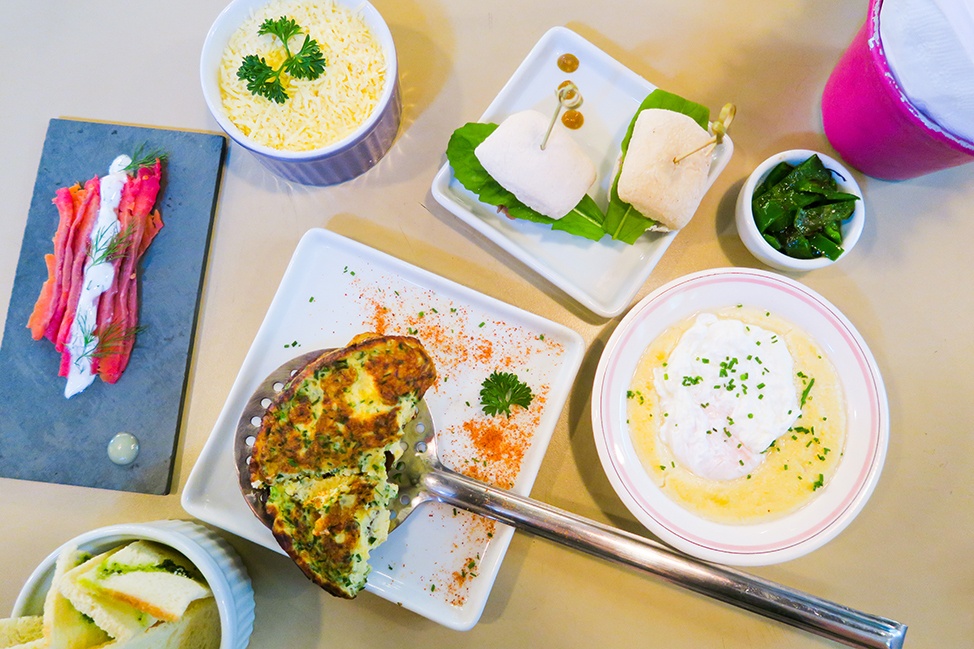 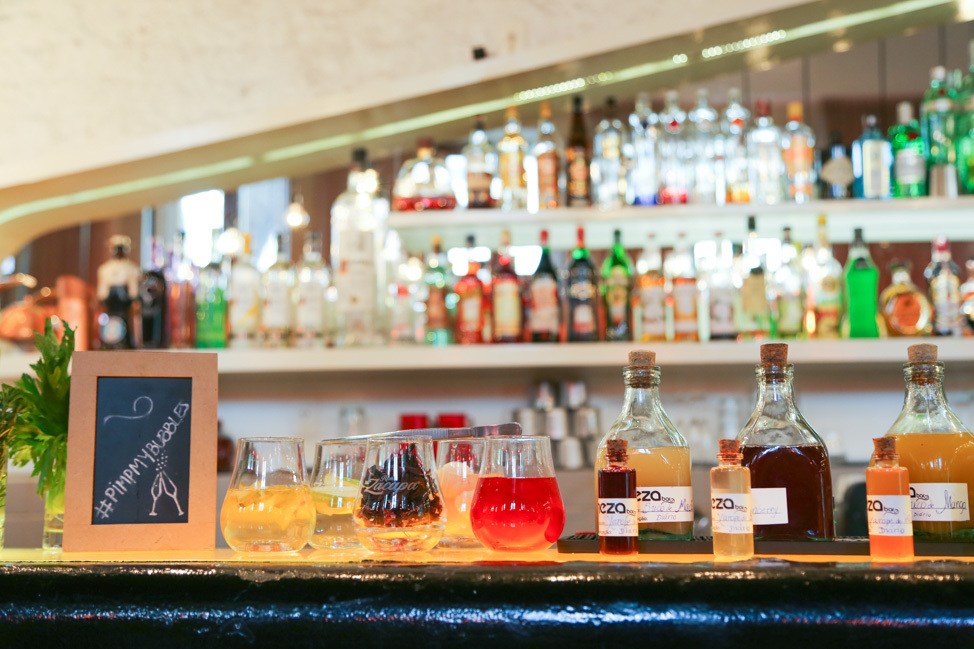 Getting around in Rio was a bit of a struggle at times. Traffic was intense and destinations were quite spread out. Due to the language barrier we used Uber exclusively for cab needs — get a free ride of up to $20 with Uber here — but even then we did run into some issues with drivers getting lost and taking ridiculous routes. We spent ages attempting to use the city’s municipal bike program but it requires a local SIM card to unlock the bikes. Heather had one but I didn’t, and so that was out.

The best thing we did for ease of movement was simply splitting our time in two different areas of the city and creating a logical itinerary around those two bases. This allowed us to walk quite a bit, which is always my favorite way of getting around a new city. Next time, I’d love to try using the metro. 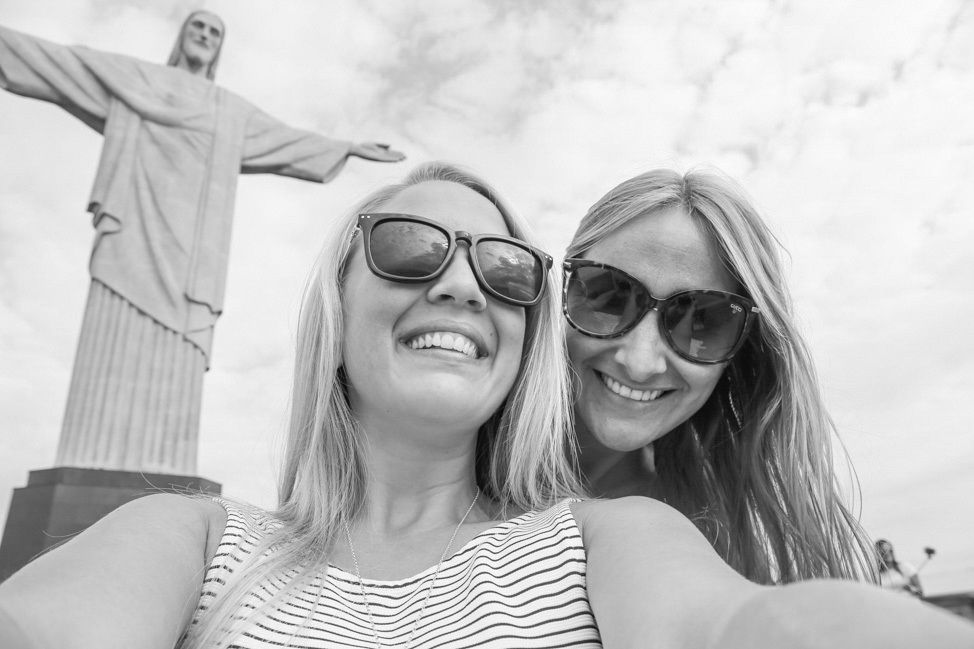 One of the pleasant surprises of Rio was how comfortable we felt as two women traveling alone. While we were constantly — like literally, constantly — warned by everyone we encountered to be careful with our cameras, we were vigilant and cautious and had zero issues and really felt surprisingly safe and secure throughout our time in the city.

Frankly, overall we felt this was all throughout Brazil, but it was most poignant in Rio, where multiple viewings of City of God had prepared me to be relieved of all my belongings within moments of stepping onto the streets. It was a nice surprise. 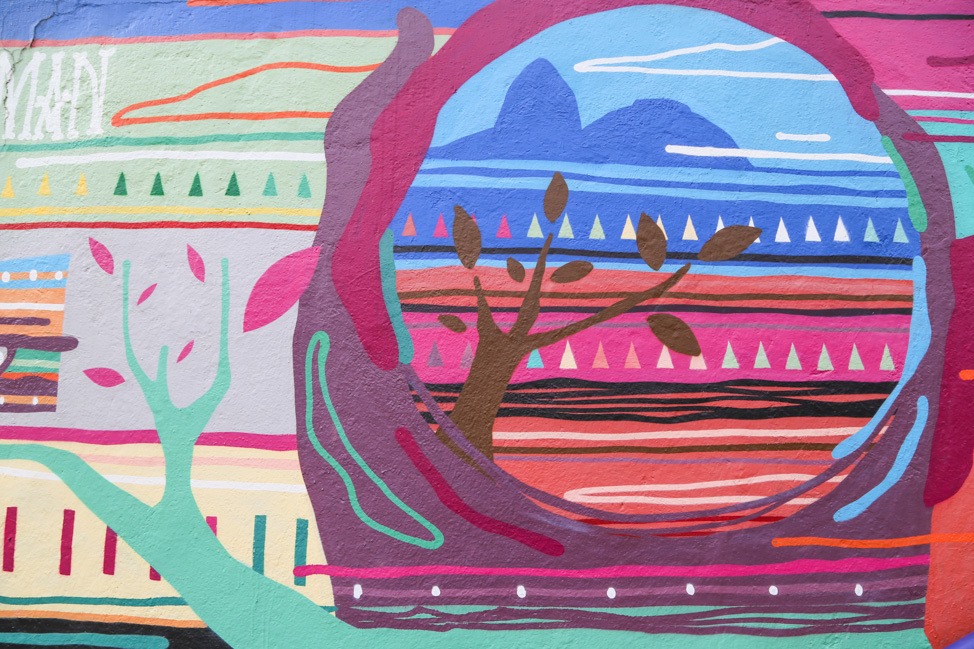 Bottom line? We had a blast. But we were also so busy – and rounding the corner of travel burnout – that we didn’t leave much time to just soak up the magic of the place, which Rio requires quite a bit of.

I look forward to returning someday and putting less emphasis on tours and attractions (only because I’ve now seen them – I don’t regret a single one) and focusing instead on soaking up the beach culture, my absolute favorite aspect of the city, enjoying some of the nightlife, which we regretfully missed out on aside from one over-indulgent night, and attempting some of the beautiful urban hikes and beginner surf breaks I learned about in the area. 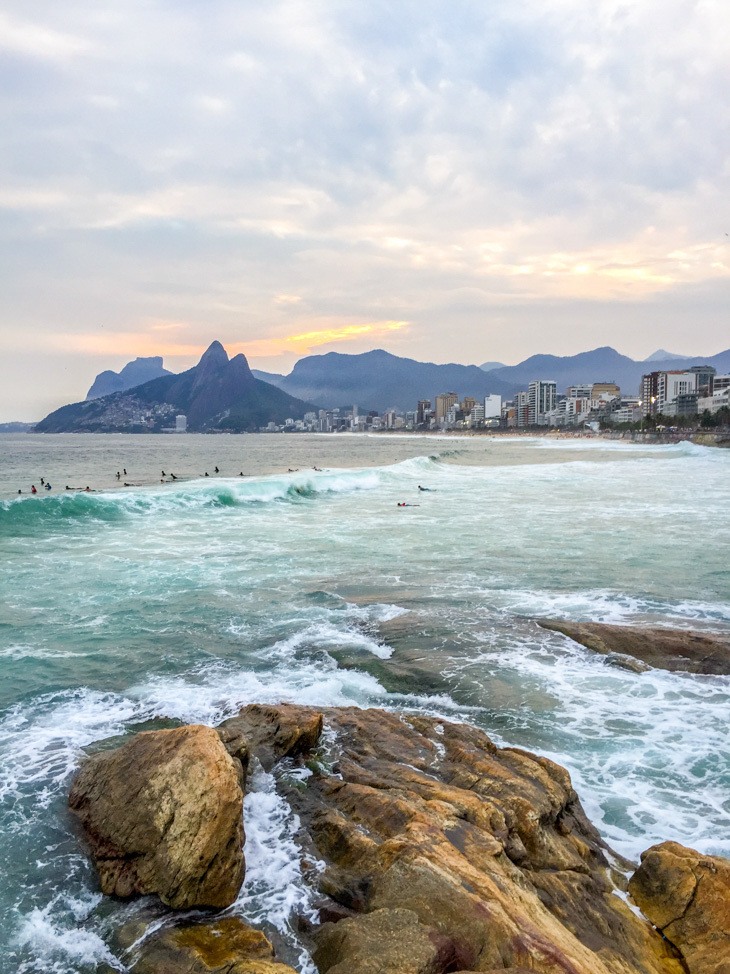 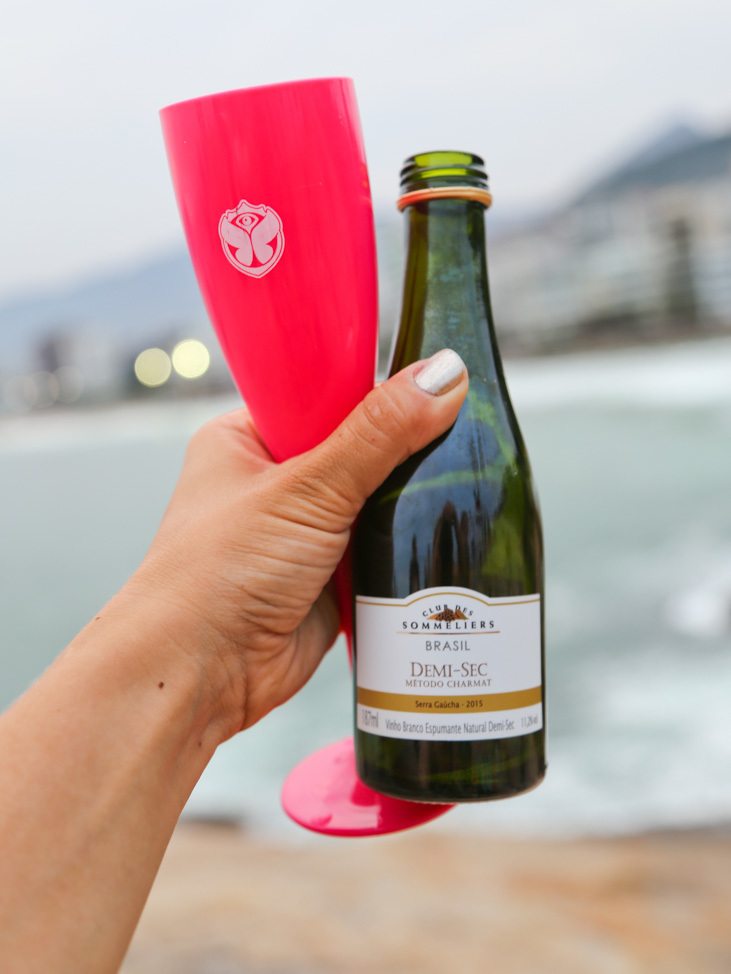 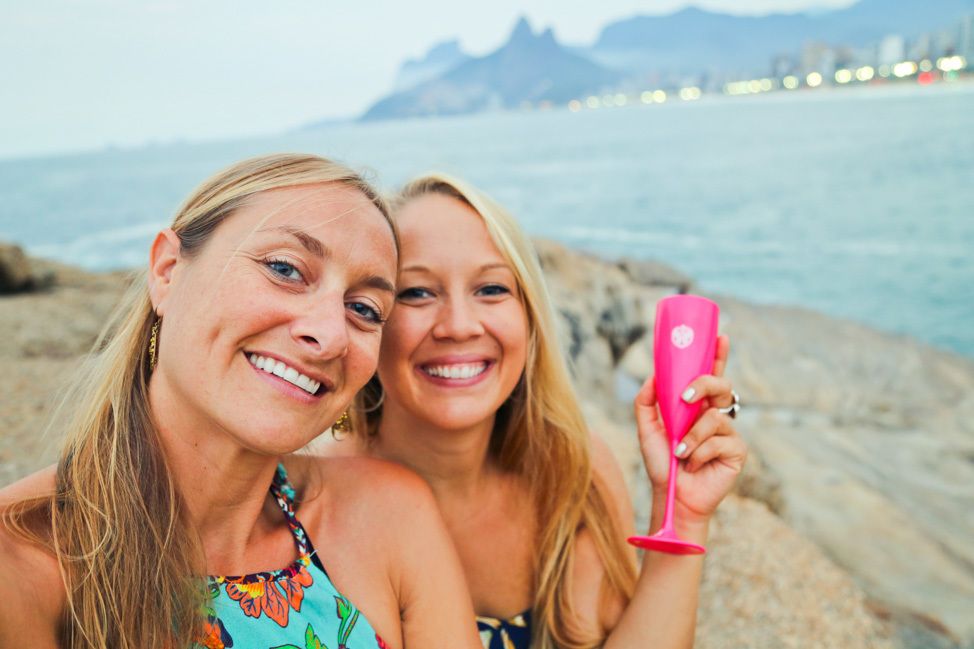 I hope I don’t have to wait too long for that return. In the meantime, I can’t wait to share more details from our week in Rio de Janeiro.

Have you been to Rio? Did it live up to your expectations? What part of my trip are you most excited to read about? 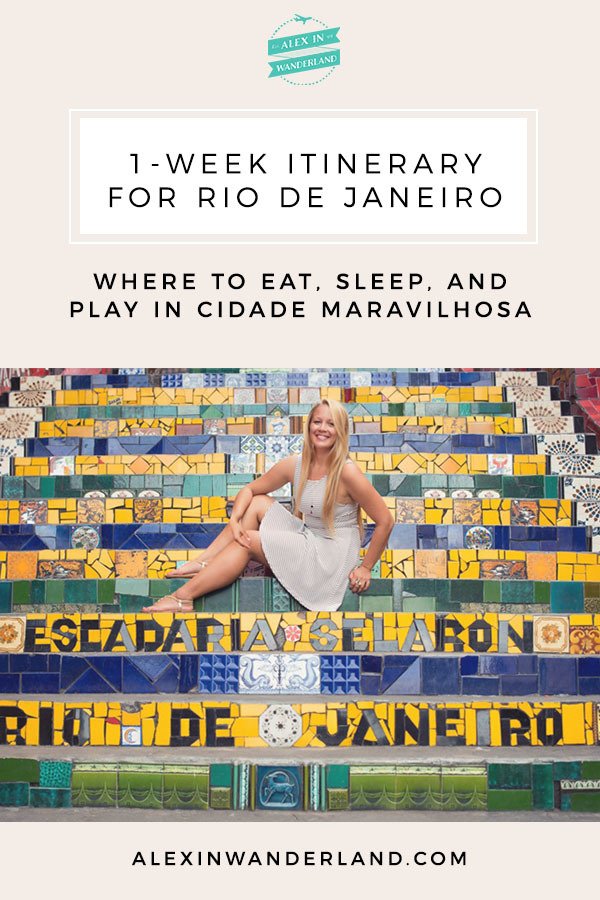 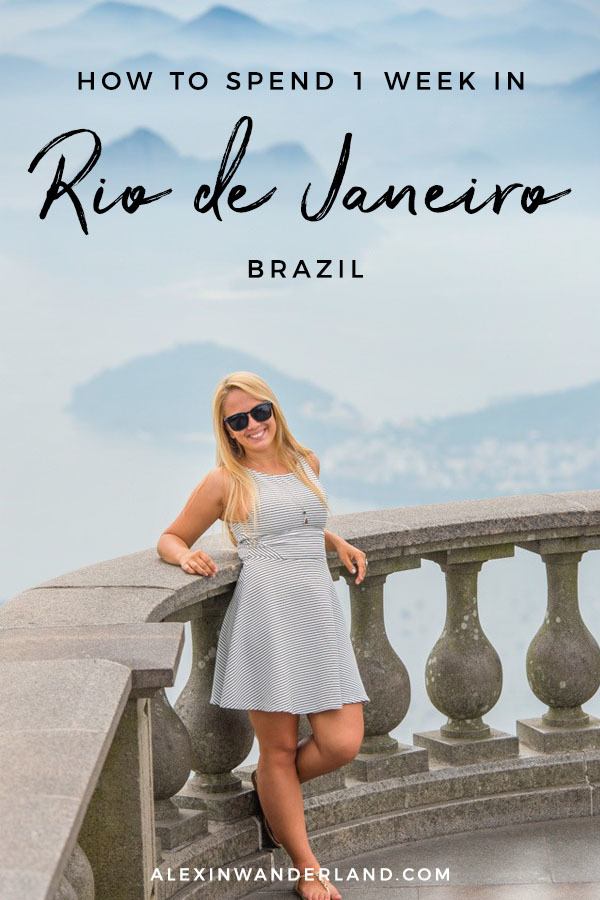 Many thanks to Heather for the beautiful portraits she took of me throughout this post!

When It Rains, It Pours in Paraty

Happily Ever After at Tomorrowland Brasil

New Year, New Passport Stamps: My Travel Plans for 2017 Waking Up With Christ Redeemer in The City of God
38 Comments...