One Week of La Pura Vida

Crossing the border into Costa Rica, it finally hit me. There were nineteen weeks of travel behind me, and only one ahead. This was the end of my Latin American adventures. 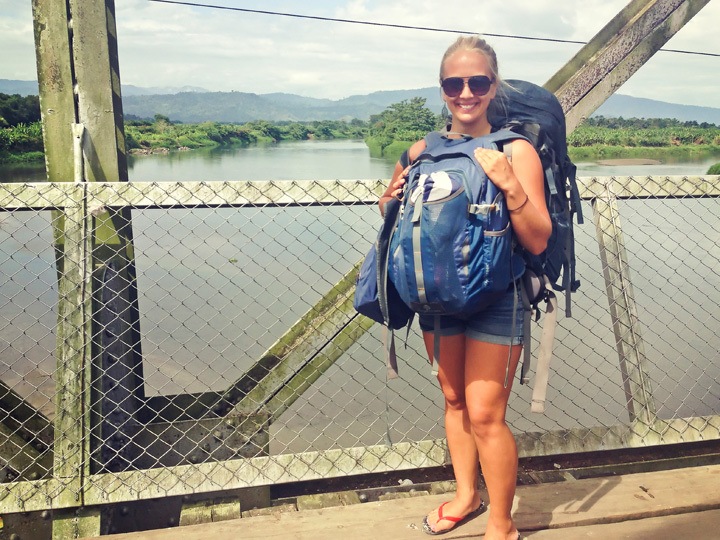 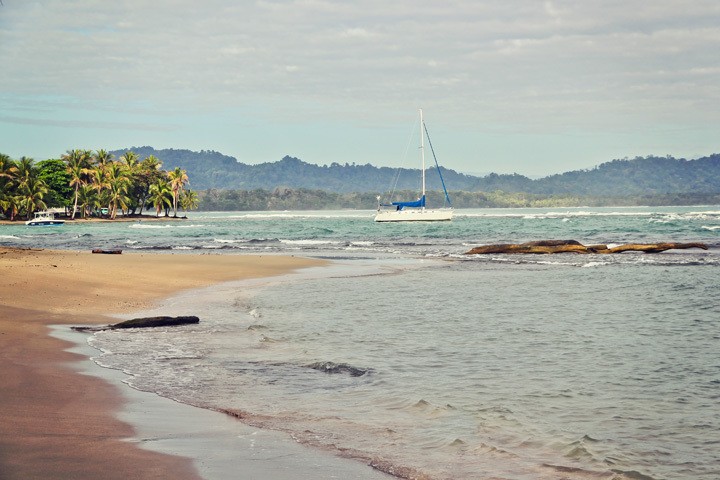 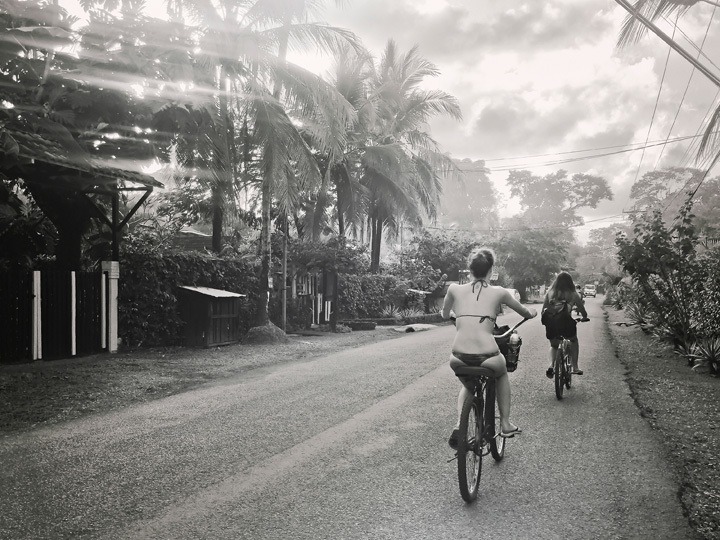 I’d chosen to fly out of San Jose for several reasons. First, because there were flight to New Orleans for only 15,000 frequent flyer miles plus $25 in fees! Second, I wanted to visit with the host families from my first trip to Costa Rica more than seven years before, when I’d been part of a high school student exchange program. And finally, it seemed like a symbolic choice. That trip my senior year of high school was part of what ignited my wanderlust. It seemed appropriately full-circle to end this trip there. 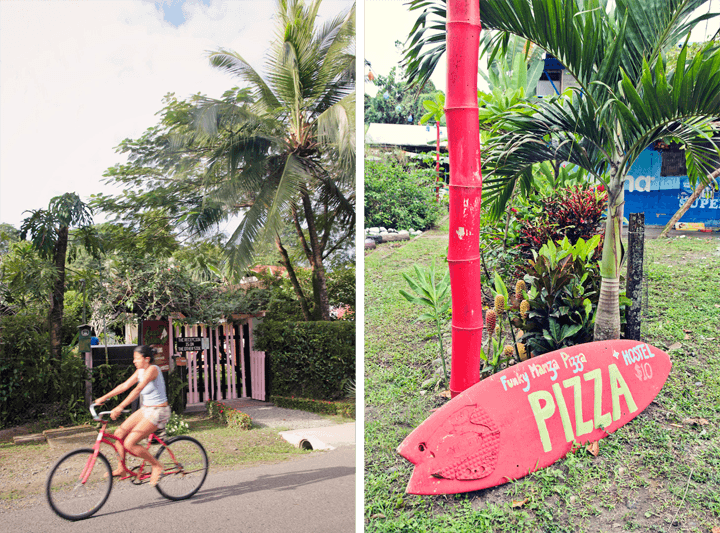 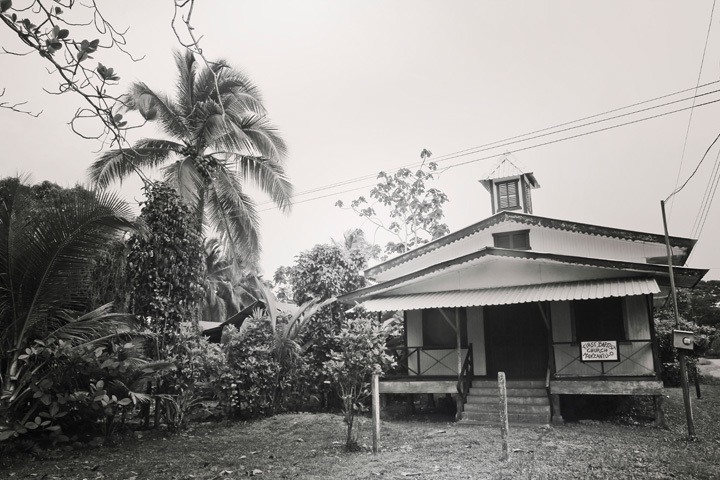 Our week was broken into two parts — four days in the charming seaside town of Puerto Viejo, and three in the capital city of San Jose, where my friends resided. Puerto Viejo was my kind of town. Laid back vibes, tropical temperatures, and the perfect blend of dilapidated and developed. Almost everything about it was perfect — except for the prices. If it weren’t for the protests of my wallet, I might have been content to never leave. 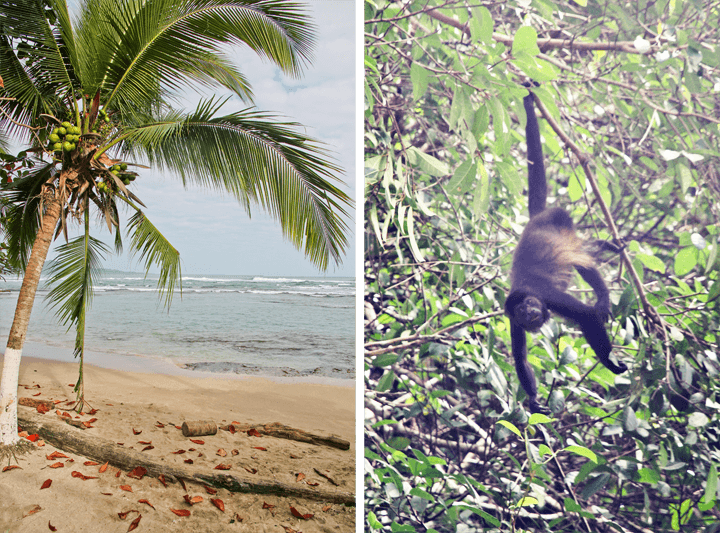 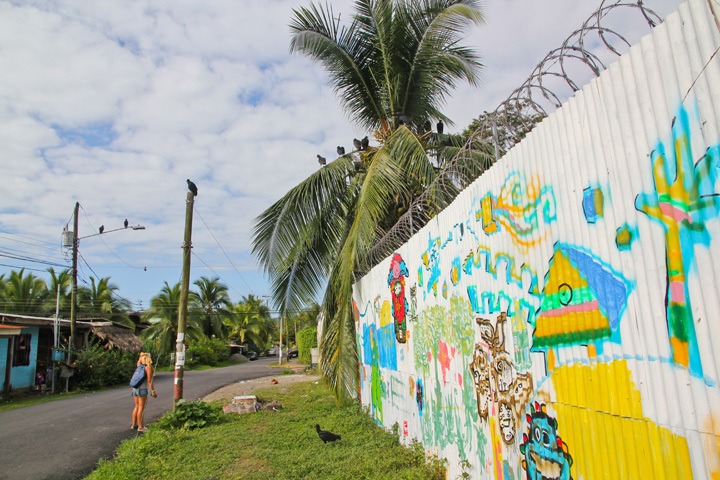 But we found a way to make it work. We stayed at the notorious Rocking J’s, a Central America backpacker institution (the fact that I didn’t take a single picture of this wild place is pure proof of how burnt out I was on travel). There, we mostly cooked our own meals — though we balked even at the cost of groceries! — and for entertainment paid $5 a day to rent bikes and beach hop. We did splurge at one restaurant in town more than once, the fabulous Bread and Chocolate (though, they could work on that name).

We also made time for two special activities. One was our magical horse ride, which you’ve already read all about. I stitched together our GoPro footage on my iPhone using the smartphone video editing app Together, and I’m pretty obsessed with the one-minute movie that resulted.

The second activity was also animal related. One afternoon we rode our bikes to the next town for a visit to the Jaguar Rescue Center. While there are no jaguars there — clearly, this town could use some assistance in the establishment naming department — there is an impressive array of other animals to see and interact with. You guys know how I feel about zoos and aquariums, but this place passed the sniff test (I mean, not literally… jeez, there were hundreds of animals there.)

The Jaguar Rescue Center is a non-profit organization that works to rescue and rehabilitate animals and ideally facilitate their release back into the wild. And because most of the animals end up at the center due to human encroachment on their habitats, the center has developed an educational program for the community about how to live harmoniously with the region’s endemic species. 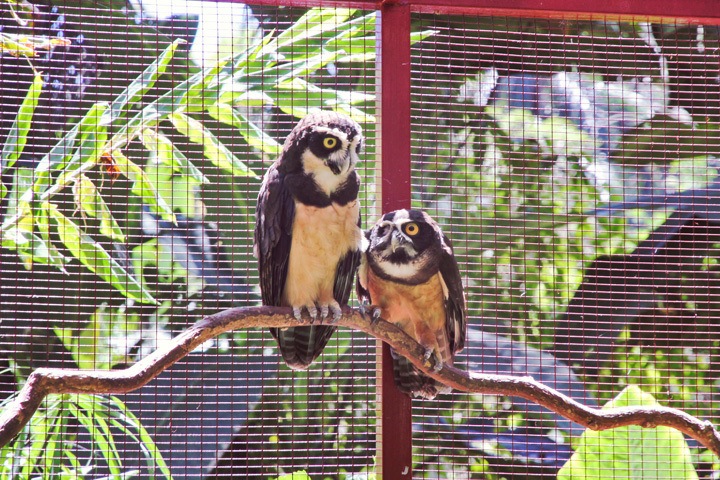 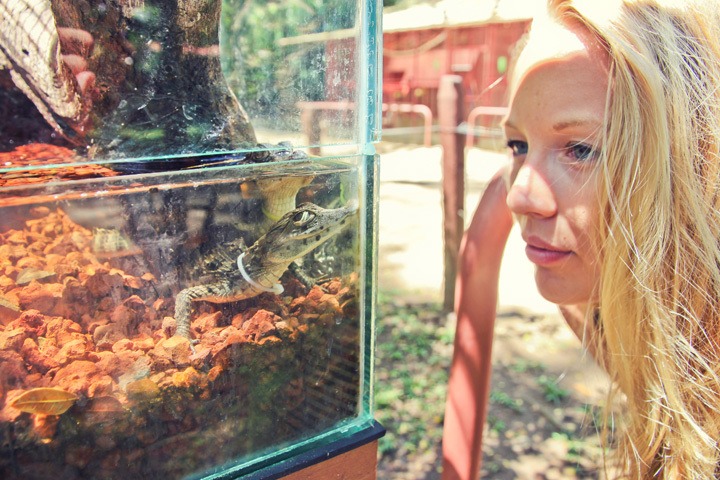 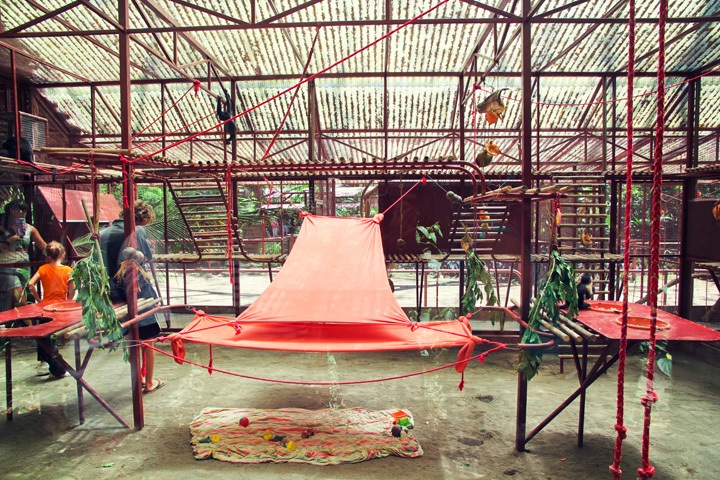 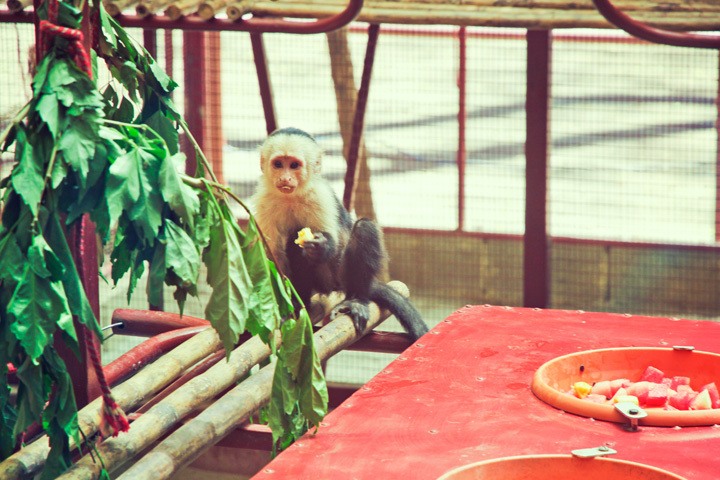 Our tour was led by a spirited long-term volunteer from Spain, who introduced us to the center’s resident cast of characters. Sadly, some animals are injured or otherwise handicapped beyond hope of rehabilitation, and so the center becomes their new home. 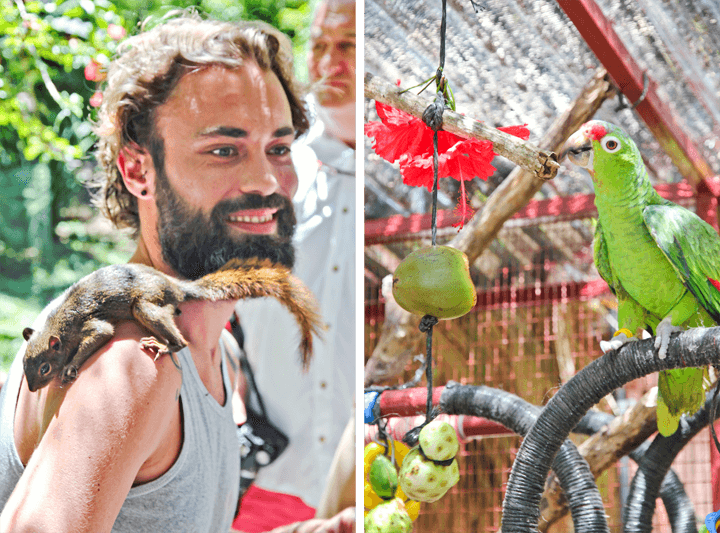 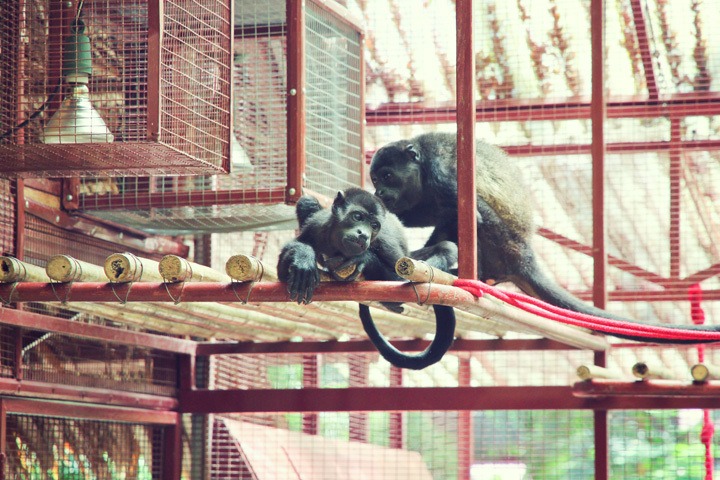 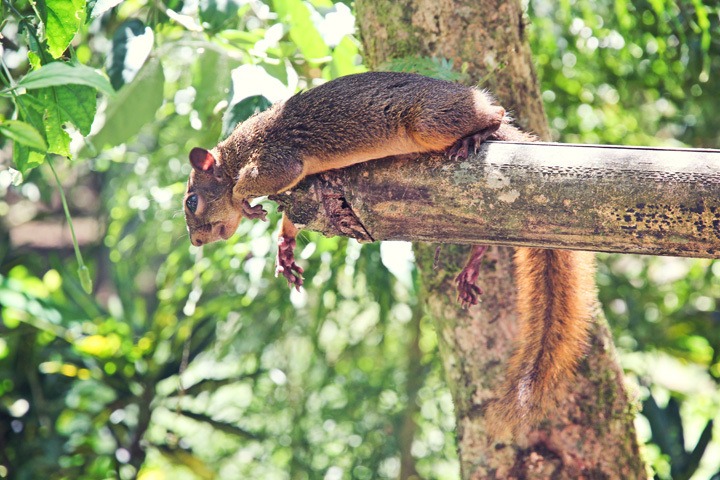 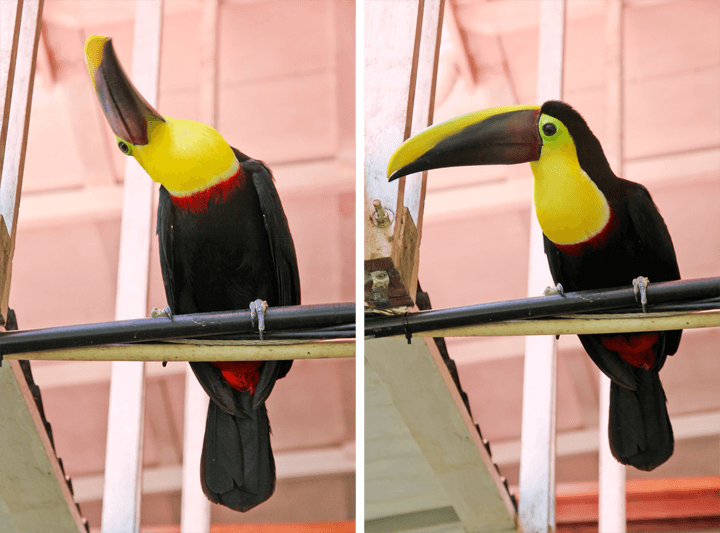 I was somewhat suspicious of some of the center’s methods — visitors are allowed and encouraged to touch baby monkeys that supposedly are also being prepared for a return to the wild — but, well, I’m no scientist. The center was well maintained and the animals appeared well cared for, and there were many success stories to be celebrated. 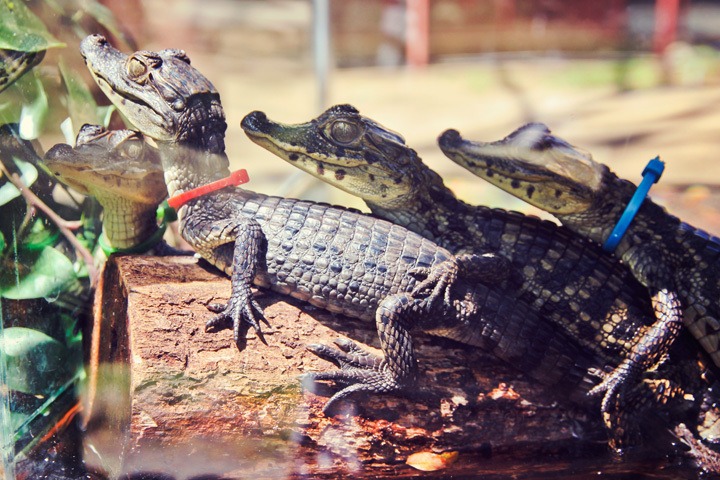 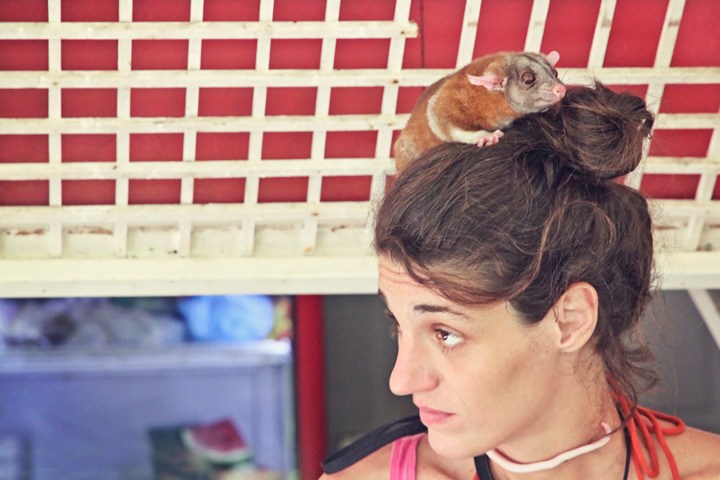 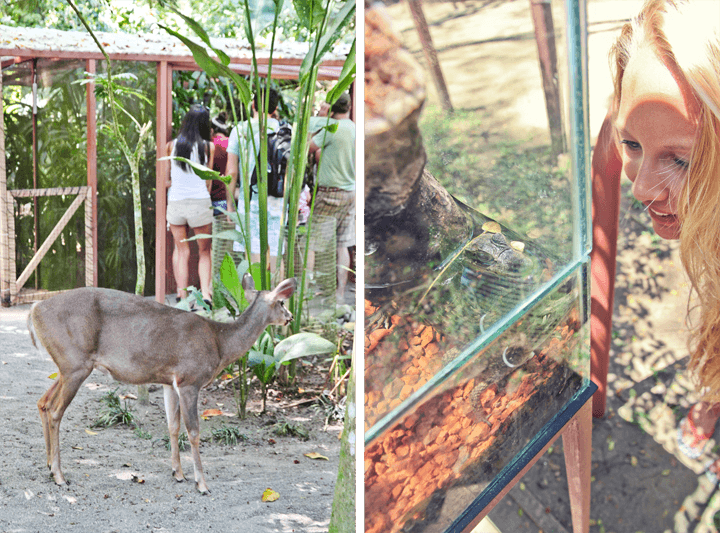 My favorite creature of the day was no contest — the sloth. We were even introduced to a newborn baby! The sloths were handled exclusively with gloves or blankets, as humans have oils on their skin that can be damaging to the animal. Whoops… I wish I had known that before I held one like a baby in Peru. Well, keep it in mind in case you ever need to rescue a sloth somewhere. 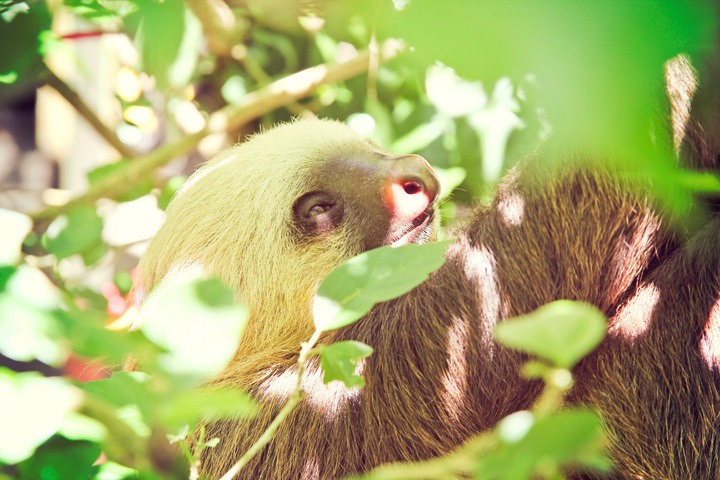 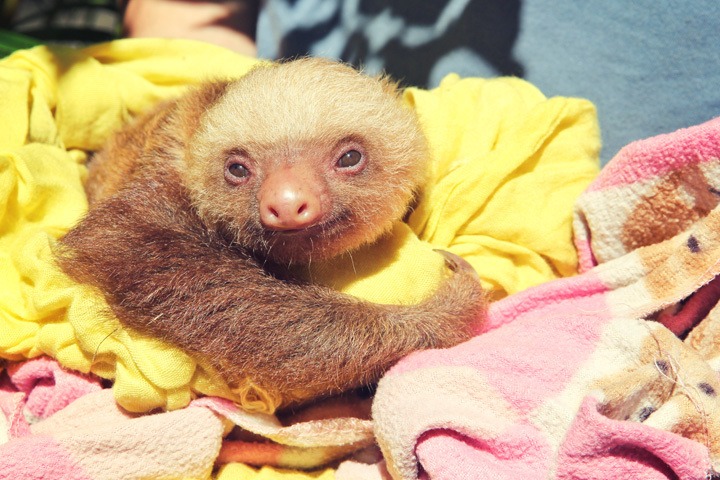 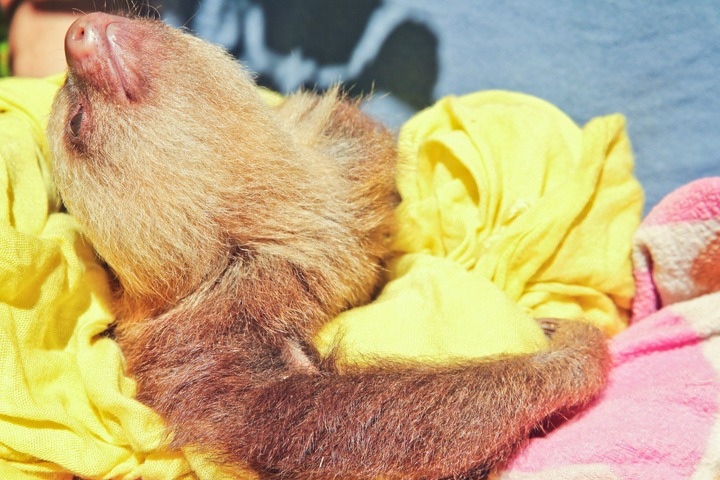 Before I knew it we were in San Jose. It was amazing to reunite with Dani and Mary, two of the hosts from my high school exchange program. Junior year, they came to stay with us in Albany for two weeks, and senior year, we switched and went to stay with them in San Jose for two weeks. It was a fabulous experience, and one of these days I’m going to have to scan my scrapbook of the trip so it too can be immortalized on Alex in Wanderland.

Over dinner with Dani and a trip to the coast with Mary, we reminisced about skipping school to tour volcanoes, dancing the night away in San Jose nightclubs, and that time their entire exchange group accidentally flew to Albany, Georgia instead of Albany, New York. Yup. That happened. 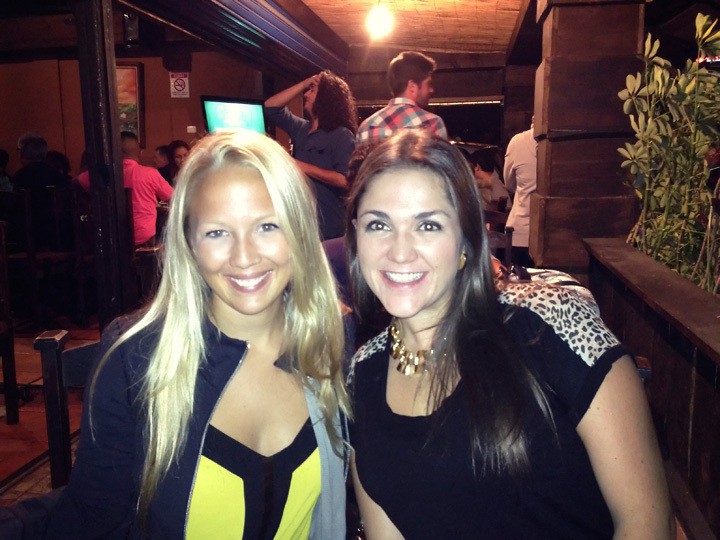 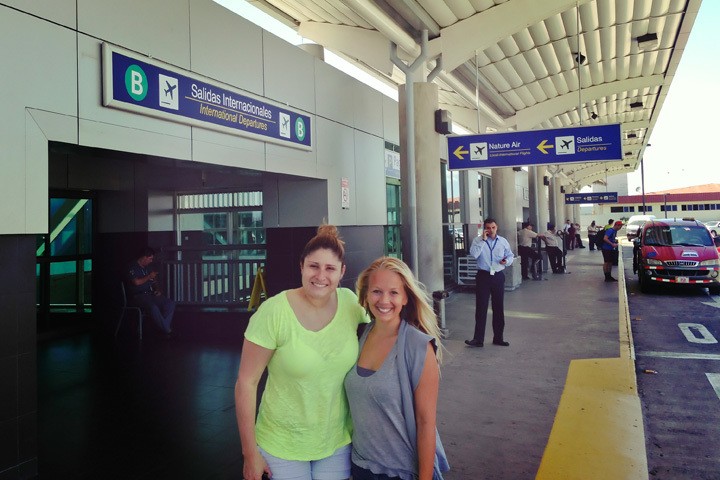 Otherwise, having seen all the San Jose sights my first time around, Anders and I simply chilled around our hostel. There was a pool to soak in and a mighty fine view over the city from the rooftop bar, and both were excellent locations to sit around and be nostalgic, which was exactly what we were in the mood for doing. 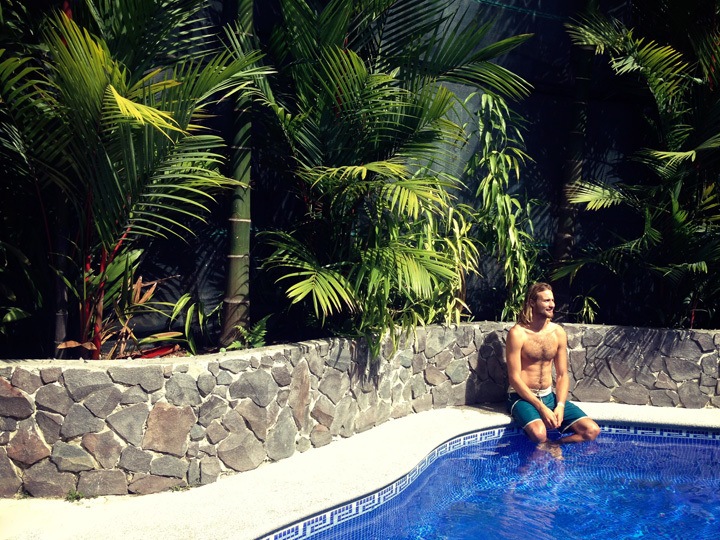 And before I knew it, I was on a plane back to my home country. Like all goodbyes, it was a bittersweet one. I was leaving behind the adventure that had been my life for the past five months, not to mention the guy who had been my copilot for four of them. But there was another journey ahead. Whenever I am struggling with moving onto a new stage in my never-normal life, I remind myself of the quote that has always resonated so deeply with me. As Latin America faded from my plane window, I repeated it to myself once again.

Our battered suitcases were piled on the sidewalk again; we had longer ways to go. But no matter, the road is life.
― Jack Kerouac, On the Road 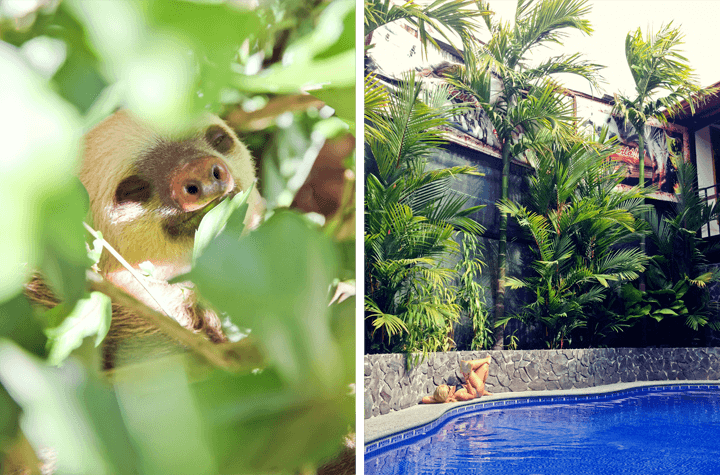 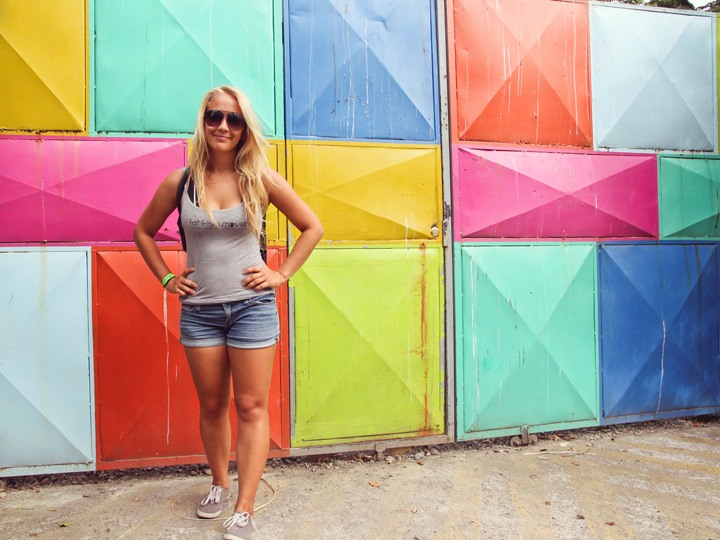 The Problem with Puerto Viejo

The Problem with Puerto Viejo Photo of the Week 151
52 Comments...