Photo of the Week 43

Posted in Diving– Photos of the Week– Thailand
18 comments

This week I got a chance to return to Sail Rock and do some fun diving. Sail Rock is one of the most famous dive sites in Thailand but it takes about two hours to reach from Koh Tao. It wasn’t necessarily totally “fun” though considering the water was so very rough and the ride out so very long that I spent about 5 hours of the day being totally seasick. At one point I slipped on the boat, fell straight on my back, and tore a tiny hole in my brand new expensive wetsuit. Then, to top things off, I dropped a tank on my hand and I’m pretty sure my fingernail is going to fall off. I can’t even stand how glamorous my life is sometimes.

But it was all worth it in the end (actually, get back to me when I have nine fingernails) because I got some amazing shots. I’m going to have to do a full post later because even after several edits I still have 111 photos! As for Photo of the Week, after much pain and consideration I narrowed it down to about ten and then had to let my friend Kathryn pick the final four because it was just impossible for me to eliminate. 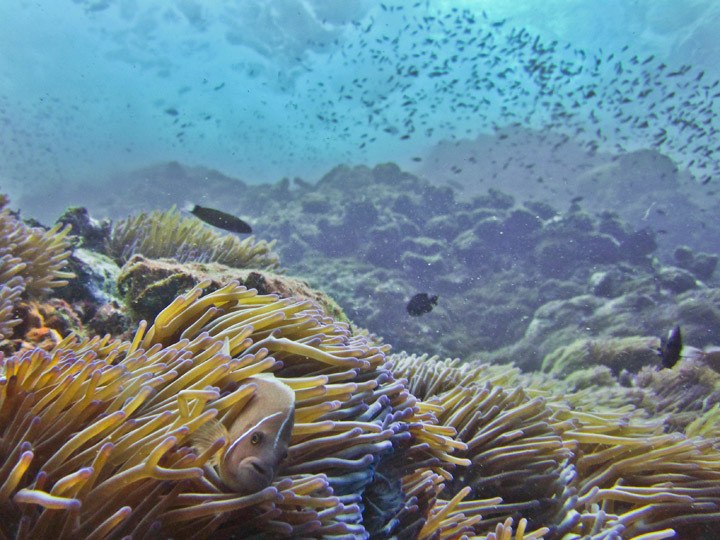 I absolutely love clown fish! This little guy, helpless to the currents, looks like he’s in outer space. 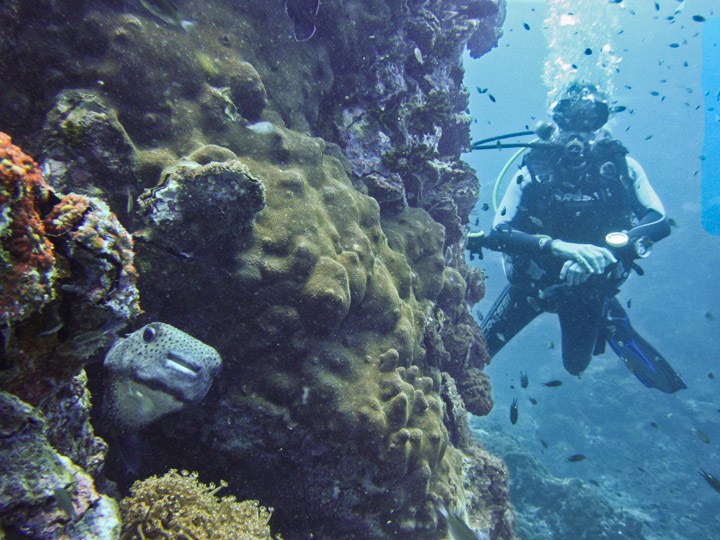 I adore this photo of Kathryn and our little puffer friend peeking out from behind the coral. 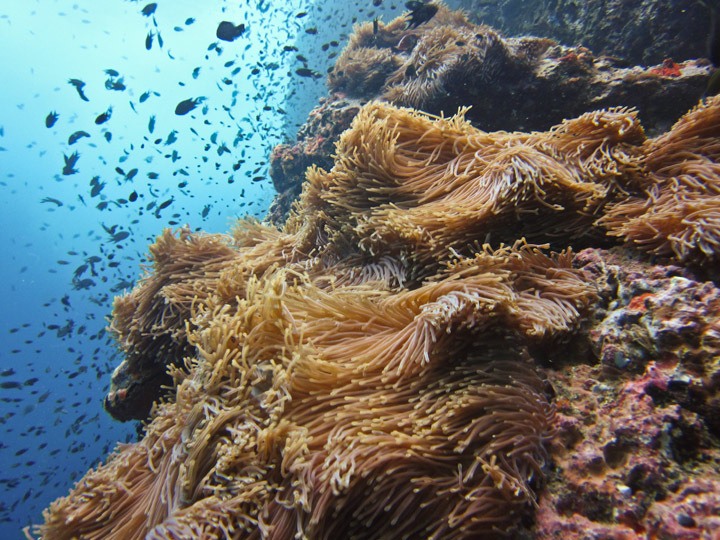 Sail Rock is all about movement, and I think than comes across even in this still photo, where the anemones are lashing about in the current. This photo was taken shallow as well so the colors are crisp and clear! 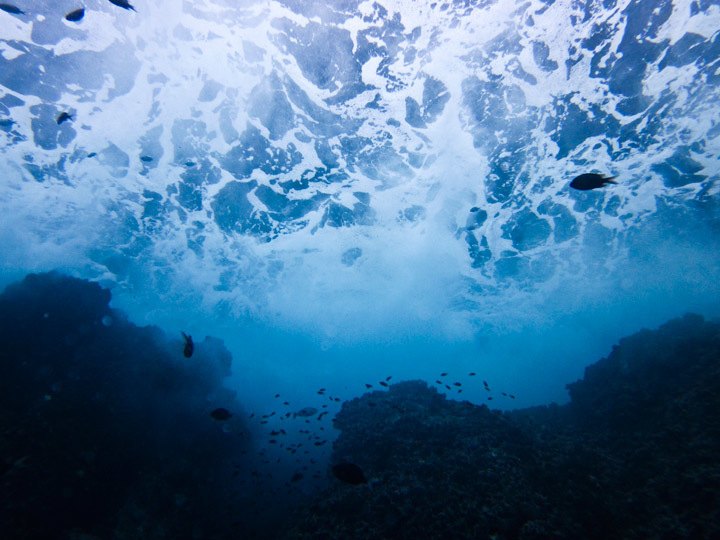 To me, this is the image of Sail Rock: looking up and watching waves crash against the rock itself, fish being pushed around endlessly by the rushing water.

Which is your favorite photo? Leave your vote in the comments below!

What’s Keeping You Out of the Ocean? Debunking Diving Myths

Diving in Greece: Submerged in Santorini