The Pursuit of Happiness

I’ve sat down to write this post so many times and either stared at my keyboard blankly or typed a flood of incomprehensible paragraphs that confused me so much I would end up slamming my laptop shut.

I’ve been waking up a lot lately with a heaviness that sits with me through the day.

It’s pretty hard to say “I’m not happy” when your life looks like a mashup of The Amazing Race and The Bachelorette. I basically won the global lottery — I was born healthy in the United States to an upper-middle class family that loves me. Looking at how stacked that deck is makes it difficult to lay out your cards and say there’s something off.

I’ve been struggling with this feeling of slight discontentment for a while now, but tried to silence it, or shove it to the back of my mind. Because really, it’s not unbearable. I still laugh when something funny happens, smile when I see something beautiful, get my work done on time and am generally just fine. Yet something is off. When I think back to some of my happiest times — when I was on Hawaii, for example — I know that I don’t have that radiant joy and that insatiable energy right now. What I don’t know is why.

When you’re traveling constantly and so many variables are changing all the time, it’s hard to isolate the source of your unhappiness and cherry pick it out of your life. 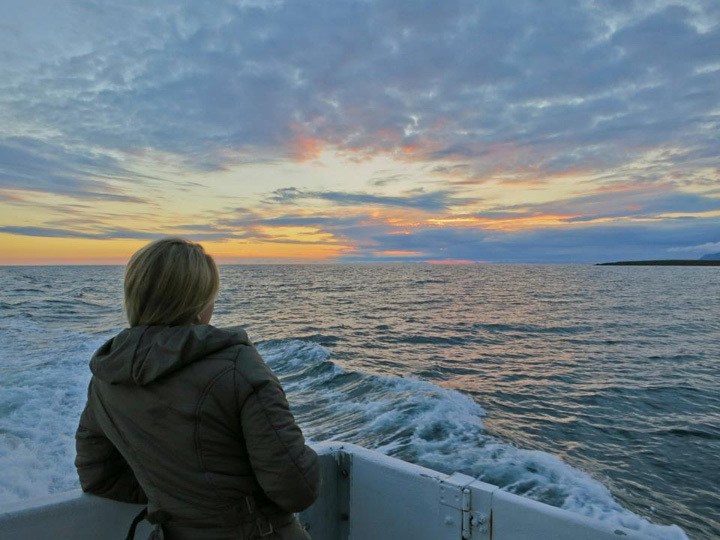 While I wouldn’t label myself homesick, I have a lot if anxiety surrounding my relationships. Do my friends in Brooklyn miss me? Has it really been two months since I got my college best friend on Skype? Am I still considered part of the crew in Albany? Does the person I thought of as my closest friend throughout my travels ever think about me? Am I still am honorary member of what I’ve always referred to as my second family? Am I good daughter, a loyal sister? It comes down to this: Am I a meaningful part of my loved ones lives?

I cried myself to sleep last week when an offhand, completely innocuous comment made by one of my closest friends sent a signal to me that our relationship had changed. While Anders consoled me he told me that he had been blown away by the warmth radiating from my friends and might-as-well-be-family he had met in his visit to the US. “You have so much love around you, girl,” he told me. And it only made me cry harder. Can I really be offended by a skipped phone call or a missing invitation when I’m the one constantly absent from their lives?

And I don’t just miss those people, I miss having people in general. For the most part, I find connecting with other travelers and expats to come naturally and I deeply cherish and invest in the relationships I make on the road. But in South America, there’s been a notable lack of them. I can think of just three people from the past 3+ months of travel who I felt a strong and lasting connection to. 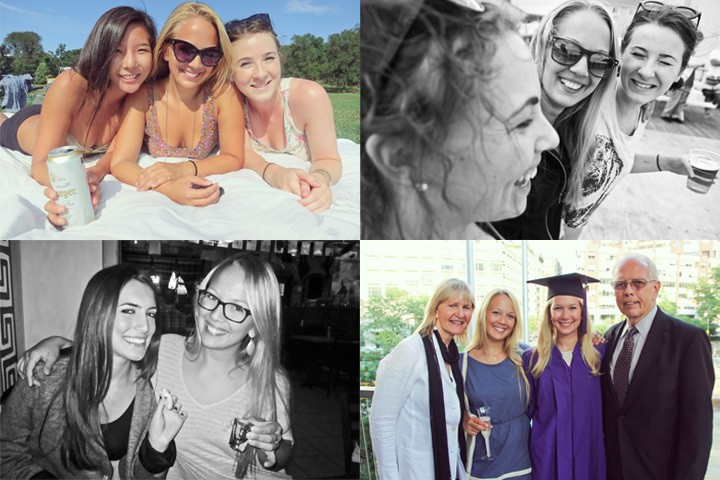 Homesick for My Second Home

I miss Southeast Asia, deep down in my bones. I long for her in the obsessive, all-consuming way you’d miss a lost love. What I miss the most isn’t the delicious food, or the fantastic diving, or the peaceful islands, or the vibrant cities – it’s the way I feel when I’m there. Thailand has been magnetically pulling me back since I first stepped foot there in 2009, and over time has become my second home. That country just wrecks me in every way.

Recently, my memory dredged up a post I read years ago by one of the world’s funniest bloggers, Sally. But her explanation of the Portuguese notion of saudade was nothing to laugh over — she described it as “a potent mix of yearning and nostalgia; a feeling so complex that it is not easily talked about,” and “a wishful longing for completeness or wholeness.”

I simply haven’t connected to South America in the same way I did to Southeast Asia. Sometimes it feels like my heart is halfway across the planet. Realistically, I know I won’t be back for another seven months. That hurts my heart to think about – can’t I just stop time and dip back for a bit, really quickly? – but there’s nothing I can do to change it. I just need to find a way to be happy in the present.

We have a pretty big change of plans coming up — one that fills me with excitement — which I’ll announce later this week. In the meantime, I’m trying to remind myself of the little things I’m loving so far about Latin America — being able to communicate in the local language, the abundance of avocados, and being in the same time zone as friends, family and colleagues (makes life and work so much easier). 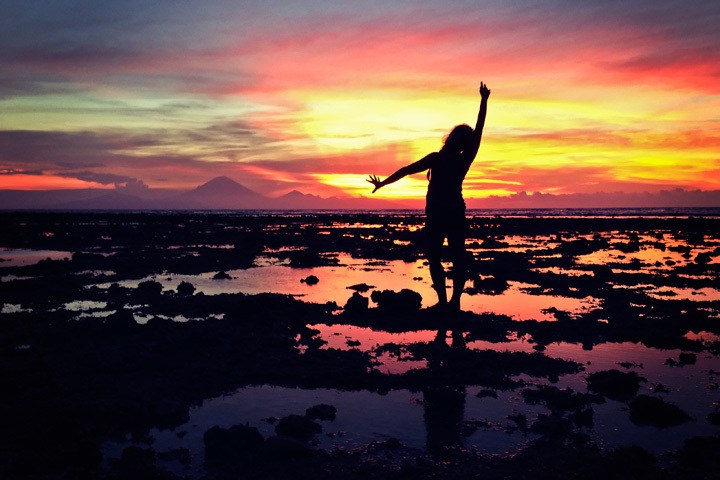 I’ve spent a lot of time traveling solo in the past few years. Anyone who has traveled alone can relate to the fierce independence that develops from doing so. But I also derived a lot of my identity and pride from it. I’ve also come to understand that I need copious, quiet time alone to be able to hear my own thoughts. When I’m surrounded by other people I have a hard time “checking in” with myself.

Traveling full-time with another person again has been a sometimes challenging transition. My patience with Anders is embarrassingly low and over time his has sunk to meet mine, which equals two people who bicker frequently. At the same time I know our time together is limited as he will soon return to Denmark to begin a degree, and soon I’ll be missing my sweet, easygoing travel buddy. It’s not easy for him to travel with someone working from the road and he handles it with grace. And let’s face it: some aspects of traveling are indescribably easier with someone else on your team.

We have started to find our way. Sometimes, we spend days apart — today, he’s hiking in a National Park while I work on a freelancing project. Also, we split our time between dorms and private rooms in order to meet other people and take pressure off each other. Those two changes have made a really positive impact.

Moving Too Fast or Traveling Too Much

When I left New York at the beginning of October I wrote that I wasn’t ready to go — my time at home had been too short and I felt rushed. Yet it started out so well – In Iquitos I was overwhelmed with joy at being back on the road. That euphoria faded somewhat as the days and destinations wore on, and I laugh now as I realize I’ve become exactly the kind of backpacker I’ve always said I could never be — constantly on the move for months on end.

Granted, I’m a pretty high energy traveler and for shorter trips, like my eight days in Iceland, I’m happy to cram it all in. But on longer trips, for example my most recent five month trip to Southeast Asia, I started with three weeks on Koh Tao and I wound down with five weeks on Gili Trawangan. While on this current journey I have moved slowly compared to many travelers (I spent a whole 2.5 months in Peru!), the longest I have stayed in one place was ten days.

What have I learned from this? In the future my long-term trips must involve some significant pauses where I can settle down, catch my breath, and recharge. Also, though it makes much less sense budget-wise, I may try to shorten trips to regions other than Southeast Asia (which, as I’ve established, is like a second home) to 6-8 weeks rather than 6 months. 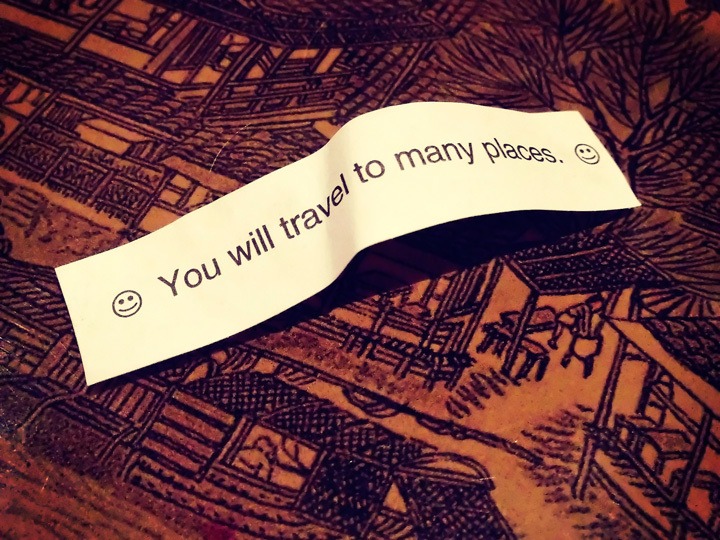 The typical South American dish is made up of 90% carbohydrates, 9% protein, and 1% vegetables, followed by heavy heapings of sugary desserts that I find impossible to resist. Occasionally it is possible to find healthy food, though at much higher price — which I’m always willing to splash out for. But those places are hard to find. As a result, not only have I gained some weight again — I’ve seen my self-esteem plummet and my frustration with myself rise. My self-esteem and mental health are heavily tied to how strong and fit I feel — I think it’s no coincidence that one year ago when I was at my lifetime peak of fitness, I was also at one of my lifetime peaks of happiness.

I have started to make changes. I’ve cut way back on sweets and I tend to take whatever rice/bread/potatoes are on my plate and give half of them to Anders immediately. And I work out a decent amount, for a traveler — I went for runs on the beach in Montanita, hit up an actual gym in Guayaquil, and went to yoga in Mancora. But I need to get back to  working out religiously and being more vigilant about seeking out healthy eating options.

Maybe I’m a little depressed. I’ve struggled with anxiety and depression in boughts throughout my life and I can’t help but feel a minor one rolling through right now. I know for a fact that I’m not doing the things I need to do for my mental health (daily exercise, huge doses of Vitamin D, etc). It’s so hard to separate mind and place – would I feel this way if I was sitting in this moment in Thailand? Would I have been happy had I been here this time last year? 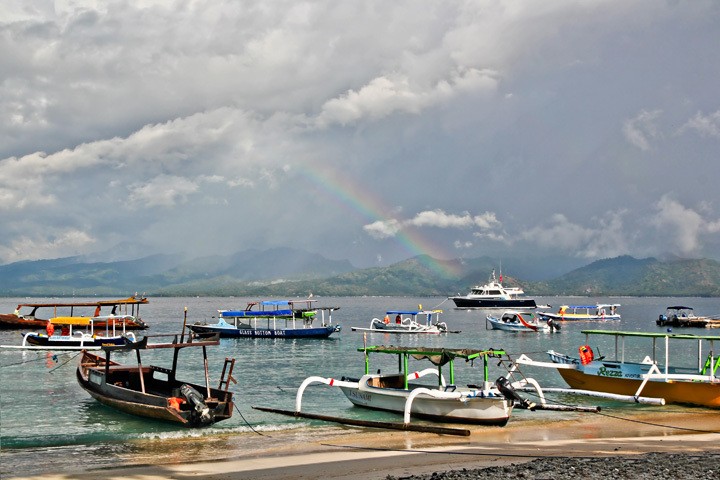 Blogging about tough concepts has always been positive for me — both the cathartic process of writing thought the issue and then heeding your wise words after. It also keeps me accountable, in a way. Once you publicly announce something is off in your life, I think you give yourself that extra push to correct it. In fact, I’ve felt a positive impact from just working on this post for the past two weeks.

Thanks for being here guys, for the shiny photos and the fancy destinations and also the hard stuff too.

Let’s Talk: The Ethics of Zoos And Aquariums

So, How Do You Afford This?

A Rainforest Expedition: What We Did A Traveler’s Trio in Northern Peru
124 Comments...