Getting Wrecked! Diving the Bermuda Triangle

Note: I’m temporarily jumping out of my chronological Central America trip coverage to tell you about my very last stop en route back to New York: Bermuda! We’ll jump back into Guatemala soon.
.

The Bermuda Triangle. For sailors, pilots, and general seafarers, the thought of the mysterious region inspires pure dread. For divers, especially those with a penchant for exploring wrecks, the idea of the Bermuda Triangle is more than a little appealing. 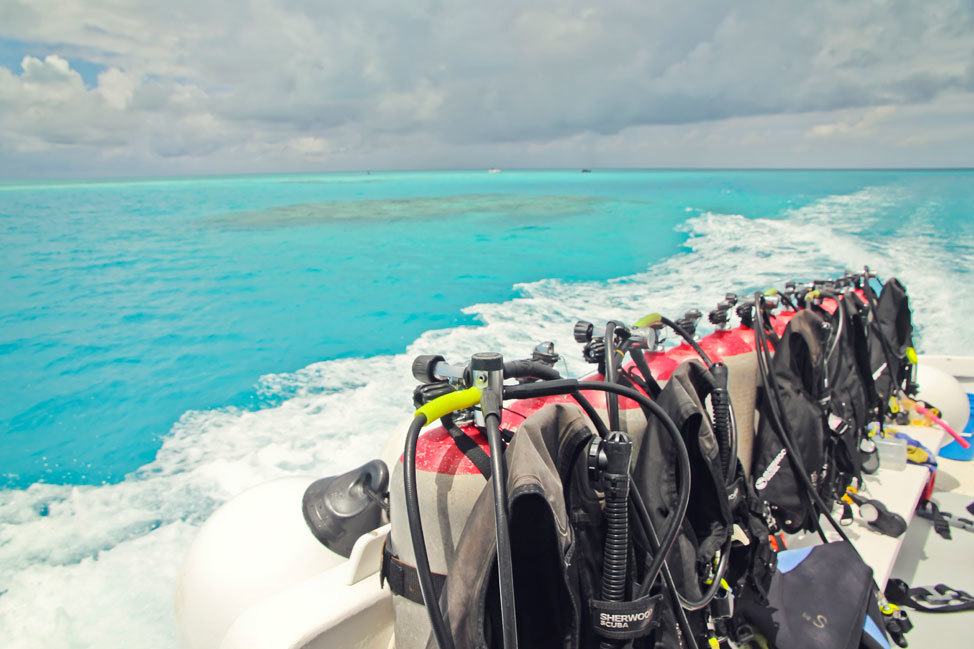 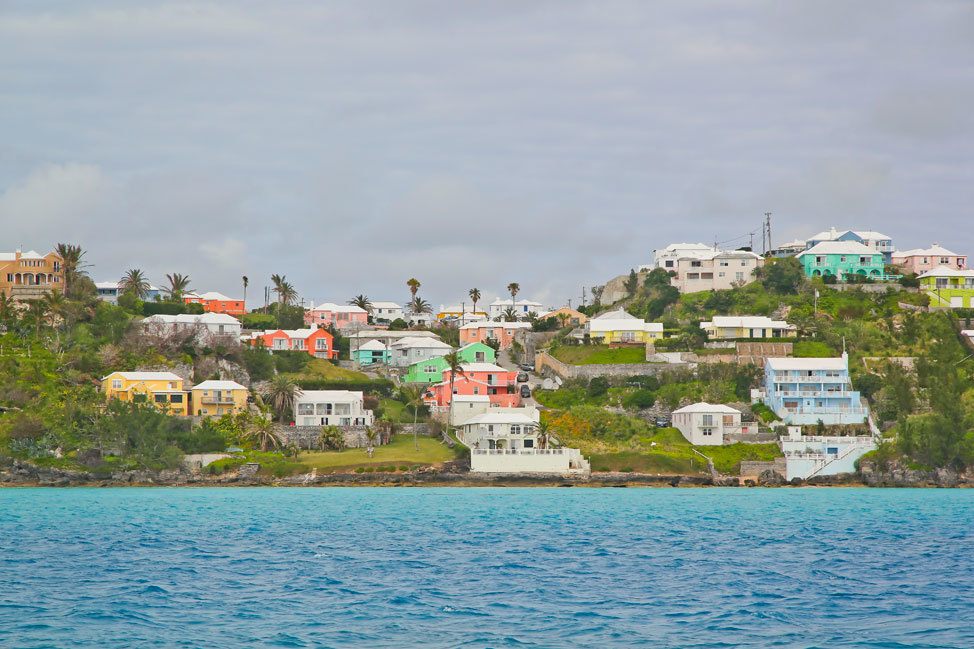 As soon as I knew I was Bermuda bound, I was itching to hop on a dive boat. Having the concierges at the Hamilton Princess & Beach Club set us up was easy peasy, and going diving from the hotel is about to get even more convenient — soon, they’ll be launching a watersports center right in their private marina. Dive excursions will leave directly from the launch, meaning you’ll be able to swap room key for regulator with zero commute to a dive shop.

And even more importantly? You’ll be able to go straight from hull to hot tub upon return. 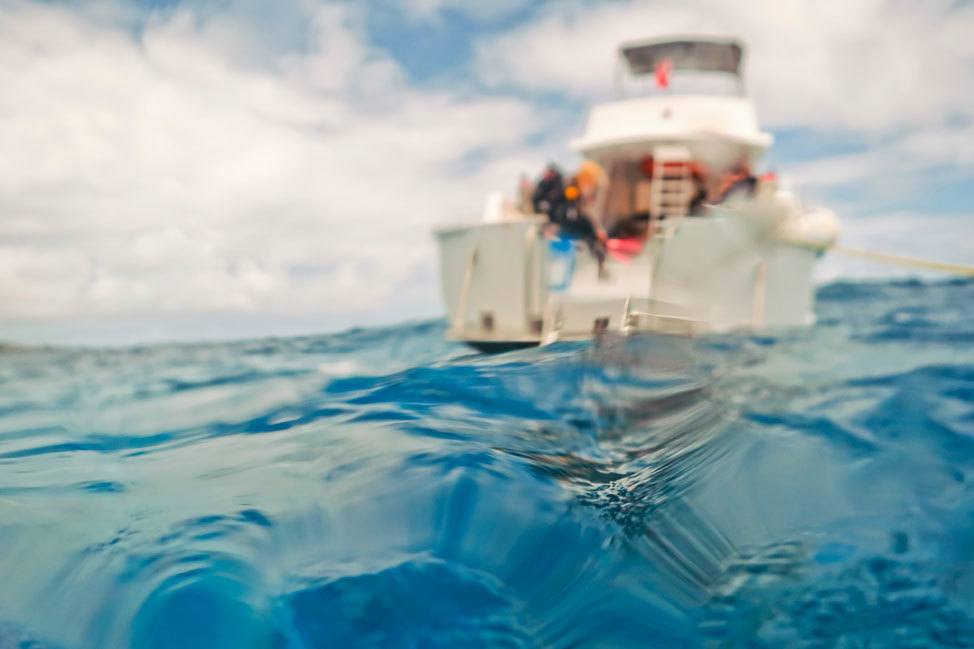 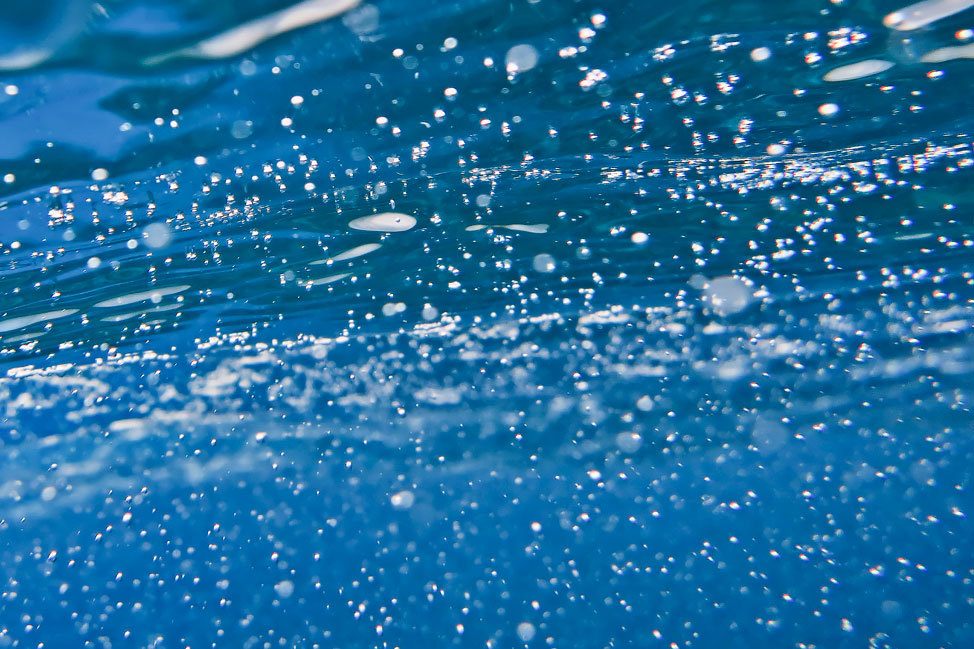 I couldn’t have been more pleased to learn that our divemaster Ray was a local Bermudian and had been exploring the shores off the island for more than twenty years. He was incredibly knowledgeable about local sealife and we bonded over everything from lionfish culling to Peter Benchley memorabilia.

Though there were nine divers on our boat, each group paired off with individual divemasters to allow for a more personalized experience — for example, I wanted to go slow as I had my camera, and check out some of the swim throughs that not all divers would feel comfortable entering. 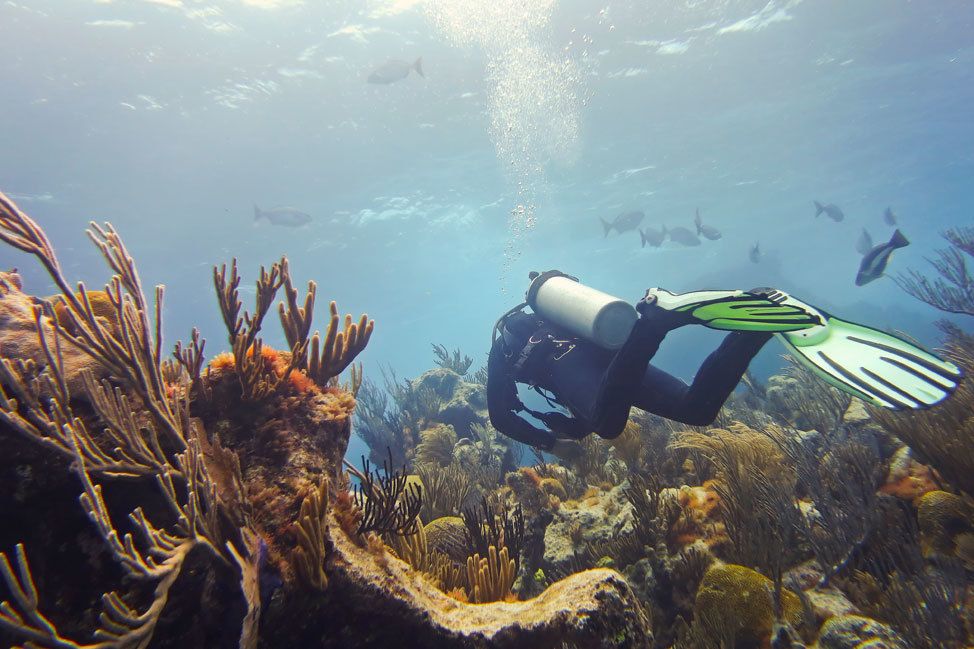 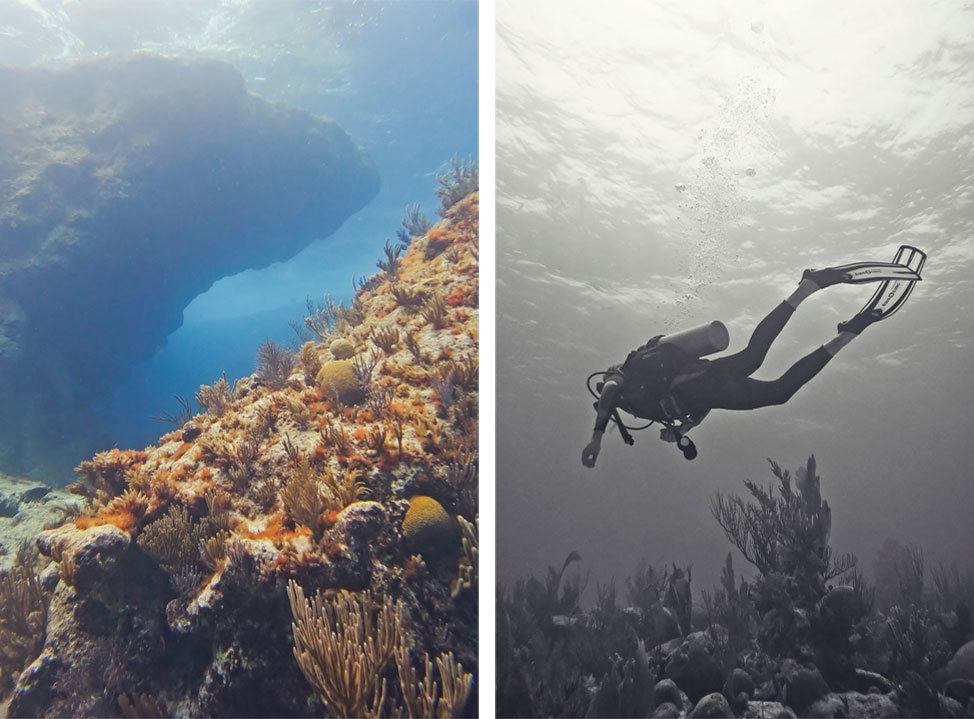 Our first dive site was Southwest Breaker, a classic example of what I’d learn were Bermuda’s gin clear waters and healthy reef systems. It was also, our fellow Peter Benchley fans will be thrilled to know, used as a filming location in the movie The Deep.

I was always under the impression that Bermuda was nothing but wreck diving, so I was surprised to learn that the reefs are considered a highlight as well, though as soon as I saw the colorful array of coral I could understand why. While fish weren’t exactly plentiful, it was quality over quantity. Massive groupers had me gaping into my regulator, and I snapped the best picture I’ve ever taken of an ever elusive parrotfish. 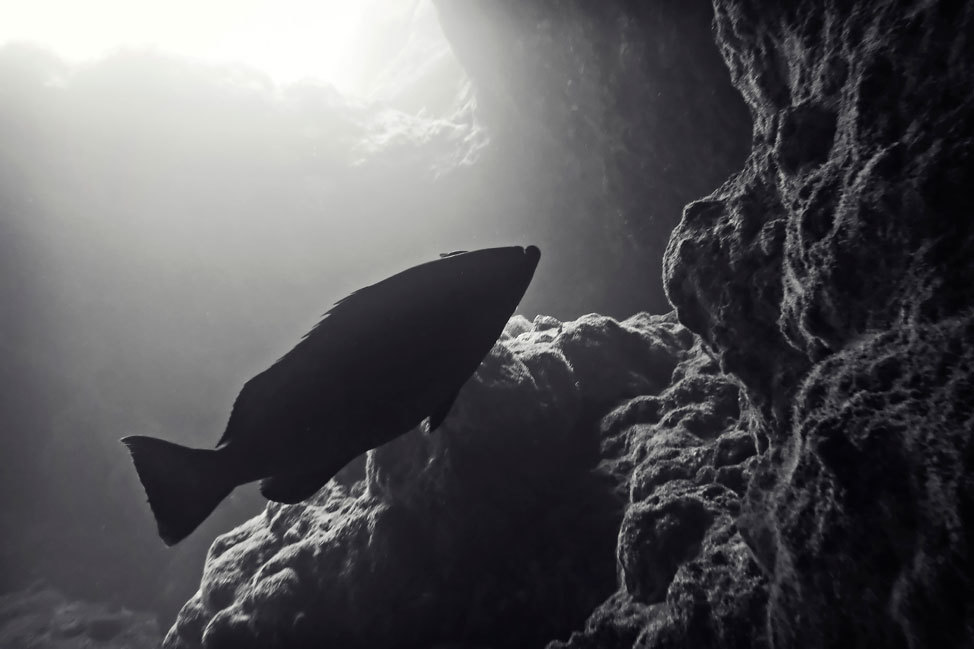 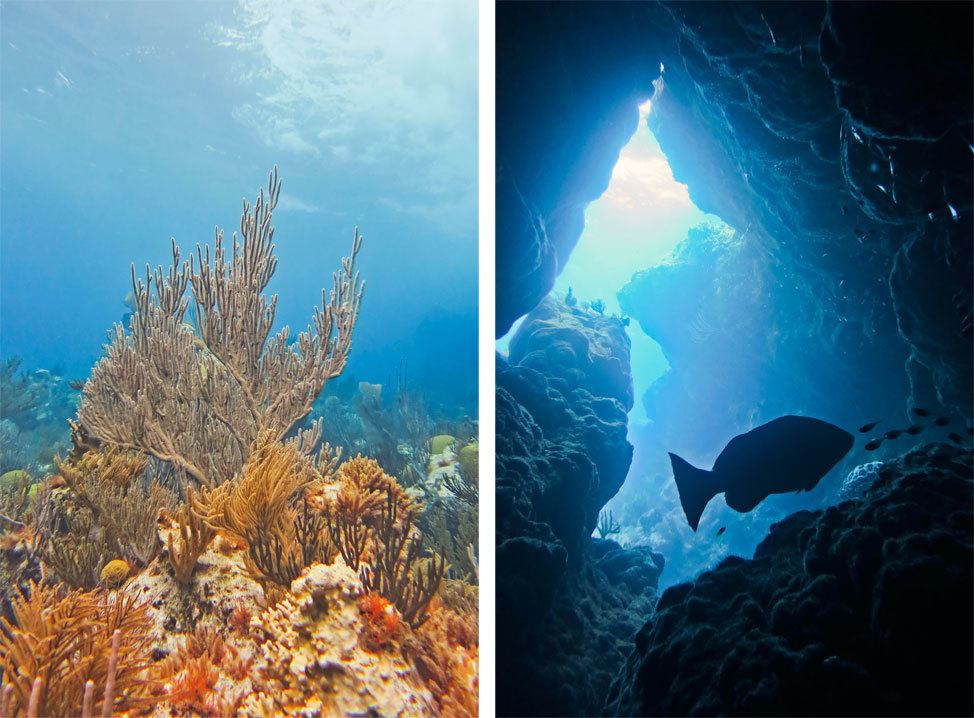 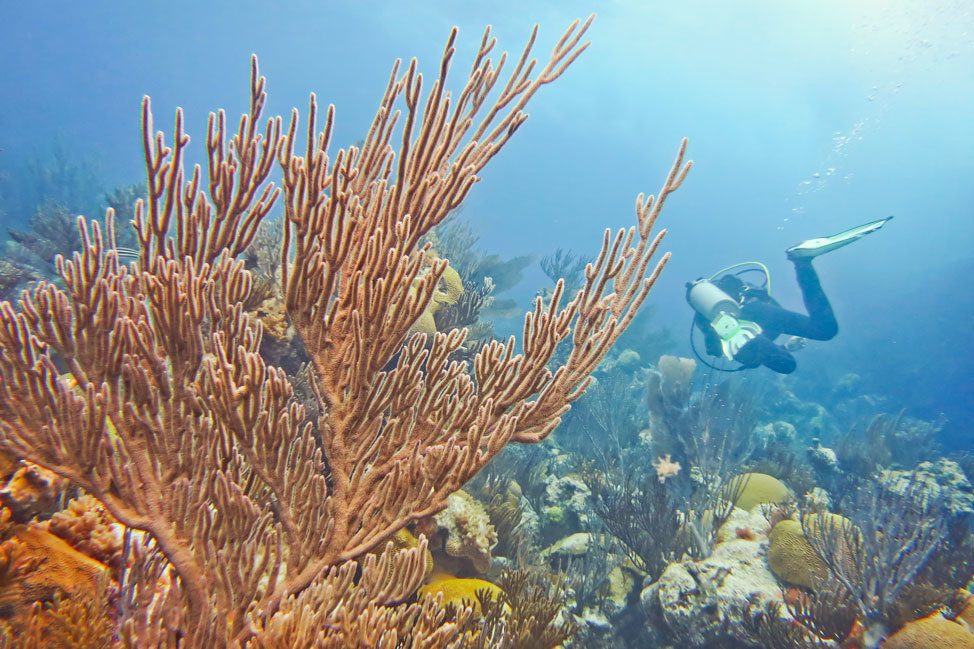 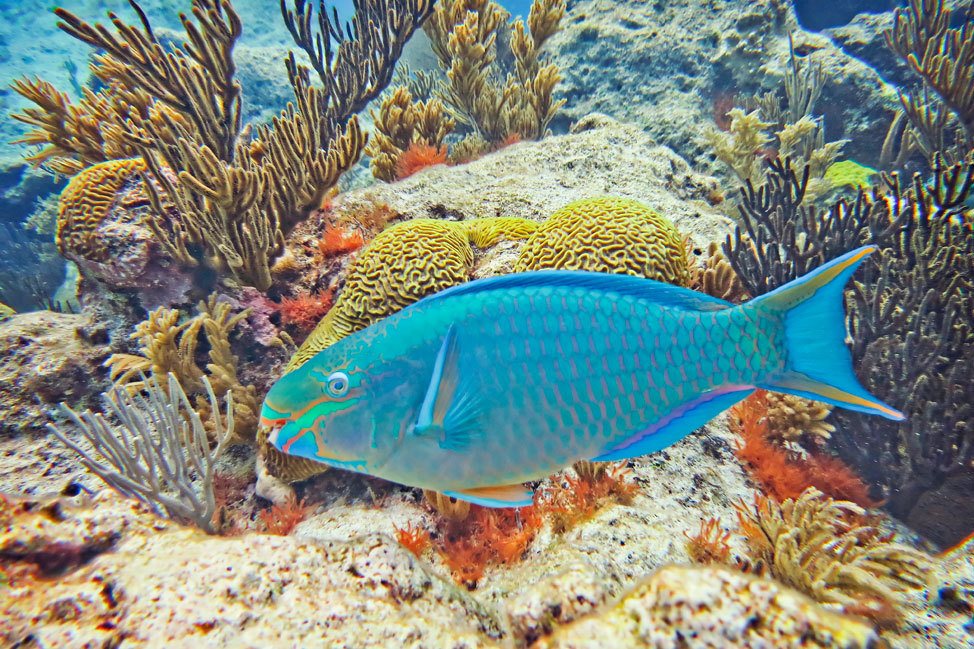 He was a surprisingly cooperative model. 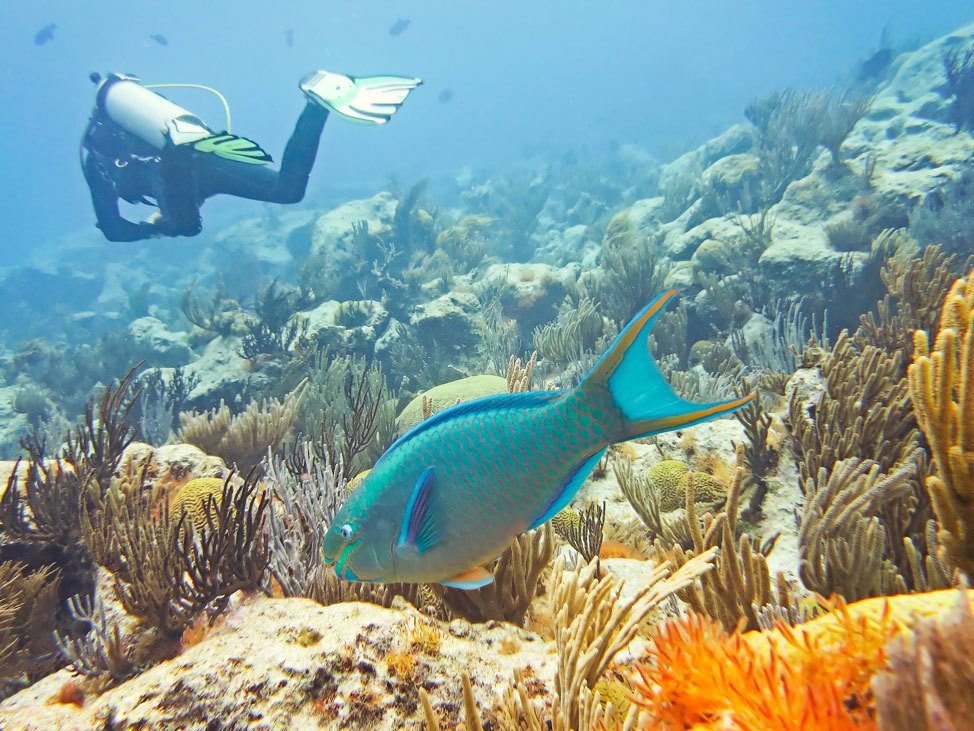 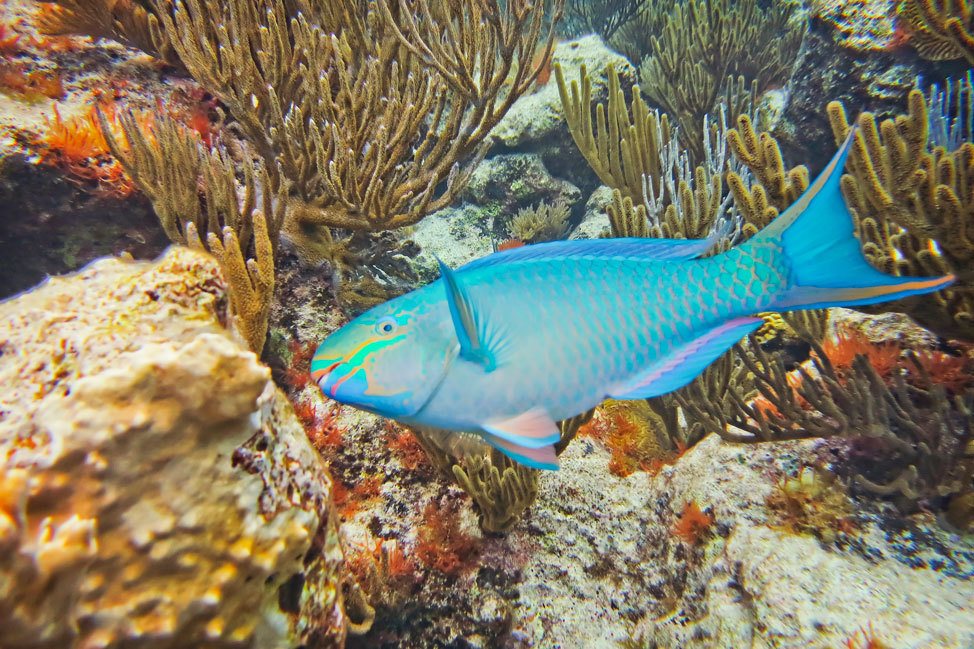 I was as impressed with Ray’s underwater skills as a divemaster as I was with his topside ones. He moved slowly as requested and waited patiently when I tried to capture something through my lens. His signals were clear and thorough, and it was obvious he takes his job seriously.

Having completed the divemaster course myself, I can truly appreciate those who are great at what they do. 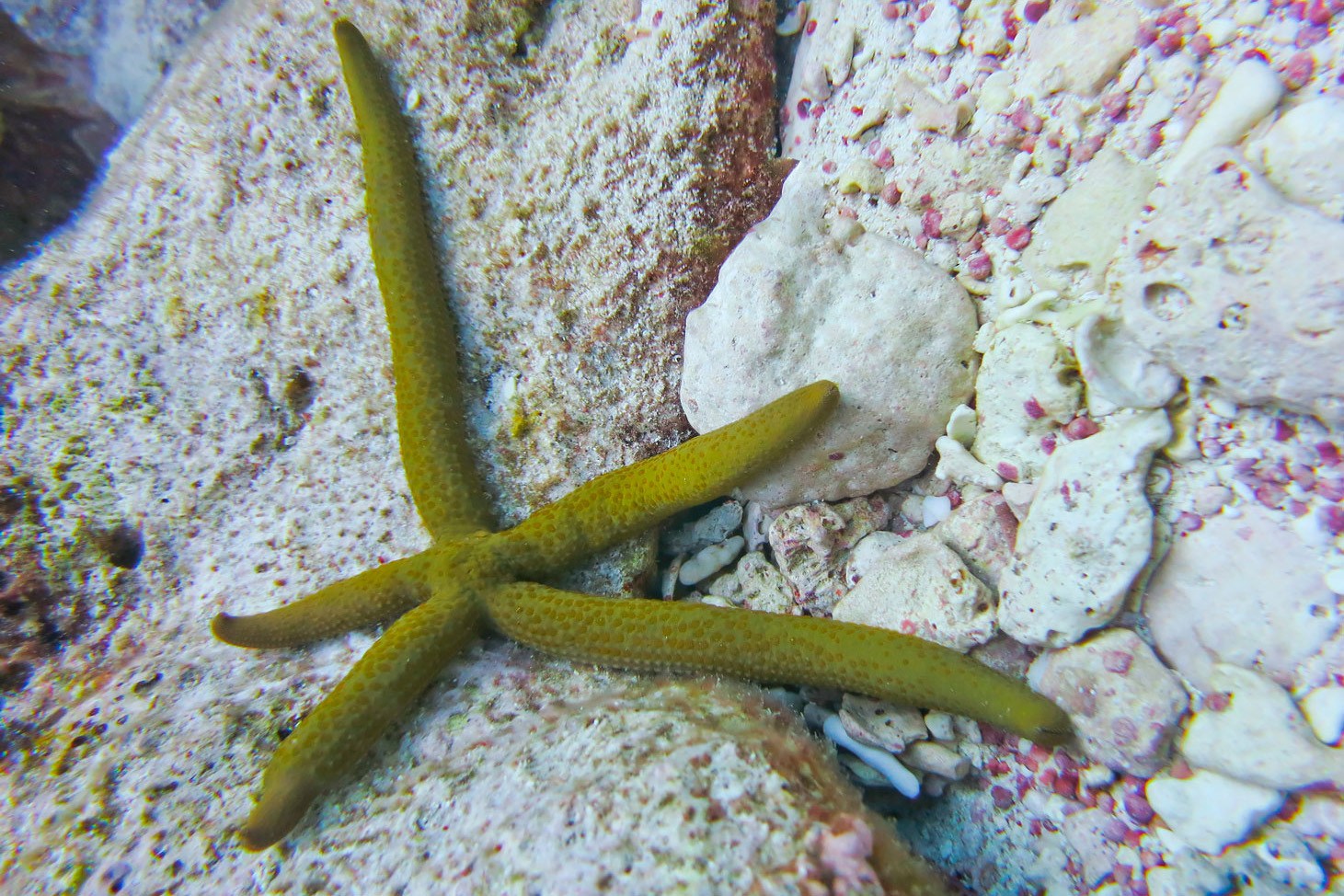 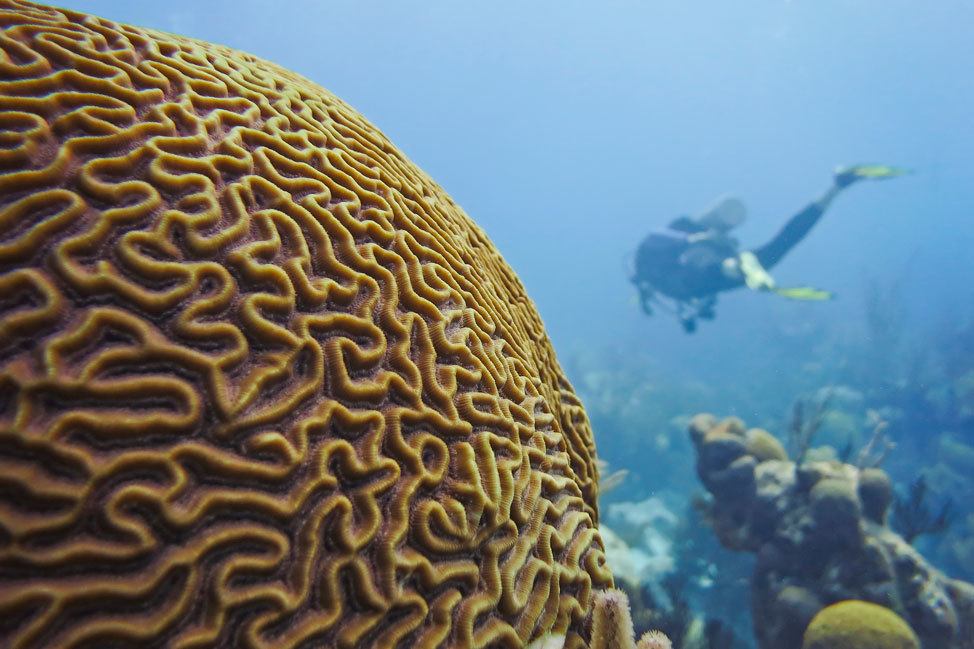 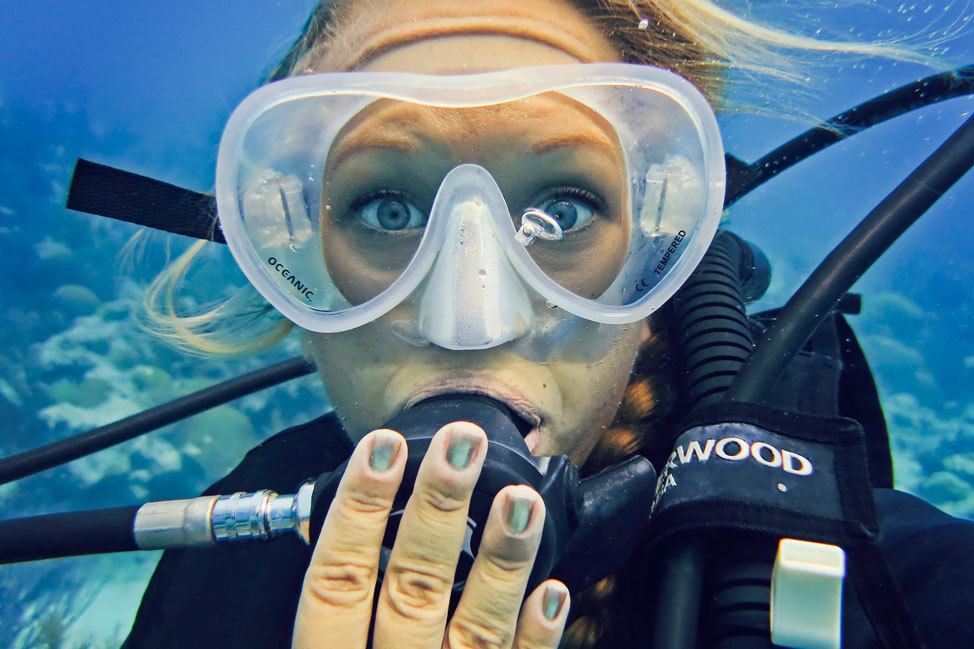 Surprise #8: Bermuda has more than just wrecks to dive.

Bermuda diving? It was taking me by surprise — and I have the shocked underwater selfie to prove it.

Our next stop was, indeed, a wreck dive. That famed Triangle has left over three hundred shipwrecks scattered around Bermuda. Three hundred! Though “only” around 38 are regularly visited by divers, it’s safe to say that a diver could visit Bermuda many times and not dive the same wreck twice. 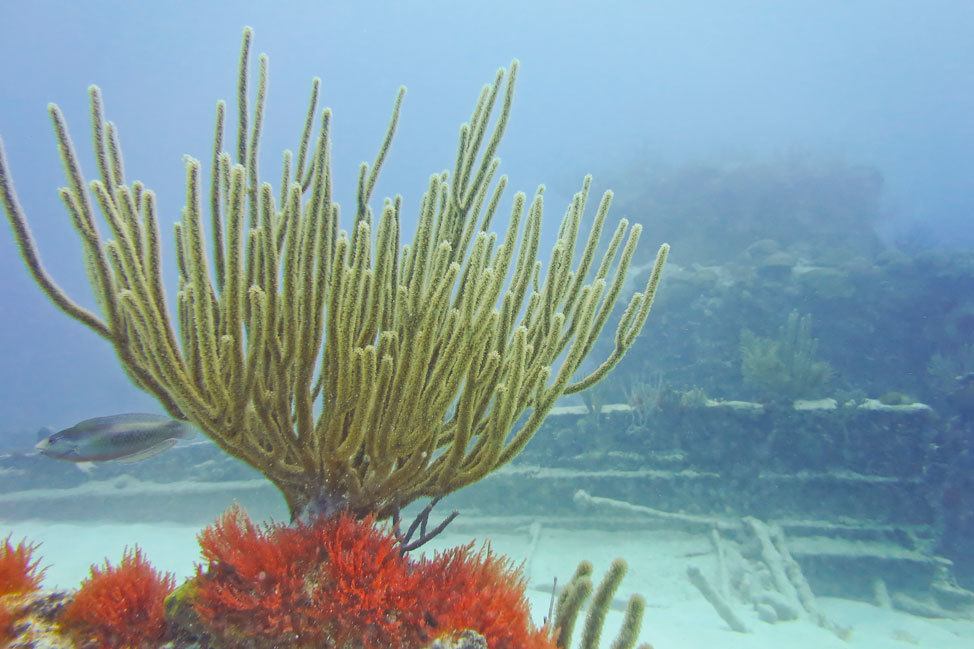 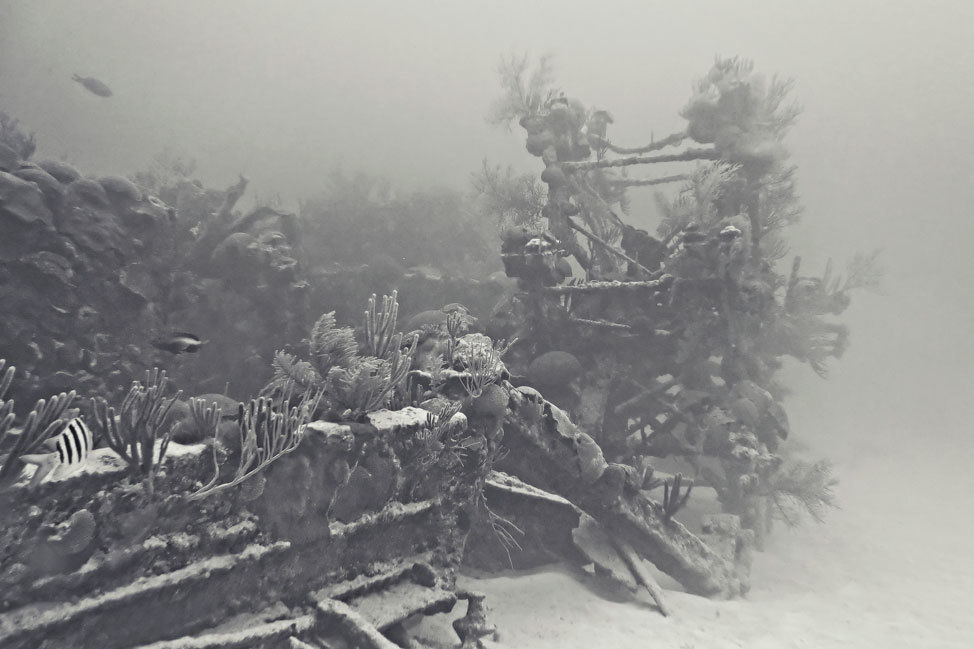 Our destination on this day was the Marie Celeste, a former blockade runner who found her final resting place fifty-five feet below the Bermuda shoreline when she sank in 1864. The 225-foot steamer is believed to have sunk while smuggling ammunition and other supplies during the American Civil War.

The ship’s iconic paddle wheel is still in fantastic shape, and draws admiration from divers from around the world. 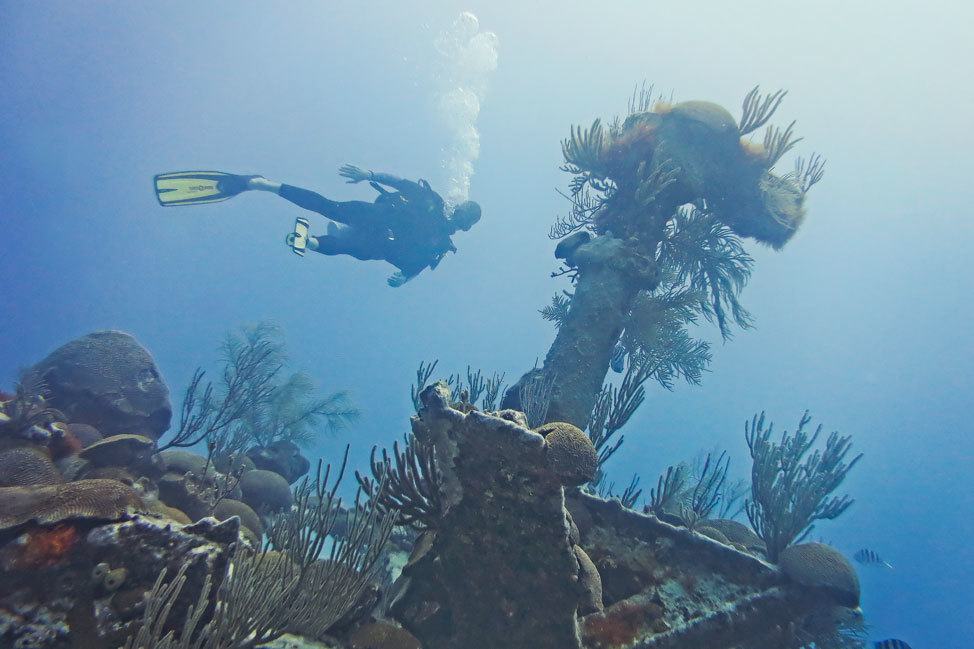 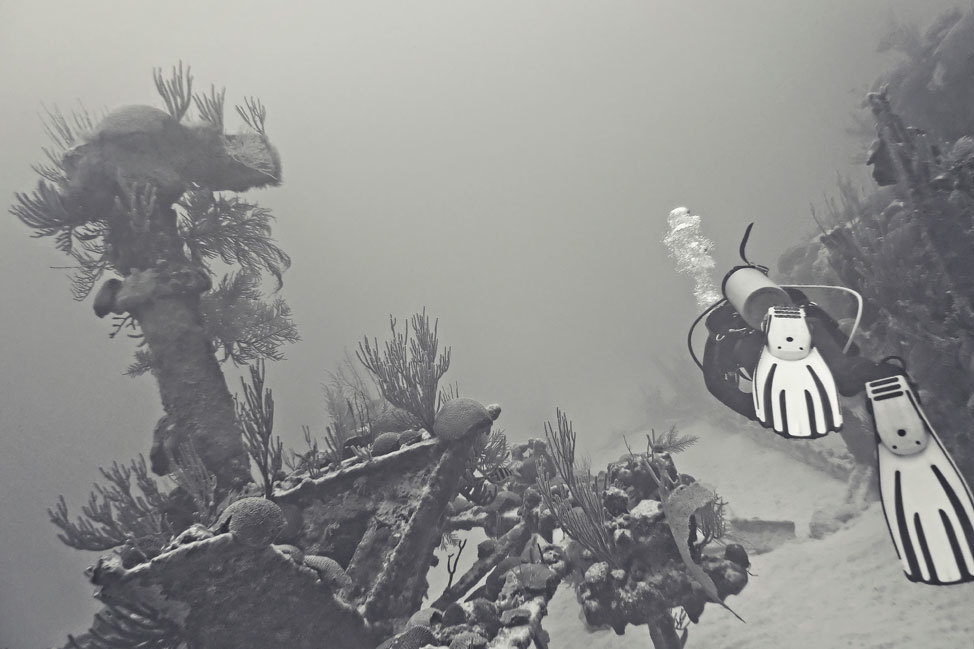 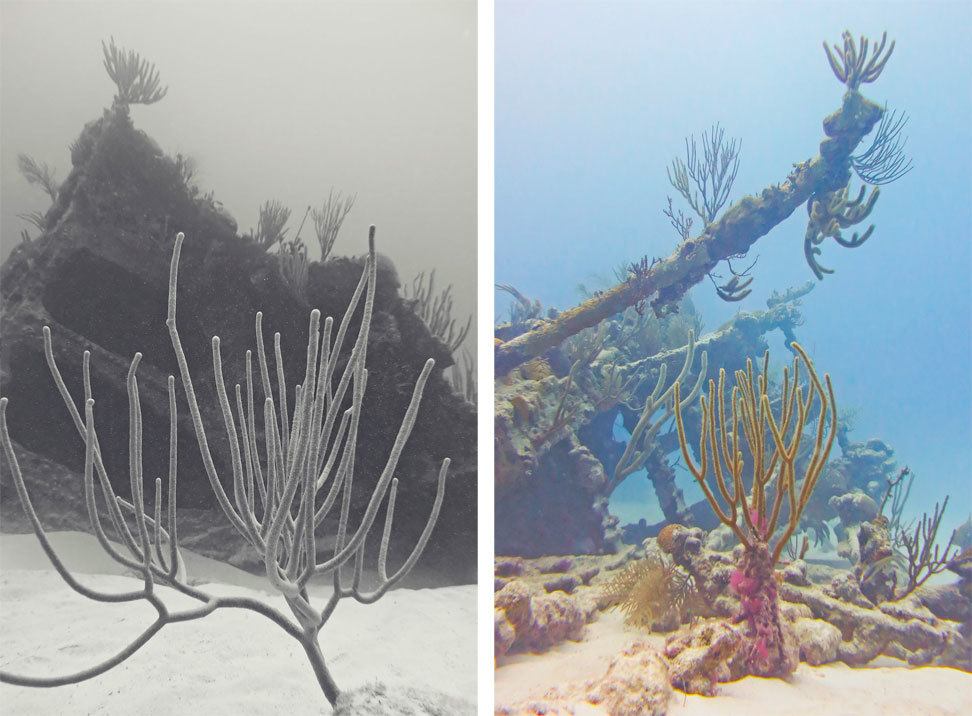 While it wasn’t the most intact shipwreck I’ve ever dove, it might just be the oldest — and considering its age, the most well preserved. Like most wrecks, it has now become an artificial reef attracting fish and coral to an otherwise sandy patch of ocean floor.

Even at a rather deep site and on a cloudy day (luckily the only one we had out of four!), I was impressed with the visibility of Bermuda’s waters. I’d read in my Fodor’s guidebook that the government vetoed plans to create a dive site by sinking an out-of-commission plane near the airport over concerns that the water was too clear. They feared passengers would panic upon seeing the underwater plane from the seat of their own aircraft upon arrival. Once I got in the ocean myself, I could understand their concern. 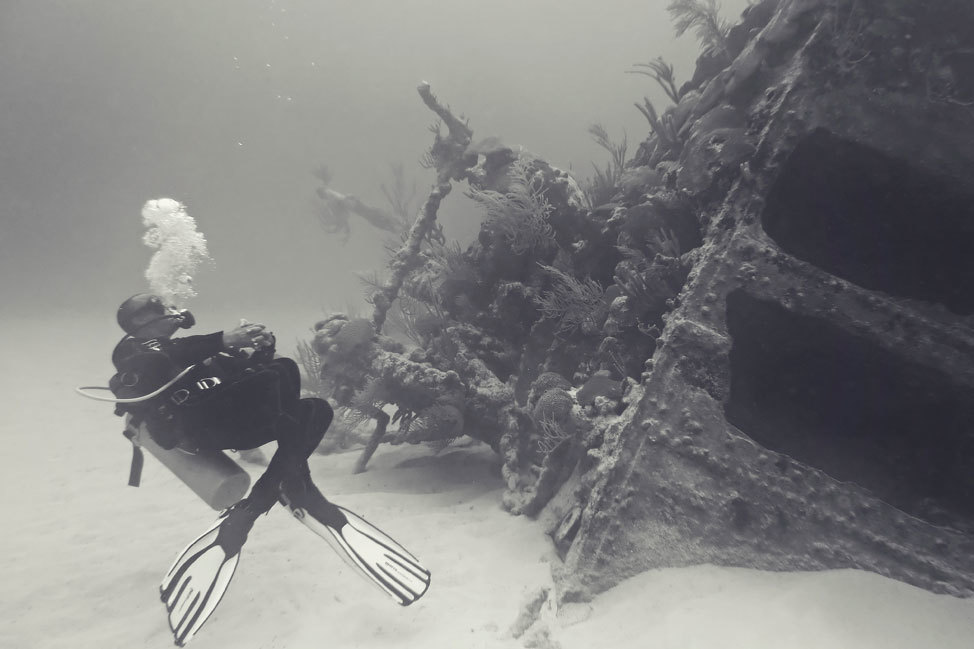 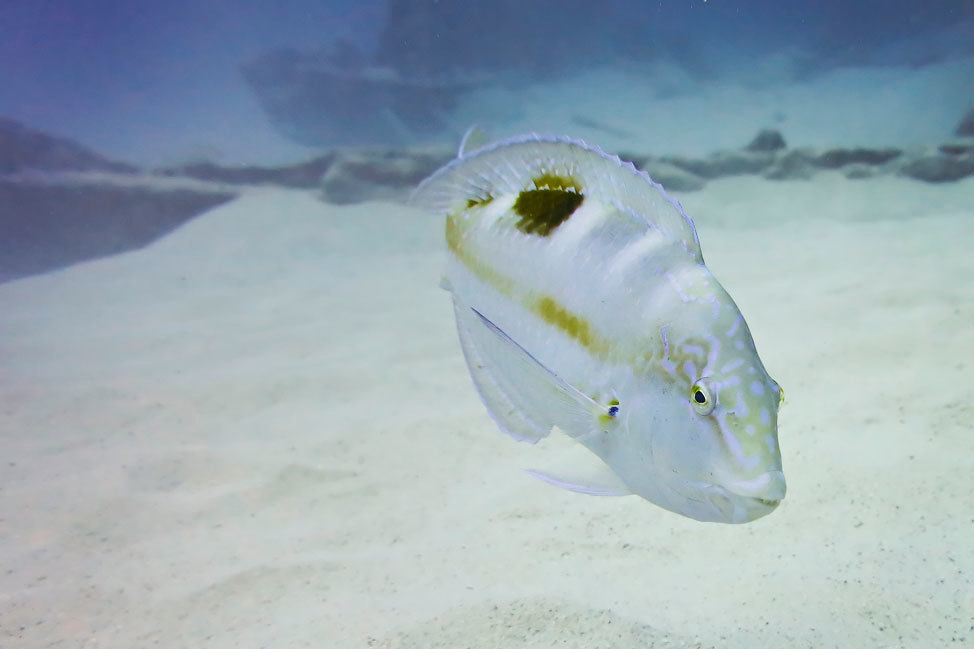 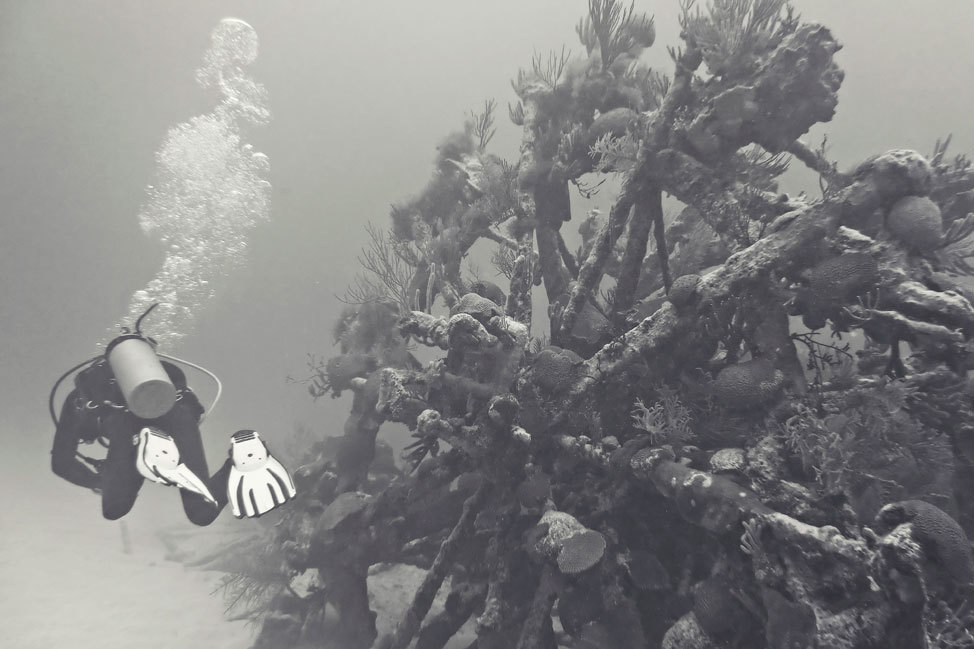 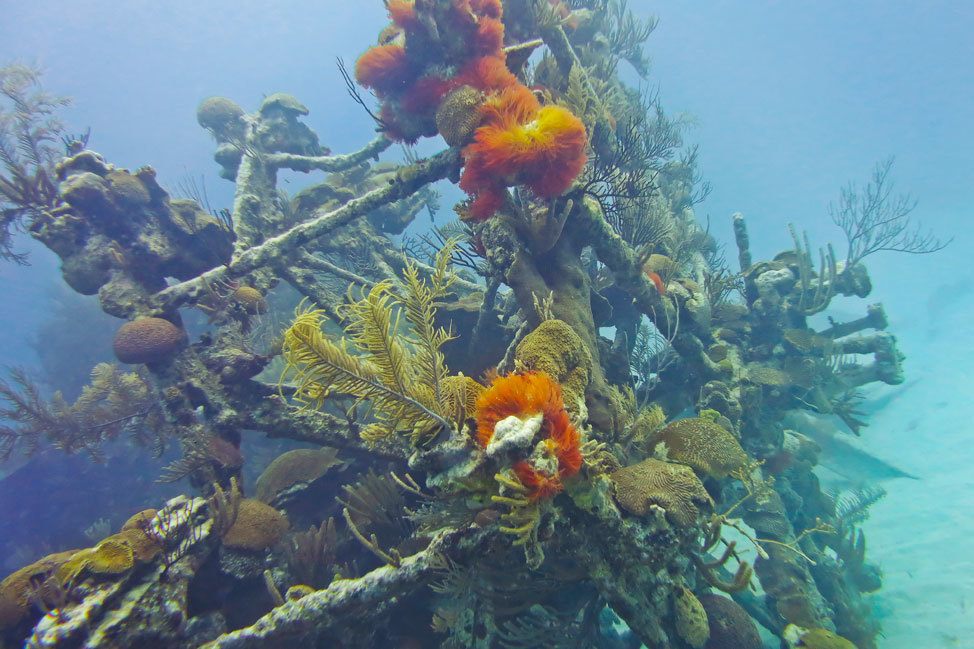 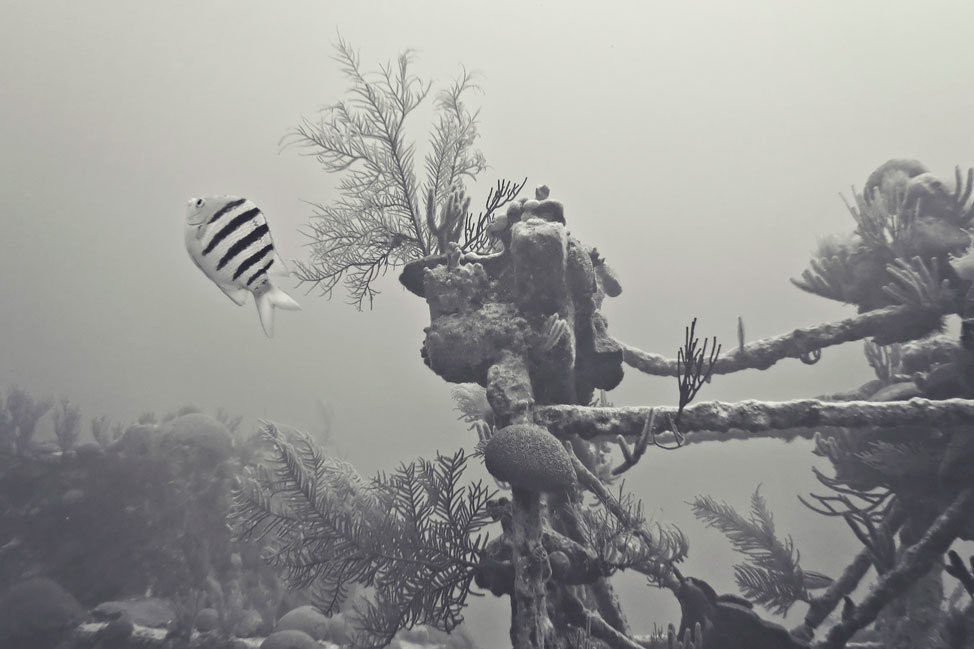 Bermuda might not be the first place scuba enthusiasts think of when they’re looking for a new dive destination, but it should definitely make it on the list. While hardcore local divers go for a dunk all year round, the season is mainly May through October.

With an enticing combination of wrecks and reefs, a shockingly short commute from many East Coast cities, and the convenience of diving straight from the Hamilton Princess & Beach Club, Bermuda makes for the perfect breezy summer getaway with a side of scuba. 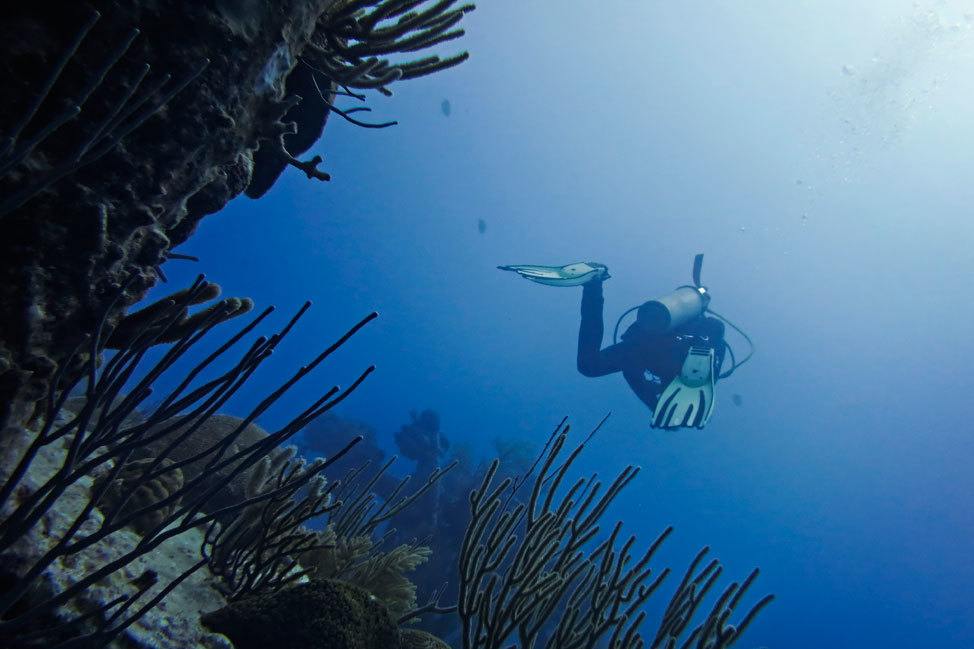 Would you brave diving the Bermuda Triangle? What’s your favorite wreck to explore?

This is a sponsored conversation written by me on behalf of The Hamilton Princess & Beach Club via Rhythm One. As always, all thoughts and opinions are my own. All underwater photos in this post were taken with Canon PowerShot S100 and its Canon PowerShot S100 Underwater Housing. See a full list of my photography gear here.

Getting What You Pay For: Diving Utila