Like yesterday, this is a backlogged post of my halfway-through-abandoned 2009 Malaysia trip coverage. You can see the earliest posts in the series, including tales of nearly sleeping on the beach, searching for the world’s biggest flower, and eating McDonald’s in Kuala Lumpur here.

Eyes still feeling a bit wonky, we weren’t ready to dive yet but did want to get back into the water. So we signed up for one of the many cheap snorkel trips being offered on the beach. Suspicious of what would be on order, we signed up for the 3 stop trip rather than the longer full day outings. We boarded the small boat with a mixed group of travelers from across the globe, from a Scottish girl to a Canadian boy (that told us of an island in Honduras called Utila) to a group of bulked up Armenian bros that adjusted their expensive sunglasses uncomfortably. 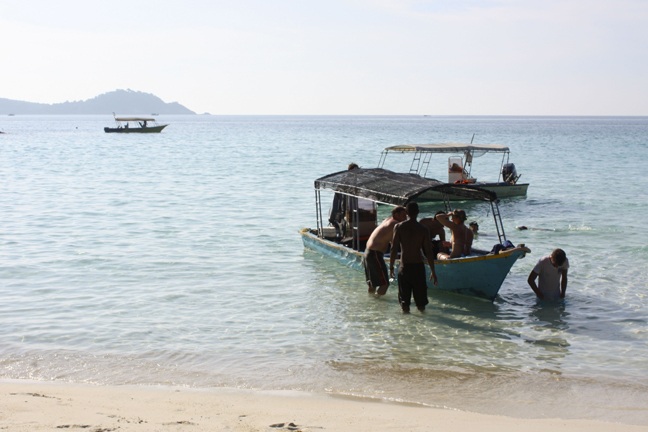 Our first stop was a channel between Perhentian Kecil and Perhentian Besar where turtles often stop to graze on sea grass. Malaysian boy running the tour would stand on the bow of the boat, yelling to the captain which way to go when he thought he had a sighting. Turtles are rare in Koh Tao, so both Mark and I were eager to catch a glimpse of one. Mark was so eager in fact, that the moment the boy at the bow made a slight gesture Mark donned his mask and jumped straight in the water. However it was a false sighting and the boat captain just kept following the next turtle — leaving Mark in the wake!

At first I laughed but grew concerned as the gap between boat and boyfriend widened. I didn’t want to turn into the Ugly American but I was about to have strong words with the boys in charge (though there may have been a bit of a language barrier, when blissfully, the boat stopped. In we all jumped, the group in the direction of an elusive turtle and I in the direction of Mark. Treading water, we laughed and realized it was fruitless to chase the creature that had likely long been scared off by then. Putting on my mask to swim back, I looked down and — right below us! — was an sea turtle covered in algae. And we had her all to ourselves. 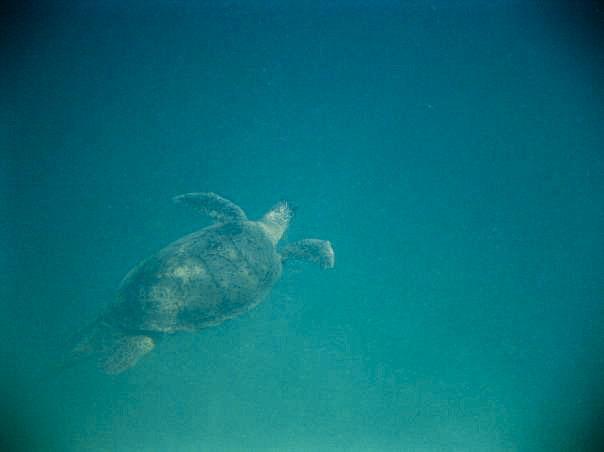 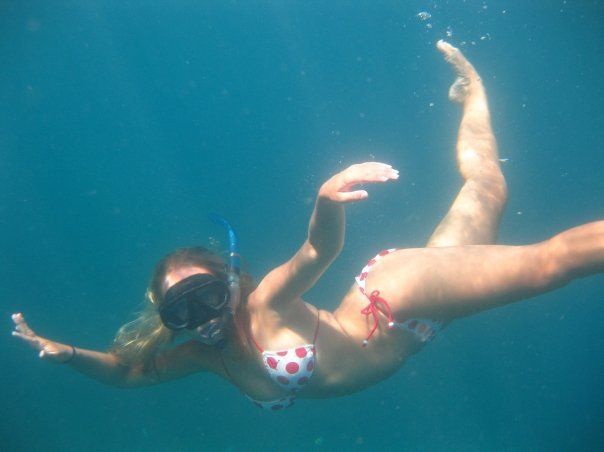 Swimming back to the boat we started to itch and it quickly turned to a burning sensation. Sea lice, one of the others confirmed as we pulled ourselves back aboard. As we dried off the Armenians came jumping back on, complete with water wings, shrieking over the lice and vowing not to get back in the water. Turns out tough guys are no match for the irritation of sea lice! 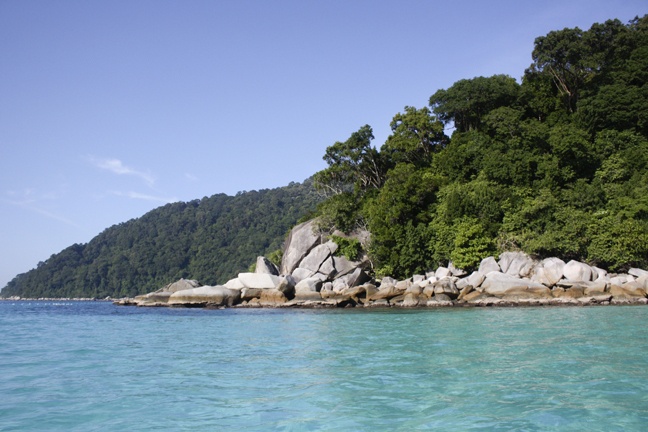 Our next stop was a cove frequented by black tip reef sharks. I considered staying on board with the pouting boys, but decided to instead employ the “turtle method” I had perfected earlier on the trip when sharks were a factor. I simply lay on Mark’s back like a turtle shell, so that were an attack to take place, he would be my Shark Shield and I would have enough time to make it back to land or boat. I’ve used this method several times now with a 100% success rate at not being eaten by sharks!

Our final stop was a shallow reef with soft corals and the beloved nemo fish. While it didn’t have the big draws of the first two spots, I enjoyed swimming around without fear of attack by invisible sea pinchers of sharks. Afterward, we stopped at the nearby beach to take photos and bliss out. 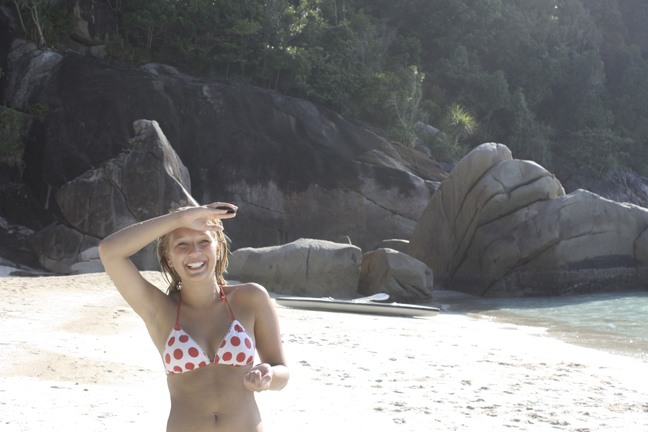 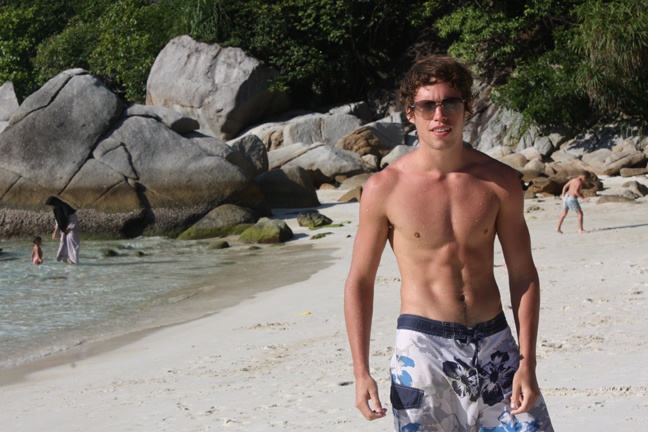 All in all a lovely trip I recommend to any visitors to the Perhentians. Sometimes divers can be a bit snobby about snorkeling but I think in the right conditions it can be fabulous and you get to see a different side of the underwater world than you would see a bit deeper. But that wouldn’t stop us from eventually getting down there… 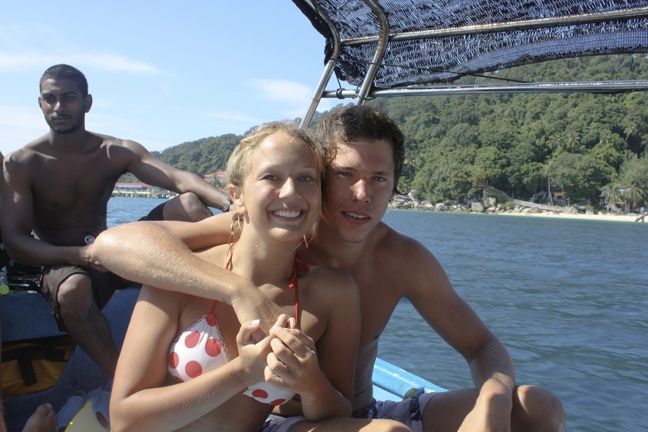 Stay tuned for our diving adventures!