Stumbling Upon A Summer Festa in Valleta

“What should we do this evening?,” I asked Anders as he flopped down on the couch after work. I’d been working on writing projects all day and was eager to get out and explore. We tossed around a few ideas while I absentmindedly flicked around online, and eventually stumbled upon the perfect solution.

We were going to a summer festa in Valleta. 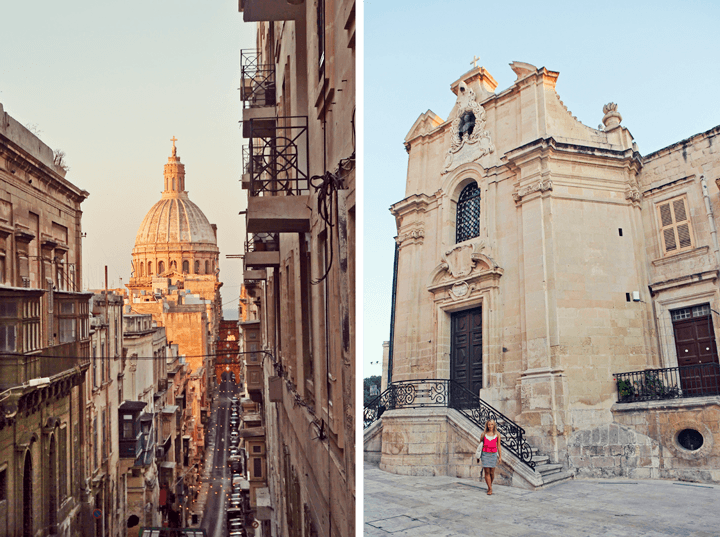 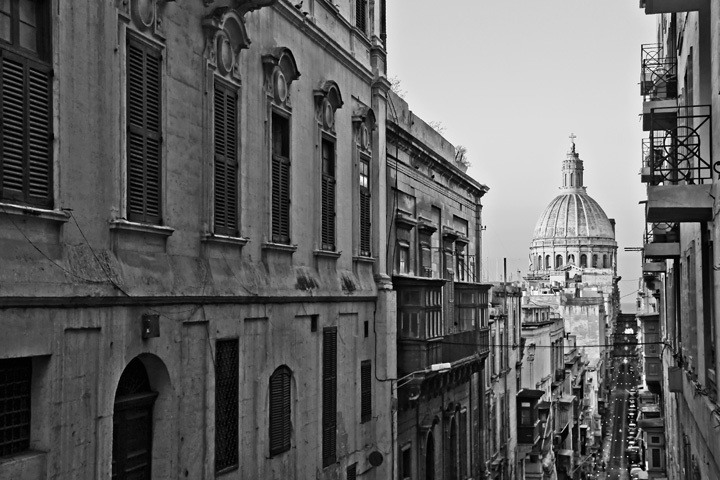 Festas are a huge part of the summer season in Malta, when villages honor their parish’s patron saint with parades, fireworks, and over the top festivities. It just so happened that on the night in question, Valleta was hosting its annual celebration.

I had yet to step foot in the tiny nation’s capital, and this was the perfect excuse to do so. 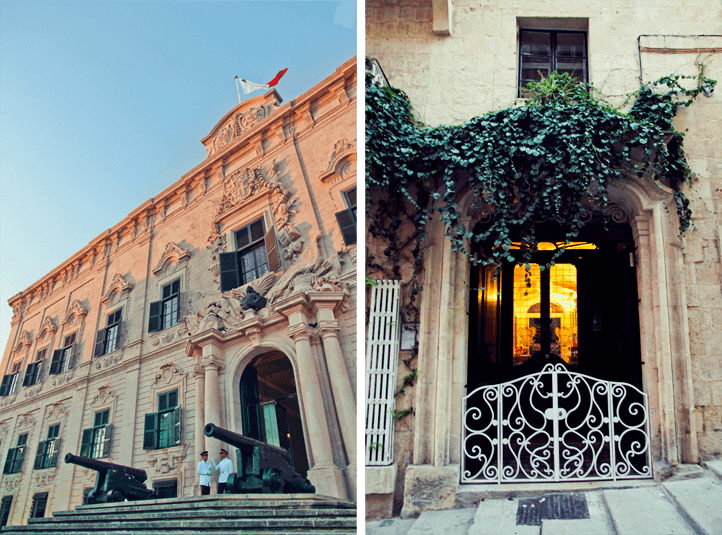 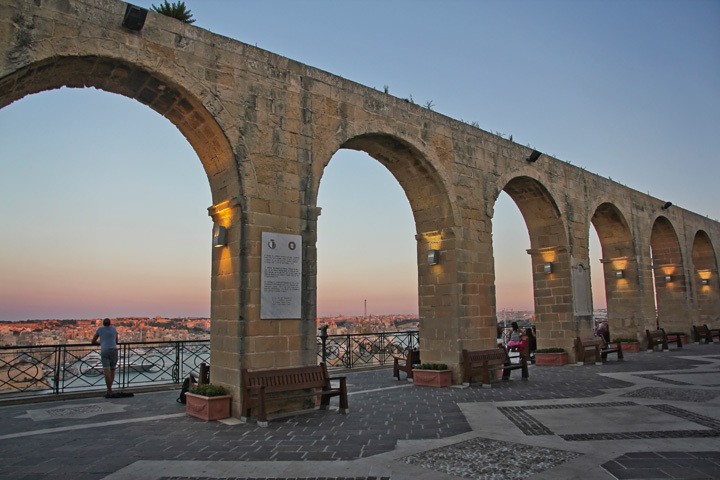 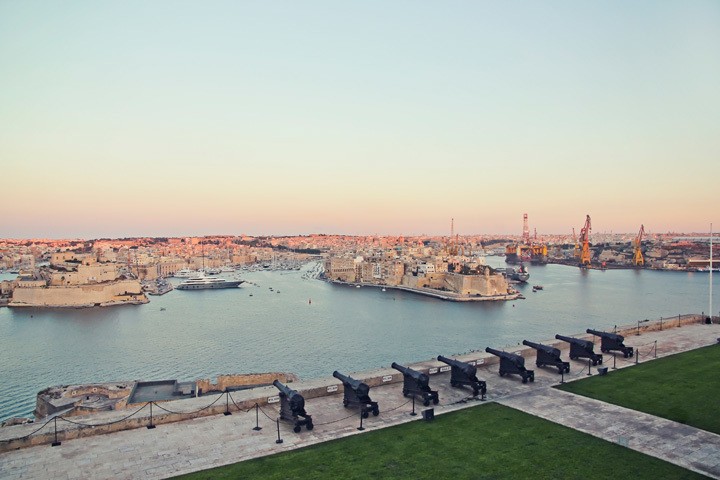 We had absolutely no idea where to go or what we were looking for, so just decided to take a wander around the romantic walled city, and surely we’d stumble upon a clue. Our first stop was the Valleta waterfront, where we gazed over the channel to Vittoriosa.

Though we were losing daylight fast and I felt a little guilty for not seeing more of the city in all its brightly-lit glory, the soft pinks of sunset convinced me we’d come at exactly the right time. 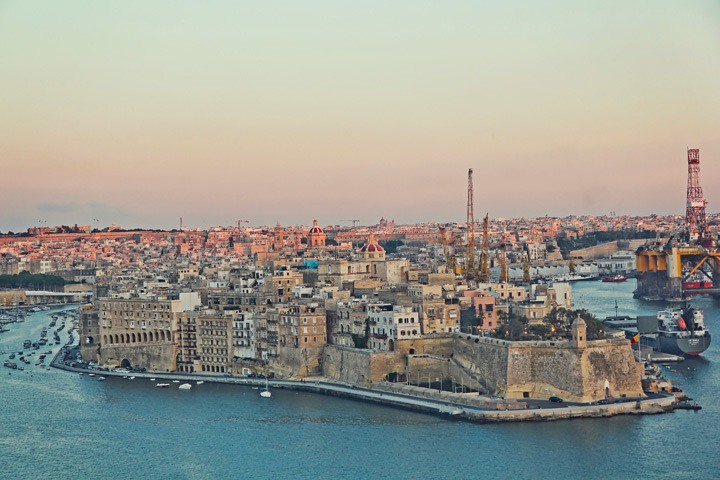 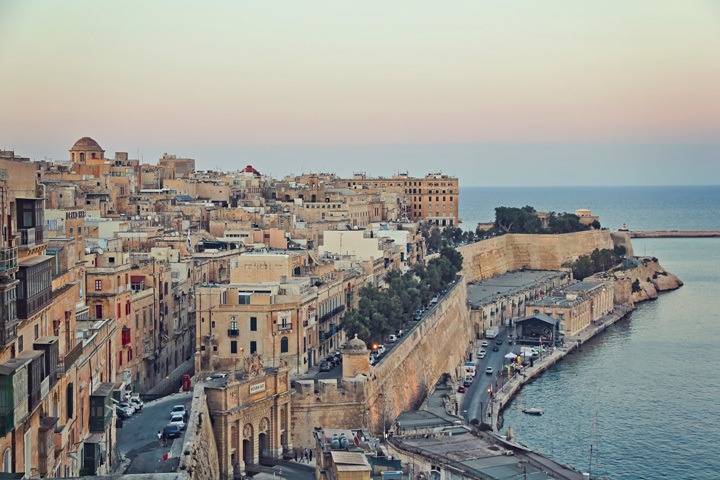 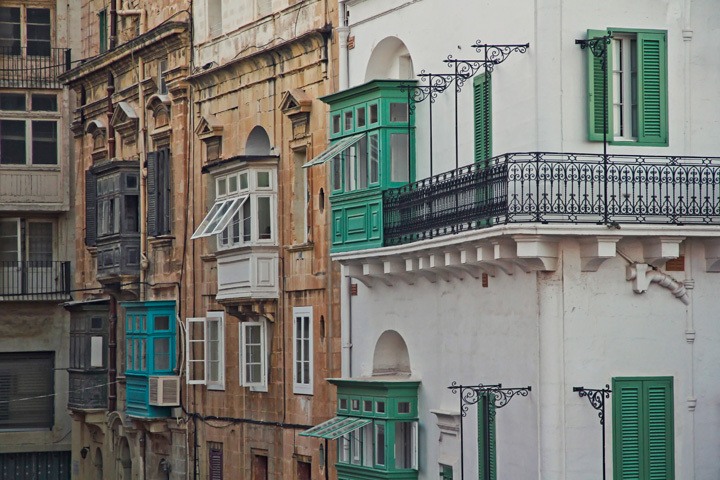 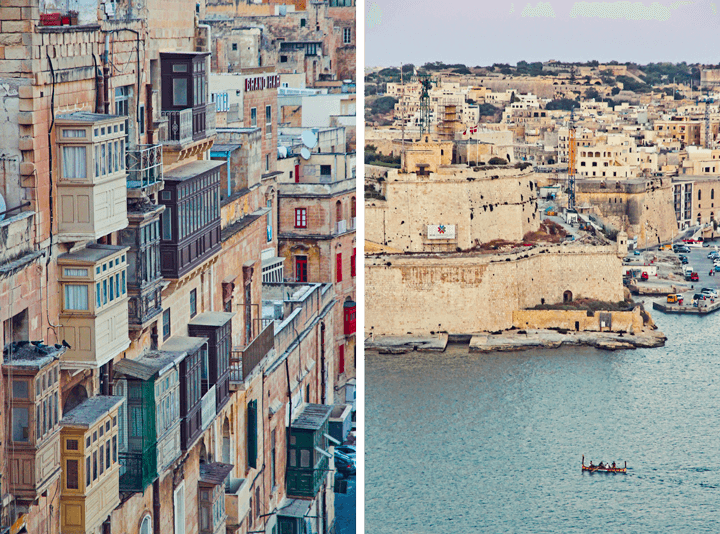 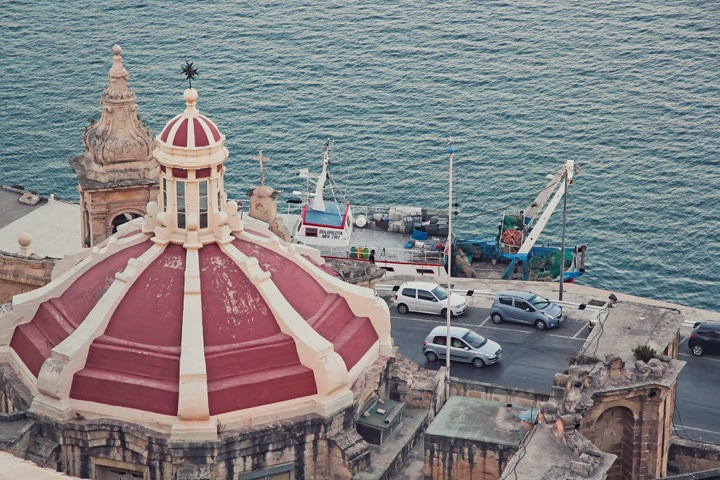 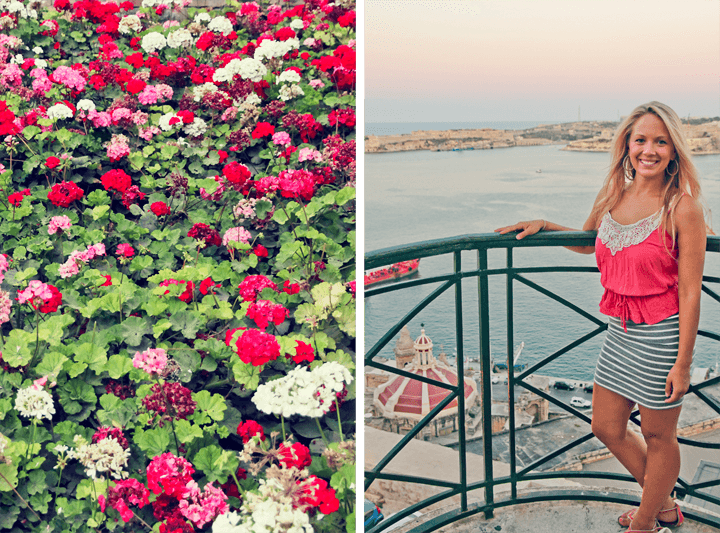 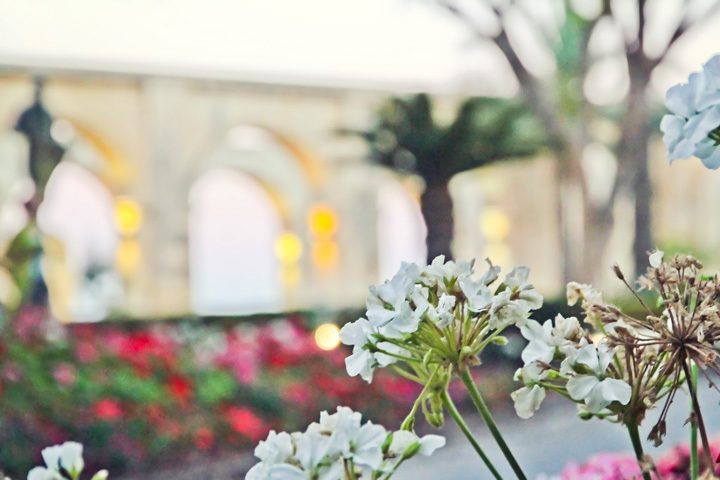 Eventually, we tore ourselves away from the gardens in search of the festa we’d come to see. After wandering down many quiet streets with not a soul in sight to ask for insight, we started to wonder if we’d misread the schedule. 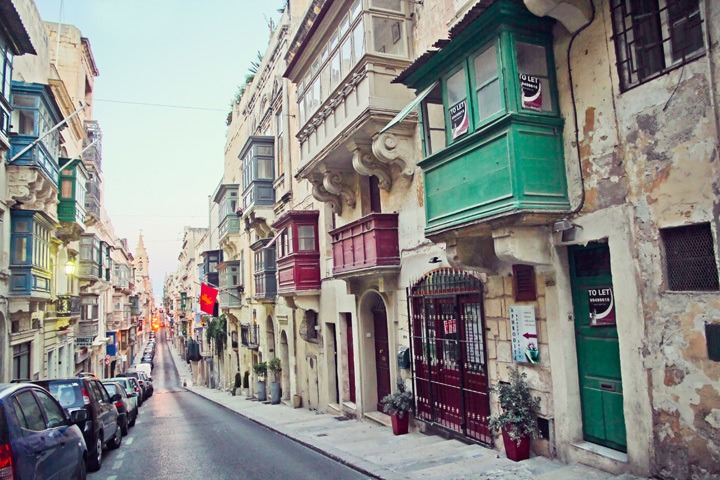 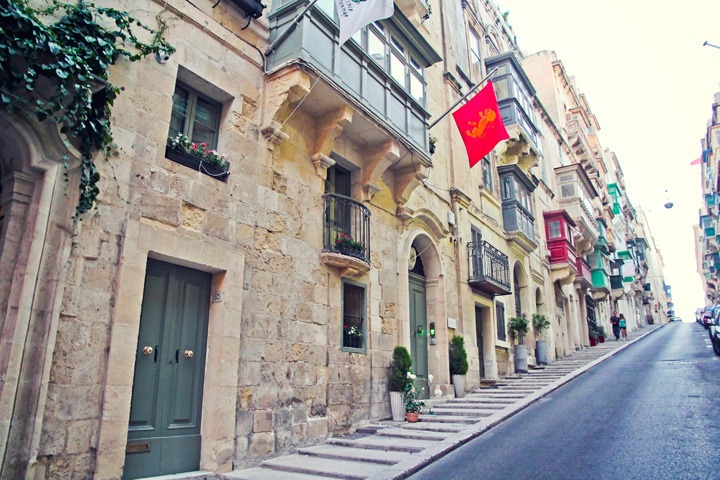 And then we heard it. Rounding a corner, we pinched ourselves at our luck. We’d arrived just in time to see the pious procession being — the state of the village saint was carried with great ceremony out of one of Valleta’s beautiful churches. The crowd was intense, but between Anders’ height allowing him to see over people and mine allowing me to duck around them, we managed to get some great views. 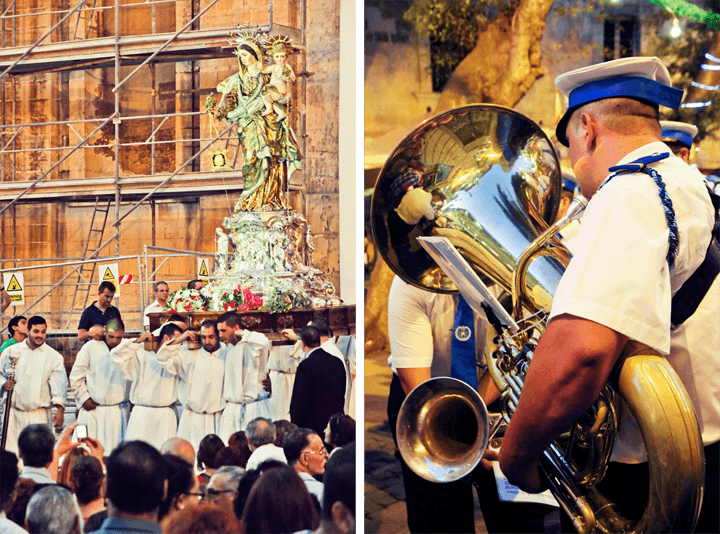 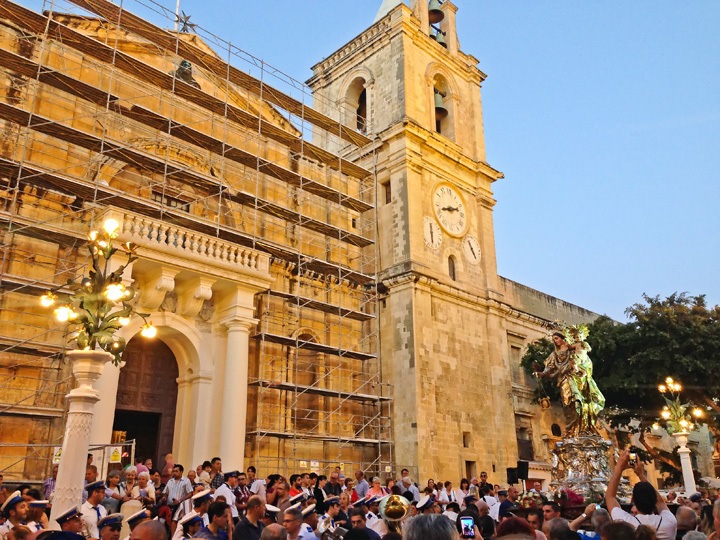 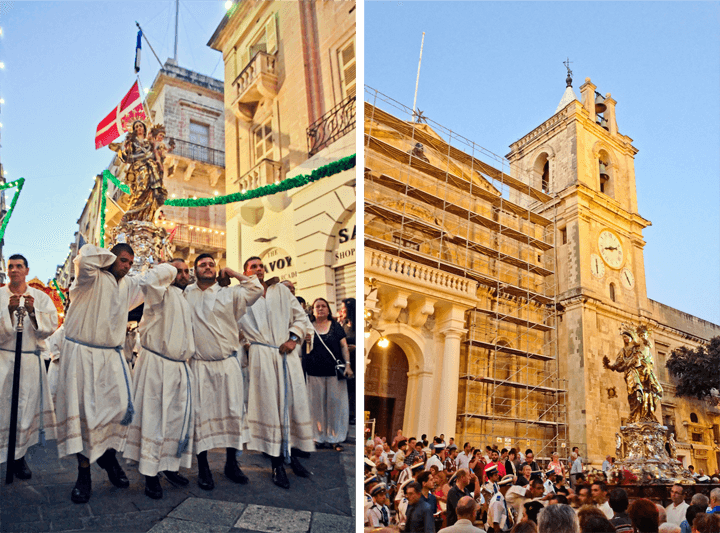 We followed the crowd down the winding cobblestone streets, not a clue where we were going, and not a care either. 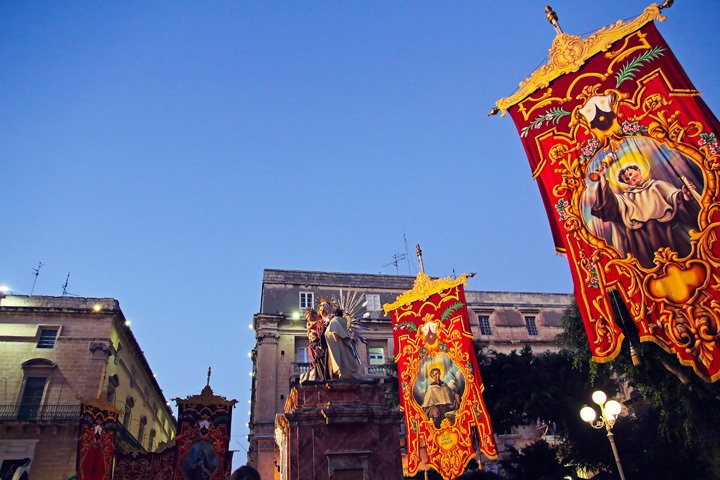 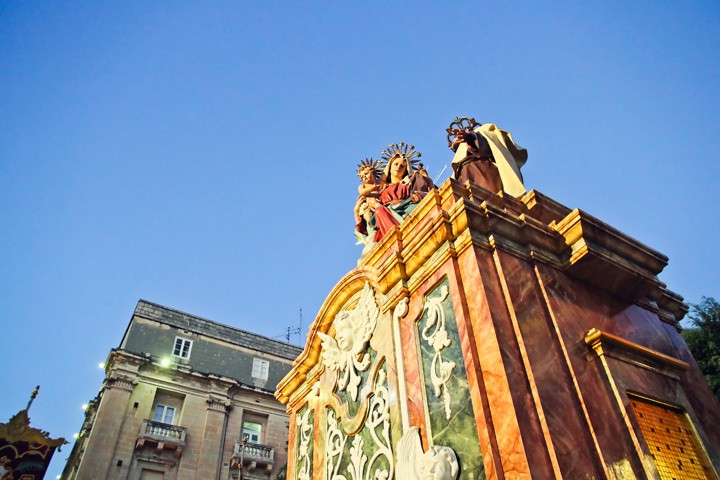 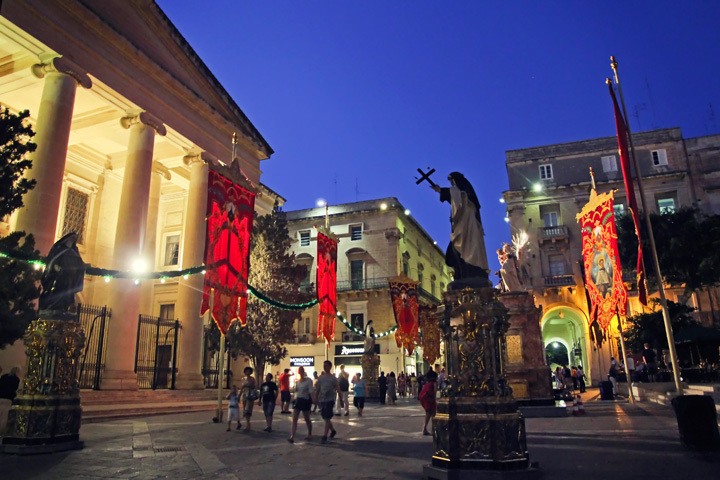 When the fireworks died down and the crowd dispersed, we were left with the warm glow of knowing we’d been lucky enough to stumble on something special.

Do you seek out local festivals when you travel?

This post was brought to you by the iPhone video editing app Together.

An Evening of Sand and Cities in West Malta

See the Mediterranean Sea: Diving in Malta Photo of the Week 170: In Memorial
44 Comments...