As you may know, I’m in Cambodia! This trip was a long planned escape from Koh Tao’s long and gloomy monsoon season to explore Laos (first time for both of us) and of course Cambodia (first time for Mark). Our plan for the trip was to move slowly, be flexible and be adventurous. At the last minute, three of our friends from Koh Tao decided to join us for the first part of our trip and we were thrilled because the more the merrier! 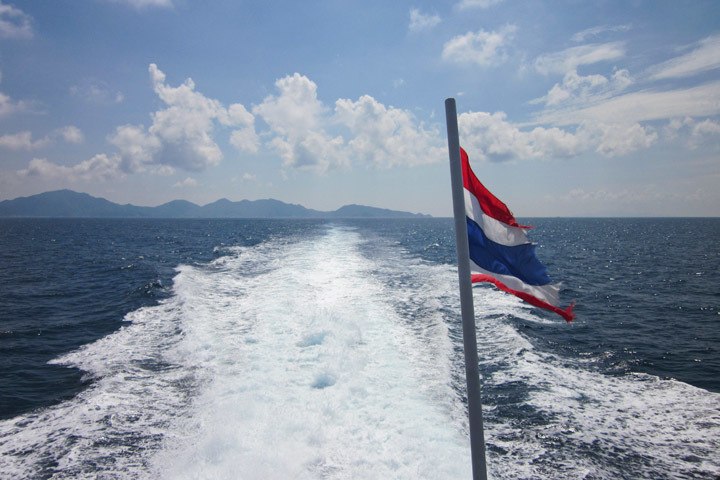 Despite the fact that two days of travel was ahead of us, I was thrilled. After reading my first Paul Theroux book I was super excited to take my first train journeys in Thailand, one from the ferry port at Chumphon to Bangkok and one from Bangkok to the border at Aranyaprathet. It was going to be a tightly planned journey as Mark and I had visas that ran out on the 19th, and we couldn’t leave until the morning of the 18th due to work commitments the night before. Of course, making tight plans that require everything to go on schedule in Asia is just asking for the universe to laugh at you. So here’s how it all shook out, from Thailand to Cambodia overland:

First, we realized we would never make the day train on the 18th, because the ferry from Koh Tao to Chumphon can’t be relied on to be on time. Sigh. Instead we booked yet another bland bus journey, but I comforted myself that I still had one romantic train journey through the countryside. We left at 9:30 in the morning and by taxi, boat, bus, and another taxi we arrived in Bangkok 12 hours later. 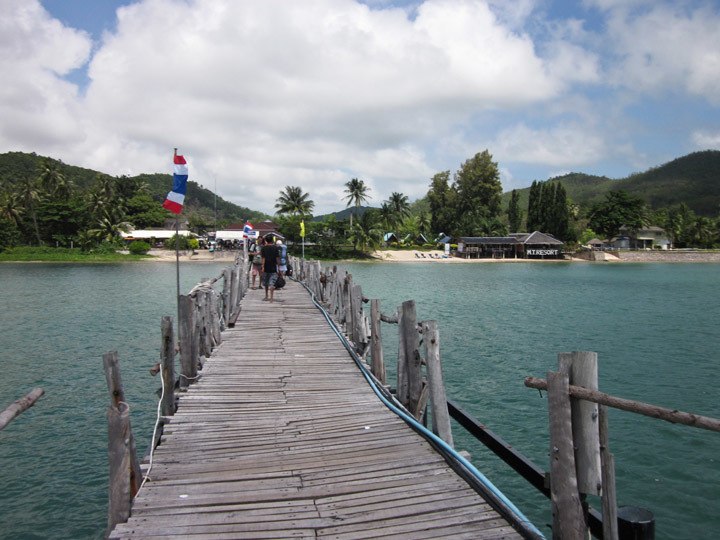 The next morning I was to learn a very sad lesson, and that is that the internet is capable of producing false information. I’m not sure if you readers are aware of this situation. I had read over and over again that the two trains a day left at 6am and  11:30am, taking 5.5 hours to reach the border, which closed at 8pm. But when Mark arrived at the train station that morning in Bangkok, they told him the train was at 1pm, and we would have to stay the night at the border. This was a no no since our visas expired that day, and we had already missed the 6am train. We considered risking it, but then received an email from our guesthouse owner that the border closed at 6pm. Um, internet, you really screwed us here. I frantically searched for a bus schedule for the Eastern Bus Terminal online (the main bus terminal was closed due to flooding) before finally giving up and going retro: I used the phone. The man on the other end told me there was a bus leaving at 10:30 and we hightailed it over. Four hours traveling at 90mph later with no suspension in the minibus, we arrived at the Aranyaprathet-Poipet border, the most fabled and scammed crossing in South East asia. 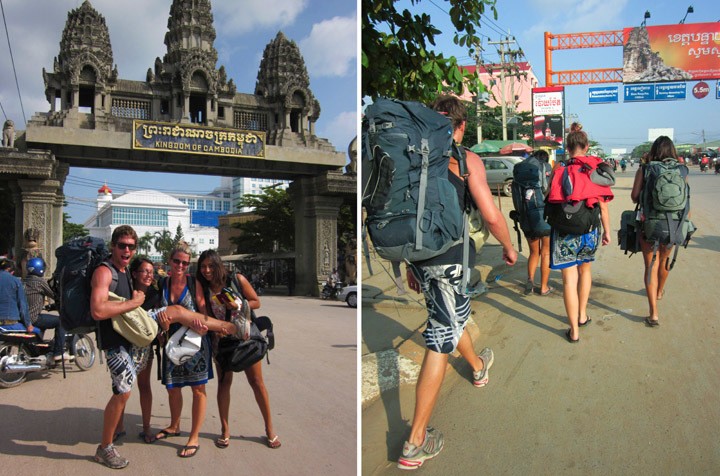 Since we had read about all the visa and money changing and extortion scams, we had our game faces on and were able to avoid most trouble and emerged from the confusing maze of immigration buildings with shiny new Cambodian visas in our passports. But the travel fun wasn’t over yet! There was the little issue of one man following us from the moment we emerged from our minibus all the way across the border for a total of almost two hours, but he was pretty small and I was fairly sure I could beat him in hand to hand combat. He was just one of the swarms of people trying to get us to our final destination of Siem Reap via taxi. Unfortunately, the route is now controlled by the police and their bribes/tax has increased the cost of the four hour journey from a fair $25 to as much as $65. We tried all the tactics I had read and were able to land a car for $45 willing to bring all five of us. Of course, we stopped twice to pay the police, once to change drivers and cars (!) and once at the end to be deposited to tuk tuk drivers who our scamming taxi driver tried to get commission off of. We called our wonderful guesthouse owner who sent some complimentary tuk tuk drivers to rescue us. Forty eight hours later, Koh Tao -> Siem Reap, success. 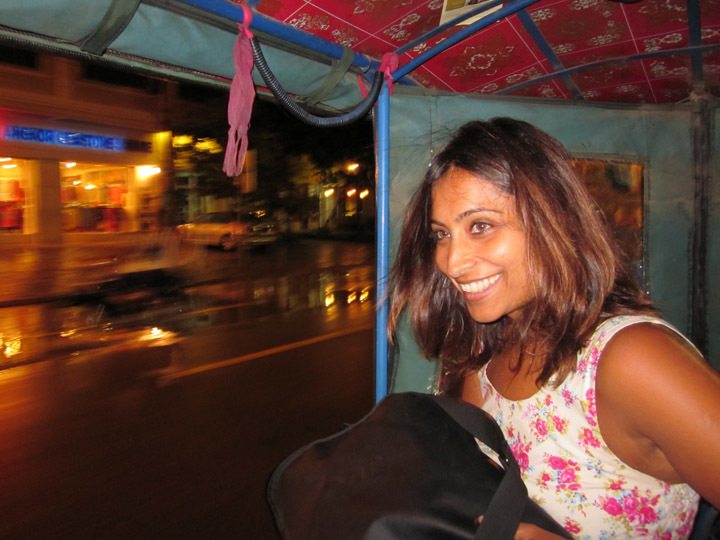 While my dreams of relaxed train journeys through the Thai countryside were crushed, my excitement at being in Cambodia wasn’t. Our taxi ride from the border to the city brought back so many memories of my 2009 trip to Cambodia with my Dad, when I originally fell in love with this country. I’m so excited to be back, and I can’t wait to share it with all of you.

Let’s do this Cambodia!