Big life announcement today. Some of you already know this news, but I’m a pretty firm believer that it’s not real until it’s posted on the interwebs, so bear with me!

I’m leaving New York. I’ve dreamed of living in the five boroughs for as long as I can remember, but for the past year or so I’ve been slowly planning my Great Escape. As my graduation and the end of my lease creep closer, I’ve been kept super busy selling off my superfluous belongings, tying up some health issues, squirreling away cash, and sneaking in a little travel research when I get the chance, which isn’t nearly as often as I would like.

The idea was hatched slowly over the past few years, as I met a variety of people, had a variety of experiences, and eventually accepted that there was nothing in this world that would make me happier than living out of a backpack. Meeting my boyfriend Mark obviously had a huge impact, and him being a UK citizen, I couldn’t stay in New York even if I wanted to, if we are to be together. Eventually I’ll write more about why this is the right decision for me and how I came to this conclusion, but its something I’m still figuring out how to articulate. For now, here are all the details. 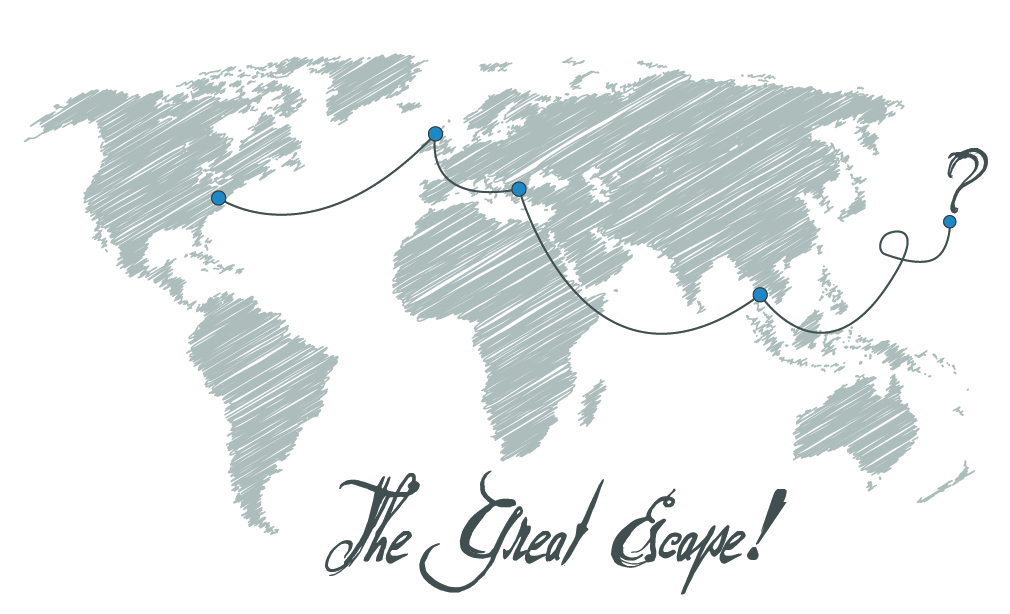 The Great Escape begins on June 1st, with Mark and I flying from Newark to London. Our nearly two years of long distance relationship will end just in time to split up again while Mark heads to a bachelor party and I go off to hopefully leech of one of the two people I know in all of England. We’ll be back together again soon to check out his hometown of Irvine and attend his best friends wedding on June 12th.

From then we have 5.5 blisful weeks of no plans, responsibilities, or commitments. We have friends we would like to visit in Glasgow, Leeds, Manchester, and London, so we’ll fit those in at some point, but other than that we will go where the wind takes us and have lots of family time. I’m looking forward to checking out this London place everyone is always going on about, as well as getting to know Mark’s family, although I am a bit nervous they will feed me haggis. Additionally, Mark would like to hike Ben Nevis and visit Edinborough and I have requested an expedition to attempt capture of the Loch Ness monster.

On July 21st, I meet up with my mom for a fantastic adventure beginning in Athens, Greece, and from there we leave for a seven-night cruise to Istanbul. The idea of being on those islands for less than one day each makes me a bit itchy and is not my usual travel style, but I know better than to look a gift horse in the mouth, especially when the horse is a small luxury cruise through the Mediterranean.

I suspect my mom was a bit jealous after the fantastic time I had with my dad in Cambodia, and so she decided to make it a tradition to take my sister and I on graduation trips. Not only am I looking forward to spending this unexpected time with my mom, but I can’t wait to see this part of the world for the first time.

After Istanbul, it’s back to Thailand for an undetermined amount of time. Things get hazy here but I’m guessing that we will spend August-October on our island obsession of Koh Tao working and trying to stop up the hemorrhaging of our bank accounts that I’m sure will happen in the UK. We’ll have to do a visa run in November, which is perfect timing as its Koh Tao’s monsoon season. Not to mention I’m dying to spend the month exploring Thailand’s most untouristed region, the Isaan, and attend a series of obscure festivals taking place at that time (Lopburi monkey festival, anyone?)

After that, who knows? We’ll probably continue to mix stints of working in Koh Tao with exploring Thailand and the surrounds. One thing’s for sure, I won’t leave Asia again without stepping foot in Laos, Vietnam, and back in Cambodia. 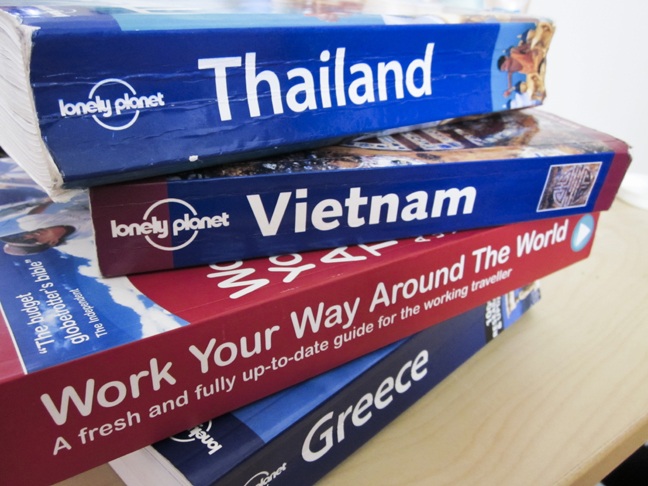 Beyond what is written here we have no end date or end plan, just dreams of so many other pockets of the world, from India to Australia to Mozambique.  I suppose it’s going to be a race against the bank account, but luckily we both have means of generating income while traveling, we just need to learn the best ways to utilize them, and find a balance between work and travel.

I can’t say for sure what country I’ll be standing in six months from now, one year from now, a decade from now. What I do know is it is sure to be an adventure.

I hope you’ll stick around for the ride!

The Case of the Forgotten Passport

How I Made a Trip to Vegas Vaguely Affordable Life Now: The Good, The Bad, and the Blog
14 Comments...