How I Made a Trip to Vegas Vaguely Affordable

Vegas was, per night, the most expensive trip I’ve ever taken in my life. Still, It could have been much, much worse. So while I will never call Vegas a “budget” destination, I think this cheapskate did a pretty good job of sniffing out some of the best ways to do Sin City on a padlocked bank account.

Vegas is a seven night a week city! Sure, the weekends are super extra crazy wild but for the price difference, I’ll settle for merely super extra wild. We nabbed discounts on our hotel and flight by going Wednesday to Saturday. And judging from the photos below, Vegas can be a pretty good time on Wednesdays. And this was only our first stop for the night. 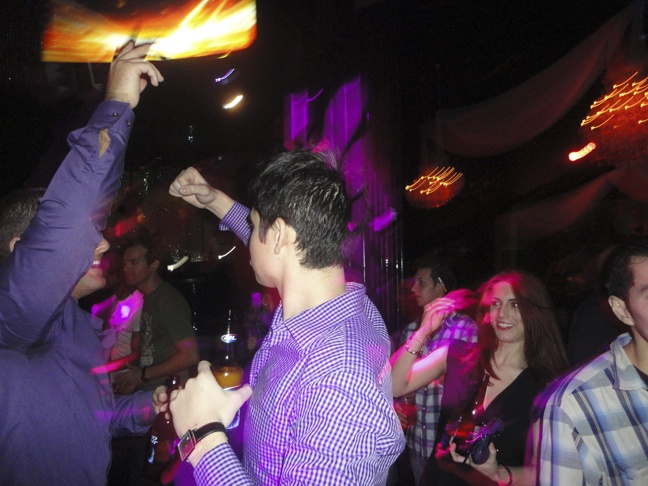 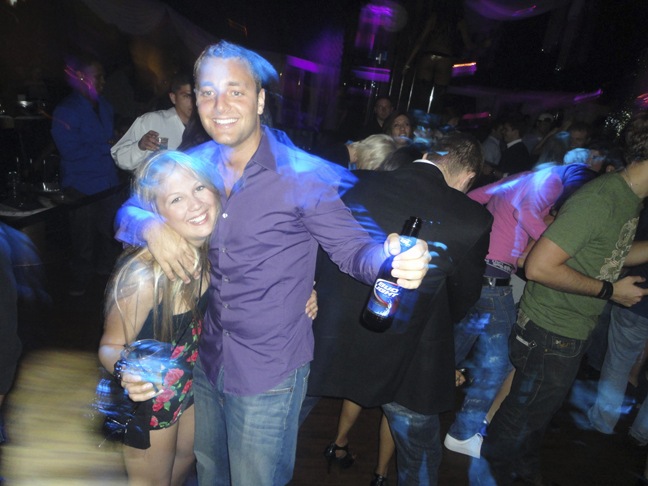 When I think of Vegas I picture the searing hot desert, sweaty people dancing in open air clubs and beautiful people lounging around hotel pools, waiting to get murdered. Whoops, looks like I’ve been watching too much CSI again.  I must say after my visit I understand a lot more of the insane plot lines on that show.

Back to my points that don’t involve comparing destinations to their TV world counterparts: the off season. While I didn’t get to lay by the pool, I did get to walk outside in January sans parka and rubber boots, and that was worth the cost of the trip right there for this reluctant winter New Yorker. Once again, we got great flight and hotel deals by visiting in the winter. 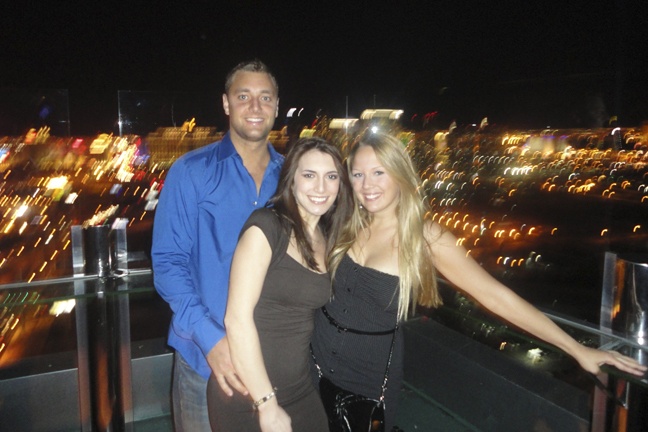 It was freezing up there!

Tip: Vegas is not a coat check kind of place. If its winter, make a run for it or take a cab!

What is The Sardine, you ask? Is it a trendy dance move all the young kids are doing these days in Vegas? No, its when you cram twice the legal limit of humans into a hotel room without paying the extra persons fees! While this may seem ethically dubious, I figured we weren’t actually costing the hotel anything extra by putting four people in a room rather than two. In fact I would argue we added to their revenue by buying four rather than two bottles of obscenely overpriced Gatorade each morning in the lobby convenience store. 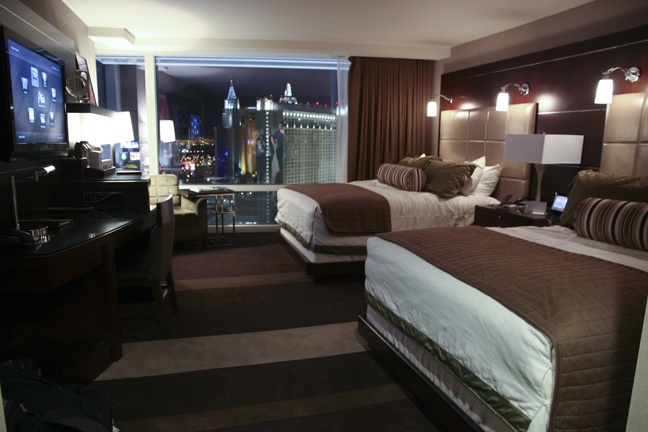 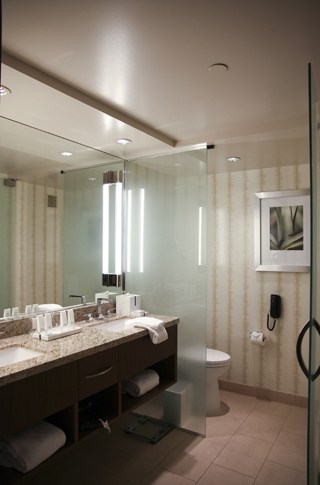 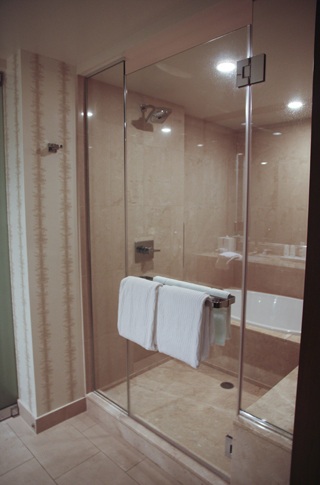 The only legit argument against this is that its more work for the maids, but the hefty tip we left (hush money) assuaged any guilt I felt there. And thanks to our foolery we were able to stay at one of the hottest new hotels in Vegas, The Aria. 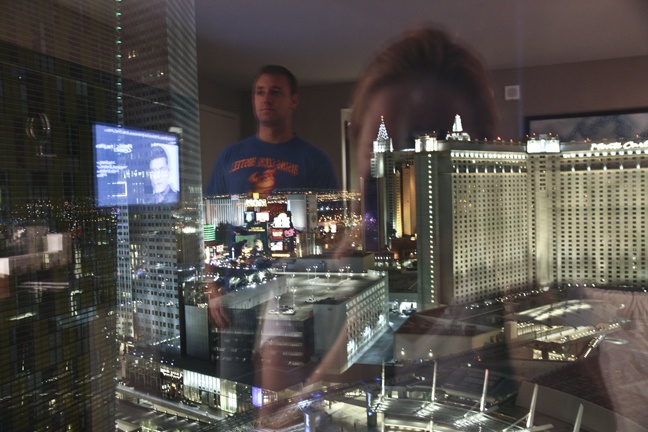 4. Take Advantage of all That is Free!

As I confessed previously, I actually only did ONE thing on my list of free attractions that I compiled en route to Sin City. Lucky for you I immortalized it on the internet here for your free entertainment getting pleasure.

Yet one of my favorite parts of Vegas was simply walking through all the hotels. The designs were opulent and the attention to detail meticulous. One of my favorites besides our own hotel, The Aria, was the Wynn. It houses a beautiful hotel, top end boutiques and restaurants, a Ferrari dealership, and one of our favorite clubs, Tryst. The resort cost over 2.7 billion dollars to build, ranking in at the most expensive privately funded construction in the country. What do you think? Worth it? I admit, this design geek was impressed. 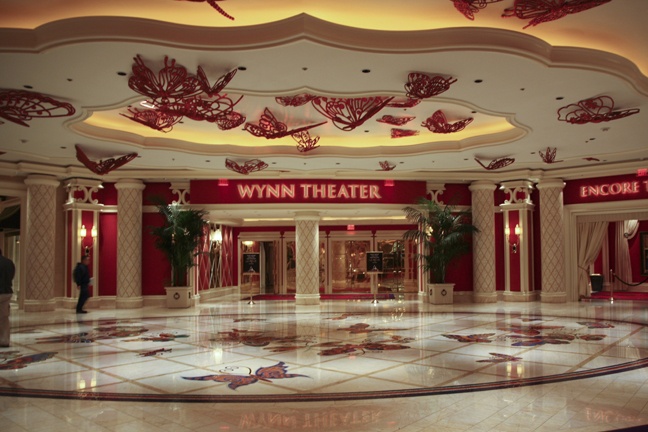 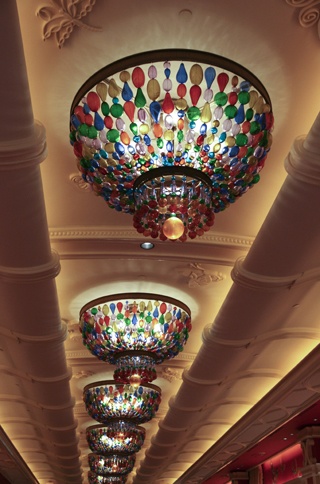 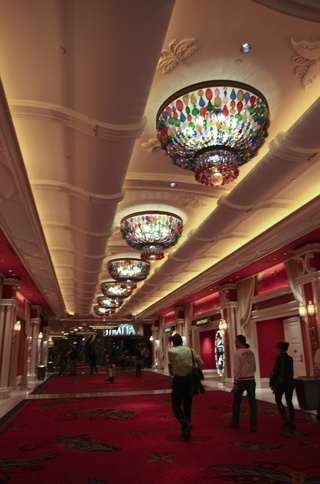 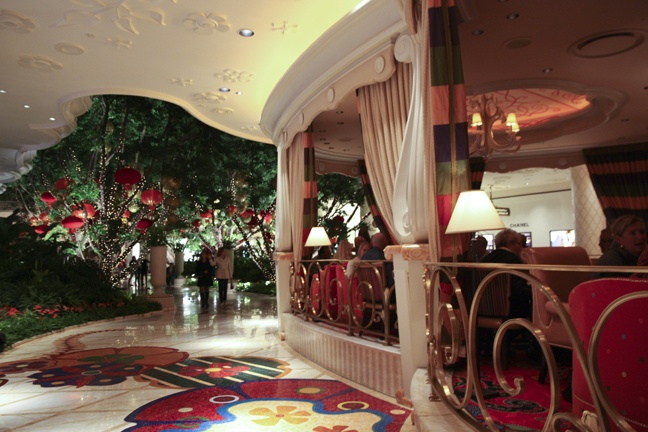 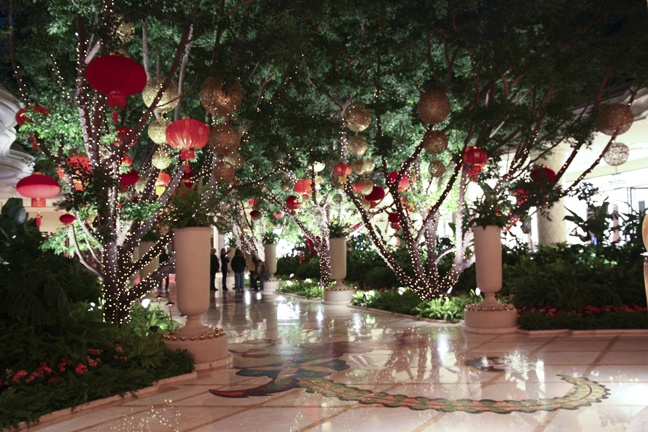 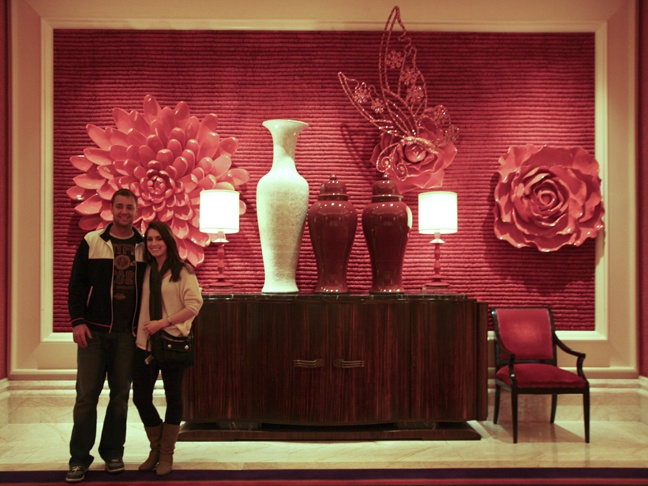 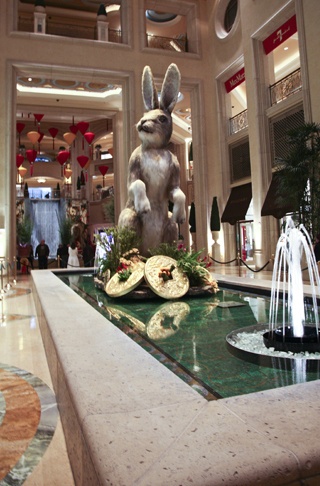 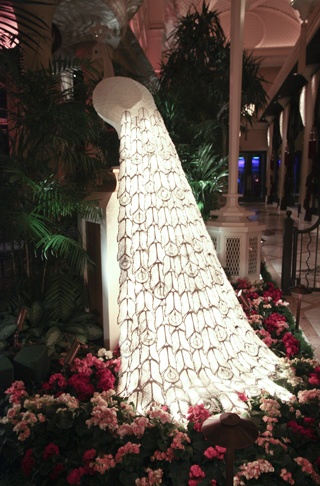 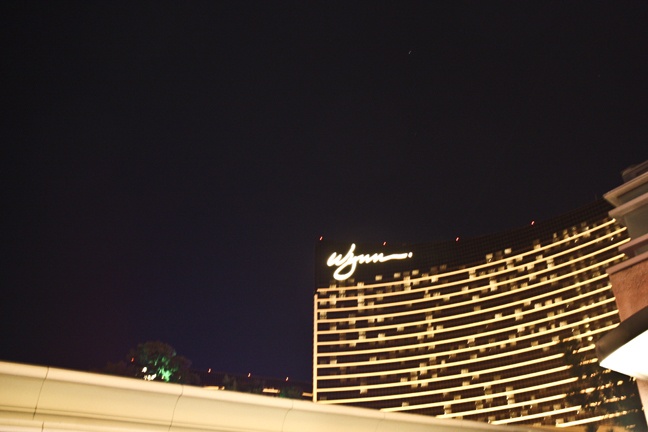 The boys I were traveling with spent nearly twice what my girlfriend and I spent, thanks in large part to gambling. However, for them it wouldn’t be Vegas if they didn’t throw a $50 down on the roulette table every once in while. But even for those who don’t care much about gambling, it can be easy to throw away money here and there every time you walk through the lobby. Whether the casino is an important part of your trip or not, set a FIRM budget for gambling and stick to it. 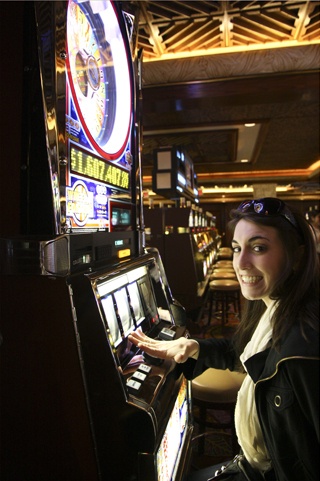 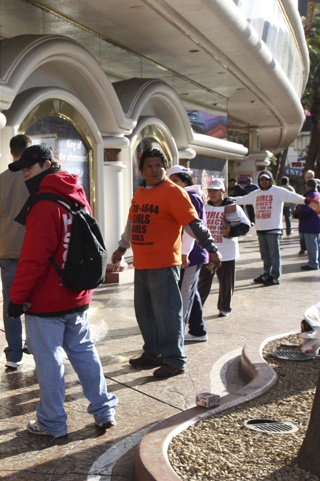 Okay so I admit that this was nothing of a concession for me as buffets really appeal to the finicky eater inside of me. But even food snobs will find something to get excited about at Vegas buffets, from lobster tails at the Bellagio to champagne brunches at Mandalay Bay. The best parts are the low prices- you can gorge yourself for about $15 at breakfast, lunches $15-20, and dinners topping out at $25-36. 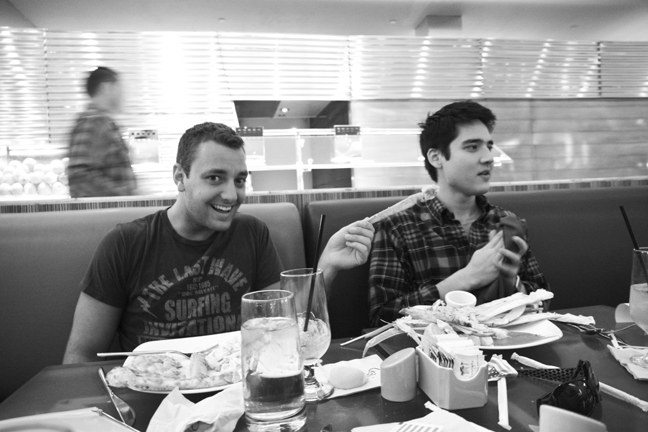 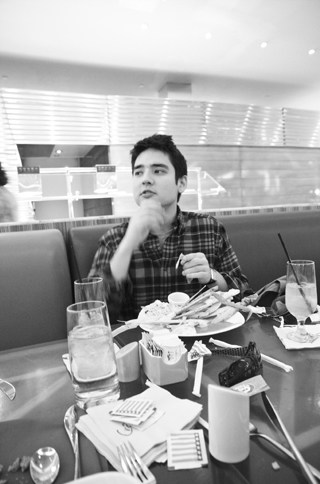 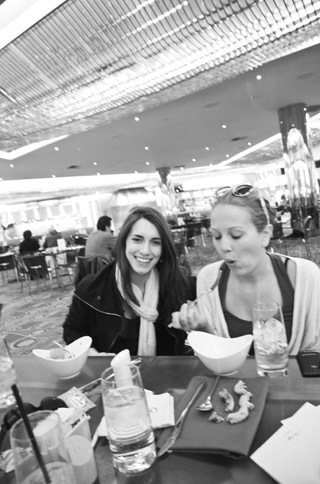 Pretty much the most flattering photo of me ever

Tip: We loved Cravings, in the Mirage, which had a futuristic cafeteria thing going on, but felt cheated by Fodor’s after their recommendation let us to the Buffet at TI. Should have followed the gut on that one.

7. See Shows on the Cheap

The Vegas equivalent of TKTS, Tix4Tonight is a last minute discount show ticket provider. Due to a variety of circumstances we didn’t see any shows on this trip like we had planned, but we stopped and looked at the TKTS screens a few times to see what was on offer and it seemed there were great prices and good seats- as long as you aren’t picky about seeing a Cirque show, in which case prepare to pay full price! But if you’re flexible and looking for comedy, a variety show, or a traditional Vegas showgirl show, check out the various TKTS booths around the strip to see if anything catches your eye.

8. Get into Clubs Free

Okay, so this was a big surprise to me. Thursday morning we headed out looking exactly as fabulous as you would expect us to look after 8 hours of traveling, 6 hours of partying, and 4 hours of sleep, in consecutive order. Kristin and I went in one direction looking for souvenirs and the boys went in the other direction looking for ways to gamble their hangovers away (they didn’t have to go far). Imagine my surprise when within ten minutes we were approached by a friendly girl wanting to give us club passes and put our names on a list. Being a skeptical New Yorker I was super suspicious and almost blew her off but she came through and handed over the passes and her business card without asking for a dime. By the time we got back to our hotel all four of us were on VIP lists for 4 of the hippest clubs in Vegas with drink tickets to some of them. Shockingly, the boys had none of the same offers. 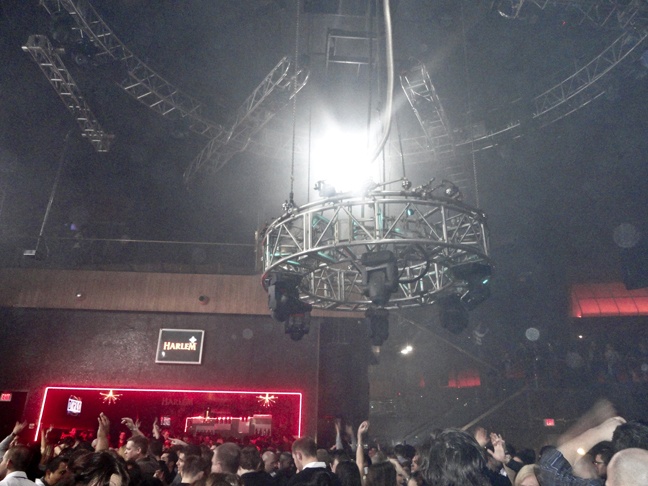 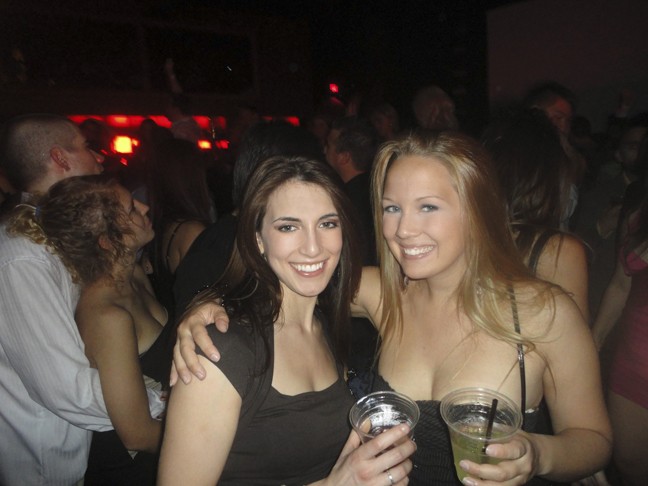 Whew! This post has now reached 1000+ words so I’ll wrap this up: travel against the crowded days and seasons, take advantage of free and discounted entertainment, curb the gambling, and enjoy the buffets. 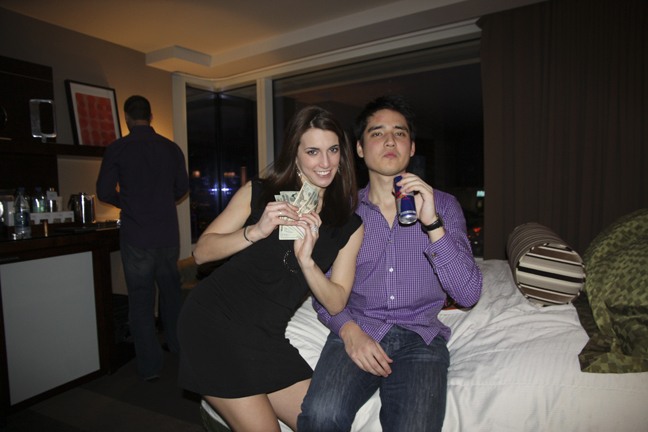 Mind Blown: Glass Blowing at the Corning Museum of Class

All The Stuff I Didn’t Do in Vegas The Big Announcement: The Great Escape Revealed
1 Comment...