The Road is Life

“Our battered suitcases were piled on the sidewalk again; we had longer ways to go. But no matter, the road is life” ― Jack Kerouac, On the Road

Lately, I’ve been fielding a lot of questions about the state of Alex and Anders in both my online and offline life. And that’s only fair. You tell people a great love story, they want to hear the happy ending. 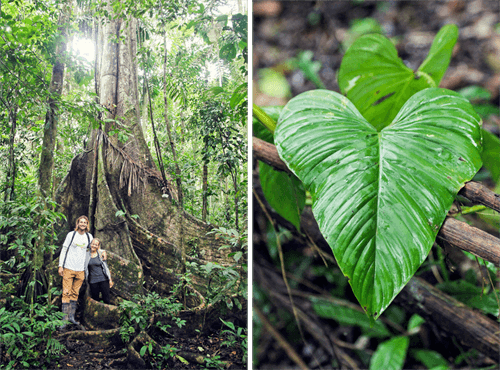 I’ve struggled to find the language to describe the end of things. “Broke up” indicates something awful has happened, that something was fractured and unfixable. “Consciously uncoupled” indicates that we are insufferable celebrities. “Accepted our lives were taking us in different directions to different locations, and went our separate ways with love,” is what I’ve been going with so far.

Before we even left Indonesia, we knew that day would come. Last year, Anders was accepted into a degree program in Denmark, and he deferred his acceptance in exchange for one more year of travel and working abroad. Much of that year we chose to spend together, exploring Latin America. So we always knew it was coming. In some ways that presented it’s own issues, as it’s hard to be in a relationship with a pending expiration date. It’s also hard, always, to be in a serious relationship with someone of a different nationality. Even if we had wanted to, we couldn’t stay long-term in each other’s countries.

“But I always thought of you as the kind of person who thinks with her heart, not her head,” said one of my girlfriends, when questioning why I wasn’t turning a blind eye to the financial, legal, and logistical obstacles and relocating to Scandinavia in the name of love. It gave me pause, because I’ve always thought of myself the same way.

And after giving it some thought, I still do. Thus far, the great love affair of my life has been with the open road. The one-way plane tickets, the electric feel of the exotic, the getting lost and finding myself again. I’ve never heard a more enticing pickup line than a departures call at JFK, and I’ve never known a more seductive glance than the one of a new country out a plane window. I’m not ready to give any of that up.

I’ve accepted that my lifestyle is going to mean a lot of goodbyes. It is not a small sacrifice. Yet rather than mourning the end of things, I think of my time with Anders as a gift. You know how people say, “He’s better than I deserve?” I would say the same, except the best thing about Anders was that he reminded me I actually do deserve it.

There are a lot of people who won’t understand the choices we’ve made, to choose ourselves over us. That’s okay. Our paths will converge once more, briefly, in July. I’ll visit Anders for a week in Malta, where he’s working the summer dive season up until he has to report to Denmark for the next chapter of his great journey. And then, once again, we’re going to go our separate ways with love.

But no matter, the road is life.

Photo of the Week 151 Kids Say The Darndest Things… About Travel
121 Comments...