Some places take on a kind of mythical reputation in the travel and diving world. Places where the photos look like postcards, the parties are hard and the living is easy. Utila is one of those places.

It’s a small island (about 25 square miles) with only one proper settlement, Utila Town, which stretches along the main road, wrapped around the harbor and less than 2 miles across. It’s siren song is cheap dive certification, frequent whale shark sightings, and a well established traveler “scene.” 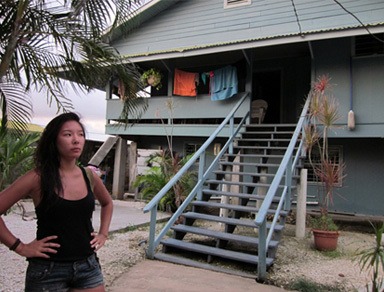 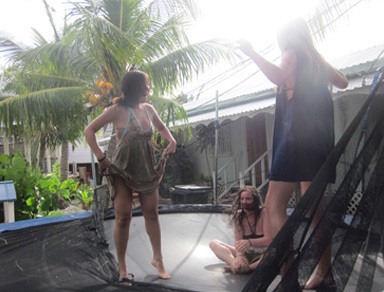 From the moment we arrived the streets reminded me of Koh Tao, the island where I learned to dive last summer in Thailand. Dive shops, guesthouses and bars line the streets with handpainted signs and banners, motorbikes zip by and everyone is tan and blonde and coming to or from a dock somewhere. 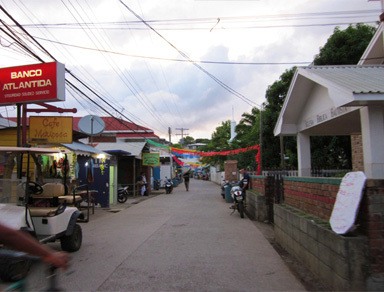 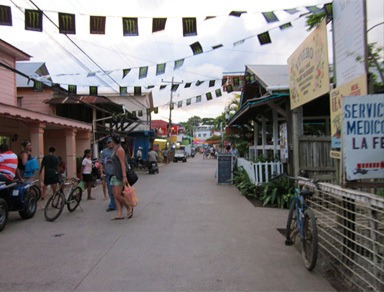 It was because of the strong diving emphasis that I was a little nervous that my girls, all non-diving New Yorkers, would be a little turned off. So with that in mind Mark and I decided to put off jumping on a dive boat for a day to enjoy the beaches. We grabbed some Salva Vida and headed to the free beach that bookended the town to the west, Chepes Beach.

The girls had stopped here the day before and said it was alright. Well, keep in mind that I had just spent the summer on a beach consistently listed as one of the best in the Caribbean, but I was unimpressed. The water was kind of murky and the sand was hard and brown. But it was so hot we all sat ourselves in the water to cool down and catch up after a summer apart. After a few minutes of swapping stories it comes up that not only have the girls never dove, they have never even breathed through a snorkel. Suddenly the day became a lot more exciting as I practically jammed my snorkel down their throats and held their heads underwater. 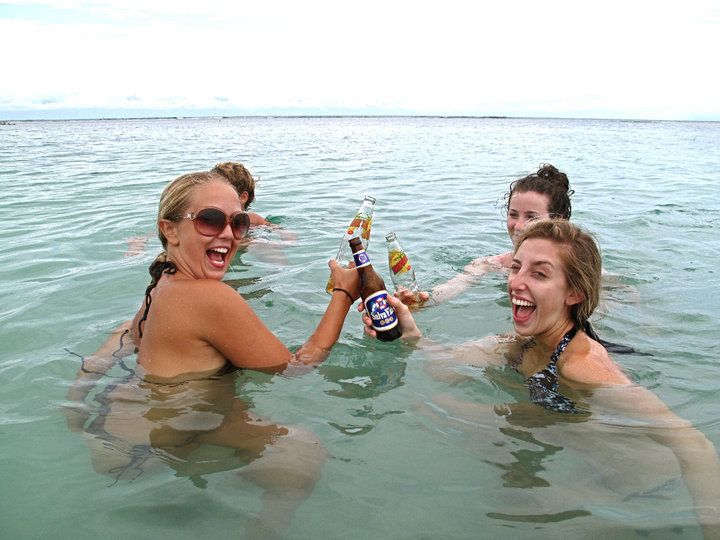 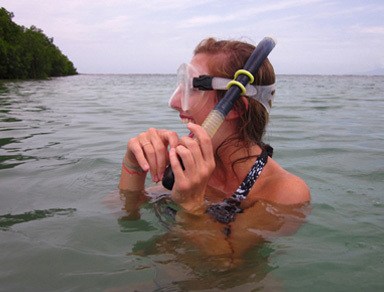 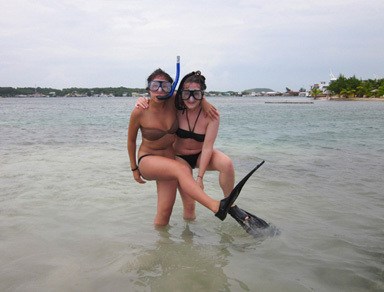 Eventually I decided that just breathing through the thing wasn’t enough, they needed to actually SEE something so we walked to the other beach, Bando Beach, which bookends the town on the East side and actually has a coral reef. After a bit more practice close to the beach Steffi and Liz felt ready to swim out to the reef. The water was really rough and it was definitely not ideal snorkeling conditions, but they were troopers! I kept panicking and counting all the snorkels sticking out of the water, wondering if I was going to have to use that new rescue certification. The reef was thriving and we even saw divers going through skills for a course in a sandy patch. They must have wondered what us crazy snorkelers were doing so far out on such a rough day.

You know those one liners that always happen on a trip, the slips of tongue that you repeat all week and crack up every time? When made it back to shore the girls gushed to Melanie, who was a bit wary and had stayed behind.  “I don’t know guys. I just haven’t had much experience with the underworld.” Well, me neither, but that under water world sure is nice. 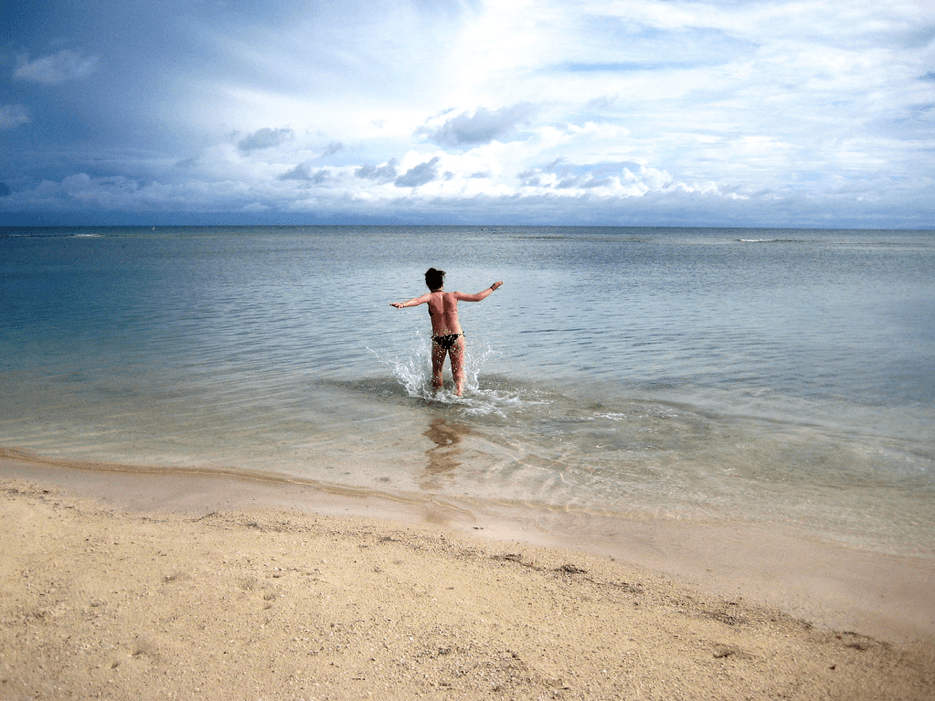 Traveler’s Note: So in our first day we got up close and personal with both of mainland Utila’s beaches. Chepes has the upper hand in that its free, but frankly it was not that nice, at least on the day I saw it. Bando was much more attractive with white sand and clear water, but you have to pay an entrance fee of 60 lempiras, which I found irritating and overpriced. If you find yourself here, just be aware that while you can’t bargain the entrance fee, I was able to nearly halve the original quote to rent snorkels and masks for half the day for the girls.

Reunited in Utila Getting What You Pay For: Diving Utila
3 Comments...