Here we are, catching up on my black hole of content from September of 2016 to April of 2017! So excited to be turning my detailed notes and journals into blog posts from the United Kingdom, Hawaii, Jamaica, Thailand and Bali! Right now we’re bopping around England. Thanks for joining me on this trip down memory lane.

It wasn’t easy to tear ourselves away from our newfound British obsession of Brighton. The only thing that eased the pain? The prospects of a fun-filled, weekend-long reunion with our friend Kat in London.

Now, this was my fourth trip to London and my previous visits have all been over a week and generally involved hopping all over the city to see a million different friends. This time, we kept it simple and just stayed with Kat at her new flat in Forest Hill. While I was gutted that so many of my London girls were out of town on the particular weekend we were passing through, I reminded myself that this trip was all about getting out of the capital and seeing what the rest of the country had to offer. 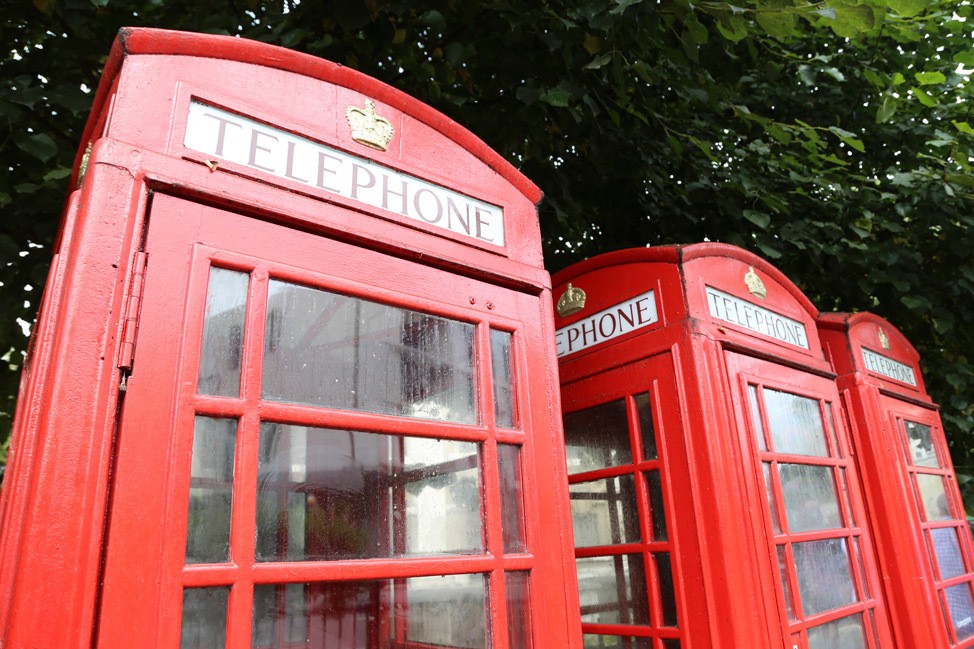 As usual, Kat had an excellent itinerary planned. We arrived in the early evening and gossiped and discussed plans over takeaway. Eventually, we stuffed into a cab and made our way to the Reggae Terrace Party at Brixton Jamm, a show Kat had scouted out as right up our alley. She was spot on, as usual — the live music was fantastic, the venue was great and we loved checking out the Caribbean vibe of Brixton, a new neighborhood for both of us.

I grabbed a free CD from Randy Valentine, a Jamaican-born, British-bred artists we’d seen on the way out, and listened to it often in the car. Months later, I nearly fell out of my chair when I heard my favorite song from the album playing on the radio in Jamaica. Doesn’t get more authentic than that! 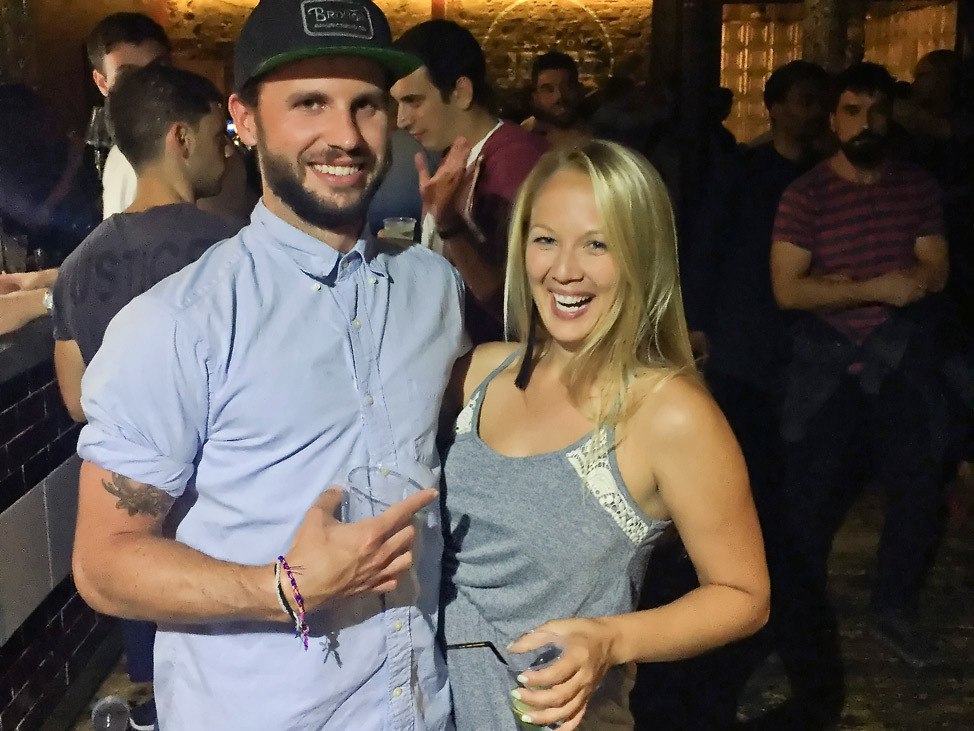 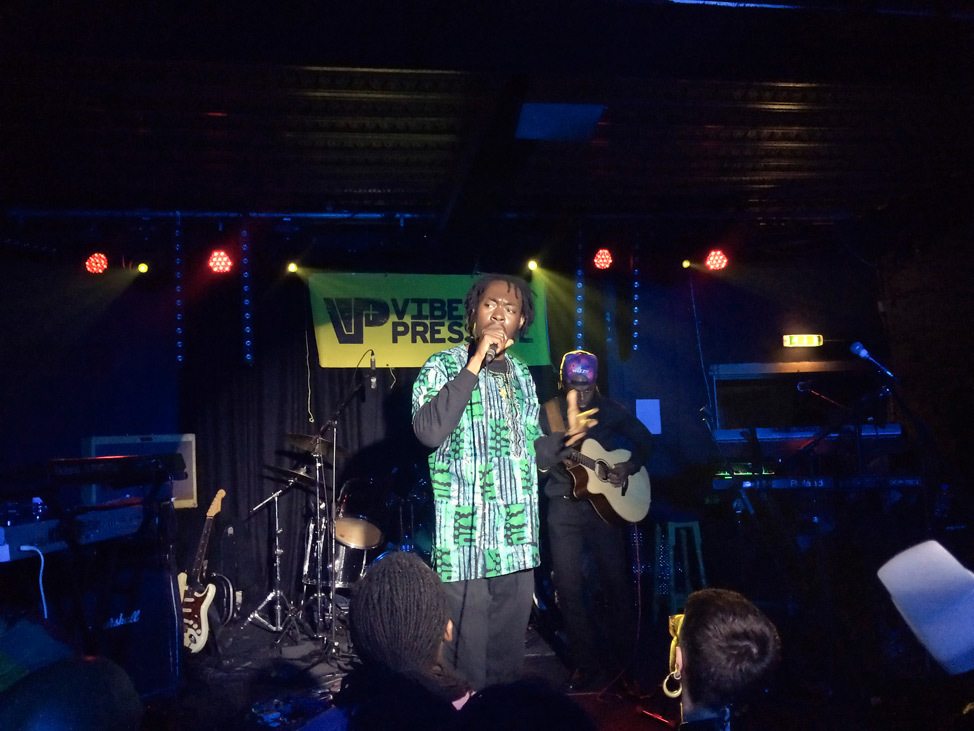 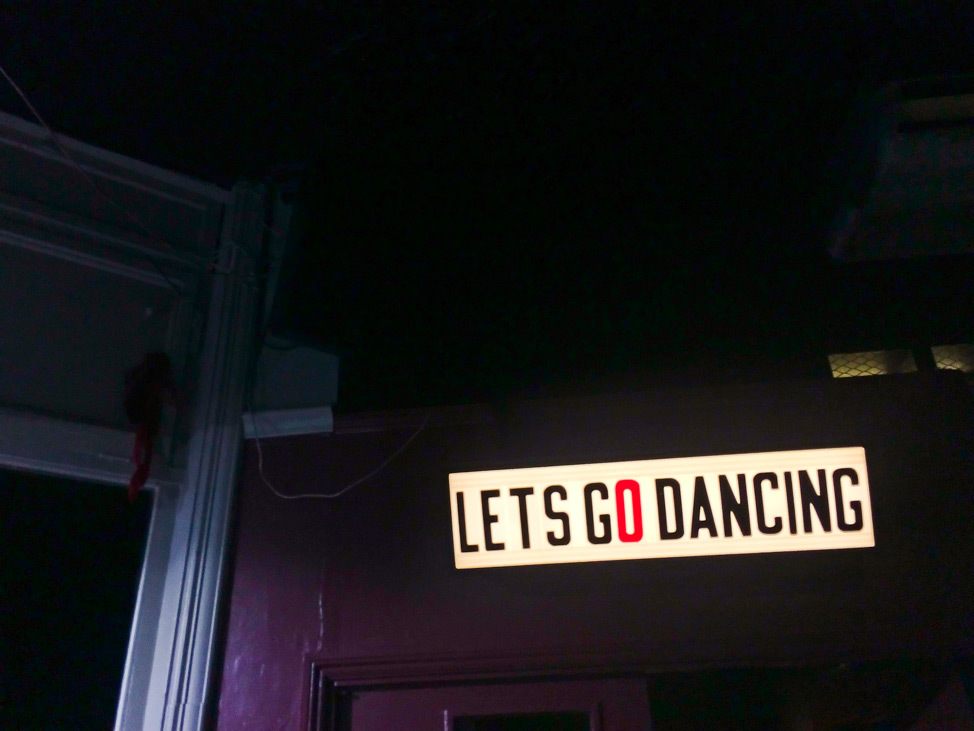 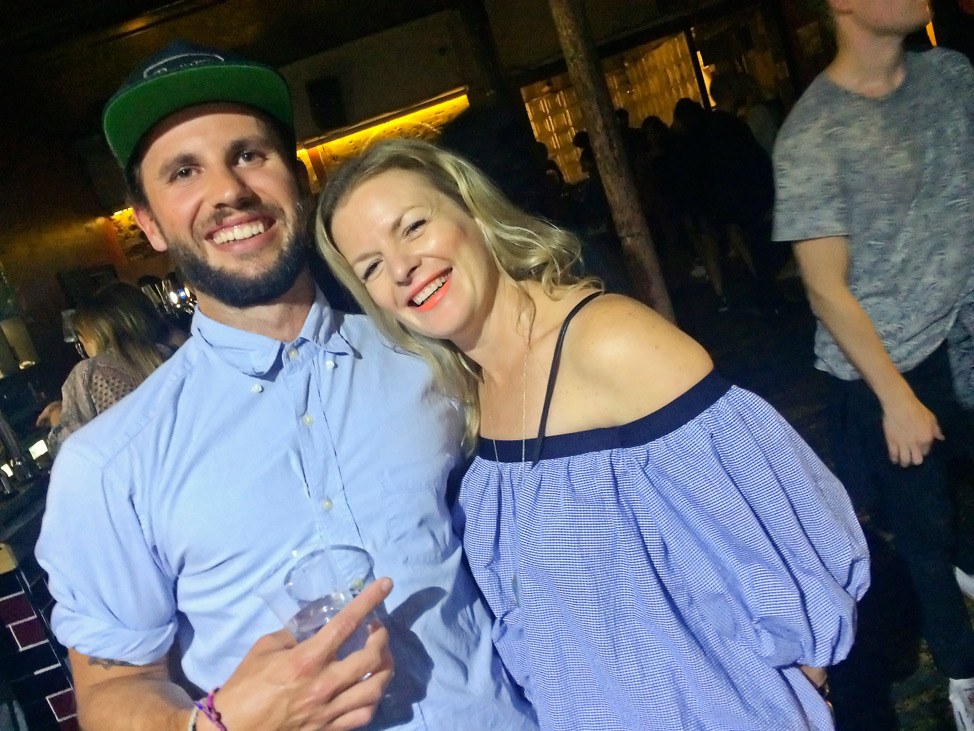 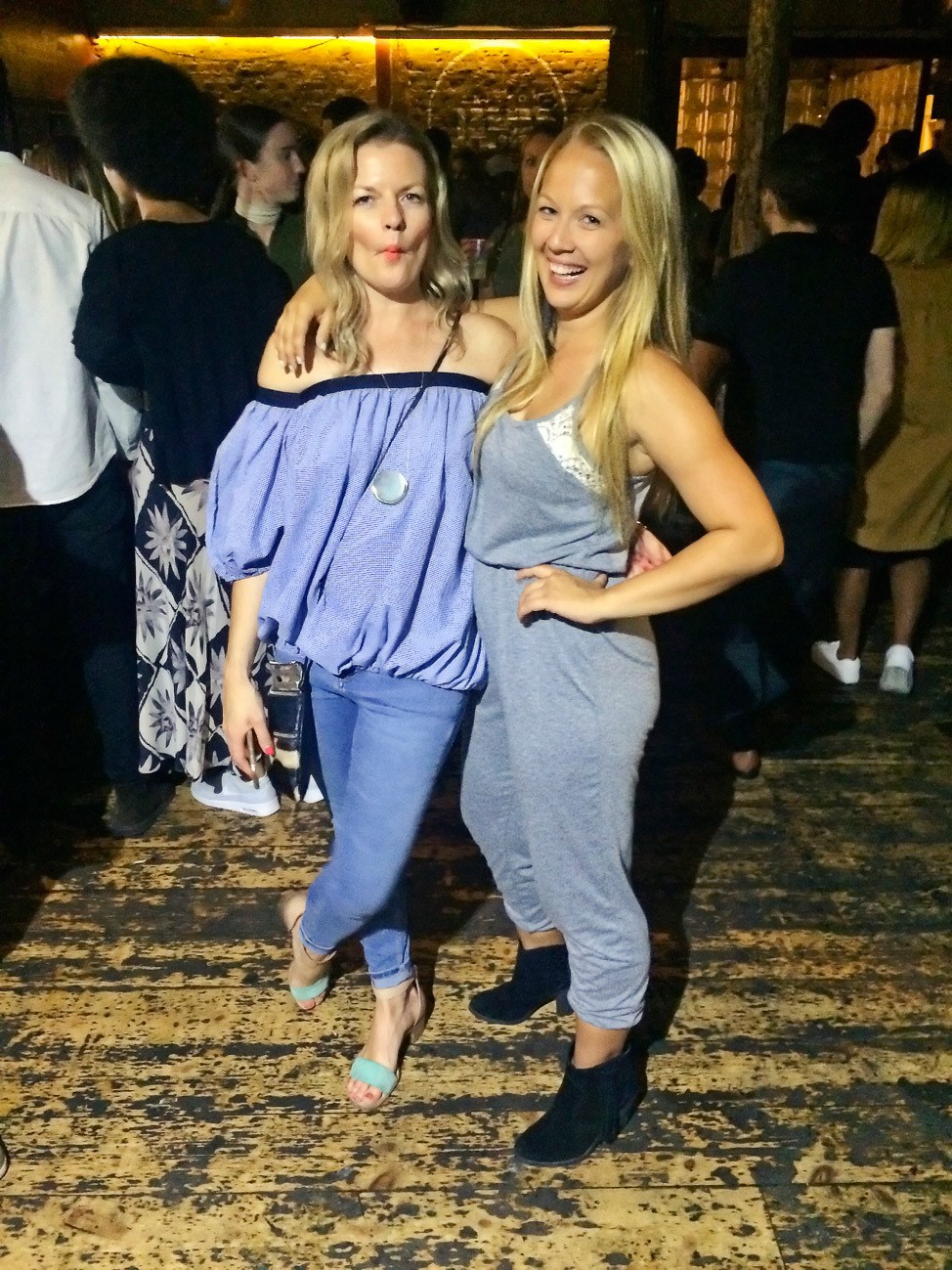 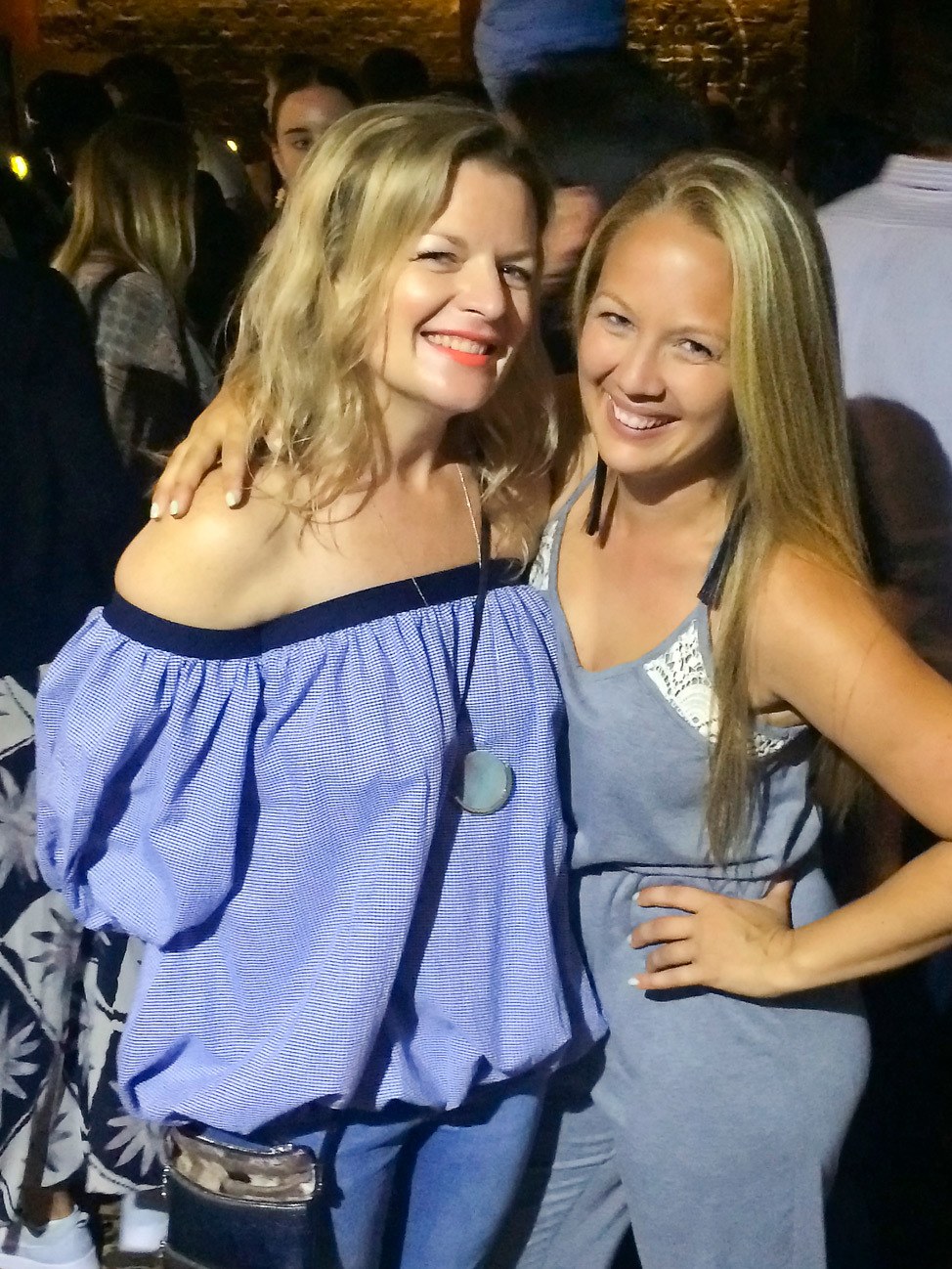 We had a very fun, very late night, and when we finally roused the next morning we treated ourselves — well, let’s be real, Kat treated us — to an enormous British fry-up in her cute, bright little kitchen.

And then, my friends, I confess: we spent the day on the sofa! It was actually pretty glorious. That’s the beauty of going back to a place you’ve been quite a few times though, and accepting you need a break after along stretch on the road. We watched bad movies, told old stories, and laughed our heads off while pushing through our hangovers. 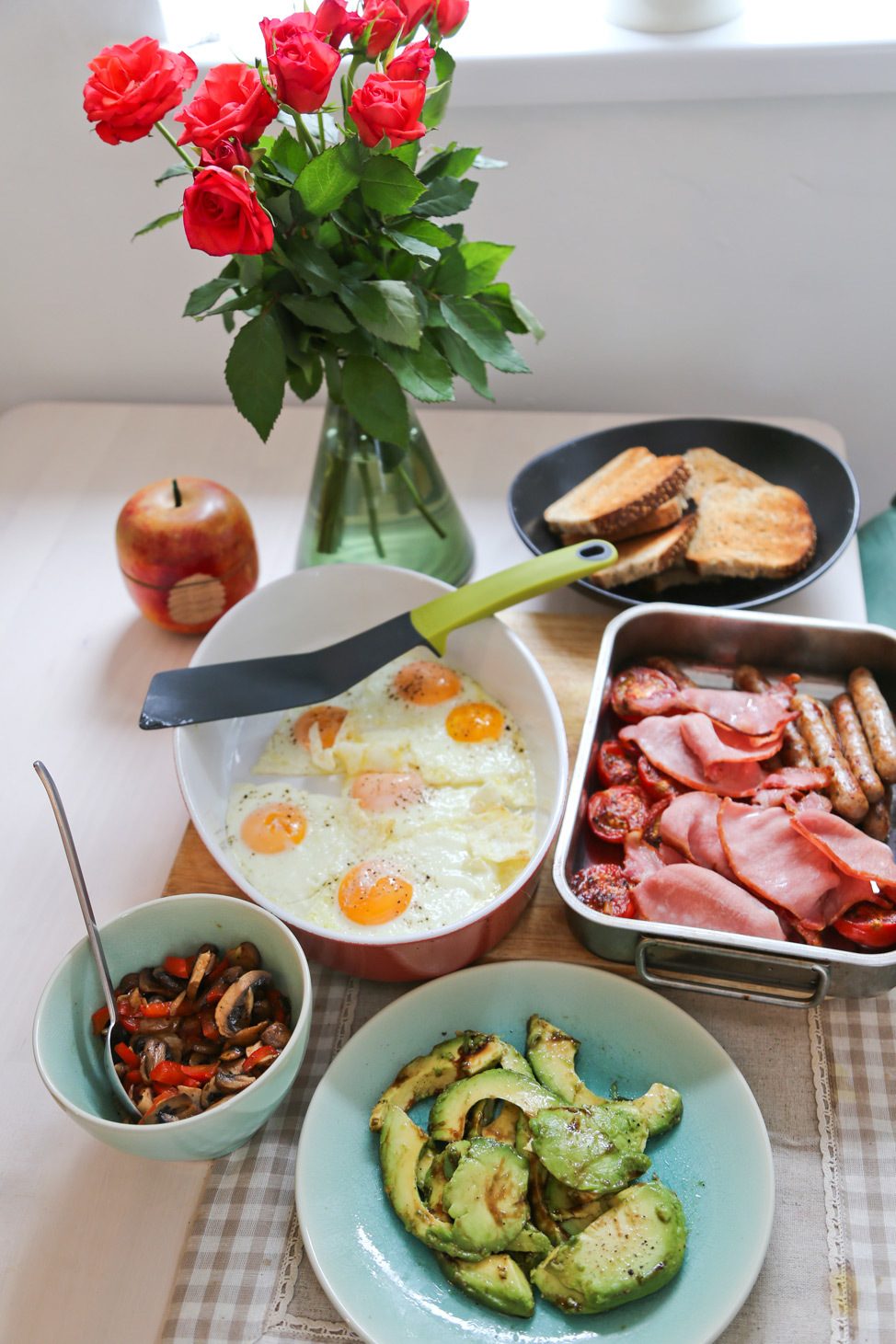 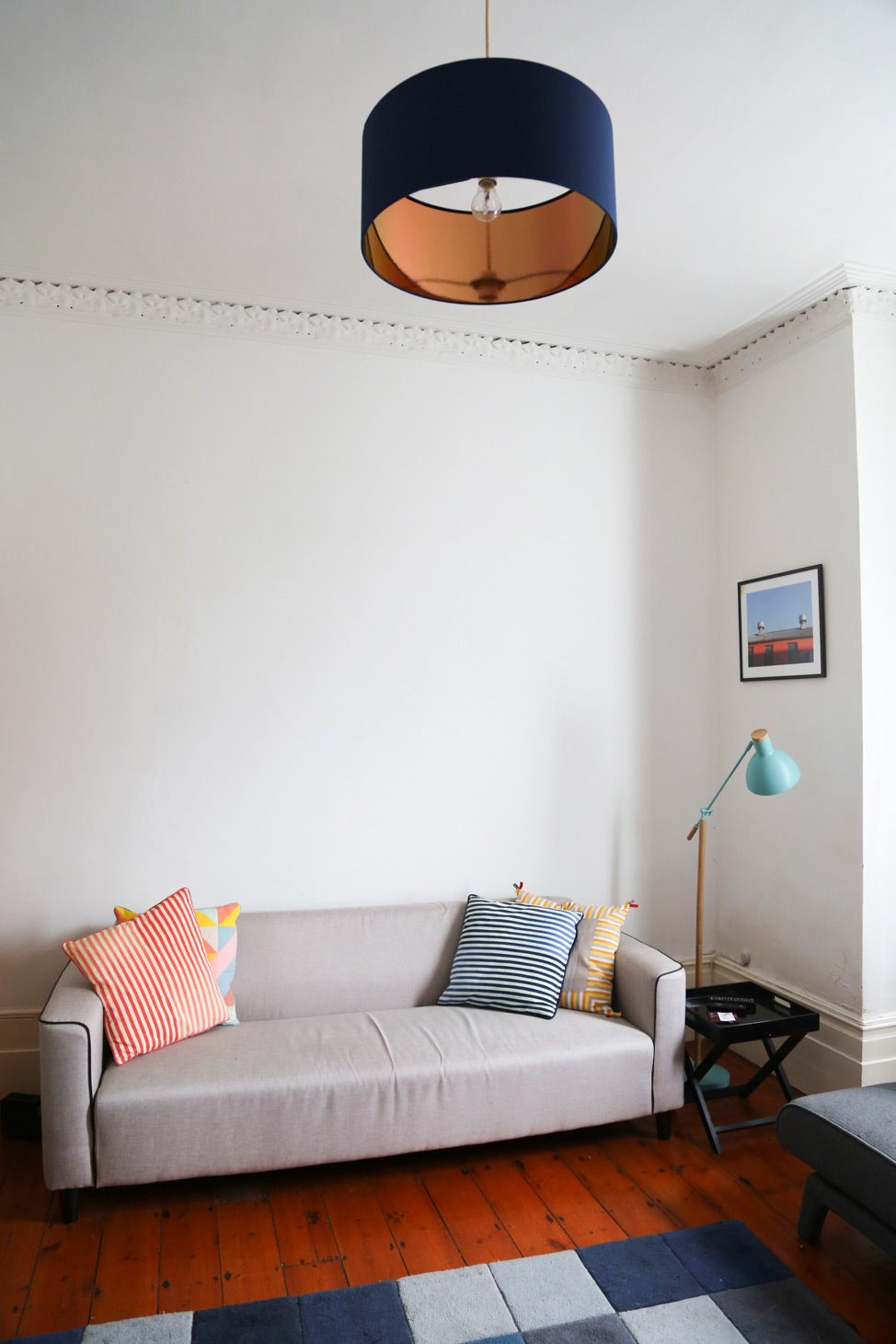 Eventually, we decided that we would indeed emerge from our pajamas at some point. As the former opening manager of Soho House London, Kat was able to pull a few strings and get us a last-minute reservation at Shoreditch House, which I’d been lucky enough to have a drink at a few years ago with my friend Louise, who is a member.

While photos aren’t allowed inside any of the Soho House locations, I swooned over the interiors of the rooftop Italian-inspired restaurant and loved every bite I put in my mouth. If you know someone who’s a member here, it would be well worth it to treat them to dinner in exchange for bringing ya!

We even felt revived enough to do a spot of bar-hopping around trendy Shoreditch before once again, finally calling it a night. 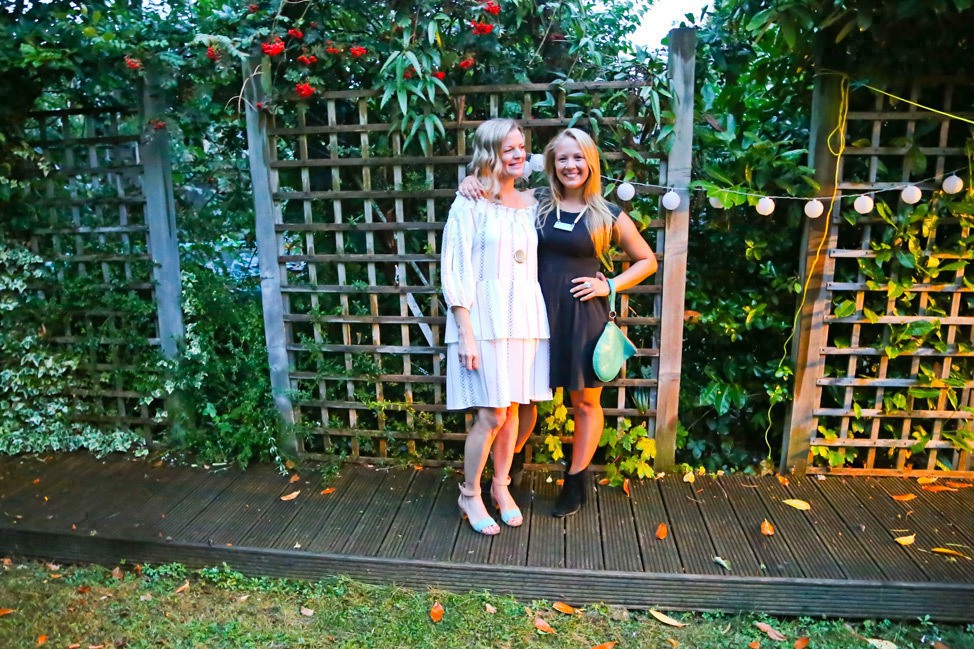 Sunday we woke up once again feeling delicate — Kat knows all the best parties! — and I was sorely tempted to spend another day exploring the many intricate seating opportunities of her living room. But Kat, that darling clever host, had already arranged a day of fun for us in yet another new neighborhood — Greenwich. 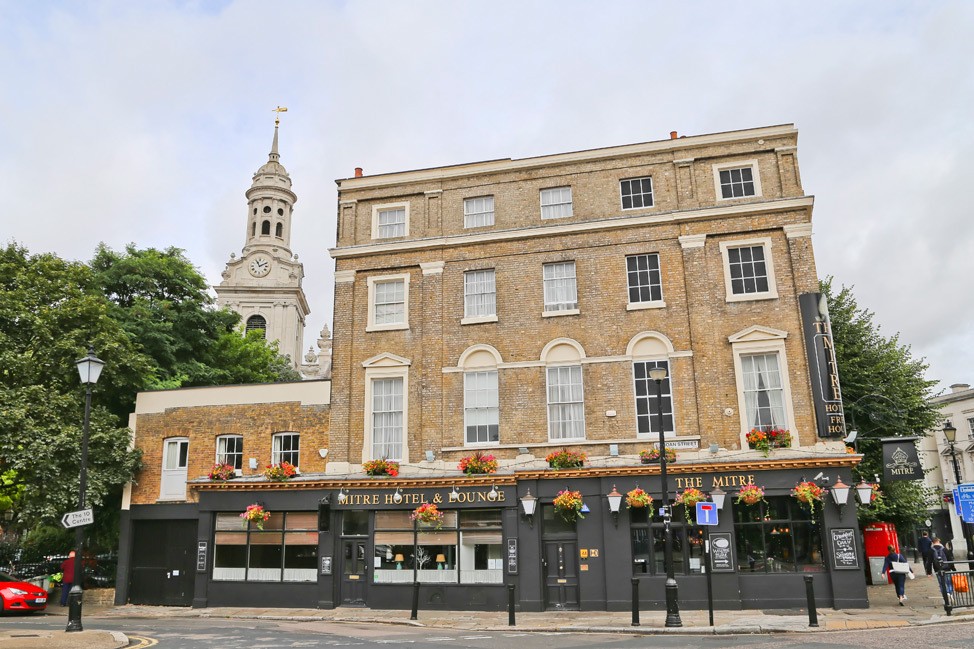 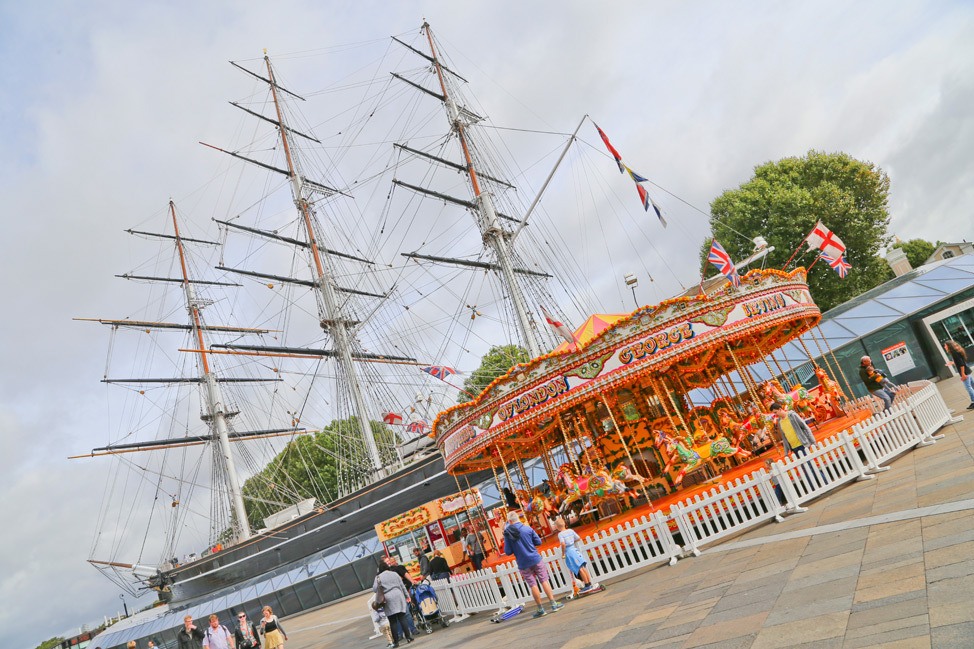 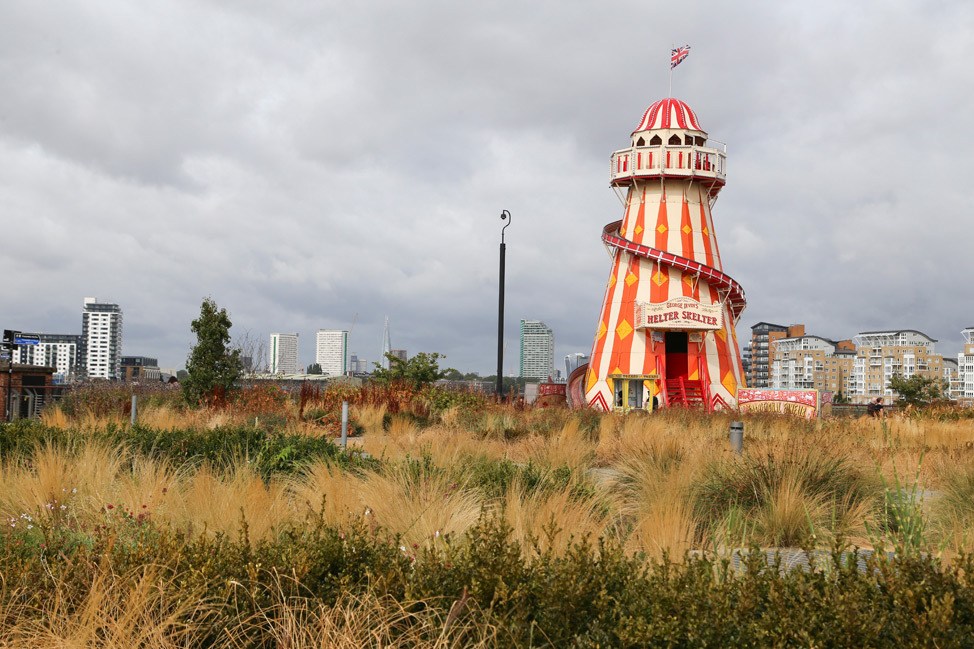 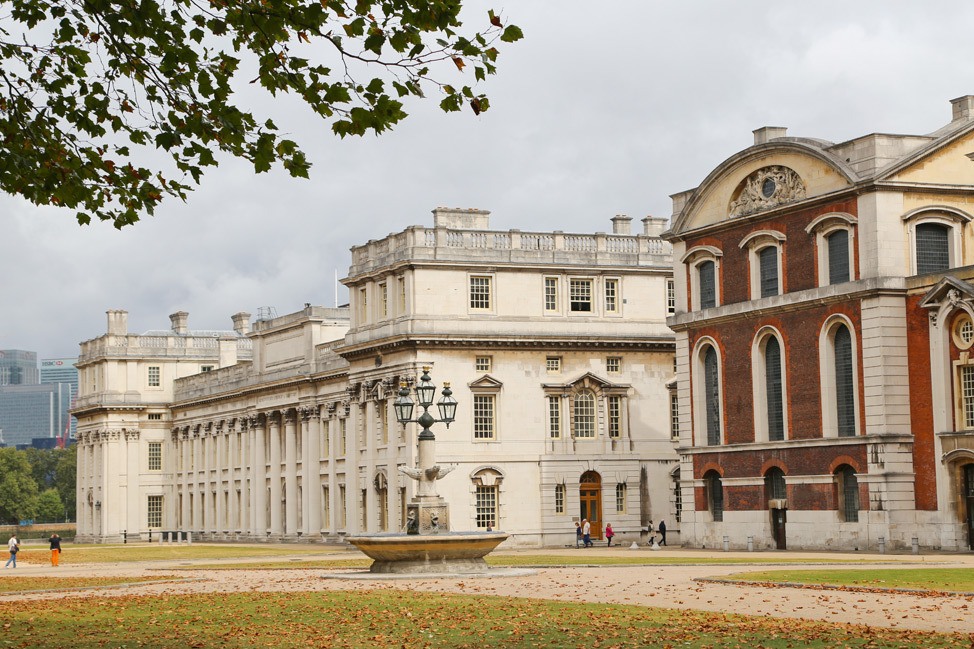 We were there to take a private yoga class in Greenwich Park with one of Kat’s recently-certified yoga teacher friends, and as you can see Ian was feeling incredibly enthusiastic about the entire adventure! 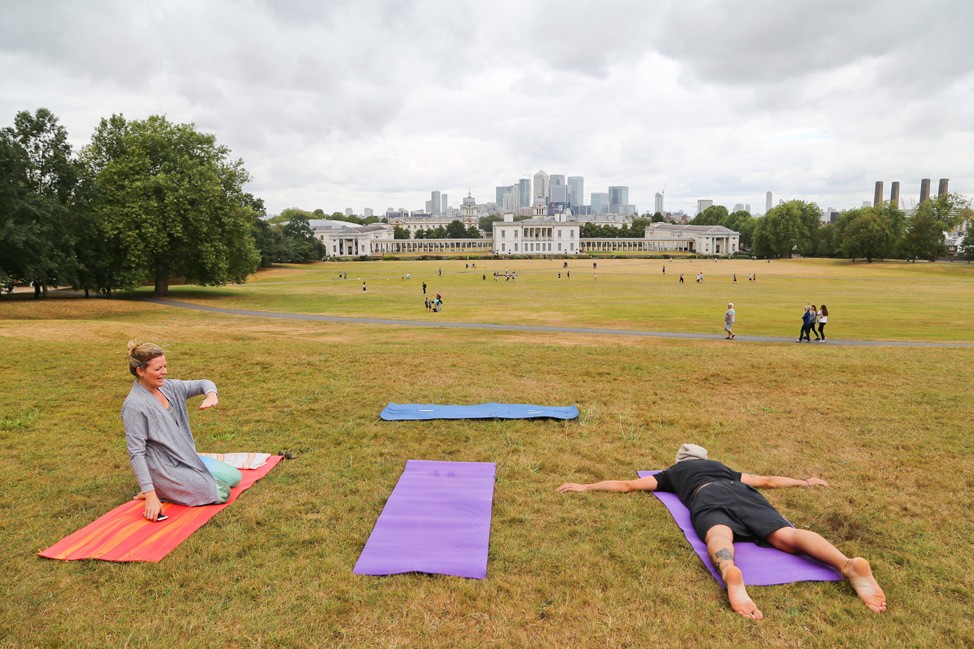 Just kidding. It was a struggle to get up and out but once we were on our mats, stretching our bodies and saluting the sun and the the Greenwich meridian line running through the park, I felt pretty darn good.

You couldn’t have asked for a more beautiful and peaceful setting — ya know, aside from that one moment when a group of Asian tourists approached very closely and began intently taking many photos of us in what could be considered fairly compromising positions — aside from that it was glorious. What a unique opportunity — I can always count on Kat to arrange something so special. 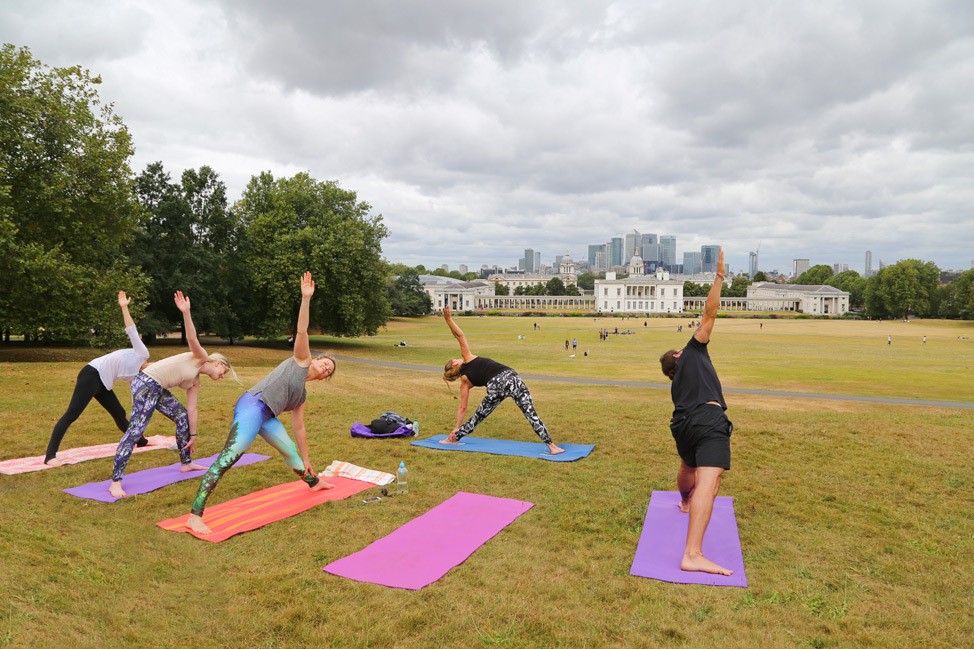 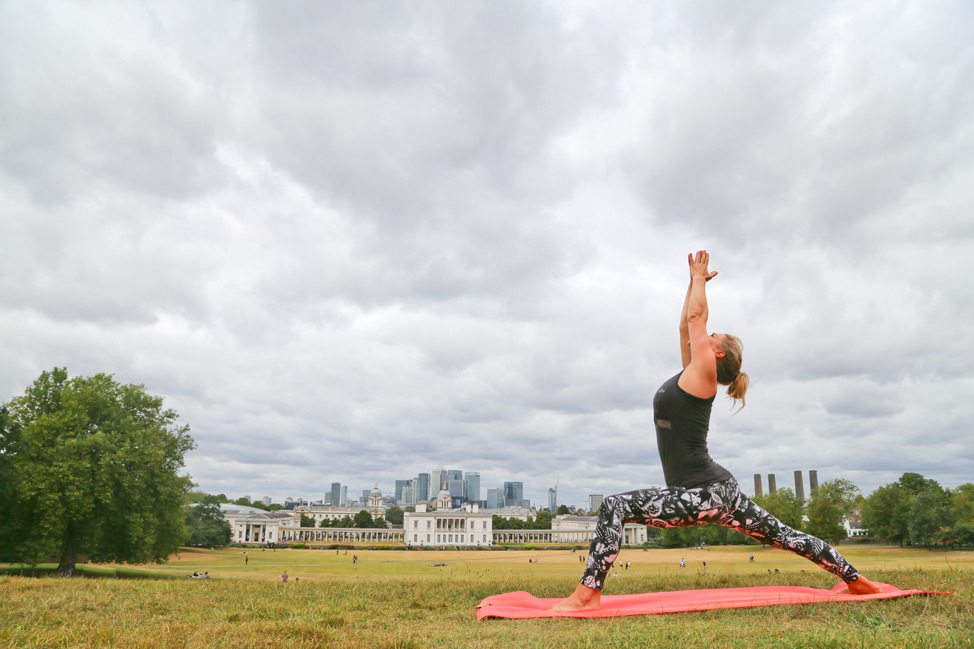 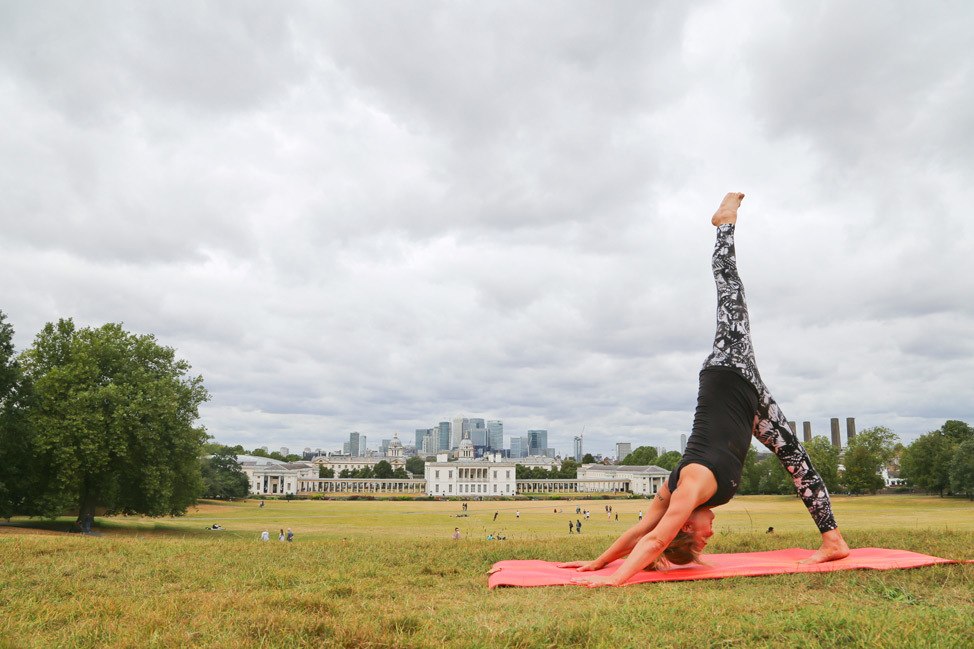 After yoga we had a big lovely brunch at Sticks N Sushi, a bustling restaurant with a seriously extensive menu of sushi, skewers, and other beautifully presented Asian-inspired bites. If you’re looking for a break from pub food on a big British getaway, I highly recommend it!

After, we returned to my new top London attraction for the remainder of the afternoon and evening: Kat’s couch. 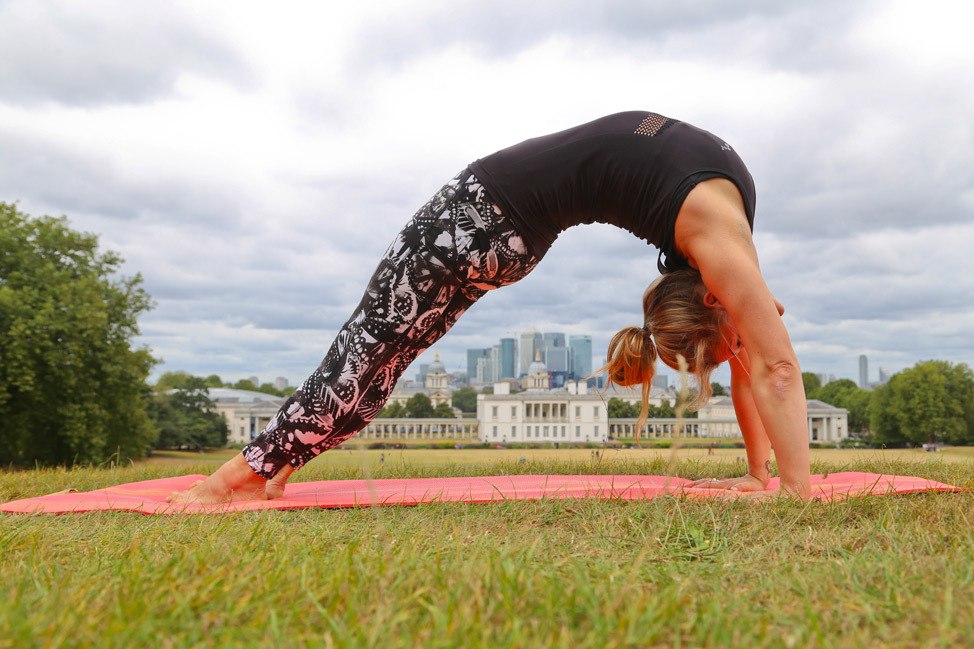 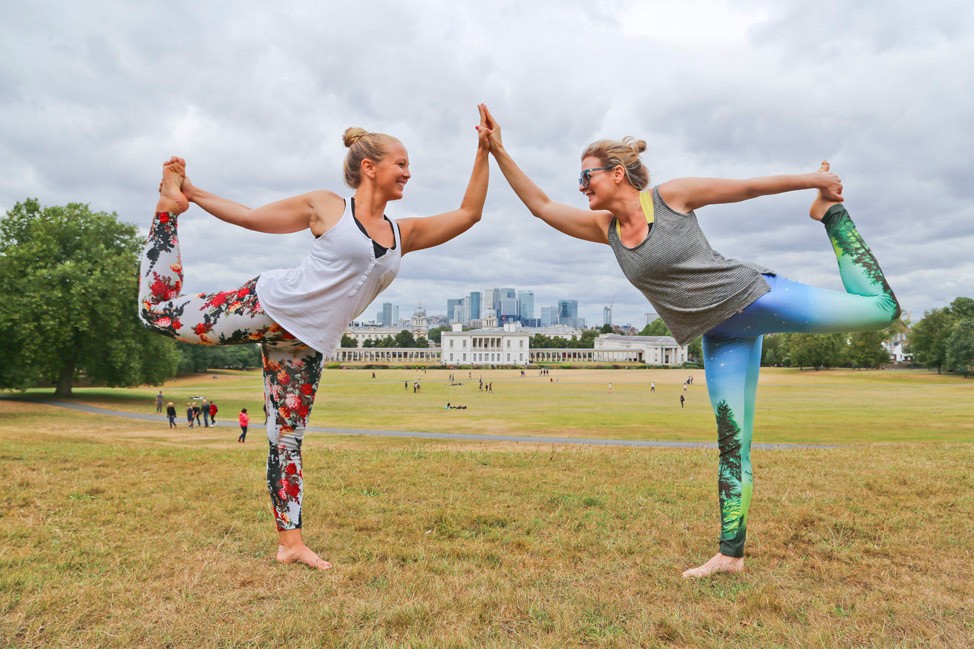 Our three short nights and two quick days in London literally flew by. Still, despite plenty of time in chill mode, I managed to check out two new neighborhoods, have two great nights out, and fold in a million laughs and hugs with one of my dearest friends. Thank you Kat, for your amazing hospitality and friendship.

Till next time, London — I know it won’t be long!

Next stop: a road trip to Bristol… 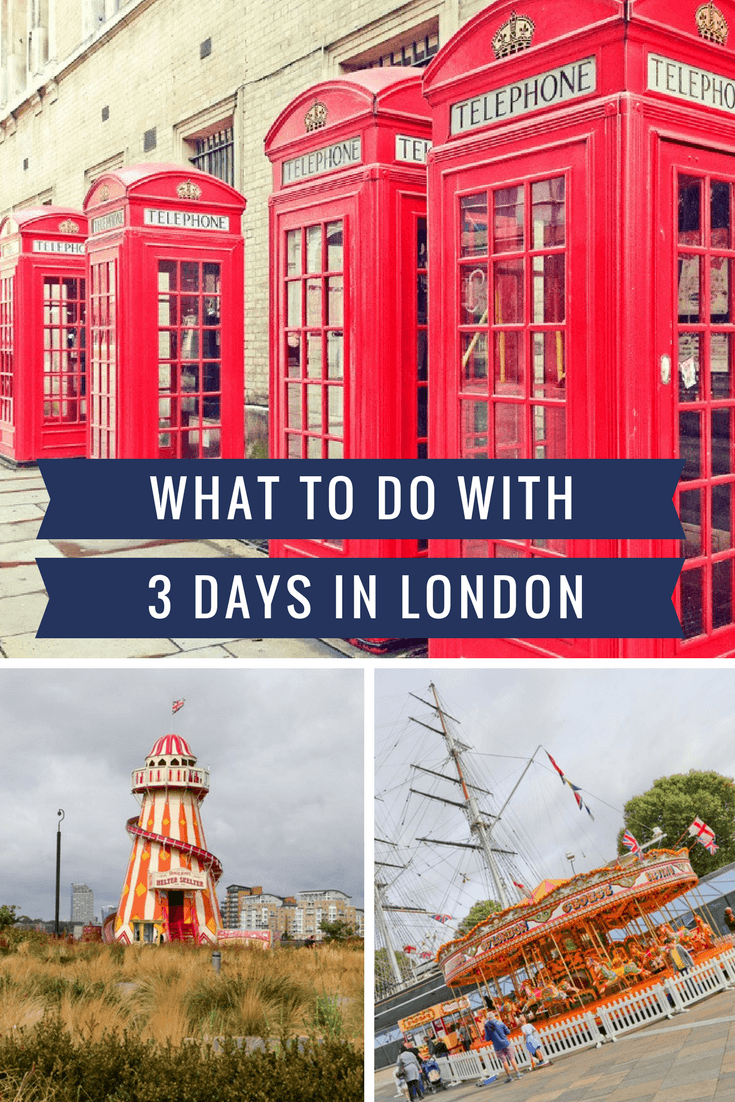 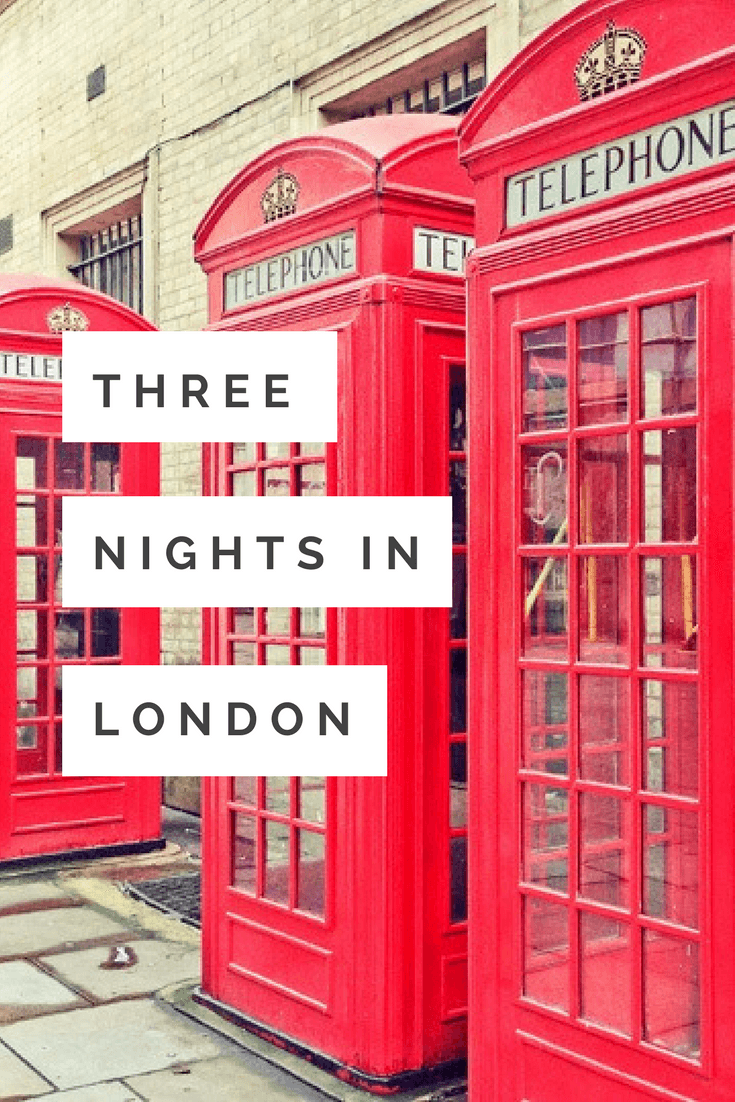 Back to the British Isles: Our 2019 Friendunion in the UK

A Weekend in Manchester

What To Do in Brighton: The UK’s Coney Island #WeArePADIWomen: Interviewing Swish Suits Founders Chelsea and Victoria Berg
17 Comments...