Greetings from Tucker land, y’all! (That’s what I like to call planet Earth.) My mom is on vacation in Martha’s Vineyard this weekend with my Aunties Kristin and Michelle, so she asked if I could take over blogging duties for the day. And I was like, finally. My buddy Ella has been having her say on Camels and Chocolate for years.

So anyway, mom asked me to blog about our trip to Philadelphia to visit my favorite favorite best ever amazing most wonderful top human in the whole wide world, John. Mom tells me he’s my grandpa but I like to think of us as just best buds. 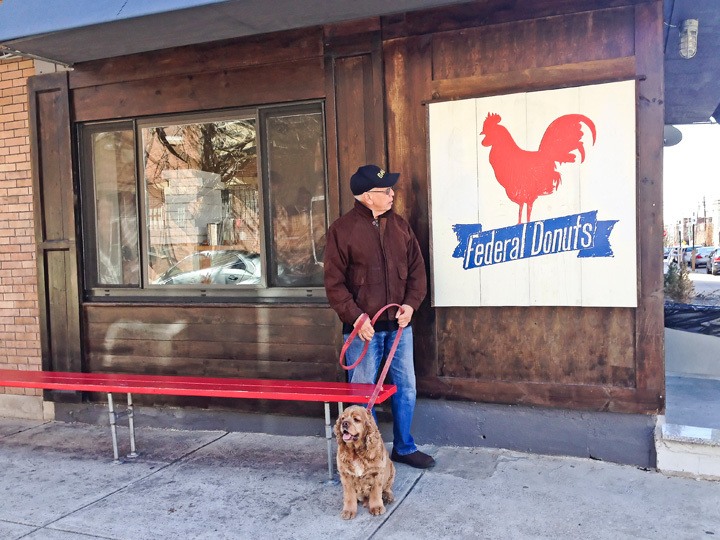 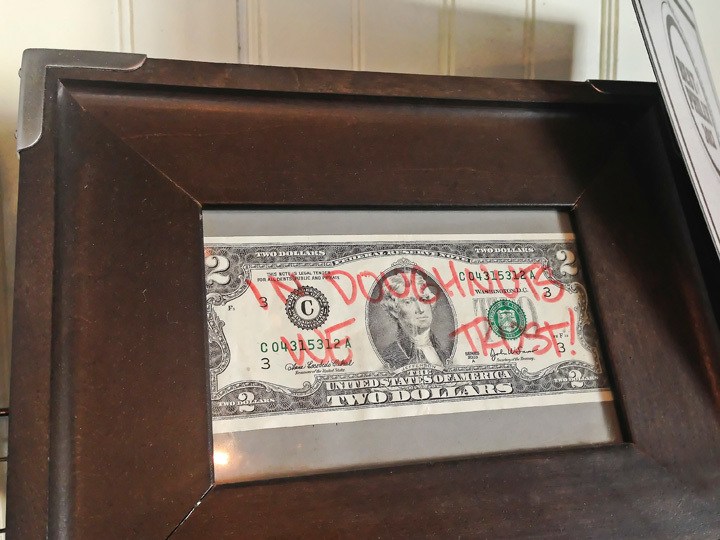 First up? A stroll around the block to Federal Donuts. I was not consulted on flavors — rude, since eating human food is my second favorite activity of all times, after riding in the car with John. Even ruder, they barely let me have any, all while bragging they were “the best donuts known to man.” Um, how about known to canine?

It was one in a long line of not-letting-Tucker-have-food-offenses. 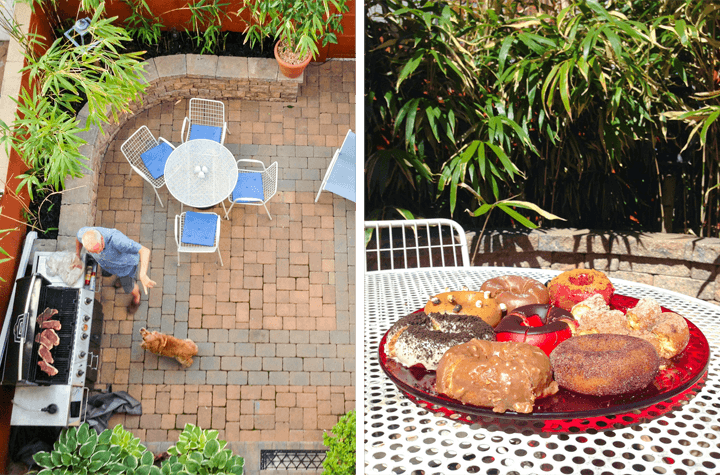 Because Aunt Olivia and Aunt Zoe (well, she’s not my real aunt but she is mom’s best friend) were in town too, I decided to give them a little tour. Last time mom came to Philadelphia, she did all kinds of activities that were discriminatory to dogs, as in did not let me come along! Offensive. This time, things would be different.

We started out by catching an impromptu street parade not far from John’s house, where some of the local bands were warming up for the Mummer’s Parade. At least I think that’s what I heard them saying. I was kind of busy on sniff patrol. 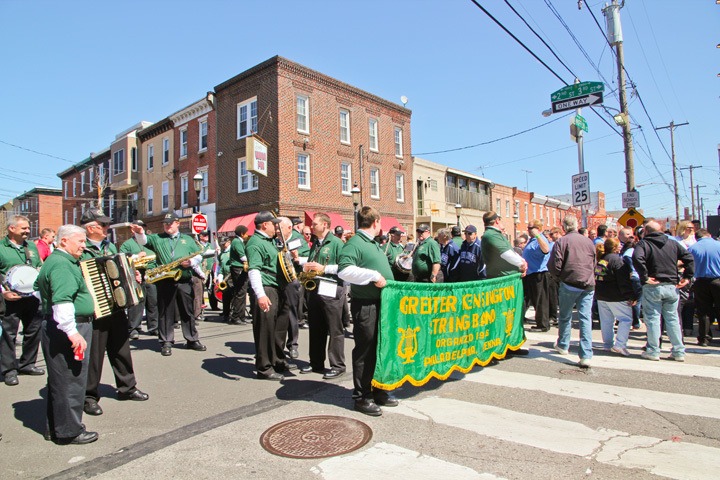 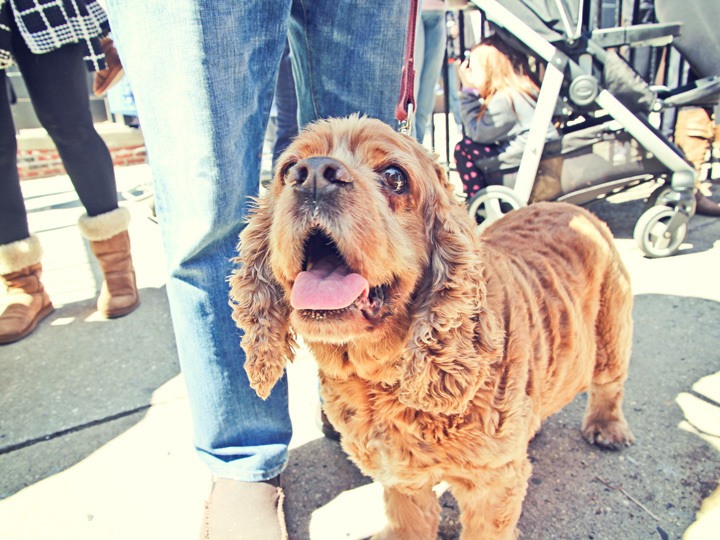 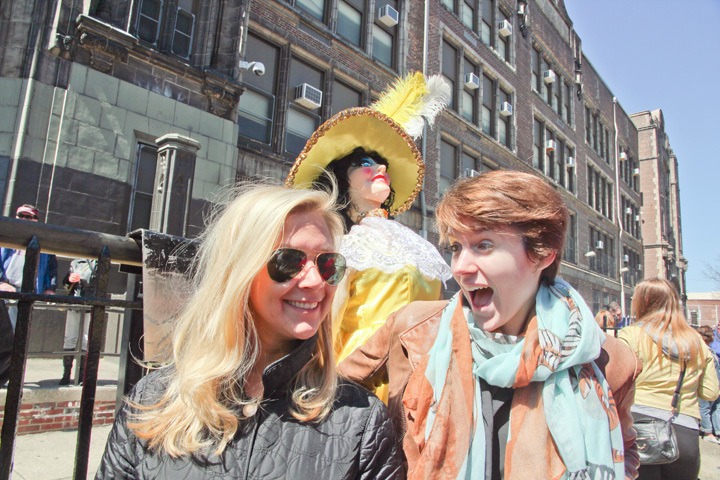 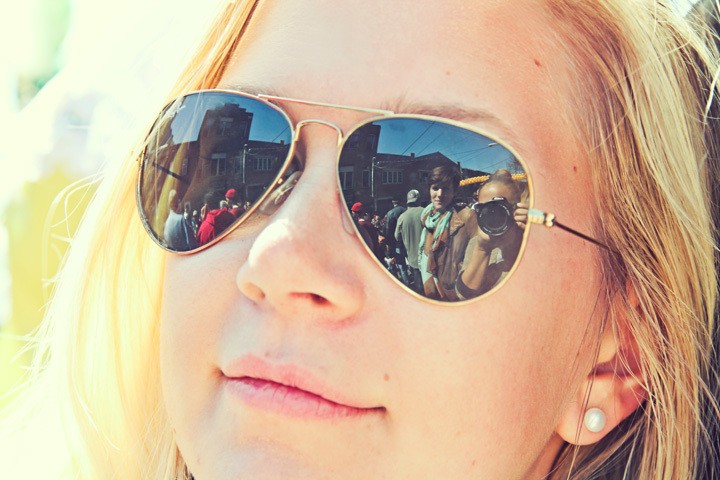 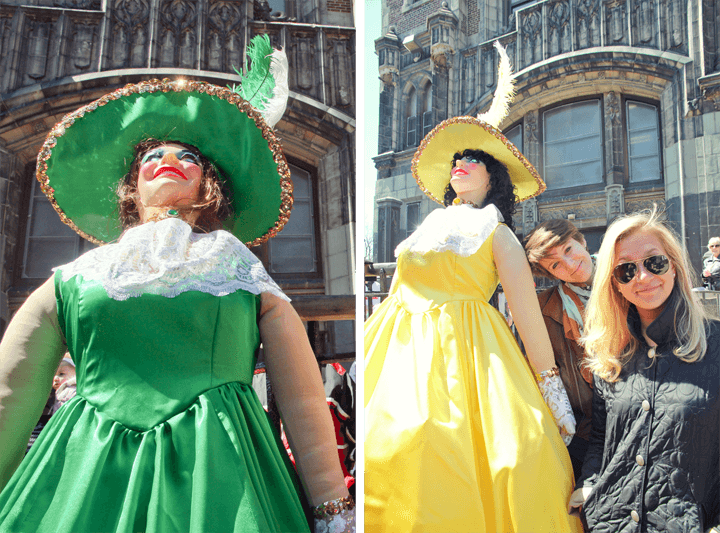 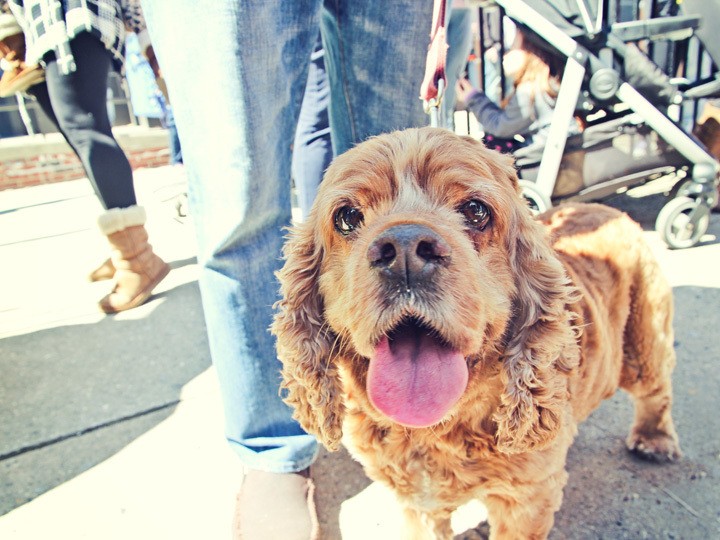 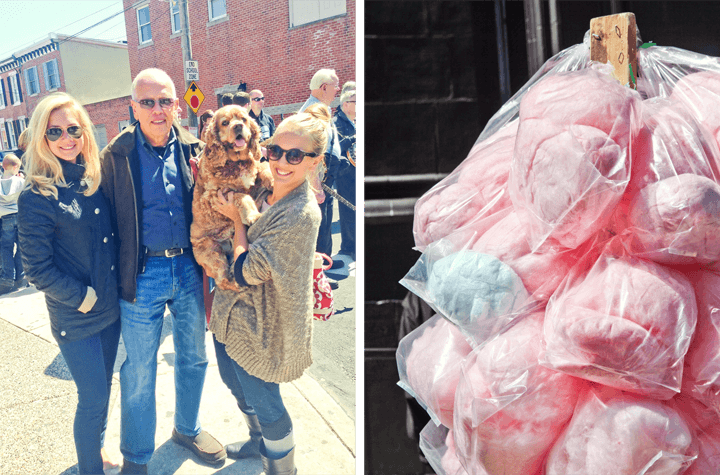 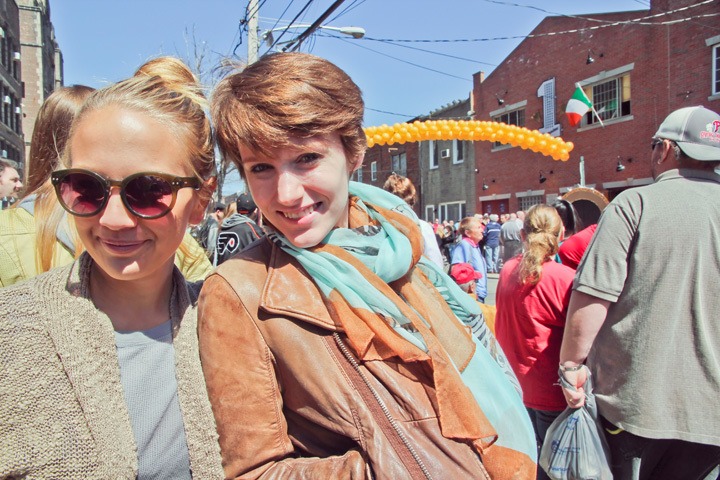 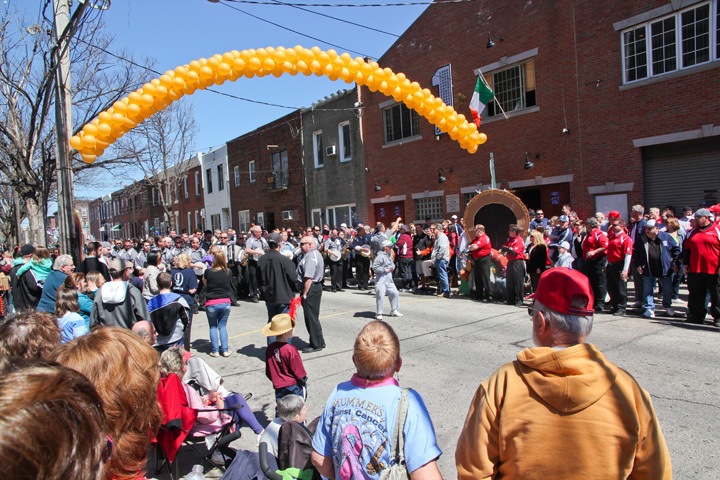 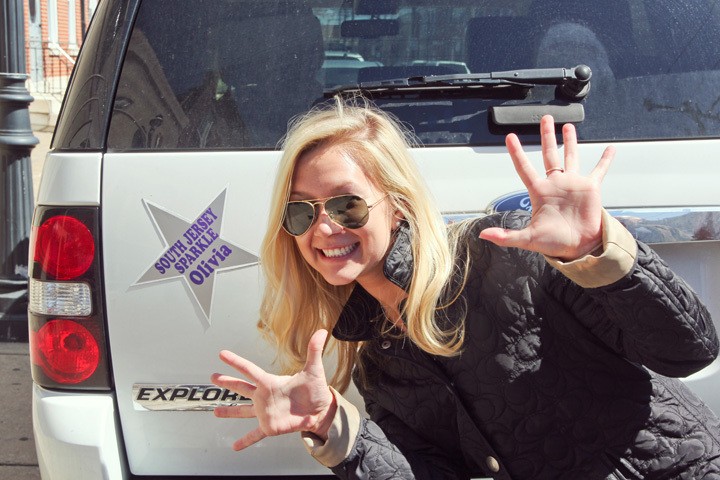 Then we all piled into the car to the Philadelphia Museum of Art. Since this is another institution that practices discrimination against dogs, we weren’t going in — we were just soaking up the view, and meeting up with some friend named Rocky who never showed. 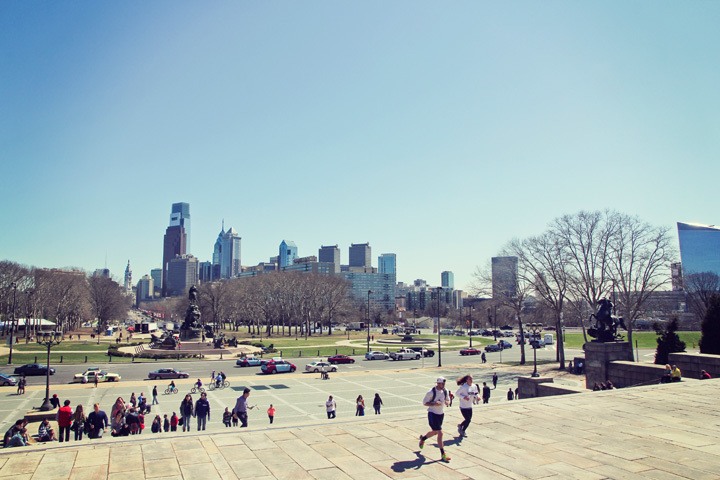 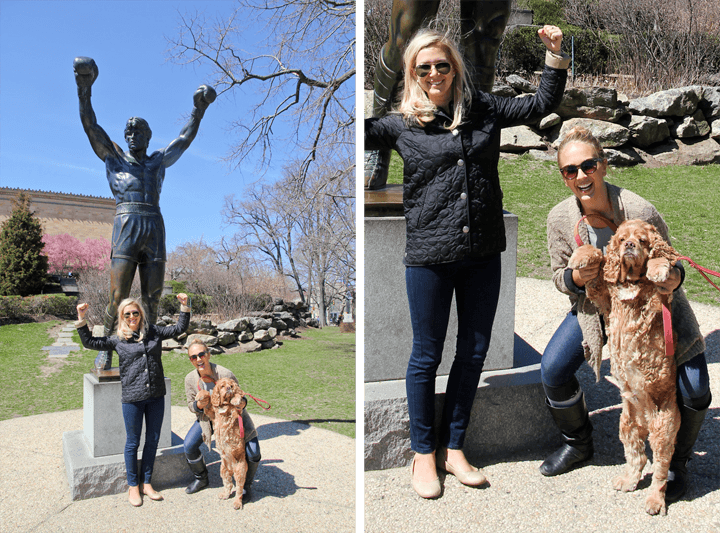 Afterwards, we went through a stroll into the park and along the boathouses. I was kind of annoyed because normally John lets me walk on command there but Aunt Olivia gets nervous and so they leashed me. She treats me like I’m some kind of animal. 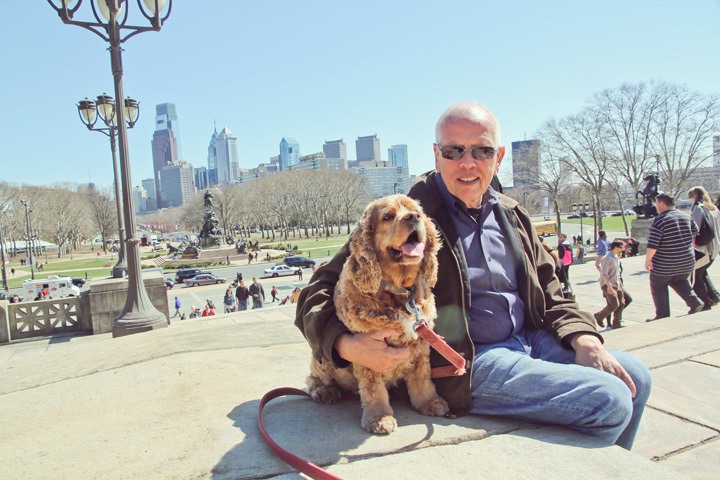 That night, I was entrusted with guarding the house while everyone went out in downtown Philadelphia. My mom and Aunt Zoe met up with a friend who they hiked the Inca Trail with, and he treated them to drinks at XIX at The Bellevue Hotel, where he works. Mom said she was so annoyed she forgot to take photos because the bar was so stunning but to me it was obvious — she was driven to distraction by how much she missed me!

Then I guess they went dancing or whatever. I don’t care as long as they don’t wake me up when they get home. 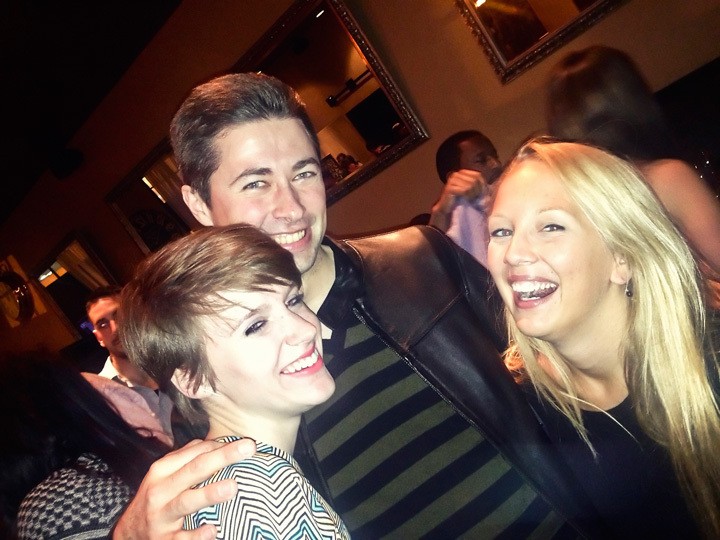 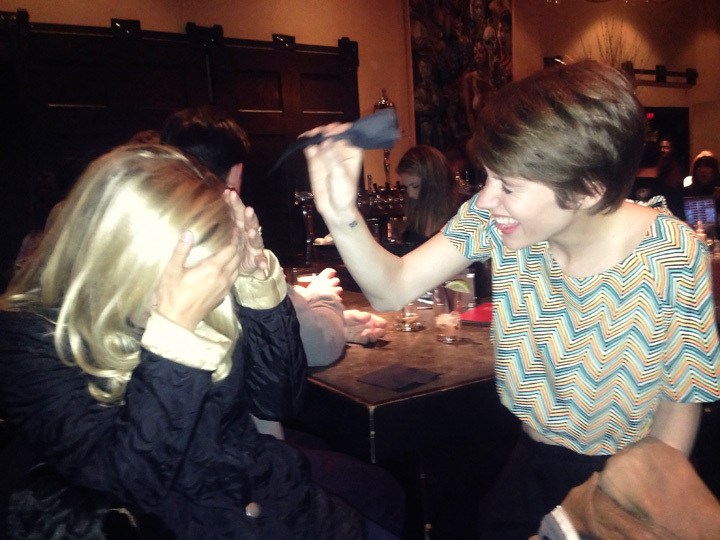 The next morning they left me again to go to The Continental for brunch. They said it was awesome. I say I was not invited. Say it with me now? RUDE. Then we all said a sad goodbye as Aunt Livi went back to New Orleans, Auntie Zoe went back to NYC, and me and mom went back to Albany. I sighed and looked forlornly out the back the whole time as I watched John get smaller and smaller in the window. 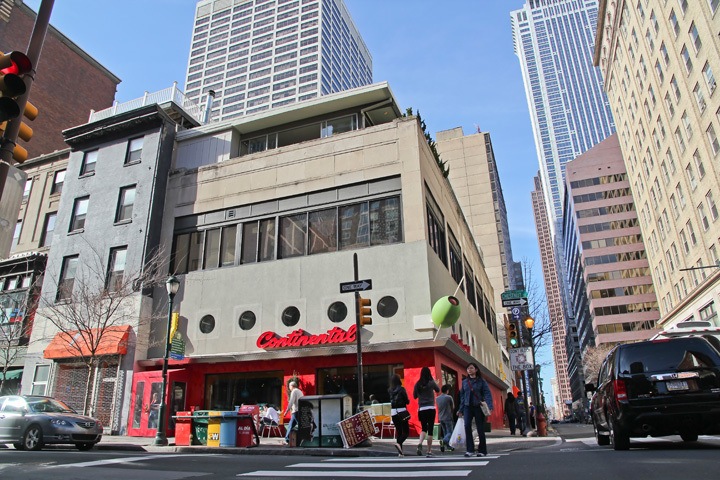 Well guys, I don’t know about this whole blogging thing. It seems like a lot of work when I could be harassing innocent sandwich-makers for scraps, tormenting chipmunks somewhere, or wagging my nub. 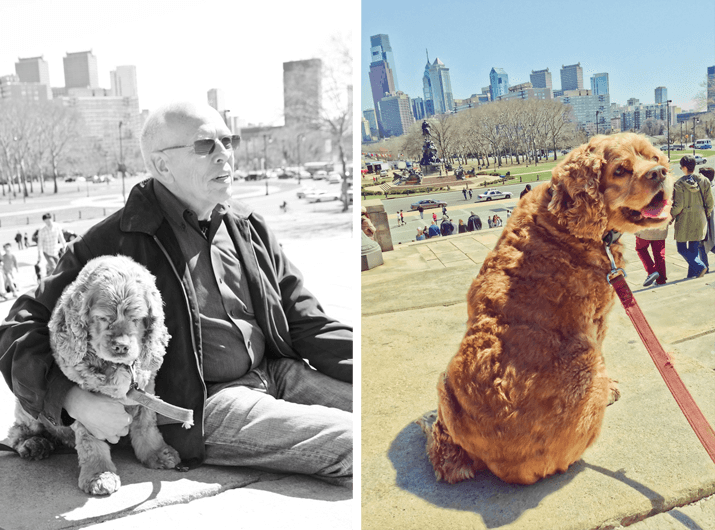 We Solemnly Swear We Are Up To No Good: A Harry Potter Bachelorette Party at Universal Orlando

A Road Trip To Rochester

Why This Traveler Fell in Love With Solid Shampoo (Plus a Giveaway for You!) Photo of the Week 156
42 Comments...