Long before I ever booked a flight to Nicaragua, there was one activity I knew I’d be signing up for: volcano boarding. Like partying at Sunday Funday in San Juan del Sur, volcano boarding in León is just one of those things backpackers go, do, and get the t-shirt for — literally. 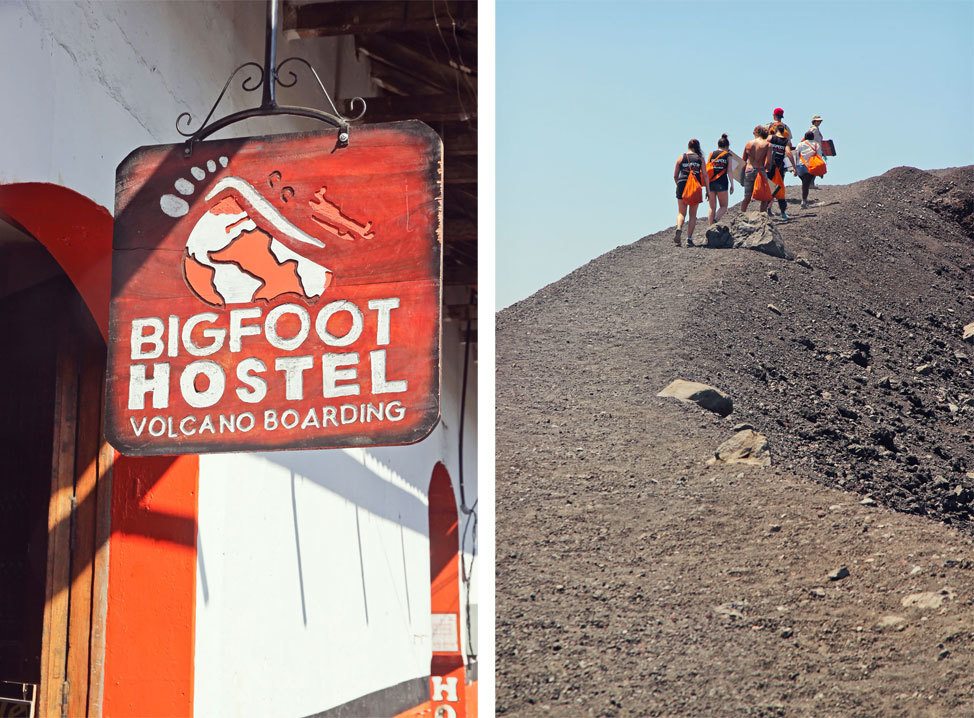 Though you could book the excursion anywhere around town, I went with the original — Bigfoot Hostel. The hostel’s original Australian owner came to León in 2004 and immediately became obsessed with descending Cerro Negro, a nearby volcano. After experimenting with picnic tables, mattresses and spare doors, he landed on a sort of makeshift toboggan made of metal and reinforced plywood. Today, backpackers use those same inventions to hit speeds of up to 95km/hr downhill. 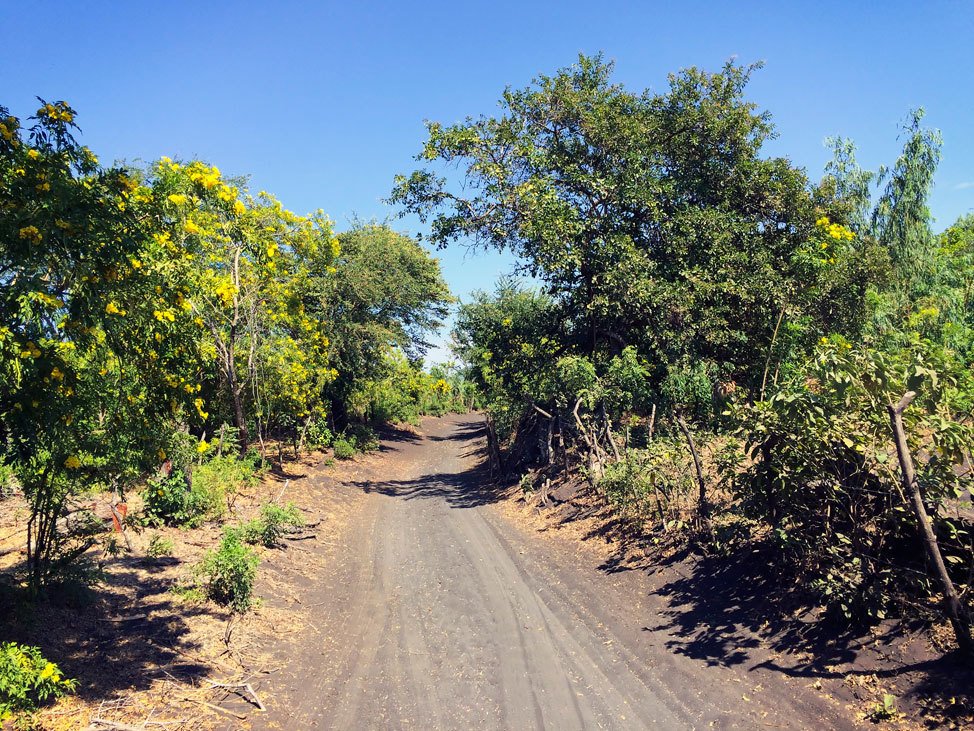 Arriving at the base of the volcano, it suddenly dawned on me that we would have to ascend it. Though I was up for a little exercise, when the option was offered to pay a bit more to have our boards carried to the top, I quickly handed over a wad of cordobas.

I was up for a little exercise, I said. 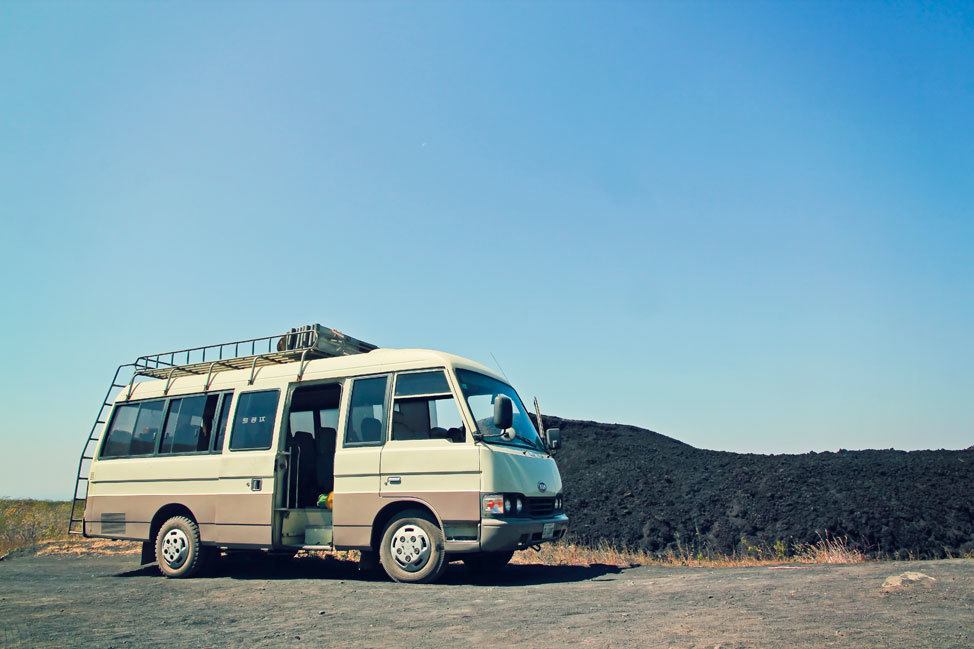 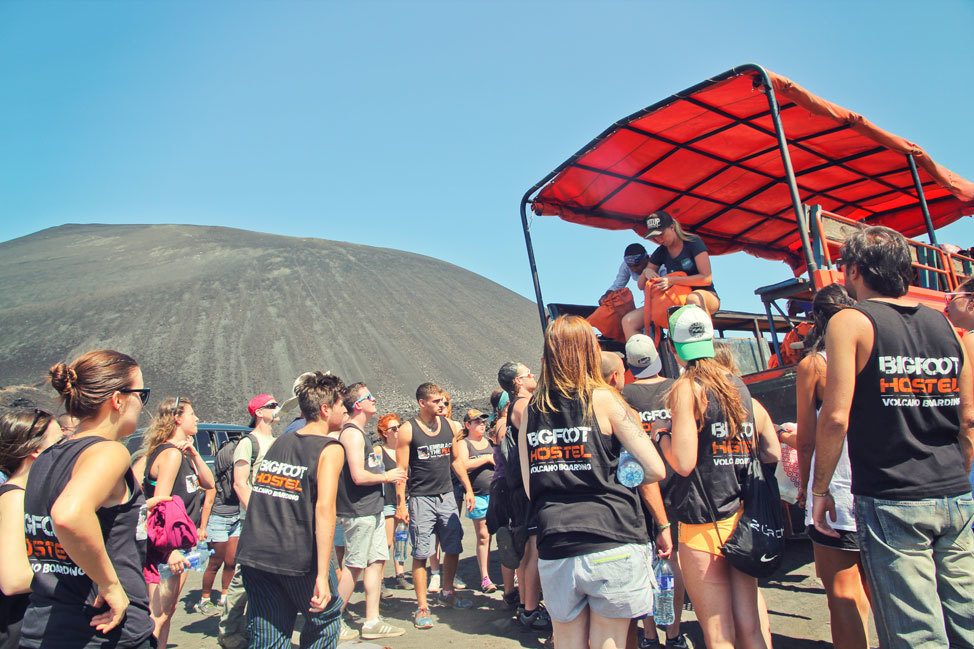 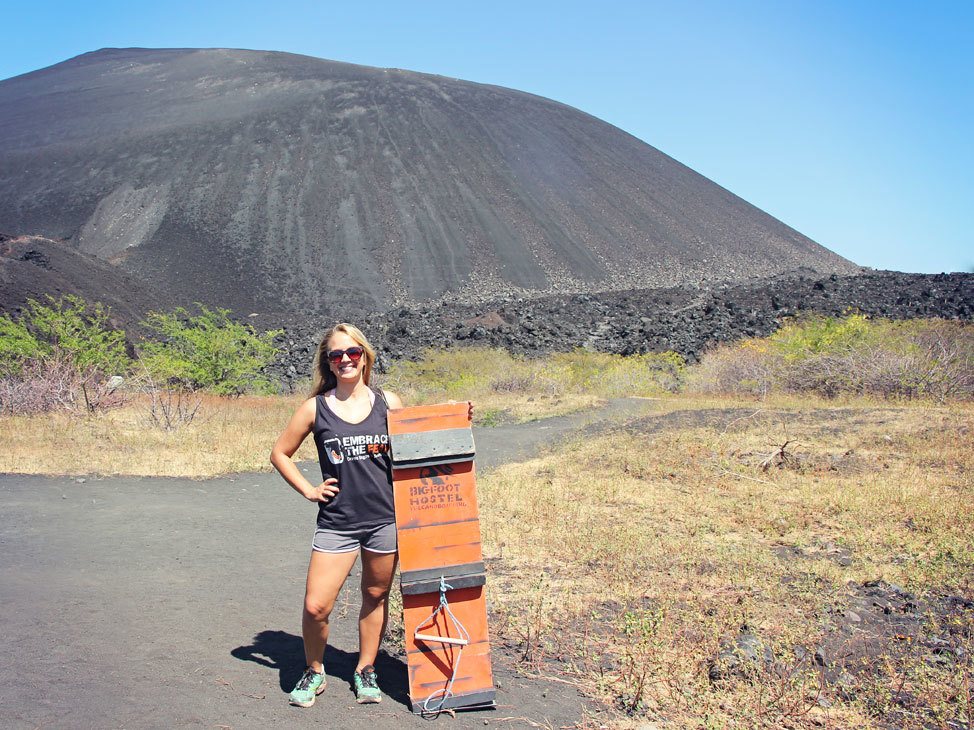 It was an incredibly hot day and the black volcanic rock we were crunching on radiated heat back up at us. Yet the hike itself was under an hour and our sweet Australian guide made sure we had frequent breaks to catch our breath and fuel up on water. 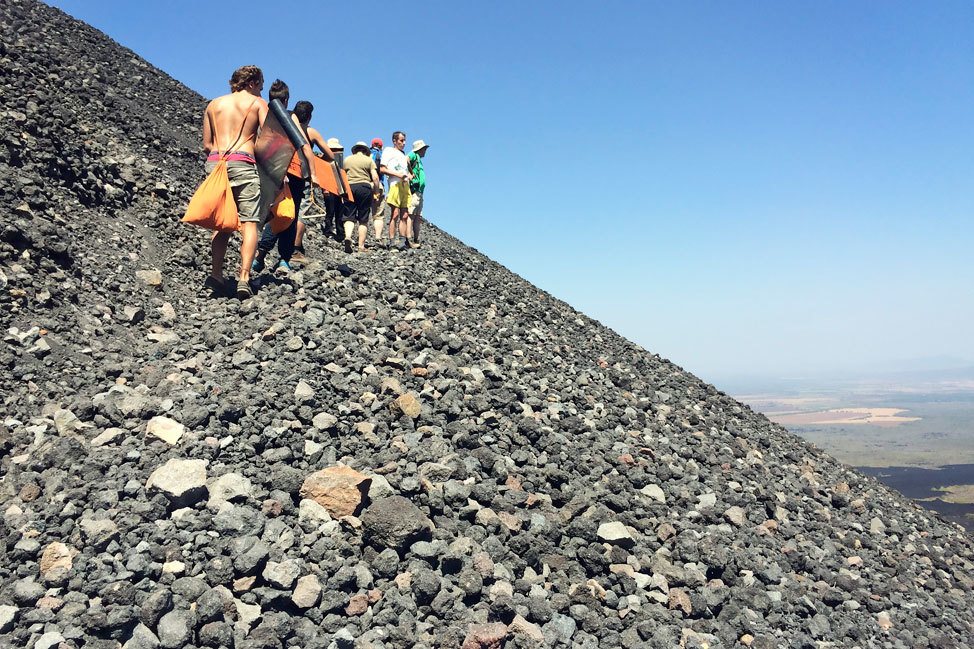 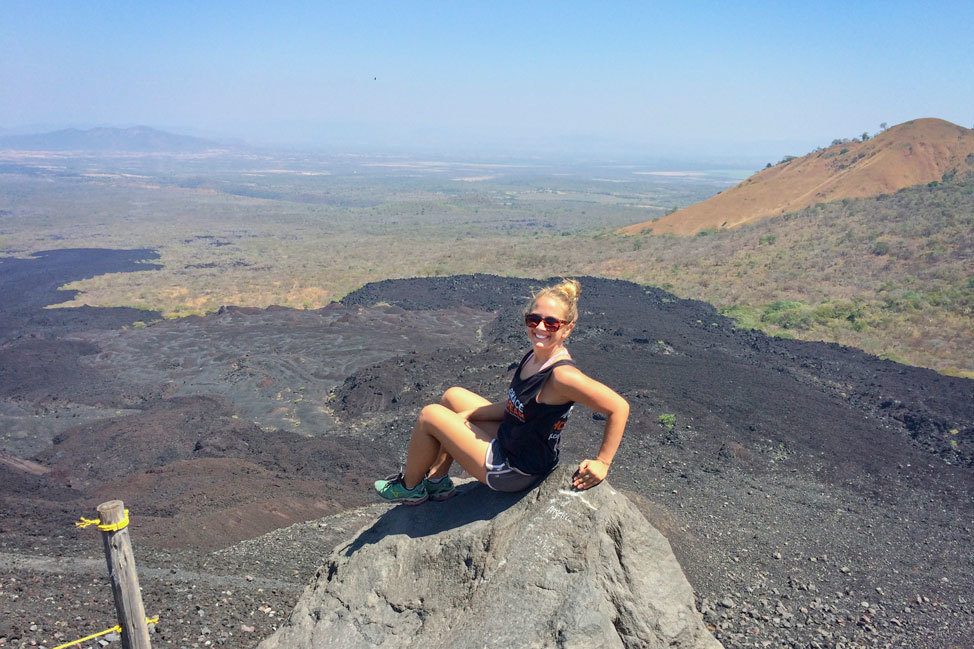 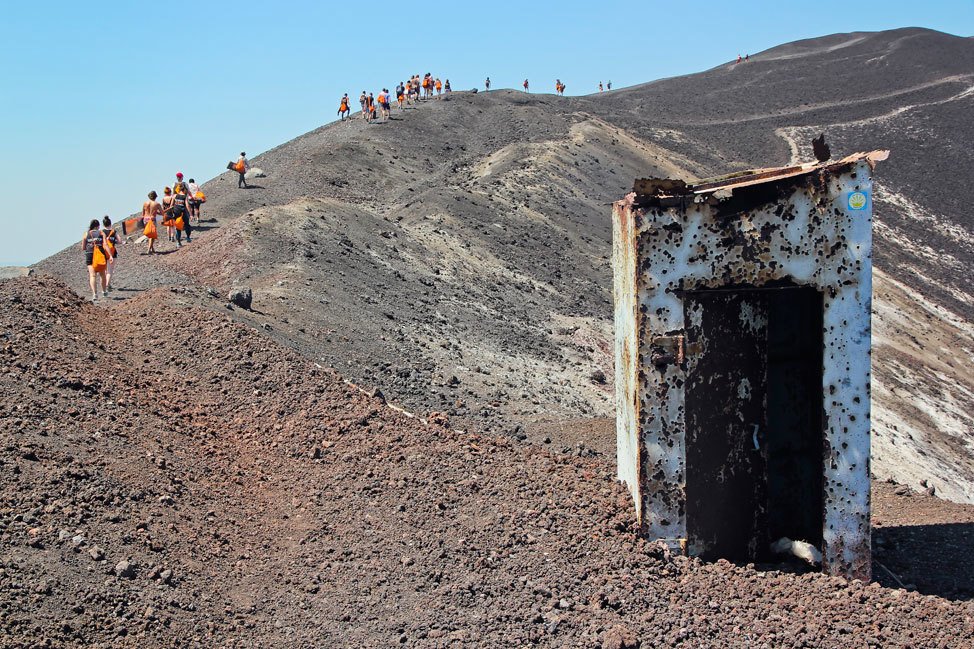 When we reached the top, there was already another group gearing up, and we watched transfixed as they slid down a slope so steep they disappeared within seconds. 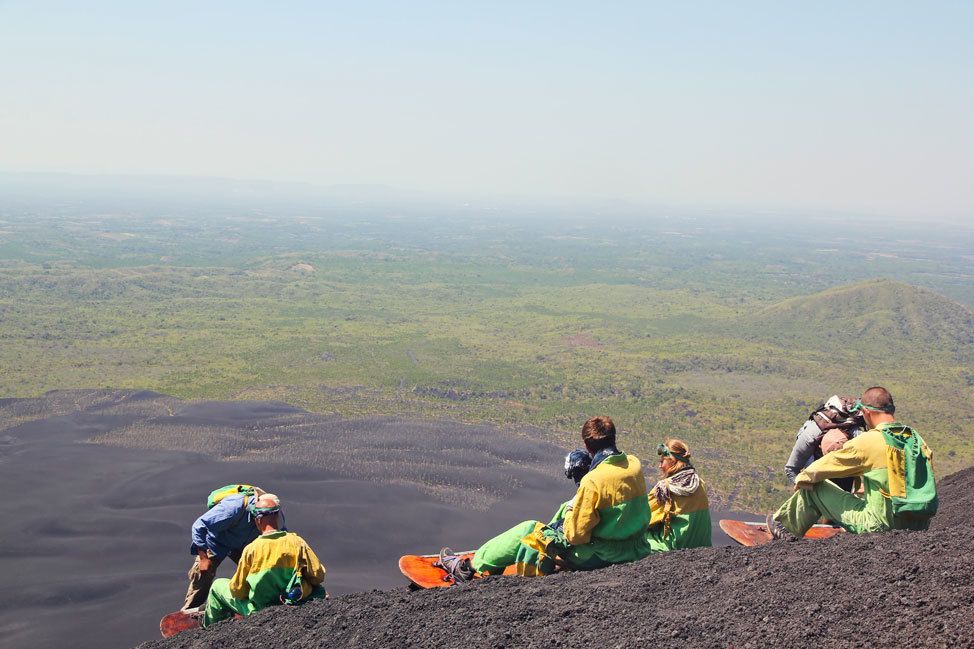 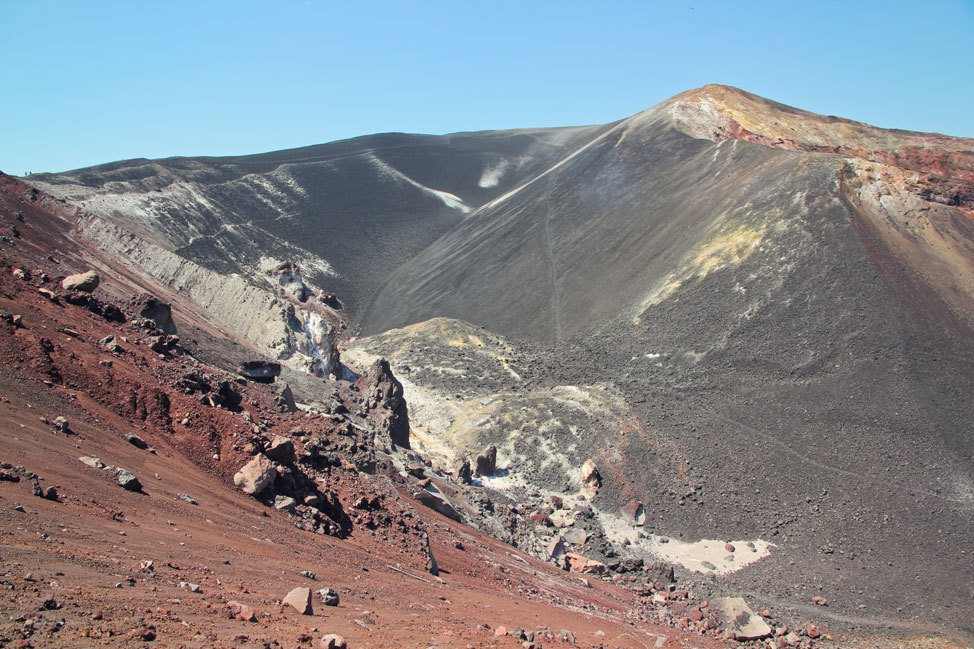 And then it was our turn to don our bright orange jumpsuits, and for me to test the patience of my group-mates by making as many Orange Is the New Black references as humanely possible within a thirty minute period. 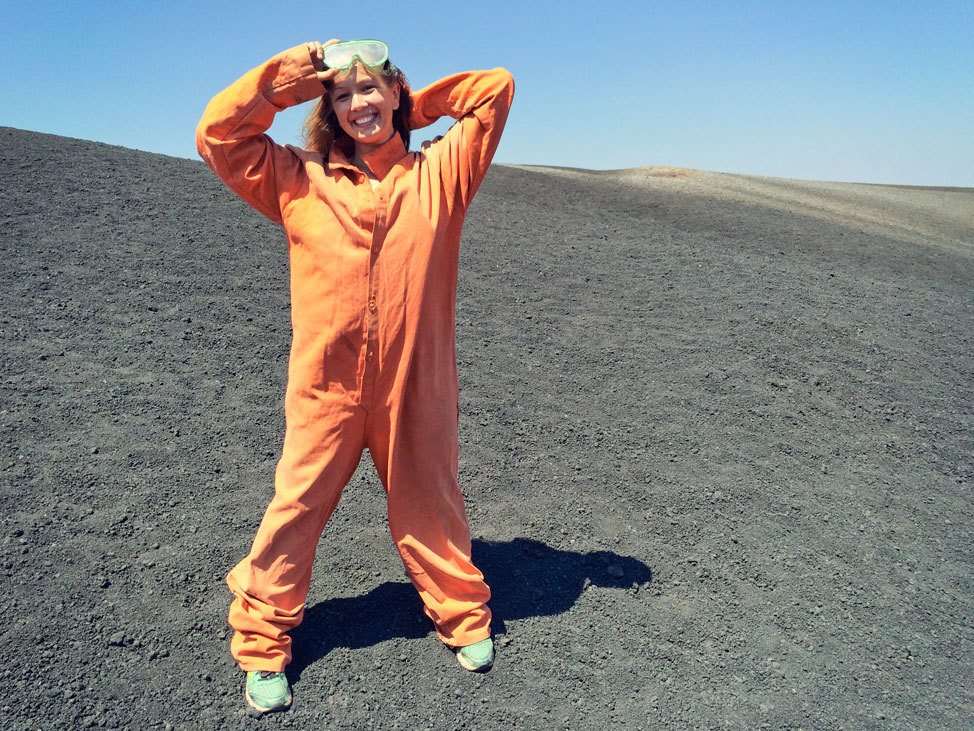 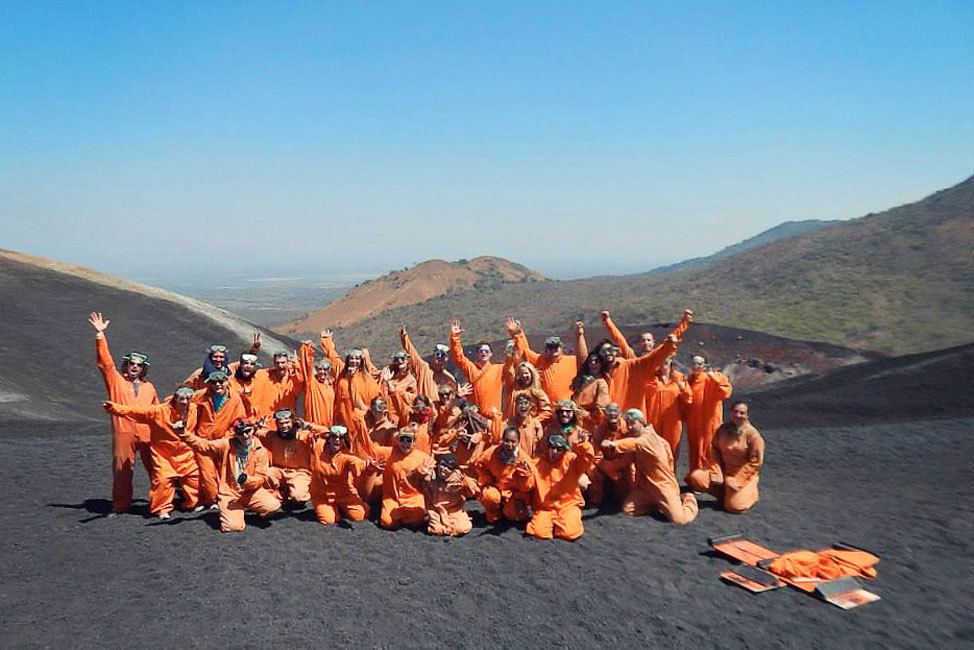 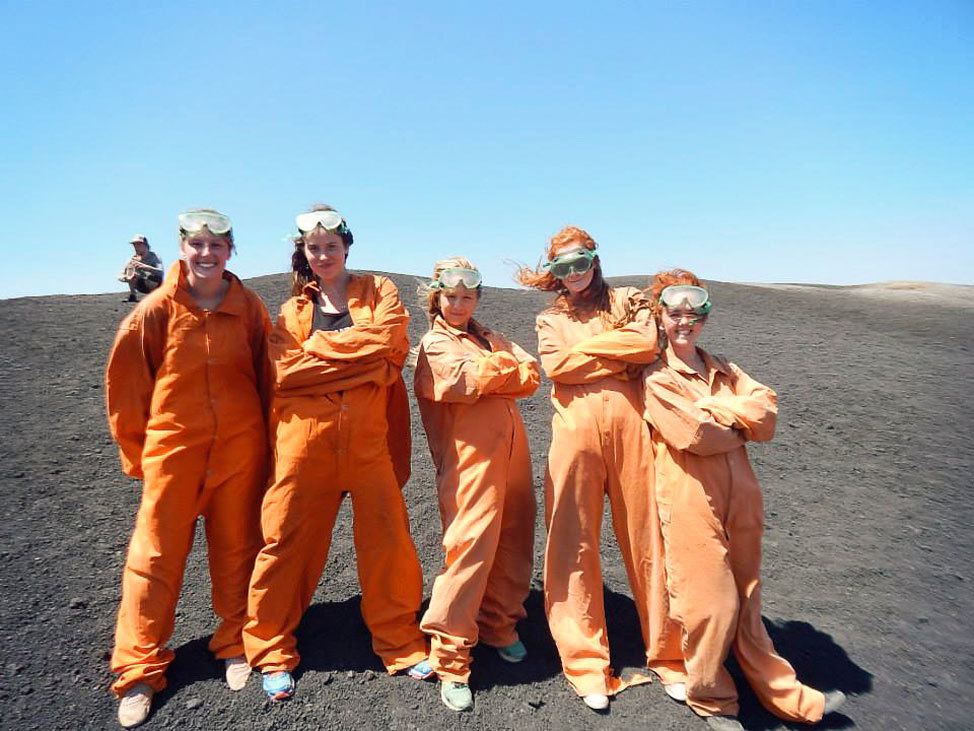 And then it was time to hop on board. Despite my enthusiasm for the tour overall, I was actually kind of anxious of the, um, volcano boarding bit. Ever since a psychologically-scarring motorbike crash in Thailand, I’ve always been a little anxious of reaching out-of-control downhill speeds. I always knew I’d take it slow, and I was okay with that. 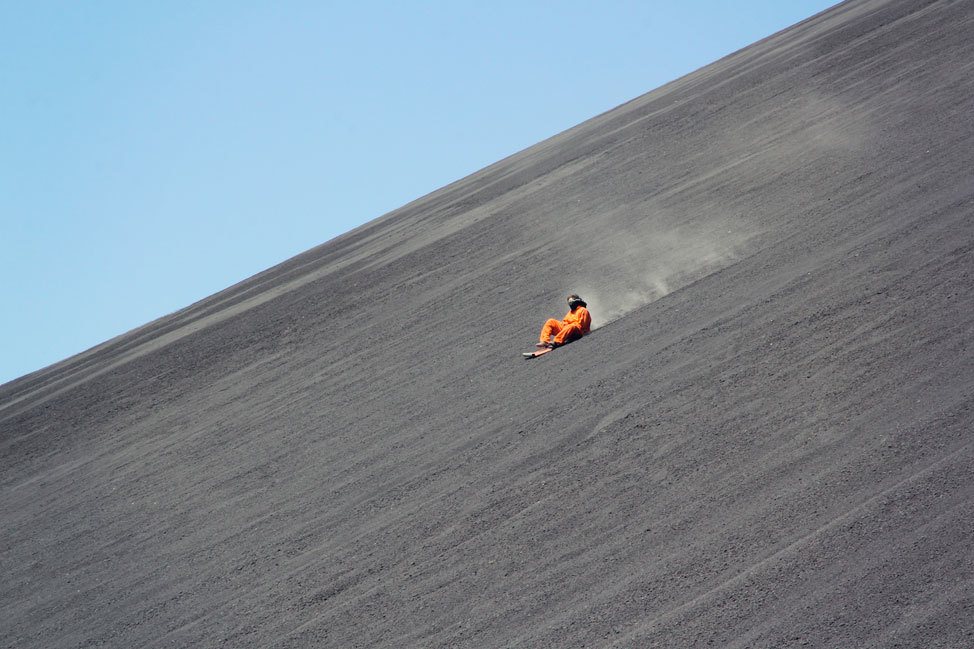 I did, however, have another problem. I’d decided on taking my dSLR up the volcano, and that meant it had to come down. Wearing my day pack in front was the only option, and it both obstructed my view and made me look absolutely ridiculous in pictures.

Ah, the things I’ll do for photography! In the end I’m happy I had it as I love some of the photos I took, though if you really want to excel at the boarding I’d leave all but the essentials behind. 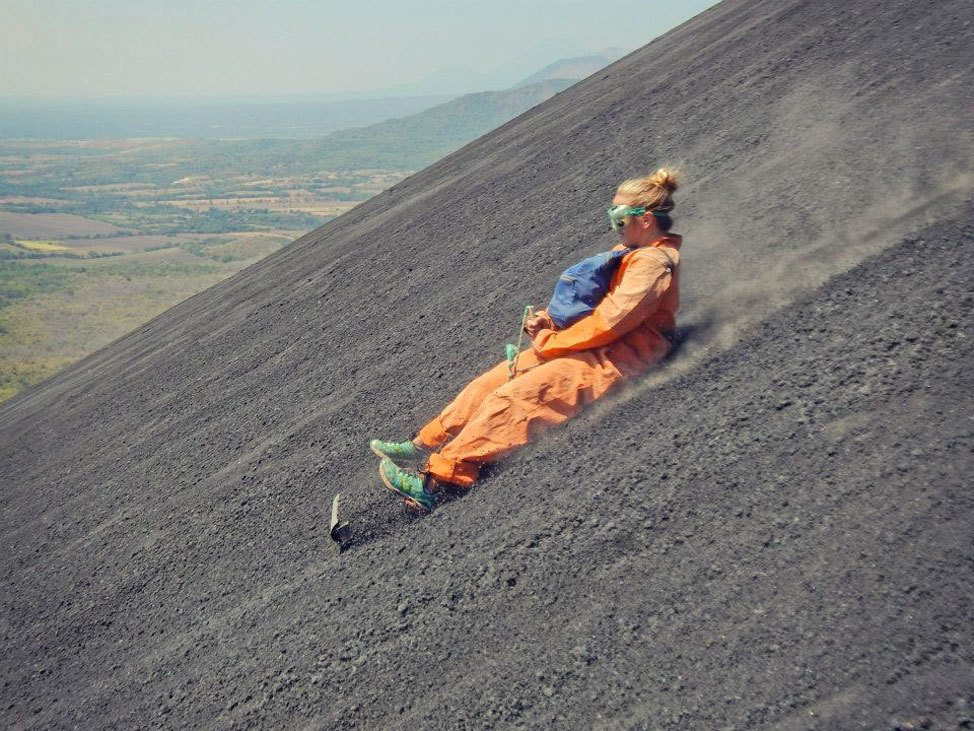 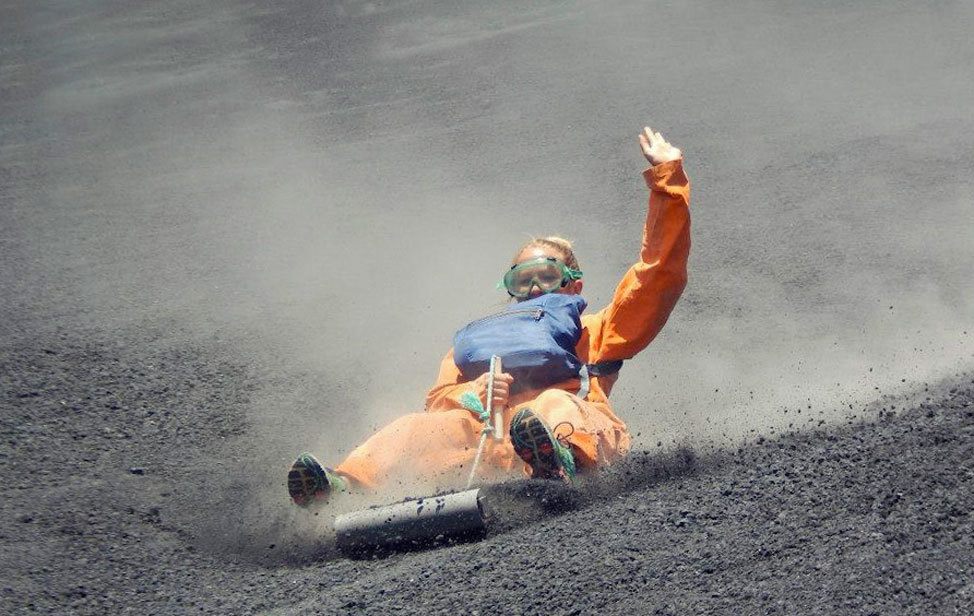 At $31 for the tour plus $5 for park entrance plus $5 to have your board carried to the top (optional… technically), it’s not the cheapest day out in Nicaragua. But with cold beer and warm cookies on the way back, a round of mojitos awaiting at the Bigfoot Bar upon return, and prizes for the fastest girl and guy, there are plenty of perks to the day. The guide also takes great photos which are later posted to Facebook, though to nitpick I wish they were also uploaded somewhere like Flickr so we could have full-sized versions as well (Facebook compresses images significantly, hence the pixelation in the Bigfoot photos in this post.)

I couldn’t help but compare the experience to sandboarding in Huacachina, Peru, which of the two I found to be infinitely more entertaining. That said, I don’t regret spending my big day out in León this way in the slightest. Our very young, perma-cheery guide had me constantly smiling (seriously, when I left I told her she better get herself a hospitality degree or she was missing her calling!), I had a uniquely Nicaraguan experience, and the volcano was gorgeous.

And did I mention the warm cookies and the cold mojitos afterward? 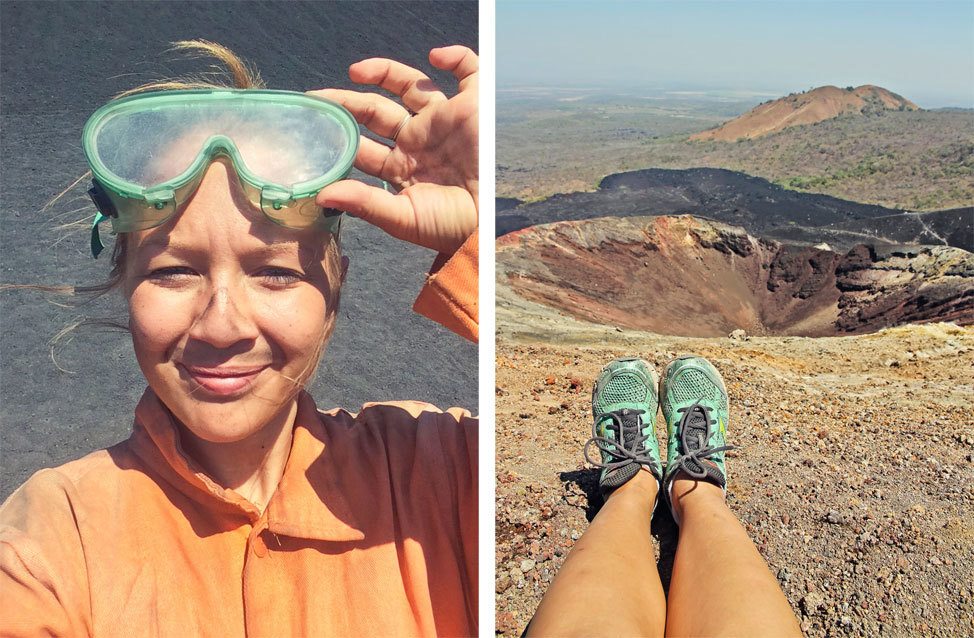 After carefully ridding my body of every grain of volcanic black sand — believe me, no easy task — my month in Nicaragua was up. Though I was gutted to leave, I knew I’d be back. And I couldn’t look over my shoulder for too long — new adventures in El Salvador awaited.

Would you go volcano boarding?

A Top Down Tour of Joshua Tree National Park