There is a well trodden route through Cambodia for most travelers. The vast majority make a bee-line across the country, hitting only Phnom Penh, the capital, and Siem Reap, base for visiting the Angkor temples, along the way. Those with a bit more time on their hands might drop into Sihanoukville, the tourism capital of the coast. Those who are deliciously rich in time might choose to visit more overlooked destinations, such as Battambang. 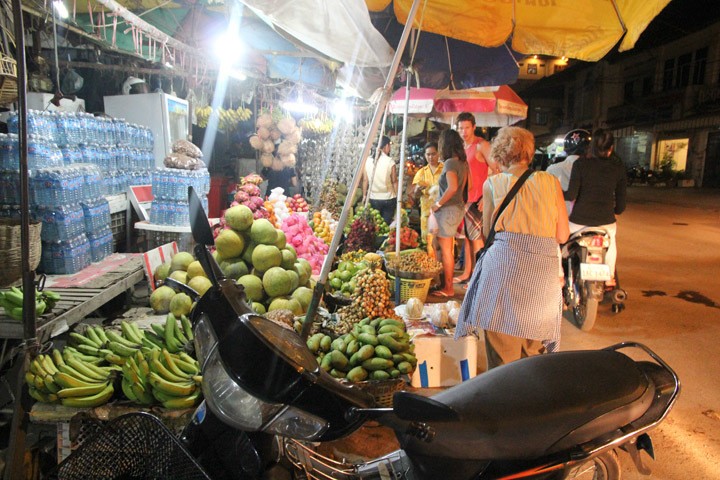 Though Battambang may appear as a sleepy town to visitors, it is actually Cambodia’s second largest city with over 250,000 residents. The travelers that do make the 5 hour journey from Siem Reap to visit come for the well preserved french architecture, the laid back vibe, and the city’s claim to fame, riding the so-called bamboo train. We too, were drawn by this so called norry train, and decided to make a two night stop in Battambang between Siem Reap and Phnom Penh. 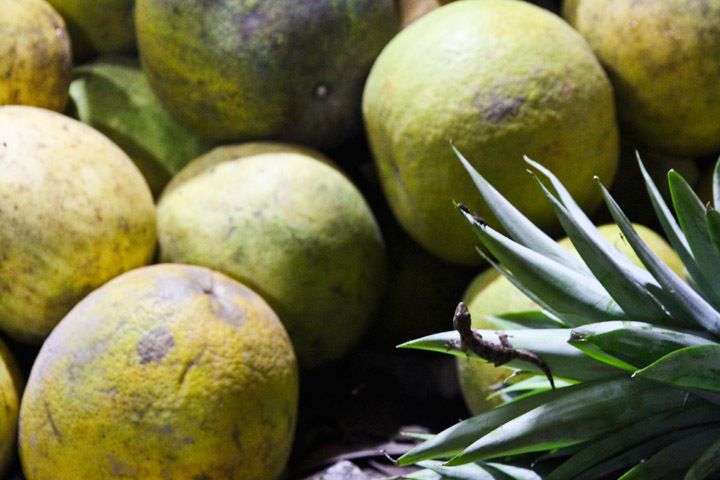 Our first stop after dropping our bags at a cheap and clean $7 a night hotel was to make our way to Battambang’s second most famous attraction, the circus at Phare Ponle Selpak. PPS is an organization dedicated to using art to help children with both their physical and emotional needs. One of their main fundraisers is a circus put on by program leaders and students. The $8 admission fee for the circus goes straight to supporting the center’s many schools, programs and services. Having only heard about the circus via word-of-mouth, we had no idea what to expect. 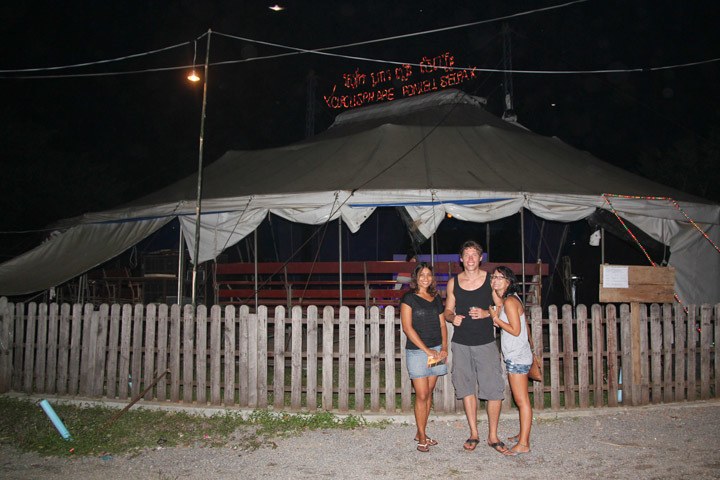 We arrived after dark to what looked like a rural summer camp, with the exception of a big top tent in the middle of a field. We peeked at some of the center’s other exhibitions showing off student art, but quickly shuffled into the tent to get a seat. Good thing, too, because soon the bleachers were filled with excited local kids and families, and a few other foreign tourists. 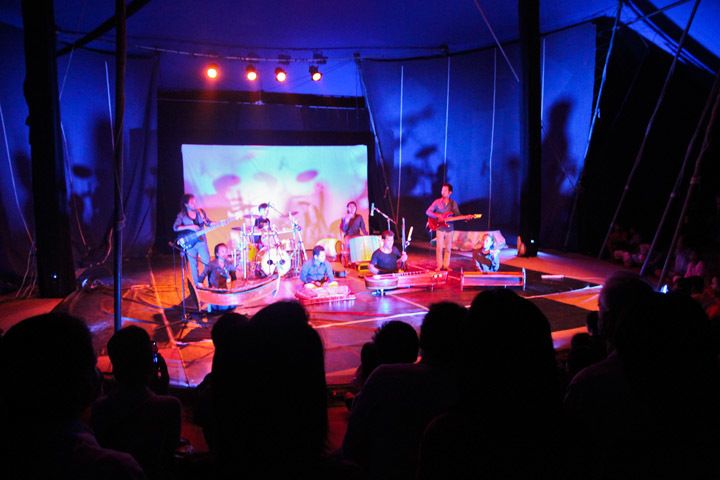 The show started off with a concert featuring the usual suspects: guitar, drums, etc. but also a row of local instruments I had never seen nor heard before. After the concert the real show began, featuring juggling, drama, and acrobatics. The best part was hearing the local kids go wild in the audience. 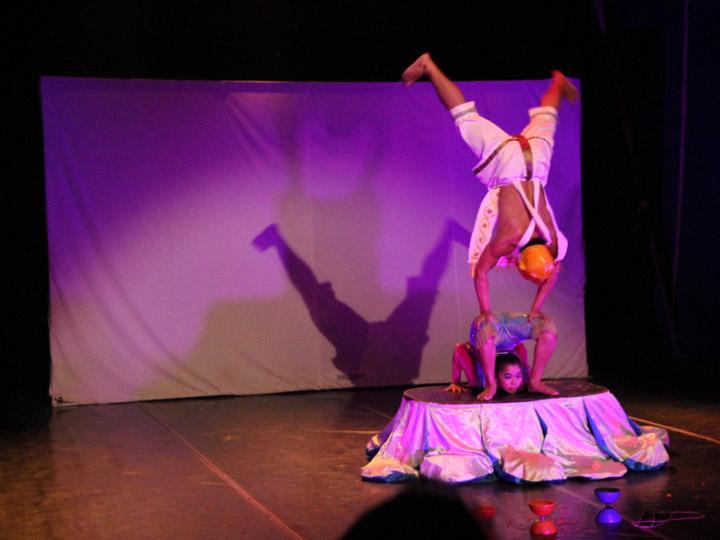 Here’s a short video clip of the show:

Show are held only twice a week, so be sure to check out https://www.phareps.org/ when planning a trip to Battambang. When else are you going to be able to help disadvantaged children by attending a Cambodian circus?

The next day, we hired a local guide and tuk tuk driver, Mr. Han Houn, to bring us around Battambang. Our first stop was the famous bamboo train. For years, in-the-know travelers have been urging other to “go while you still can” as local authorities threaten to stop foreigners from riding the tracks. 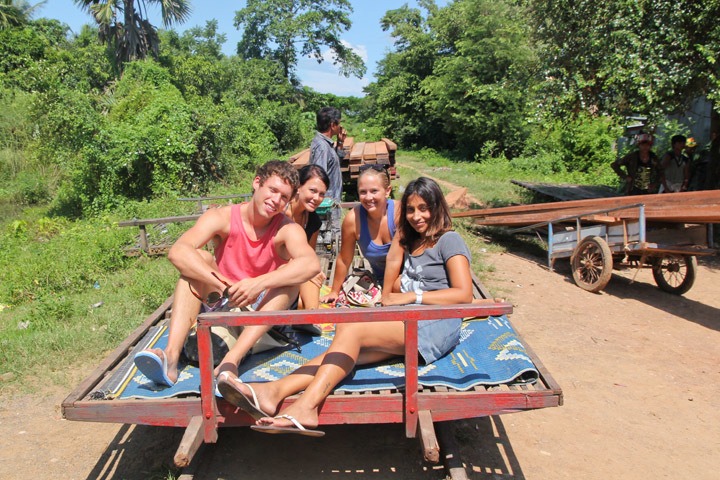 However, when we arrived it seemed the police were running the show as they handled all the money from our $5 entry to the tracks and even happily snapped a photo for us. 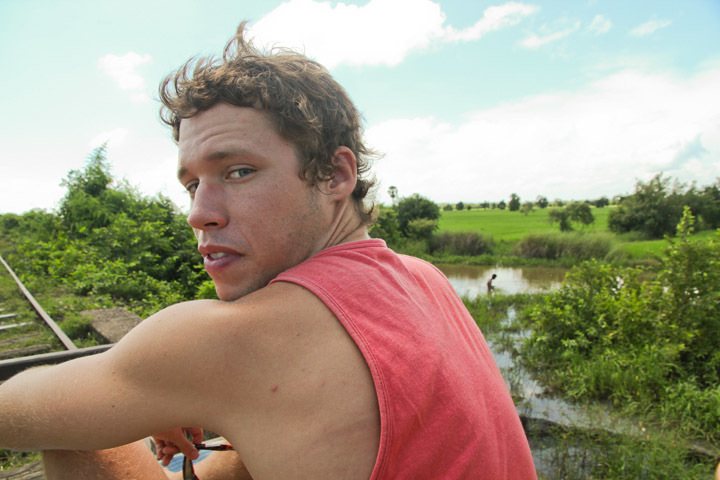 The bamboo train is ultra light and constructed from bamboo, steel, and a tiny generator that provided power, directed by our driver. It barrels down the tracks at a whopping 25 mph. 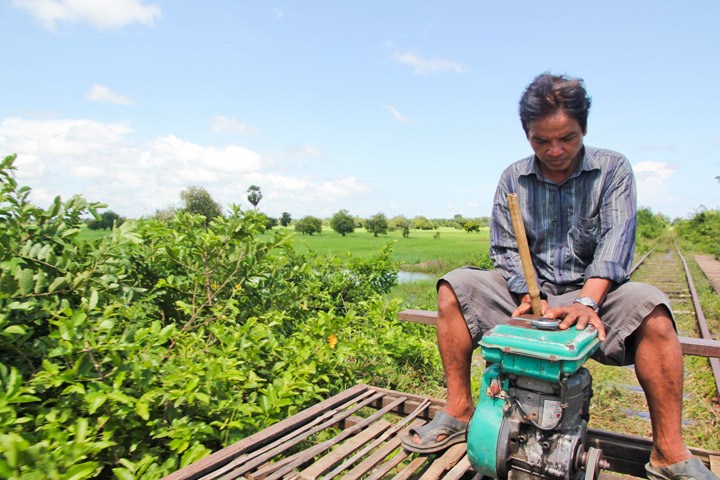 Years ago, there was a train network built by the French that stretched across the entire country, from the Thai border to Vietnam. Then, the Khmer Rouge happened. Trains were ambushed and tracks were heavily mined and still today, the government can’t guarantee that certain parts of the track are even cleared of UXO. What is left are the norries. Though now mainly a tourist attraction, the tracks are also used by locals for long distance journeys and cargo transit. 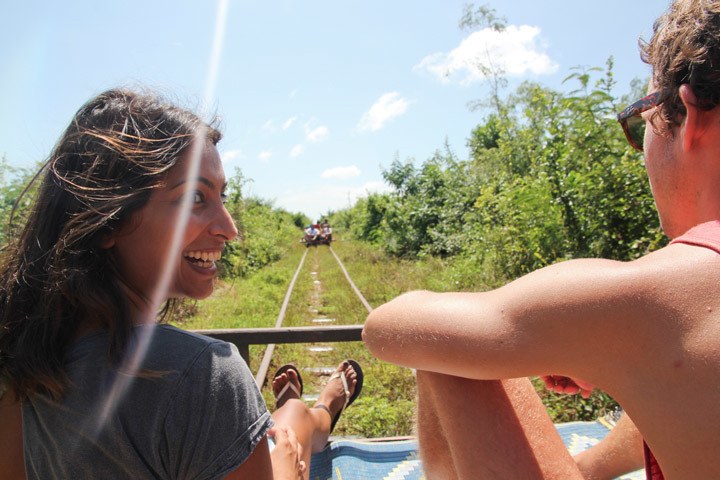 The train rattles and rocks on the tracks as it steams past. The most white-knuckled bit, however, is when another train approaches. The rules of the track state that whichever train has the lightest load must hop off the train and disassemble. The drivers are ninjas at this process and can go from moving full speed to disassembled at the side of the tracks in 5 minutes flat. 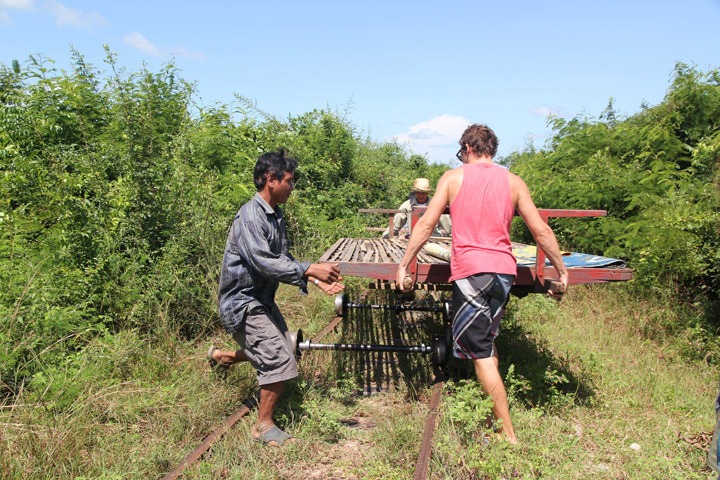 This is the perfect opportunity to have a countryside photo shoot with your girlfriends. Perhaps I should submit to Vogue? 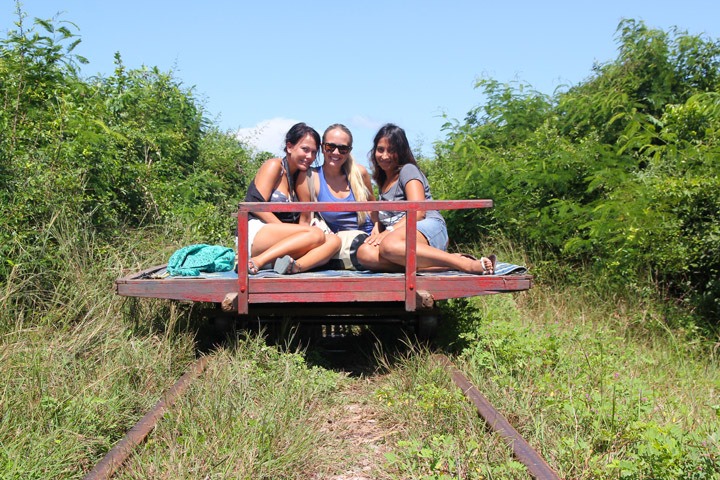 Other cars weren’t the only things on the track. Local people walked along the tracks, and livestock was often found grazing there as well. 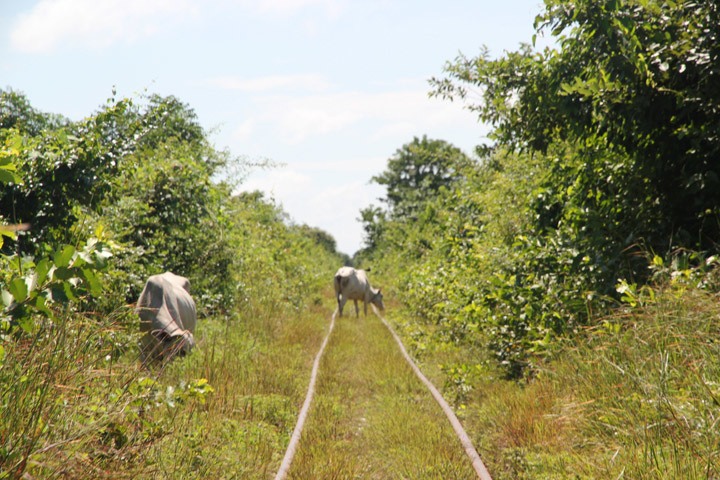 At the end of the line, we stopped at a small village. We were expected to buy a soda or a snack, but it was well worth it for the company of the sweet kids and families we sat and shared a drink with. 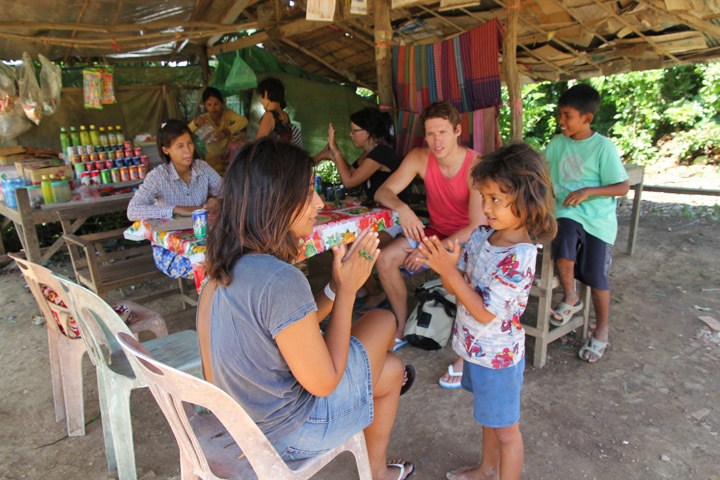 The kids made us jewelry gifts out of grass blades and played games with us. It was so refreshing to hang out with children not trying to sell us something or ask us for money. 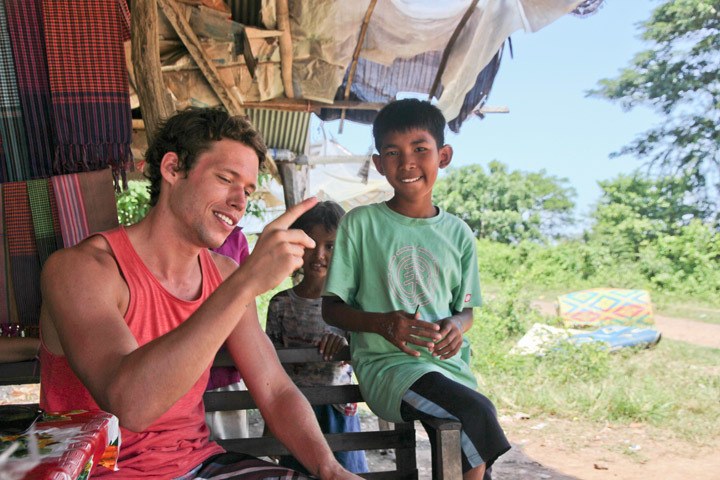 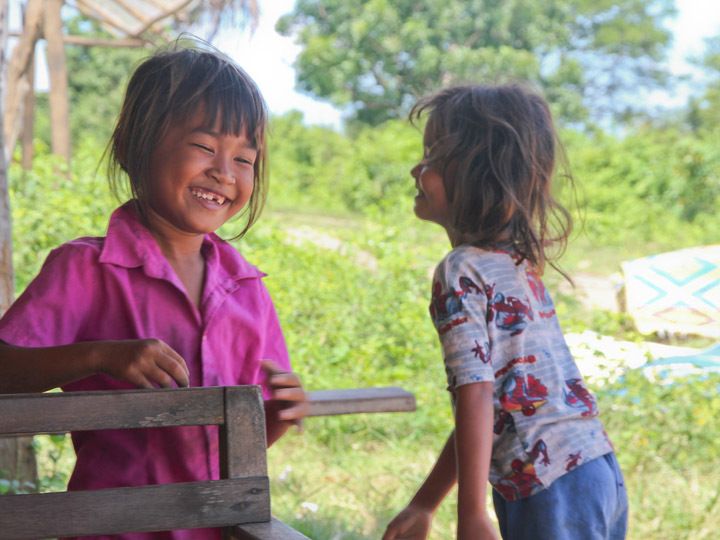 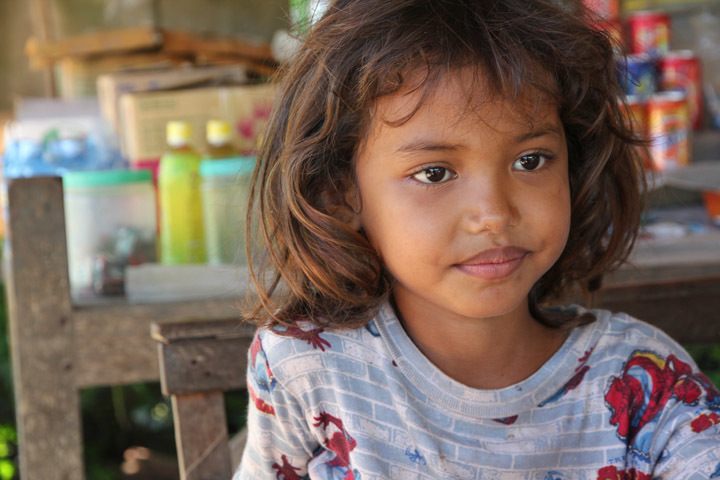 As we left they asked us to sign a cardboard guest book and it was so sweet to read the messages from other travelers. Our message may or may not have made reference to the Venga Bus, which somehow became the unofficial anthem of our trip to Cambodia. 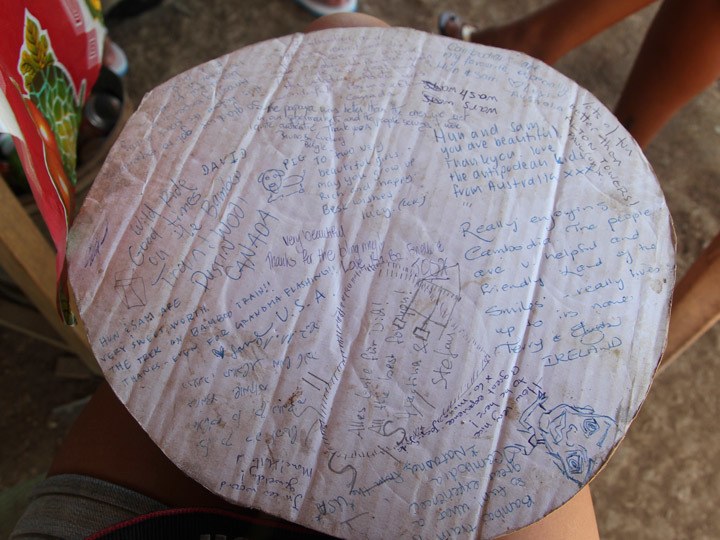 We rode back in silence, contemplating the beauty of the countryside and the unique experience we were having. Already I was glad that we had made the detour to Battambang, and our day wasn’t even half over. 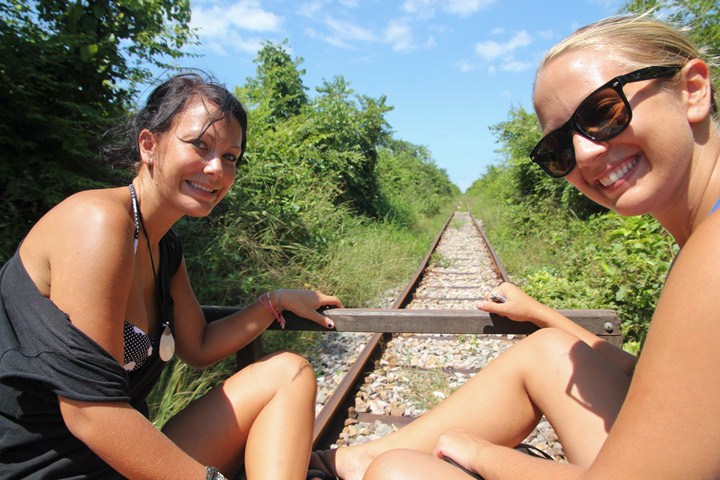 Stay tuned for Part II of our weekend in Battambang…

Where to Stay in Siem Reap Happy Thankgiving
16 Comments...