The Children of Cambodia

It’s nearly 1am and I am with my group of friends on Pub Street trying to carry on a conversation in spite of the ever-increasing volume of music from the competing bars. The place is buzzing as travelers drink and socialize, tuk tuk drivers buzz anxiously outside the entry of every establishment like moths to a flame, and half a dozen street kids turned salespeople run around with plastic bins filled by cheap bracelets around their necks. The kids seem to be having a good time, so it’s almost easy to forget that children shouldn’t be working the streets at one in the morning, that they are totally vulnerable to abuse, that they won’t be going to school the next morning, and that they likely have a bleak future ahead.

A few backpackers have turned down the kid’s sales pitches of flowers and bracelets and begun to dance with them instead. I smile in spite of myself, as children are the same the world over, so happy to dance and play. One pretty girl in particular catches my eye. She’s around eight and already an exhibitionist. The song coming from our bar changes to Waka Waka by Shakira. The girl immediately jumps into the famous dance from the music video, laughing and singing but all the while performing for the tourists. Two backpackers hand her dollar bills.

Suddenly my mind drifts to K, a girl I had babysat for back in my former life in New York. She had been adopted from Southeast Asia at age three. Now eight, this same Shakira song was her favorite and not a babysitting gig went by where we didn’t watch the music video and dance around her bedroom to it, just as these little girls, who looked like they could be her sisters, were doing now. The difference was it was 7pm, right before bedtime, and we were safe in her families beautiful brownstone, and soon her extremely educated and financially comfortable parents would be home, and the next morning she would go to her upscale private international school and receive a world-class education. Born in poverty, she was one of the smartest kids I’ve ever met: a voracious reader, a gifted piano player, a hard-working little tennis star in the making, and still always a silly kid.

It’s funny how life turns out. Two girls, born in neighboring countries at similar times under what I assume are similar circumstances, living in opposite worlds. Both dancing away to the same pop song.

A lot has changed since my first visit to Siem Reap two years ago. There are dozens of children rather than seemingly hundreds spending the day at Angkor Wat selling water and the omnipresent cheap bracelets. I was only followed by children asking for money and food once a night rather than on every street. Perhaps it was only circumstantial, but I choose to believe that the hard work being done by NGO’s and the government is making a difference in the lives of kids in Cambodia. But there is still work to be done. 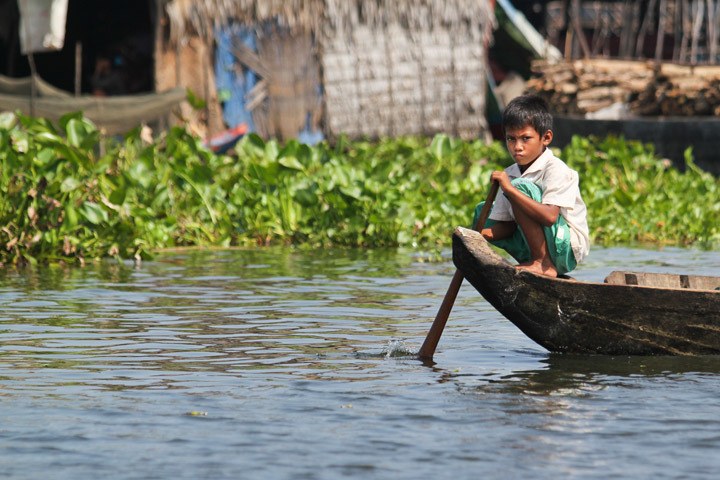 Guesthouses still feel the need to post “No Child Sex Tourist” signs outside their doors, and the papers still hold stories of arrested foreigners traveling to the country solely to exploit its children. There are still an estimated 24,000 children living and working on the streets here in Cambodia. 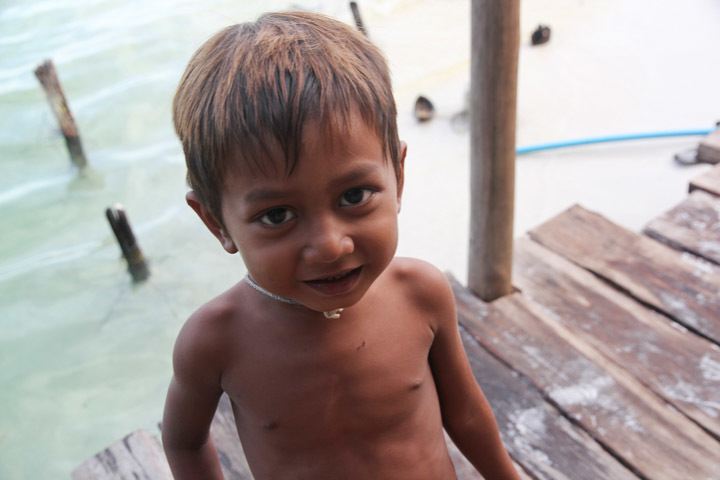 There are endless organizations to donate your money and perhaps your time to if you feel moved by these words. But first, live by the credo “Do No Harm.” Here’s how to avoid worsening the plight of the children of Cambodia during your visit. 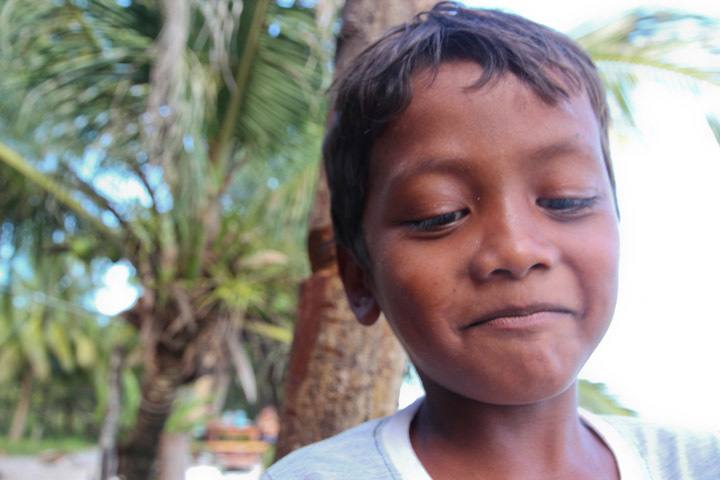 1.    Do not buy from the children or give them money

As long as there are tourists giving money to children or buying their useless goods, there will be reason for their parents to keep them out of school and on the street. You’re going to use it a lot, so practice a kind but firm “no” before you arrive: the word for ‘no‘ is pronounced ‘otDay.

Despite the fact that not to buy from the children or give them money is the number one thing you read in every piece of literature about the plight of children in Cambodia (and there are many), I still saw tourists handing over dollars and looking quite pleased with themselves. I can empathize with their instinct to do this, but it made my blood boil to see it because it told me that these mostly young backpackers were either making literally zero effort to learn anything about the country they were in or read one of the many warnings like this one and ignored them. 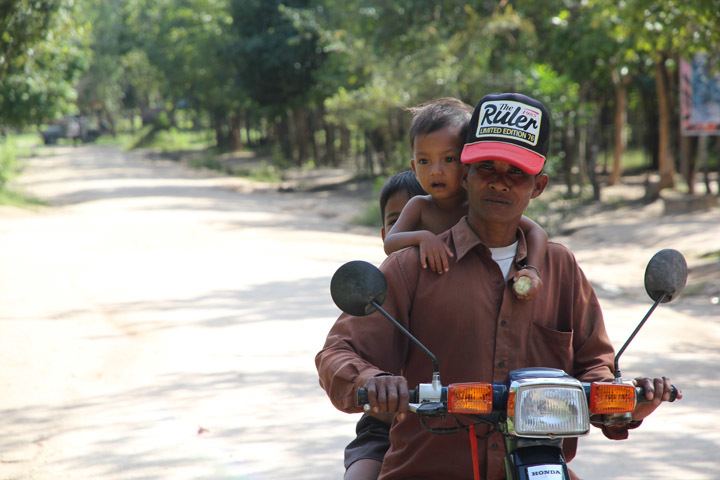 2.    Do not give the children candy or other gifts

If we can’t give them money we’ll give them sweets or food, the train of thought goes. This is a particularly tough rule to follow as nothing tugs on the heart strings more than a child pulling on your arm and begging for something to eat. But candy will rot the teeth of children who might not even have a toothbrush and worse will encourage a life of begging. If you truly can’t resist the urge to hand something out in person, make it something useful such as toothbrushes or pencils for school. Even better, give it to a school or organization to avoid the jealousy bred by individual gifts. 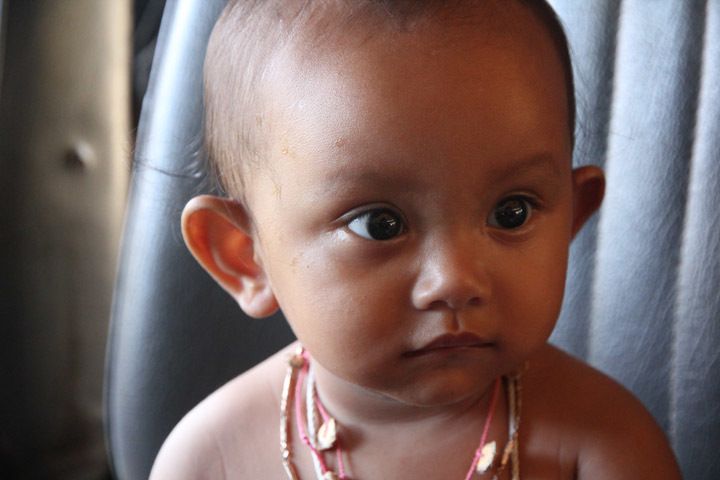 3.    Do donate to local charities instead

Practicing that endless “NO” will be much easier if you have already donated the money you would have handed over to one of the local organizations that is much more equipped to help than you are with a one dollar note. 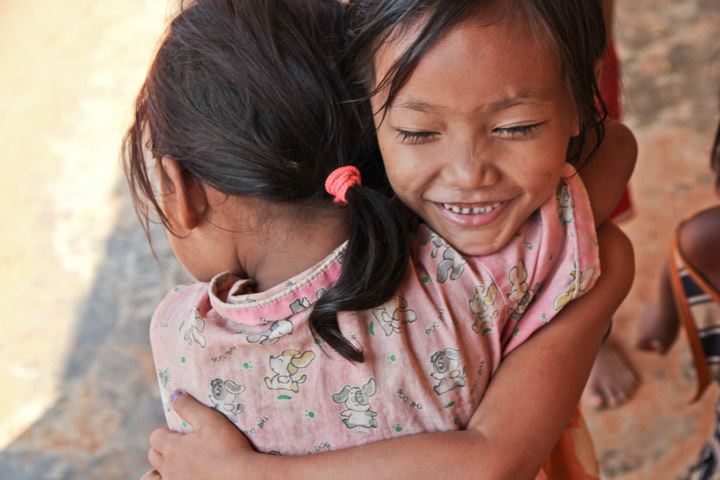 4.    Do not volunteer at an orphanage (with exceptions)

Here’s the exceptions: Do you have 3 months or more and qualifications that will make you an asset? Then be prepared to do thorough research to find a worthwhile placement and settle in for the long haul.

If you have a week or a day or as in many cases, an hour, don’t do it. At worst, the orphanage may be an out and out scam literally “renting” children from poverty stricken families in order to profit off of your donations. At best, the orphanage is real and is allowing unscreened strangers to come flooding in on a daily basis in and out of the lives of kids who already have abandonment and attachment issues. At the time of my visit to Cambodia Childsafe was launching a massive, eye catching campaign discouraging “orphanage tourism” which you can read more about here.

Voluntourism in general has become more and more popular and potentially more and more harmful. This is a fascinating topic I feel really passionately about, and you can (and should) read more at Good Intentions Are Not Enough. 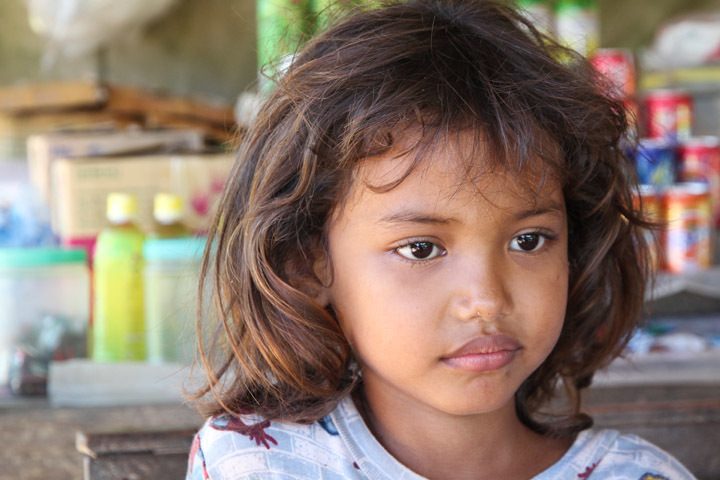 5.    Do be aware and willing to say something

One early morning Mark and I were walking from our guesthouse and heard the familiar but heartbreaking sound of a child’s gutwrenching scream from inside a guesthouse’s closed gate. We could see his little feet and that he was wetting himself.

I was still unsettled by it later in the day and realized it’s because this is a country where sadly you can’t assume a screaming child is simply having a tantrum or being disciplined by their parents.  Cambodia’s reputation as a destination for child sex tourism means children here are extremely vulnerable to abuse. Before your visit, program the ChildSafe’s hotline into your phone (023 997 919) and don’t hesitate to call if you suspect a child is being abused or exploited. 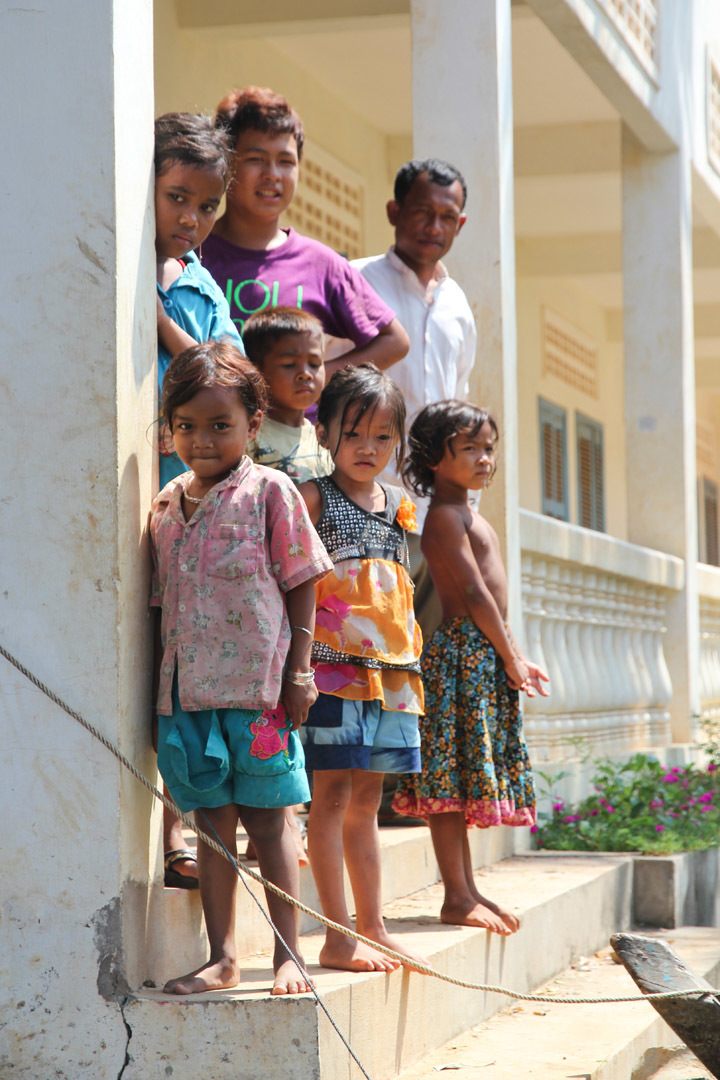 Its hard to walk away when a child is so cute and smiling and in need. Its hard not to loose your temper when you are asked for the millionth time in a day whether or not you would like a cold bottle of water. It’s hard not to break “the rules” when they go against everything your heart tells you. But the best thing we can do for these children is to take the advice of the experts around us, and if possible, support their causes with donations. Above all, remember to be kind, smile generously, play freely, and let your heart and mind be open to kids of Cambodia.

What To Wear on Travel Days: My Encircled Obsession