So far, I feel like my Ecuador posts have been falling a bit flat, and I think that’s because ya’ll have been feeling the residual hangover of the little depression I was in while I was there. But that just makes me even more excited to begin writing about Baños — because here, this tiny highland town in the Andes, this was the highlight of Ecuador for me. 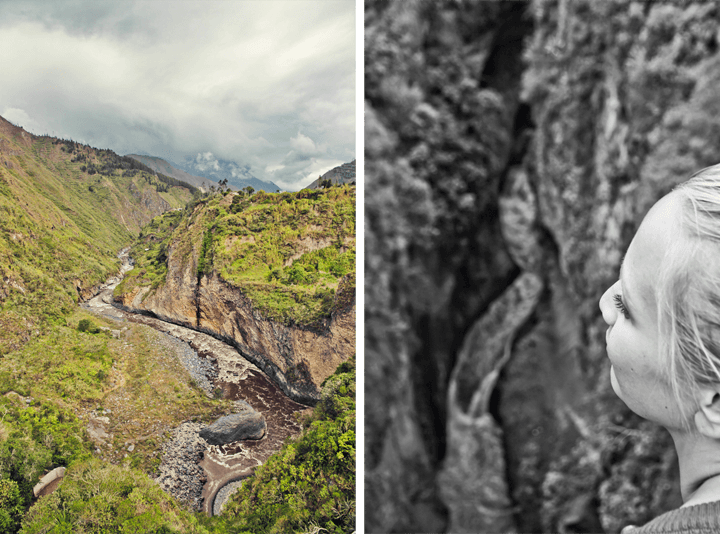 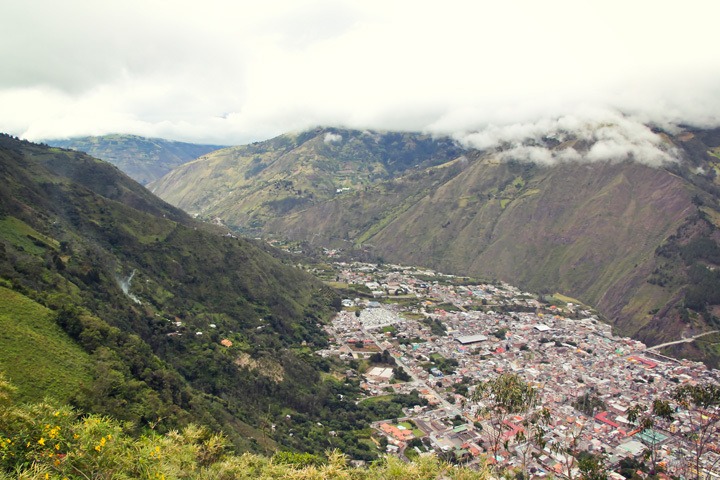 Can you see why already? There was a palpable energy in what has been nicknamed the “Adventure Capital of Ecuador,” brought on by a combination of crisp mountain air, endless lush vistas, welcoming locals and a lively backpacker scene.

The fact that we were there over the New Year public holiday didn’t hurt. People were in a celebrating mood, and everyone we passed had a smile — or a free sample of sugarcane — to offer. 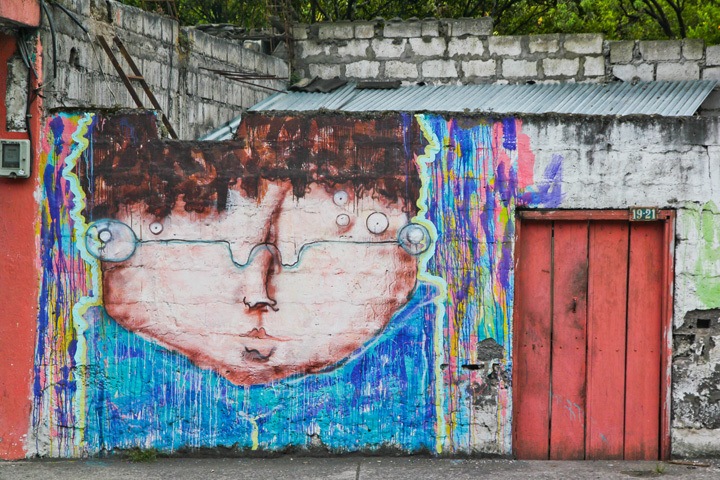 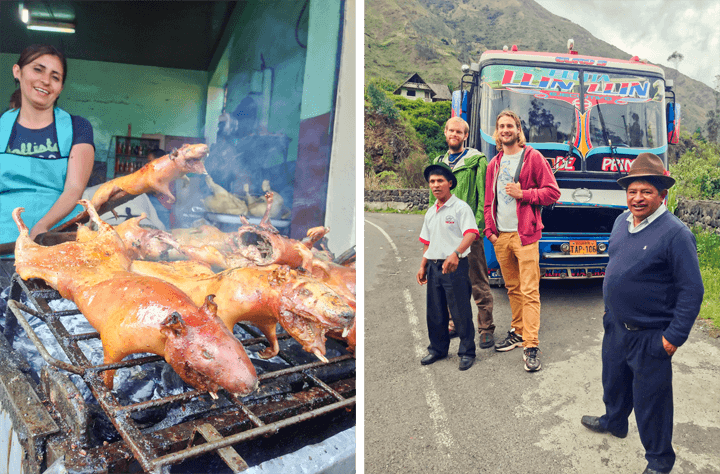 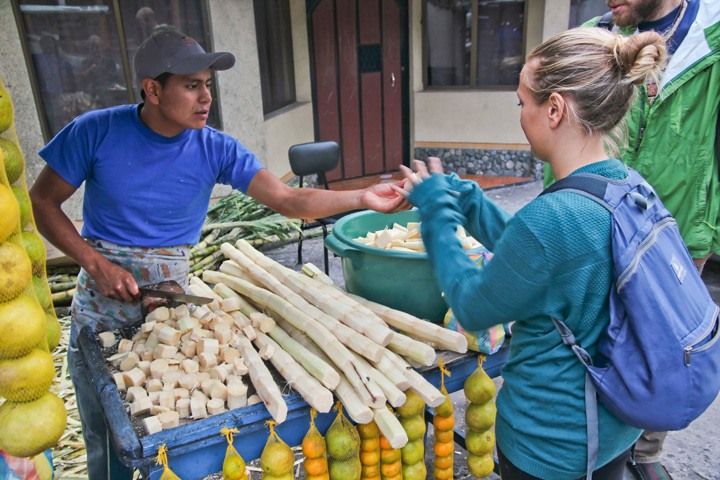 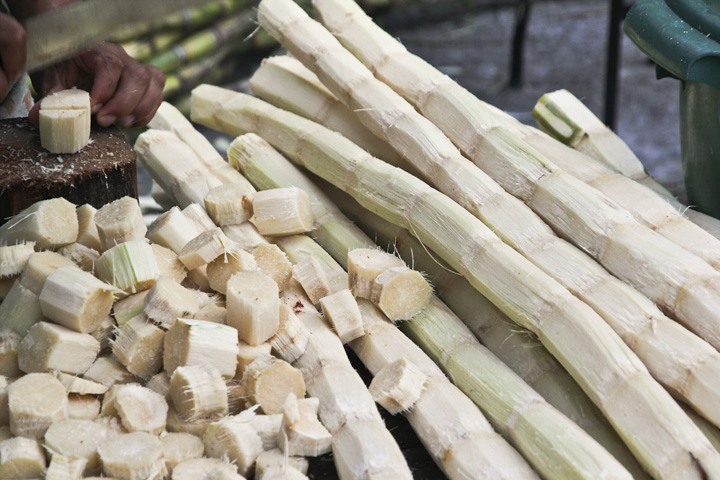 Downtown Baños has maintained considerable charm, impressive taking into account the city’s major tourism appeal. Here we found our favorite hostel in all of Ecuador, as well as a respectable lineup of restaurants, cafes, day spas, and bars.

Of course, most people don’t come to Baños to stay within the city limits. 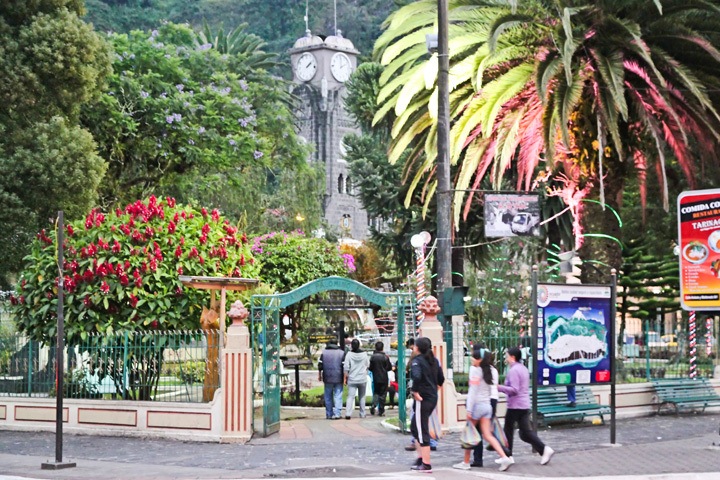 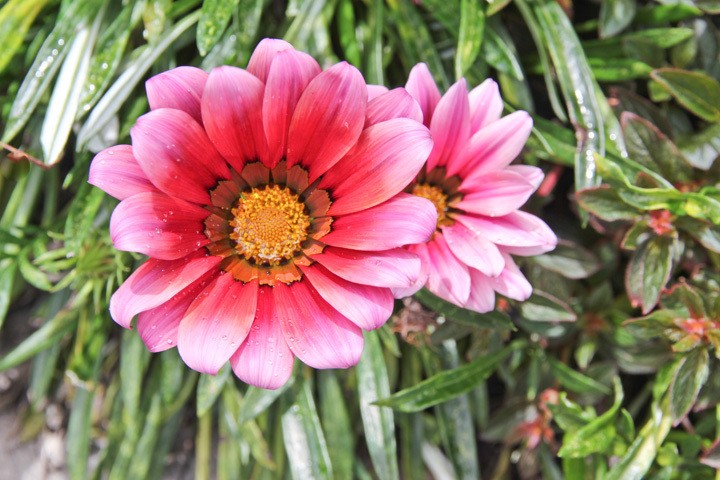 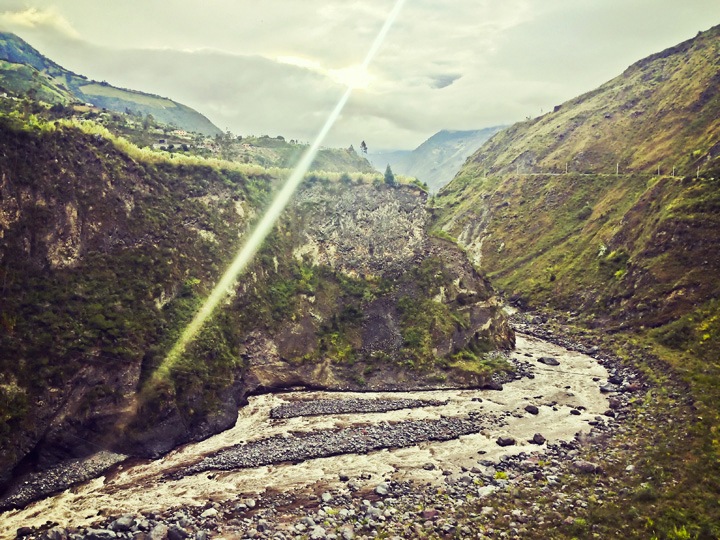 The biggest draw to Baños is undoubtedly its endless menu of adventure activities at rock-bottom prices. From $25 rafting trips to $10 ziplines, spiking your heart rate Baños-style can cost less than a round of Red Bulls back home (results are inconclusive as to its wing-giving abilities).

In just six days, we had enough adventures to sate your average adrenaline junkie for at least a few months. We rented ATVs and drove to a secret treehouse in the hills. We battled trucks biking the infamous waterfall route. We ziplined a third of a mile over a deep river valley. We rappelled down a jungle canyon. We rafted the toughest rapids I’ve ever faced. We rung in the New Year dancing in the streets while giant statues burned all around us. I think the week more than earned the adjective epic. 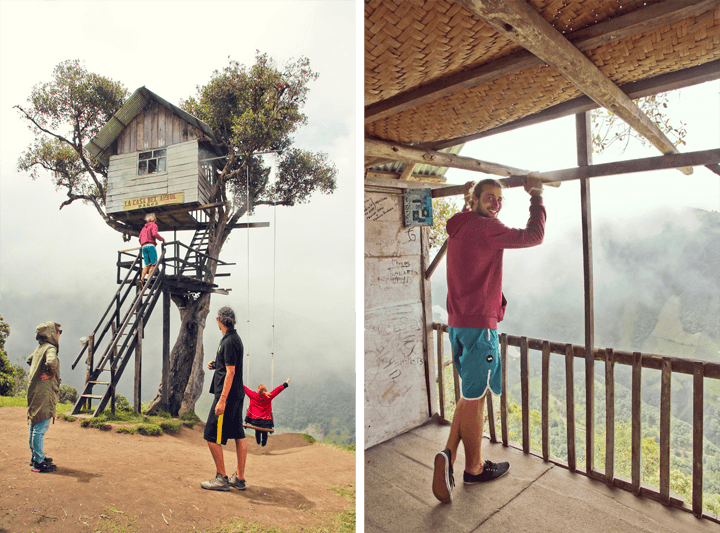 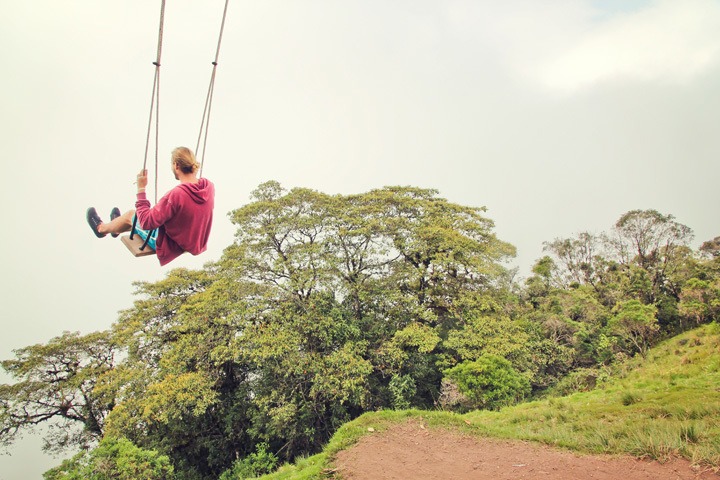 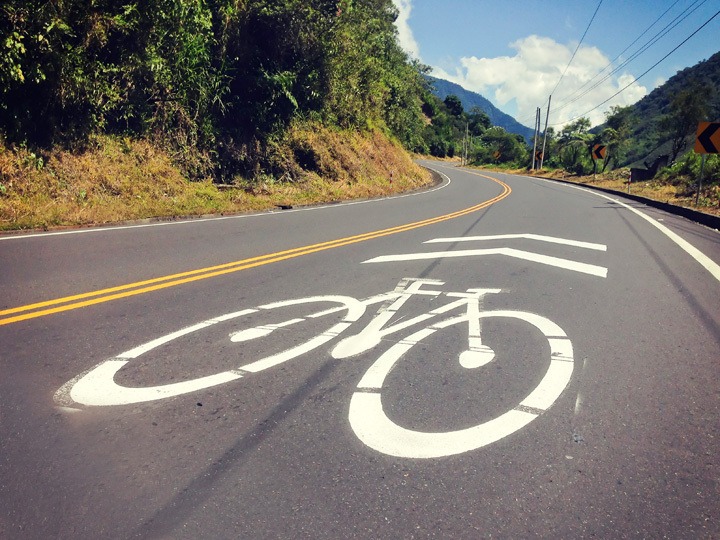 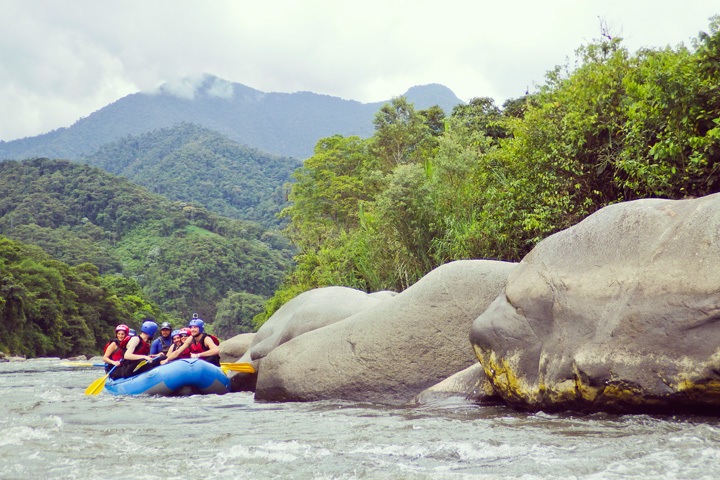 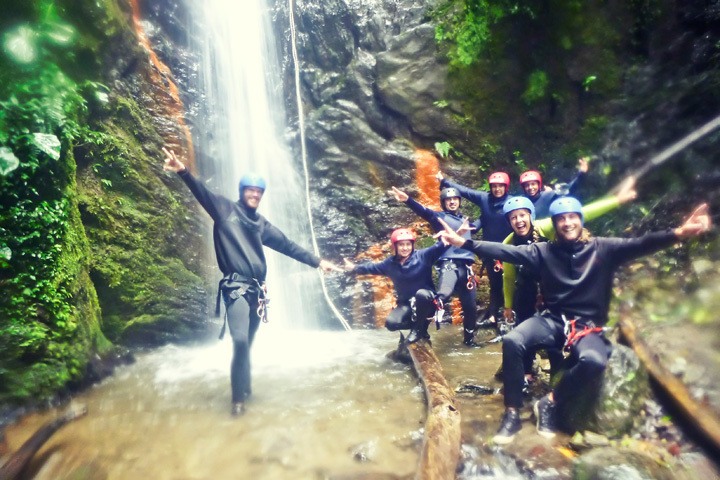 There will be many a post more about those activities in detail. For now, you can see a little hint of what’s coming in Anders’ excellent roundup video. 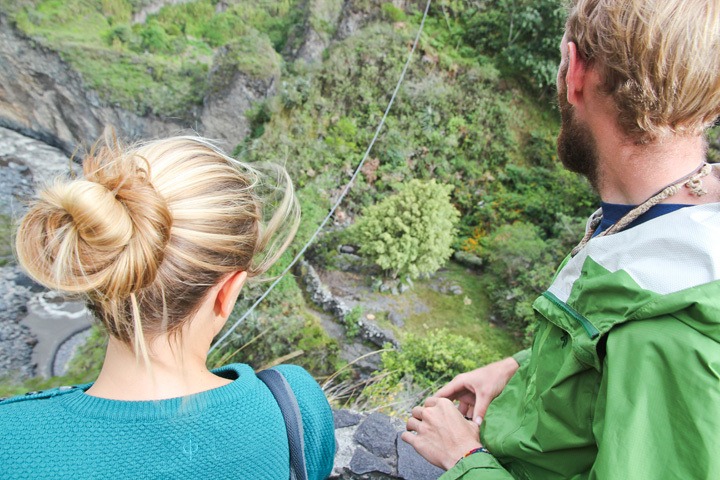 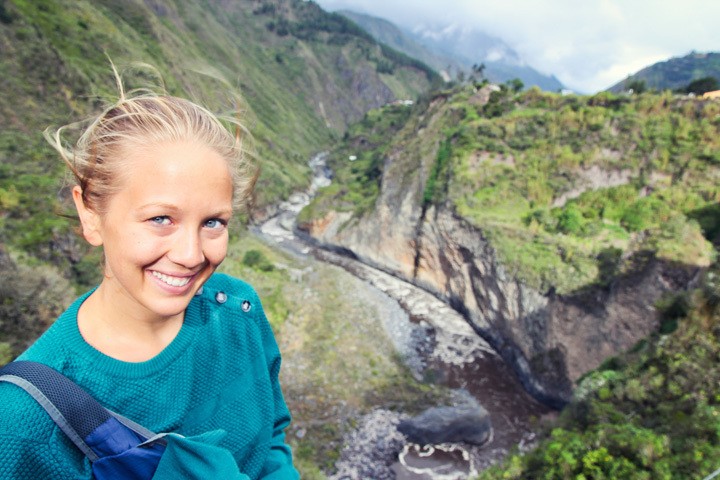 Thank you, Baños, for showing me the magic of Ecuador.

Where I stayed: Great Hostels Backpackers
Where I ate: Cafe Hood and Casa Hood (supposedly each owned by half of a divorced ex-couple) each serve healthy international options
How I got there: We paid $9US for a bus from Guayaquil to Banos.
Bonus Tip: Be prepared that your bus will arrive hours earlier than planned. Our bus left at 11pm and was meant to arrive in Baños seven hours later. We got there at four in the morning.

Badass on a Budget: White Water Rafting in Baños