Playing Well With Others: Traveling with Contiki

I’m a yes girl. I’ve always prided myself on that. Travel has been a natural extension to that facet of my personality – I love how it continually pushes me out of my comfort zone and forces or invites me to try things I’m not sure how I feel about. In some cases, I’m lucky enough that something I assumed I’d loathe – camping or cruising, for example – turns out to be unexpectedly entertaining.

This is what I told myself as I stared at the ceiling in a dark hotel room in Athens, Greece, wracked with nervous insomnia, tossing and turning the night before checking in for my first ever group travel experience – a Contiki Greek Island Hopper. I’d just wrapped up my first week in Greece in what is more or less my usual style – independently, slowly, and either solo or with a temporary travel buddy. It was sublime. And I was about to switch gears entirely. 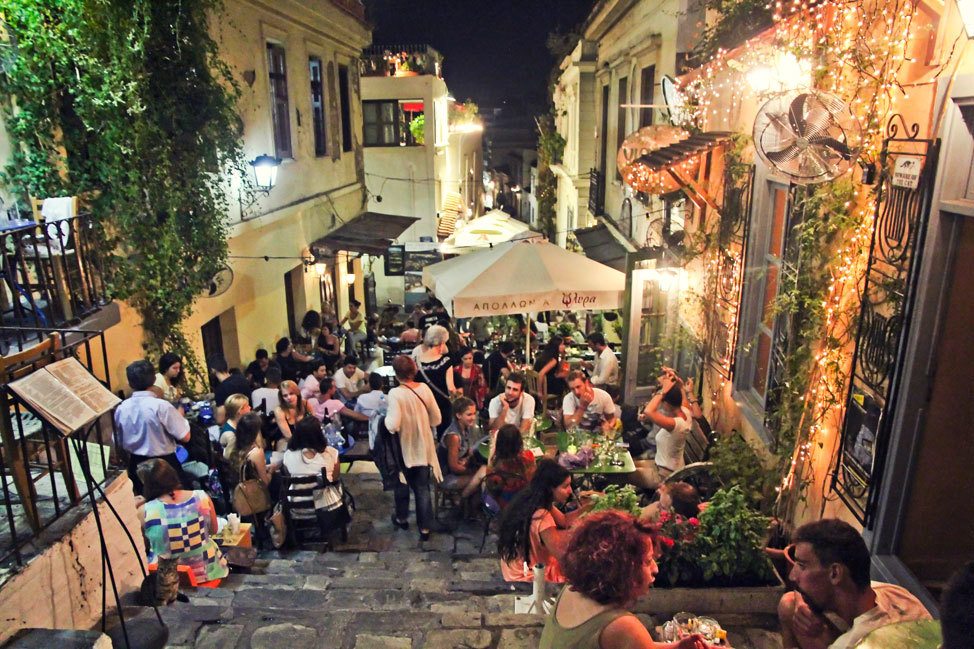 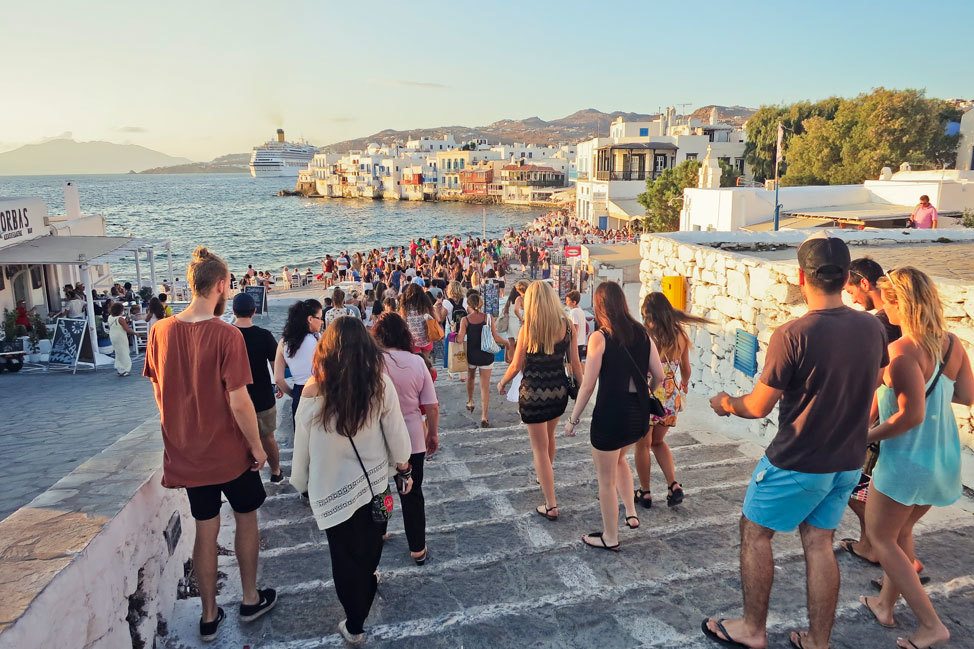 My yes girl ways had gotten me this far – when Contiki invited me to join one of their trips anywhere in the world, I certainly wasn’t going to start no girling then! — but in the weeks leading up to the tour I started to doubt my decision. I confided in close friends that I thought I’d made a mistake – how was I, an independent traveler with a control freak streak and a penchant for eye rolling, going to enjoy two weeks under the thumb of a tour group? I started to descend into panic – what was I even going to write about?

Thirteen days later, I was back in that same Athens hotel, staring at the ceiling once again. But this time, I was smiling. 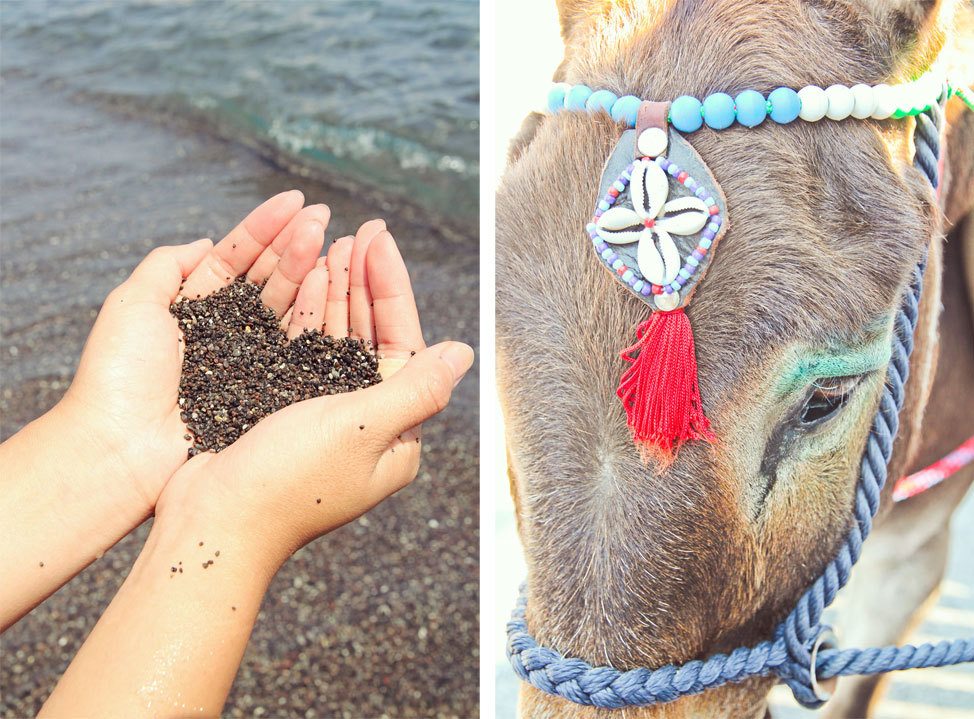 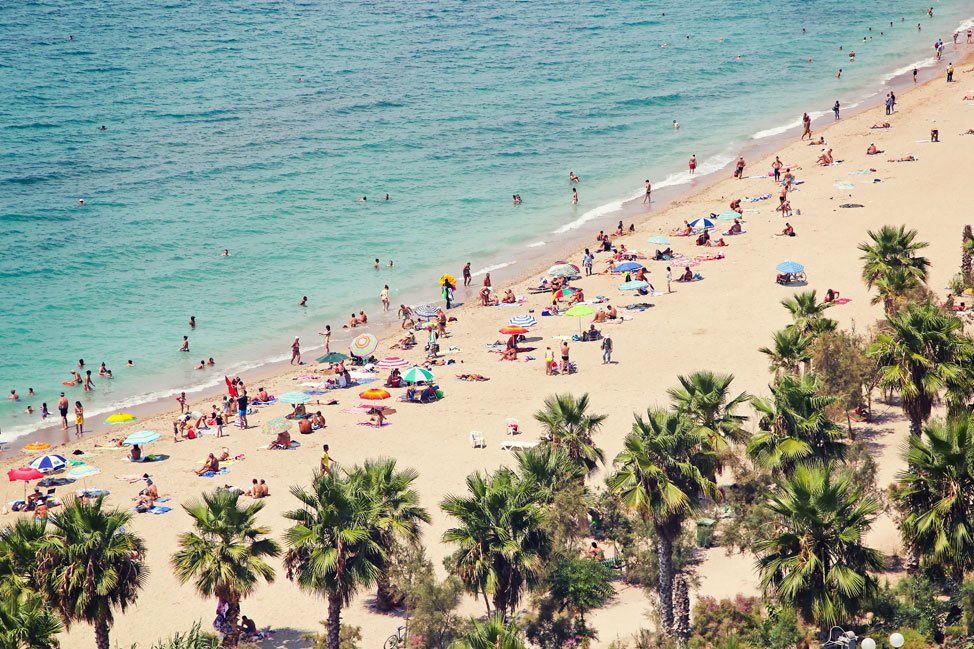 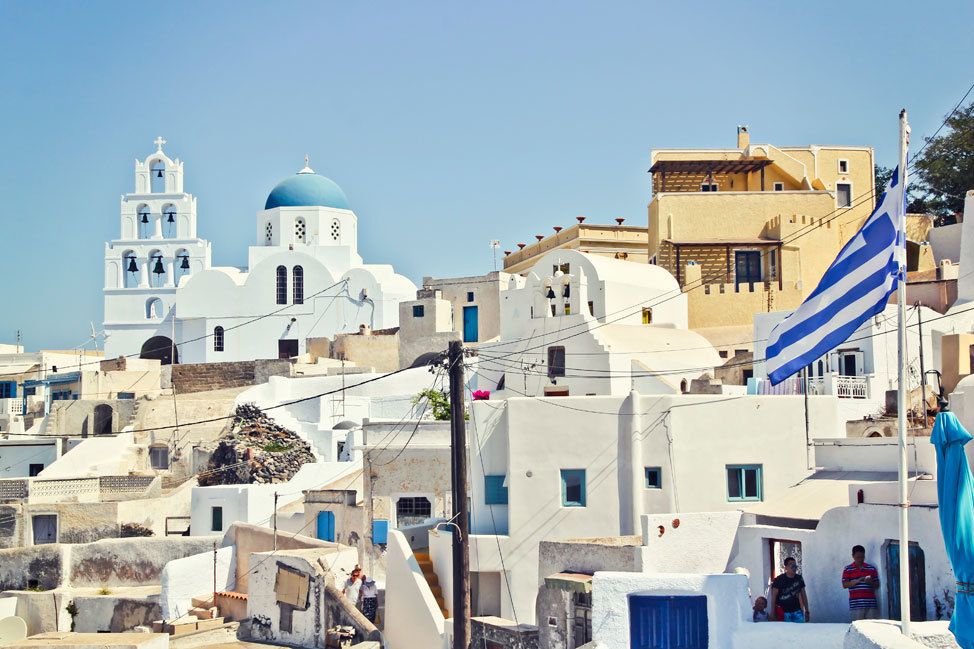 Guys. I can’t even explain the warm fuzzies I have when I think about this trip.

You’re going to hear all about the mouth-gapingly gorgeous beaches, the world-famous beach parties, the whitewashed cities and the dreamy sunsets. Yet when my mind wanders to this trip, something else comes up first, and it was the aspect that had actually stressed me out the most, pre-departure: the group itself. I was terrified there would be no one there I’d connect to or click with, and I’d spent the bulk of the trip muttering sarcastic jokes to myself while everyone else jovially toasted their new found friends over ouzo. 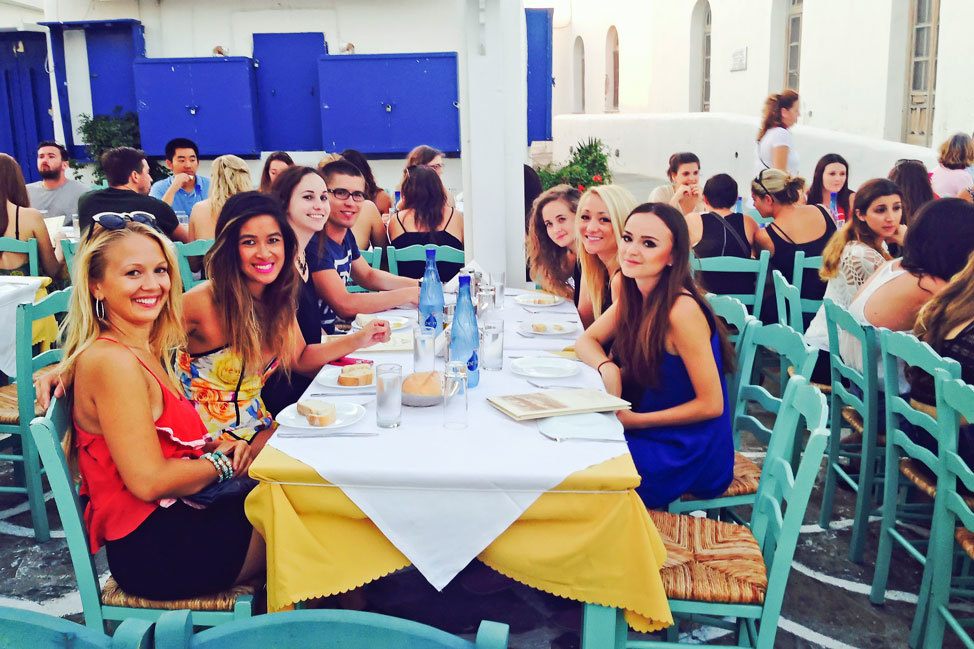 Turns out, my fellow Contikiers were amazing. The vast majority were Australian, though there were Americans, Canadians, Brits and other passport holders strewn about as well. I was impressed with what a wide range of backgrounds and careers the group came from, from medical field graduate students to tech geniuses to high school teachers. But what I came away with most of all? What an overall smart, funny, and genuinely sweet and lovely group of humans they all were. Months later, I’m still in touch with a fair amount of them – the close group of girls I bonded with has a Facebook thread where we update each other on our lives, while a larger group of the full crew we partied with keeps me regularly giggling. Upon parting, many of us made plans to visit and/or travel with each other again – and I genuinely plan to do so.

When I was describing the trip to a somewhat skeptical long term expat friend of mine, I kept coming back to one description: refreshing enthusiasm. To my knowledge, I was the most well traveled person among the 80ish people on my tour. But rather than feeling frustrated by that, I felt refreshed by it. Many in the group were in the discovery phase of their great love affair with travel, and I loved the keen conversations that took place every day about big dream trips, travel bucket lists, and where we were all headed next. There was no one-upmanship, no jaded pretension, no cheaplympics — just a bunch of people cheering each other on in their plans to see the world in whatever way they got excited about. 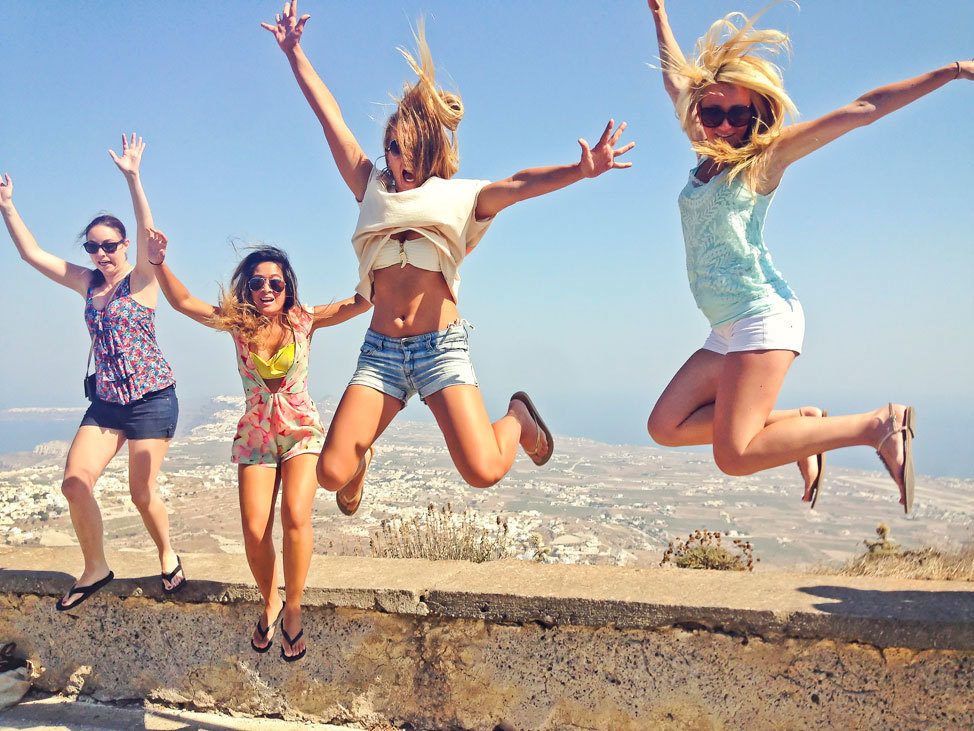 Why do people choose group travel? I expected that for most, it was because they were uncomfortable with the idea of traveling independently, or at the very least more comfortable with the idea of traveling on a tour. And that was true. But there were answers that surprised me — some were backpacking Europe independently all summer and simply wanted a vacation from their travels. Some typically traveled solo and wanted a built-in party crew for the Greek isles. Some were couples looking for a stress-free getaway — and even one set of honeymooners. And there was at least one pesky travel blogger constantly asking all kinds of “what motivates you to travel?” style questions.

While I don’t have much to compare it to, there were a few things that I gave Contiki kudos for:

• A Niche Audience. Contiki is known for being fairly nightlife oriented and specifically targets the 18-35 crowd (the group I bonded with was mostly 23-30). For the most part everyone knew exactly what they were getting into, and there was an upbeat and youthful vibe. Even those that didn’t party like rockstars were laughing over the recounted antics at group breakfast the mornings after.

• Great hotels. Our Athens digs had a gorgeous rooftop overlooking the ocean, our Mykonos hotel was Mediterranean chic, the Santorini base was seconds from downtown Fira, and our Ios accommodation was so amazing I plan to return for a minimum of a week someday in the future. 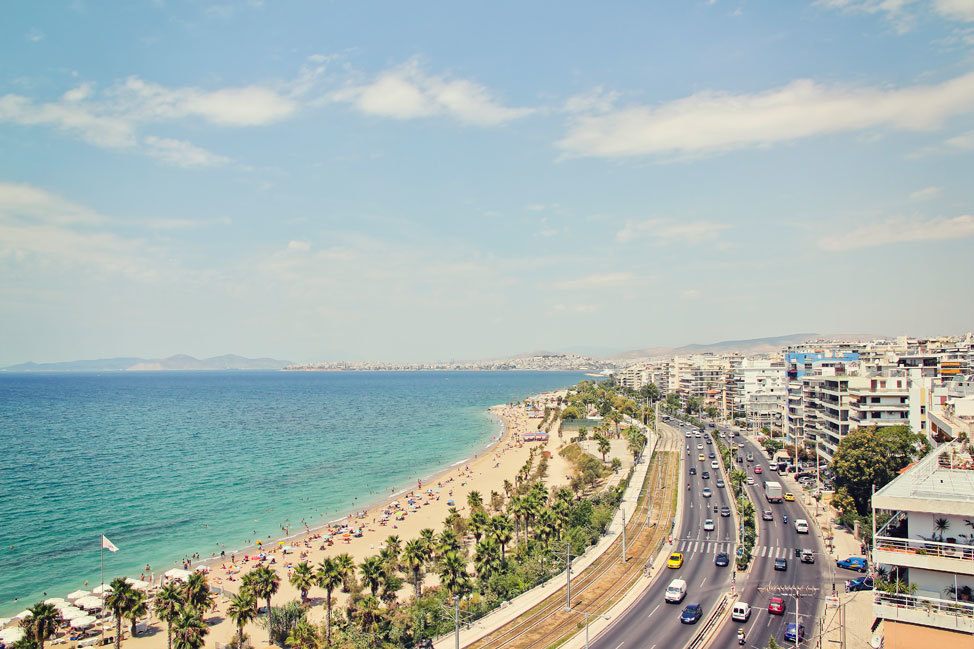 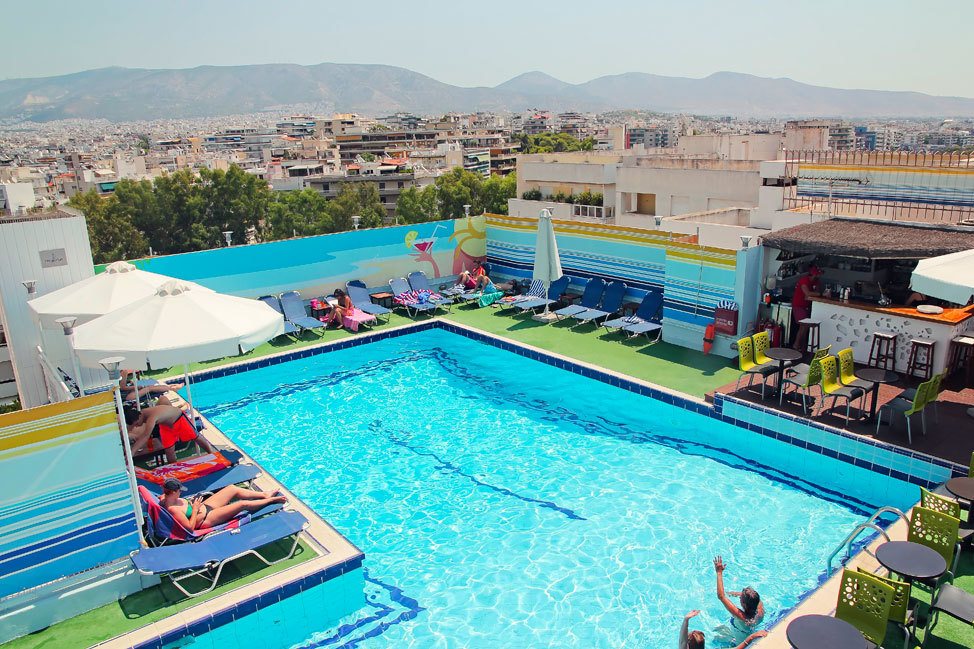 • Flexibility. My Contiki itinerary included all breakfasts, no lunches, and one dinner per island. It was a perfect mix of guaranteed group time with no negotiations or planning necessary, and free time to grab a quick gyro or go out with a smaller set of friends. During the day, you could choose to do your own thing or join one of what Contiki calls Me Time optionals, add on extras such as a traditional Greek dancing dinner in Athens or a sailing trip around Ios. Because I was going all in on this whole Contiki thing, I only skipped two out of the trip’s eight optionals – a tour of the Acropolis and a sunset in Oia – because I’d done them both before.

• Convenience. No lies: My friend Heather and I, who have probably two decades of travel experience between us, were nearly frustrated to tears by the experience of booking one ferry from Santorini to Athens in the week before the tour departed. And the one we booked turned out to be a nightmare. Handing over the reigns to someone else to make all the travel arrangements – and score us the perfect seats on the best boats – felt deliciously good. Even, or perhaps especially, for this typically micromanaging control freak.

• Amazing Tour Guides. Because it was the middle of high season and our group was so large, we had two tour guides at the helm – Ed and Paola. Both blew me away from the first meeting with their knowledge of our destinations, their no-nonsense advice, and their seamless handling of a group the size of a small graduating class. (The cheeky lectures Paola gave on alcohol serving sizes in Australia versus Greece and the expectations of aggressively flirtatious Italians in Mykonos had me begging her to quit her job and travel the world with me. She was like the sassy older cousin everyone wishes they had.) 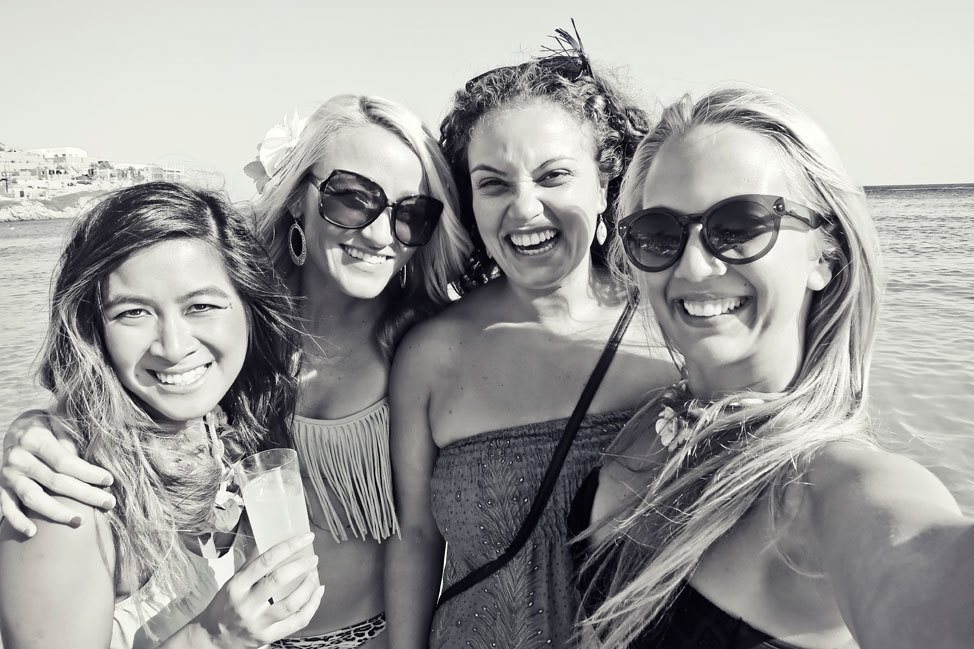 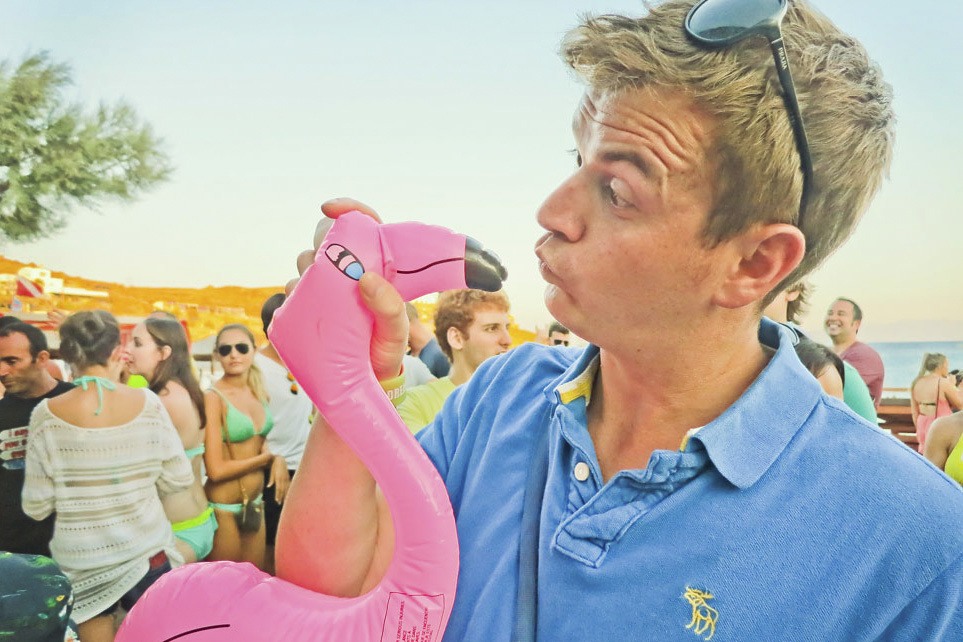 I adored this tour and thought often of friends back home who I thought it would be the perfect fit for, mostly those who are curious about traveling internationally but aren’t quite ready to jump into a big independent backpacking trip. Yet I can see why it wouldn’t be for everyone.

• Pace. While the Greek Island Hopper is slow paced in Contiki world, we still moved insanely fast for my taste – I was extremely grateful I had spent five days in Santorini beforehand, or I would never had had time to do everything I wanted to on that island.

• Partying. This was an incredibly party-heavy trip. I both expected and wildly enjoyed that – after all, Mykonos and Ios are world renown nightlife destinations. But I could see how it might be off-putting or ostracizing for those that didn’t realize what they were in for. And, sidenote, the Contiki Cough is real — I don’t know a single person that escaped immune system completely intact after putting their body through so little sleep and so much travel and play.

• Price. This trip is a splurge. What you get in return is good value — generally I was blown away by the hotels, we traveled on the best ferries and the included meals were for the most part great — but it’s still undeniably pricier than if you went solo and hosteled it the whole time. You get what you pay for, however, I do wish that some of the add-on excursions had been slightly more reasonably priced.

• Politics. Take seventyish girls and seven guys, add several servings of alcohol and a dash of travel exhaustion, and blend well for two weeks. A bit of drama is inevitable. I would have to say for me personally, as someone who works and travels alone the vast majority of the time, I took some guilty pleasure in this aspect of my Contiki. What can I say? It was kind of like watching a really juicy TV show! (I mean like are you guys watching Scandal or what? Discuss in the comments.) 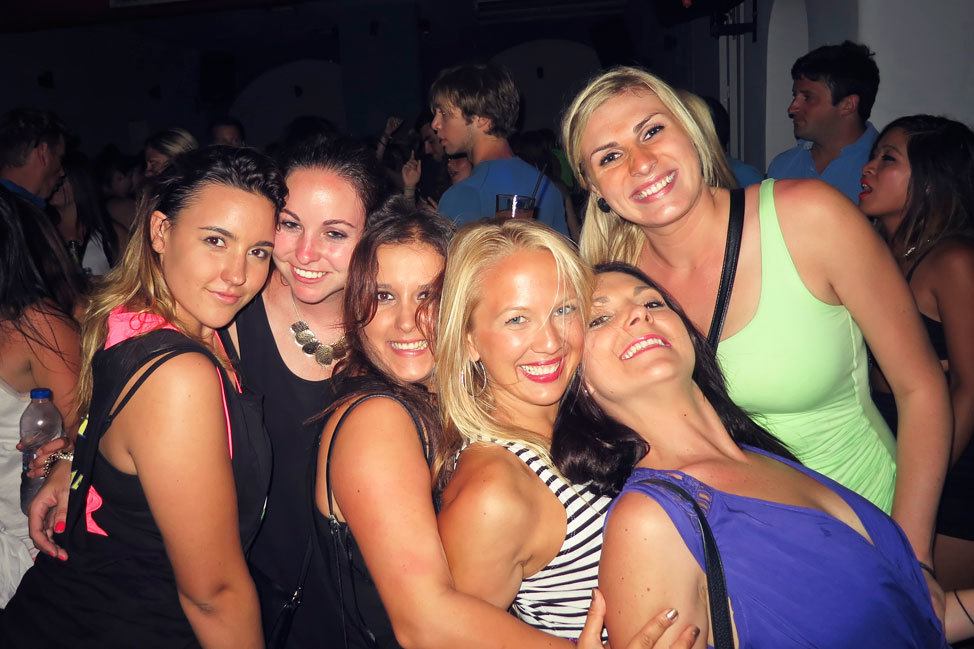 Am I hanging up my independent traveler title to sign on to an endless string of Contikis? No. I love traveling solo, I love getting lost. I love the hunt and I love the challenge. But damnit, sometimes I love having a stress-free fun, too. I will absolutely consider group travel again in the future, should I need a break from planning (for example, basically anywhere ferry schedules are involved), should I be visiting a region where I like the idea of a built-in crew of travel buddies, or should I head somewhere that is either unpleasant or unwise to travel alone as a single woman.

Waiting for my flight out of Greece, I dedicated a quick Facebook status to my Greek party crew. I think it pretty much says it all.

I consider myself a bit of a one woman wolf pack when it comes to travel, so imagine how surprised I was to be all broken up saying goodbye to these fools. Thanks for reminding me how to play well with others (and how to contract bronchitis). Lots of love.

And now, let’s head to the islands, shall we? First stop, Mykonos… 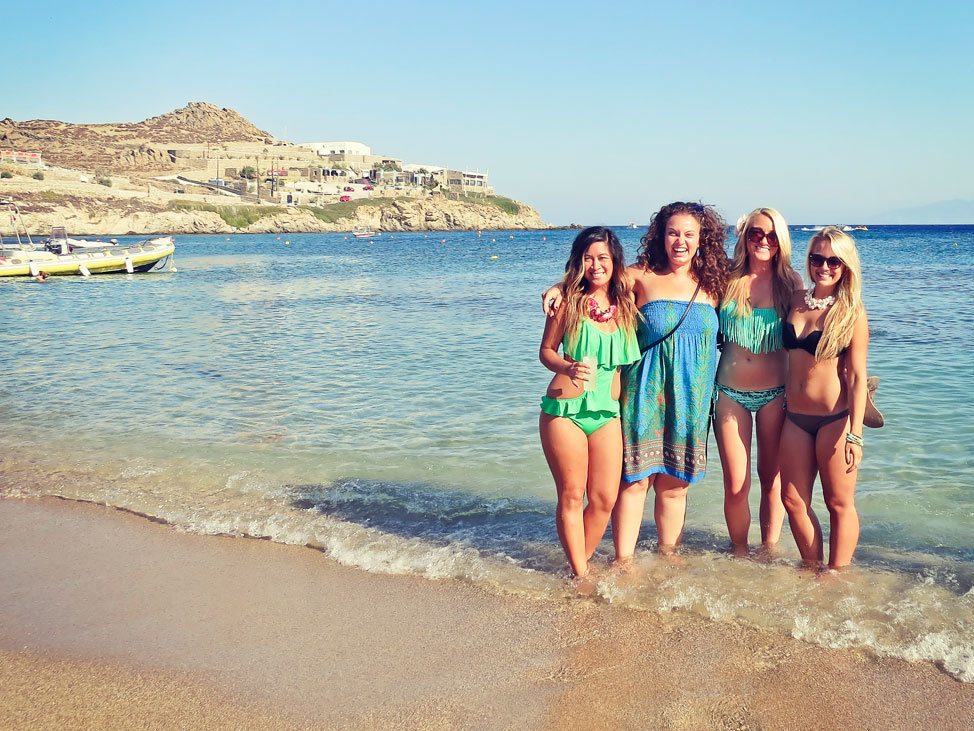 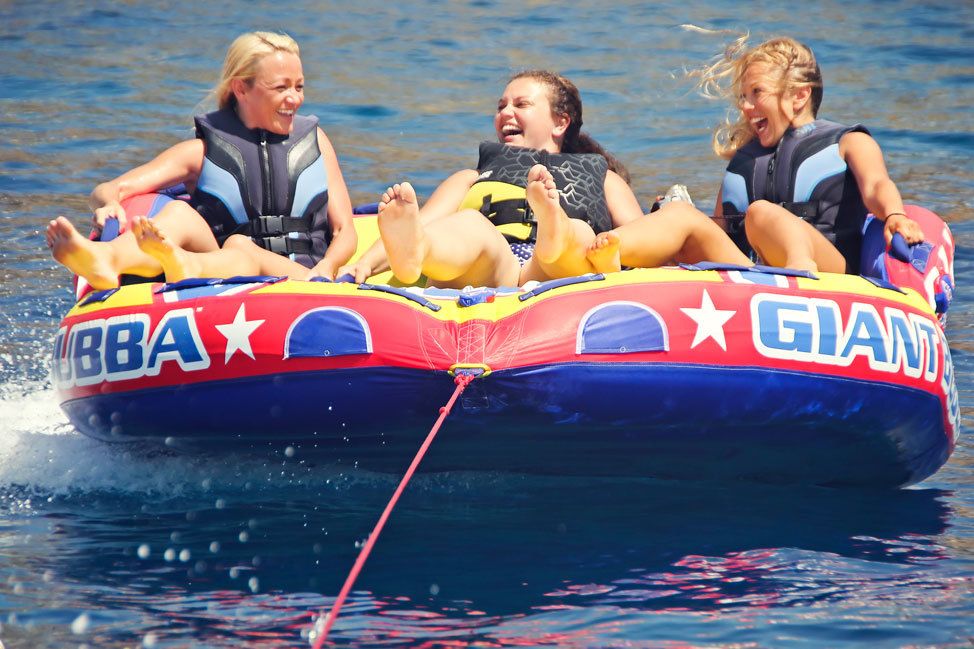 The Seven Thousand Dollar Passport: An Adventure in Accidental Travel