There’s nothing quite like waking up before the sun is up, hopping on a boat in one of the busiest dive areas in the world, and being one of the only two people descending into the ocean. Even with my Rescue Diver certification and over 100 dives, my unease in the dark and residual fear of the ocean kicks in and I feel a surge of adrenaline. It’s 6:30am, and I’m soaring over Koh Tao’s newest dive site. 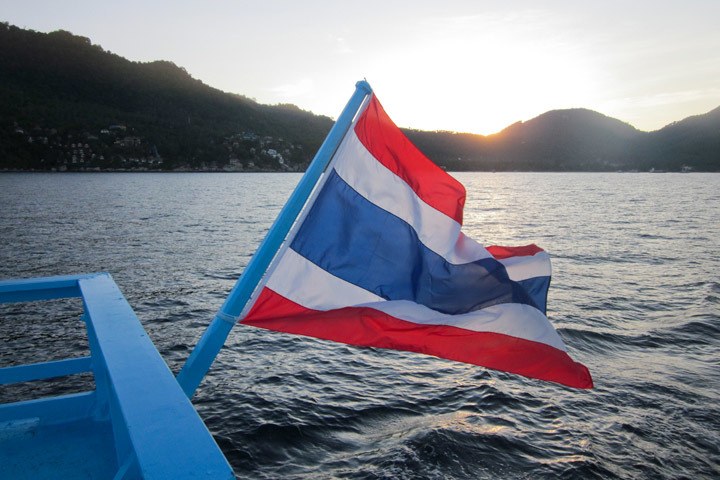 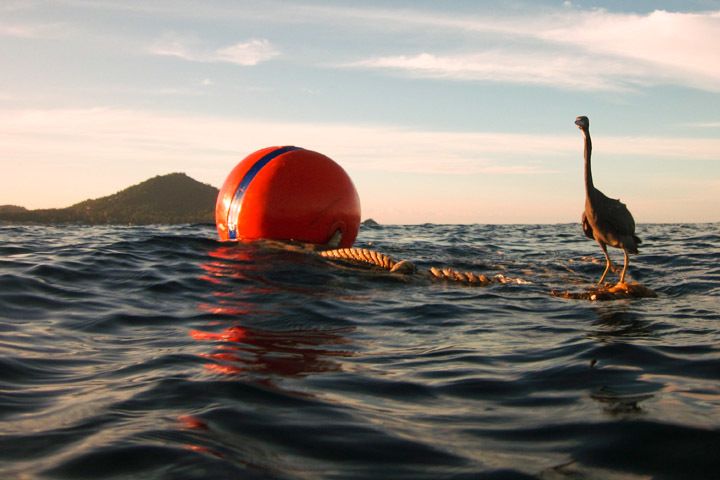 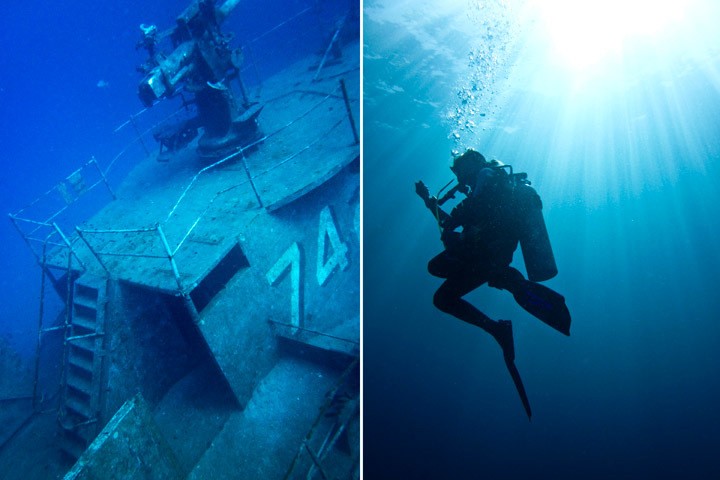 The former US Navy ship HTMS Sattakut was sunk on June 18th off the coast of Sairee Beach. It sits at 30 meters depth so that it can be explored on regular scuba gear by fairly novice divers, in contrast to Koh Tao’s other wrecks which are more advanced and technical dives. 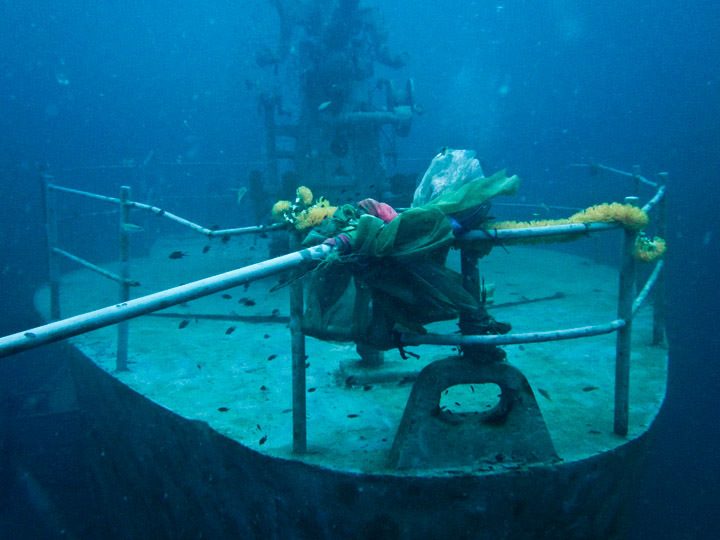 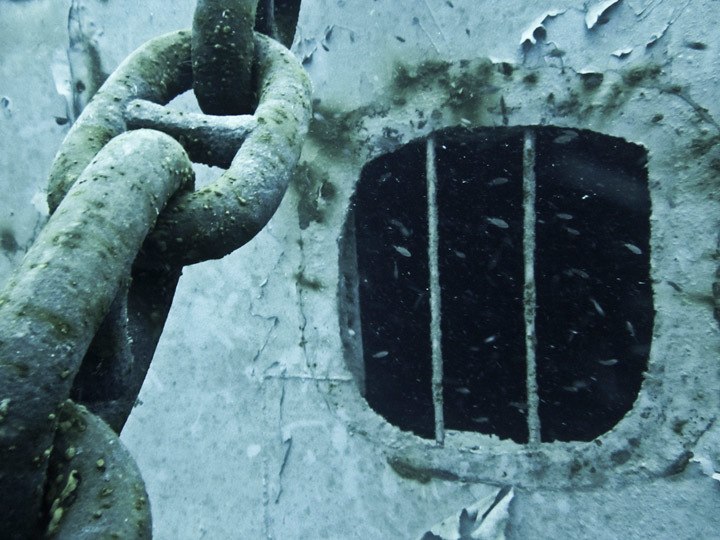 Residents of the island hope that it will provide a resource for wreck dive training, ease congestion on nearby dive sites, and eventually become an artificial reef. This tactic is being used around the world in other diving hot spots such as the Cayman Islands, which this year sank the USS Kittiwake. 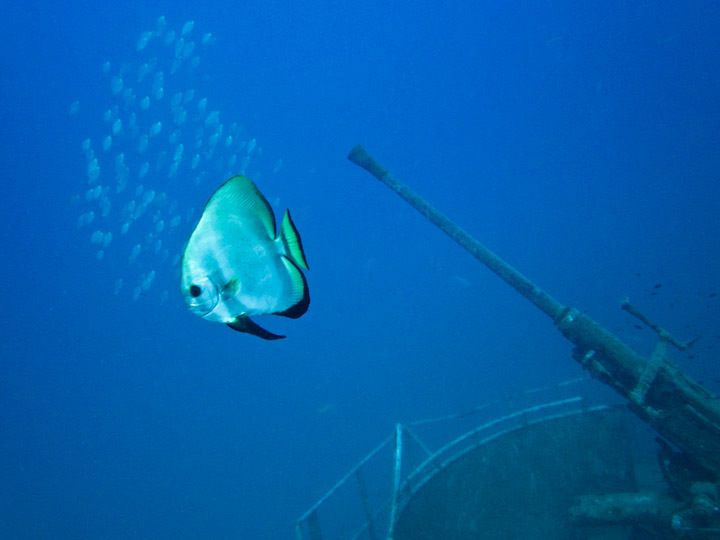 However, in early August nature decided it had other plans. The wreck had been sunk to much fanfare but in very poor weather conditions, and it was eventually pushed by the sea onto it’s side! It was then at a depth too deep for recreational divers, so they went in for a second attempt and placed the wreck upright at it’s current location next to dive site Hin Pee Wee. 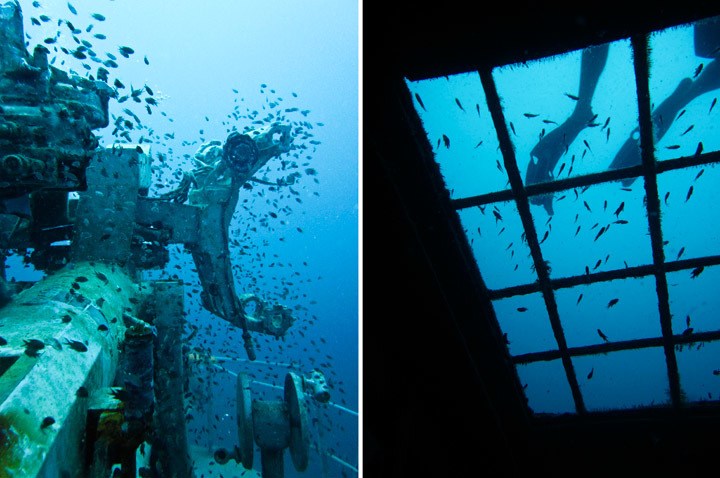 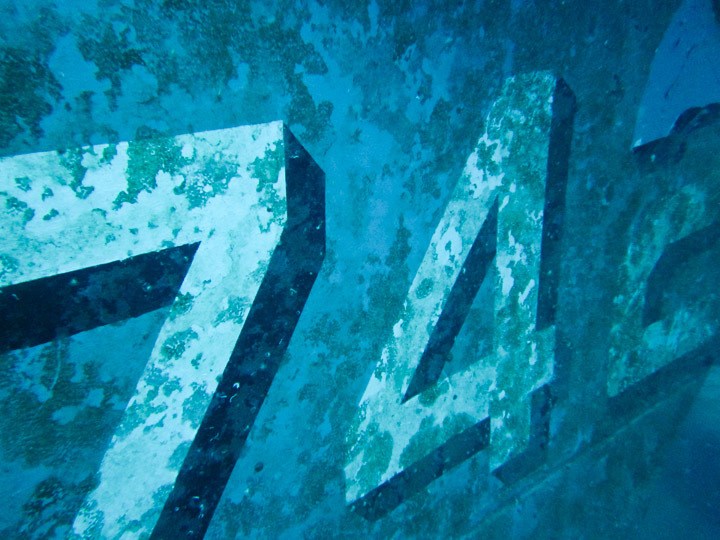 If you want to dive the HMTS Sattakut you need to be an Advanced Open Water Student (I am!) due to the depth, or if you are an Open Water student you can do an “Adventure Dive” which is consists basically of paying more money and filling out a work sheet. You won’t technically be able to penetrate the wreck unless you have a Wreck Dive Specialty, but there aren’t really any PADI police down there, if you know what I’m saying. Unless there really are PADI police out there, in which case I in no way entered the wreck at any time. (Non divers: PADI is the Professional Association of Dive Instructors and the largest dive certification agency in the world. AKA The Godfather.) 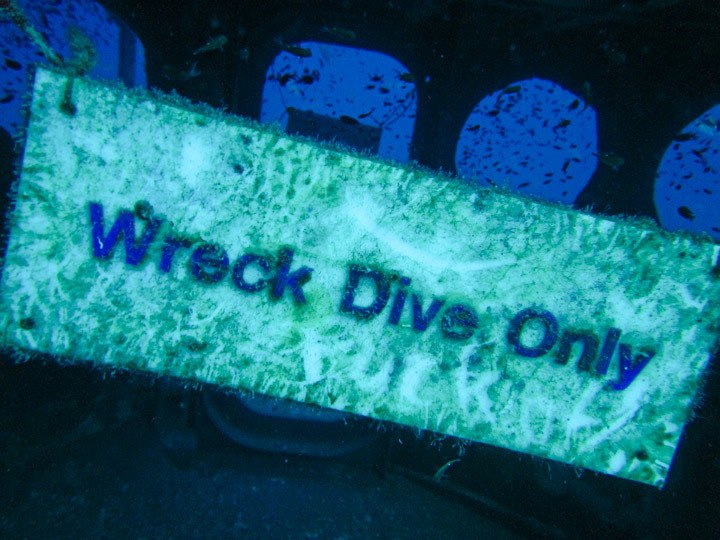 I’ve dove the wreck twice now, and I can already see more sea life starting to make the wreck their home. I’ve spotted a Batfish, a Stingray, the Largest Pufferfish Ever (scientific name) and a little Gobi taking residence in a tiny pipe. 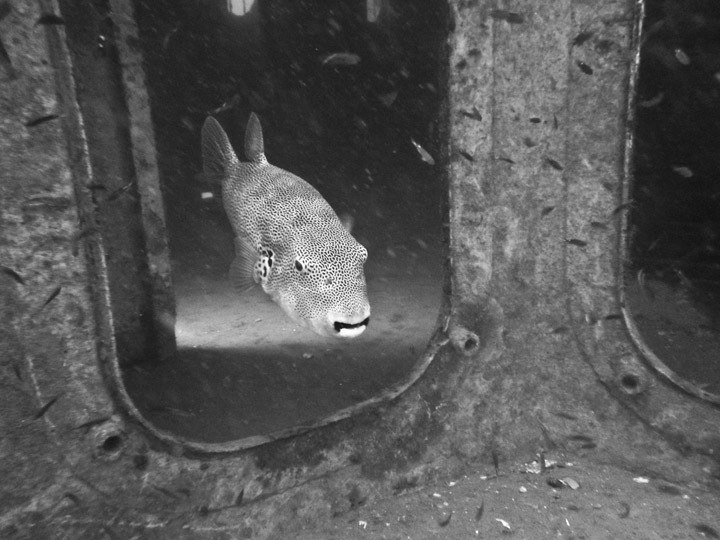 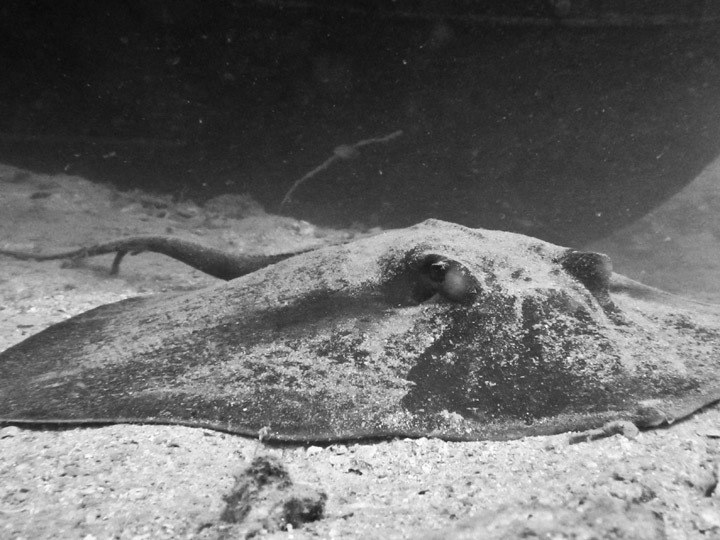 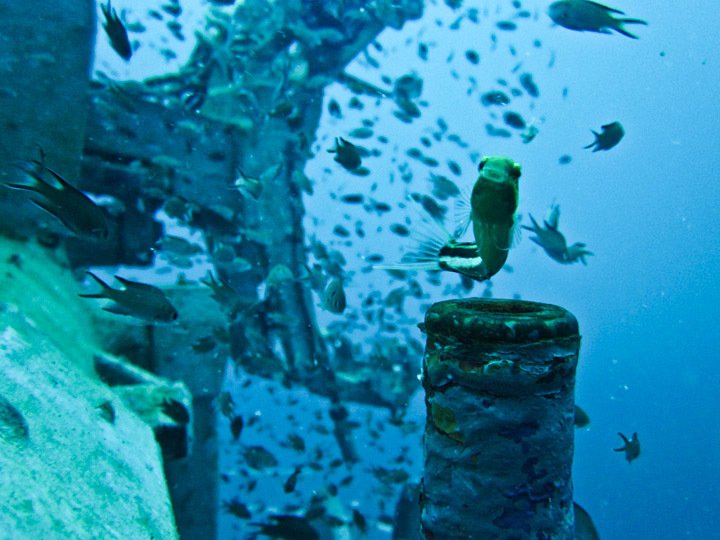 While we wait for more sea life to settle in, helpful divers have added their own flare to the dive site to make it more enjoyable and interesting for others, such as this positive message about scuba and a rather personal confession about a man named Keith. 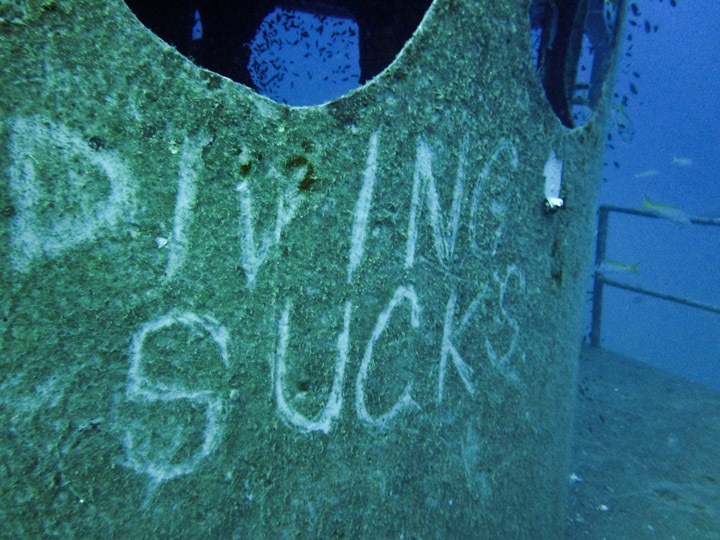 One of the HTMS Sattakut’s greatest assets is its location less than 15 meters from neighboring dive site Hin Pee Wee. So you can compliment a spin around the wreck with a zip around the coral reef. Hin Pee Wee features several pinnacles, a resident turtle, and some impressive macro life. 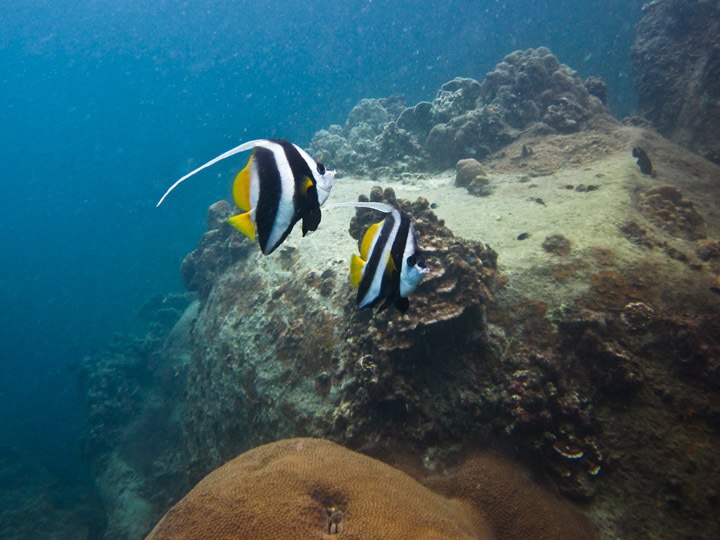 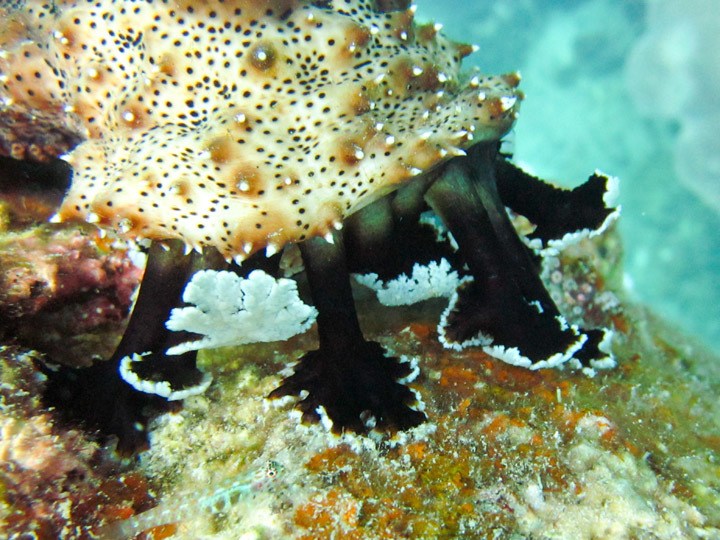 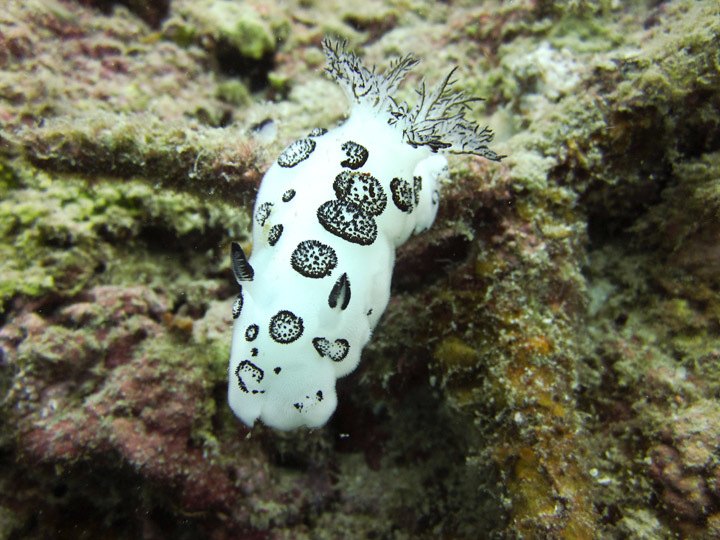 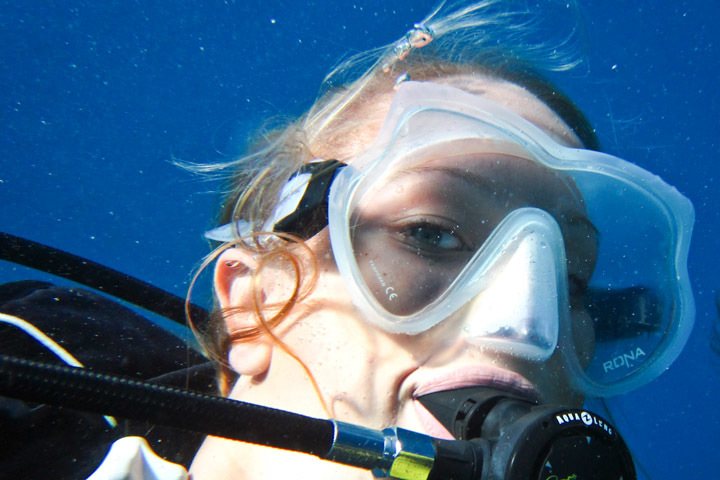 Whether you are a fresh new diver or an experienced sea explorer, the HTMS Sattakut has definitely earned a spot on the “Must Dive in Koh Tao” list. I can’t wait to watch this dive site grow and flourish.