To all my non diving readers out there, I apologize, because this is two diving posts in a row! Don’t worry- we’ll be back on dry land soon 🙂

It all started long ago when Mark and I spotted some super mysterious posters around Koh Tao encouraging us to “experience the wonder” of something “like the night scenes in Avatar.” It featured no website, just a phone number and some photos of coral that appeared to be photoshopped a neon hue. We concluded that someone was clearly trying to start a business out of giving people hallucinogenic mushrooms and then pushing them off a dive boat, and went on our merry ways. 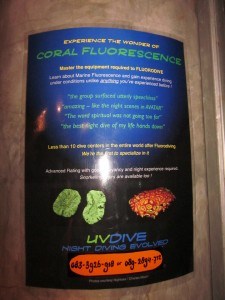 About a week before we left Koh Tao for Cambodia I got an email from a friend that she was arranging a group night dive for her boyfriend’s birthday- with the mushroom people. I was skeptical, but hilarious anecdotes/blog fodder doesn’t just create itself, so I counted us in. 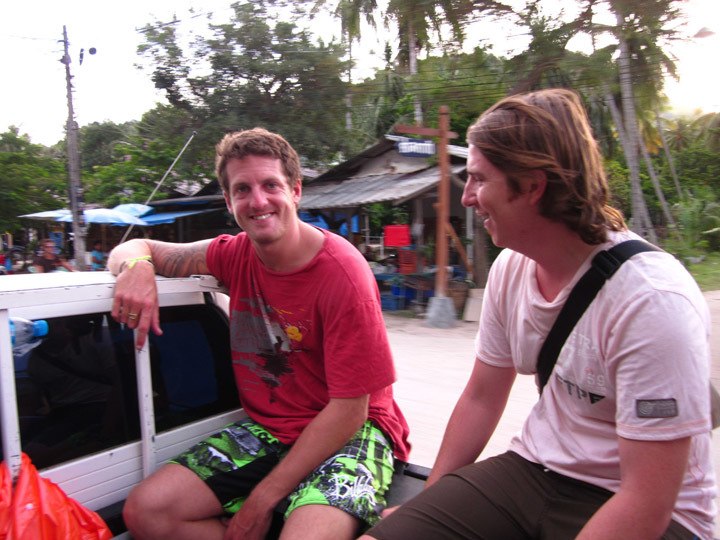 As the sun set on the day of the big event, our group of six minus the birthday boy and girlfriend were picked up in a taxi to the south side of Koh Tao. While the dive instructor filled group had time to catch up, I had plenty of time to contemplate the fact that I am still more or less terrified by night diving. 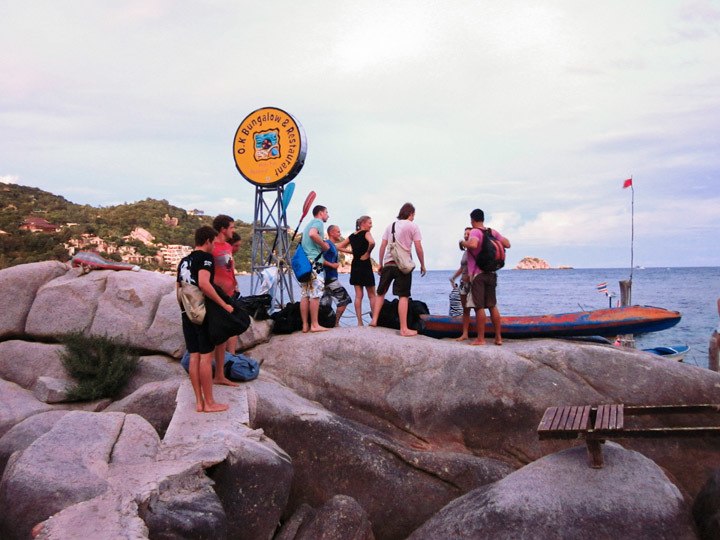 After the obligatory “SURPRISE!” moment, we arrived at the dive school for our briefing, the pieces of the puzzle began to fall together. Rather than mushrooms, the two friendly dive leaders/business owners were going to give each of us a special UV light torch, a filtered lens to put over our masks, a blinking light marker for our tanks, and a small regular back up light. 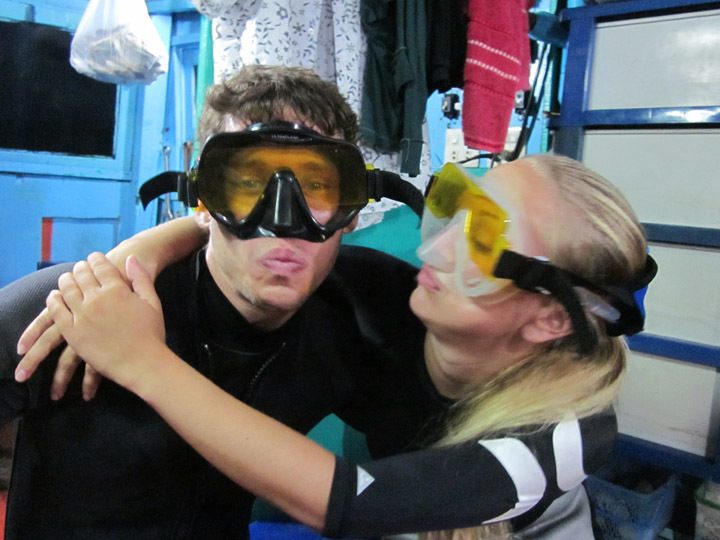 From the consent form to the taxi ride to the pier to the pitch black boat ride to the dive site, I had a lot of time to contemplate the fact that I am not the most comfortable night diver. Being surrounded by pitch black cold water and not having my dive buddy in my peripheral vision brings up all the old phobias that kept me away from diving for so long. 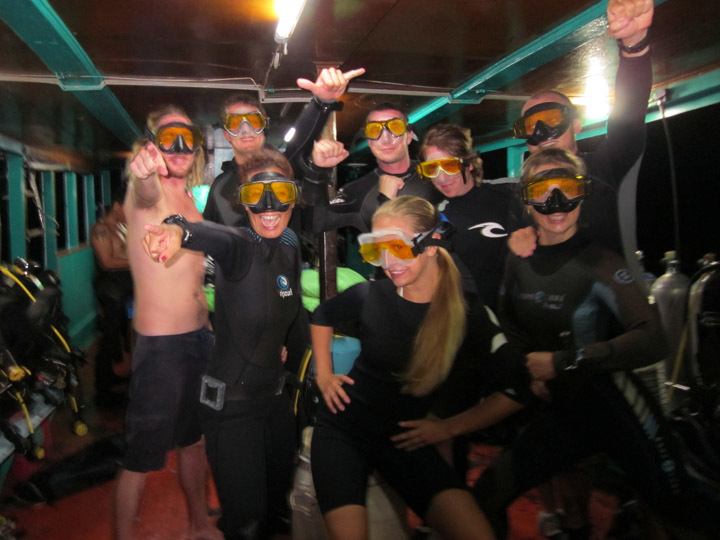 Usually, night divers enter the water as the sun is setting. But since I was diving with a group of dive instructors, no one complained as we geared up in the pitch black. And as the least experienced diver of the group, I certainly wasn’t going to pipe up. I was the last one to jump off the boat, and I kept calm by keeping my eyes on Mark and holding his arm as we descended into the black sea. I felt a bit of vertigo and panic creeping in, when in finally in the beam of my light I could see the ocean floor. 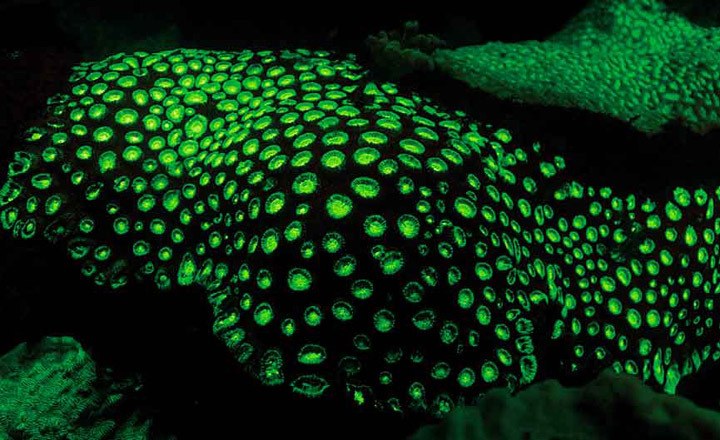 Any fear I was feeling was pushed aside as I became completely distracted by the colors coming from the coral covered rock beside me. It was like a Full Moon Party underwater, with neon green, orange and red glowing in every direction. How can something appear to be a totally different color? The key is the fluorescence, which absorbs one wavelength of light/color and re-emits it as another completely different wavelength of light/color. An object, such as coral, that contains fluorescence will remain its true color under white light. But exposed to UV light, it absorbs blue and re-emits a brightly glowing fluorescent color. 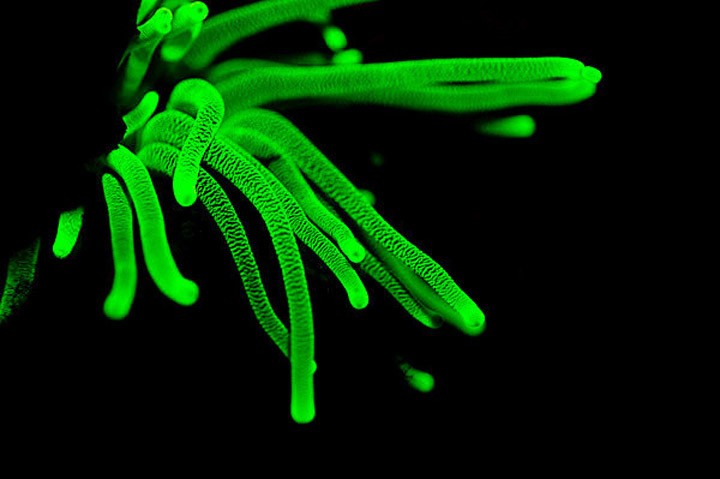 We spent almost 70 minutes underwater. Unlike an average dive, the focus was on coral rather than fish. A few creatures did give off color though, such as the bright yellow eel that appears pink under normal day light. Crabs and goatfish also caught my eye. But most of that hour plus was spent staring into anemones and brain coral, trying to be really sure no one slipped me any mushrooms. 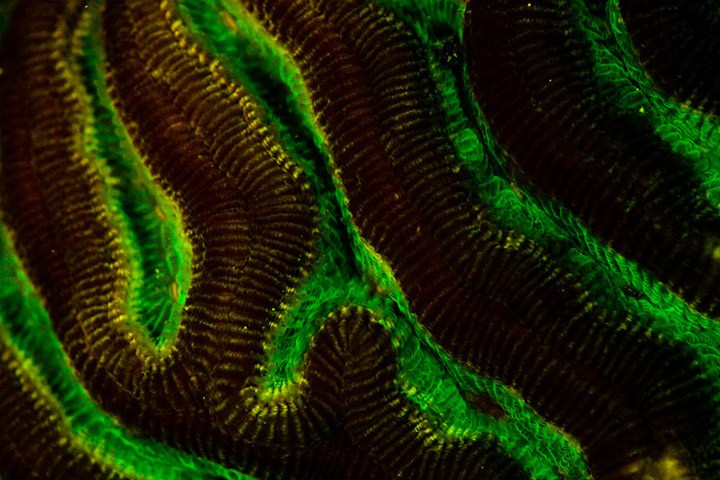 Working as a dive instructor can make you a bit jaded to the underwater world. Mark barely bothers to describe his daily diving to me anymore. But the looks on the faces of the six people getting out of the water was pure elation. For people that have been working in the industry for years and have  1,000+ dives, it’s a rare to see them get so excited about something. 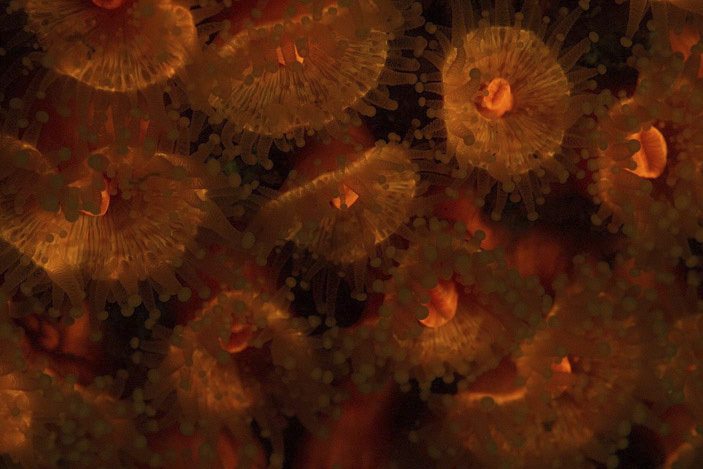 UV night diving  is offered in less than 10 places around the world, often at great expense. But in Koh Tao you can join the small group of people in the world to have tried this kind of diving for only 1,900 baht. You will need to have an advanced dive certification and previous night diving experience.

The website for UV Night Diving Koh Tao is under construction, but in the meantime you can set up a night dive of your own via the UV Dive Koh Tao website or Facebook Page.

A Dose of Vitamin Sea: Back to Koh Tao