A Wild Weekend on Koh Phangan

As I waved goodbye to Mark pulling away on the Lomprayah ferry, I realized how little I knew about the island I was standing on. Koh Phangan is known around the world for its wild raves celebrating the waxing and waning of the moon, from the original Full Moon Party to the Half Moon Party (which I had come to attend) to the kind-of-pushing-it Shiva and Black Moon parties. I only had two nights, but I was determined to learn a bit more about the middle child of the Samui Archipelago, lying in size and in location somewhere between Koh Samui and my new home of Koh Tao. 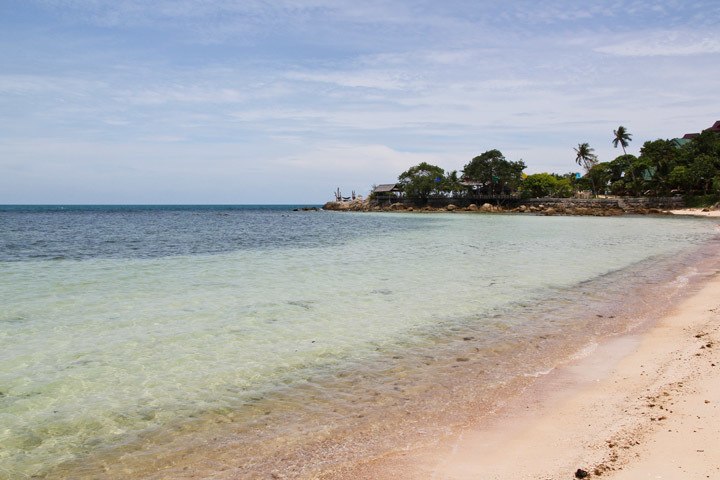 My first impression was mediocre as I spent an hour wandering the port town of Thongsala, who’s redeeming quality appeared to be free exercise equipment overlooking the pier. Thankfully Kat soon arrived on the ferry from Koh Tao and we were met by our friend Blue, who was kindly hosting us. We went straight from the pier to a tree-house bar in the middle of the jungle, empty except for the eccentric Swedish owner and his sassy Thai wife. It was unlike most drinking establishments that I’ve been to considering we spent the whole time sipping on the wine that we brought in ourselves, purchasing only hand rolled sushi made by the owner’s wife. Things got a bit fuzzy after a few glasses of vino and somehow I found myself staring into a homemade alligator pit at the Swede’s new pet, named Strawberry by the wife. Koh Phangan was growing on me already.

Our jungle experience soon came to a close but the night wasn’t over. It was the night of the Half Moon Party and Kat and I had a long night of neon body paint, dancing, and fending off 18 year old gap year boys ahead of us. The Half Moon Party, unlike it’s more famous Full Moon counterpart, takes place deep in the jungle. When you arrive after dark you can only see the ominous outline of the jungle surrounding a neon rave. The party is quite pricey at 500 baht ($15USD) entry plus a taxi to get there and drinks (strangely, we were not allowed to bring our own wine to this event.)

I haven’t been to a Full Moon Party so I can’t provide much of a comparison, but I had a blast at the Half Moon. Some may find it inconvenient, but I liked the out of the way location. Being isolated in the jungle in the middle of such a crazy setting really added to the “end of the world” atmosphere. We sipped buckets and danced the night away until dawn.

I think anyone who has ever seen the sun come up while still dancing the night away will sympathize that the next morning was a bit rough. Still, it was our only full day on the island, so despite the rain and our hangovers we decided to give our rental motorbike a spin. 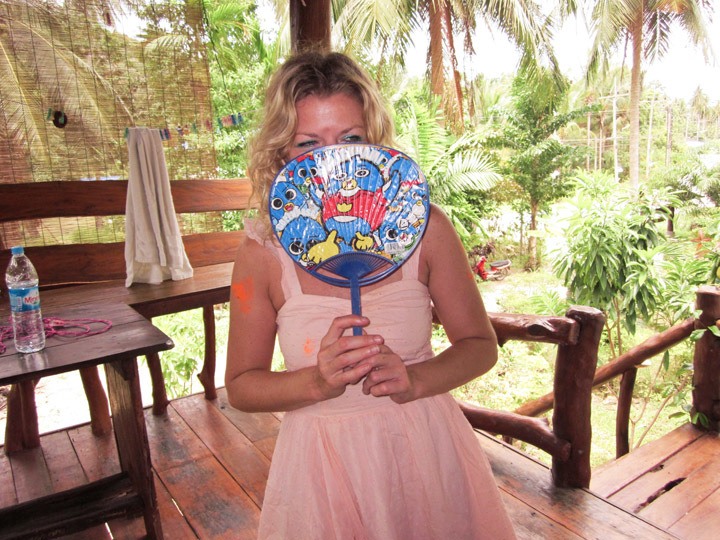 The rain meant the roads to the North-East of the island, where I had hoped to go, were impassable. So instead we drove down the East coast and along the South all the way to Haad Rin. Well, we tried to drive along the East coast but our muddled brains never found the turnoff and we ended up driving through the interior instead, constantly remarking that we were seeing very little ocean for what is considered a “coastal road.” But whatever. We found elephants. 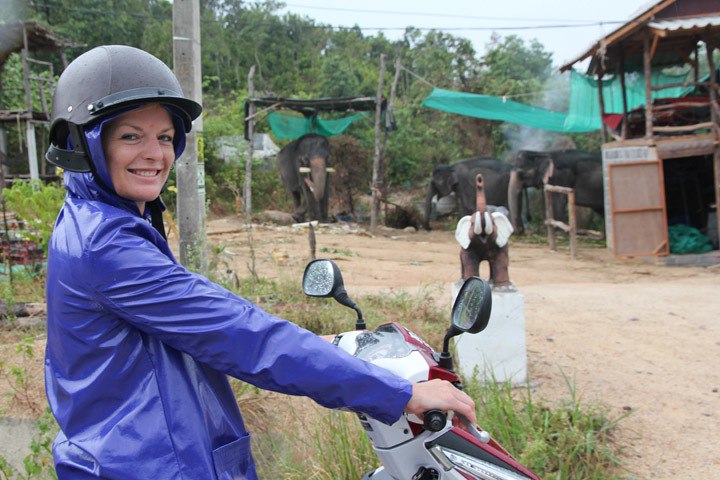 And cows. And a whole assortment of animals, actually. It was practically a safari. 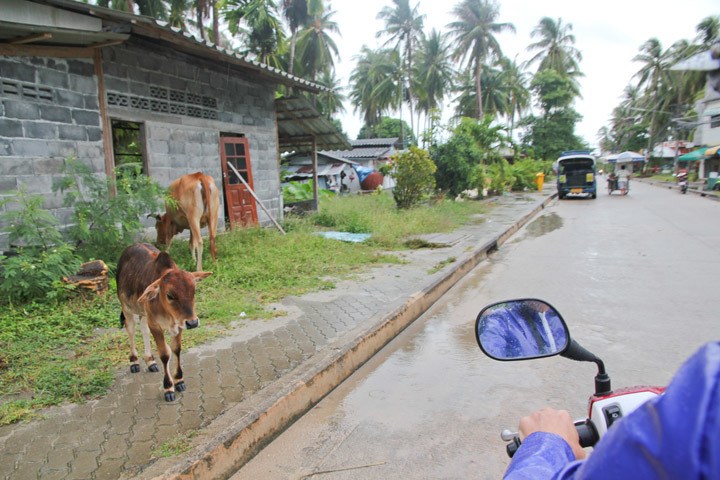 It was nice to get a feel for the size and different areas of the island, but we were in no condition to appreciate much, and the weather wasn’t cooperating anyway. We grabbed a massage and food and fell asleep 5 minutes into a movie. Half Moon party recovery complete.

The next morning, the sun was shining and we were sober enough to locate the mystery coastal road. And what a beautiful drive it was! We dipped along the coast, stopping at beaches and marveling at the clear water and protected beaches. 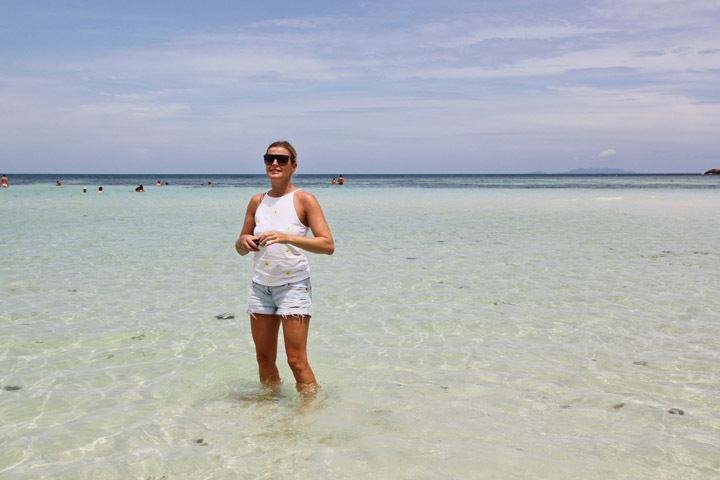 Along the way we passed countless yoga retreats and sleepy beach resorts. Outside Full-Moon-Party-hub Haad Rin, we found Koh Phangan to be a laid back island with a hippie vibe. Even Haad Rin wasn’t as developed as I expected, a nice surprise. 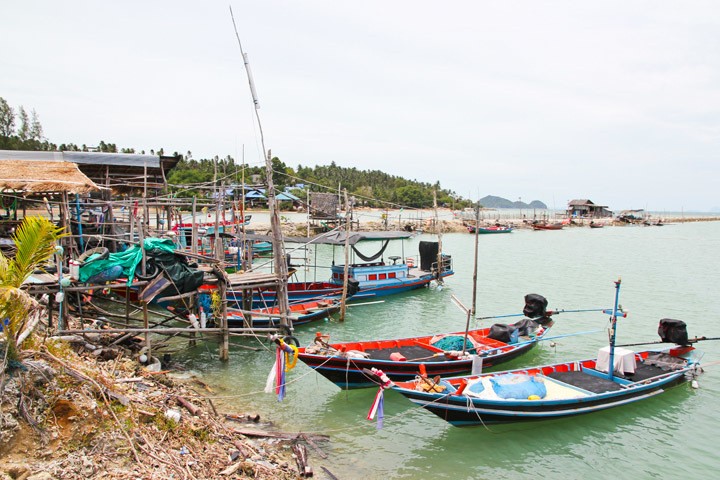 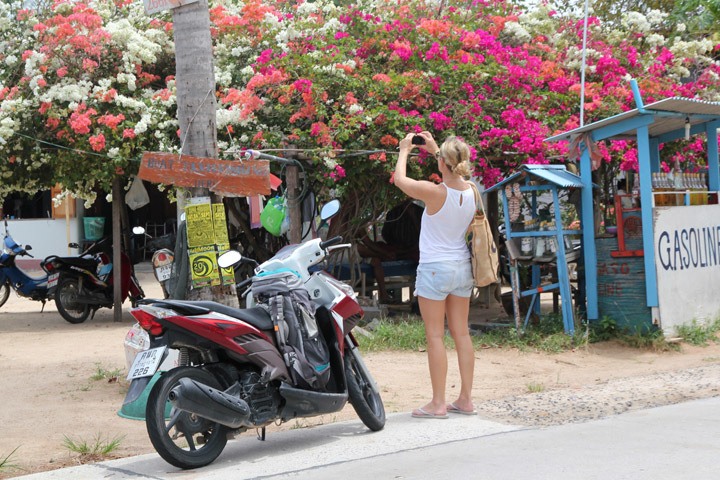 Only an hour after arriving in Phangan Kat had remarked that the island had a really nice vibe to it. (“It’s all the yogis giving off their good energy” joked Blue). After two days I couldn’t have agreed more. I can’t wait to get back and spend more time exploring this misunderstood island… and maybe even celebrate another movement of the moon. 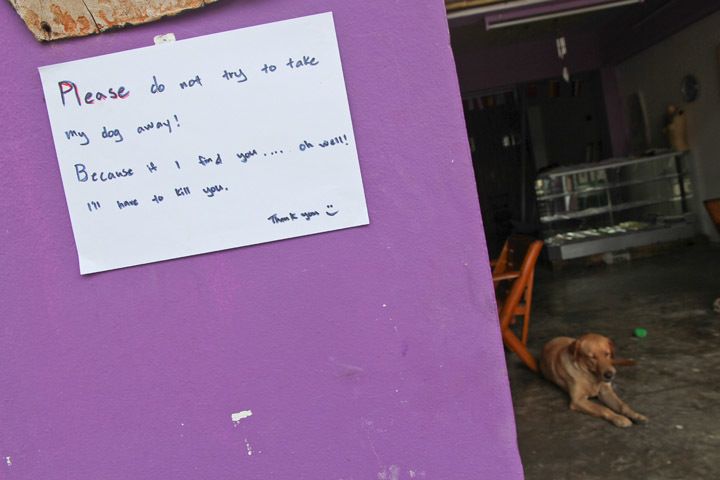 Despite having so much fun and so many adventure exploring Samui and Phangan, I was oddly excited to board the ferry back to Koh Tao. Because while I found things I loved about both other islands, I also confirmed my suspicion that I was living on the best island of all. And I couldn’t wait to get home. 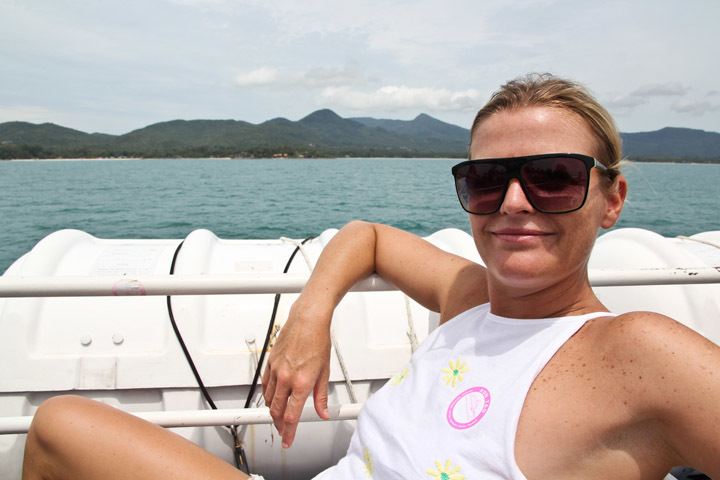 The Great Escape: Month 3 and 4 Roundup

Finding Love for Koh Samui Photo of the Week 19
7 Comments...