Cheers to That: A Review of the Drinkadvisor App

Long time readers know — I love me some nightlife. I think going out and experiencing the bars, clubs, and cocktails of a new destination can be an integral part of the travel experience. So when the team over at Drinkadvisor, the world’s number one free nightlife app, asked me to take it for a spin on a night out in Athens, Greece? I bravely responded that I would accept. For science. And the blog. Ah, the things I do for this blog. 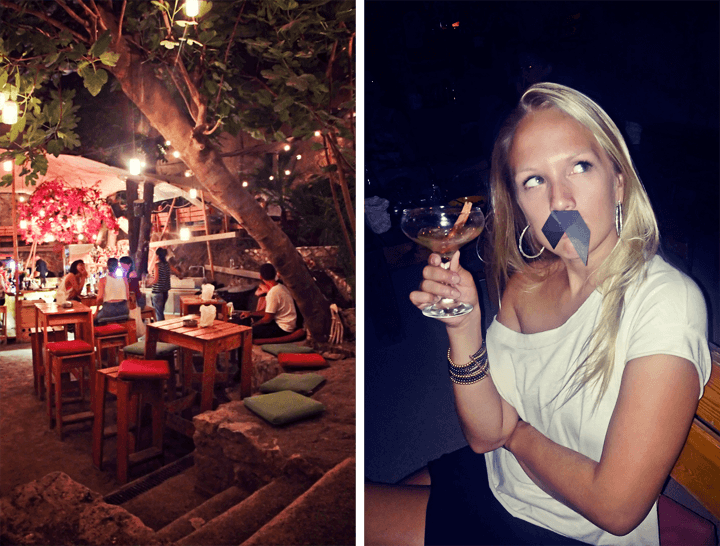 Drinkadvisor has nightlife listings for over 200 cities. From our rental apartment in the heart of Athens, I scrolled through over a dozen options available to us on a randomly chosen Tuesday night, arranged by proximity to where we were sitting. Tapping the names that caught my eye, I could read through a thorough listing including a brief review, a few photos, a map and address, and a user-reviewed rating.

From our various options we ended up heading to two — Six D.O.G.S, an underground garden that we literally would have walked right by had we not known it existed, and A for Athens, a beautiful rooftop lounge overlooking the Acropolis all lit up in the beautiful night. Both were fabulous finds that we never would have stumbled upon ourselves, nor found in my out-of-date guidebook. 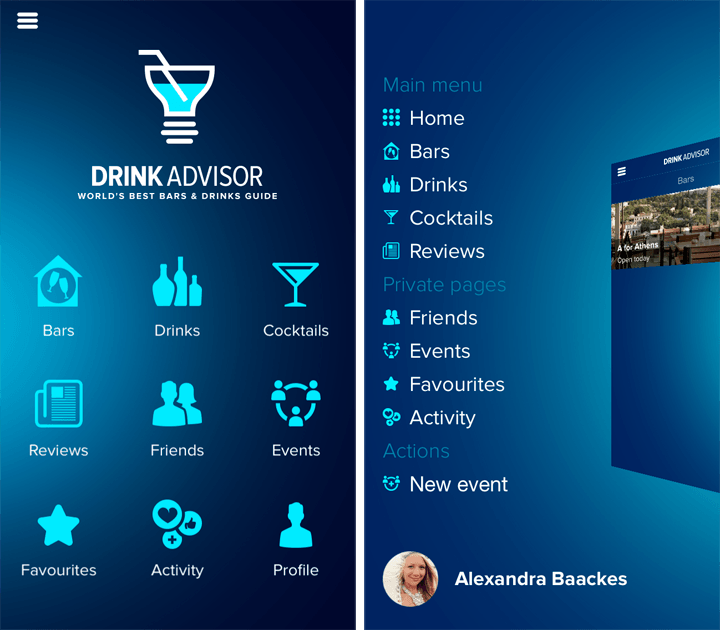 Another feature that could come in handy are the cocktail listings. If you’ve ever been embarrassed to ask the bartender at a swank spot what the heck is exactly in a Pimm’s Cup anyway, a few discreet taps will tell you you’re about to get your gin on. Other features include up-to-date nightlife news under the Review section, and facts and information about your favorite types of liquors under the Drinks section.

A handy feature for international travelers who might not have data in their phones is that you can store information for offline use under Favourites. One thing that could make this feature even handier? Integrating the favorites section with the smartphone’s offline map capabilities, so you could see how close you are to your bar of choice even away from wifi.

Drinkadvisor has a sleek and modern interface and intuitive navigation. It’s clear they invested some cash in a great designer — and that makes it easy to trust them when they label a bar as stylish! It’s the little things in life that make me smile, and Drinkadvisor has what might just be my favorite app logo of all time.

Drinkadvisor is totally free — if only my bar tabs were so cheap! 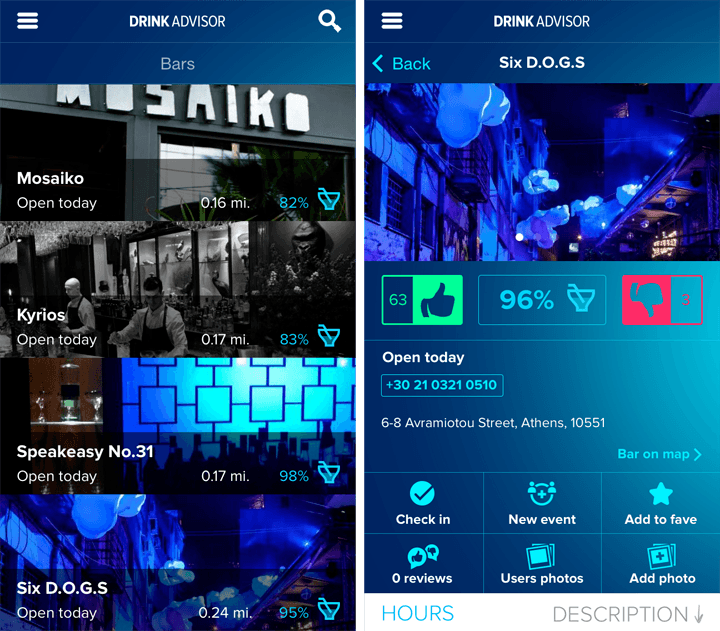 We ran into one major snafu on our night of research. Because we were traveling internationally and don’t have data on our phones, my research assistant Heather and I took screenshots of the map pages of the various bars we wanted to visit. Due to a bug that I reported to the developers and that they are currently in the process of fixing, three different bars we tried to visit were not labeled correctly on the maps, which sent us on a serious scavenger hunt.

When we were back at wifi we realized that the addresses of those bars were listed correctly — unfortunately they were just misplaced on the map, and that’s what we were trying to navigate from. So while I feel confident the developers will fix the bug (and they assured me this was the first time they’d heard of it), if you are barhopping without internet, you might want to navigate from the addresses and not the maps just to be sure.

Drinkadvisor is the perfect app for traveling partiers who want to experience the nightlife in a new city but don’t have any pulse on what’s available nearby. And even in your own city or one you are a regular around, it’s nice to be nudged to try something new. While the bug we encountered was a bummer I still love the concept of this app and will absolutely be checking out what kind of new watering holes are around in my future travels.

I mean, how could I not love an app that brought me to a cocktail bar with views like these? Cheers, Drinkadvisor!

Download Drinkadvisor on your Android and on your iPhone. I was compensated for my time in reviewing this app.

The Washing Machine in Your Suitcase: A Review of the Scrubba Washbag

Beating The Post-Travel Blues with Skillshare

Car Rentals for Introverts: A Review of the Avis Now App