Let’s Talk: How Much is Too Much Drinking on The Road?

Back in January, I addressed some interesting and controversial feedback I received from my reader survey. I loved the discussion that ensued, and hashing out a complicated topic with you guys in the comments. Let’s do it again, shall we? 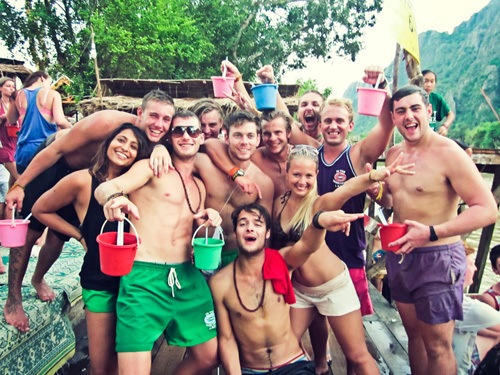 In an open-answer question that asked what readers liked about Alex in Wanderland, an intriguing thread emerged. Some responded that they love that I feature party scenes around the world, that I show a realistic representation of having fun in my early 20s, and that, I quote, “you feel like a friend sharing travel tales and not someone telling a sanitized travel story to their grandma.” Though actually, my grandma does read this blog — hey gram! — I happily accept those kudos.

Yet I also received a few comments from people who feel the opposite — readers who think that I write too much about this side of traveling, and even expressed concern for me. As part of a family that knows too much about the dark side of addiction, I was touched by that concern, even if I believe it is misplaced. 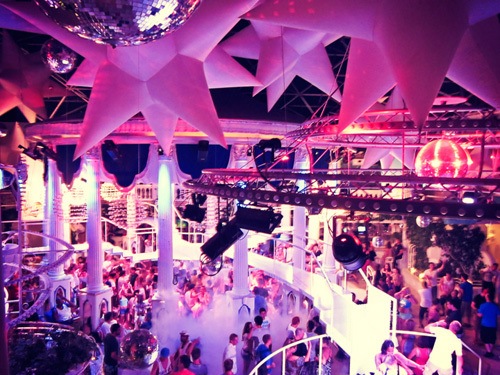 Do I party too much? It depends on what lens you look through. When I discussed this with a few of my travel friends, they summed it up better than I could. “Anyone who thinks you party too much has clearly never been a part of the expat community in Southeast Asia,” said one diving pal who reckons I lean more to the responsible and boring side of the scale. It is impossible to explain to someone who has never experienced it what a big part of the backpacking experience alcohol-based socializing is. That’s not to say that you can’t avoid it — there are plenty of non-drinking travel bloggers out there to prove it — but for me and for countless others, it is a part of the package.

Of course the acceptable threshold of partying varies not only by person, but also by destination. A weekend in Vegas is going to be far more debaucherous than a getaway to Martha’s Vineyard. In South America, I was drinking and partying significantly less than I did in Southeast Asia. It’s true, Southeast Asia definitely brings out the partier in me — it’s the place on earth where I feel most alive, and perhaps that makes me feel like it’s totally no problem to go out dancing until five in the morning and then plan a full day of blogging, yoga, and brunch on the beach the next day. But overall, I would say that when in “travel mode,” many people drink more heavily than they ever do at home. If I had checked in at my local bar every single day in the past week and stayed out drinking past midnight for half of those here in Albany, my mom would be holding an intervention right now. In Koh Tao, it would just be Thursday. 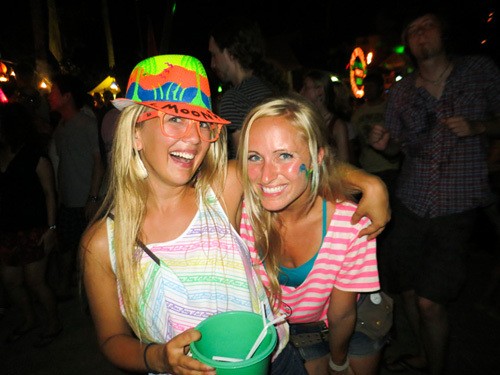 Partying at the Full Moon Party in Thailand

And is there anything wrong with that? That is not a hypothetical question — it’s one I’m interested to hear your opinions on.

On one hand, I can understand having a frustration with roaming ravers. I’ve met my fair share of travelers who arrived in Thailand and woke up drunk on the beach five days/years later. They’ve never set foot in a temple, visited a local market, or made an attempt to understand the country’s complex culture in between their binges. And then there are those who are disrespectful to the locals or the land in their pursuit of a good time. Try as I might not to judge, I can understand rolling ones eyes or shaking ones head at those travelers. Mostly, though, I just feel bad for those who don’t see the destination beyond the drinking — they don’t realize that what they are mistaking for the whole pie is just a tiny slice of what is out there to be enjoyed. 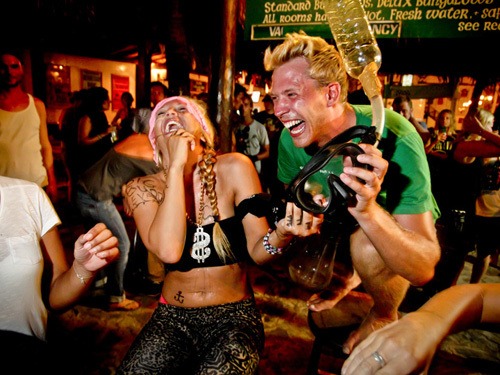 Passing my Snorkel Test in Indonesia

On the other hand… The Full Moon Party, Sunjam, weekends in Vegas, tubing in Vang Vieng, at least three nights out of every week I ever spent on Koh Tao, parts of Burning Man — those are memories undeniably intertwined with the wild partying I did as part of the experience. And they were all fantastic. Now, I’m grateful that my travels are rich and diverse, and those escapades were interspersed with hiking trips, cultural explorations, and quiet periods of work and relaxation. But they were just as real, and just as much a part of the fabric of my travels, as anything else I do.

While I think this is a topic that is interesting to philosophize about in public, in reality the answer is a personal one. I know that I have a genetic disposition towards addiction, and so occasionally I ask myself — Am I healthy, mentally and physically? Is this interfering with my passions or my relationships? Am I having fun, or am I escaping? And I’m satisfied with my answers to those questions.

As for the amount of partying that appears on Alex in Wanderland, I realize I’ll never please everyone. But I enjoy taking part in this aspect of travel from time to time, and I’ll continue writing about it for as long as that’s true — I mean, I’m going to Tomorrowland this summer, y’all!

Let’s hear it — what do you guys think? Do you drink more when you travel than when you’re at home? Do you think it’s acceptable to do so? I can’t wait to read your comments.

Romance on the Road

From Eyerolls to Armstands: How Yoga Won Me Over