Like any of the world’s great cities, Istanbul has more to do than there are hours in the day. Unless you have the luxury of a super long visit or the willpower to forgo sleep, you’ll never see it all. Here are eight must-dos that should top your list of Istanbul attractions.

1. Shop Till You Drop at the Infamous Bazaars

Regardless of whether or not you were first in line to see the movie adaptation of Confessions of a Shopaholic, you can’t leave Istanbul without wandering through the world-famous bazaars. The Grand Bazaar ranks among the largest and oldest covered markets in history, and vendors hawk everything from hand carved chess sets to fake Gucci bags. It’s so big it even has its own street names! Visit early in the day to avoid the hard sell from salespeople eager to up their numbers for the day. 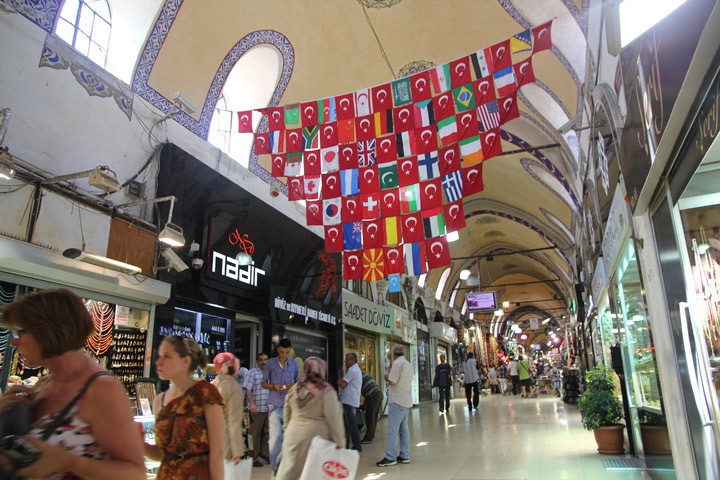 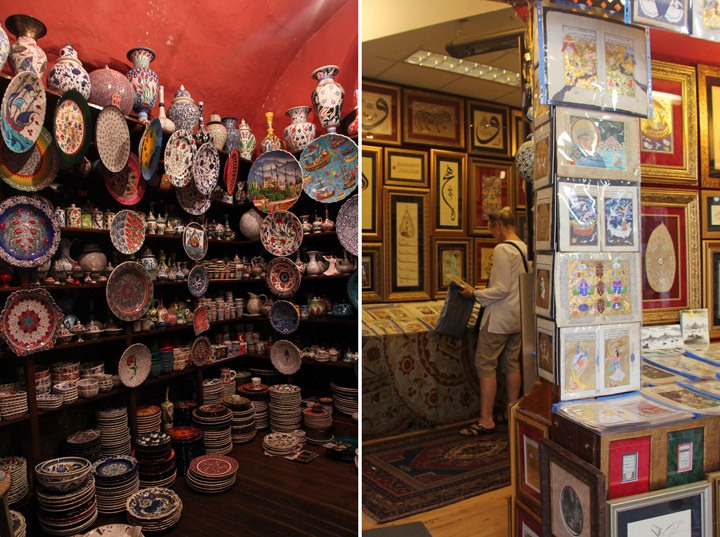 The Spice Market, while much smaller, is no less overwhelming. In this case, that overpowering sensation comes from the thousands of herbs, spices and other delicacies on offer. Don’t be surprised if eager stall owners offer free Turkish delight samples to try to lure you into a sale. 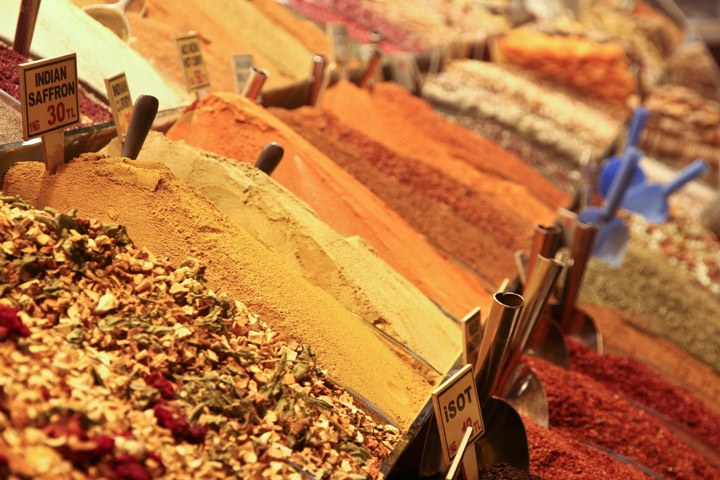 2. Hop Continents on the Bosphorus

As I wrote about before, my sunset Bosphorus cruise was one of the most interesting cultural experiences I’ve ever had. Even if you choose a more popular-with-tourists day cruise, the novelty of changing your Facebook status from: “I’m in Asia!” to  “Now I’m in Europe!” to “Now I’m in Asia” etc. should be worth the admission fee alone. 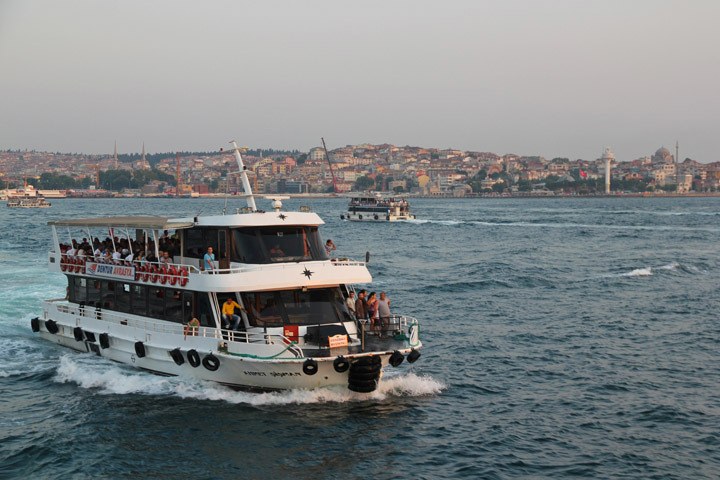 3. Get Scrubbed Raw at a Turkish Hamam

Considering the availability of wonderful massages is one of my top reasons for living in Thailand, it should come as no surprise that having a Turkish bath was one of my favorite Istanbul experiences. You enter a large, beautiful sauna and relax in a hot tub before being soaped and scrubbed by an attendant who finds dirt you didn’t know you had.  You then go on to have a massage before relaxing with tea in the lovely luxury version of a locker room. The whole thing can take hours. It’s such a unique experience, and you can see why women’s social lives revolved around the baths for hundreds of years. Modesty lovers beware, though. In the words of my friend Elana: “Warning: you will be naked.”

Unfortunately I don’t have any photos of this, as apparently it’s rude to get your camera out when people are in the buff. Plus, you know, steam is bad for cameras.

4. Breathe in History at the Aya Sofia

One of Istanbul’s most iconic landmarks, the Aya Sofia has served many roles since it’s dedication in the year 360. It was built as a Christian cathedral before being converted to a mosque and now presently serves as a museum. The Muslim and Christian artwork and architecture competing for attention in one grand structure are a fascinating and symbolic sight. 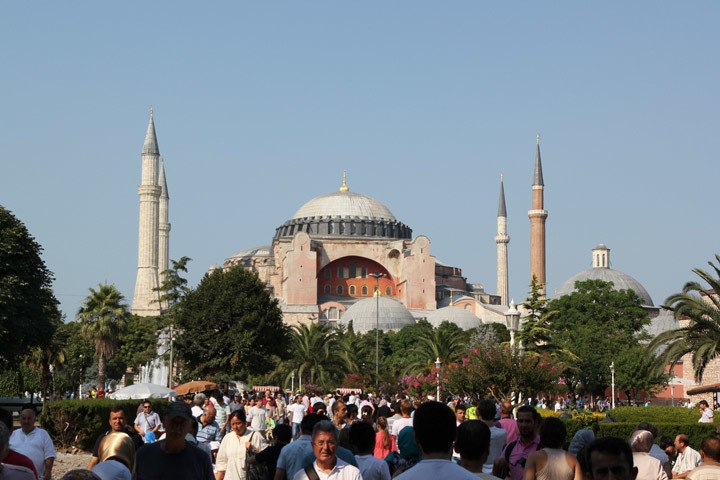 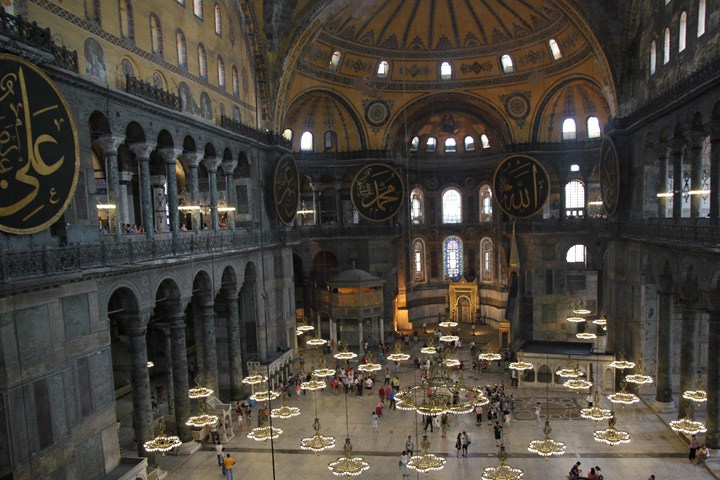 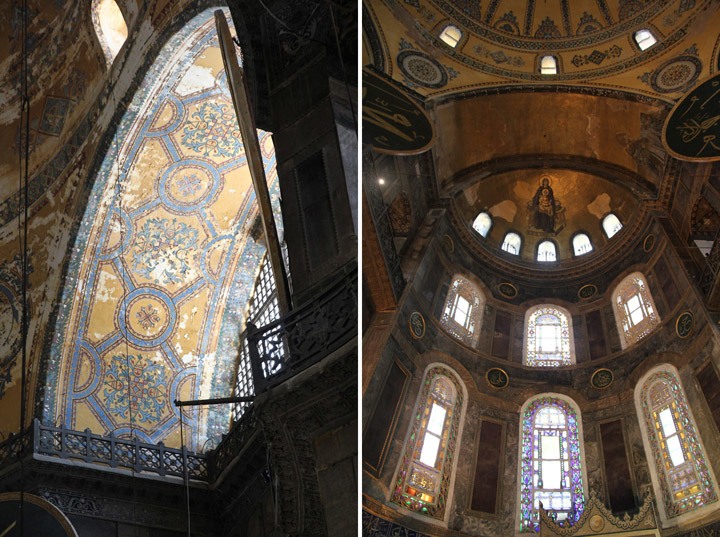 I had never heard of Topkapi Palace before this trip, but was totally swept away by it. The grounds and structures are amazingly well-preserved and it’s easy to picture the rulers of the Ottoman empire sauntering through the beautifully tiled walkways. The harem, or private residence of the sultan, requires as an extra entrance fee but is the highlight of the complex as it is far less crowded and offers a glimpse into the private lives of the one time rulers of the universe. 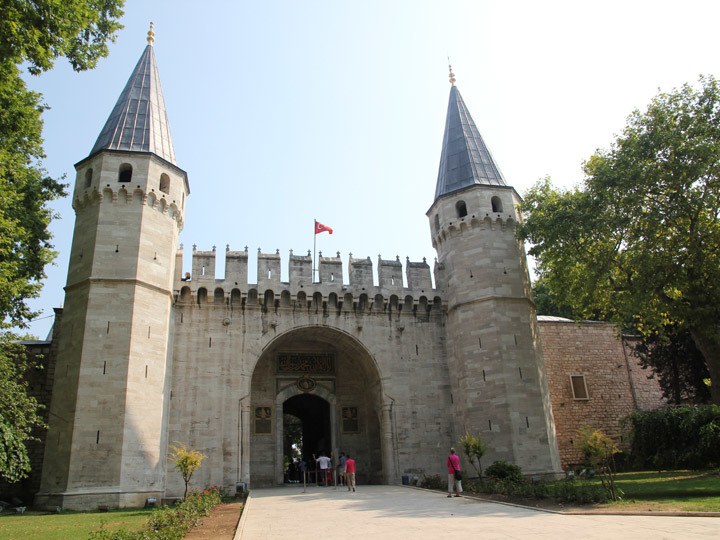 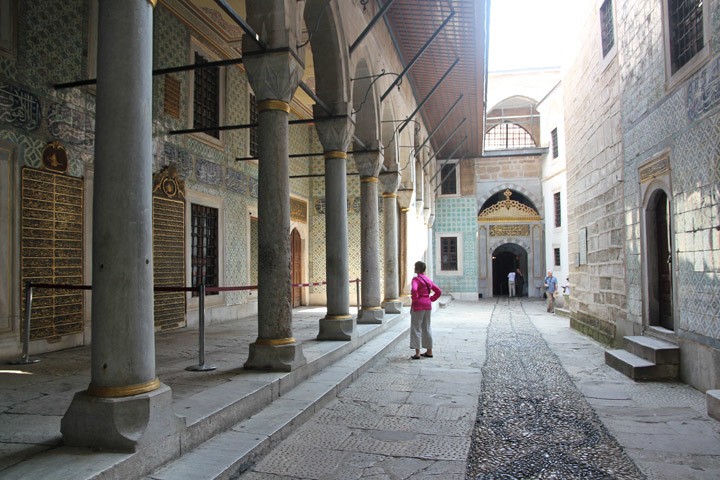 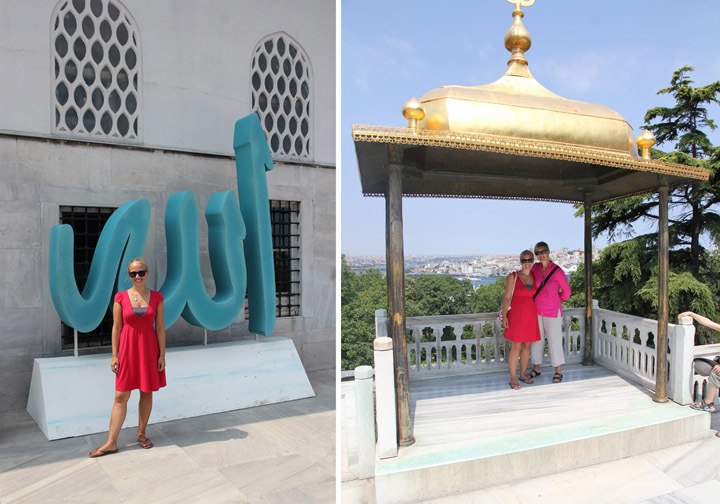 6. Cool off in the Basilica Cistern

The Basilica Cistern is a quick, inexpensive and refreshingly cool stop between major tourist draws in Sultanahmet. Walking through the vast underground attraction you will feel drop of water dropping on your head and see fish swimming below your feet.

Local lore states that the cistern was “lost” for years before an astute city planner responded to hushed stories from local residents that they could get fresh water-and sometimes fish!- by digging up their basement floors. 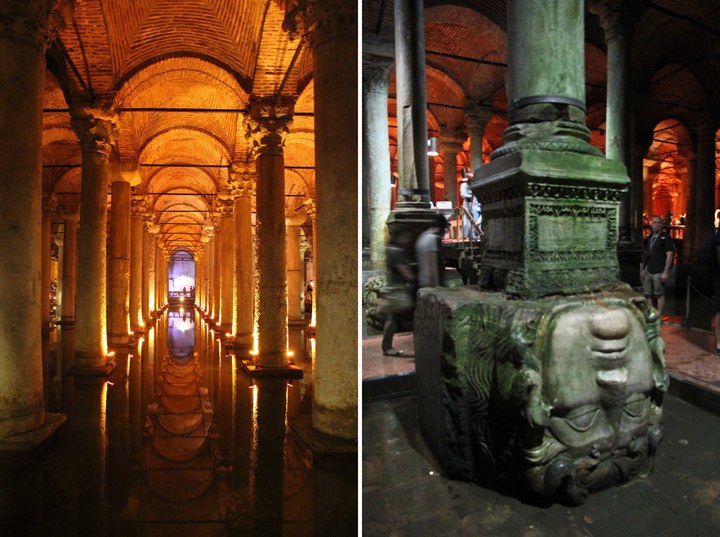 7. Explore the Many Mosques

The unmistakable domes dot the skyline. The haunting calls to prayer fill the air. It’s undeniable that the mosques of Istanbul are one of the features that define the city for any traveler.

We visited three mosques during our time in Istanbul. The Blue Mosque is the most famous, the most touristy, and the most unimpressive from the inside. The outside view, however, deserves all the attention it gets. 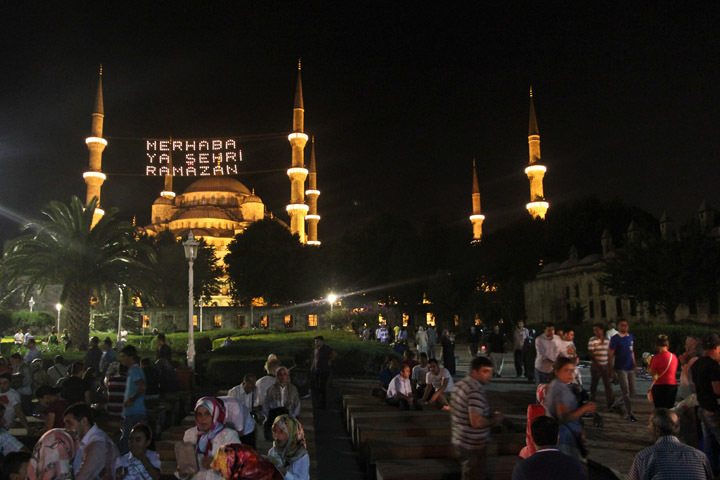 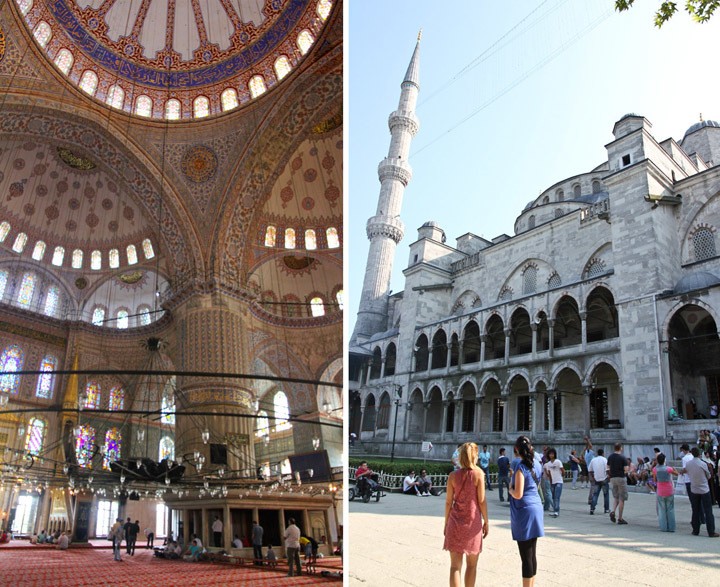 The Süleymaniye Mosque, which we visited spontaneously when we passed by it, was my favorite. The candy colored stripes and bright interior earned this location a spot as my Photo of the Week. 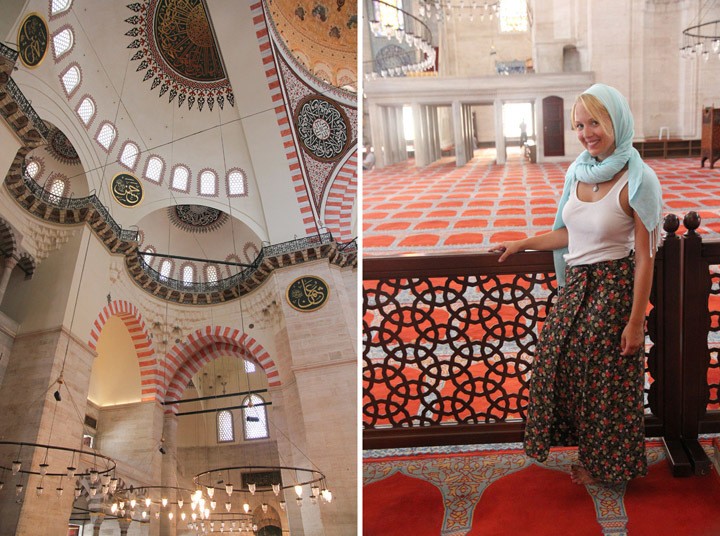 Our final mosque visit brought us to the Asian side of Istanbul in order to view the country’s first female designed mosque. Locals were puzzled by our determination to find the “strange and ugly” Sakirin Mosque and expressed a dislike for its very modern look. When we were finally able to find it, we were blown away by the beautiful interior and feminine touches. Still, based on the mood inside it was the most conservative mosque we visited and had no other tourists, so I didn’t feel comfortable whipping out my camera inside. You can see some photos here (website in Turkish). I highly encourage a visit. 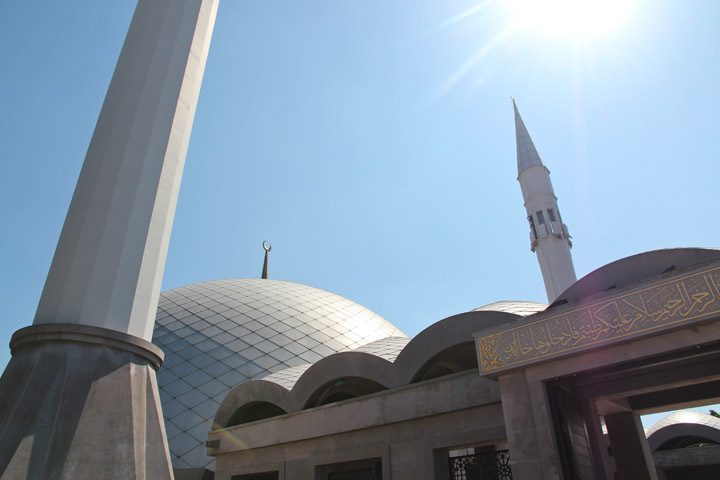 As an alternative to cheesy belly dancing shows offered at travel agencies around Sultanahment, observe a ceremony of the whirling dervishes. They are members of a sect of Sufism, a mystical dimension of Islam founded in present day Turkey. They whirl as a form of prayer, in order to connect with their God. The ceremony is small and intimate. Use your camera sparingly and remember it is privilege to observe someone’s religious practice. 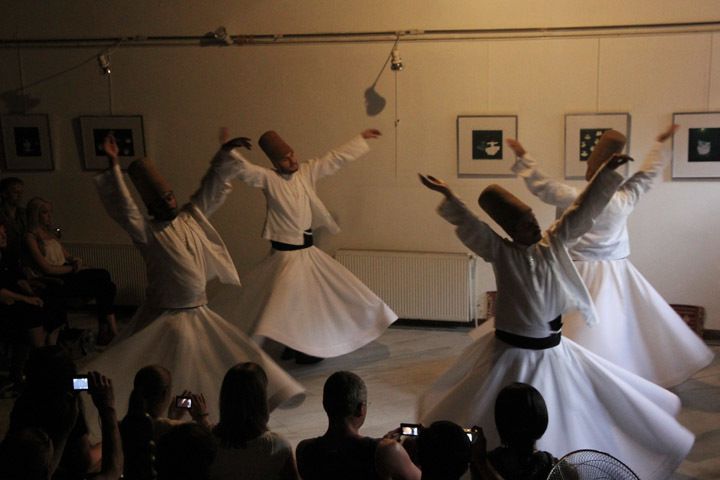 I have so, so much to say about Istanbul. I could blog about it for weeks. But as astute reader have noticed, I am tragically behind in blogging. And if I ever want to catch up, I’ve had  to cut my coverage short, with the promise that someday I am going to go back and write about these places with the depth they deserve.

And with that… we are on to Thailand!

To see the rest of my Istanbul photos (and you really should), see my Flickr set here!

Getting Witty in Istanbul

Istanbul By Bus and Boat Returning to Asia
21 Comments...