Oh Chiang Mai. I always claim not to be a fan yet I seem to find myself here once a year or so, and do enjoy myself every time. I can’t seem to shake my “meh”-ness about the city itself, but I can’t deny that every time I pass through I hang with some fantastic friends and do some really unique things — playing with elephants, taking a massage course, ziplining and attempting to cook Thai food all come to mind. 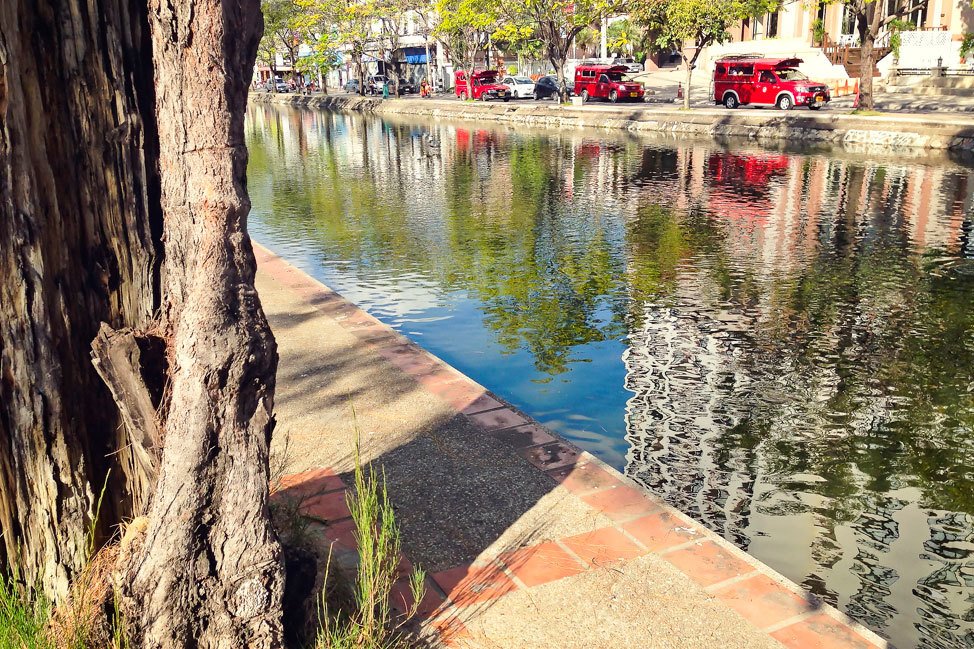 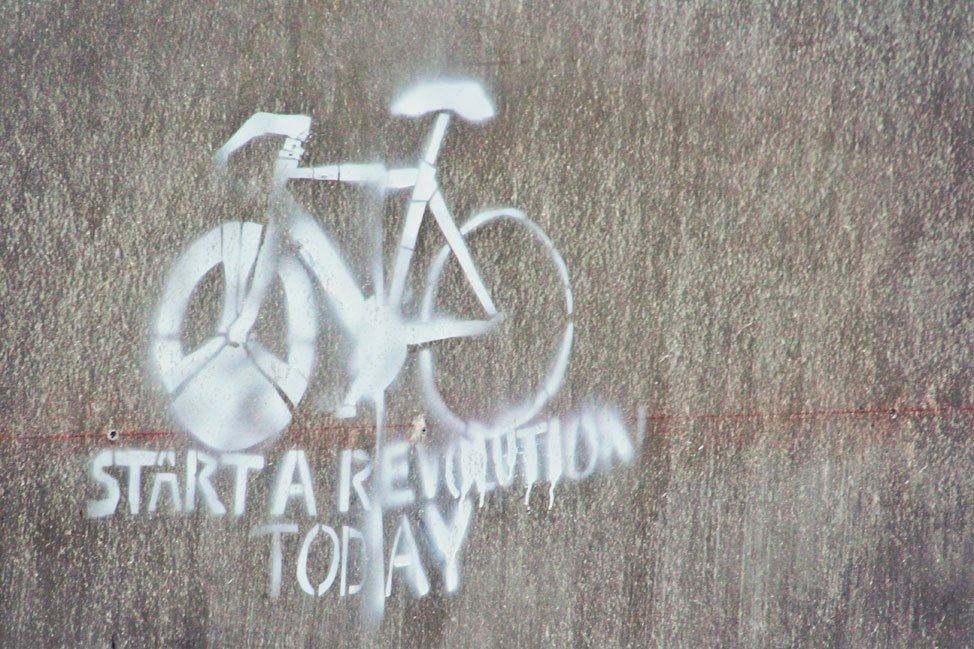 This time, Heather and I were passing through for five nights with one major primary goal — attending the local, largely secretive Yi Peng festival (post to come!). But there were a lot of bonuses to keep us busy, too, from checking out our favorite old eateries to going for runs around the four-mile moat loop to our daily foot massage pow wows to meeting up with friends from various chapters of each of our lives. (Travelers do seem to congregate here, in what I like to refer to as the Boston of Thailand. With Bangkok being the New York of Thailand, obviously.)

On our first afternoon in town I raved to Heather about the magic of Smoothie Garden, where I eat approximately 50% of my overpriced meals in Chiang Mai — the other half come from a particular street food cart that I am illogically loyal to. I was baffled and devastated when I couldn’t seem to locate the charming Smoothie Garden from memory, until I realized it had been bulldozed and replaced by its sleek and chic older sister, Fresh&Wraps. Thankfully the menu was fairly similar, and my beloved Peanut Butter Party smoothie was spared from rapture in the upgrade. The manager was delighted when I made the connection, and we quickly became regulars here again. 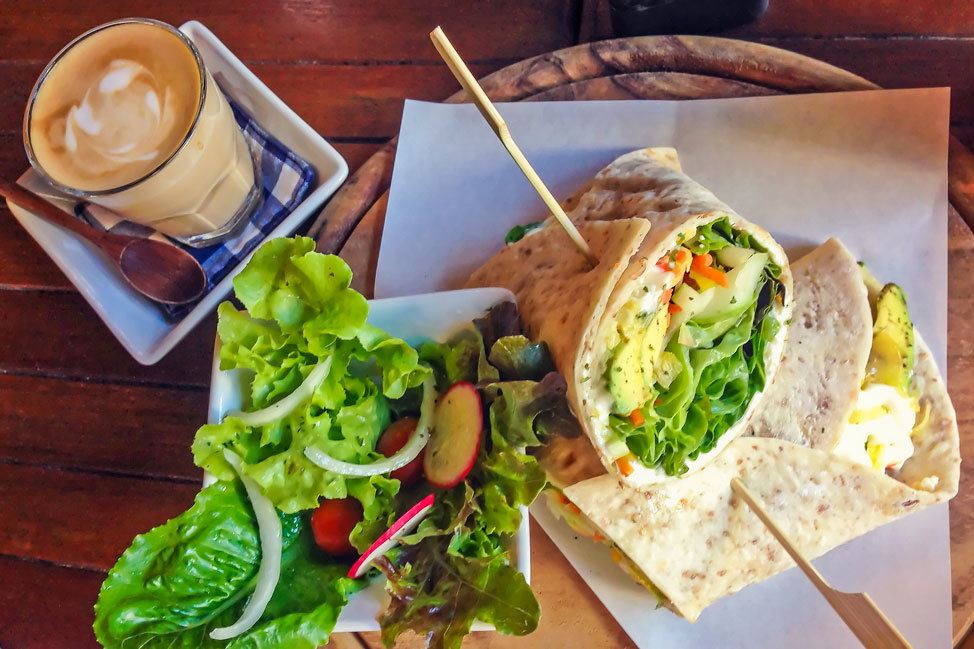 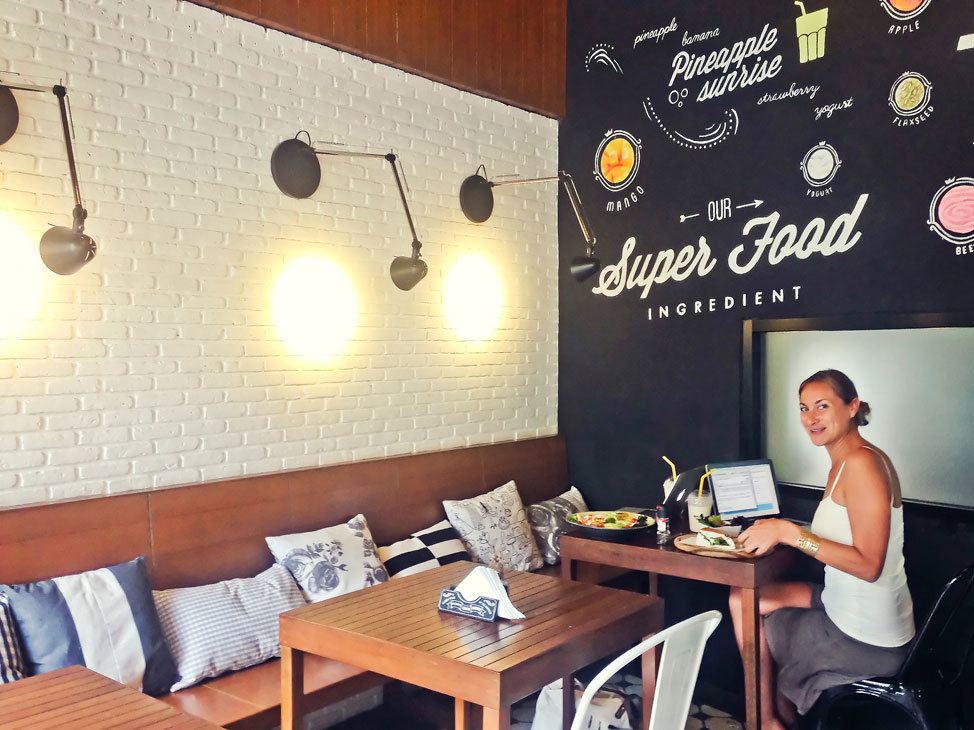 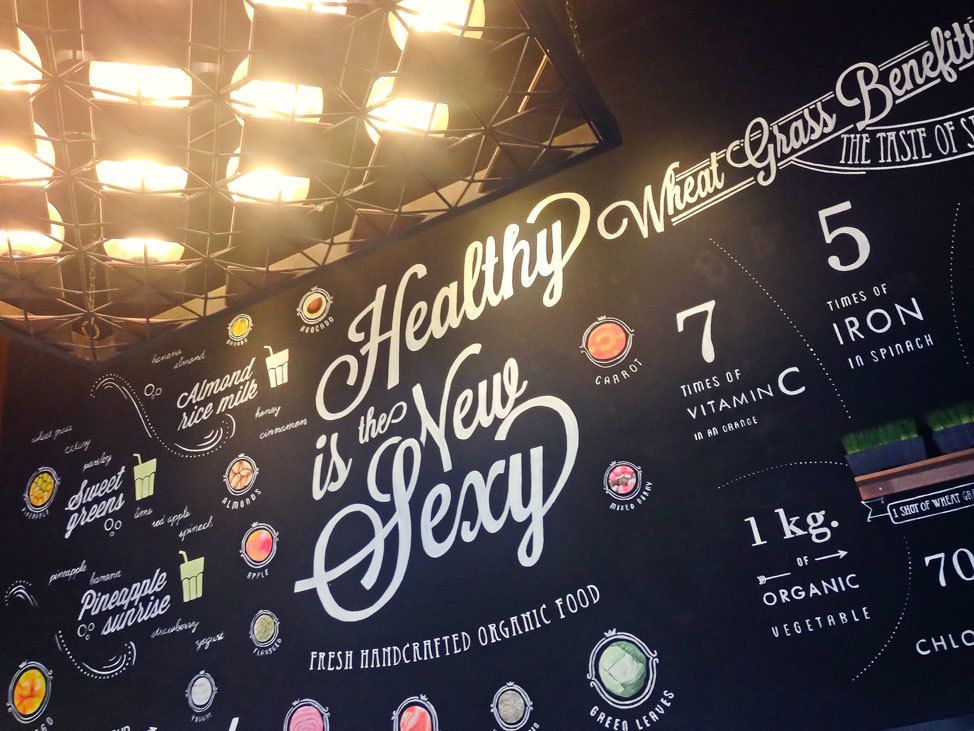 As mentioned, a big part of being in Chiang Mai was getting to meet up with old friends. One night, Heather and I connected with a fellow ex-rafting guide from her days on the Colorado River, and on a couple occasions we met up with the local blogging contingent, including Diana, Torre, Jodi, and many more.

Diana is as into her local fitness scene as I am on Koh Tao, and I was thrilled to join her for an evening of BodyPump at her local gym. BodyPump is one of my absolute favorite workouts back in the US, and I was truly tickled by taking such a familiar class in such a far flung location, taught via an enthusiastic rendition of Thainglish. 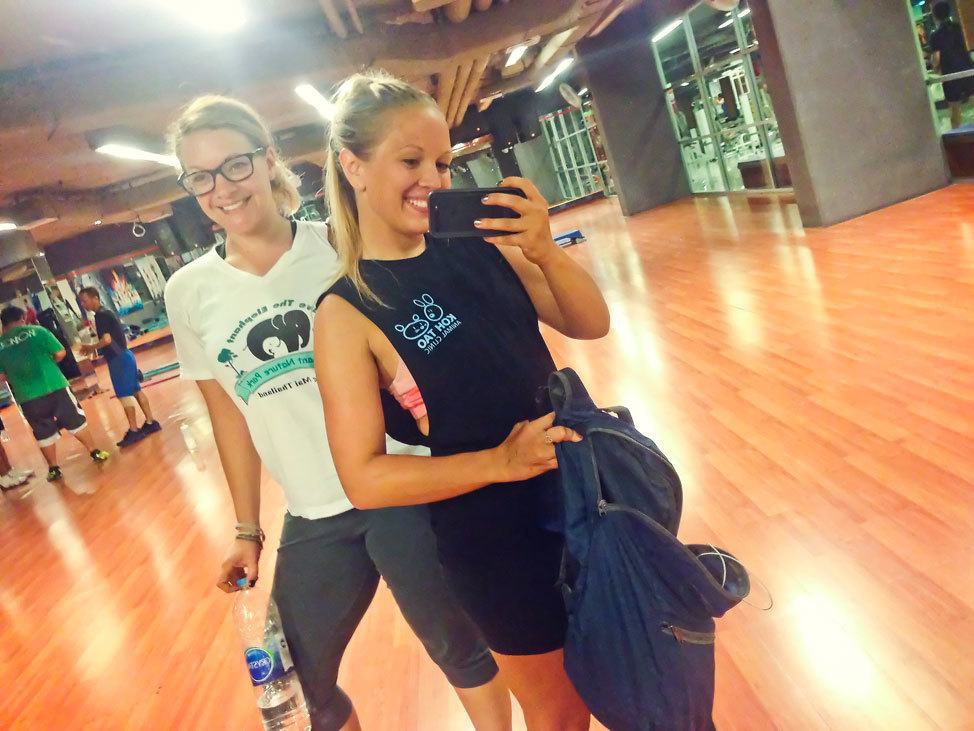 Gym selfie with our favorite Thailand animal charity t-shirts. As if that makes it okay.

Like Pai, we took it pretty easy in Chiang Mai, apart from one impromptu evening out at The North Gate Jazz Club, which I highly recommend checking out if you are in town. 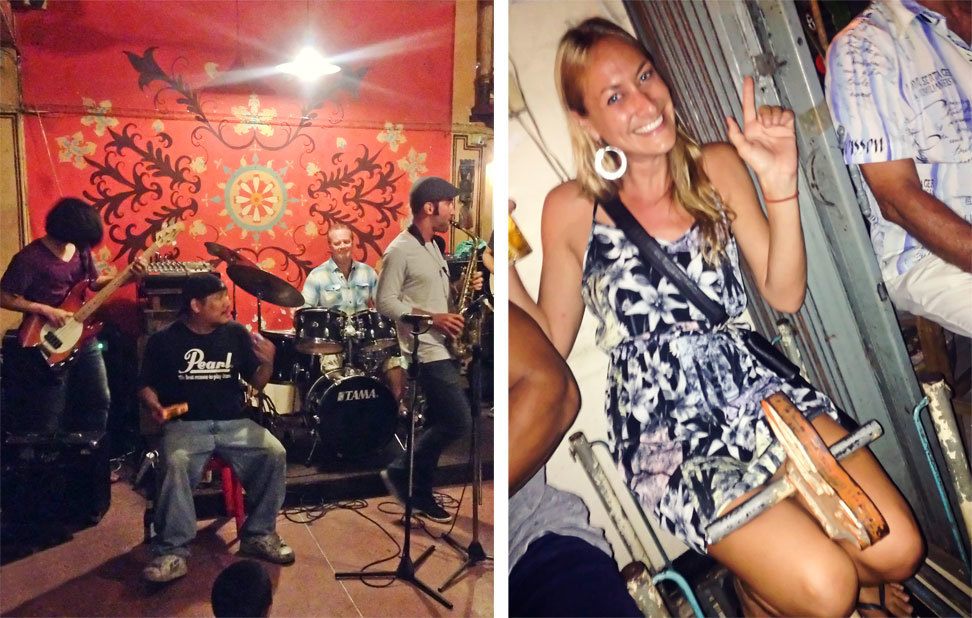 All that was good fun, and frankly, when you’ve spent as much time in Thailand as the two of us have, there’s less of an urge to take tours or sightsee and more of an impulse to just, you know, hang. But we are both creative souls at heart and wanted to take advantage of some of the artistic vibes that pulse through Chiang Mai — something that is somewhat lacking in our typical island bases of Koh Tao and Grand Cayman, respectively.

After our great WithLocals experience in Bangkok, we decided to give it another go in Chiang Mai, this time with a Creative Leather Workshop. Taught by a smiling hippie who hinted we could go out for a beer  after class? Sold! We arrived in the morning bouncing with energy and, as two people who spend way too much time looking at pixels, excited to craft something with our hands. 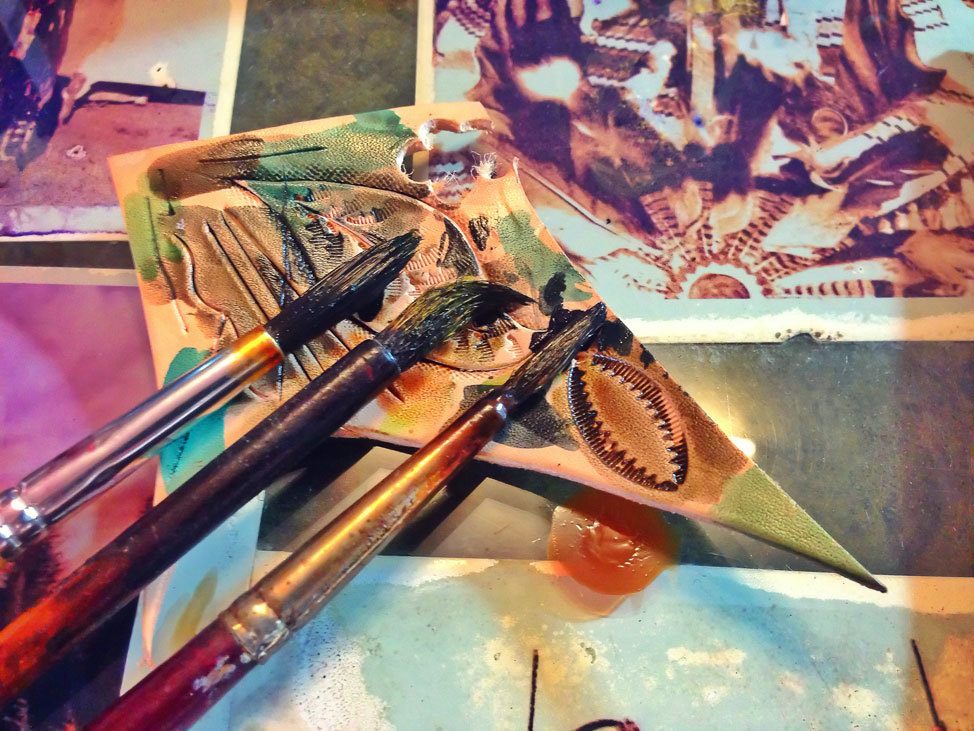 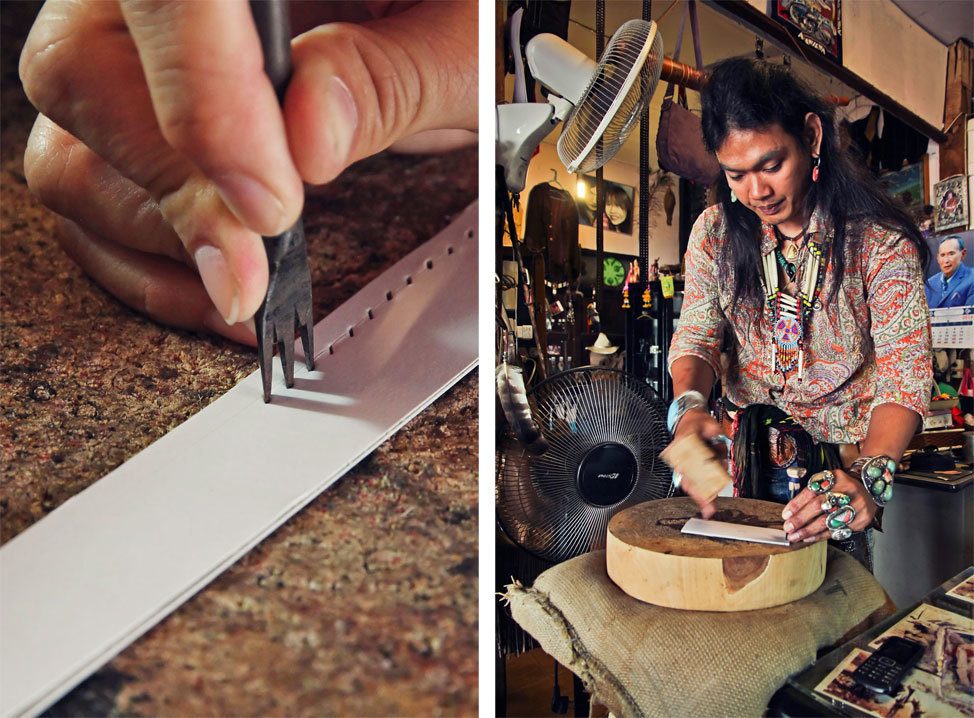 Unfortunately, I think we caught our host on an off day. As soon as we sat down I felt my enthusiasm dampen. There was no warm welcome, no introductions, no morning chat, no outline of the day, and no background on the art of leather.

In the end we made a leather cuff and a small purse each, though I’m not really exaggerating when I say we didn’t know that’s what was happening until we were holding the final products in our hands. There was a distinct lack of instruction — our host just would kind of launch into doing something, indicate we should do the same, and seem frustrated when we tried to figure out what was going on. 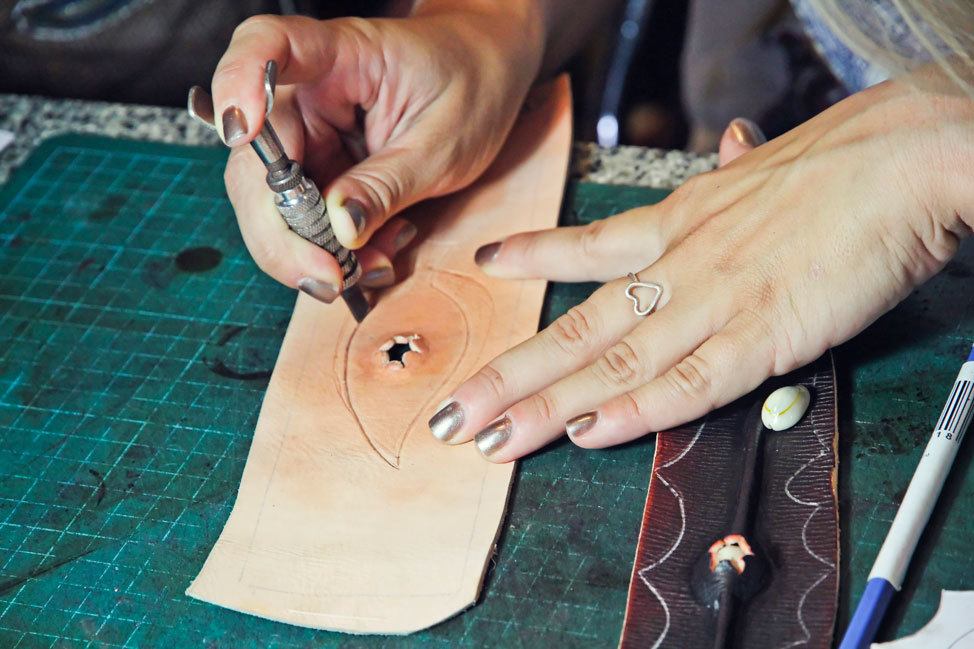 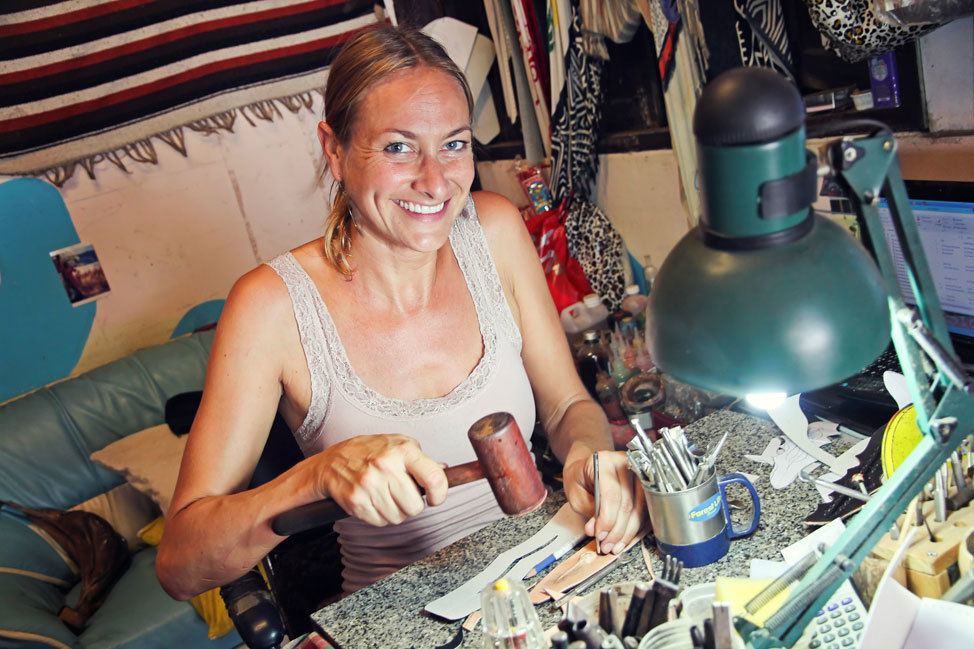 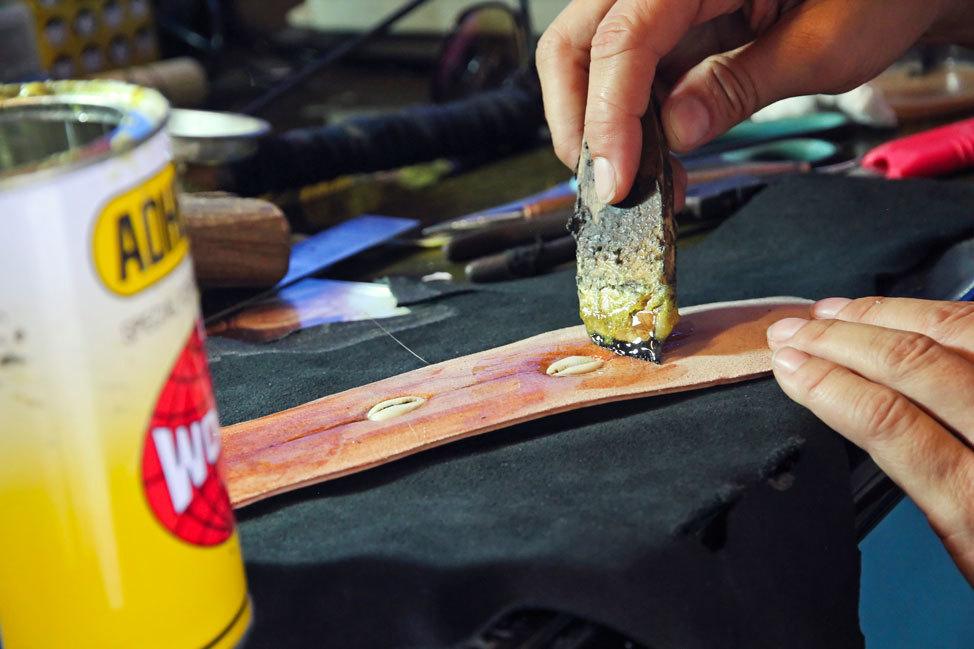 We were unclear about what materials were available — rather than laying them all out and demonstrating them so we could decide what to use, it was kind of a free-for-all, like, “oh yeah… I guess I have this stampy thing you can try too,” after we’d already gone in a different direction.

I suppose any of that could be chalked up to differences in the creative process or us having too high expectations about the level of instruction we’d receive. But coupled with the fact that our host never once smiled, never once asked us a single question about ourselves and gave really short one word answers when we tried to ask him about his life and leather work — it was not what we had hoped. 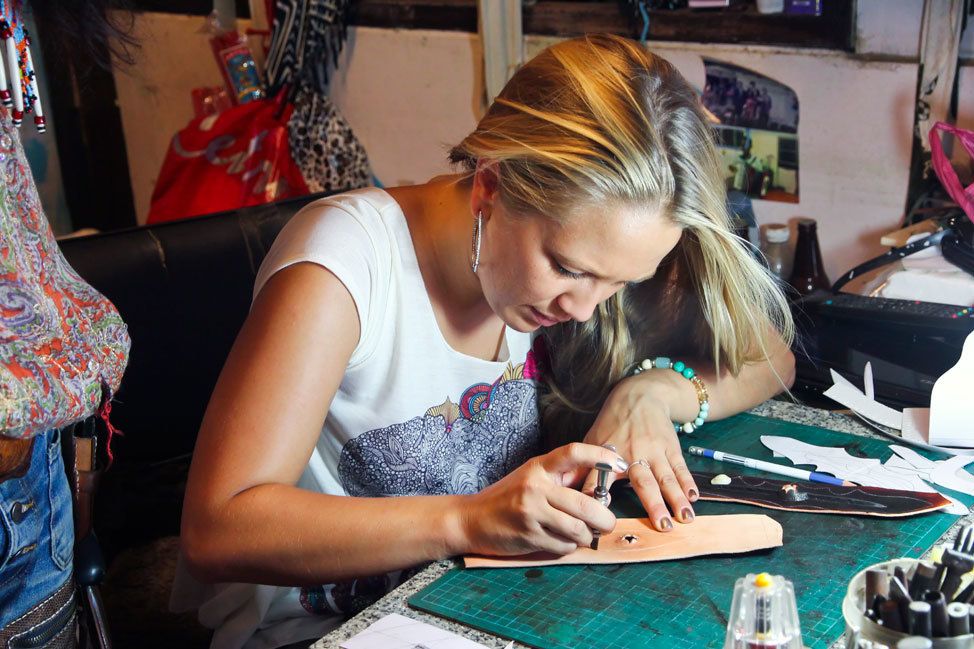 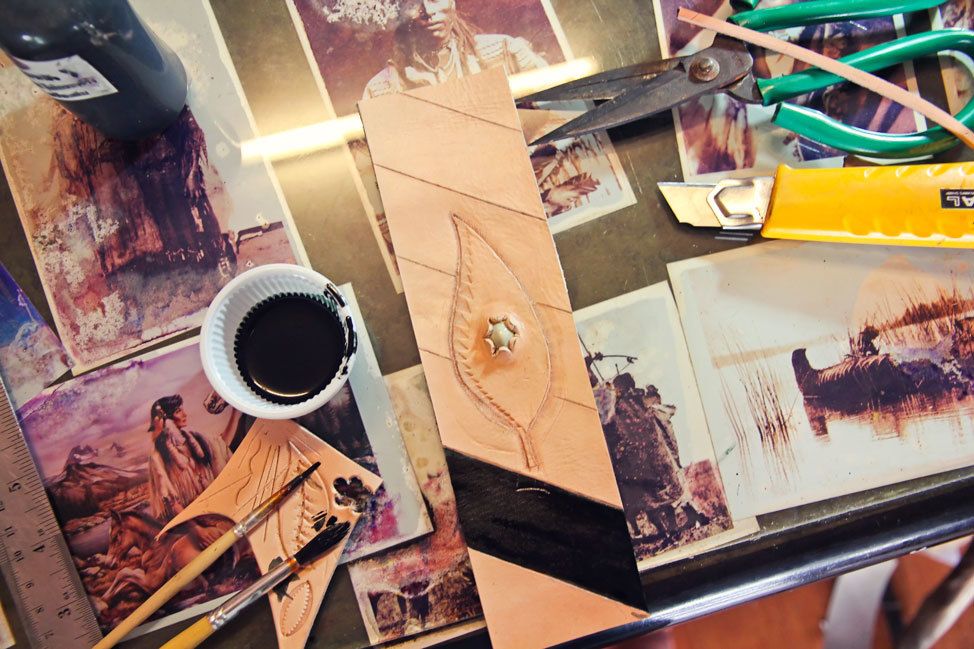 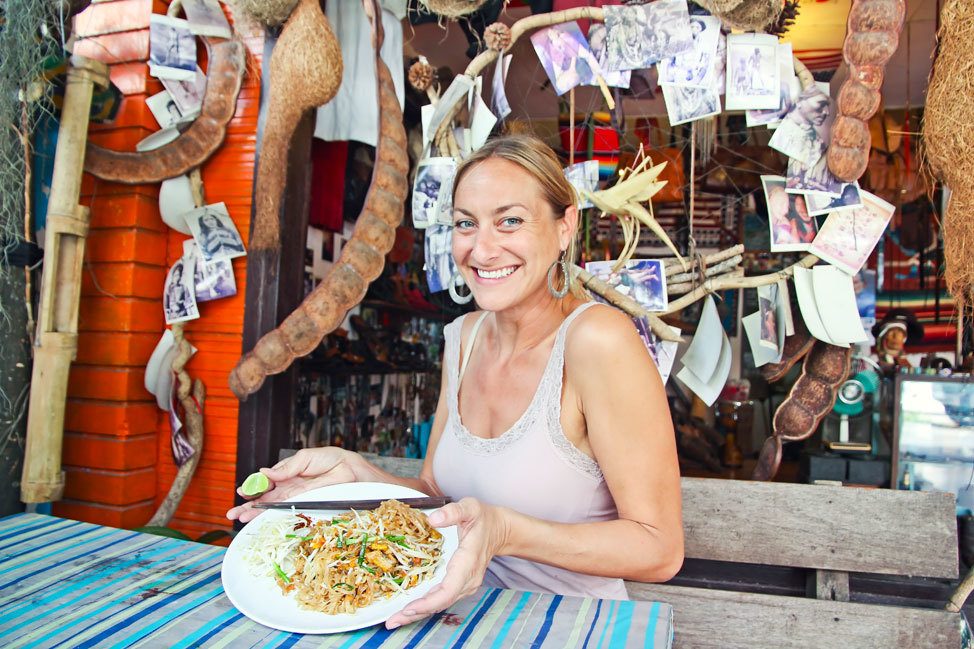 The instructor described in this post from another blogger sounds totally different from the grumpy guy we hung out with. Who knows — maybe he was hungover or distracted or just having a bad day. He and his brother seemed to confer frequently about some new accommodation they were opening outside the city, so perhaps his mind was just elsewhere. I do think the class has great potential. We were given an abundant amount of leather and access to plenty of tools, and the full day format should hypothetically allow you plenty of time to create something beautiful.

Oh well. It felt good to hold some tools in my hands, and Heather reports she does indeed use her purse every single day. It hasn’t turned me off WithLocals, either — I already have several other of their experiences on my Southeast Asia wishlist. But based on our day here, I can’t recommend this specific one. In fact, next time I’m in town I think I’ll check out WithLocal’s other leather workshop offering, for comparison’s sake. 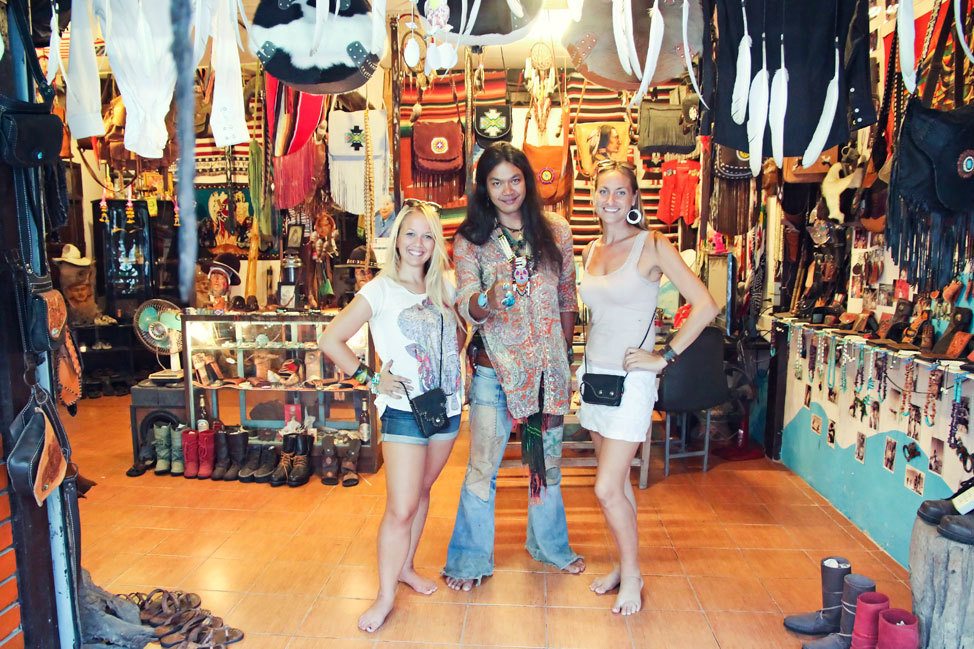 Next up, our magical experiences at Yi Peng and Doi Suthep National Park!

Many thanks to WithLocals for hosting our experience. As always, you receive my honest opinions regardless of who is footing the bill.