Actually, a lot of people. According to some statistics, Honduras is the least visited country in all of Central America. With under one million international visitors each year — and the vast majority of those heading to the Bay Islands — Honduras still retains an air of off-the-beaten-path authenticity that can be a little trickier to find in tourism powerhouses like Costa Rica. Of course, there’s a trade-off for that breathing room, mainly in the form of limited infrastructure and security issues. I’m generally fairly oblivious to safety statistics, so I was surprised by the number of my fellow backpackers who told me they were skipping over Honduras due to crime concerns. “Don’t you know they have one of the highest murder rates in the world?,” one dorm mate in Antigua asked me. “Um, actually I did not,” I said, replied, while scratching my head with one hand and discreetly beginning to google on my iPhone with the other.

Yet there was nary a whiff of trouble in the charming Copan Valley. 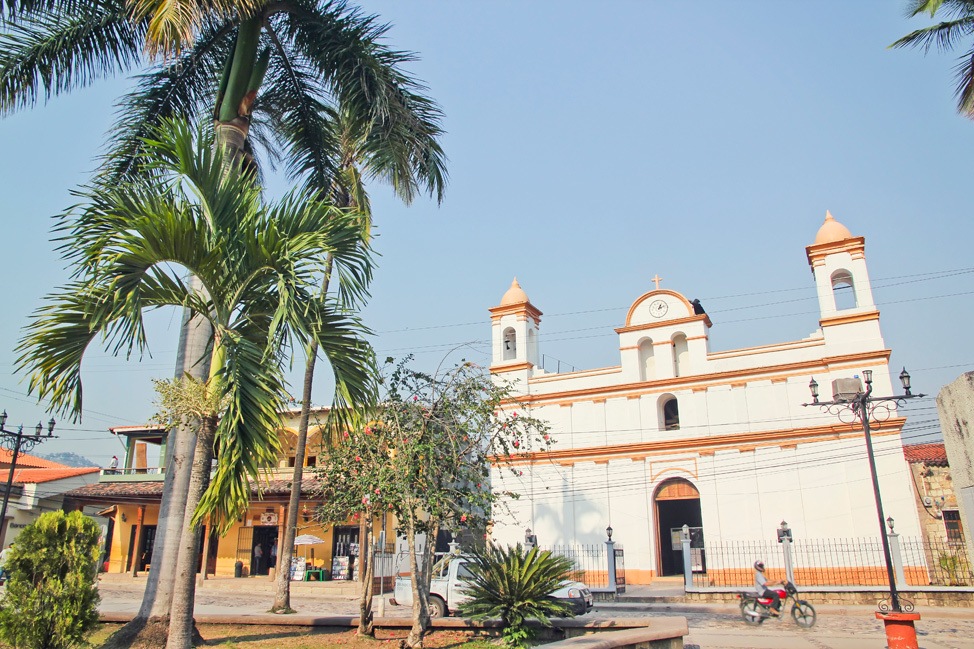 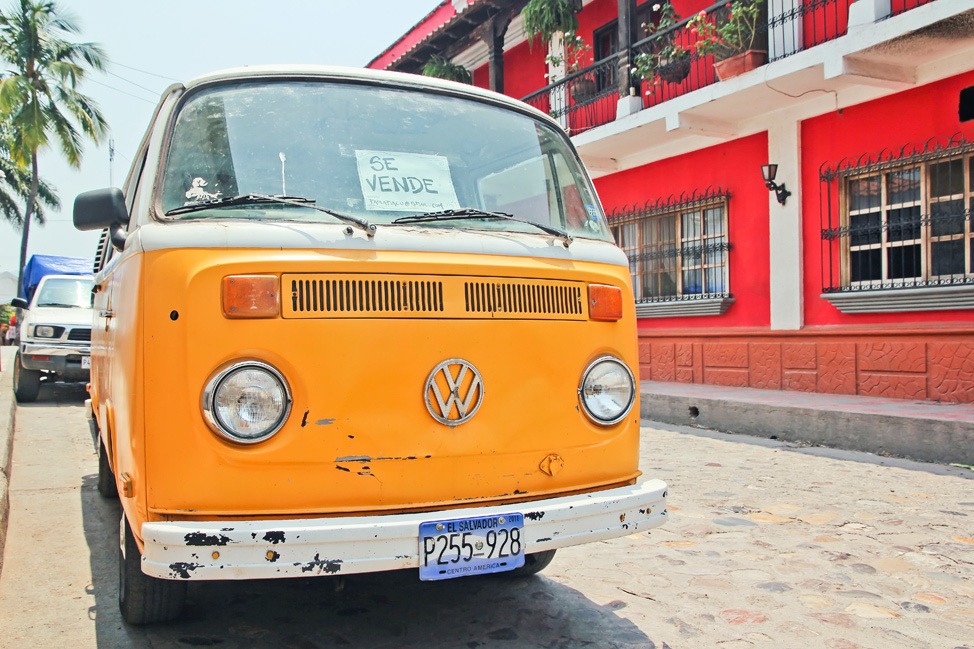 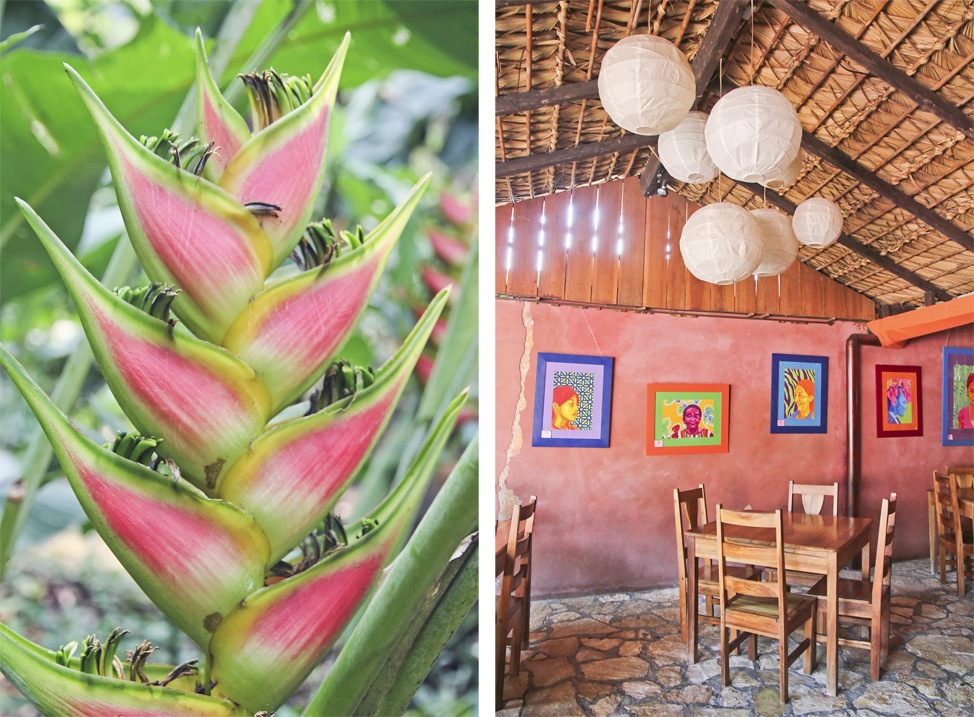 Due to my unexpected detour over to Guatemala City, I arrived in Honduras with only nine days to go until my flight out of Central America departed from La Ceiba. On a previous trip to Honduras in 2010 I’d visited Roatán, Utila, and La Ceiba, and so I decided to dedicate some of my time to somewhere new — the tiny mountain town of Copan, just over the border from Guatemala.

While geographically close, I felt far away from the country I’d just departed — there was a new currency, a palpable rise in temperature, a noticeable increase in visible firearms, and, thanks to gaucho culture, a strong penchant among the male half of the population for cowboy hats. 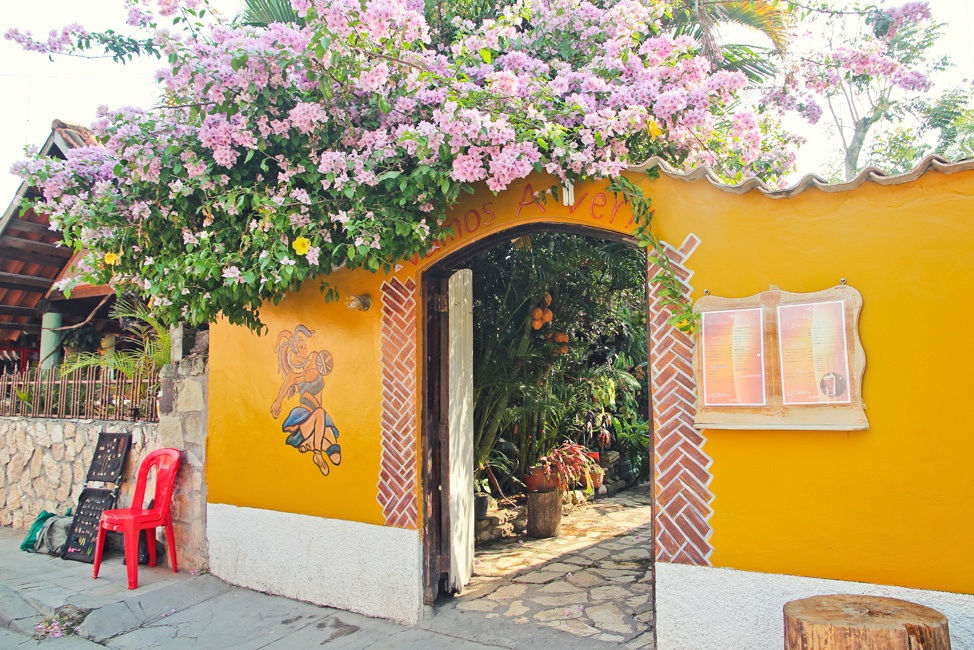 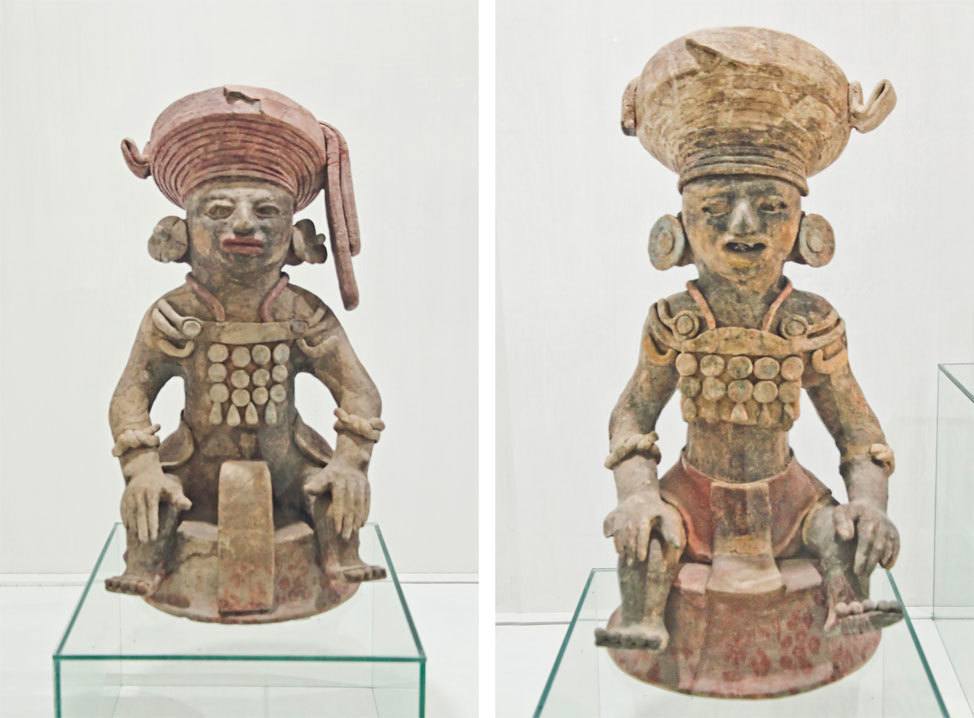 The town of Copan is teeny tiny, but packed with charm. I checked into Via Via guesthouse, where I shared an adorable private room with Polly, a girl I’d met in Semuc Champey, and also dined on many a delicious meal. Also worth raving about were San Rafael, which had one of the most beautiful selections of bread and cheese I’d seen anywhere in Central America, and British Colonial House, which lured me in with promises of Thai curries and delivered in the most delicious kind of way.

But I did more than eat and sleep — I swear. Copan proper is light on sights, and after one wander through town with a camera and one quick loop through the teeny Museo de Arqueología Maya, I felt like I’d seen it all. The surrounding valley, however, is rich with sights and activities for travelers, from horseback riding excursions to a working chocolate farm to an elegant hot spring. One afternoon, after a morning on my laptop, Polly and I set off for one of the most popular of them all — Macaw Mountain. 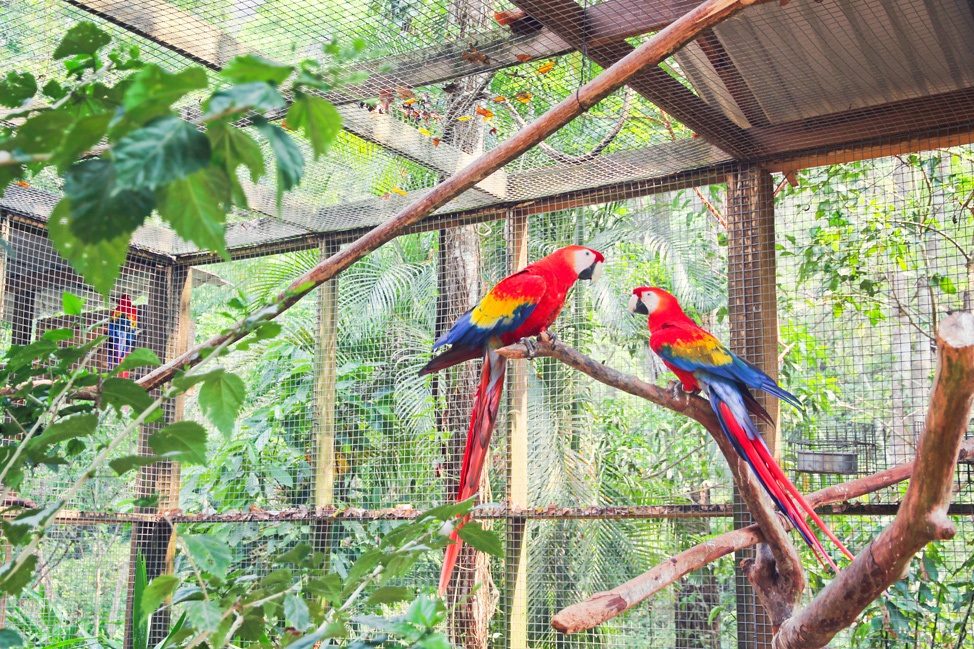 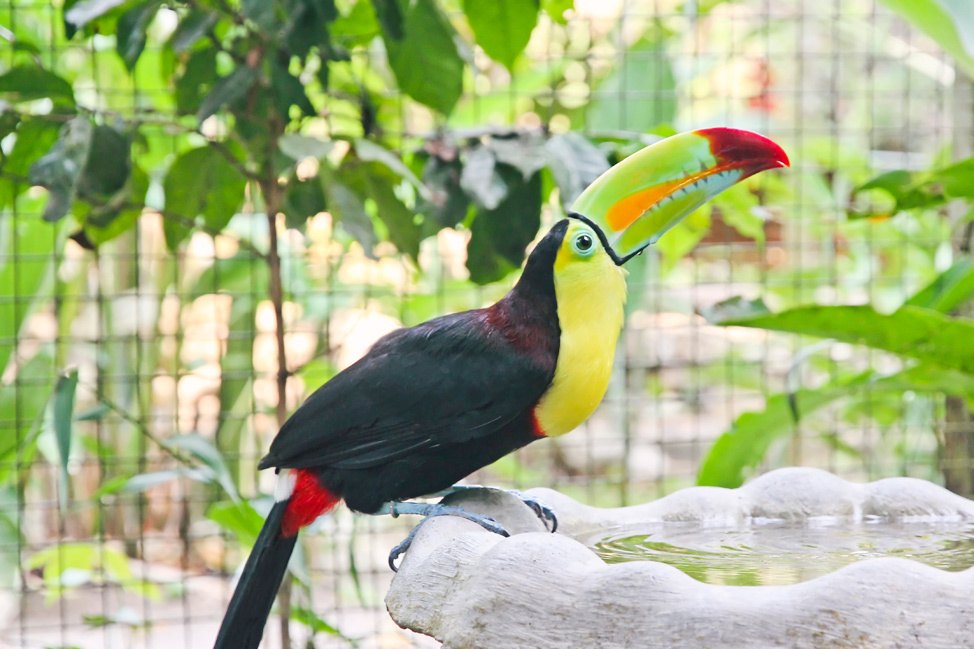 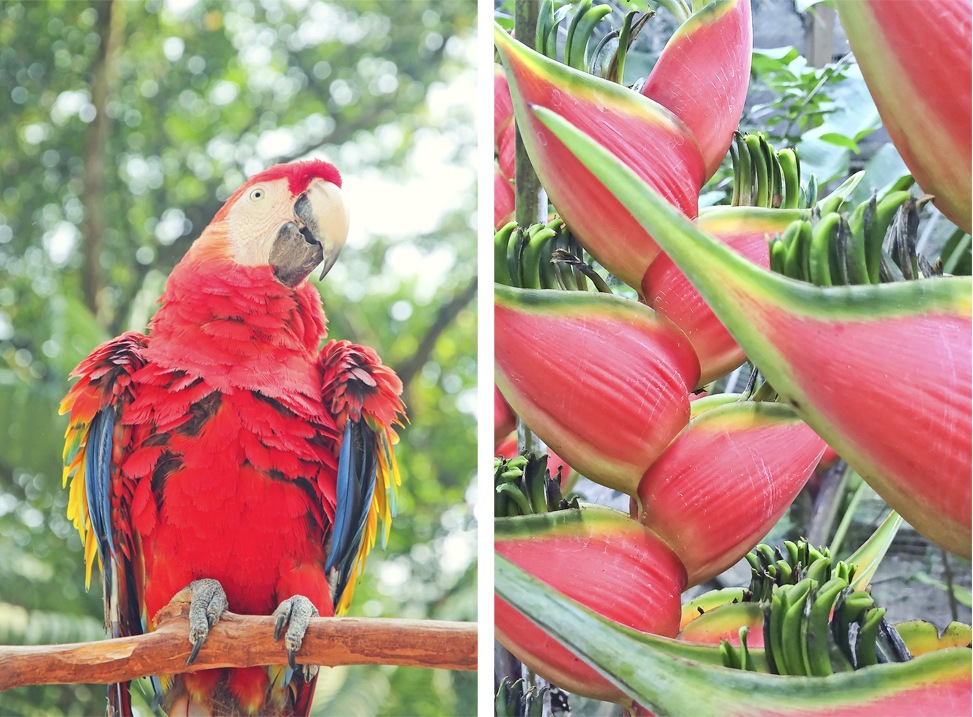 Macaw Mountain began as a private collection of rescued macaws in Roatan in the 1980’s. By 2000, there were more than 100 birds being cared for and thus they were relocated to Copan, where they they would have a dedicated facility for their care. Most of the birds in the park are former pets that the owners were no longer willing or able to care for — some were foreigners who returned to their home countries and were unable to bring their feathered friends with them. The rest are wild birds that were injured or ill and turned over to the park by animal services — in those cases, they try to rehabilitate and release the bird. However, birds born in captivity typically can’t be released back into the wild. While I’m sad that so many pet birds have been abandoned by their human companions, I’m glad they have a place to go as safe and beautiful as this.

Macaw Mountain is more than just pretty, though — the park was educational and informative, and highlighted the close relationship between macaws and the Mayans, who revered them as sacred. 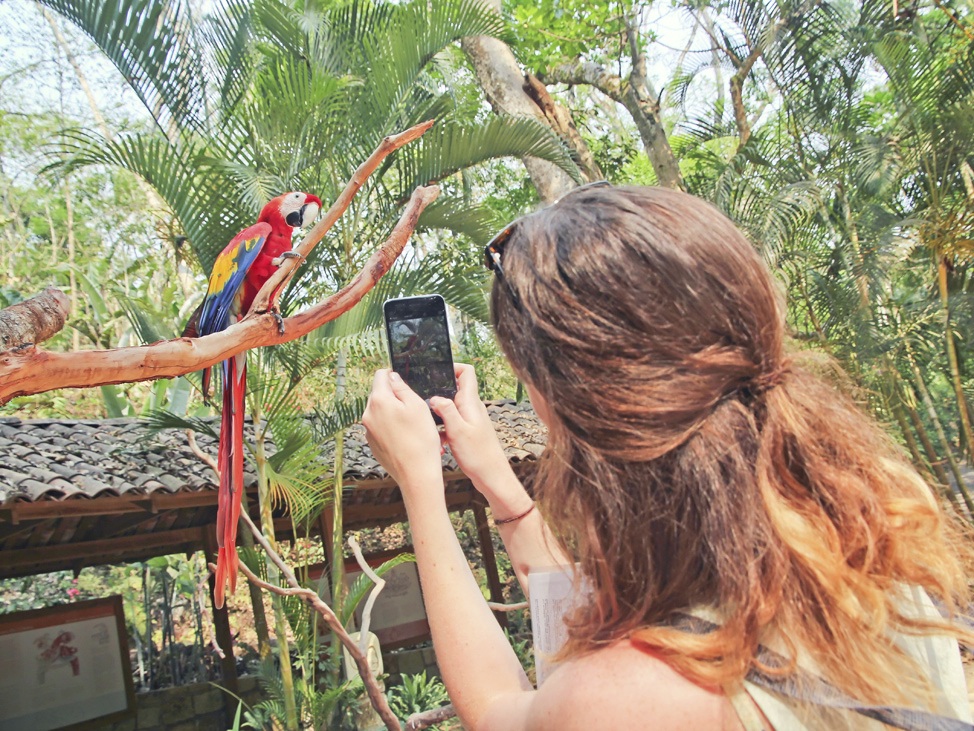 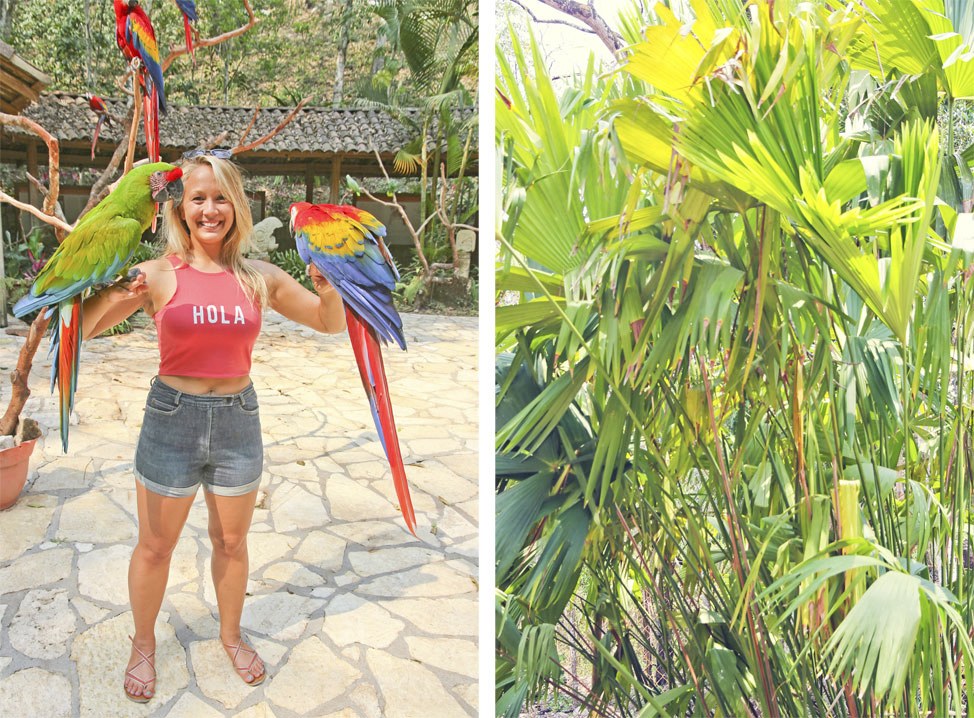 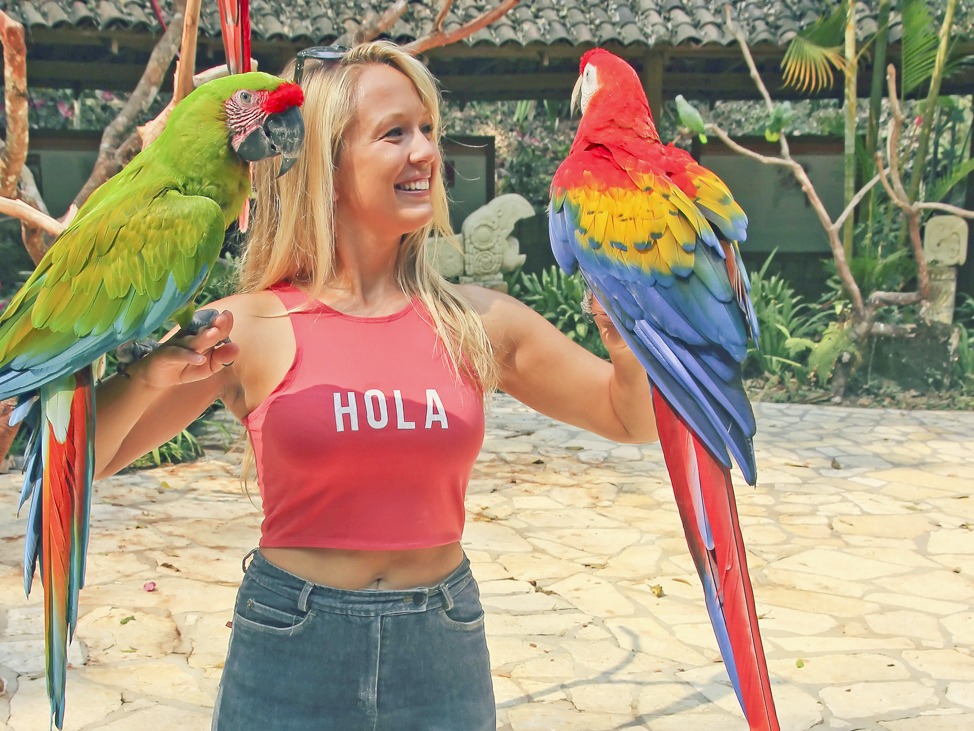 The highlight, of course, was the final section of the park, where human-friendly macaws are hanging out ready to greet visitors. A park employee who knew the name and temperament of each bird was nearby, ready to make introductions and interpret body language to let us know when a bird wasn’t in the mood to socialize.

Thankfully, I found one willing to selfie with me. 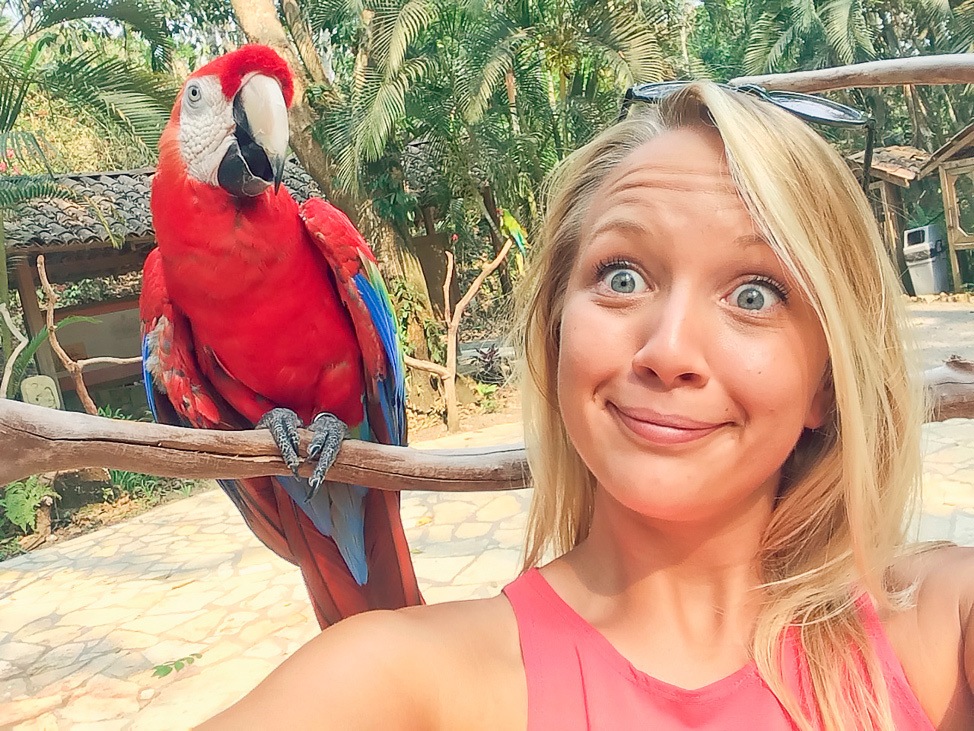 Later, I was ready for the big one — Copan’s namesake Mayan ruins. Having already been to Tikal in Guatemala and Xunantunich in Belize, I was somewhat concerned that I’d be ruined out, the Latin American version of templed out; a condition that affects travelers across Southeast Asia. But Copan had a few things working in its favor. First of all, it was walking distance from town, which made this bus-averse traveler extremely pleased. Second of all, it’s a fairly small site, and the rumor has it that’s it’s one spot that’s easy to explore without a guide.

So off I went, first thing in the morning, to explore before the day’s heat and crowds followed me in. 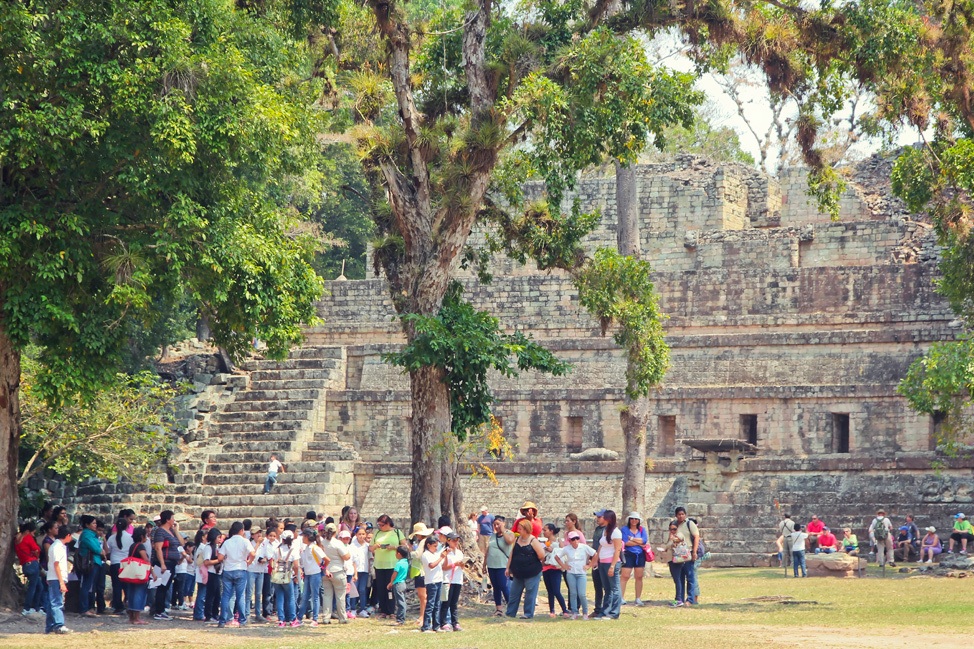 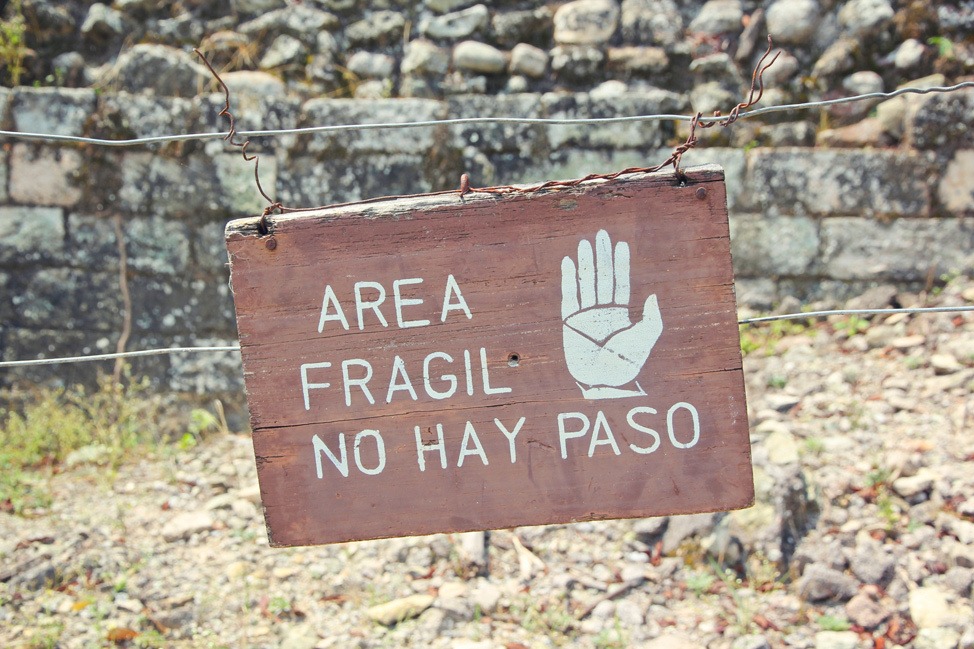 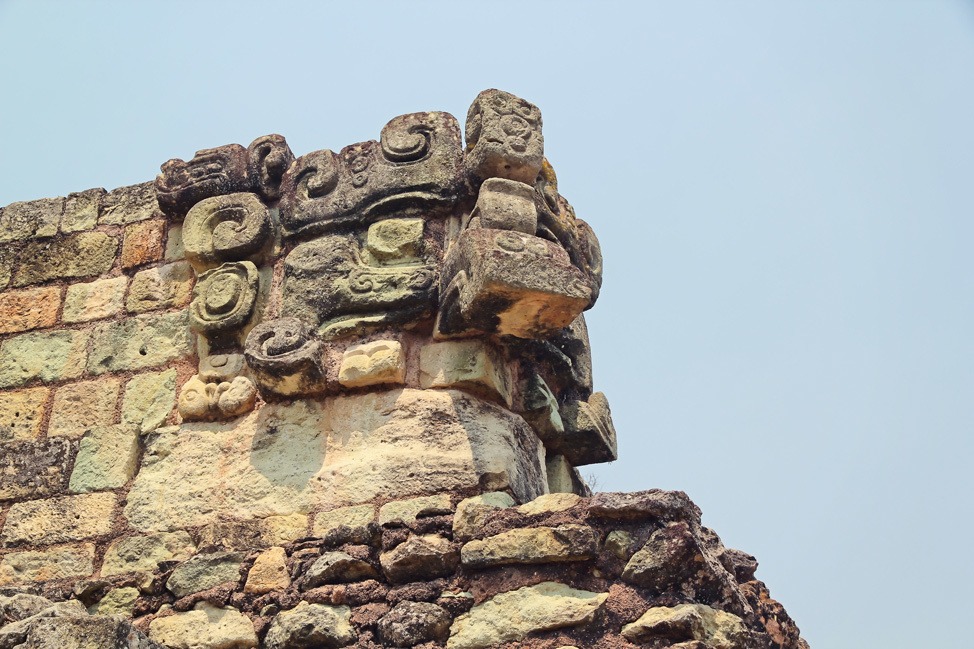 After paying my $15 entrance fee, I snapped a photo of a wall map and started wandering. Like the other two I’d visited on this trip, this is a true jungle ruin, and the surrounding canopy pulsed with life. There were plenty of walking trails leading into the jungle that I’d have loved to have taken were I not alone, but considering I was solo I went straight for the main event.

I was delighted by what I found. While small and relatively squat, the Copan Ruins featured the most beautiful and intricate carvings I think I’d ever seen at a historical site. I couldn’t get enough! 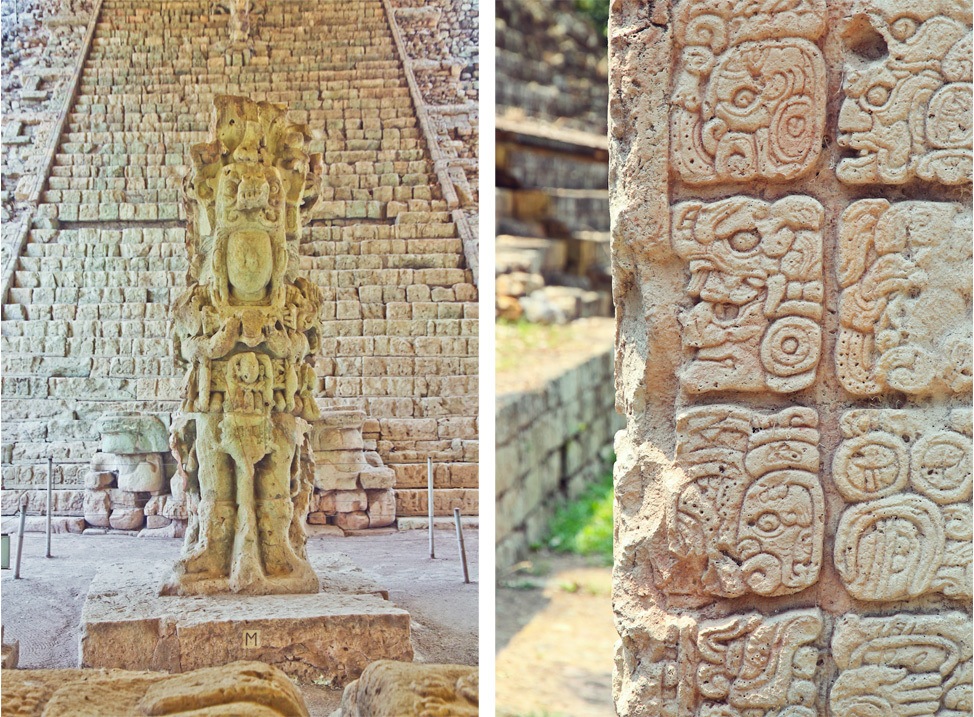 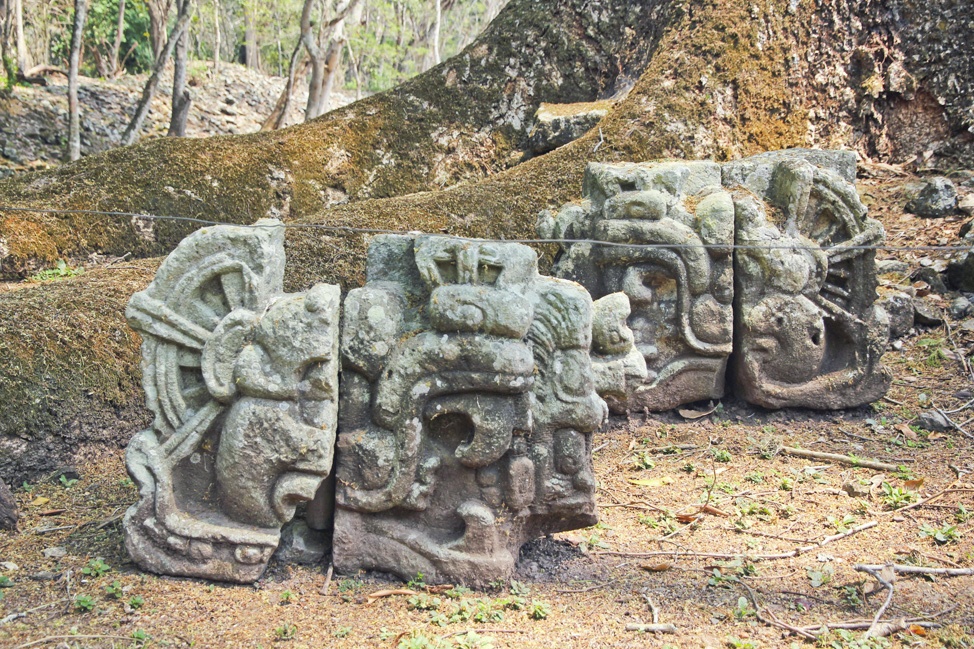 One motif in particular looked mighty familiar. I guess those guys at Macaw Mountain knew what they were talkin’ about! 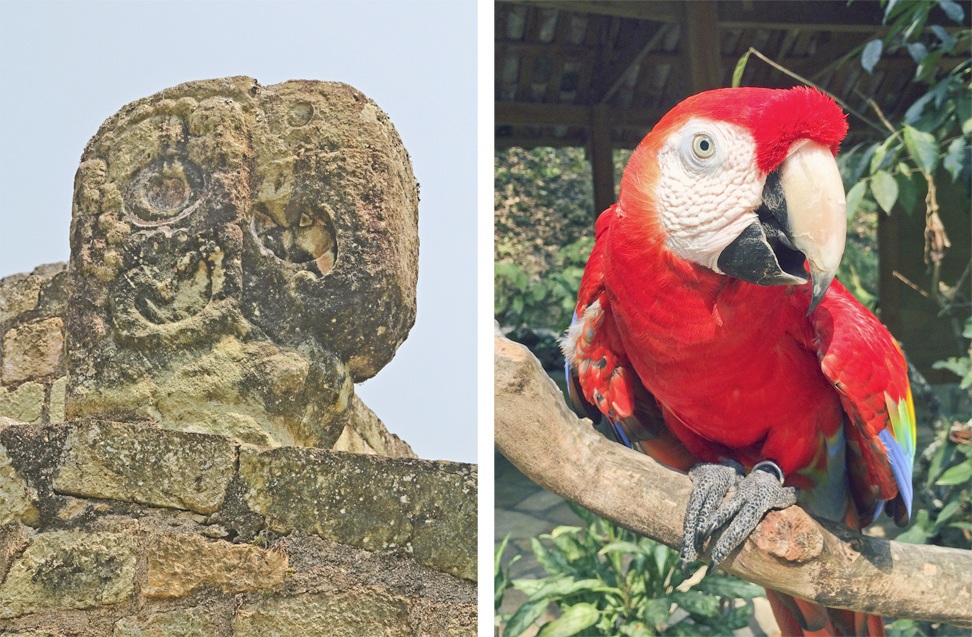 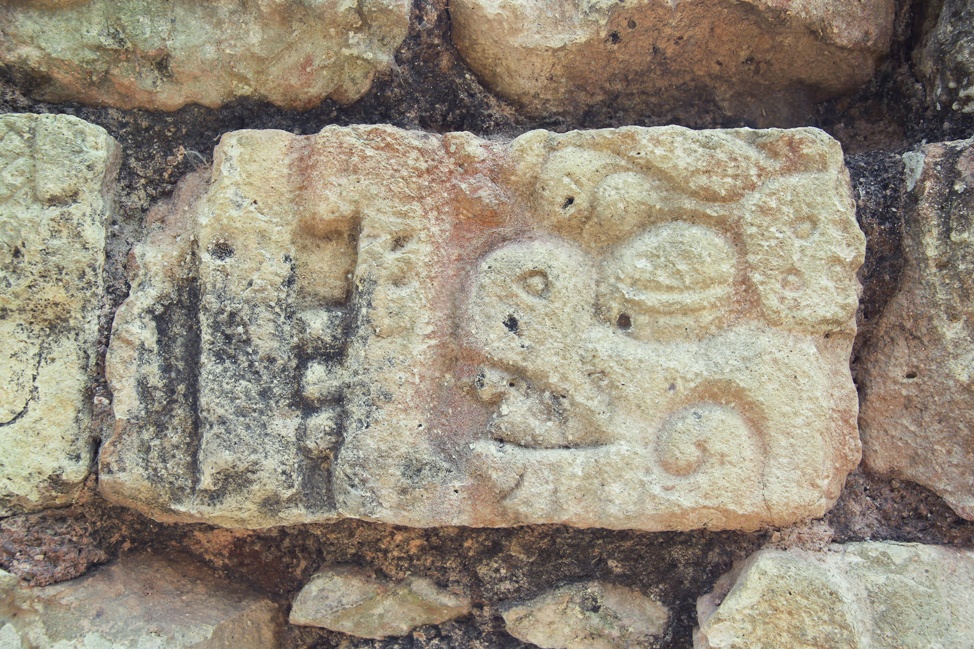 The ruins of Copan might have been no more than a half-day’s entertainment at most, but I sure did make the most of it — I could have stayed longer too, had I visited the onsite but separately ticketed Sculpture Museum. I was planning to do so but ended up not having enough cash and being kind of tired and not really caring, so all is well that ends well. I saw some pretty badass sculptures right there at the ruins, anyway.

Some of them just begged for matching mean-faced selfies. Those Mayans really had RBF nailed, don’t you think? 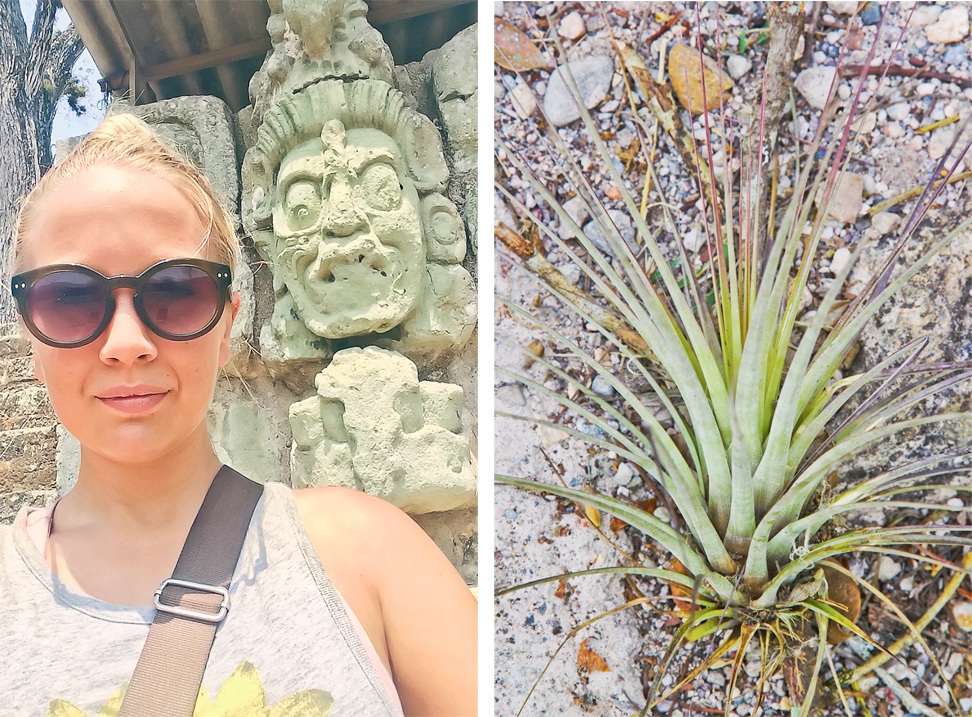 My time in Copan was short and sweet, with an emphasis on the sweet. I spent three nights here and thought it was a good amount of time to check out a few of the areas attractions as well as soak up some of the languid mountain air.

Though practically they really don’t make it easy for you (see my transportation section below), theoretically, Copan is the perfect stopover between Guatemala and the Bay Islands, where most travelers to Honduras are eventually headed. Including, as it turns out, me…

Next stop, Roatan! Have you ever visited Honduras? Where did you go? 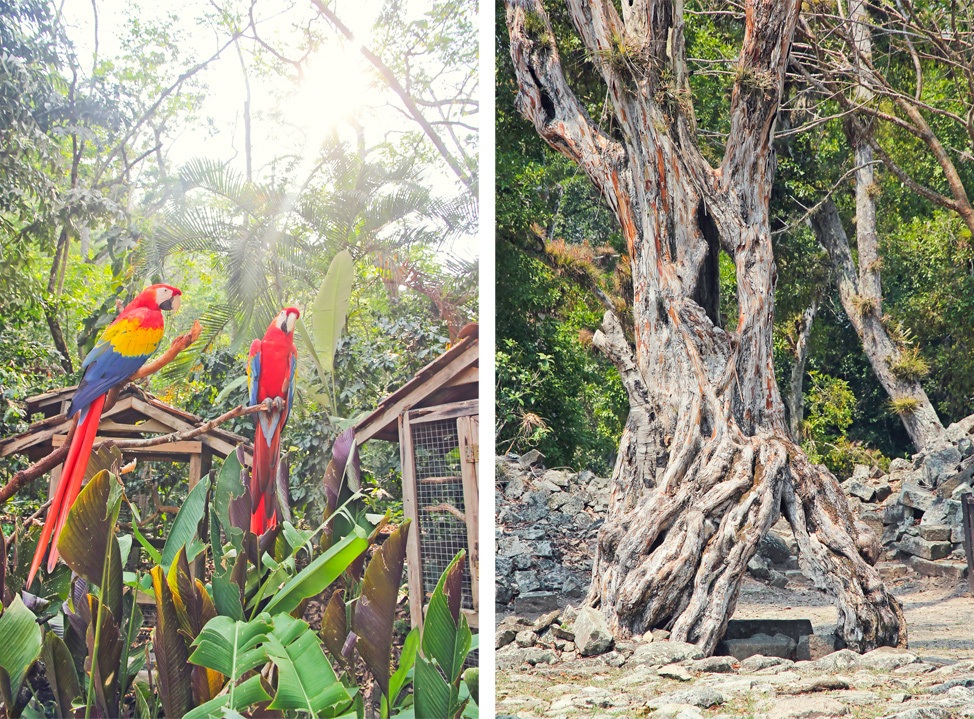 Where I stayed: Vía Vía, which no longer has dorm rooms available as advertised in many guidebooks. That said, private rooms with private bathrooms are a great value at $10 per person.

Where I ate: As referenced above, great best are Via Via, San Rafael, and British Colonial House. Smoothie shacks are scattered around town and make for a great breakfast or snack. The only place I can’t recommend is Twisted Tanya’s, where both I and my dining companion were underwhelmed.

How I got there: Direct shuttles from Antigua take 6-7 hours and cost around $30USD — I was able to get one to pick me up in Guatemala City, from where it takes 5-6 hours to reach Copan. That part was easy. Getting from Copan onward to anywhere else in Honduras, however, is a pain. I was shocked to find there was no shuttle between Copan and Le Ceiba, where travelers catch ferries to the Bay Islands, considering these are the two biggest tourist draws in the country.

But after inquiring at literally every travel agency in town I received just one answer: you must go by public bus. (There is also a more expensive and luxurious bus company, Hedman Alas, that provides connecting service with just one stop to La Ceiba — but it arrived too late in the day to take the ferry, which takes on an overnight in La Ceiba to your trip.) In order to travel from Copan to either Roatan or Utila in one day, you need to leave on either the 5:00am or 6:00am bus to San Pedro Sula, connect in San Pedro Sula to a bus to La Ceiba, take a cab from the La Ceiba bus station to the La Ceiba ferry terminal, and then take a ferry to your island of choice. With memories of seasickness from my last ferry ride lingering in my mind, I decided to cut out a step and fly from San Pedro Sula directly to Roatan for $74. Including the $6 I spent on the bus and the $15 I spent on the cab to the airport, it was an expensive day, but I thought it would be worth it. Instead, it turned out to be one of the most disorganized and hectic airport experiences of my life, saved me zero time, and scared the crap out of me. At least I can say with confidence I won’t fly with SOSA ever again! If I could do it all again I’d just bus all the way to La Ceiba, and at least save some cash while suffering through a painful travel day.

Bonus tip: There are a number of high-end spas in the area, but for an affordable option right in town ask about massages at Via Via. A masseuse nearby has a small studio set up in her home where she gives hour long massages for 600 lempiras (about $27 USD). I had a full massage one day, and a half-hour foot massage on another!

When The Traveler Goes To Art School: La Red