While I was very excited to show Anders around my hometown of Albany and my childhood vacation destination of Martha’s Vineyard, he was understandably most excited to shown around the city of my most recent residence: New York.

He could only take so much time off work, so our time in the Big Apple was limited to a mere two and a half days. However, I realize plenty of people come to the city for a weekend getaway — so consider this post my first timers’ guide to a weekend in New York.

Our “weekend,” however, began on a Sunday morning. So we did as any good city dwellers do and headed to a nearby buzzed-about brunch spot. Friends Steffi and Chris joined us at Palmers, which was chosen for its location between our Crown Heights digs and our DUMBO final destination. 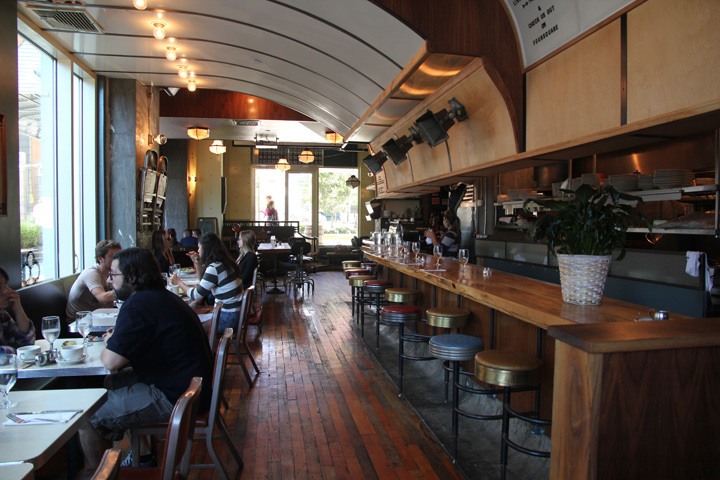 When we practically rolled out the door I remembered one of the reasons I love New York so much. New Yorkers walk an average of seventy billion miles per day — that’s a scientific figure, obviously — which means we can pretty shamelessly stuff our faces with the assurance that we’ll work it off later.

And so off we waddled to DUMBO, the magical land beneath the Manhattan and Brooklyn bridges. We took a quick obligatory stroll over the Brooklyn Bridge, which was a prime excuse to take part in another favorite New York pastime — loudly bitching about the number of camera toting tourists doing, you know, exactly what we do when we go to other cities. 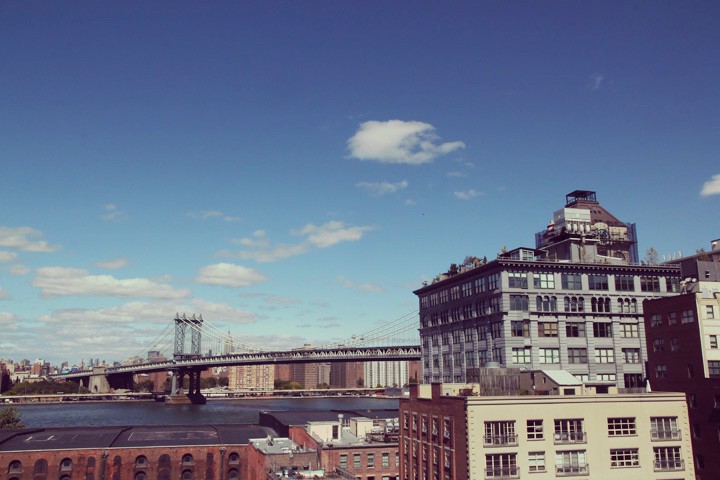 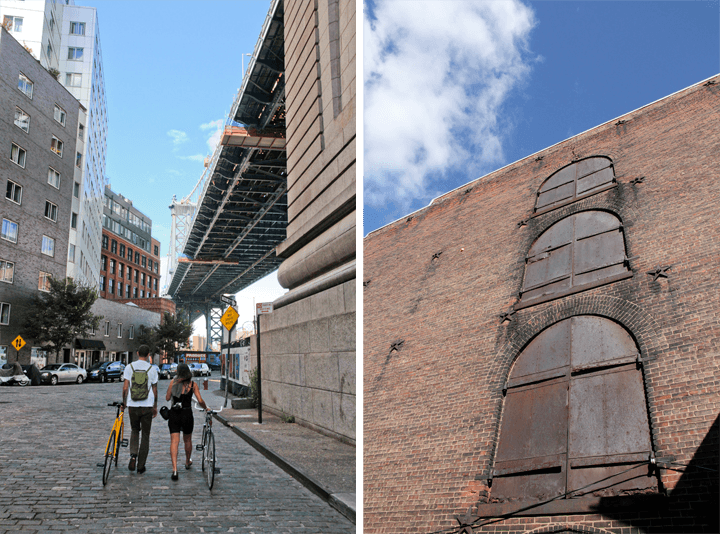 The weather could not have been more beautiful on this late September day. I miss this city big time, and visits like this — filled with friends, familiar favorite haunts, and clear blue skies — pull at my heartstrings something fierce. 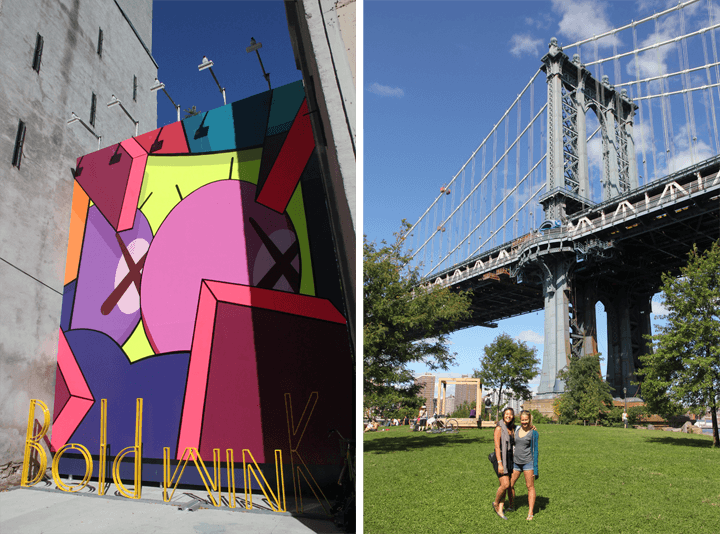 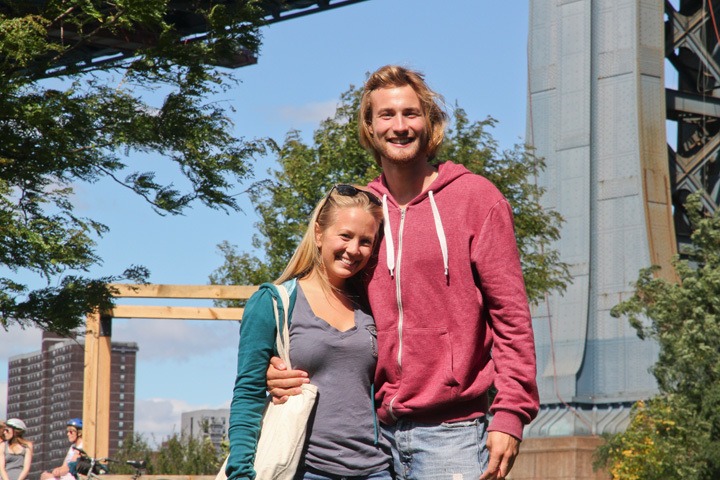 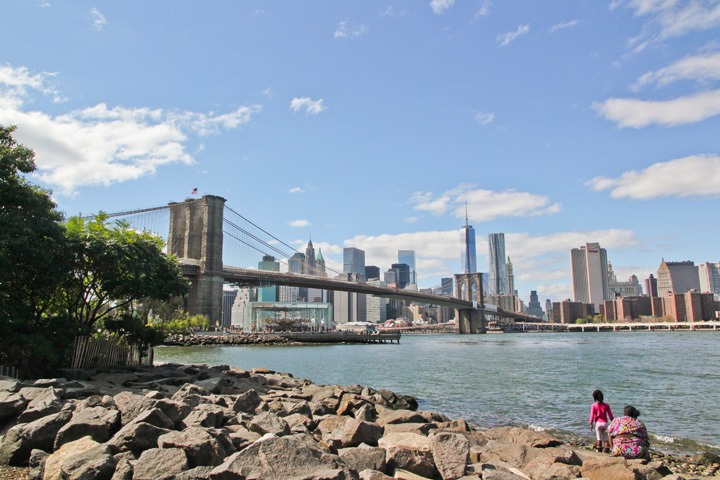 We mostly relaxed and lolled around the park and people watched, and bided our time until it was socially acceptable to dig into our next meal — a sampling of local treats from weekend food vendors set up inside the historic Tobacco Warehouse. I settled on mango juice and nutella s’mores.

I was actually feeling a little guilty that we weren’t doing more “sightseeing” at this point, and checked in with Anders to make sure he was enjoying the day. “If this is how real New Yorkers do Sunday, that’s what I want to see,” he assured me — but with a much cuter accent. 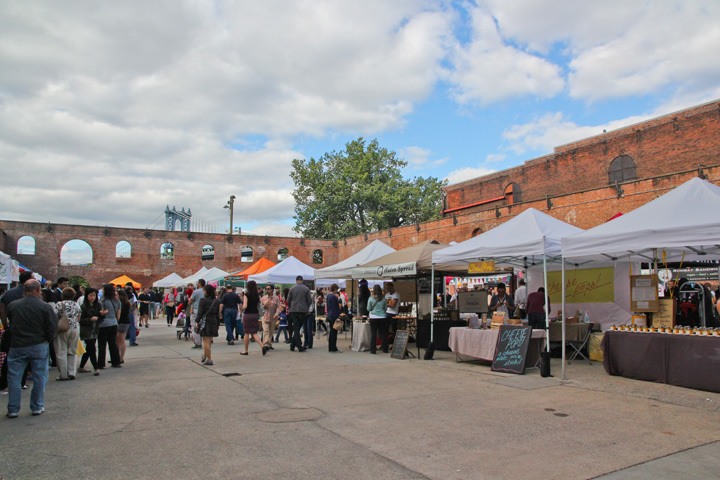 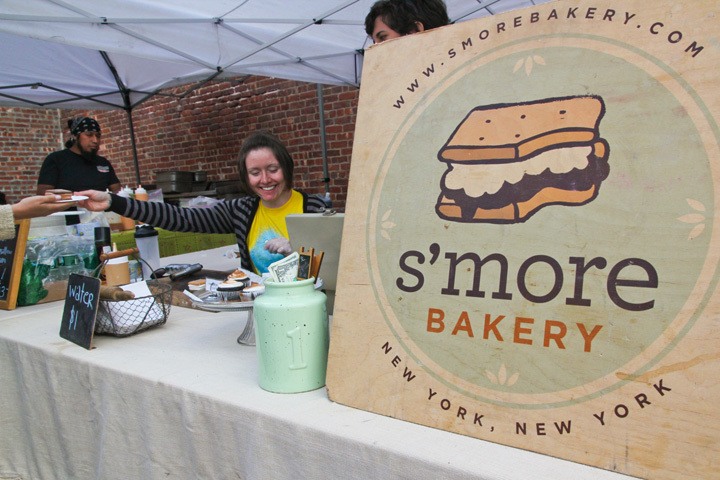 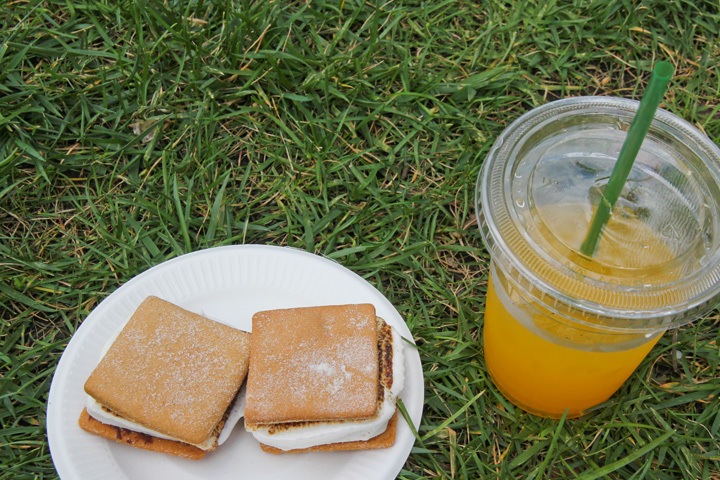 The next morning we set off for Manhattan. Obviously our first stop was to the Union Square location of the fabled Chipotle, which Anders had heard me mention once or twice — it was a hit. From there, we started strolling north, hitting all the major sights and monuments along the way, content to enjoy the free views from the outside rather than fork over major entrance fees. (Are you kidding me, Empire State Building? Thirty four bucks?)

I haven’t taken my real camera around the city in years, so it was actually quite the fun outing for me as well, despite having walked these streets so many times before. 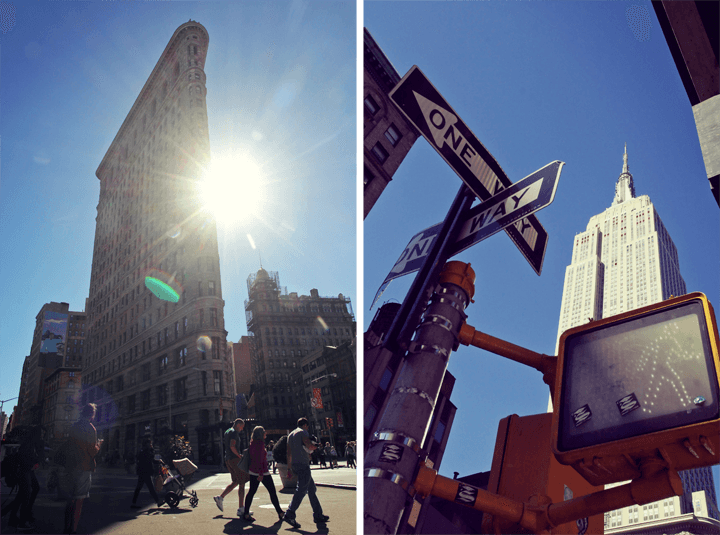 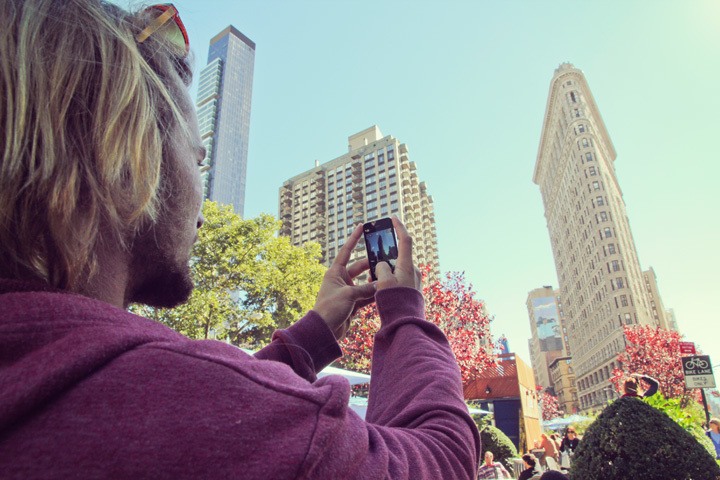 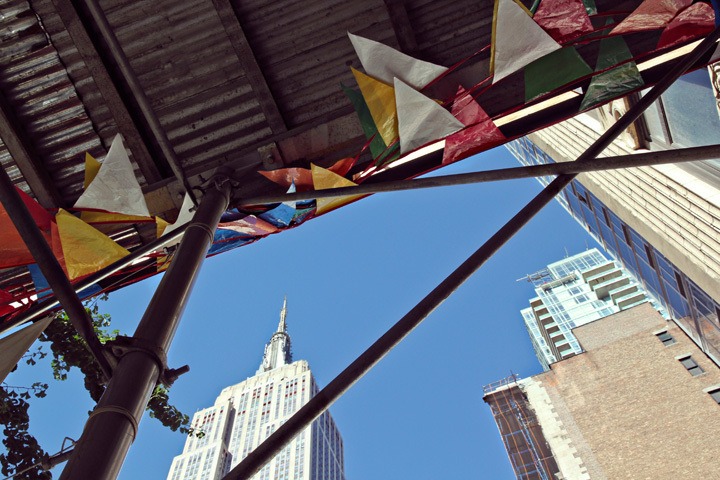 We took a brief Red Mango stop before hitting Times Square. Gotta introduce the European to all my favorite American chains! So far we had walked over twenty blocks and a couple avenues, but we forged ahead. Times Square is what it is — I’m kind of desensitized to it at this point but Anders loved it.

I may not have been too entertained by my surroundings but I did laugh myself silly when a baffled barista renamed Anders to “Handers.” 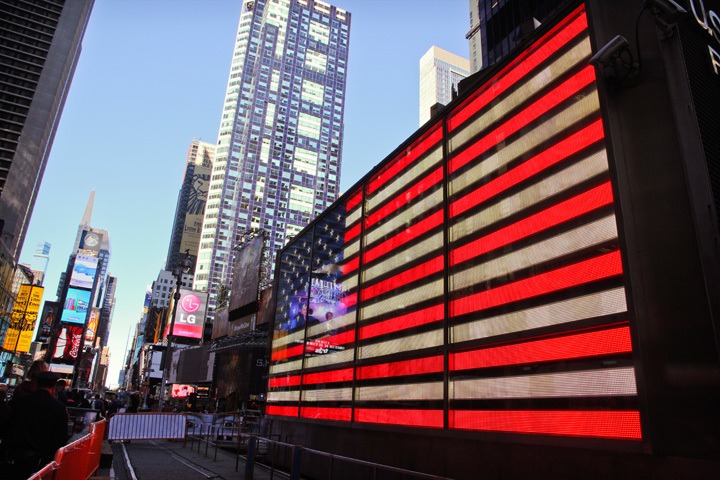 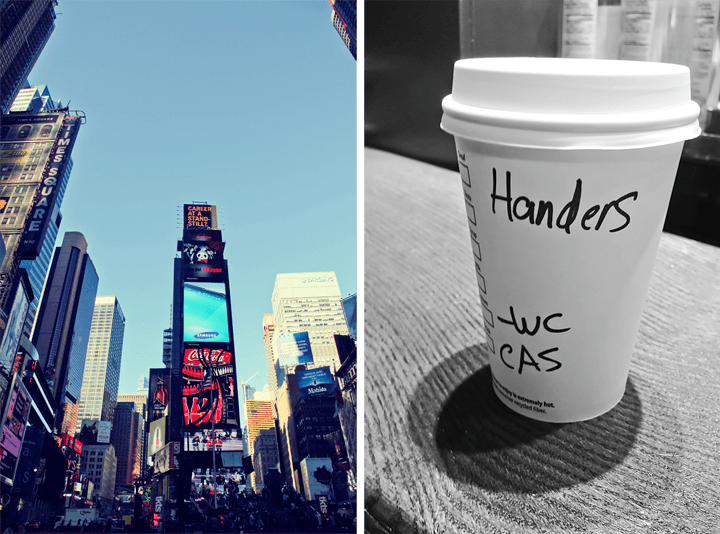 We hit our final destination of Central Park right at what I like to call by its official name, Pretty Light Time. Even this seasoned city girl was impressed by the views. The day had taken us across more than sixty blocks and four avenues by foot, and hadn’t cost us more than subway fare and food bills. Along the way we checked off several New York icons — Union Square, The Flatiron Building, The Empire State Building, Times Square, and Central Park. 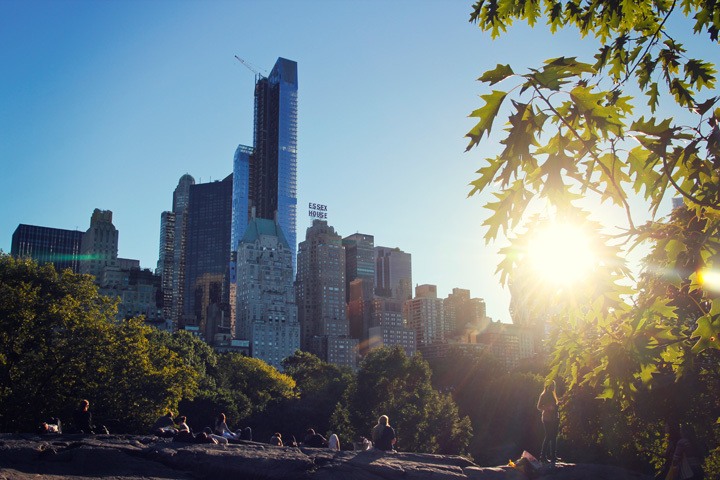 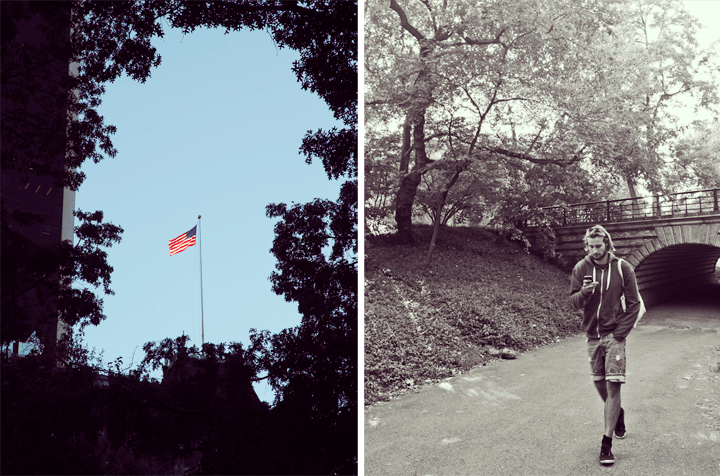 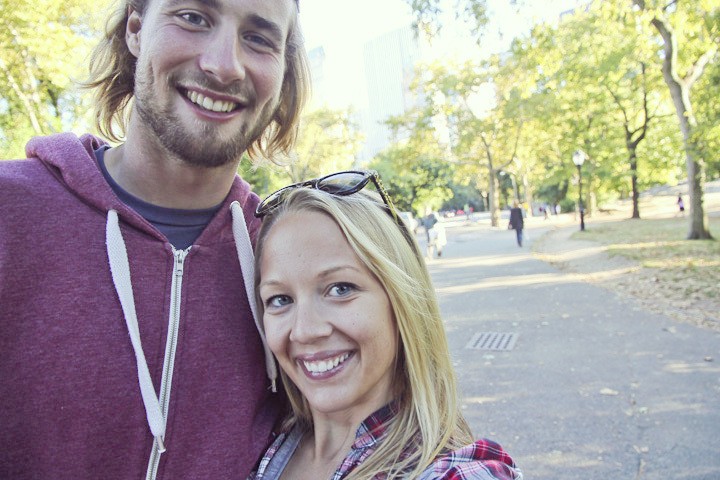 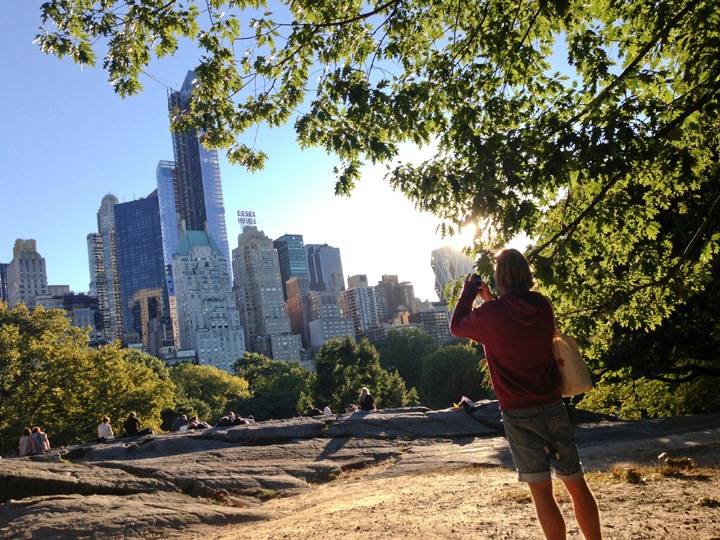 We kicked off Anders’ final day in the city with a trip to Lower Manhattan and a solemn visit to the Ground Zero Memorial site. I was feeling quite emotional and didn’t take any photos, though you can see the site through my lens from my previous visit. I look forward to the memorial museum finally opening in the spring.

Our final stop on the whistle-stop tour of New York’s highlights was a first for me as well — a State of Liberty viewing ride on the Staten Island ferry. I had originally wanted to take Anders to Liberty and Ellis Islands to see the lady in green up close, but I learned Ellis Island was actually closed that week. So due to time and money constraints (and the lost value — ticket prices were the same despite half of the trip being skipped) we went for the free DIY version instead. 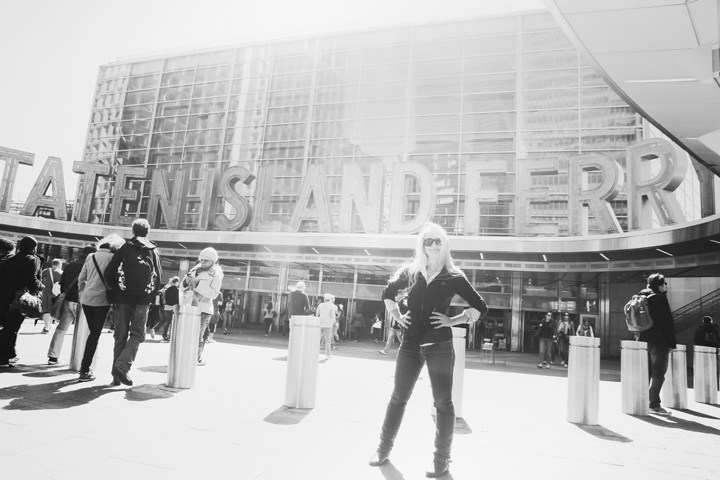 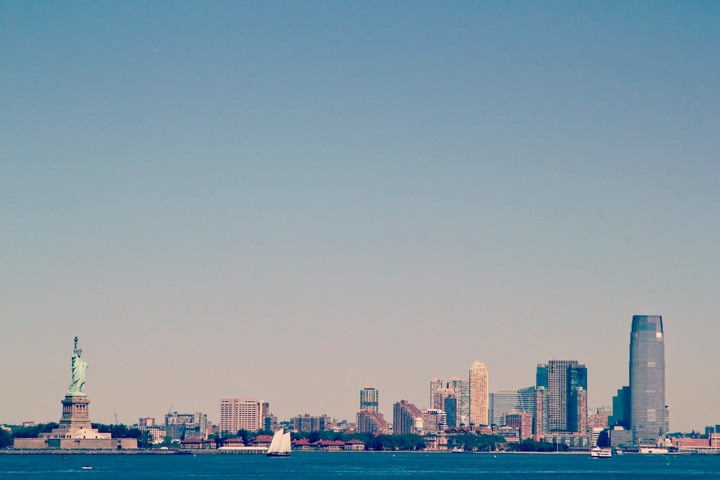 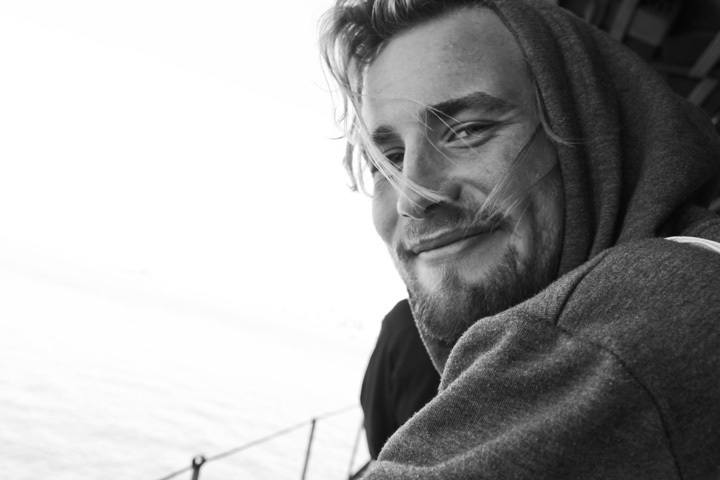 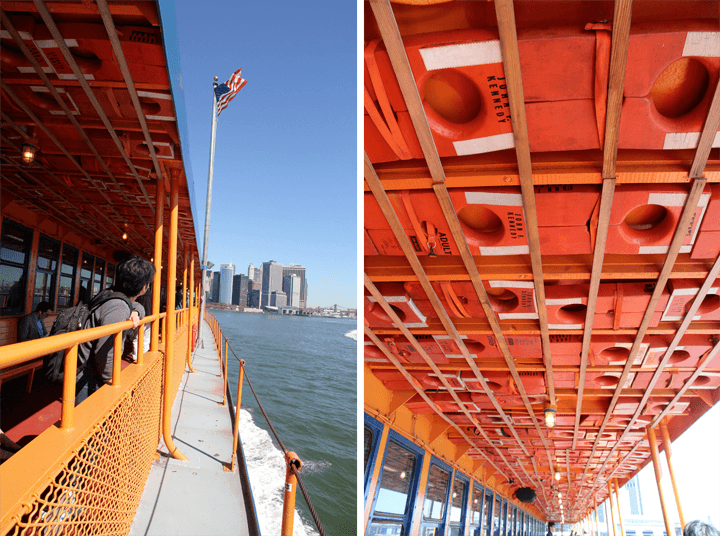 It was the perfect end to an active and affordable weekend in New York. My rare time in the city these days is spent in hibernation working punctuated by whatever time possible with friends, so it was quite fun to get out and play tourist again. And, as sitting in my friends’ apartments with my laptop and ordering takeout does not a great post make, I rarely get to blog about it either. Which is a shame — there isn’t nearly enough NYC pride around these parts. Till next time, New York….

The Gulp Coast For Non-Beer Drinkers: Taking a Sip of St. Pete’s Wine and Cider Scene