Once upon a time, I wrote a Budget Breakdown post for my trip to Honduras — one I cobbled together from data diligently recorded on the back of an envelope containing my lempiras. I intended to do so frequently along my travels, but it didn’t really work out. Most of my trips just aren’t suited to helpful budget posts — my months of expat life in Thailand wouldn’t reflect the spending of a typical traveler, and my whirlwind trip to Vegas consisted of a hotel suite I won at TBEX and activities comped for freelancing assignments. My six weeks in Indonesia were spent sleeping in a cheap room with a mattress on the floor completing a grant-subsidized Divemaster program, and I wasn’t the one signing the receipts on my mom-sponsored family trip to Iceland. So while I’ve been recording my daily travel spending using Trail Wallet ever since picking up the iPhone, I haven’t gotten much of a chance to use it. My whirlwind three weeks traveling with the lovely Heather through the Philippines finally gave me an excuse to flex those Excel muscles once again!

I hope this spending breakdown will serve as both a resource to future travelers and an outlet for all of you to laugh at my overspending. But truly, I always appreciate when another blogger shares their number crunching for the voyeuristic audiences out there (Globetrotter Girls do great budget posts!), and I want to return the favor when possible.

Notes: Prices are in USD using the Philippine Peso conversion rate as of March 2013. In order to be transparent, in these Budget Breakdown posts I will note the rare occasions in which I was comped something as part of a partnership or sponsorship.

In total, for a 21 day trip through the Philippines, I spent $72 per day including flights, $50 per day without. How did it all break down? 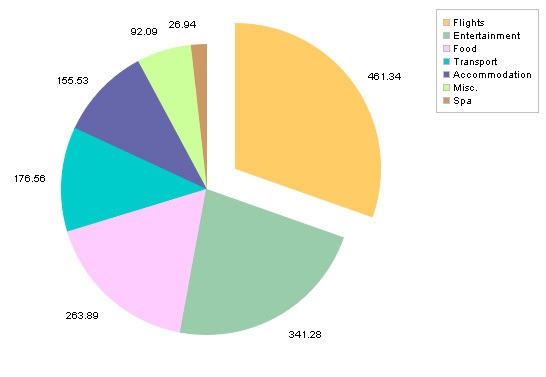 Cost of Flights in the Philippines / $461

My flight into the Philippines from Bangkok was $202. Not bad, right? But flights were my primary budget buster once in the Philippines as well. Inter-country flights included a $59 fare on a flight from Manila to Legazpi (avoiding a twelve hour bus ride and a twelve hour connection), $100 on a flight from Legazpi to Cebu (avoiding a twenty four hour long ferry only departing three times a week) and another $100 on a flight from Cebu to Manila (avoiding another twenty four hour long ferry). I rarely take domestic flights — I’ve taken one in all my time in Thailand! — but the Philippines was an exception. Travel is painfully time consuming here. As I mentioned above, those three short flights saved us about five days of travel time — no exaggeration. And with my limited time in the country and Heather’s limited travel time altogether, this major budget buster was just a necessary evil.

I don’t regret these flights as they allowed me to see diverse parts of the country in a limited time. However, they did make my wallet weep and had I been staying twice the time I would have eliminated the final two flights and gone for much cheaper ferries. But I admit that I have reached the point in my travels where if I can avoid a 12 hour bus ride (which would have immediately followed another previous, unavoidable 12 hour bus ride) with a $59 flight — by God, I’m going to do it. 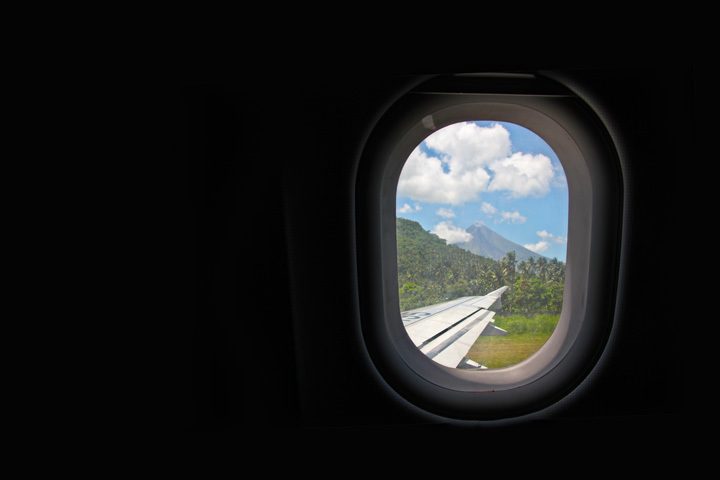 Cost of Entertainment in the Philippines / $341

After flights entertainment was my biggest expense in the Philippines — which will come as no surprise to any divers out there. While diving in the Philippines is relatively cheap compared to the rest of the world it is pricey compared to, say, sitting in a hammock and contemplating the state of your pedicure. I did seven dives and one snorkeling trip — I paid $73 for two dives at Gato Island and $65 for two thresher shark dives in Malapascua, $86 for a three dive trip off Donsol, and $22 for a whale shark snorkeling trip in Donsol. I received small discounts for having my own dive gear.

Out of the water activities are shockingly cheap. I paid $1.22 each to enter the Chocolate Hills and the Tarsier Sanctuatry in Bohol, and parted with a mere $10 for my half of a private cave tour in Sagada. Batad was the best value of all — I paid just $16 for my share of the fees for a hiking guide for two days.

While I include alcohol consumed at meals to be a part of the food category, I put “nights out” and cocktails sipped apart from dinner or lunchtime to be entertainment. This was not a party destination for me — I maybe had sunset cocktails once and two big nights out, the biggest setting me back $18 (note that I drink cocktails and not beers, which doesn’t help the budget.) Activities and entertainment are my favorite categories to throw money at — at around $16 a day I don’t regret a single peso.

Note: I went on a comped day trip from Manila in order to complete a freelance writing assignment. 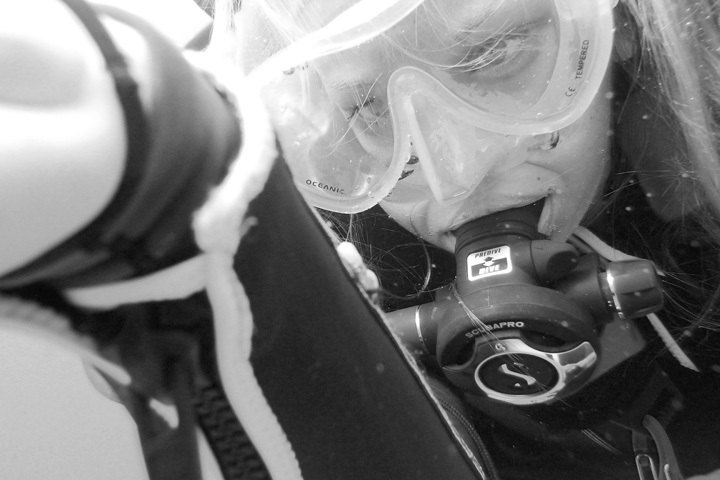 From a 12 cent bakery-bought breakfast to an indulgent $12 dinner, the prices I paid for food in the Philippines were all over the place. It didn’t help that we didn’t really love Filipino food, so we went to a lot of pricier foreign restaurants. Not to mention that once we got to the islands I was desperate for wifi and often splurged on lunch at fancy hotels just to mooch off the internet all day.

On a budget? Bakeries are by far the cheapest way to eat in the Philippines. Bring a Steripen to avoid paying obscene amounts for water. Looking to splurge? Head to Bohol Bee Farm, where we had the best meal of our trip. I averaged $12 a day on food and drink. 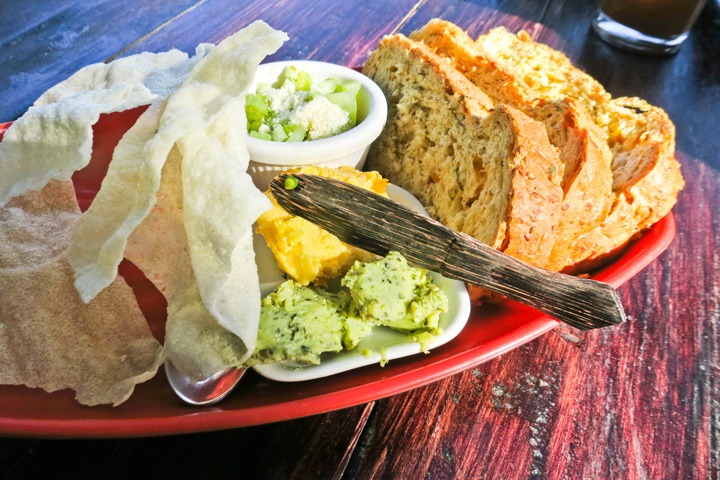 Cost of Transportation in the Philippines / $177

While flights warranted their own category, this one is made up of cabs, buses, trikes, jeepneys and ferries. Local transportation in the Philippines was reasonably priced, though it didn’t help that we were on the move so often. The overnight bus from Manila to Banaue was a reasonable $12, a jeepney from Banaue to Bagiou was just $5, and a ferry from Cebu to Bohol was a fair $10. Unfortunately on my first day I was swindled out of $30 by a taxi driver, which added over a dollar a day to my $8 daily transportation cost. 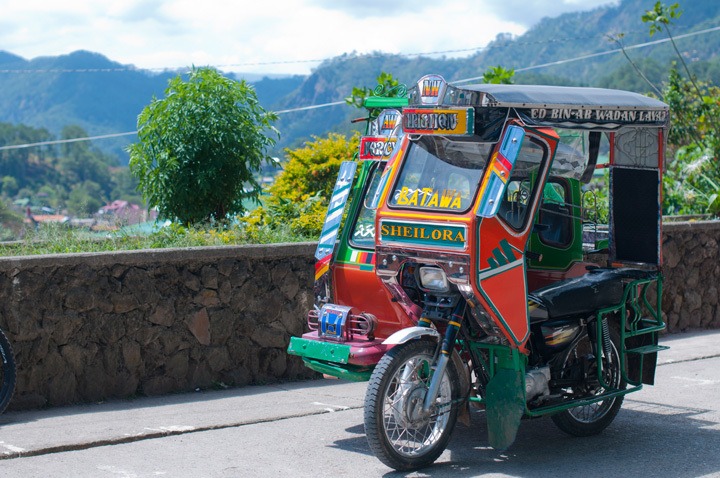 Cost of Accommodation in the Philippines / $156

In the Cordilleras I spent as little as under $5 a night on a room share. Once I reached the beach, however, I was paying just over $13 a night for my share in a room — Heather offered to pay a higher percentage for nicer places than my budget allowed (and I was happy and grateful to accept!) My accommodation costs averaged $7 a night, which is pricey considering I had several nights of free lodging in Manila and shared rooms every other night of the trip but one. Often we were staying at the cheapest or near cheapest we could find — there wasn’t much flexibility traveling in peak season!

Note: I received a free stay at the Pink Hostel in Manila as part of my partnership with Hostelworld. 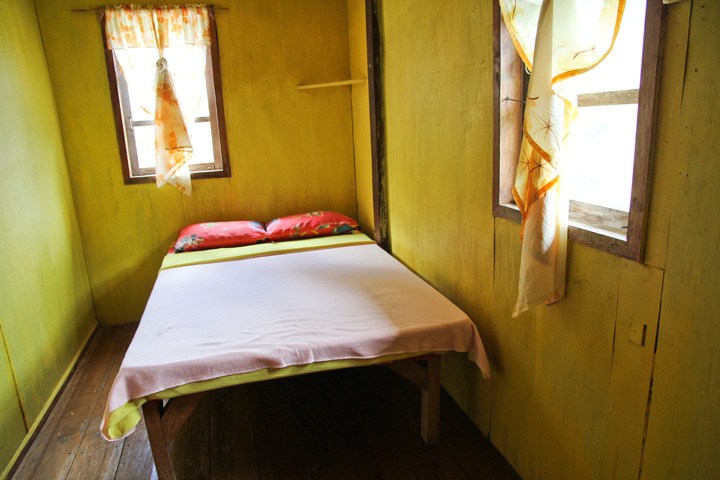 This catch-all category includes a $20 departure tax, an $11 airport tax, a $10 Skype recharge, and various tips, laundry, and postage (I sent my older sister a gift I had bought her in Thailand, which cost over $10 to mail!) I also made one souvenir purchase… a pair of sunglasses for less than $4.

Cost of the Spa in the Philippines / $27

Being the spa addict that I am, I made this a new budget category for my Southeast Asia travels. This total includes three massages and a pedicure at budget spas in Manila and Donsol and on the beach in Malapascua. 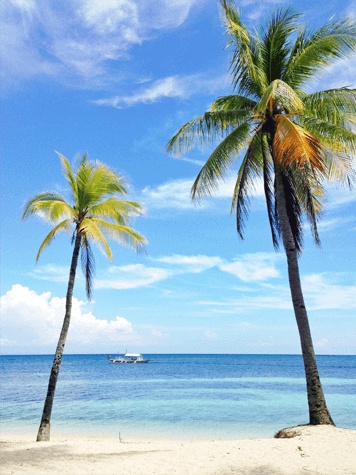 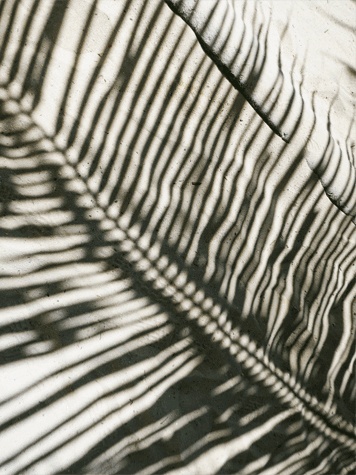 You can do it lot cheaper than I did. Either cover less ground or stay for longer, and your transportation costs will shrink. Travel during the shoulder season to avoid being shut out of cheaper accommodation and paying premiums for flights. Eat at cheaper local restaurants (but God help you if you need WiFi.) Stay away from the beach — Manila, Banaue, Batad, and Sagada were some of the cheapest destinations I’ve ever been to, easily averaging under $20 a day. Take a look at the budget of Tony and Steph at 20 Years Hence, who spent way under what I did at $38 a day.

I made this splurge of a trip work as it was just that — a splurge. I worked less — I actually had no choice in the matter, there simply was not a decent internet connection in most places — and had fun more. This was a deviation from my usual slow, overland travel in which I spend most days chilling with my laptop. For more information on how I afford to travel, read my So, How Do You Afford This post — update coming soon, I promise.

Beyond the City: A Manila Day Tour

Becoming a Divemaster: Hazing Are Bangkok’s Floating Markets Still Worth It?
112 Comments...